I last posted on October 22, 2021 and said that because I was going to be busy, I probably would not post for the next two or three weeks.  Here it is a little over fourteen weeks later and I am just now posting.  So, what happened?

I’ve attempted to write an explanation of what happened several times in the past three-plus months but for various reasons I just have not been able to do it.  Part of the problem is that events kept changing (and getting delayed) and I wanted to wait until all was finished before I wrote anything.  Also, what I was writing was too detailed, filled with somewhat interesting info (I thought), but not really needed.  I’m starting over today (February 5, 2022) and trying to keep it simple and to the point.

On August 31, 2021 I went to a urologist because I had blood in my urine a month earlier.  I attributed it to a kidney stone because I had a problem a few years earlier.  The urologist did a urine test and found there was microscopic evidence of blood in my urine.  He said very emphatically that there should never ever be blood in the urine; microscopic or otherwise. An appointment was schedule for October to examine the bladder.

On October 15 I had a CT scan and a scope inserted into my bladder (two separate procedures, the latter was not fun).  Both the CT scan and the visual inspection found a tumor on the wall of my bladder.  The doctor said I needed to have surgery and it did not have to be right away, but I should not wait a couple of months.  He asked if I had any travel plans and I told him that my wife and I were going on a road trip with another couple the last week in October.  He said go ahead and take the trip and he’d schedule surgery for when I got back if I wanted.  I said that would be fine.

This was the time when I thought that I wouldn’t be posting for a couple of weeks because of the trip and surgery.

November 2 the surgery was performed and the tumor was removed.  The bad news was it was a stage 2 aggressive bladder cancer.  My urologist said he would make an appointment for me with another urologist who leads a team specializing in bladder cancer.

About two weeks later (November 17) my wife and I met with the new urologist specializing in bladder cancer surgery.  He explained that he and two other doctors (radiology and chemotherapy) have options for my treatment.  He started off by explaining my surgery options.  One was to remove the bladder and have a tube that transfers urine from my kidneys to an external bag attached to my stomach. He explained this was an old procedure and most frequently used because it was tried and tested, was a relatively simple operation, and did not have a prolonged recovery time.  The other surgery option was to remove the bladder and create a neobladder.  After the surgery options there were two other options to preserve or save the bladder.

The first option he discussed was chemotherapy with a relatively new powerful drug that has proven to be very effective, but one must have good kidney function to be a candidate for the drug because it is hard on the kidneys.  I said I might not be a good candidate because I have reduced kidney function; not terrible but also not optimal.  He took out his phone, looked up history and said yes, I would not be a candidate.  The other non-surgical option was a combination of chemo therapy and radiation.  This was another well-established procedure.  It would consist of six weeks of daily medication and radiation, although not always both at the same time.

The drawback to this treatment was that I would have to submit to constant testing and monitoring (including the not so pleasant internal exam of the bladder) for several years.  I waws be scheduled so that during the first year I would be examined/tested every month, during the second year examined/tested every other month, during the third year examined tested every third month, etc.  I decided I wanted to try to save my bladder and go with the chemo/radiation treatment.  My urologist said he would set up appointments for me with the other two team members to get their feedback.

On November 23 I meet with the radiation oncologist and one week later (November 30) I met with the hematology oncologist.  Both agreed, from their individual perspectives, that I would be a good candidate for the chemo/radio therapy.

On December 1 I had another consultation with the urological surgeon.  He told me the other two doctors had approved me for the chemo/radio treatment so it was a done deal.  He said he would do minor surgery again to examine the tumor site and ensure no cancer cells remained.  The surgery was done two weeks later on December 15.

The results were not good. A new lesion was found. Because it was not close to the site of the original tumor, the radiation/chemo treatment was no longer an option.  My bladder would have to be removed.  New consultation with the surgeon was scheduled for January 4, 2022.

Prior to the January 4 consult I did some in-depth research on the two options:  drainage bag on the outside and neobladder.  In our first consult with the surgeon, I had indicated that if bladder removal were necessary, I was leaning toward the urostomy which replaces the bladder with an outside pouch.  It is a shorter surgery, much less complicated, and much faster recovery time.   Basically, I figured the surgery had much fewer “moving parts”, therefore less chance for complications – both in surgery and recovery.

However, when my research showed the reality of the size and position of the bag and the maintenance required, I decide I wanted to go with neobladder surgery.  I told my wife I had changed my mind and wanted to go with the neobladder even though it was an eight-hour surgery and had a longer recovery and adjustment time.  She said she would support whatever decision I made.  So, at the January 4 consultation I told the surgeon my choice.  He went into more detail about the surgery and my wife and I asked lots of questions about both options and I felt even better about my decision to go with the neobladder.

Monday January 24 was the next available date for surgery and was my birthday.  The surgeon asked if I wanted to change the date and I said no, I wanted to hurry up and get going with this major change to my life.  Plus, it would be easy to remember my date of surgery.

On the afternoon of January 23 my wife got a call from one our best friend.  The friend said that her husband woke up with a stuffy nose and didn’t feel right. Long story short he self-tested at home and was positive for COVID.  We had gone out to dinner with them the night before.  That meant no surgery the next day.

My surgery is now scheduled for tomorrow, February 6.  Finally, seventeen weeks after the October 15 diagnosis some direct action is going to be taken.

I’ve been in limbo since the diagnosis knowing that my life was going to change, but just not knowing when (or how much for that matter).  This limbo has caused me to lose interest in some things and among them is photography (a little bit) and blogging (completely).  Other than that, I have still gone about life as normal, deep-water exercise at the Y pool, playing with the grandkids on the school days when we take care of them, and an occasional dinner with friends (one too many obviously). Thanksgiving, Christmas, and New Year celebrations went on as normal.  We didn’t tell our kids about the cancer until after our January 4 consultation when we finally had a plan and date.

I wrote this just to let you guys know I have not fallen off then end of the earth.  I will blog again; I mean I still have photos from the last few months of 2020 and all of 2021 except the volume dropped considerably toward the end of the year.  I’m just not sure when I will blog again.  It might be a couple of months, it might be sooner, I just don’t know, but I do know I want to blog again.

Tomorrow I have to be at the hospital at 5:30AM.  If all goes as scheduled I will enter the operating room at 7:30AM feeling completely normal.  About eight hours later I will wake up and will no longer be completely normal.  I have no anxiety about the eight-hour operation.  I just hope I am able to physically and emotionally adjust to the new normal.  I’m certainly going to work hard toward that goal.

Whew!  That’s still a long, simple and to the point story!  If you stayed with it, thanks.

Now, since this is a photography blog, here are some photos.

Looks like the carcass of a monarch caterpillar.  This photo was taken in my garden.  The rest of the photos were taken at Faust Park in St. Louis County, the same location as the photos in my prior post. 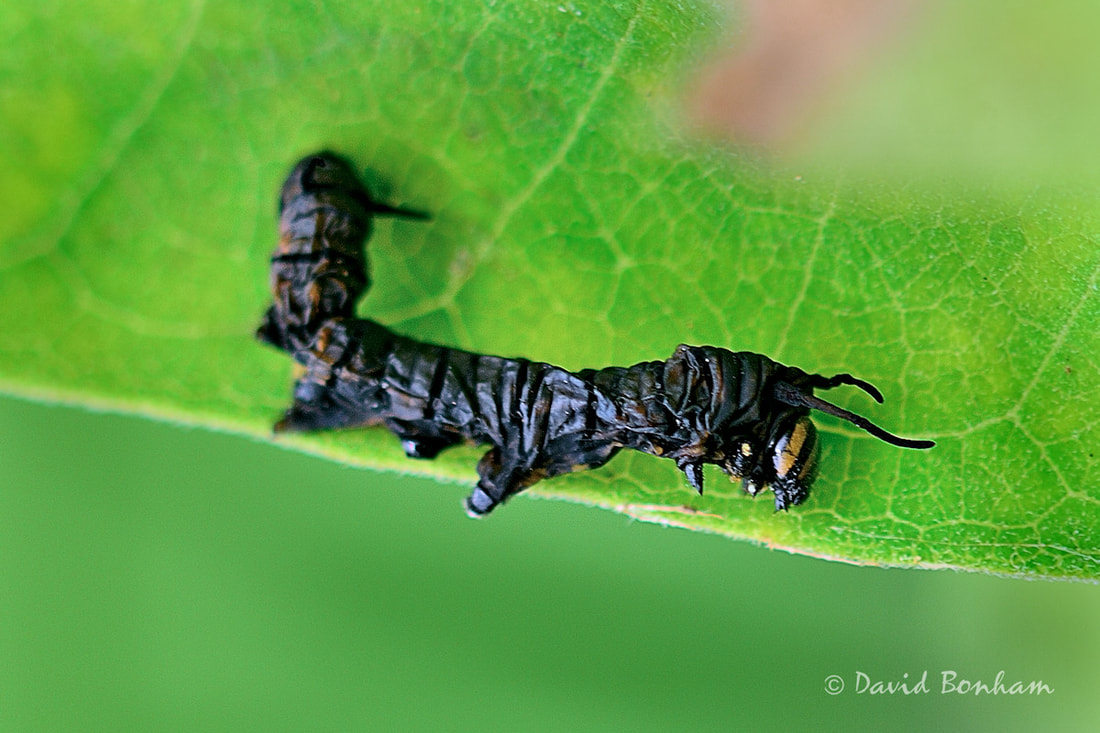 How about some images that are a little more pleasant like this large milkweed bug with a couple of little yellow nymphs at its feet. 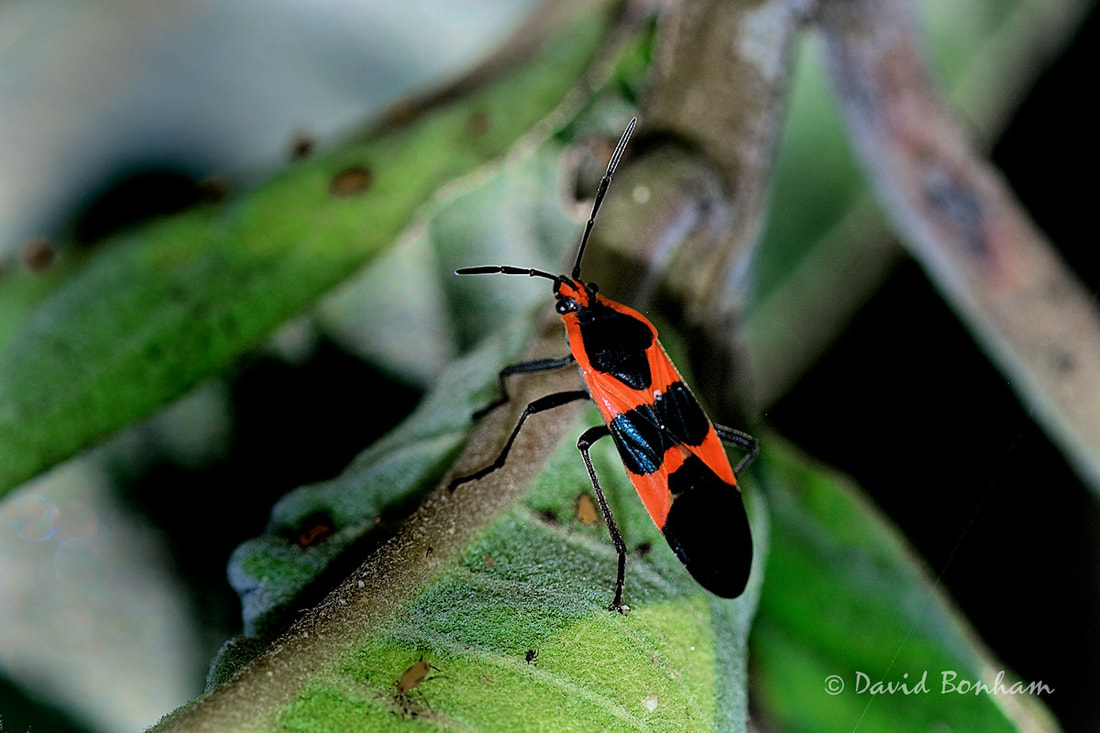 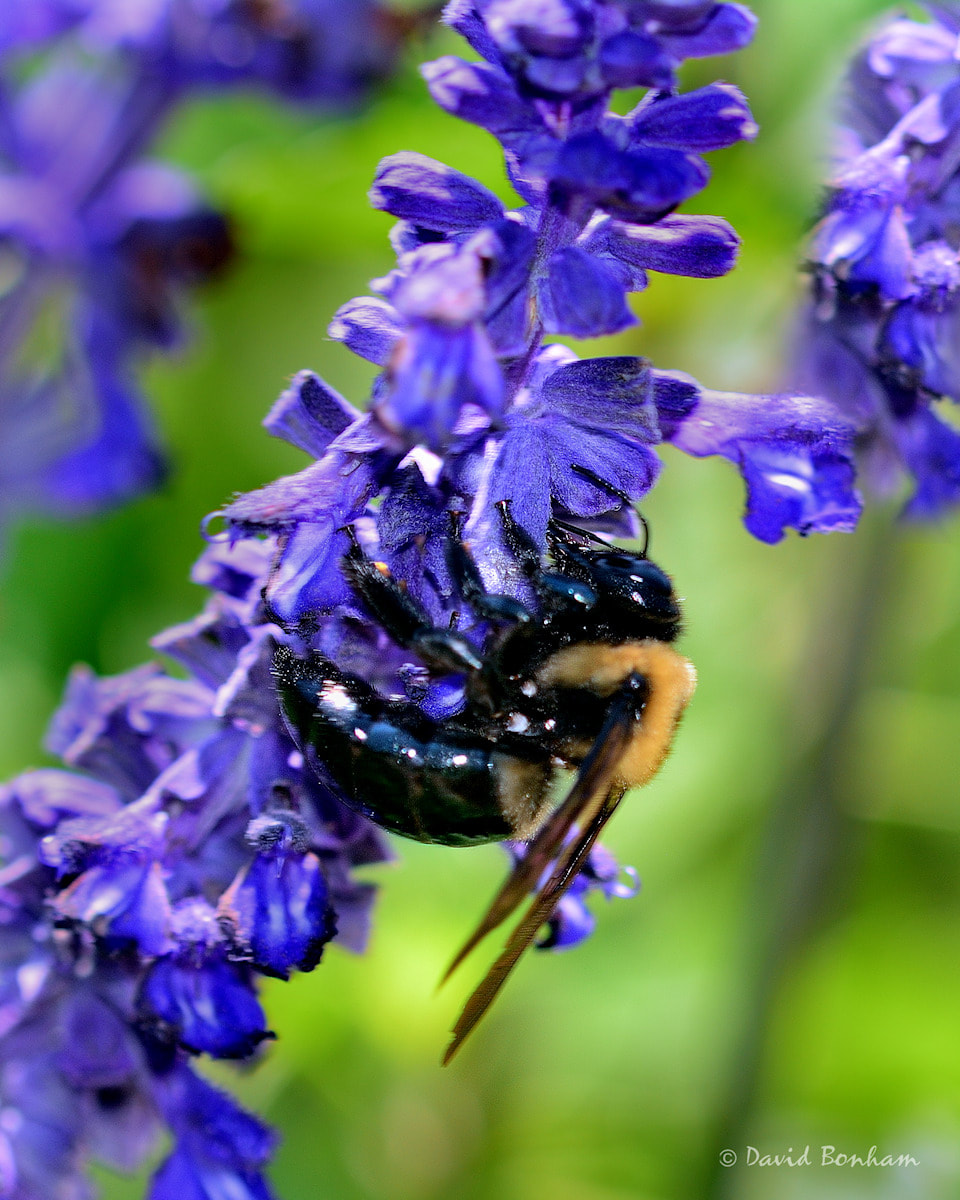 These next four photos are of a wasp (possibly red-legged) on a milkweed plant. 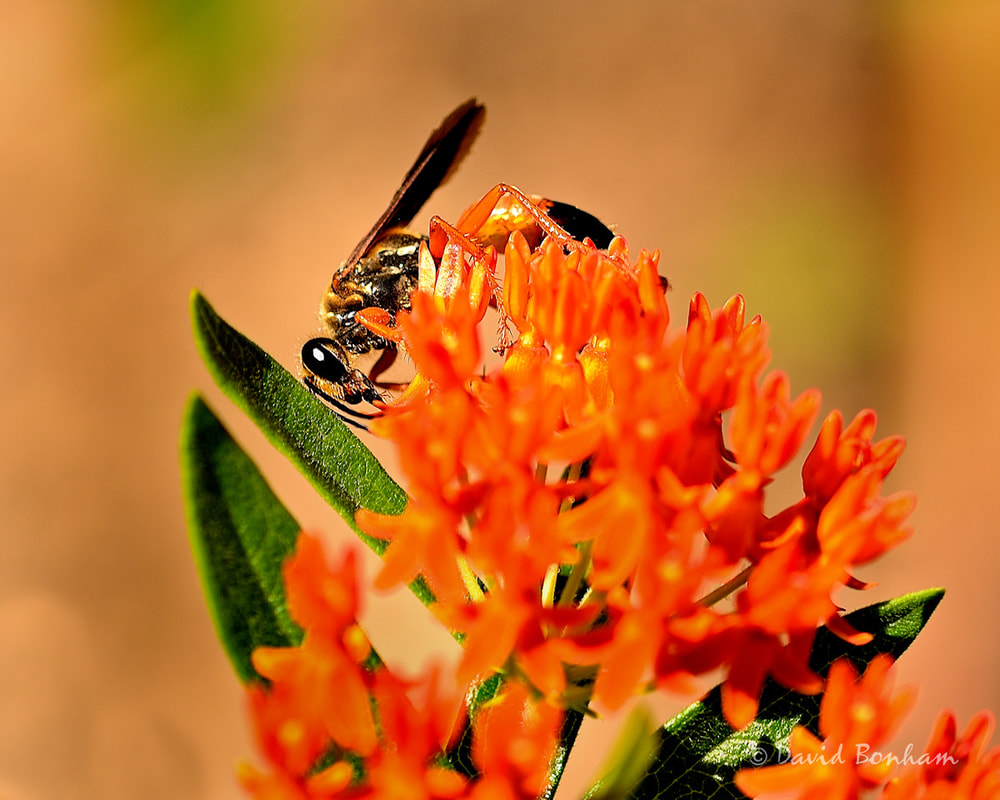 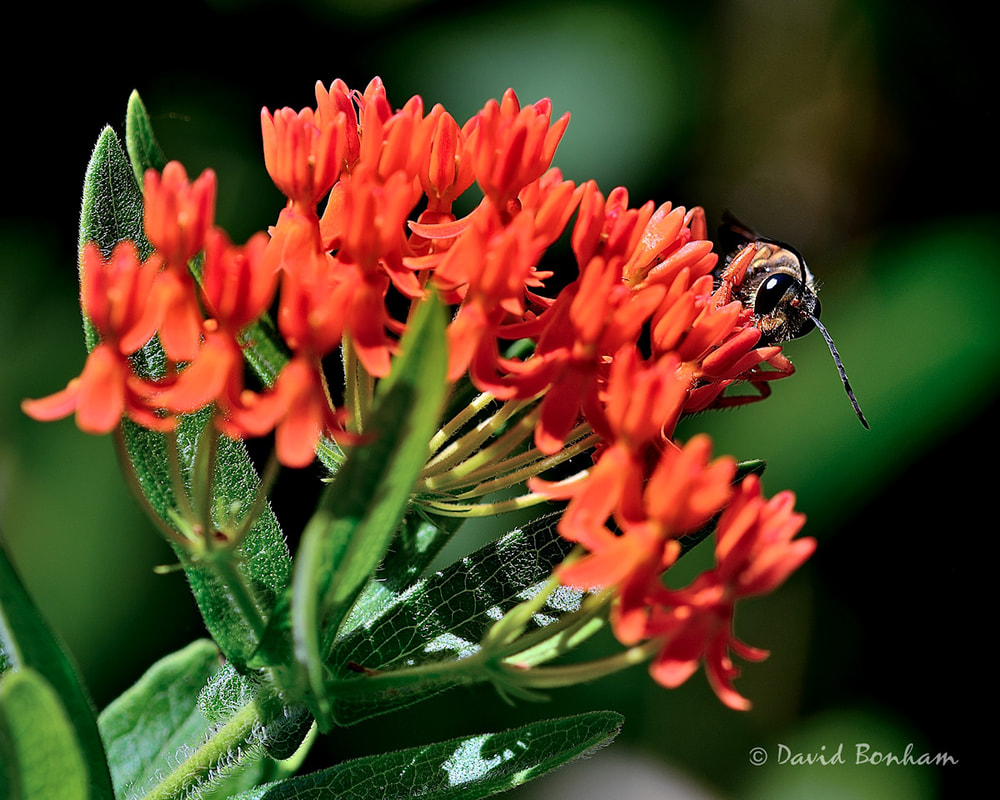 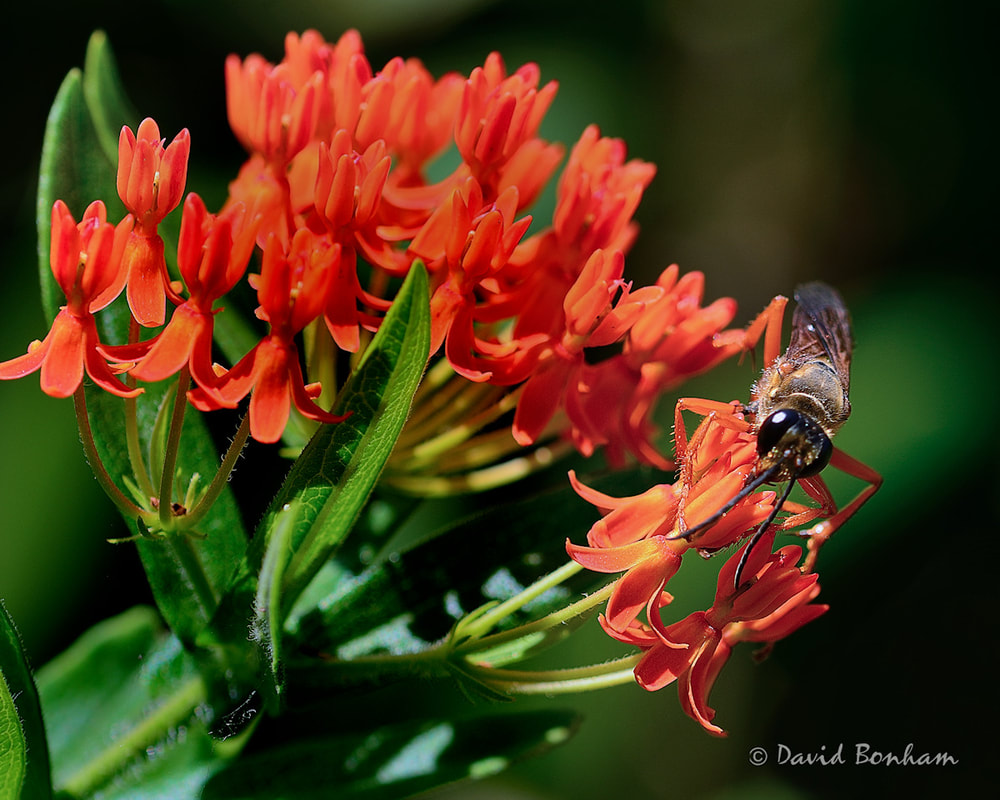 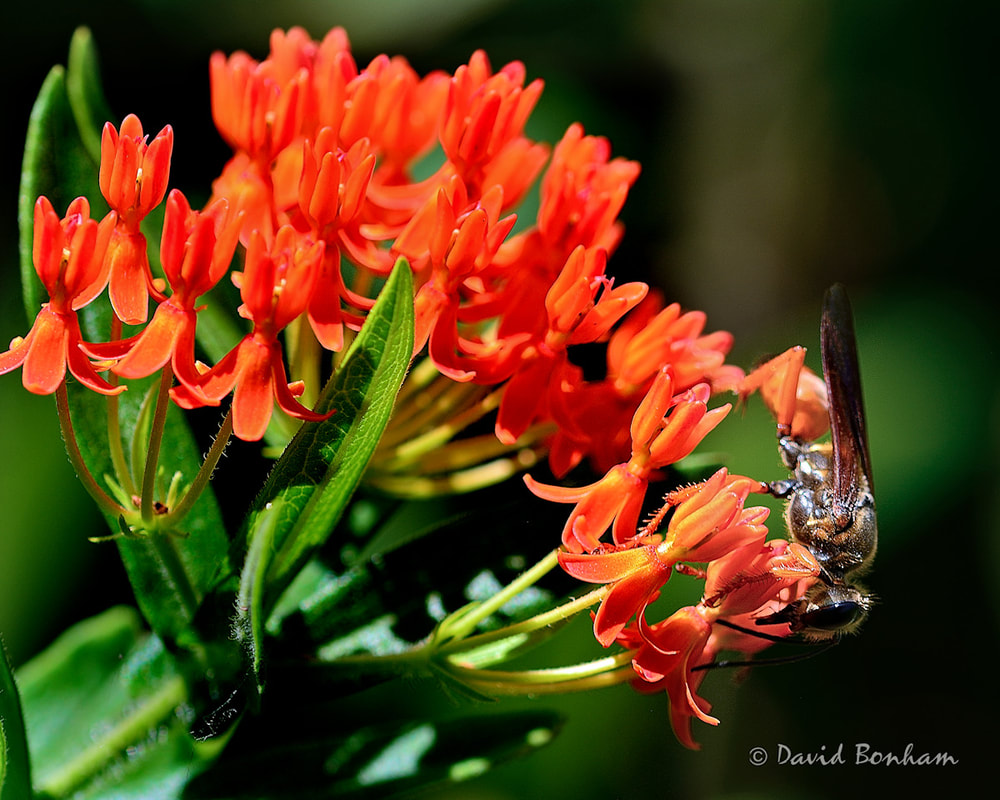 17 thoughts on “In Case You Were Wondering”