So let’s get started with the photos.

This first photo stands apart from the rest in that it’s an isolated shot of a man wearing a T-shirt that we have all seen (at least some version of it)  600 million times before.  My son gave me one three or four years ago and told me it was okay if it went straight into service as a lawn mowing shirt. 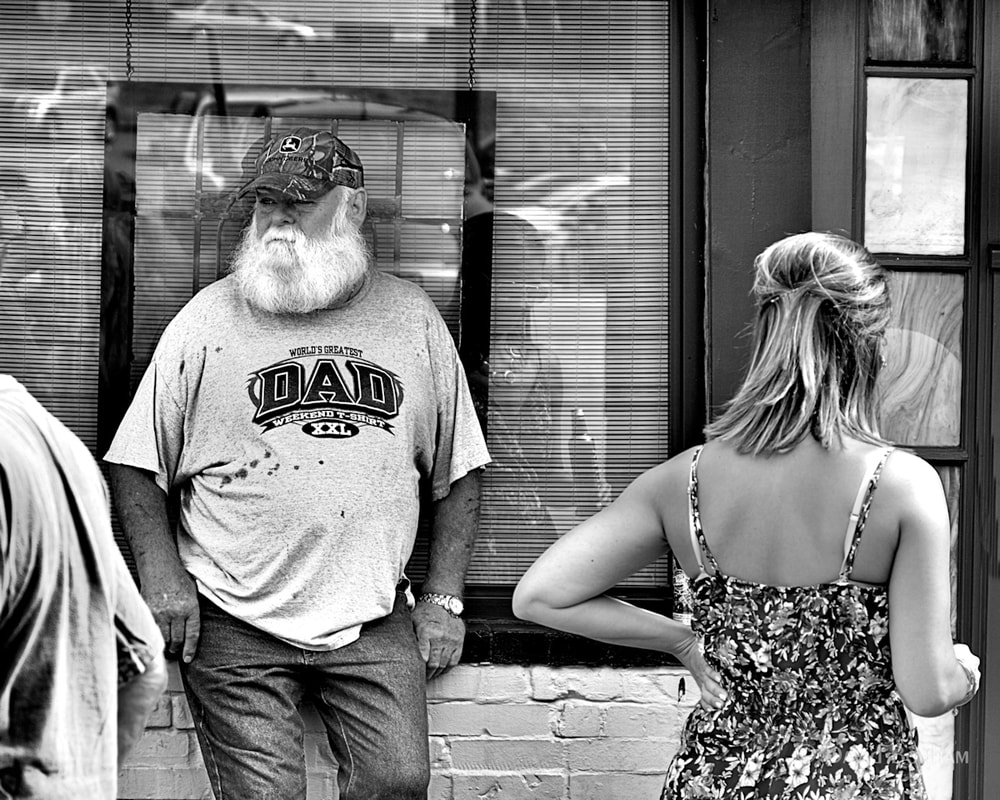 I notice when uploading these next photos that they looked as though there should be a narrative that tied them all together.  Well that is a bit of a problem.  I really have not idea of exactly what they were doing let alone saying as I took the photos.  But then hey, has that ever stopped me from filling in the blanks before.  Of course not.

I’m an English major who knows how to use a poetic license and I take as much pleasure in looking at and analyzing pictures as I do prose and poetry.  So, much like the duck fight I posted two weeks ago, I’ve had to infer quite a bit with regard to the following story.  I didn’t really hear anything that was said and I don’t read lips so I’m going to treat these photos as though they make up a storyboard for a reality TV show and most definitely scripted reality show.

As already stated the action takes place in a small town just south of St. Louis, Missouri.  It’s a summer street festival and the main activity takes place on a section of Main Street.  I also caught some of the action in the alley and lots behind the buildings facing Main Street.  So here’s the story of what was happening, at least as I perceived it, or imagined it, or thought could have actually happened if one accepts String Theory as more than just an idea, realizing quantum physics allows for multiple scenarios being play out at the same time with the same subjects.

Patrol pair in lock step.  Very professional and serious looking – except for the bling on the sunglasses. 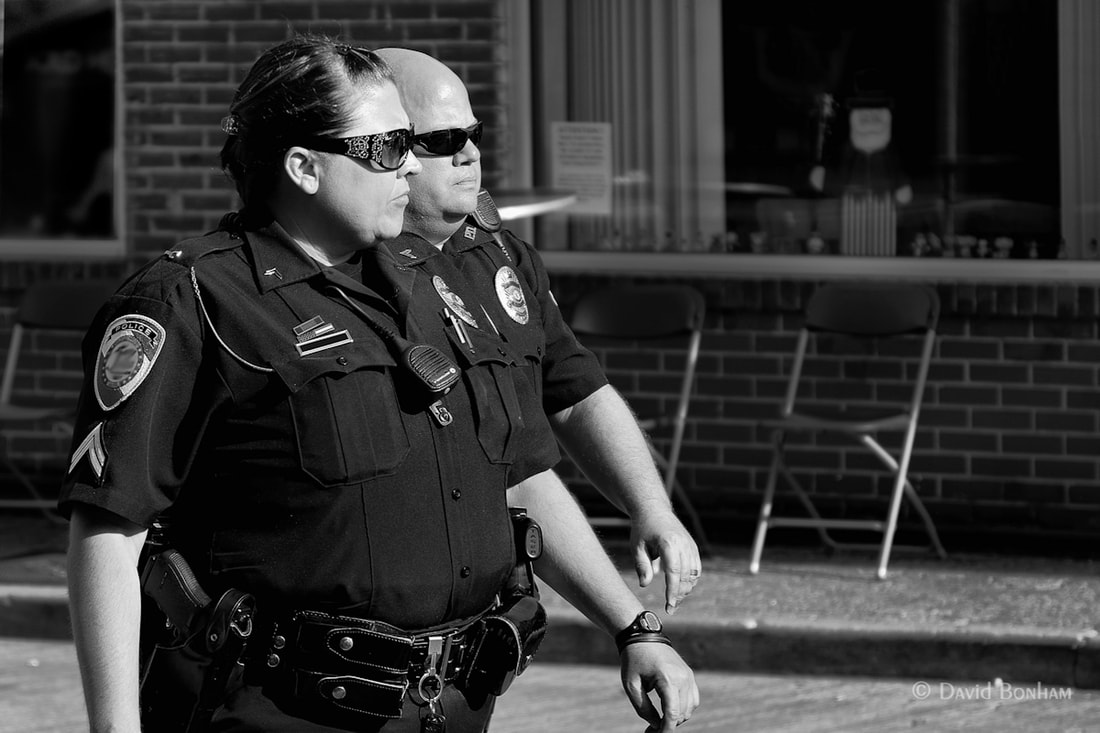 “Dude!  They’re selling some really high quality stuff up on Main Street but watch out for the paired police patrol.  They look pretty badass except for the bling on the female cop’s sunglasses.” 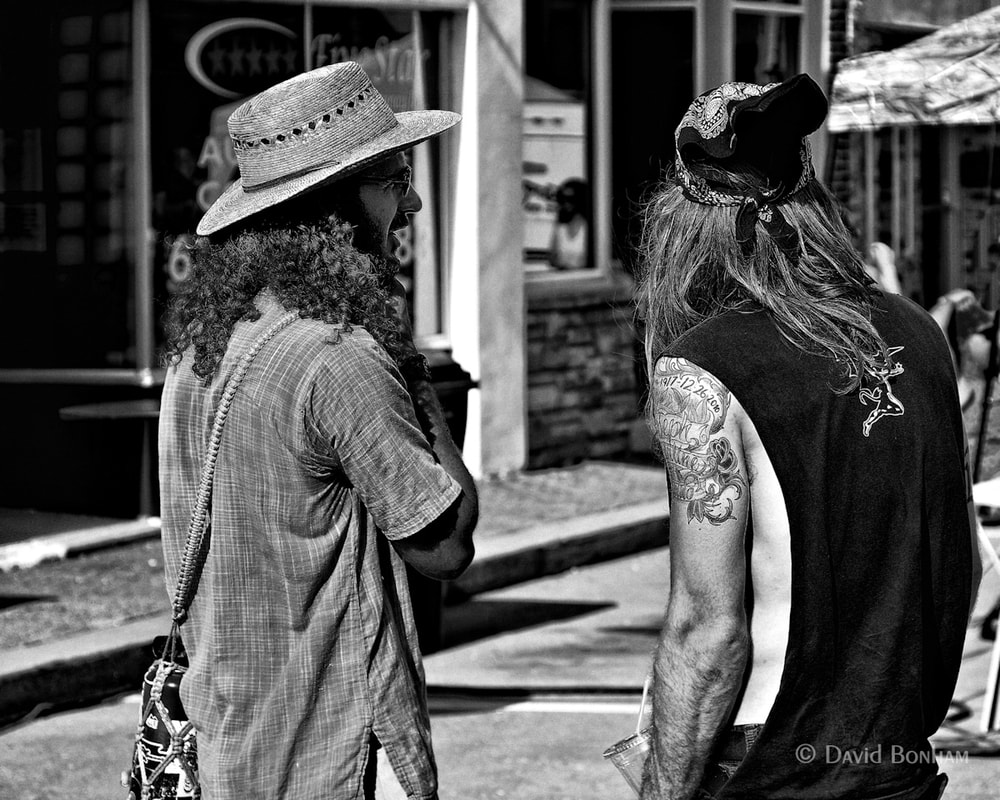 I watched this guy forever.  He never moved and I’m not certain he ever straightened back up.  I thought maybe he was like one of those street performers who strikes a pose and won’t move until a crowd gathers and someone finally puts money in the tip jar.  I finally left to find something more interesting to photograph. 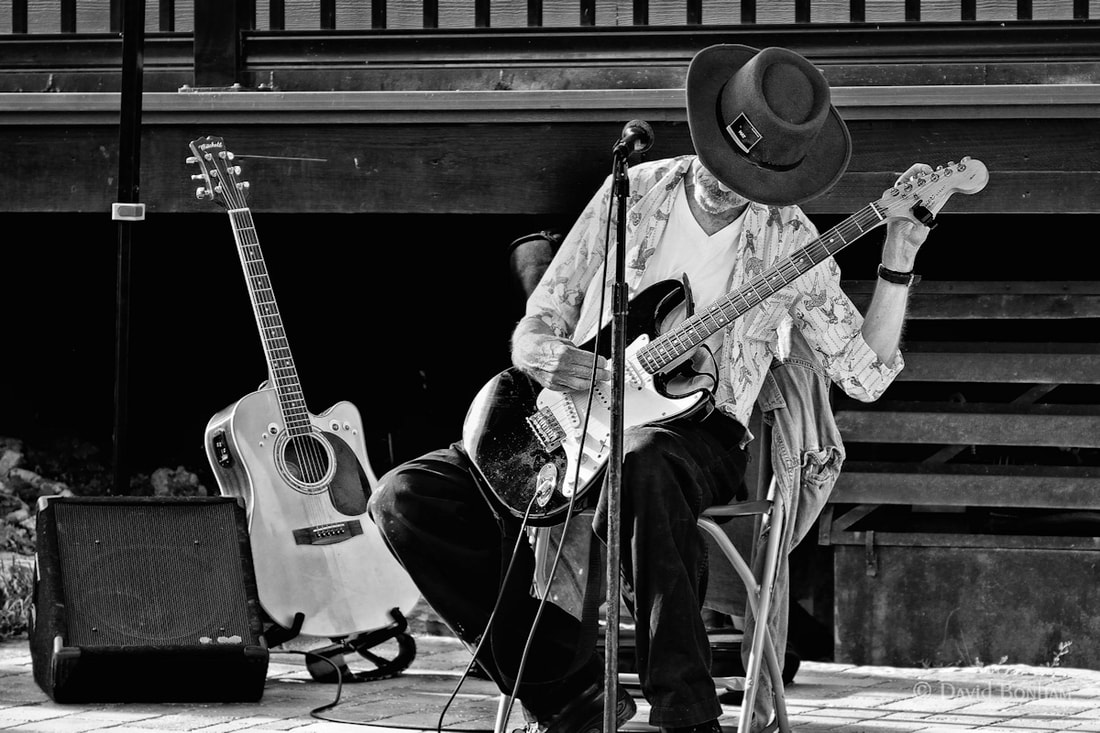 “Step away from the donuts.  Yeah, the vanilla iced with sprinkles is mine.  Put it down now!” 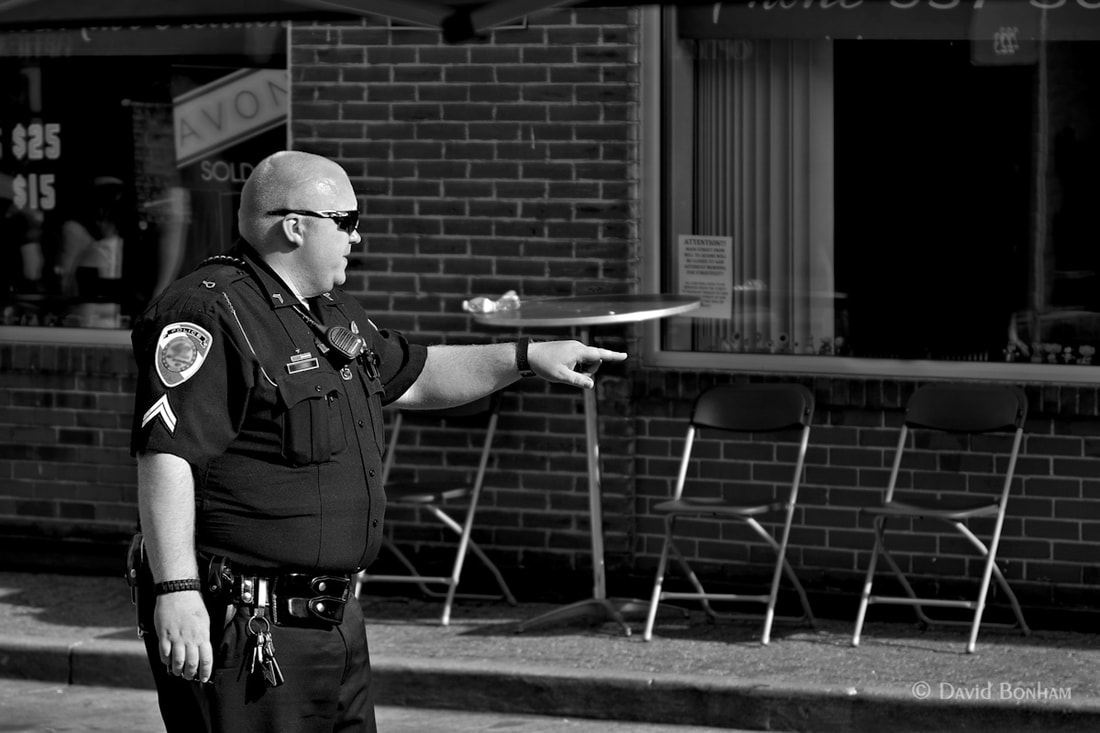 “Yeah man, I got a primo score up on Main Street, but stay away from the donut table, the cops seem to be on edge.  Probably because of that guy who supposedly died while tuning his guitar and no one noticed it for like 45 minutes.  Bummer.” 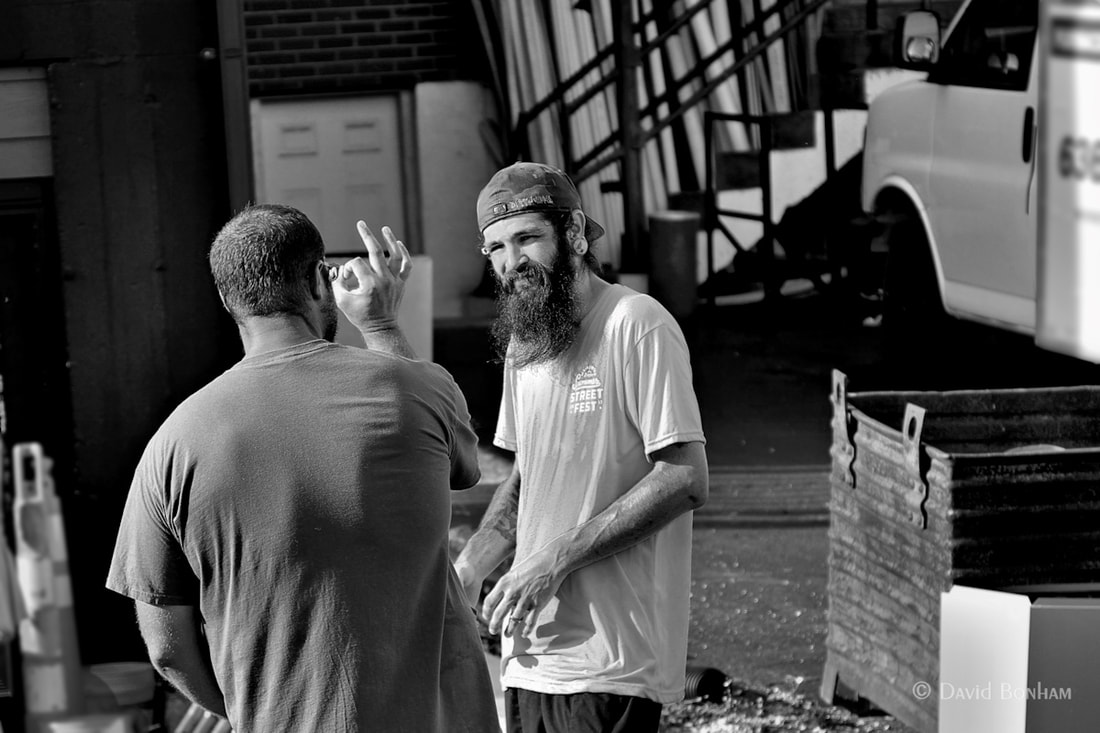 12 thoughts on “Some Photos Taken at a Street Festival in a Small Town Just South of St. Louis”