As I have mentioned before there is a small butterfly garden about a mile from my house.  I used to walk to it fairly often but that was three and a half years ago when I lived about four blocks away.  Now it’s a mile away.  I don’t go quite as often and when I do it is usually as one of my two mile exercise routes.  I used to take a camera with me when walking for exercise but that turned out to be a bad idea.  I was going so slow and stopping so much I wasn’t getting as much benefit out of the walk as I wanted.

So instead of butterflies I have some daylilies for you starting with this display of stamens with a green, gold, and pinkish red background. 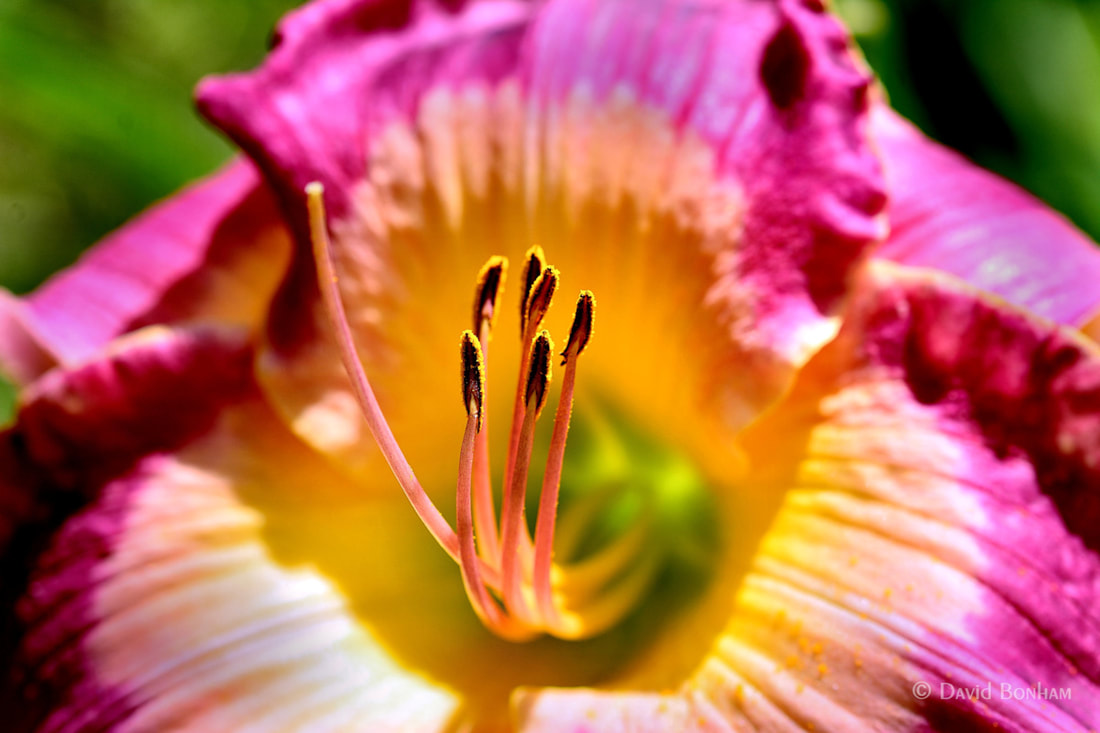 Stamens with a primarily red (not to be confused with primary red) background accented with yellow.  I don’t mean to insult your intelligence with this commentary but I’m following a well worn format in the art world.  One where the placard next to the work tells you, sometimes in great detail, what you are looking at as if you did not know. 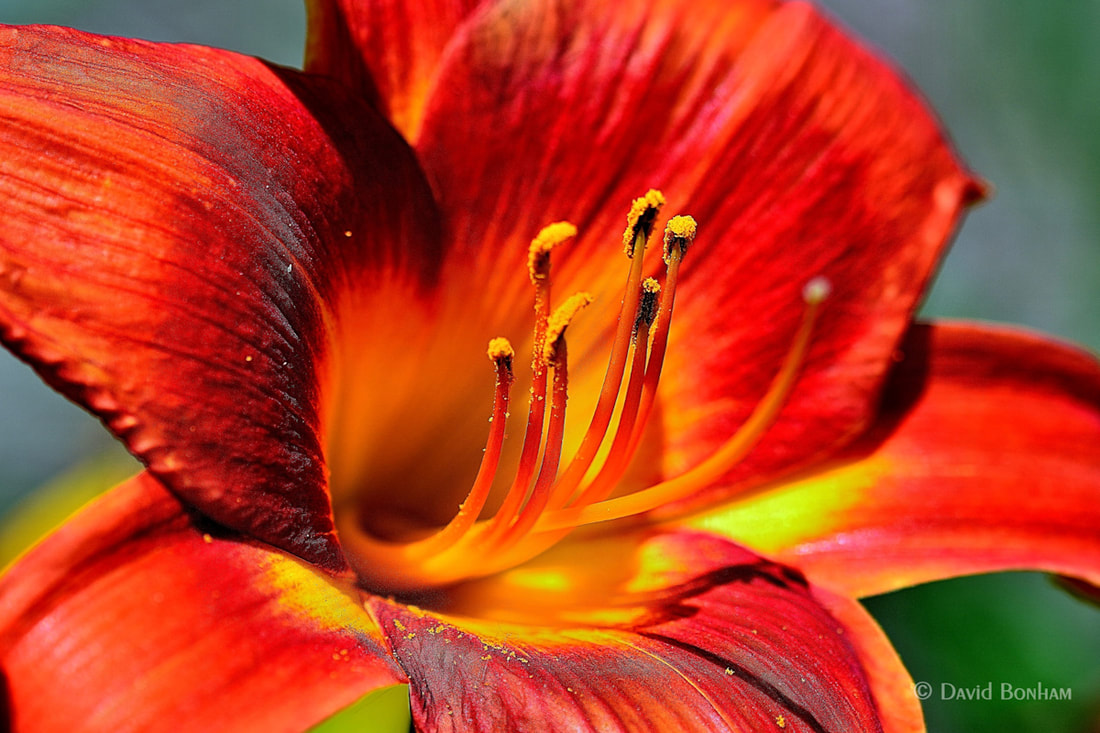 If the butterfly garden were the Milky Way then these would be the Gemini constellation. 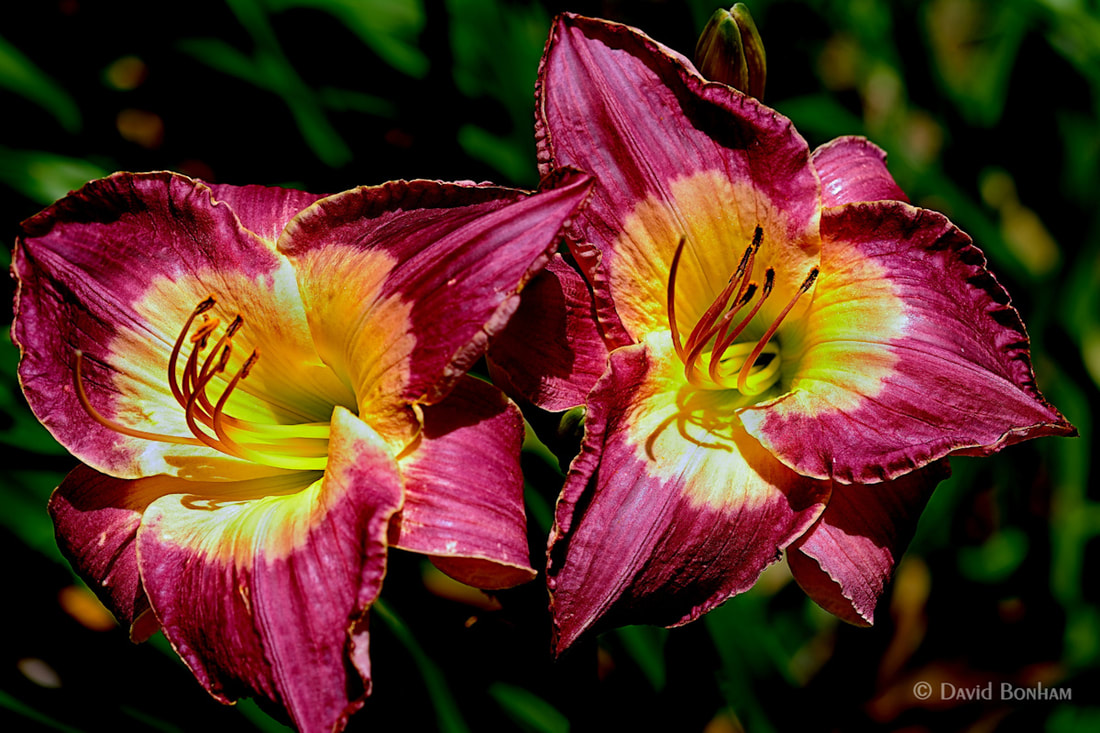 And this would just be another sun somewhere on the edge of the solar system. 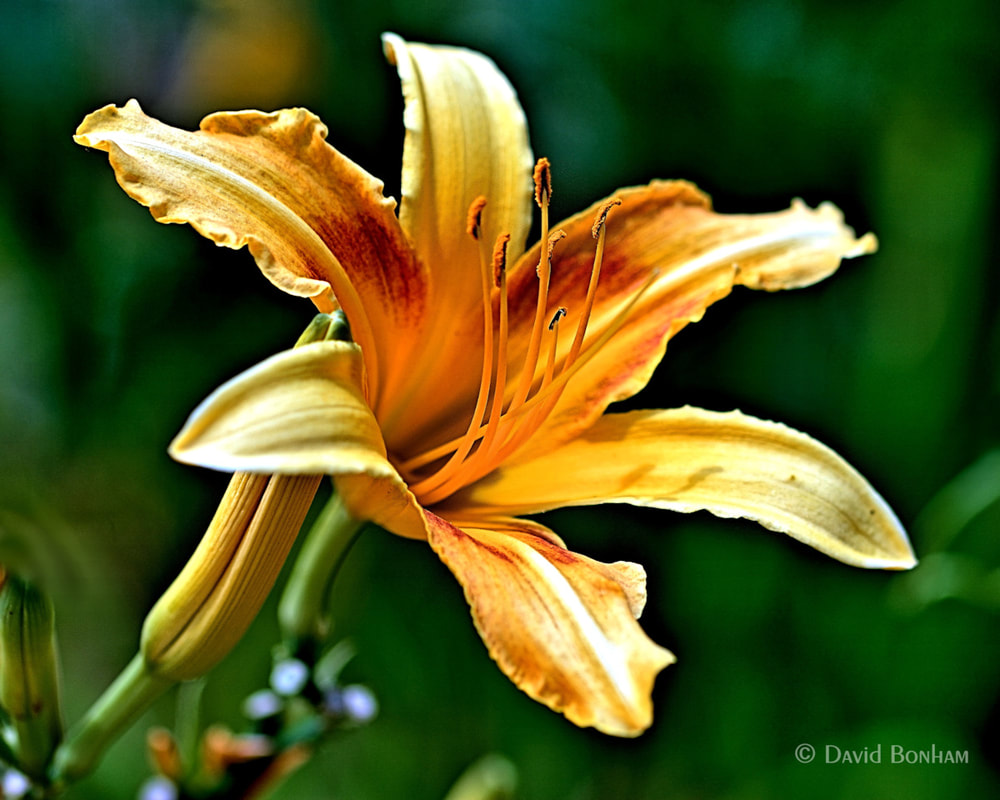 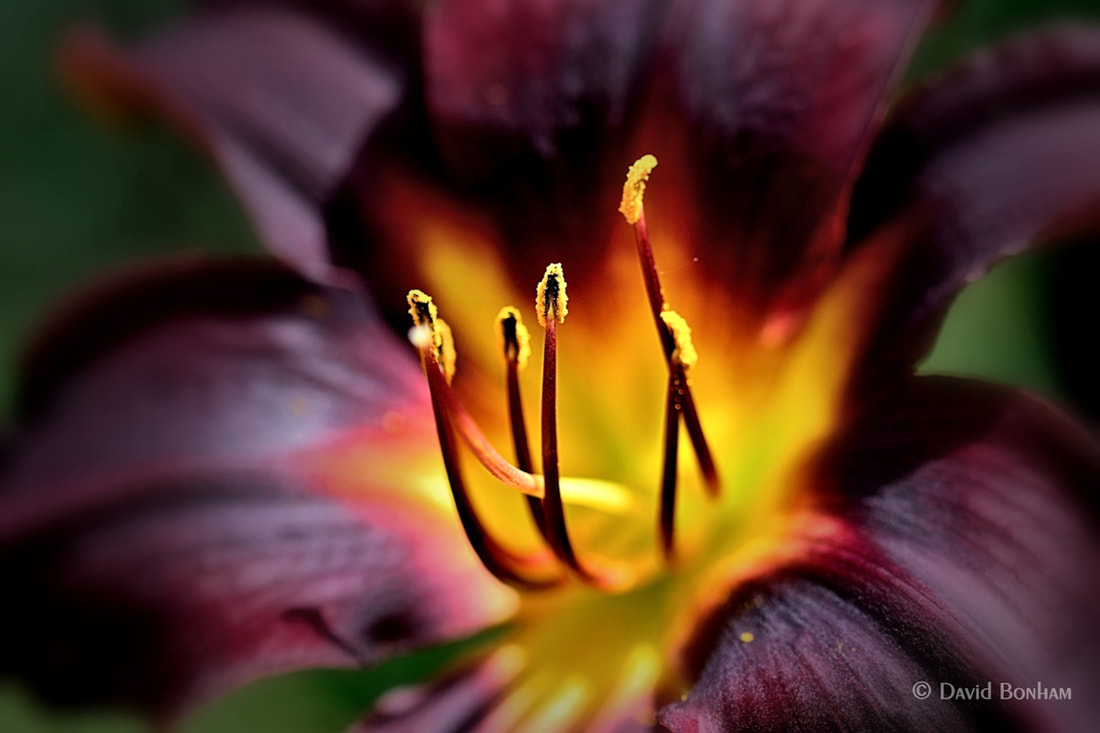 For those of you who excel at pattern recognition you must be scratching your heads like a third grader in a lice infested classroom.  This photo is obviously not a daylily.  (I don’t know what it is.) The thing is it was in the folder with these daylily photos.  All the photos in the folder were pretty evenly divided (even chronologically) between the daylilies shown above and pollinators (but no butterflies) with this photo falling in the middle.  It does not fit nicely into either series but I put it here because it has to go somewhere.  I say it has to go somewhere because I don’t want to omit it.  I really like the lighting and the flower edges shown at the bottom center and right.  I mean really, how many times had you seen and edge shot on flower petals like this.  I might start a new genre of flower photography. 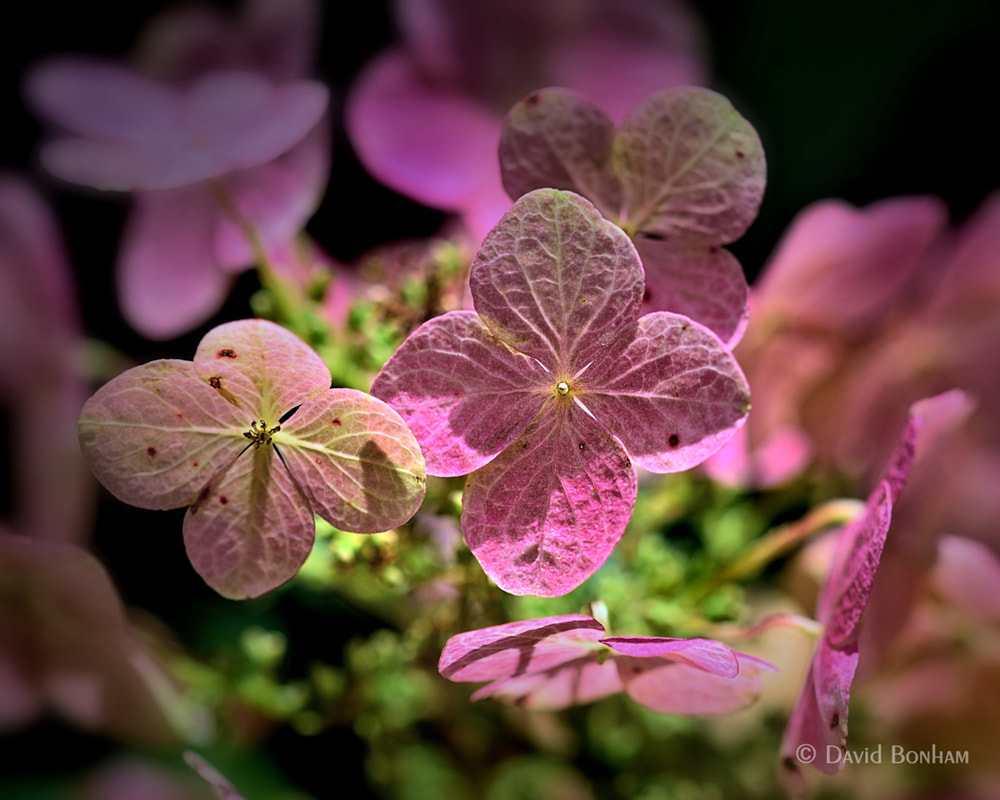