Due to the various lockdowns in 2020 the majority of photos I took were of flowers and birds in my yard.  Rudbeckias, especially during late Spring and early Summer, made up the majority of the flowers in my garden.  I did have cosmos in the garden but they were more prolific during mid Summer to early Fall.

My very first rudbeckias were bought as seeds about fifteen years ago, before I had gotten back into photography.  I didn’t have a digital camera and just bought the seeds to put in a garden on the side yard of our old house.  They looked very much like the one below and the package called them sombrero something, don’t remember the second half of the name.

At the same time I bought a seed pack with pictures of a flower just like the sombrero (back then I didn’t know rudbeckias from rutabagas) except they didn’t have the brown centers.  I planted the two types side by side and I had great flowers all summer long and into the fall as they self seeded.  The next year it appeared that only the all yellows came back.  But with a closer look I saw that some of them had a very, very slight darker center.  My 9th grade Science class and Mendel’s cross-pollination work came flashing back and I realized the all yellows had been cross pollinated with the sombreros.  Cool, except I liked the sombreros much better.

The same thing happened the next year, but in the third year the sombreros somehow came back and stayed and for the rest of the years we lived there both came back each year.  So, as with cosmoses, I like rudbeckias.  They are both super easy to grow, they are great self-seeders (I also harvest seeds for the next year just to be sure), and they photograph well.  Enough talk. let’s look at some rudbeckias. 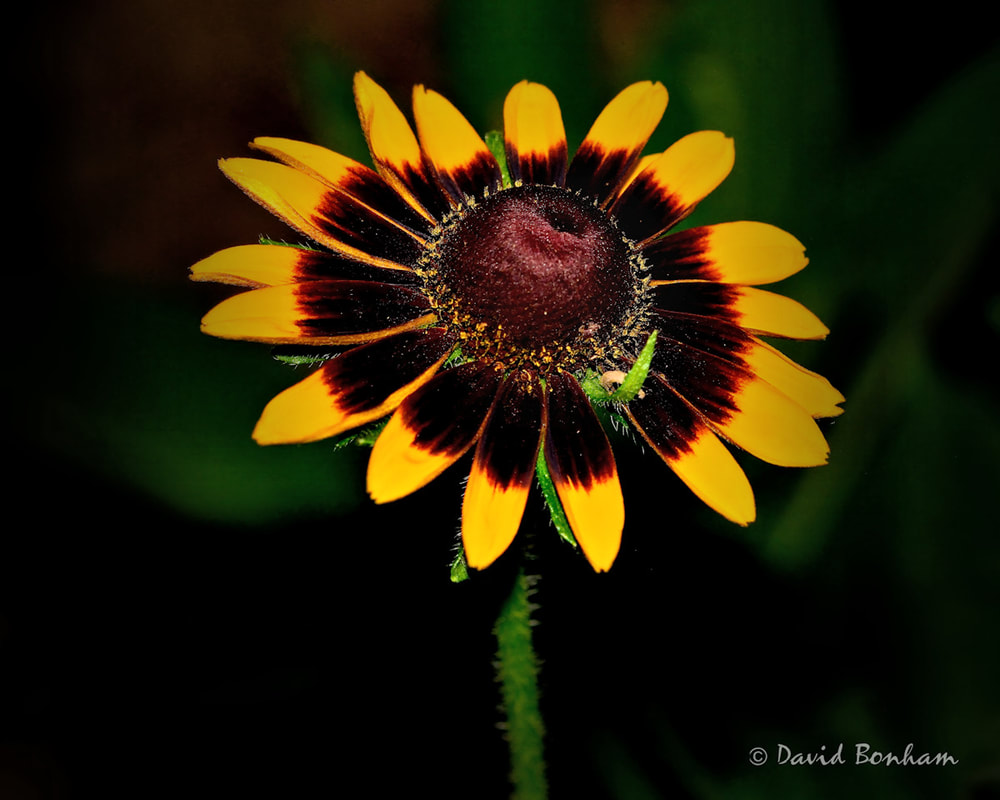 I think this one is a giant coneflower bud (rudbeckia maxima) 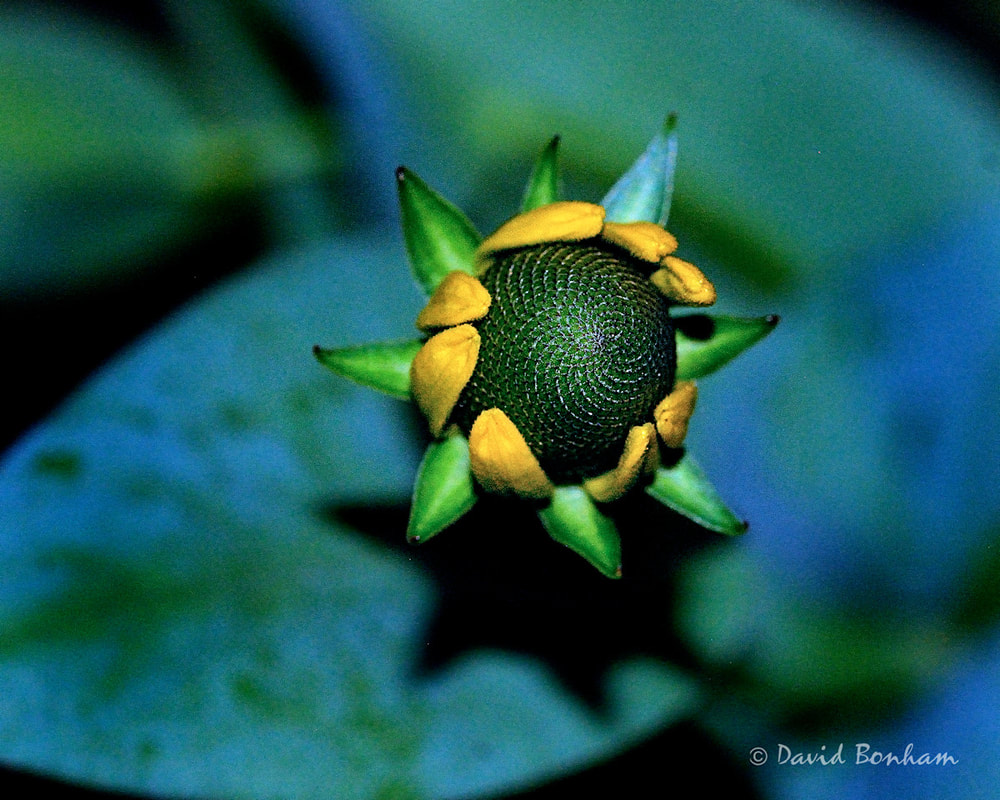 Next are three different photo of the same flower.  I’ve no idea of why I took three photos with the exact same angle, but I did.  I even checked the photos’ EXIF data and each was taken at a different time, one minute apart.  In processing I gave this one a square crop and toned it a little on the dark side. 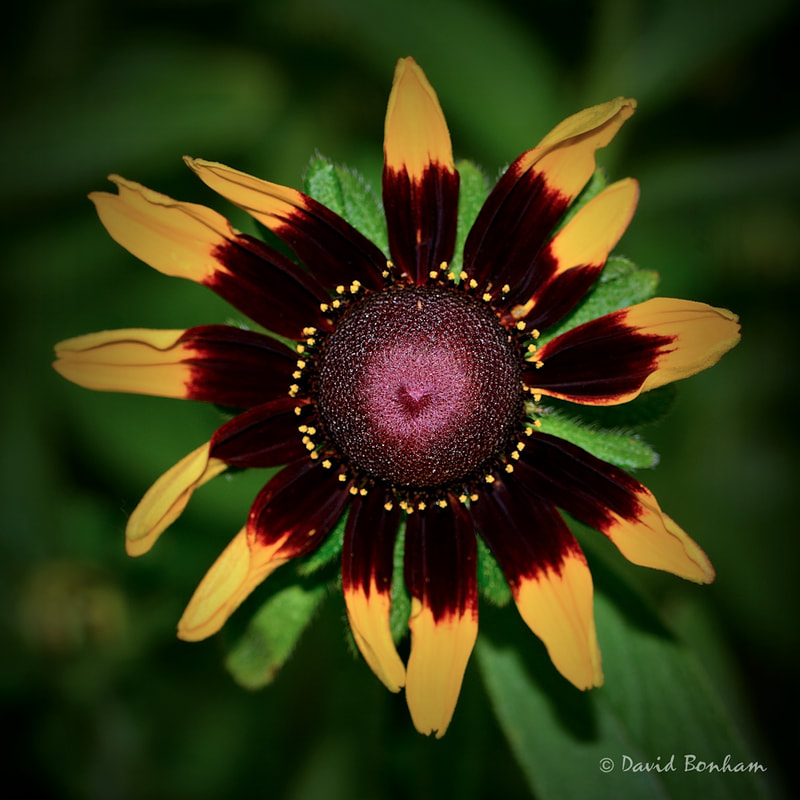 This one retains the original 4×6 aspect ratio but has high key processing. 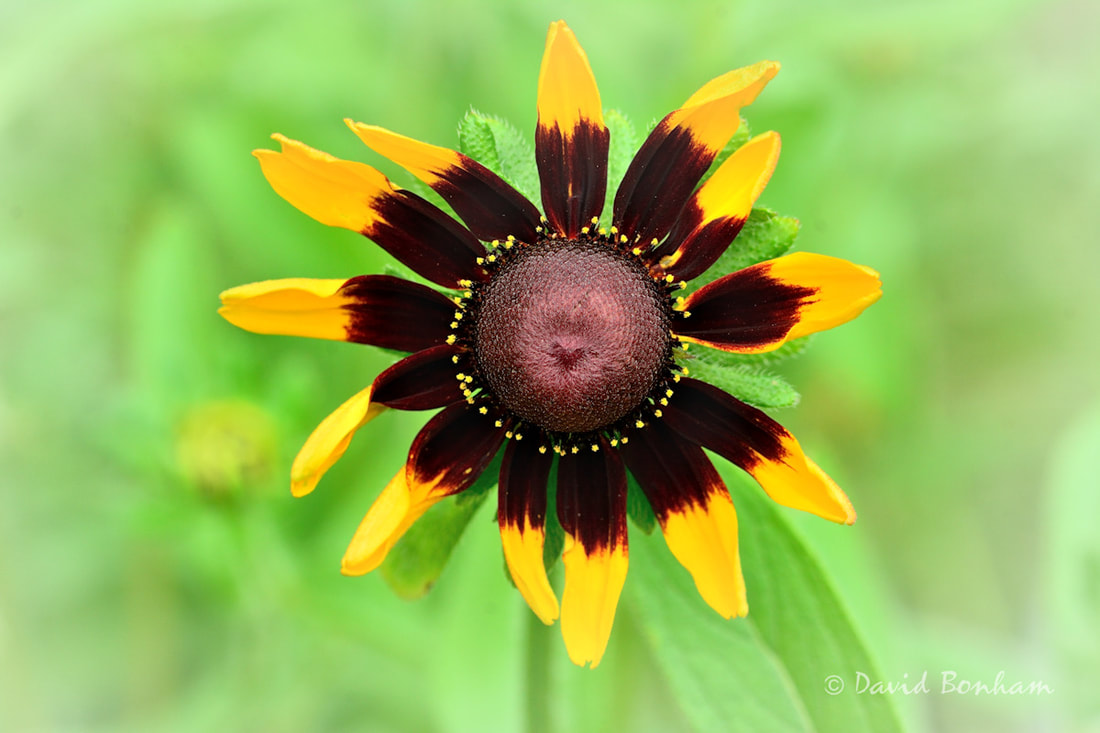 This one also keeps the 4×6 ratio but is not quite as dark as the first and obviously has lost the high-key processing. 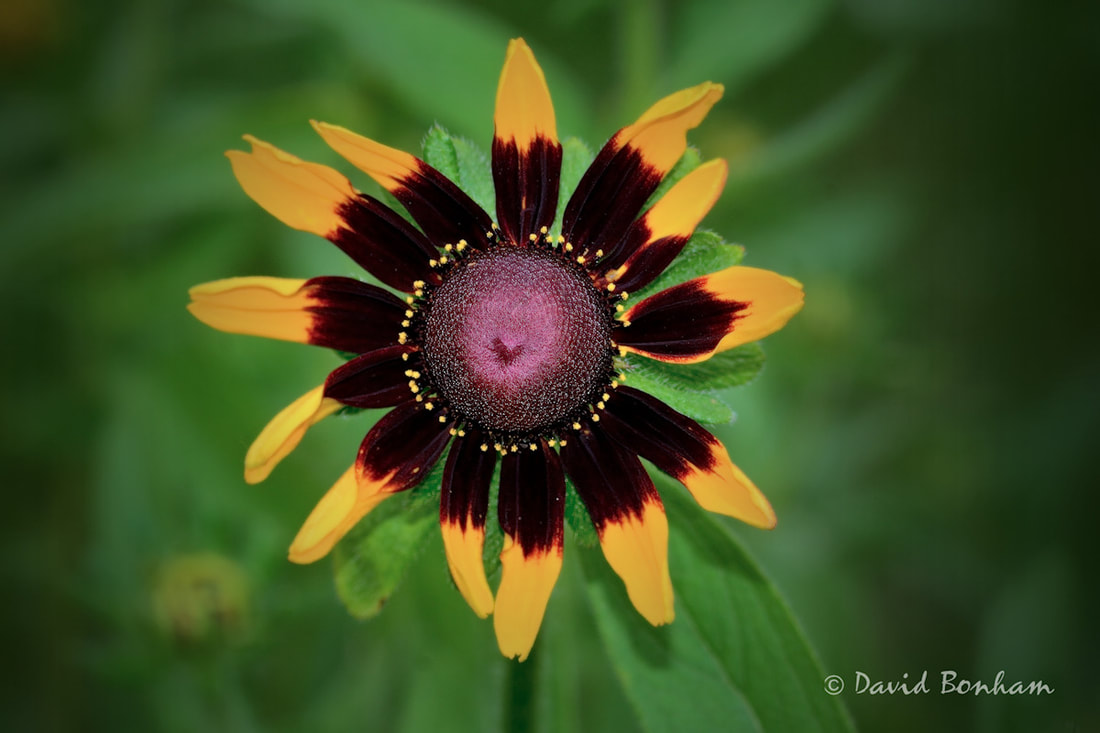 I really don’t know what to say about this photo except that it kind of mesmerizes me.  I just keep staring at and can’t get rid of the thought “old man” that stays in my head while I look. 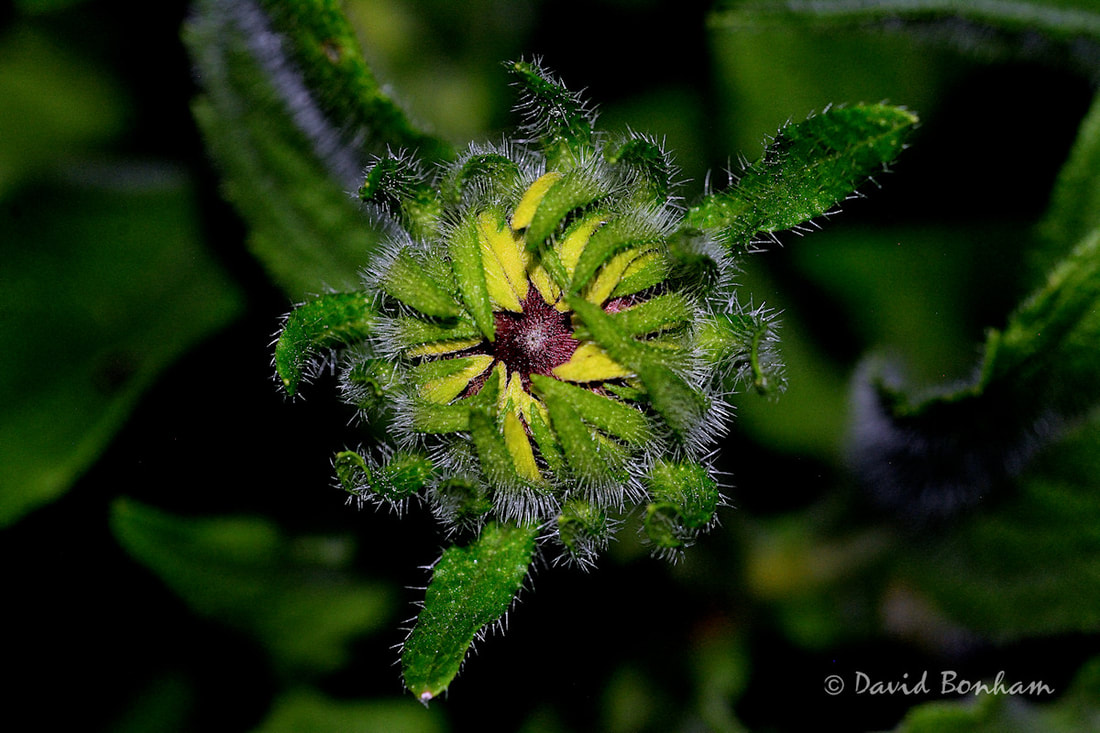 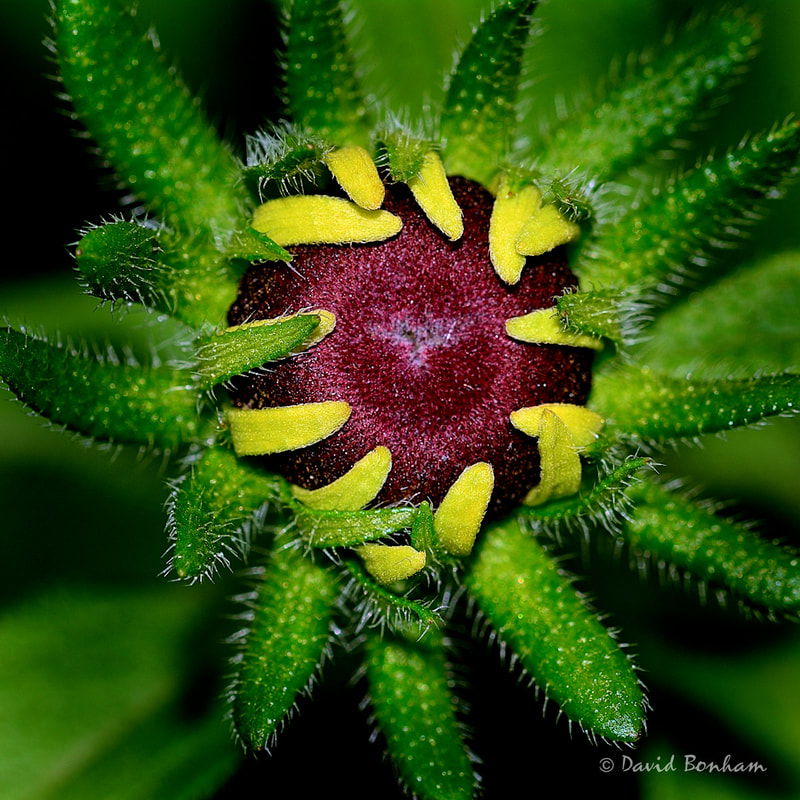 Giant coneflower again.  Seems to have a simple elegance to it. 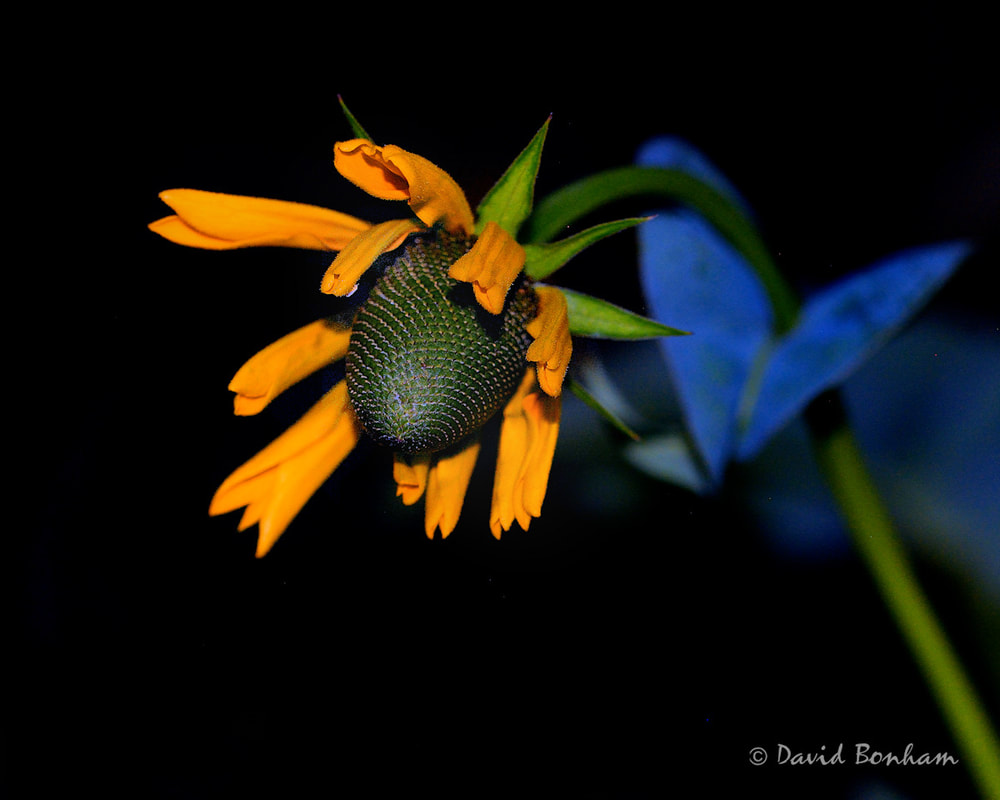