If you’ve been following me for a year or more I’ll let you know up front you are not experiencing deja vu.  About this time last year I posted a number of these same photos.

For those who weren’t with me last year or have forgotten, the photos were taken during the St. Patrick’s Day Parade in Dogtown, the predominantly Irish neighborhood in the city of St. Louis.  My initial plan was to take various shots of the parade and spectators hoping a sea of green would add something to the photos.  I had my Nikkor AF-S 24-85mm zoom as that was the widest angle I had and I knew I’d need a wide angle to get the crowd shots.  Even so the 24mm setting equates to field of view similar to 36mm on a full frame DSLR.  That’s still considered wide angle, but not by much.

As in often the case my plan was tanked as soon as we arrived at the site.  It was a nice (weather wise) Friday and the place was packed wall to wall with people.  We had gone the year before on a beautiful Thursday (weather wise) but it was not nearly as crowded.  I’m guessing that this year having the weekend to recover prompted a lot of people to take Friday off.  As far as partying goes in the St. Louis area, St. Pat’s Day, Mardi Gras, and Fourth of July are BIG days, especially if they fall on any day Friday through Monday.  Cinco de Mayo is fast becoming very popular to.

So, being packed wall to wall with people, I had to come up with a new shooting idea.  After lunch at Seamus McDaniel’s (one of if not the best steak sandwich in St. Louis) we spent 20-25 minutes working our way two blocks south down the parade route and stopped at a cross street.  We were on the southeast corner at the side of a popular mom & pop bakery.  The bakery was closed but the owner, evidently not one to miss out on an opportunity, was selling pretzels in front of the store and beer on the south side of the store.

This was a good spot because the street and walks at this cross street were wide an offered some breathing room and a decent, if not perfect, view of the parade.  I parked myself right next to the beer stand with my back to the wall of the bakery.  Not because of the beer but because in addition to the protection at my back it gave me protection on my right side, which was also the parade viewing side – not that I saw much, and there was an expanse of people to my left and in front of me.

Since I wasn’t going to get any parade or wide angle spectator shots I spent the next ninety minutes mostly taking candid portraits of people in and around the beer line.  Not my original intent but it worked out.

Last year when processing the files I soon learned that there was so much green from all the clothing and decorations that it was distracting from the subjects.  I decided to convert the files to black and white but leave the subjects clothing green.  Initially I thought this worked fine but a few months later when looking through files to archive I didn’t like what I had posted.  I often will push the color saturation up a little in my files but looking at these I thought I had overdone it.  The subject were looking a little garish with too bright green hats and shirts and other clothing.  Luckily it’s easy to bring the saturation down and that’s what I did for all but one or two.

So here are the photos and candid portraits from last year; some posted before and some that had been held back.  I like the new results and I hope you do too. 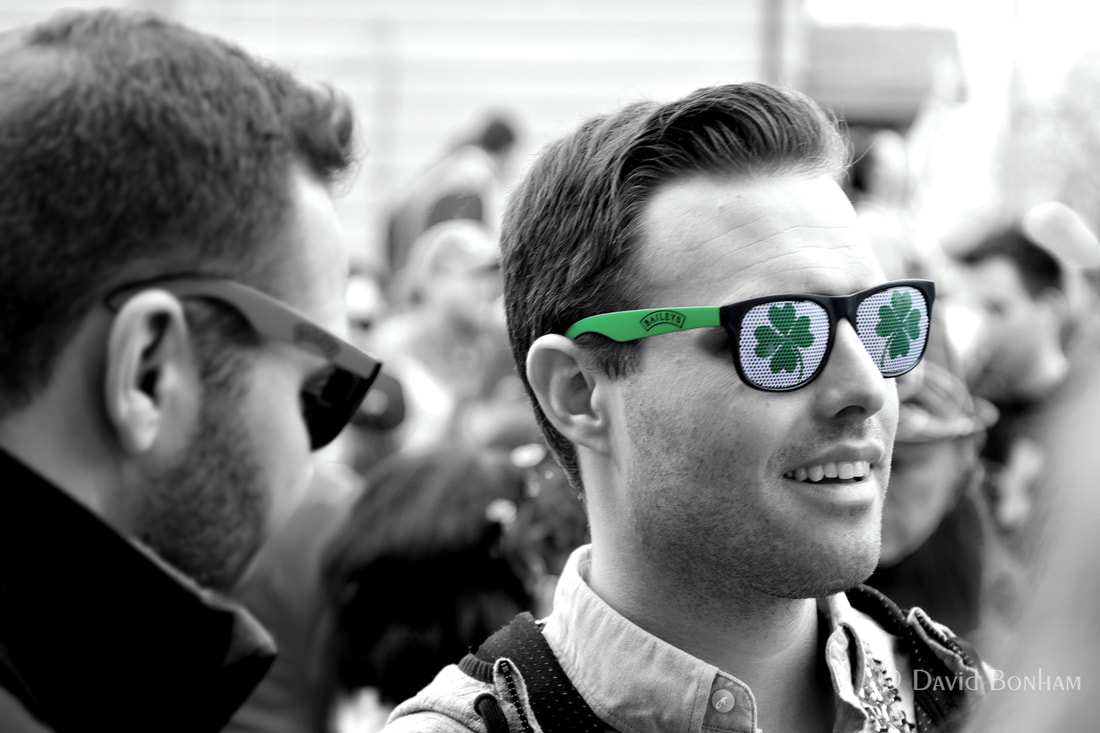 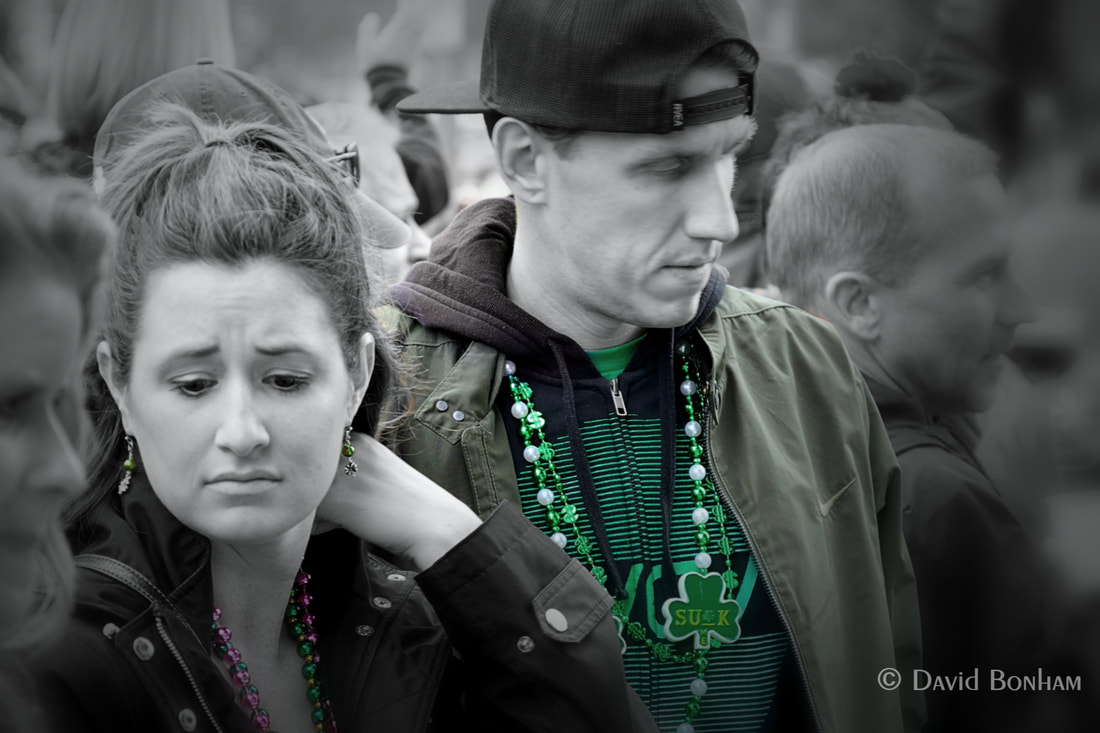 I love it when someone tries to stares me down.  (They usually win.) 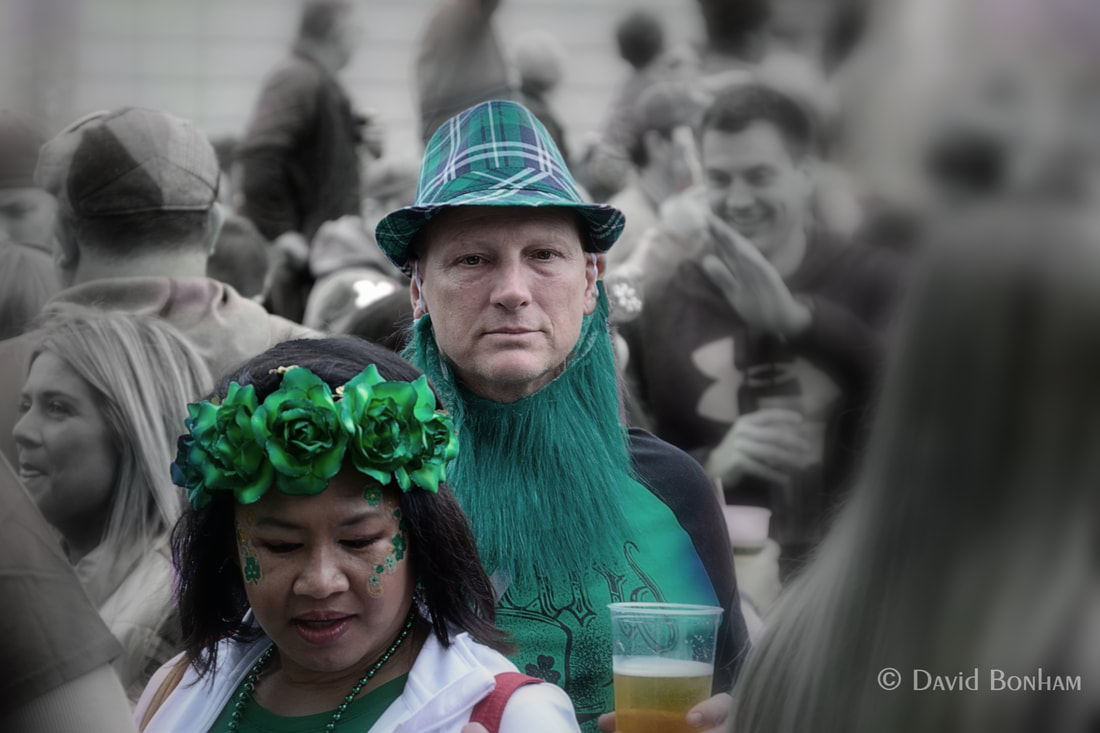 It addition to some pretty ladies it never hurts to have a photo of a cute kid too. 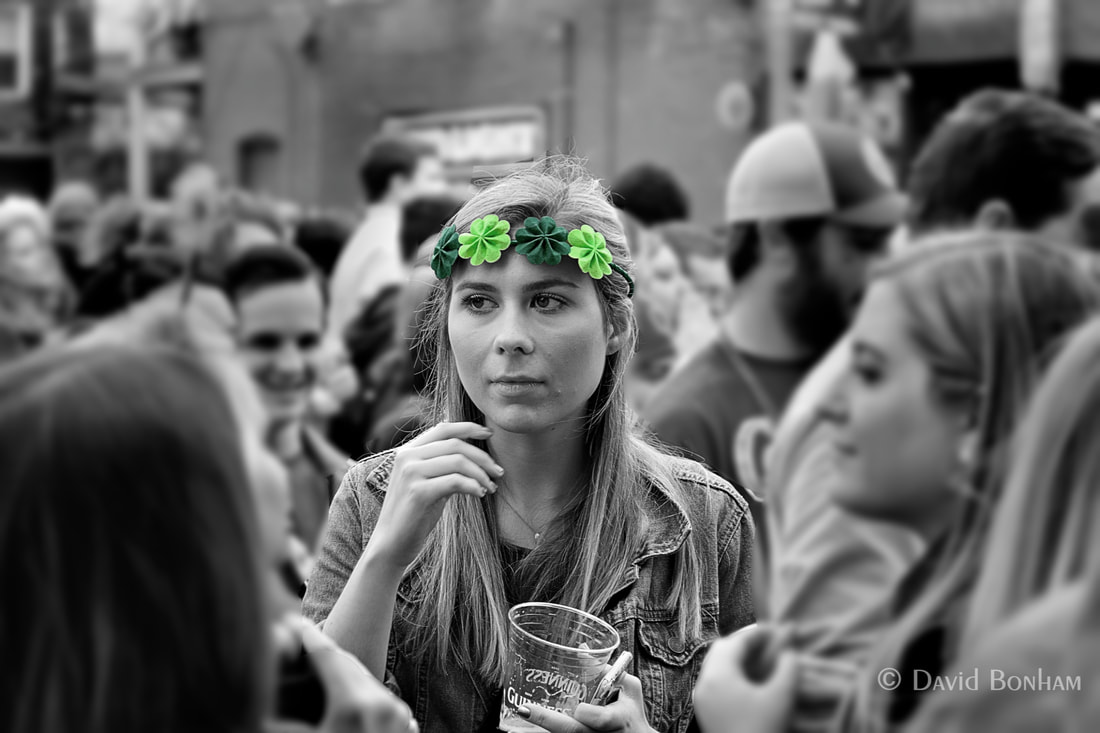 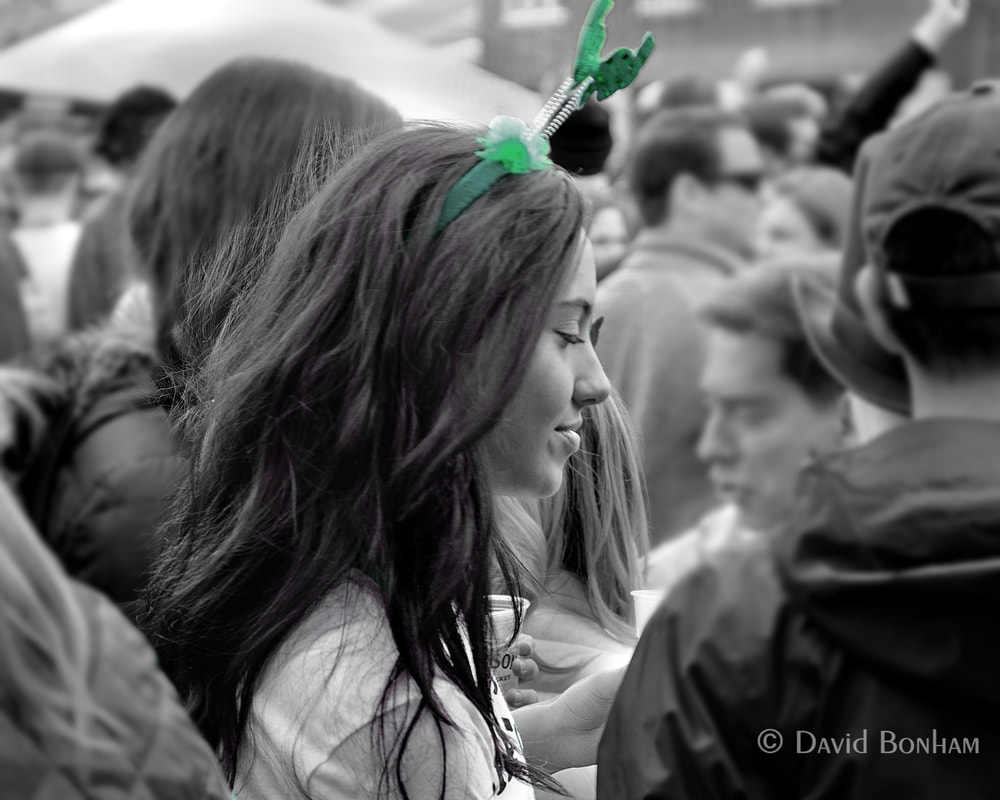 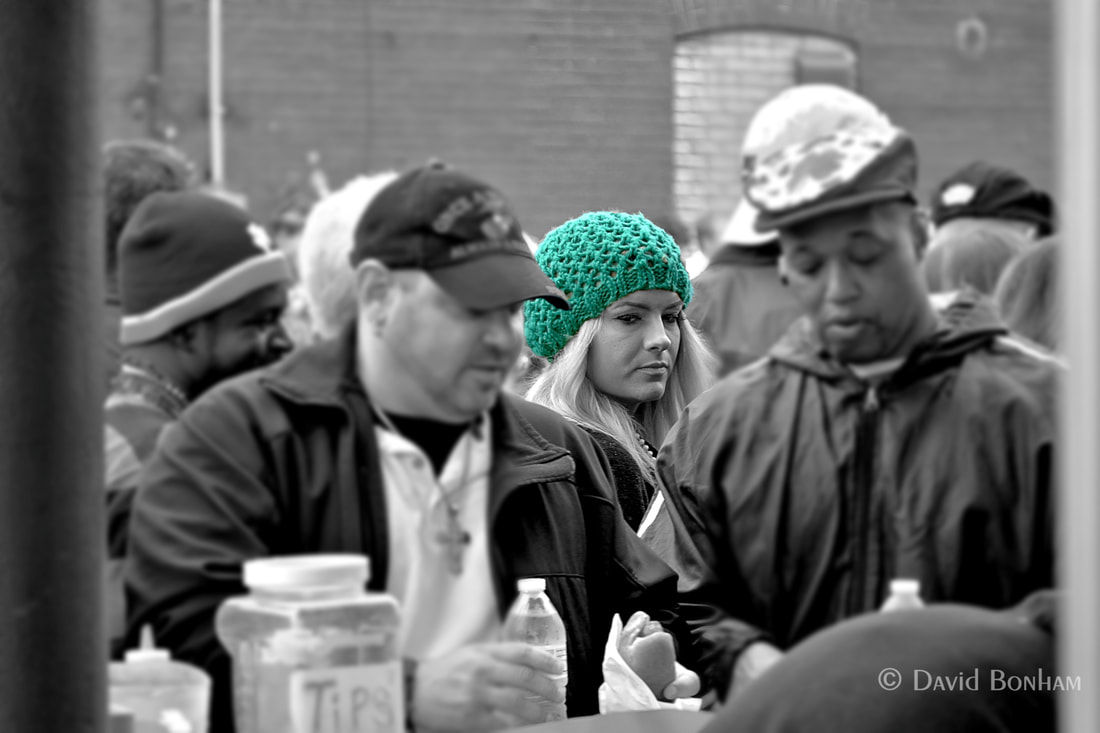 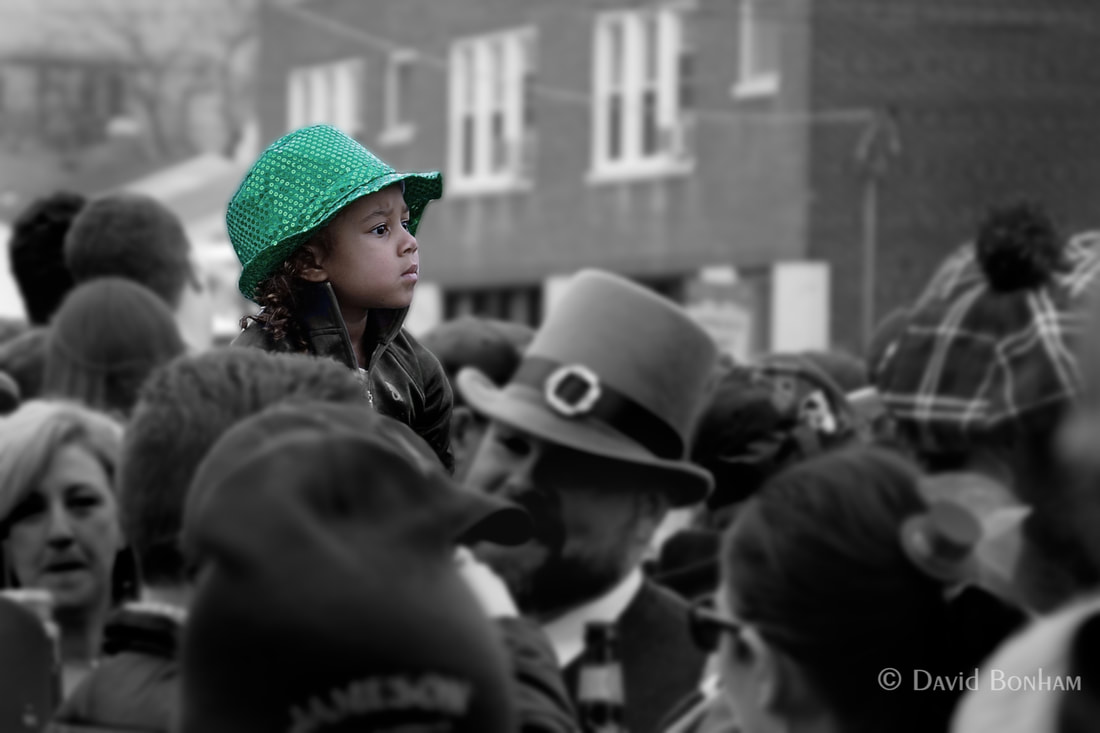 Not everyone is oblivious to the camera, some want their picture taken, like this guy who I don’ know and 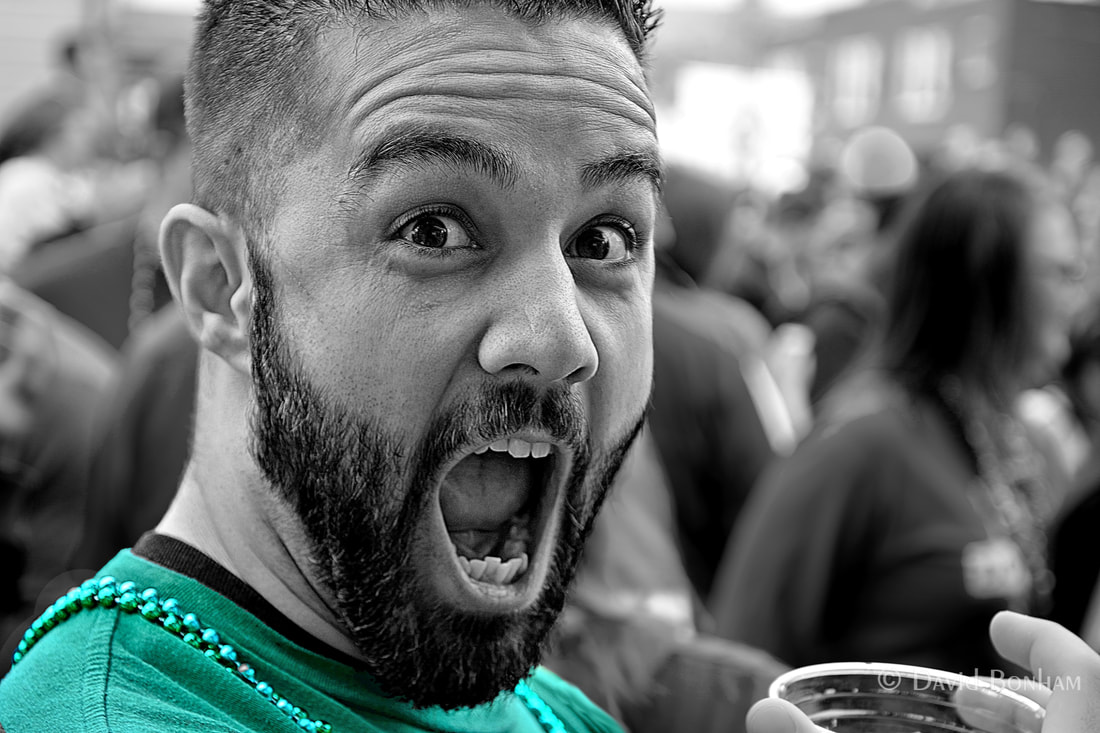 these ladies who I also don’t know, but they asked me to take their picture.  Why I don’t know; they’ll never see it. 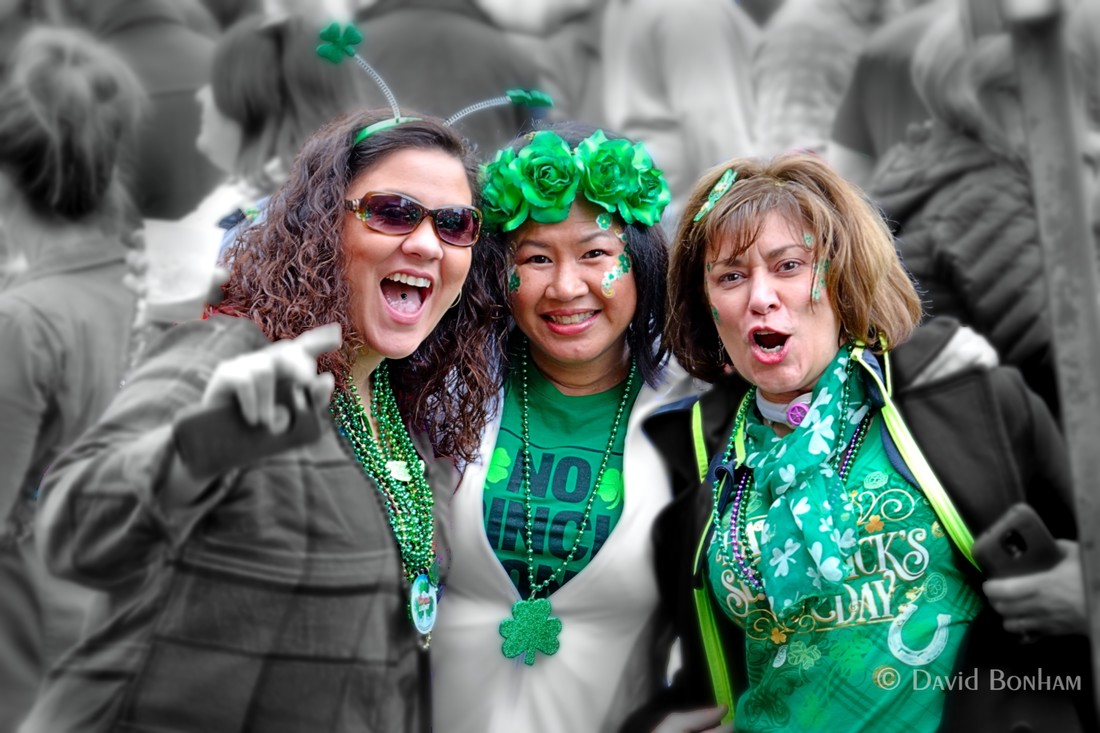 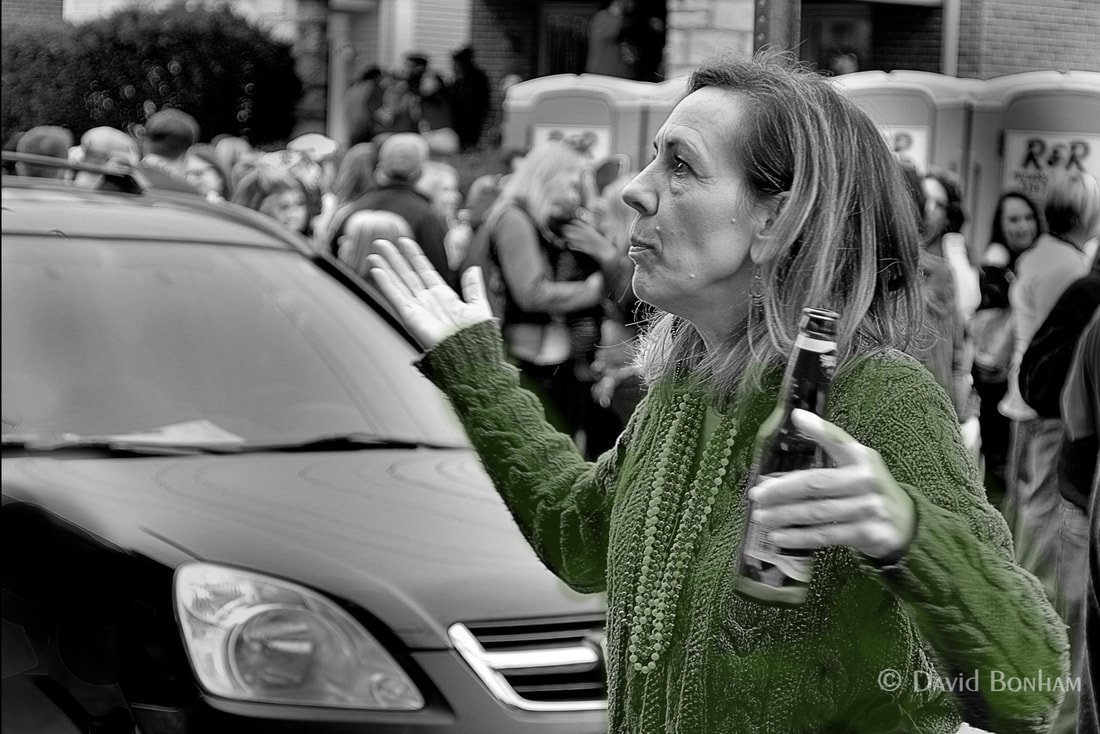 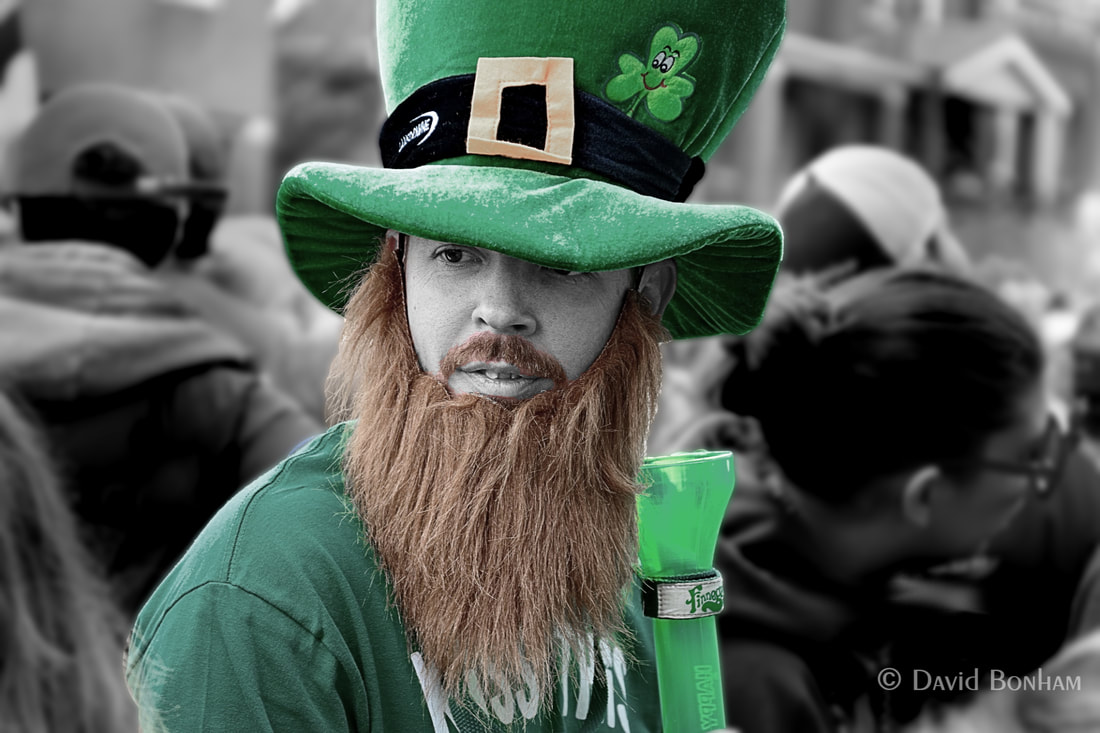 Originally everything but this man’s beads were converted to black and white; however, his ruddy complexion and slightly red eyes added so much to the intensity of his look I went back to color for all of him. 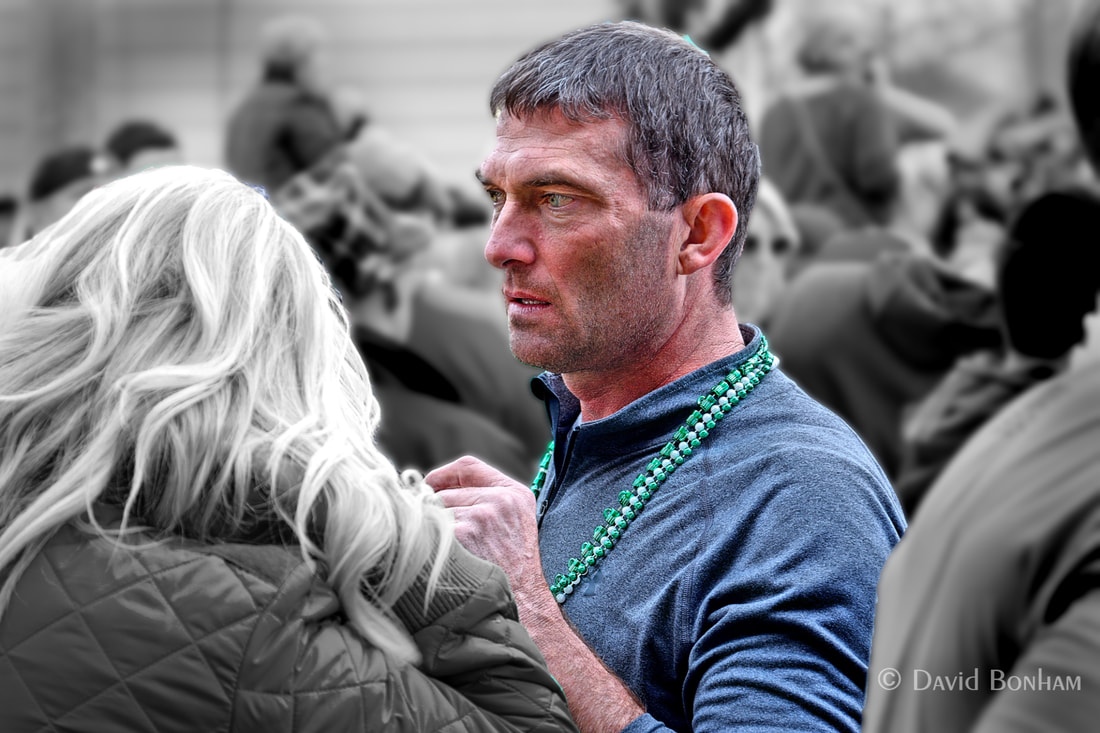 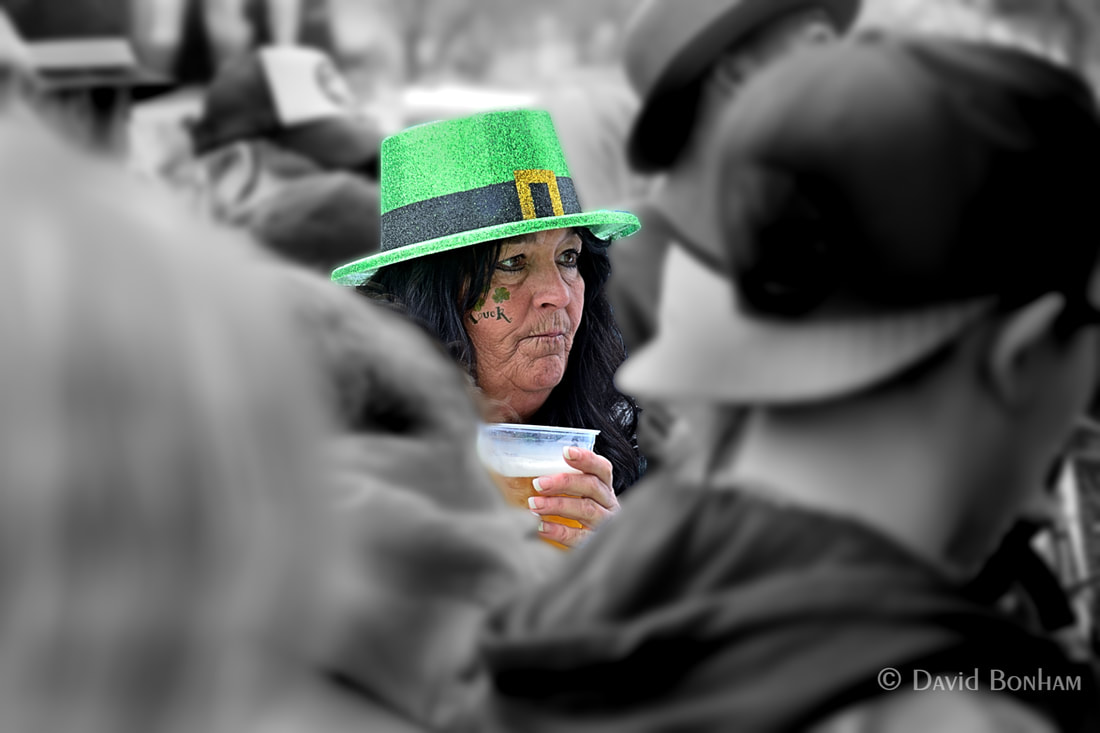