A couple of weeks ago I was telling my wife that I needed to do something different with the garden next year because it just was not attracting butterflies like the year before.  I told her how I’d seen less than a half dozen butterflies in the garden during the summer and about the same number on the butterfly bush about twenty feet away from the garden.  The prior year there were a good number of butterflies including swallowtails, cabbages, sulphurs, painted ladies, and monarchs.  What I did see in abundance this  were skippers, lots of them, every day.

This is only the second year for the garden and except for a coneflower, an aster, cosmoses, rudbeckias, and a couple of yarrow plants everything was new this year, including the butterfly bush.  Last year I had a bush in the garden but it took up too much space.  Due to some poor gardening on my part it didn’t make it through the winter, but that gave me the opportunity to free up space in the garden.  Next year I’ll not have the vincas and impatiens and fewer marigolds (all three kind of took over everything) and I’ll plant more native flowers.  Hopefully a high mix of native flowers will bring back the butterflies.

The very next day after telling my wife I hadn’t seen very many butterflies this year I saw about a half dozen painted ladies flittering around some orange zinnias, a few marigolds and a struggling lantana all planted around a bird bath on the opposite side of the yard from the garden. 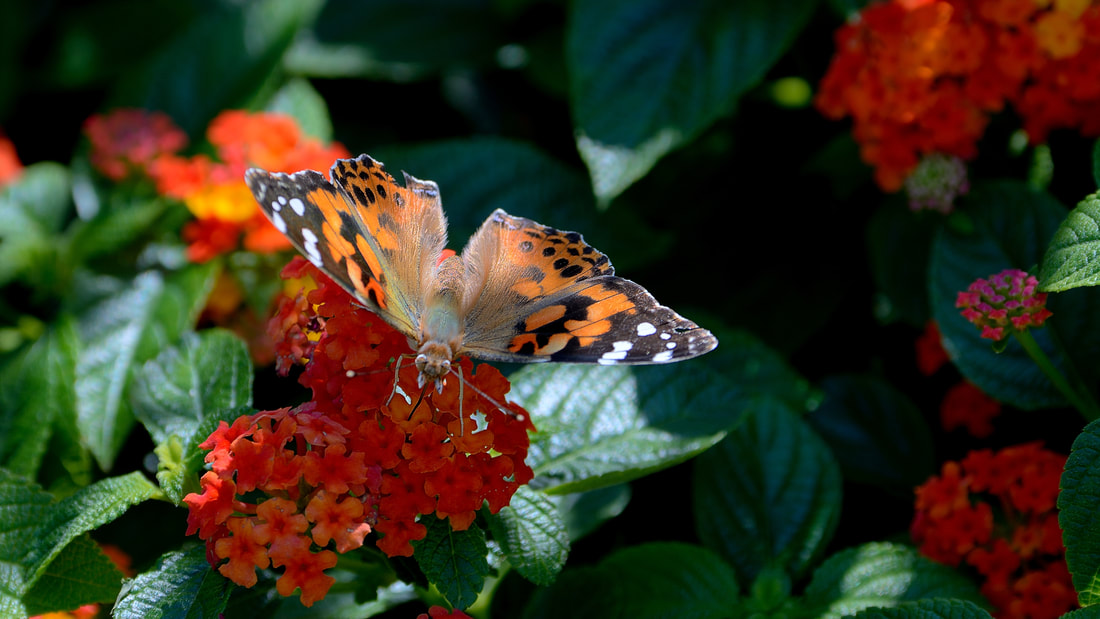 I really wasn’t sure why so many showed up out of nowhere after a summer of pretty much nothing but this link probably explains it.  I think my bird bath, similar to Denver, was in the path of a migration but on a much, much, much … much smaller scale.

The above photo was taken earlier this year at Tower Grove Park (south St. Louis) with a Nikon d7100 and a Nikkor 80-400mm zoom lens.

6 thoughts on “Missing Butterflies and a Sudden Appearance”