I was standing on my front porch (basically a concrete slab one step above the sidewalk leading up to it) about this time last year and I happened to looked down to my right at a mulched area of the front garden.  I saw a piece of mulch move almost imperceptibly.  My brain reminded me that mulch in inanimate, it does not move on its own.  After my eyesight transferred the image to my brain, I instantly recognized that the piece of mulch was about the same size, shape, and color as a slug.  Bending over for a closer look I confirmed it was a slug.

I immediately ran into the house, down the basement stairs, and to my camera.  As usual the macro lens was already on so I grabbed the camera, ran back upstairs, and out the front door.  While running I had taken the lens cap off, reversed the lens hood, and placed the strap over my shoulder and around my neck.  I was in luck, the slug had not moved very far – maybe an inch.  Yes, in retrospect, I understand that a mad rush to get my camera to get a photo of a slug was probably not needed.

So here are four photos representing the Slime portion of this post’s title. 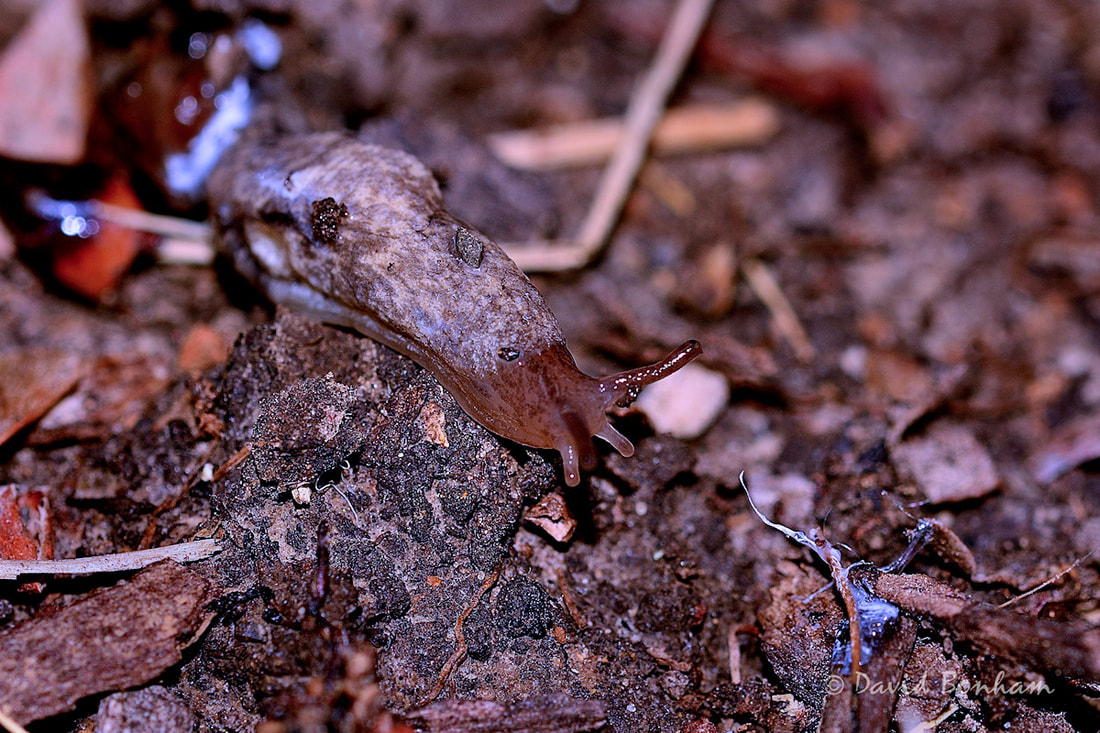 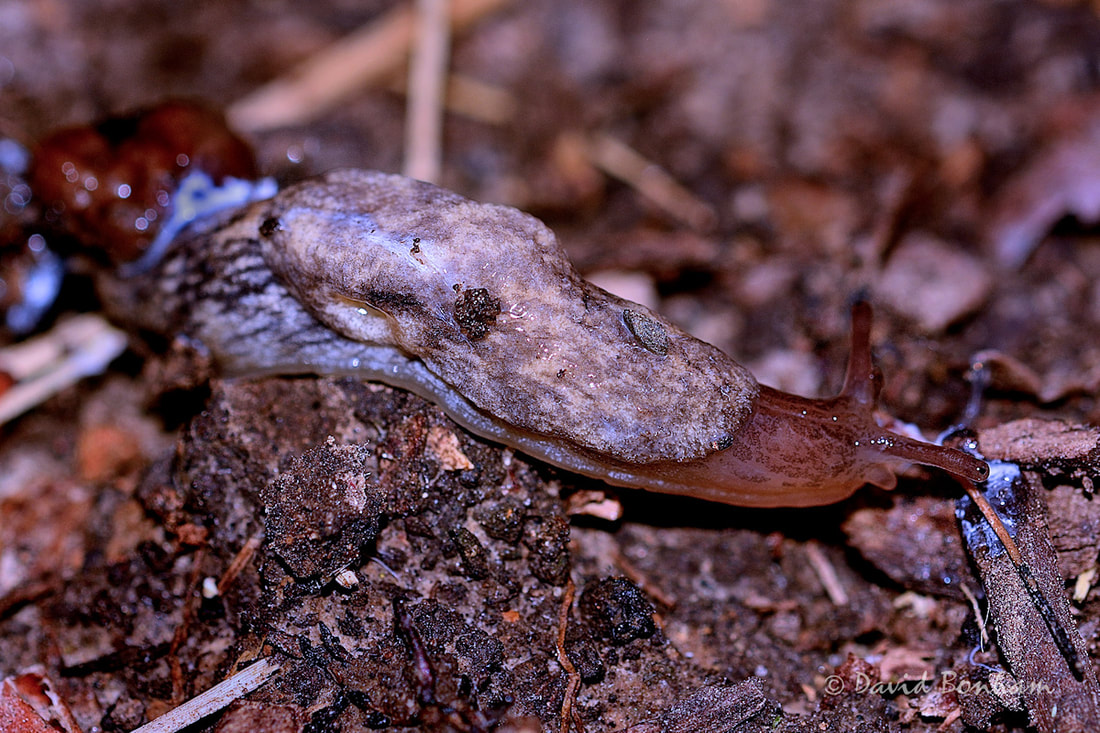 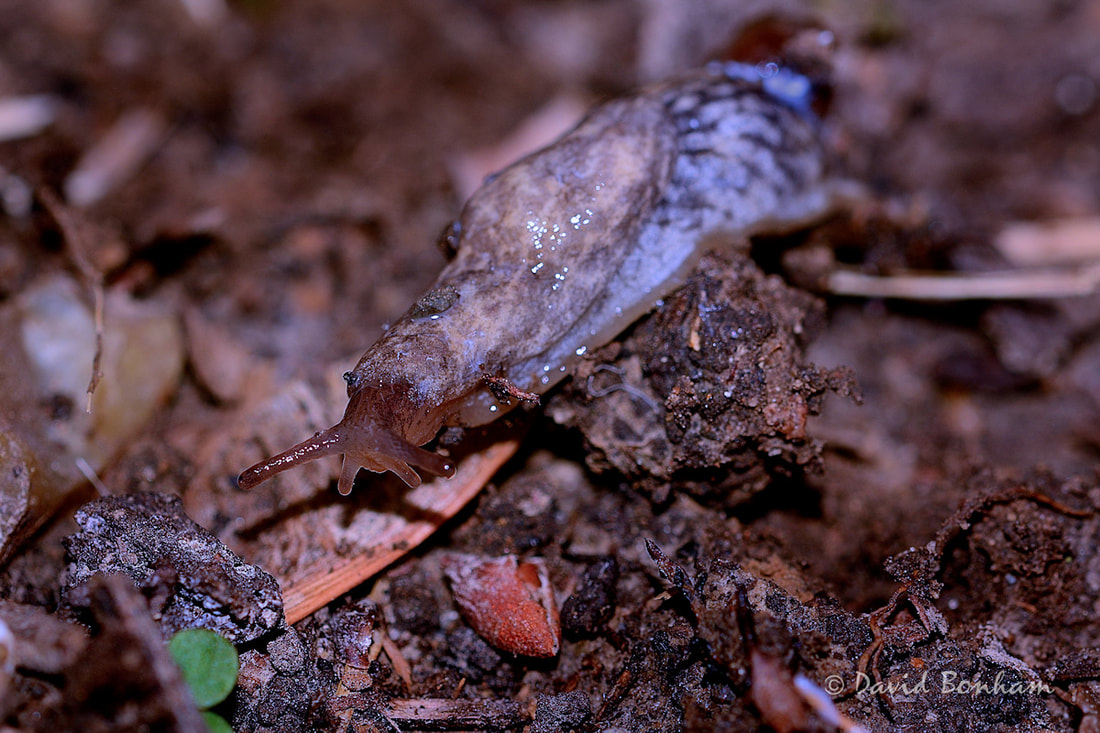 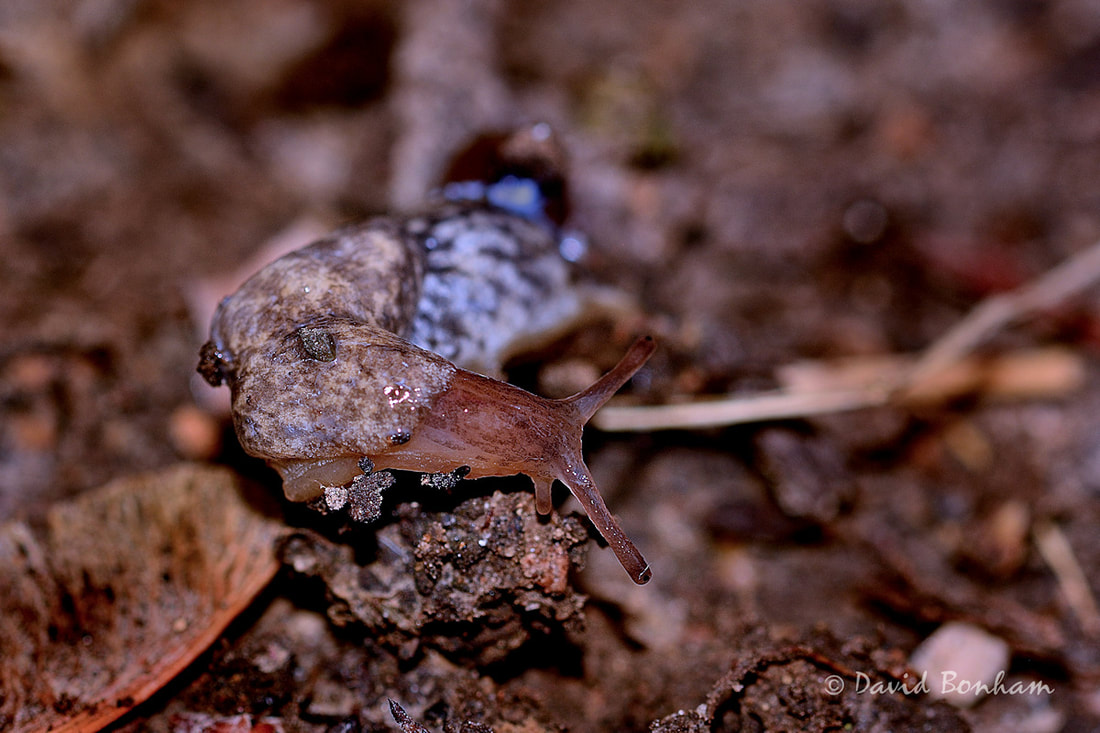 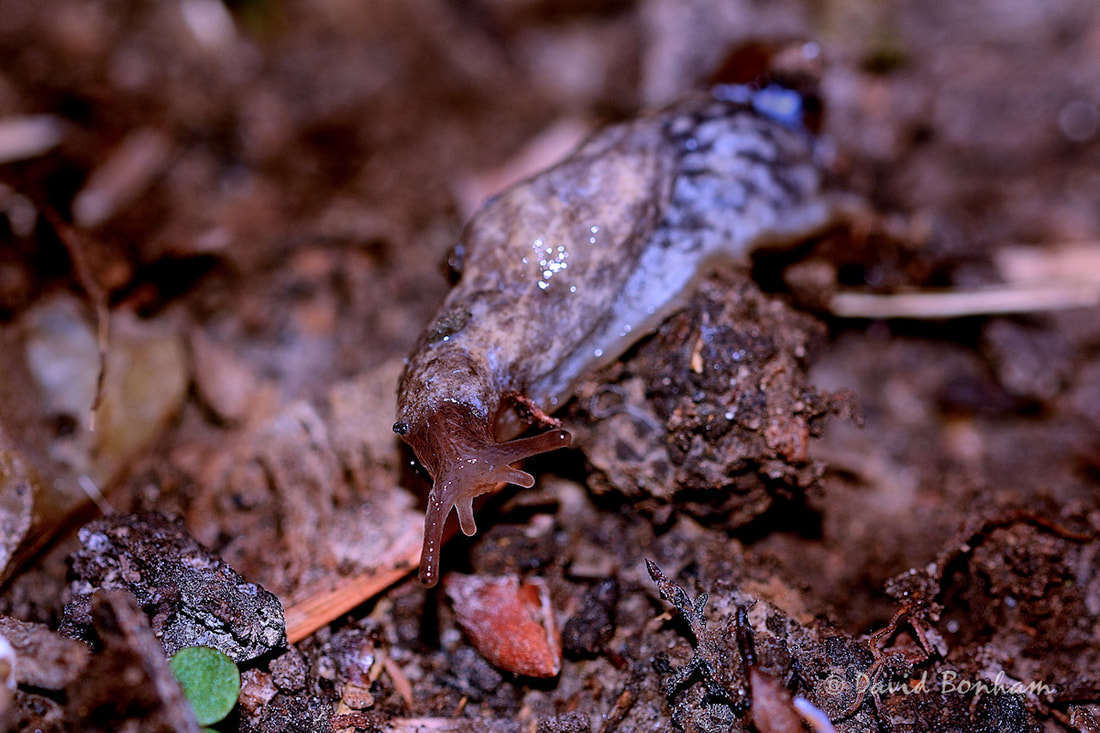 This is the sublime portion of the title, but I may have oversold that a bit.  Sublime, like art, is in the eye of the beholder and, similar to Einstein’s time, it is relative.  Let’s just say that in the general scope of things one would probably consider a flower more sublime than a slug.

You wouldn’t know it from these shots (because they are close-ups without any context for size), but this is a giant rudbeckia (rudbeckia maxima).  This shot also wouldn’t lead you to conclude its other names include:  cabbage-leaf coneflower, giant brown-eyed susan, giant coneflower, great cornflower, large coneflower, and swamp coneflower.  These shots isolating the young buds give no hint of the various names for this flower.

Despite the fact that these flowers were early arrivals in the garden (right after the fleabanes), I did not take any shots of the full grown plant.  In retrospect that might seem to be an unfortunate decision but I can justify it with the fact that I didn’t see any aesthetic merit is such a photo. 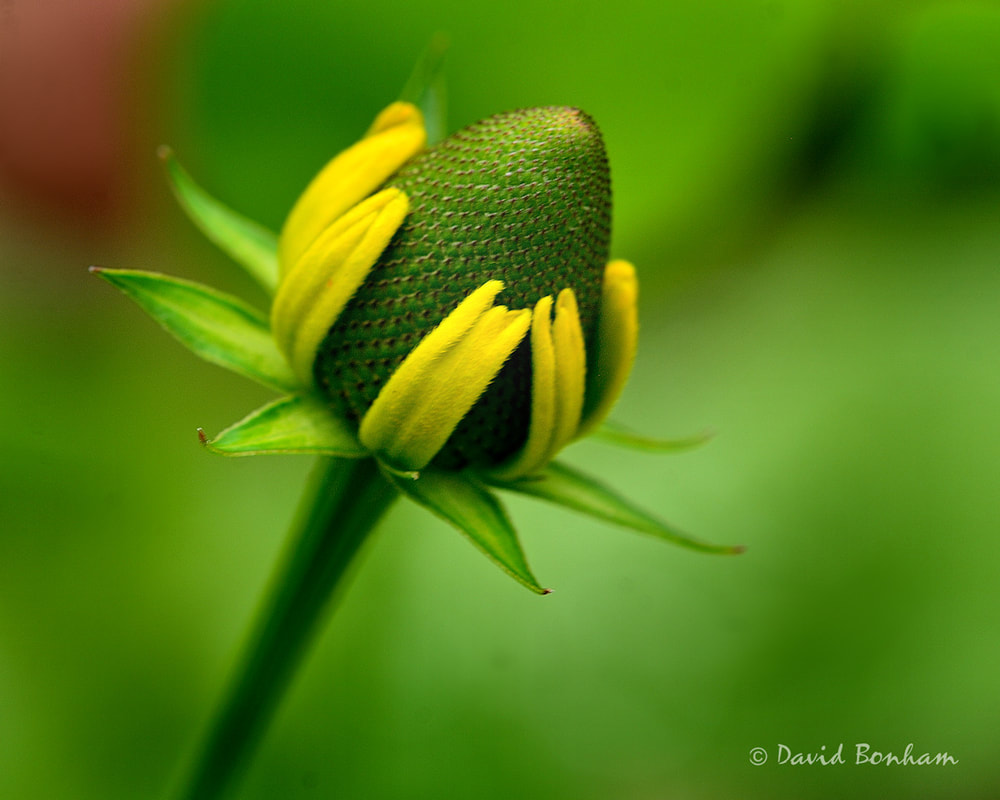 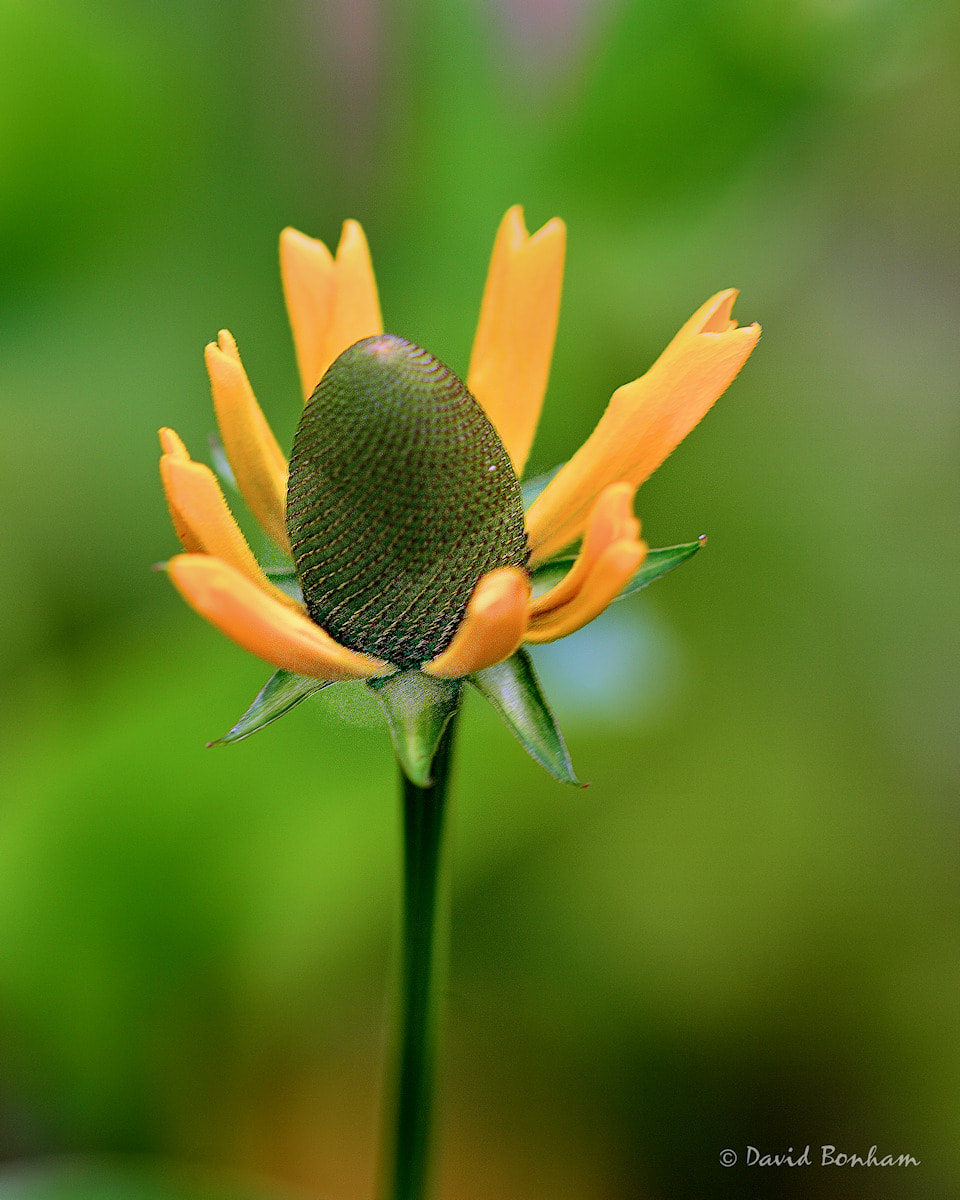 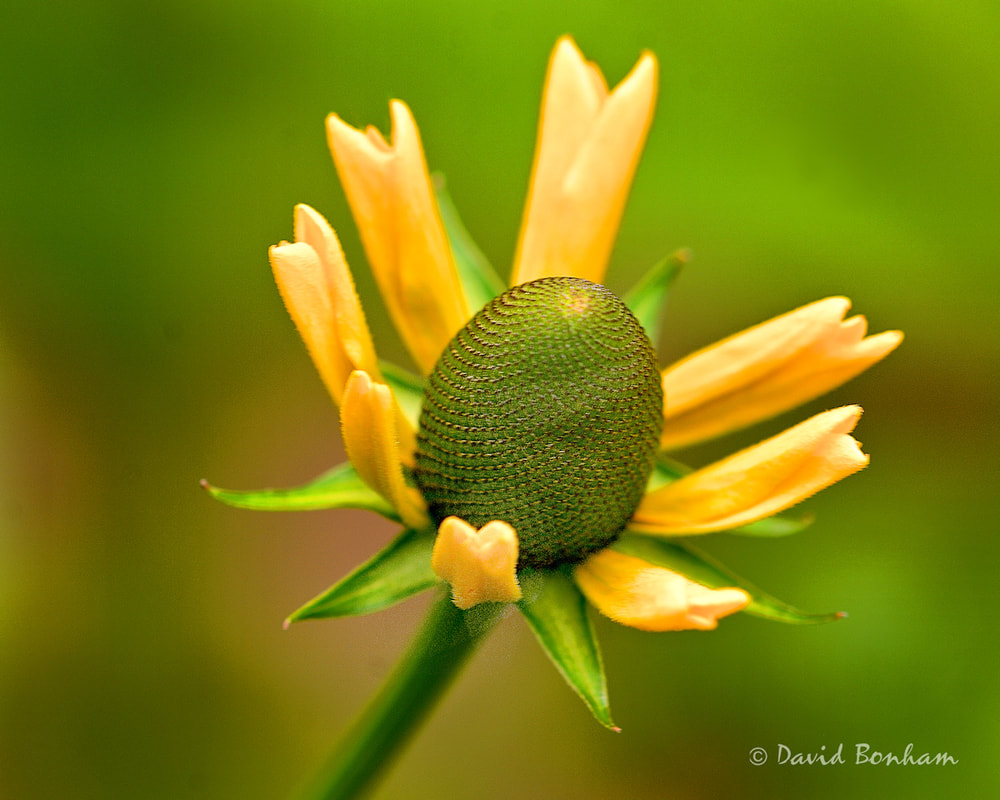 2 thoughts on “Slime and Sublime”