In early May last year I took a bunch of photos in my backyard.  At this time the “COVID lockdown” had been in place in our area for just under 60 days.  All the municipal, county, state, and national parks were closed so for much of 2020 my photography locations were pretty limited.  I did a lot of photography in my backyard.

Where I live it is unusual if you don’t see at least one or two robin eggs on the ground during spring.  They are almost always broken but this day I found a hole one.  Two days later it looked as though it had been punctured and it was just a shell of its former self. 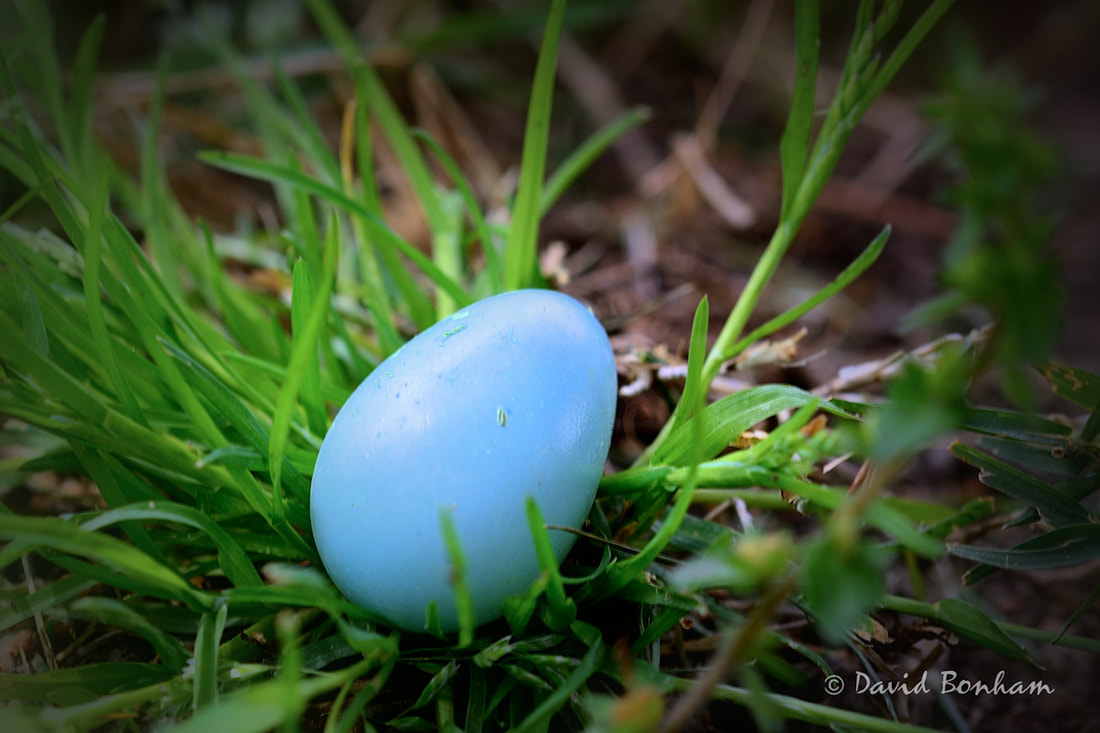 I used to know what these flowers are but not anymore.  A few years ago my wife planted them around the birdbath in the backyard, but I don’t like them.  They bloom early but die out before summer and are just greenery taking up space for the next 11 months.  I pulled them out this year but haven’t decide on a replacement yet.

Another reason I don’t care for these flowers is because I’ve never taken photos of them that I liked.  Below are my last attempts.  These are three different shots with different crops.  I thought this one might work with a single bloom among the buds, but it does nothing for me. 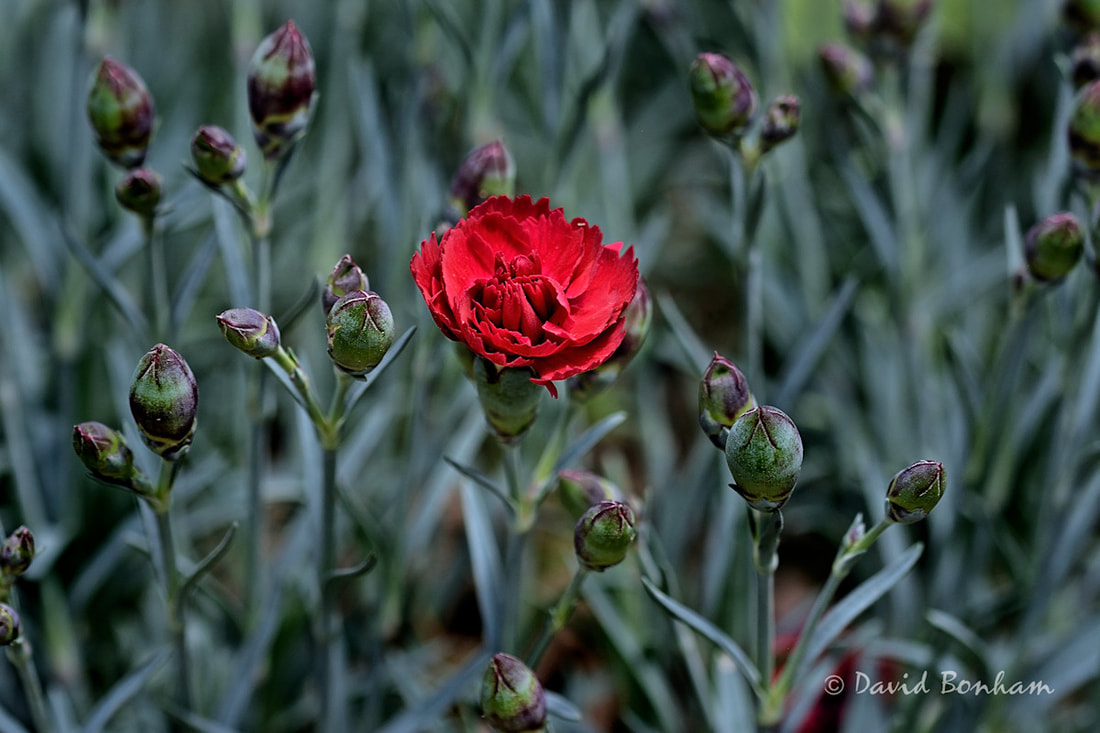 I thought getting closer might help, but no, not at all. 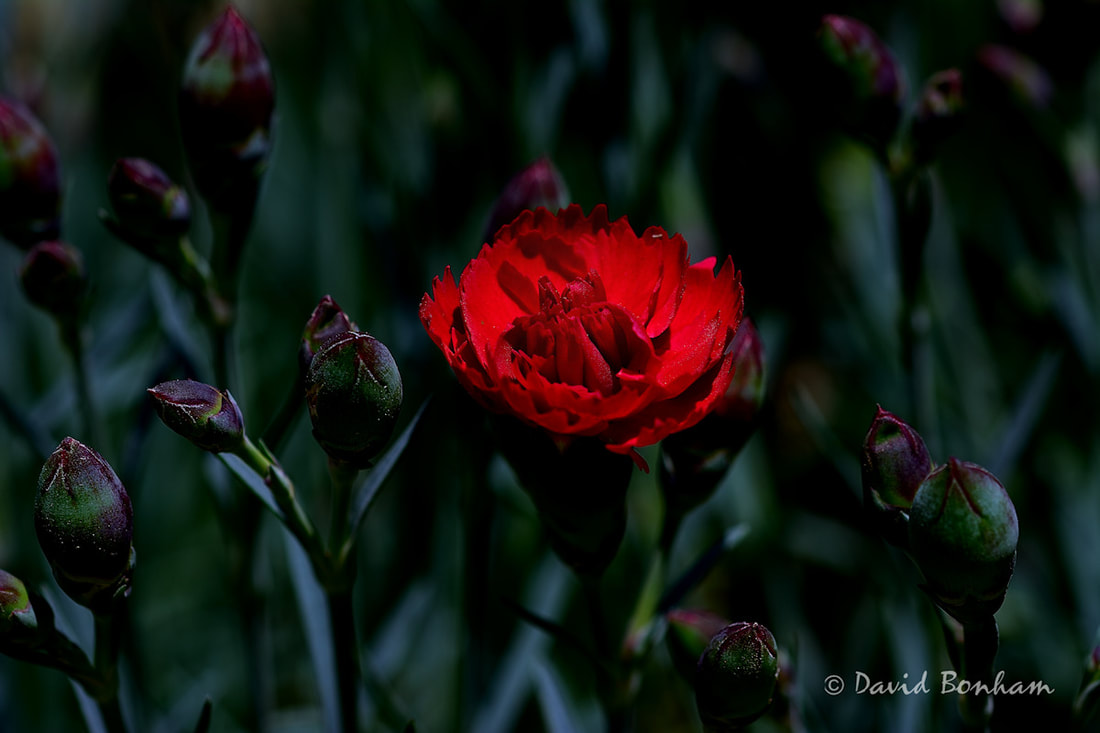 Maybe even closer?  Not a bit closer to striking a chord with me.  This is just an example of how I too often spend too much time trying to save a photo that just doesn’t work. 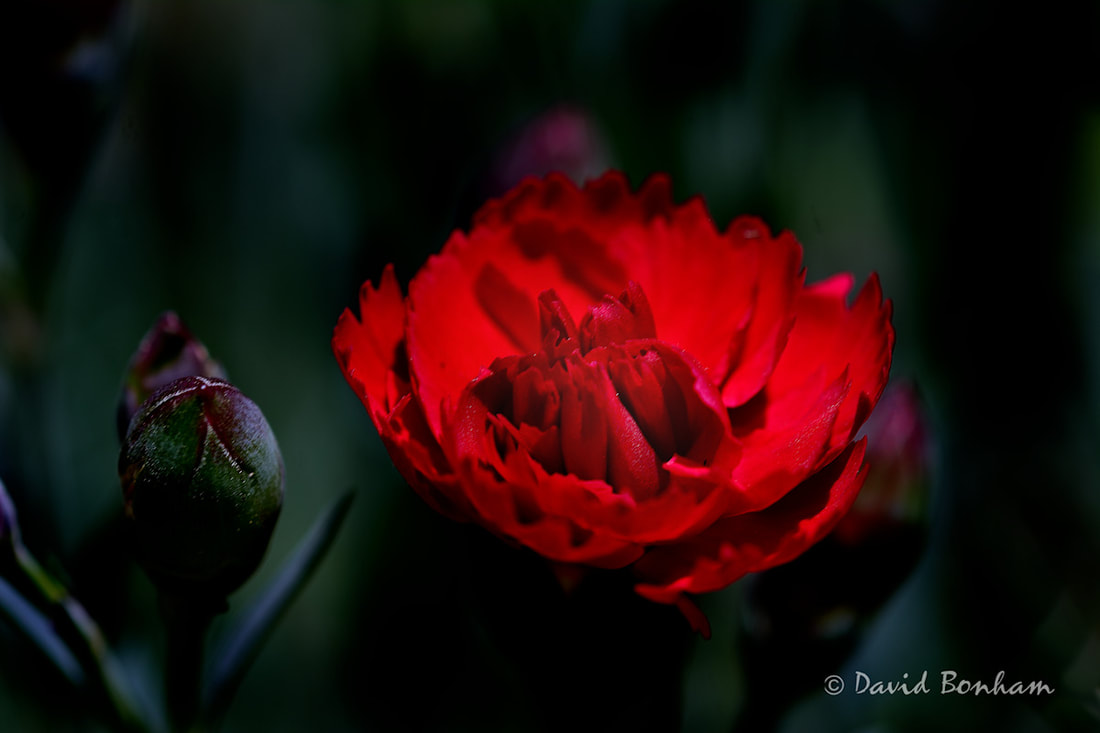 I don’t know what flower this is either.  I used to have the little plastic picture and info card that came in the pot the flower was in.  I stuck it in the ground near the flower.  When I bought the plant it was about half this size and only had three stems with leaves around it. 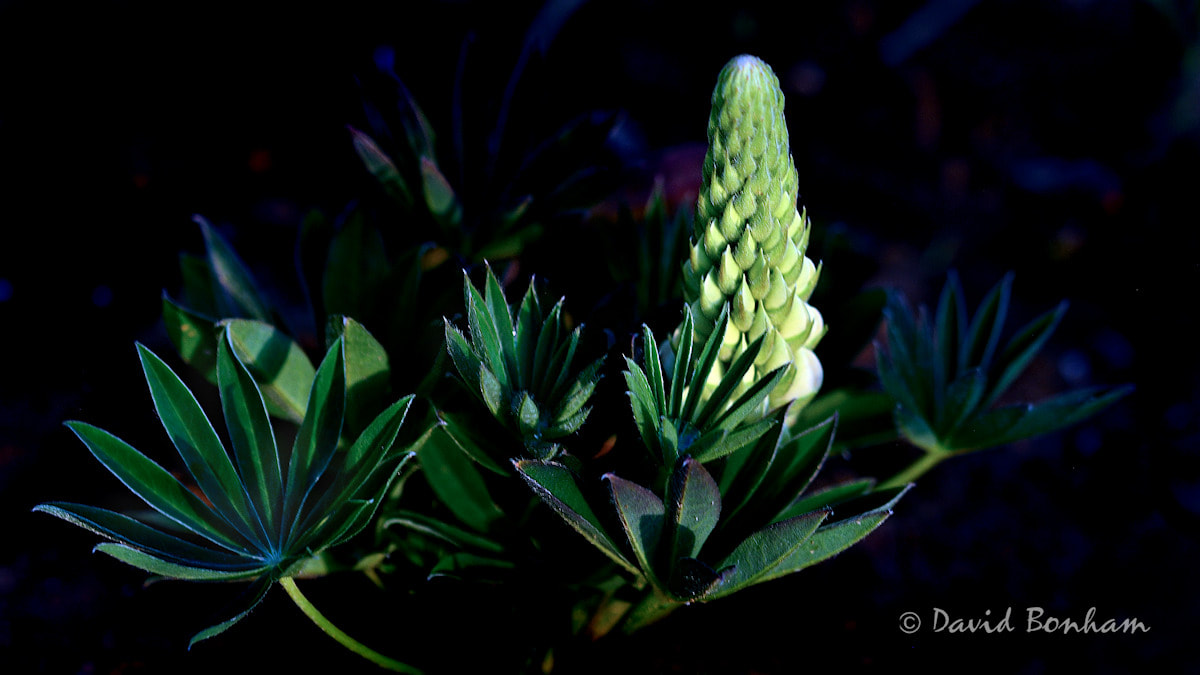 This photo is of the same plant as above, but taken taken May 11, six days later.  I really, really liked this flower.  A few days after this photo was taken we had heavy rains on and off for several days and the plant died in a pool of standing water in my crappy clay soil.  So did my three year old coneflower plant.  With the mystery flower reduced to a lump of soggy, brown vegetation, I threw away the card with its name and care instructions.  I wish I hadn’t. 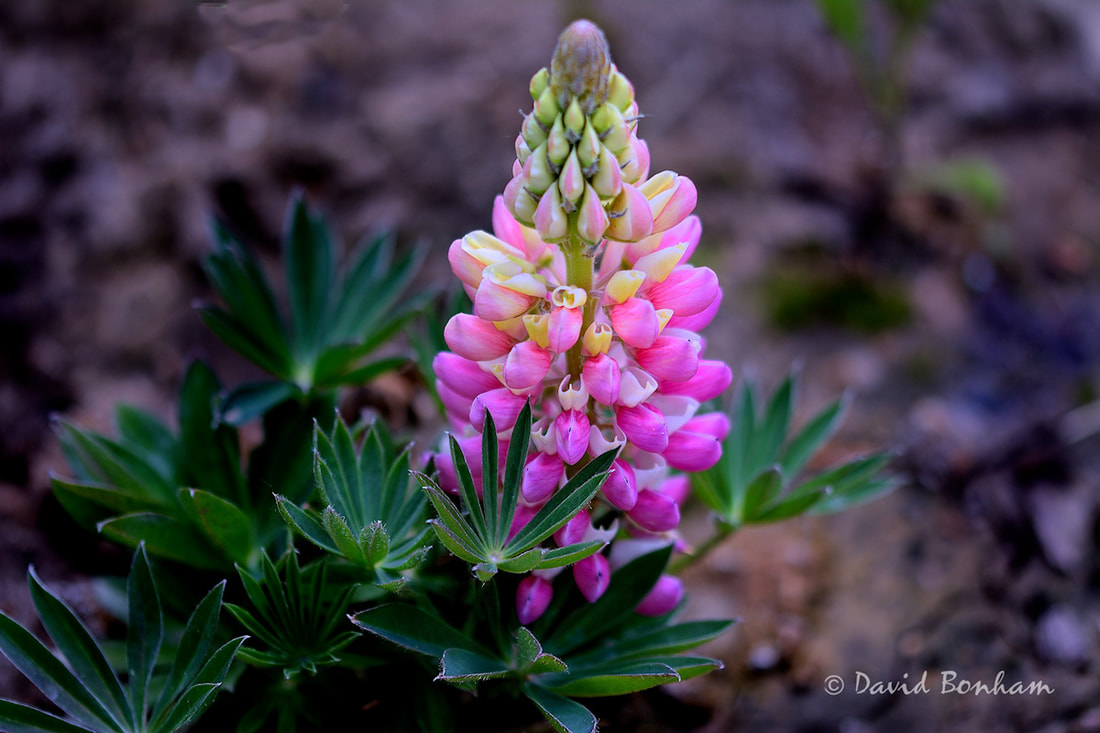 A spiderwort bloom.  As mentioned in prior posts, I found this spindly, one stalk plant growing wild at a gate post in my backyard.  I moved it to a corner in my garden and it has thrived since.  It blooms early and seems to go on forever.  It now has several stalks with multiple buds. 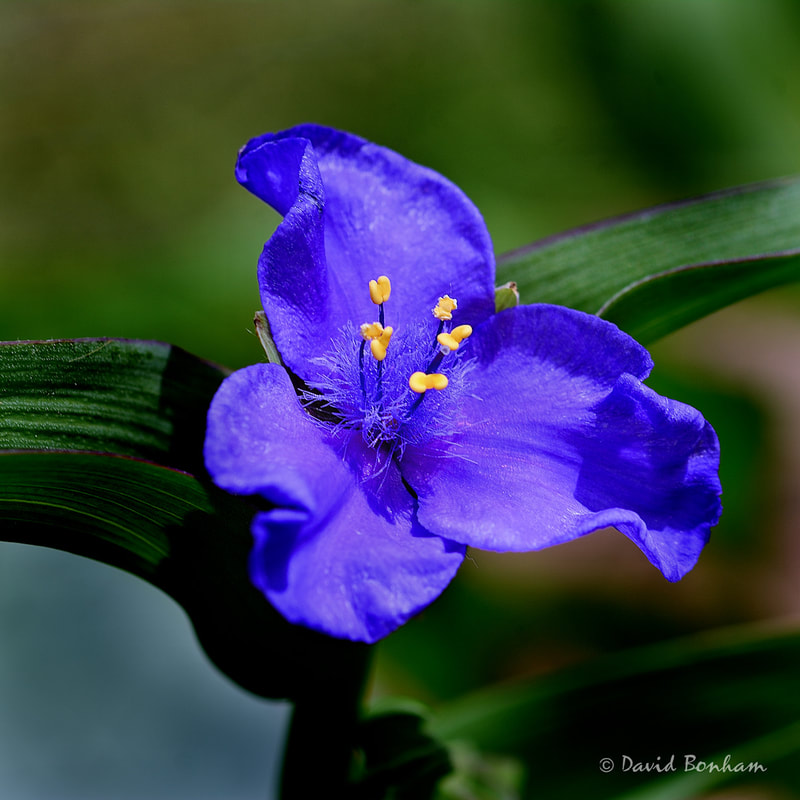 A flag iris showing promise of blooming.  I took three different shots of the same flower.  After processing, this shot looked okay, but nothing to write home about. 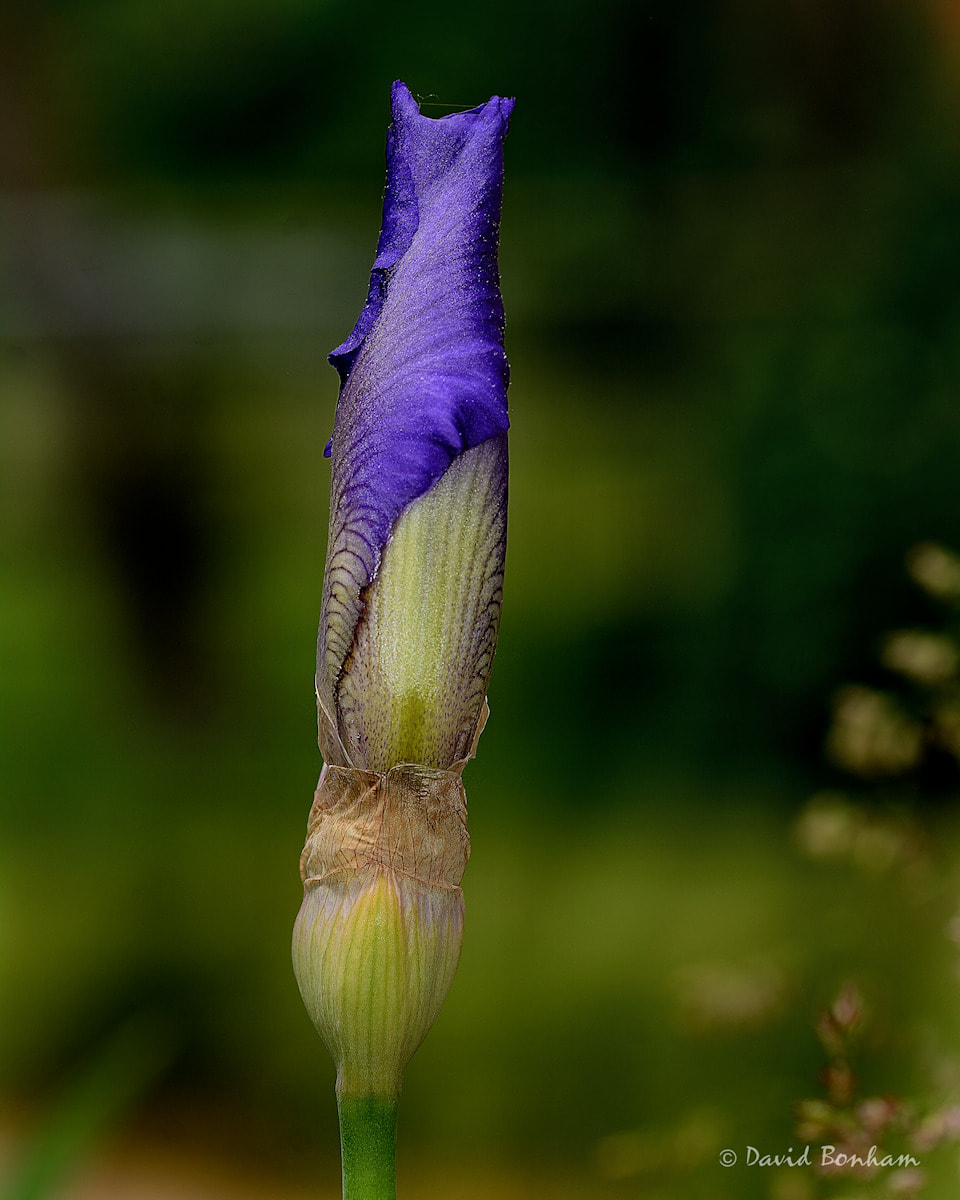 I like this shot better because of the colors added, but it’s still not right. 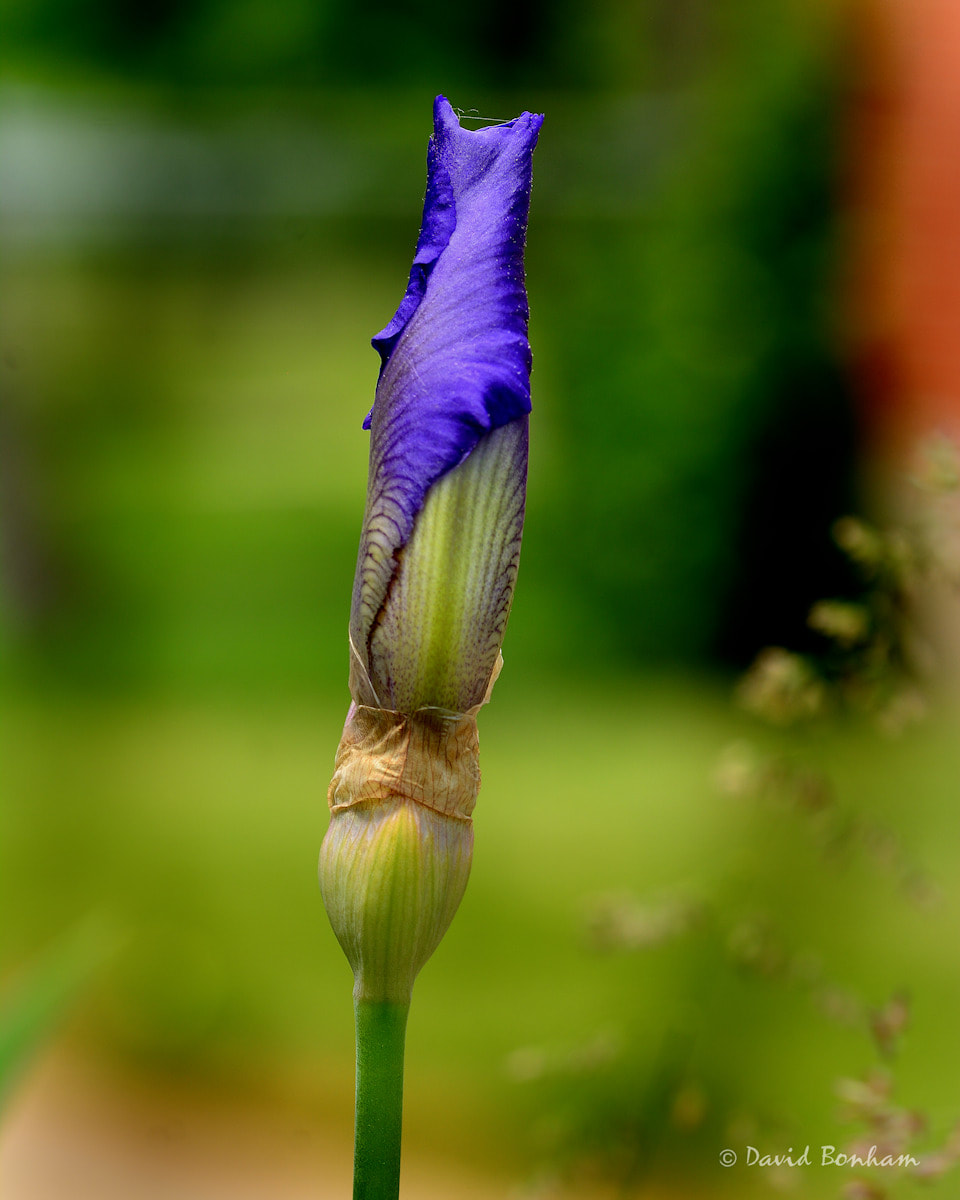 I was happy with this shot but something didn’t look right.  It has the added color of the other one, plus a little more dramatic lighting, and some out of focus plants on the right that I think add interest and not distraction.  They provide a smooth transition from the otherwise isolated flower to the eye catching red so that there is not an abrupt jump from one to the other. 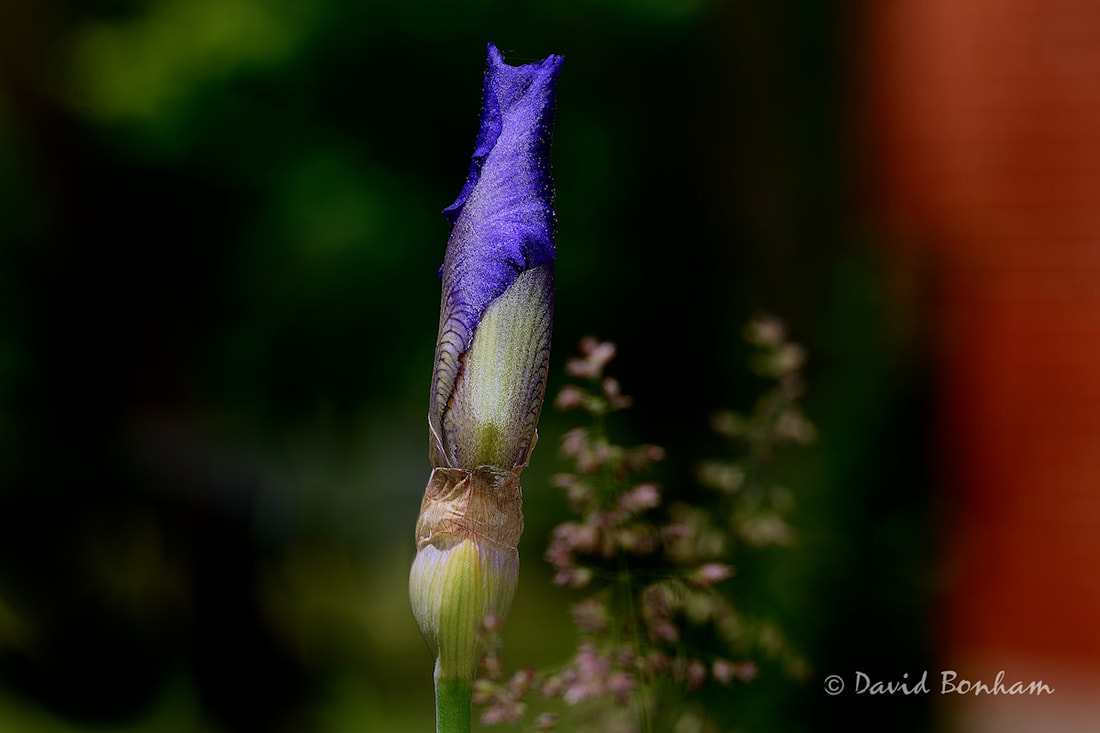 This is the same photo as above but I had figured out what was bothering me about the above.  It was all the negative space on the left.  I changed the crop from a 4×6 aspect ratio to an 8×10 ratio and eliminated a lot of the negative space.

I thought I was satisfied with this up until the time I was writing this post and looked at it again.   Now, after looking at it after some time has passed, it seems to be out of balance.  To me, the bulge in the top left of the column of red seems to be overbearing.   Such is the life of an amatuer photographer trying to make a nice looking photo. 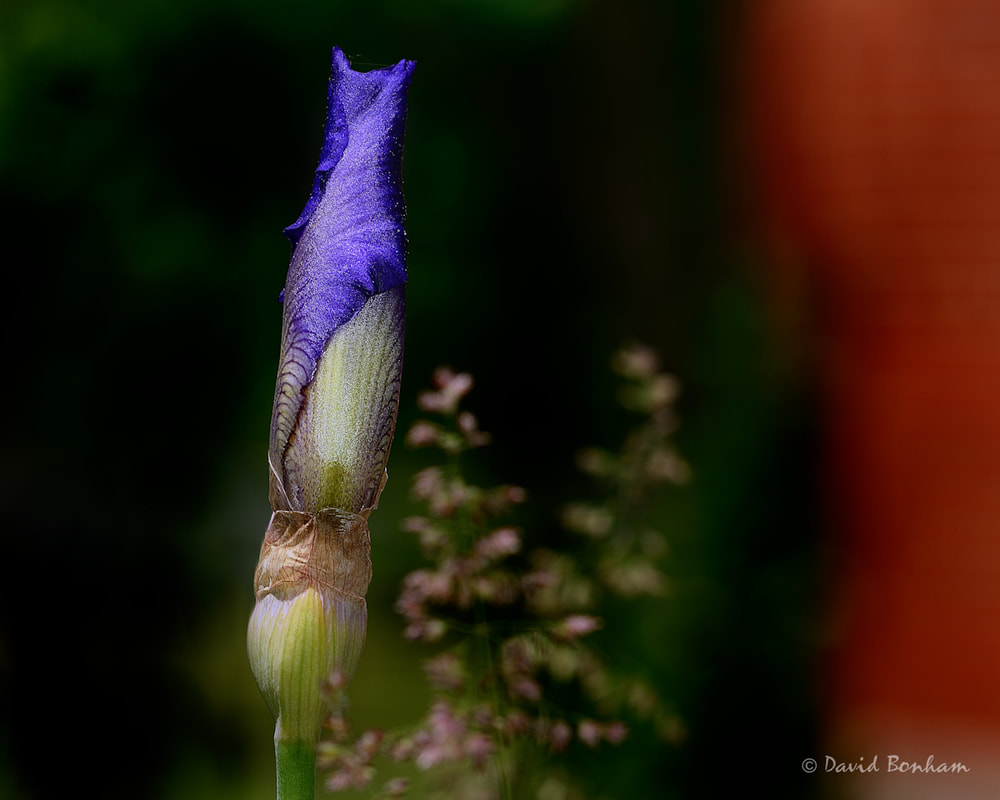 Another shot of the spiderwort. 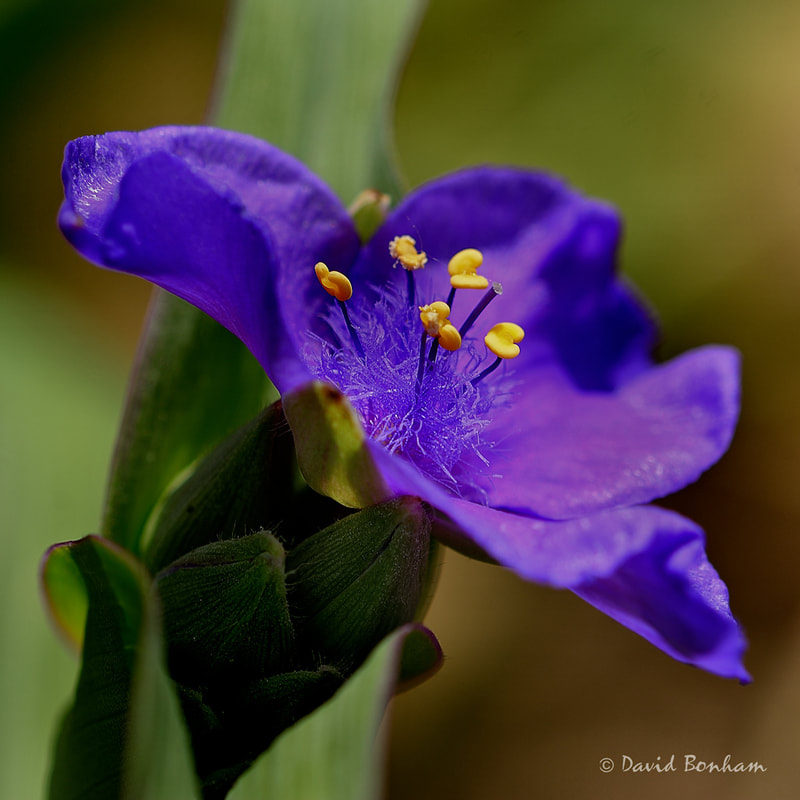 One of my favorite springtime plant subjects:  new leaf on an Eastern redbud tree. 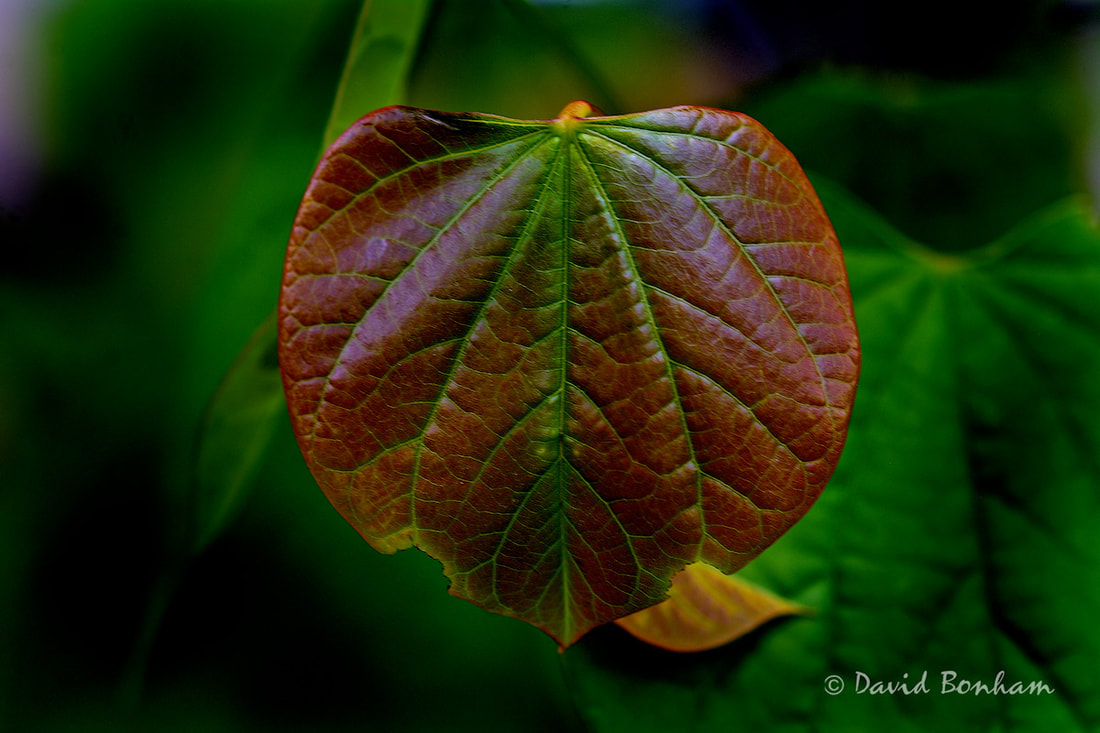 Another shot of the fleabane introduced last week. 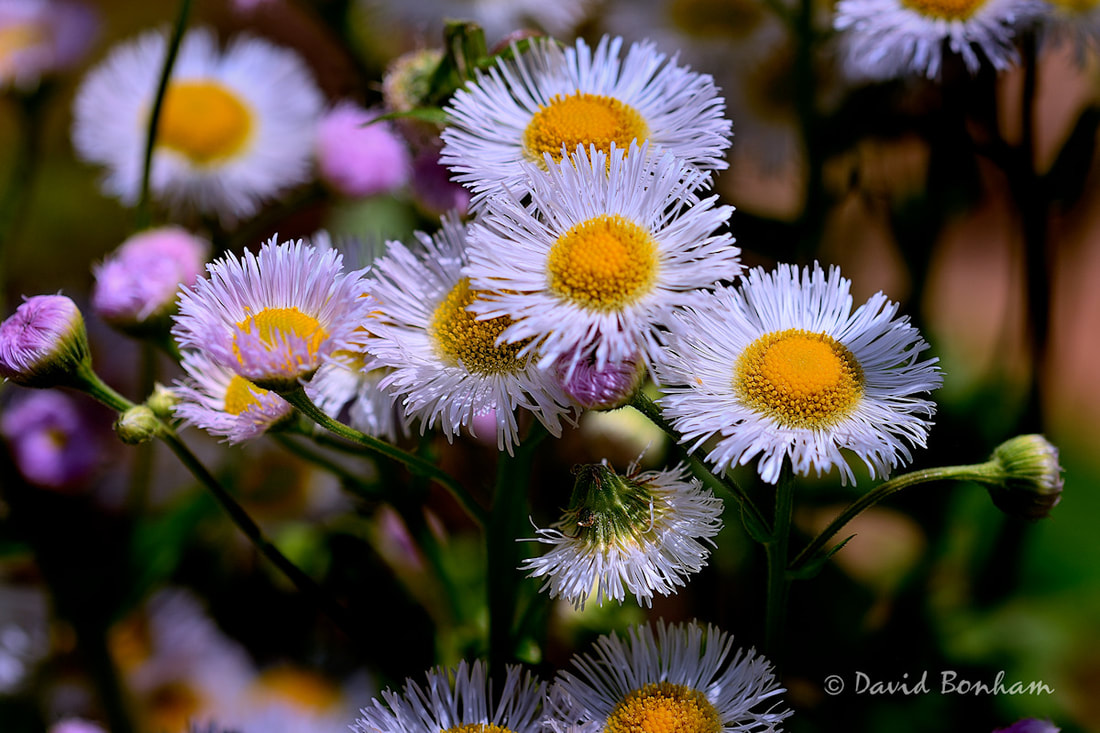