There is a 1940 movie called The Philadelphia Story .  The movie stars Cary Grant, Katharine Hepburn, James Stewart, and Ruth Hussey.  It’s one of my favorite classic movies with an interesting story line and, typical of a K. Hepburn movie, lots of witty back and forth dialogue.  This post is not about that movie, or any movie, I’m just using the movie title to create my title for this post.

But before I get into My Philadelphia Story I have a couple of extraneous photos taken at the same time as the “Philadelphia photos” that I’d like to share.  What’s that old saying, “let no photo go wasted”?  All of the photos in this post were taken from around 6:30 PM early in May.

I’m not positive, but I think this flower is a gaillardia, blanket flower. 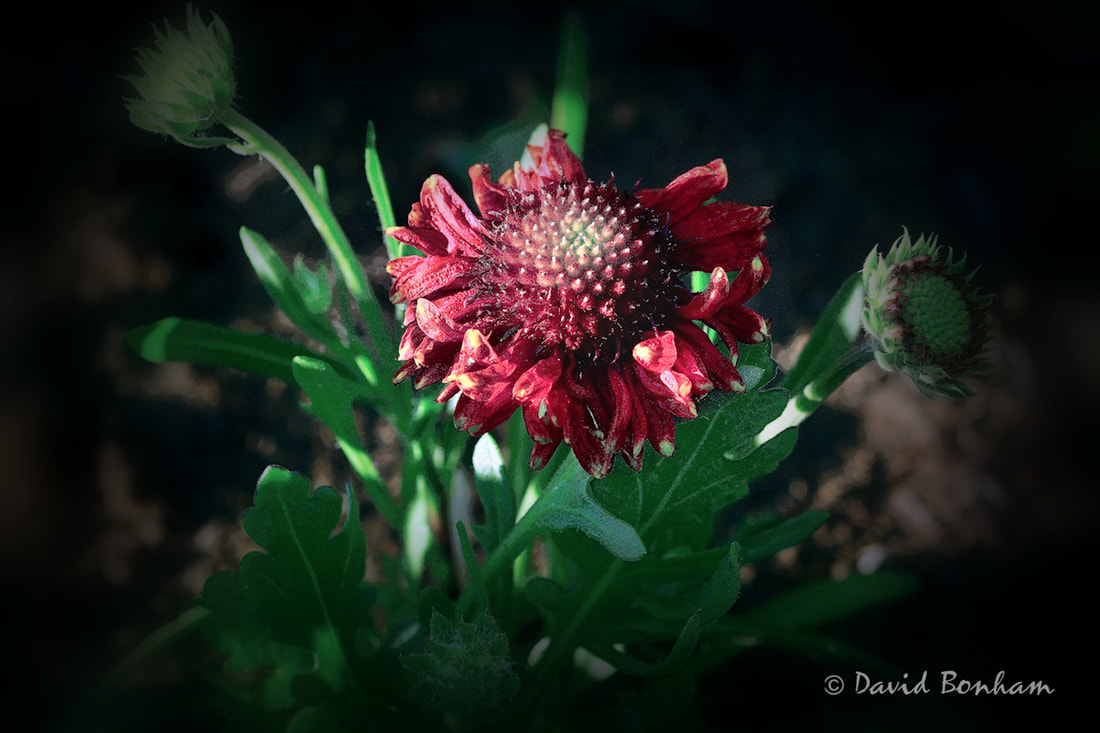 I am positive that this is Earth’s moon.  I’m still trying to get that perfect moon shot.  I’m not sure what it is going to look like but someday it will happen without me even realizing it happened until I review my photos on the PC. 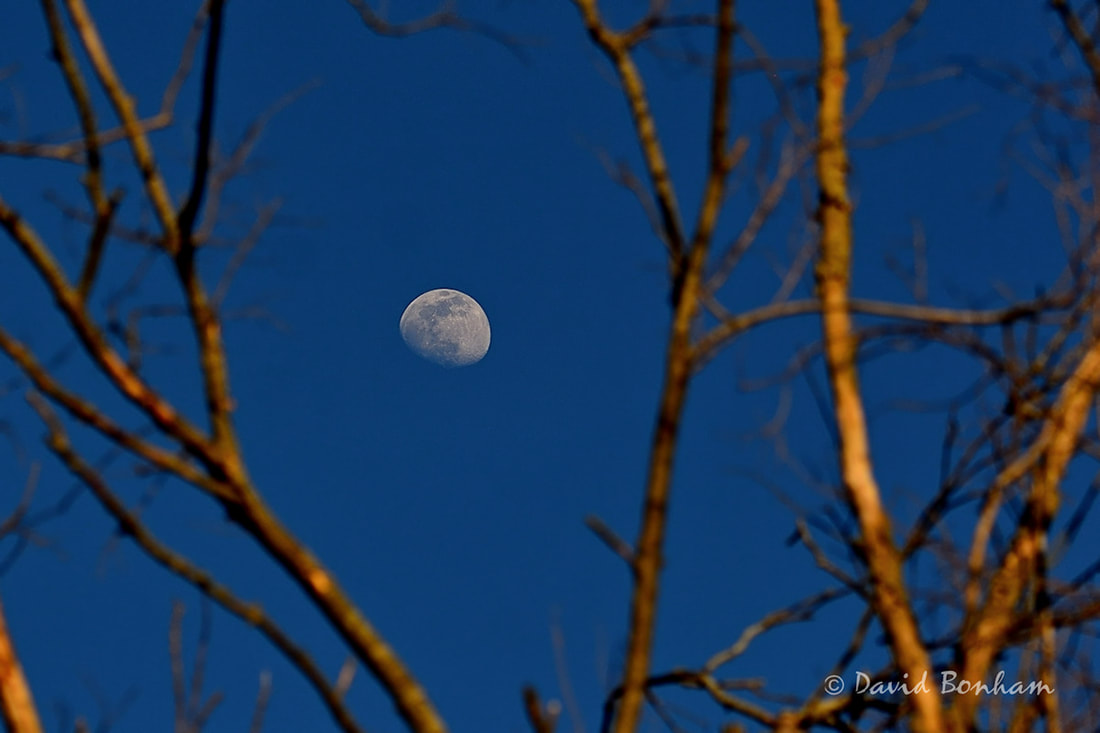 So now begins my Philadelphia story.  On day in early April I was looking out the kitchen window at my garden and saw what looked to be a very tall green weed growing in the garden.  It definitely was not something I had planted.  I went out to check and it was doing so well I decide not to pull it but to let it continue to grow to see what it would become.  A few days later it started budding and by the end of the month it was in bloom along with a couple of smaller satellite plants.  It eventually got to be three to four feet tall, thanks in part to Miracle Gro.

Since this was the only thing in bloom, and the perennials and self seeded rudbeckias weren’t even close to budding, I decide I would keep this and its little siblings as full fledged members of the garden. 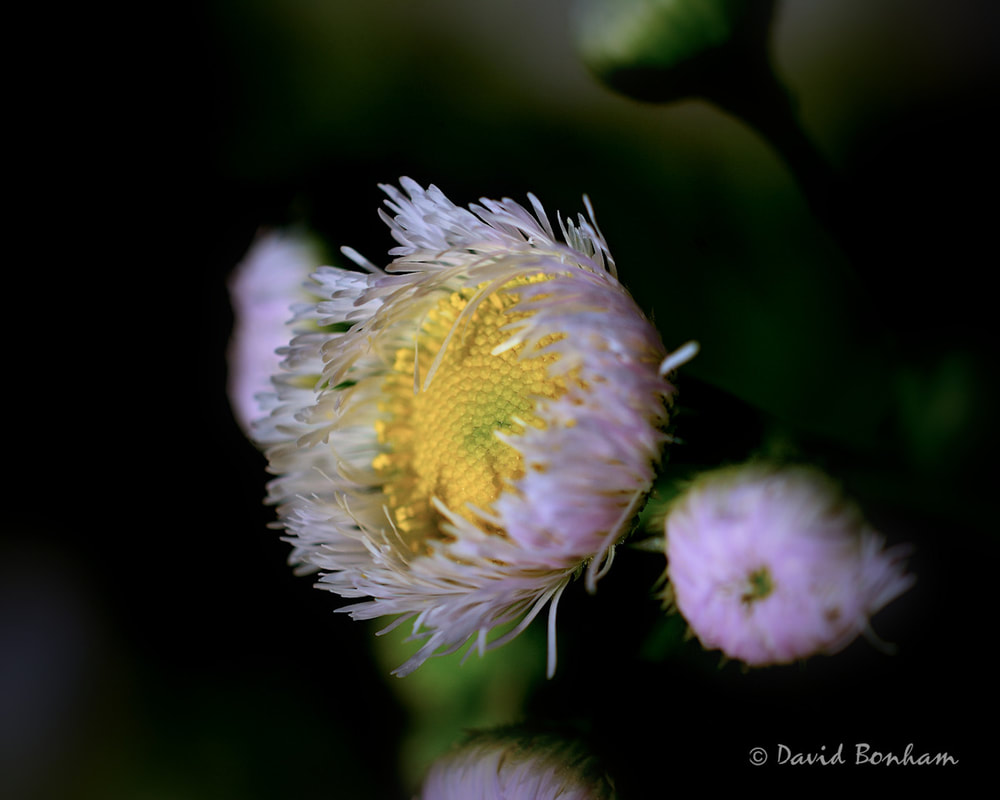 After transferring the photos from my phone to my PC I decided I should try to find out the name of this flower and determine if it is a garden flower or weed so I could talk about it when I got around to posting.  I went out to the garden the next day and took a picture with my Snap Plant app.  It said the flower was a Philadelphia Fleabane.  I did some Googling and it appears to be a weed or, as it prefers to be called, a wild flower. 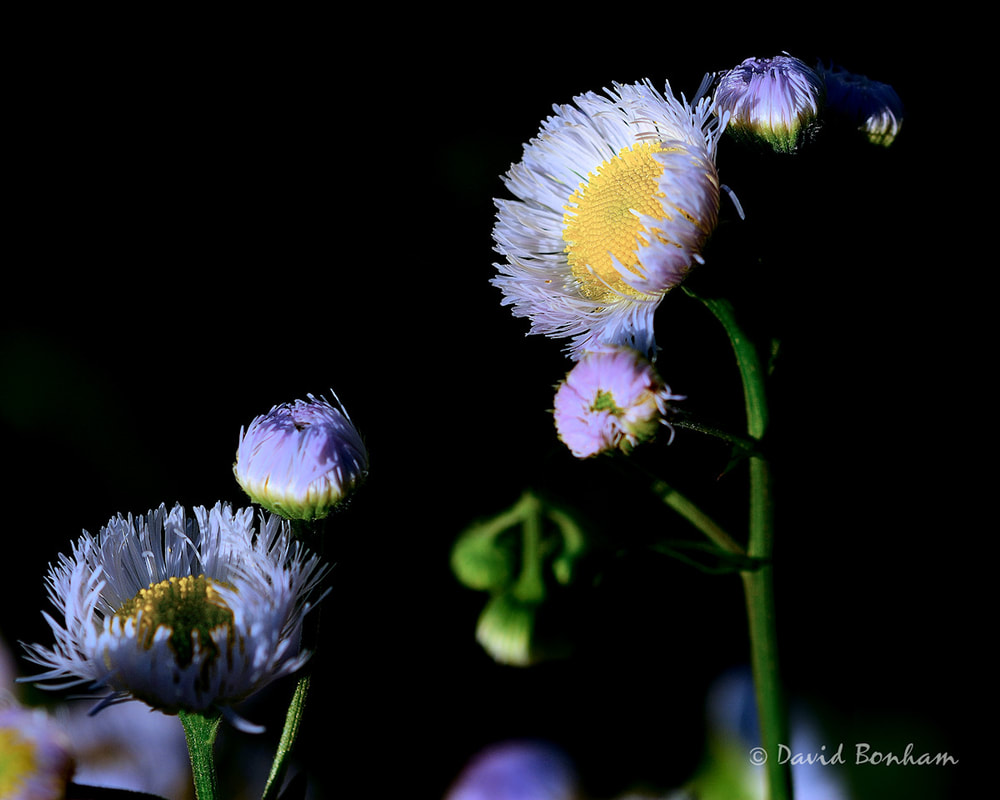 I found the name Philadelphia fleabane to be kind of strange so I decided to see where the name came from. I went to Online Etymology and found this paragraph explaining the word bane:

I couldn’t find anything to explain Philadelphia in the plant’s name and I can’t even imagine why. 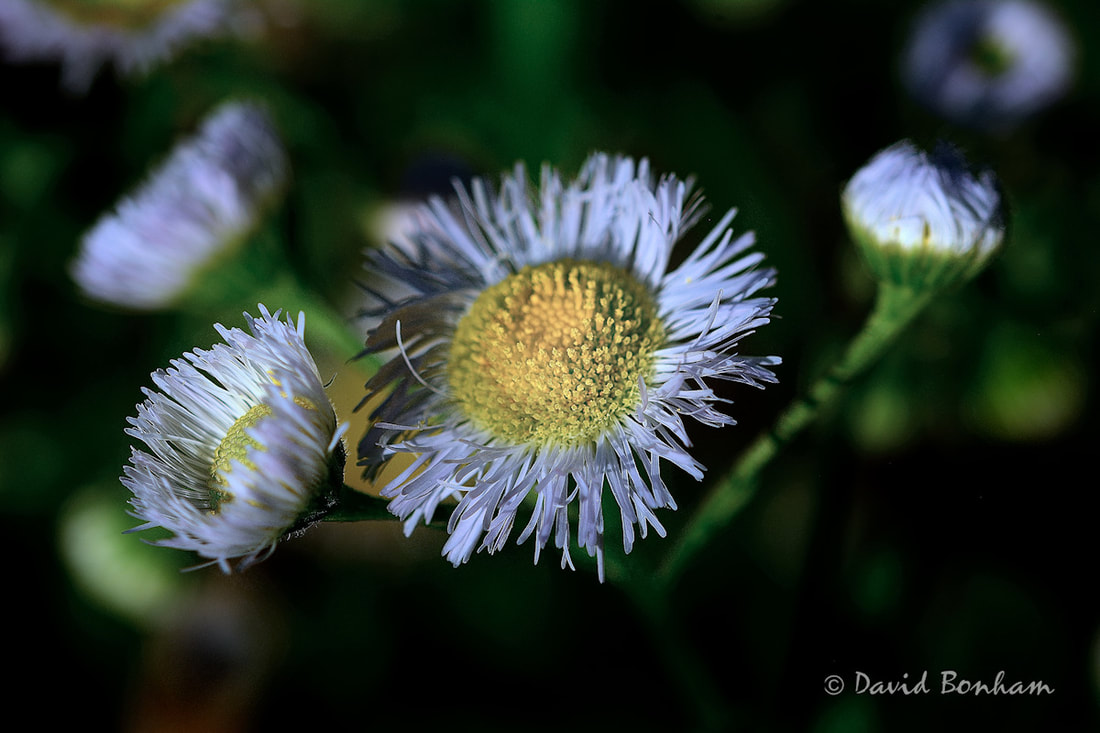 Below is a photo similar in looks to one I took a few years ago of a flower called rattlesnake master.  That flower and this one both remind me of a cheerleader with pom poms. 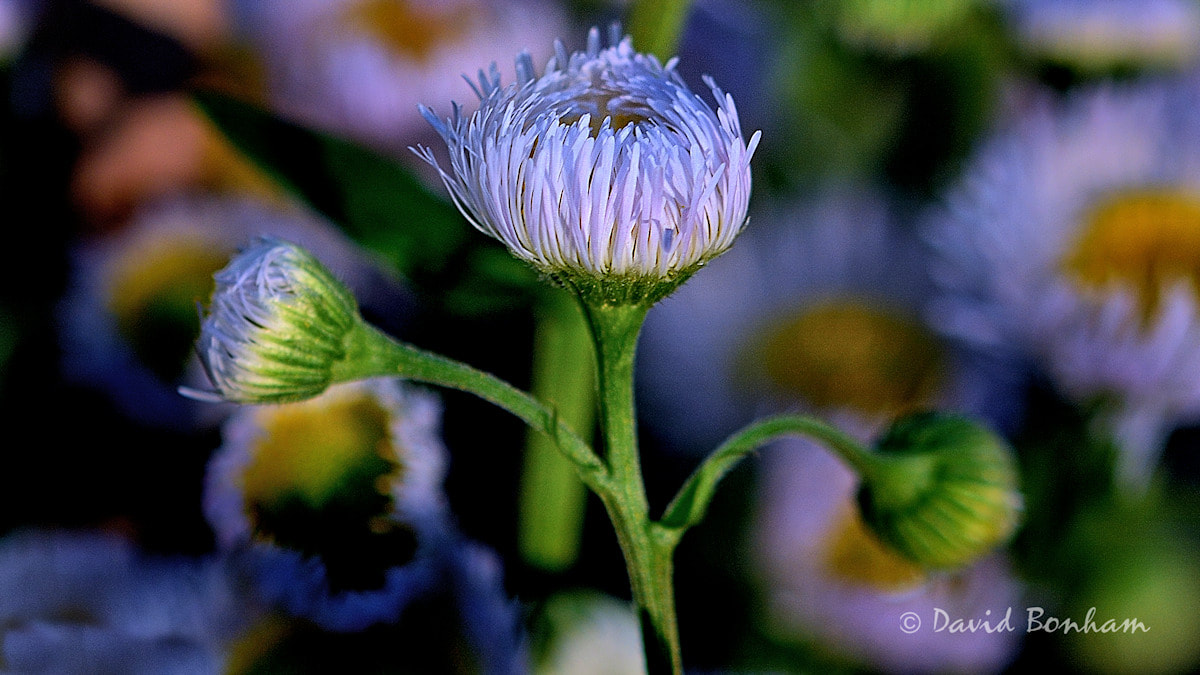 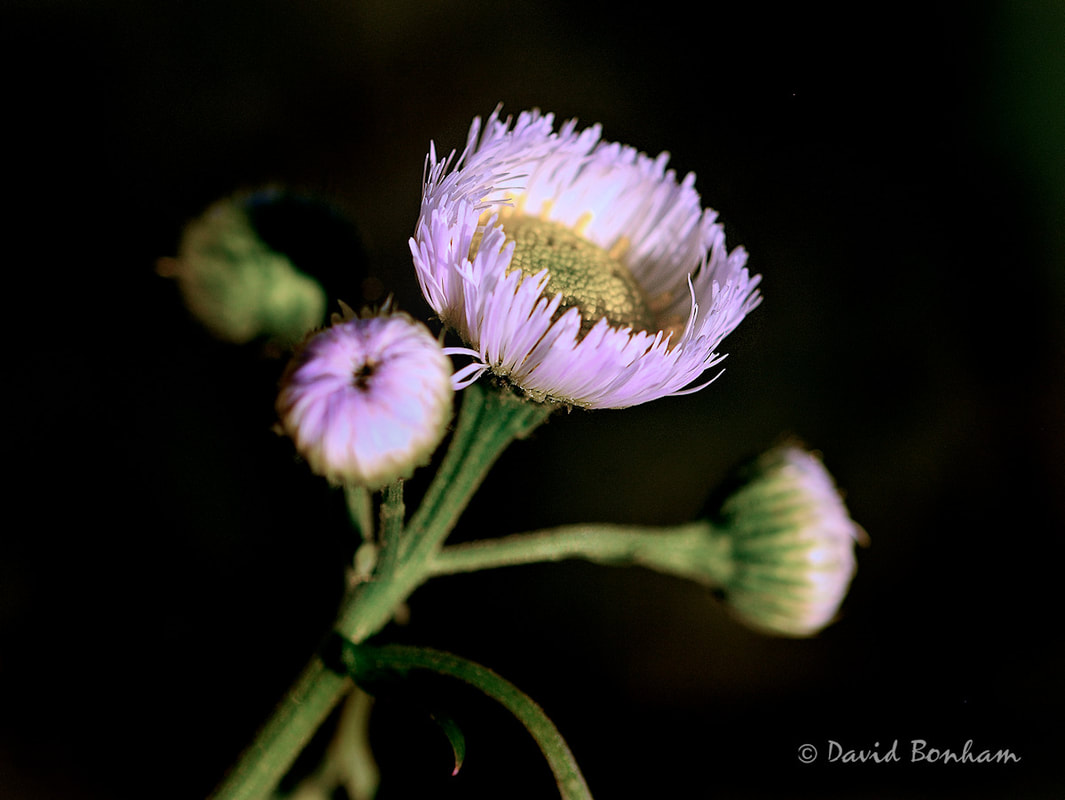 This just looks like a crazy creature “dancing like nobody’s watching”.  In the lower right there it looks like the left leg is starting to kick up while hopping on the right leg. 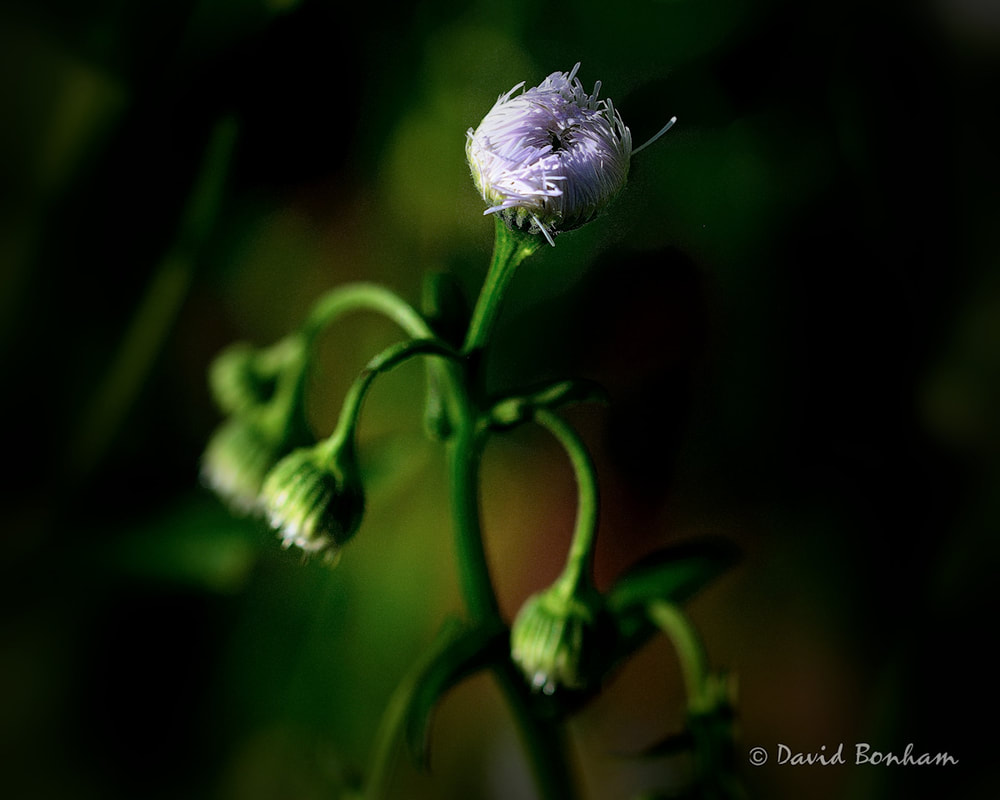 A little fun with a special effect in my editing software. 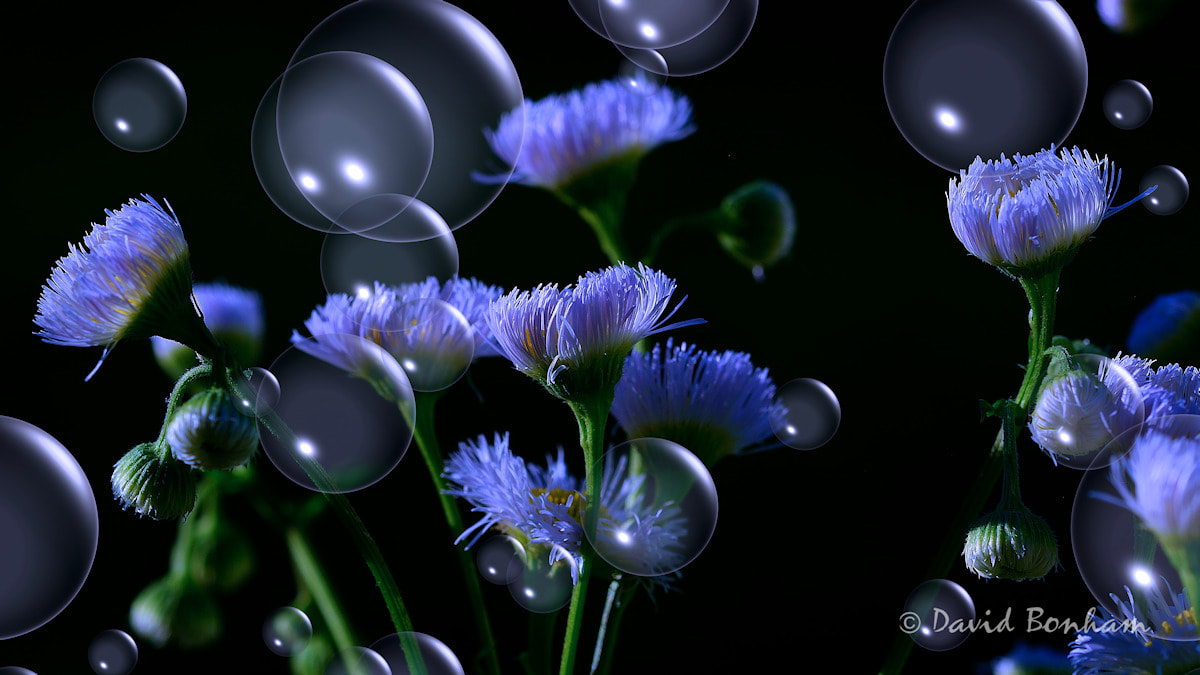 8 thoughts on “My Philadelphia Story”