I’m calling him Mr. Robin because I believe he is a mister and not a miss or misses.  But I’m not positive because I’ve not seen that many robins that have been identified as male or female.  It’s always easier to identify sex when one sex has two or three distinct traits/characteristics that the other sex does not have.  The problem with identifying male vs. female robins is that the distinction is based on how the similarities of the two sexes differ.

I know I explained the flat rock shown on the left in this photo before, but I have some time so I’ll do it again.  I noticed that when the bowl of the birdbath was not filled to the brim, the smaller birds like the wrens, and even the house finches, couldn’t bend over far enough to reach the water.  The robins and blue jays had no problem.

I figured I’d solve the problem by putting a brick in the middle of the bowl.  Instead of helping fewer birds were showing up.  Thinking the “unnaturalness” of the brick was scaring birds away I put in the flat stone.  It wasn’t thick enough to put in the middle so I angled it on the edge.  This allowed the birds to walk down to the edge of the water.  Turns out the birds loved it and I started attracting more birds and species that had not come before such as goldfinches and, unfortunately, ravens.

So back to Mr. Robin.  Here he is walking down the ramp to take a bath.  He seems to have paused to ask himself “do I really want to do this?” … “what if the water is cold?”. 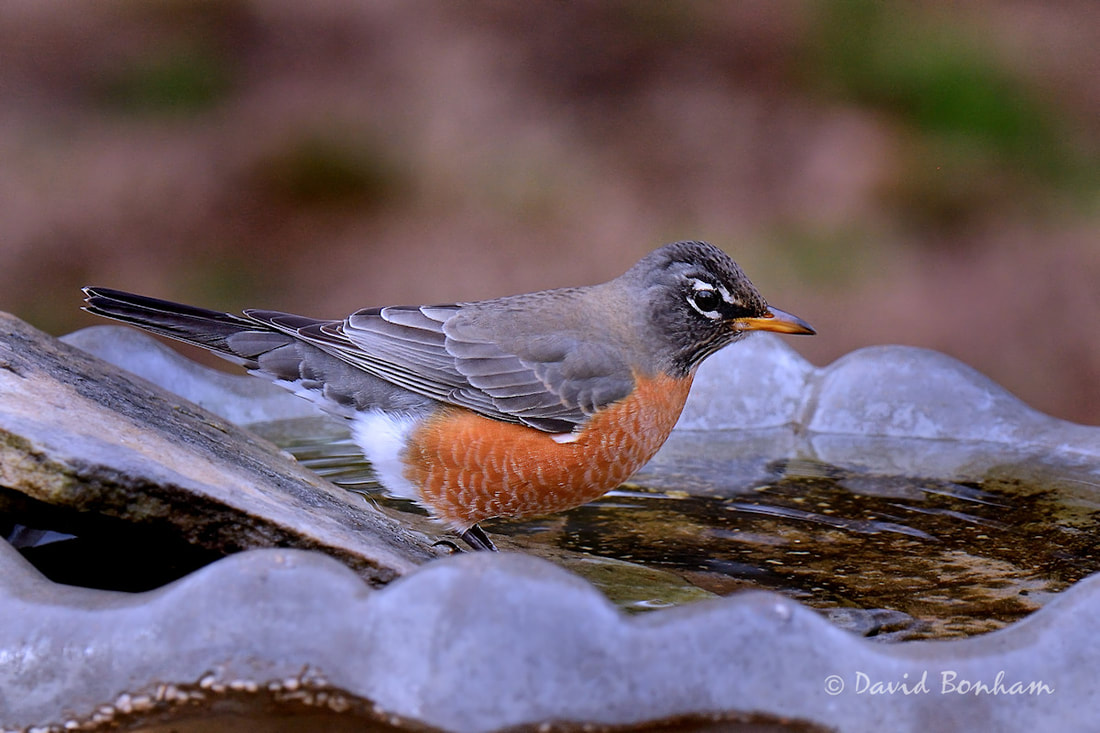 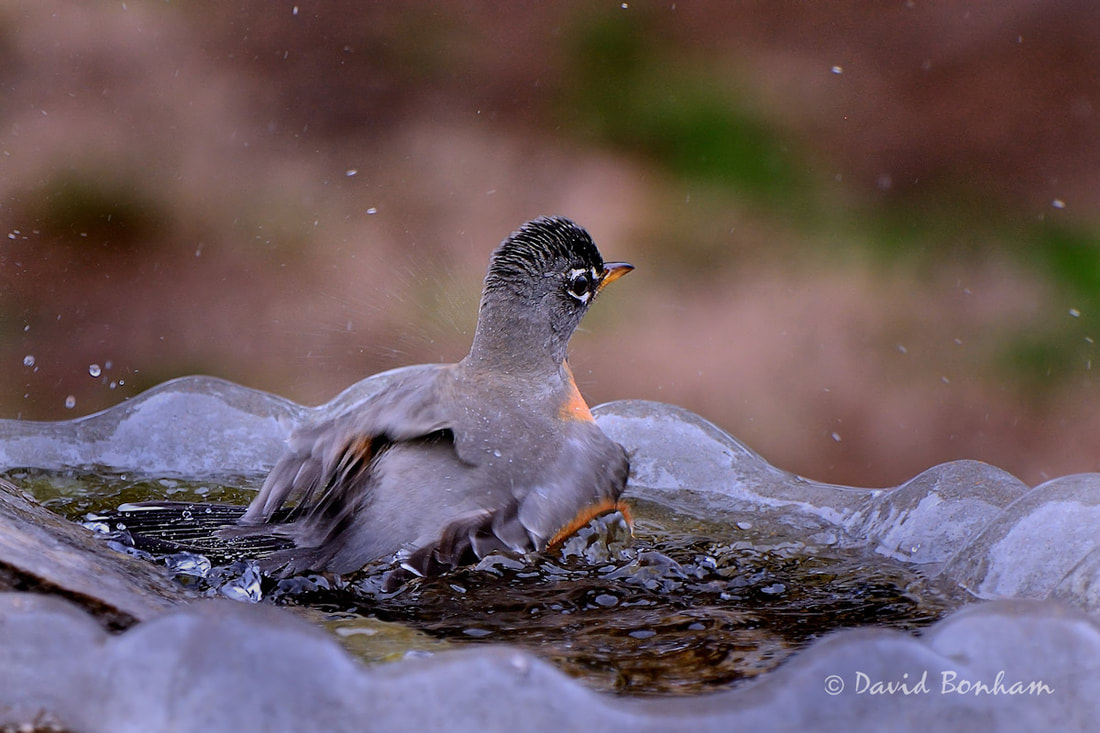 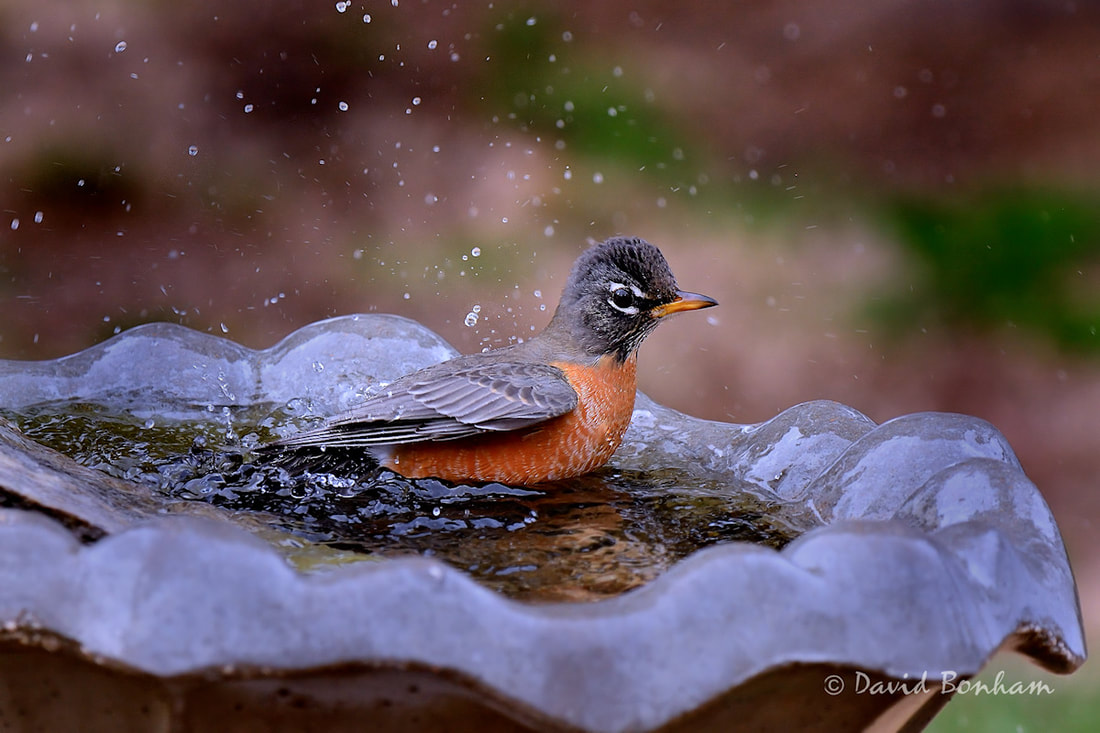 “Alright, let’s make this a party.” 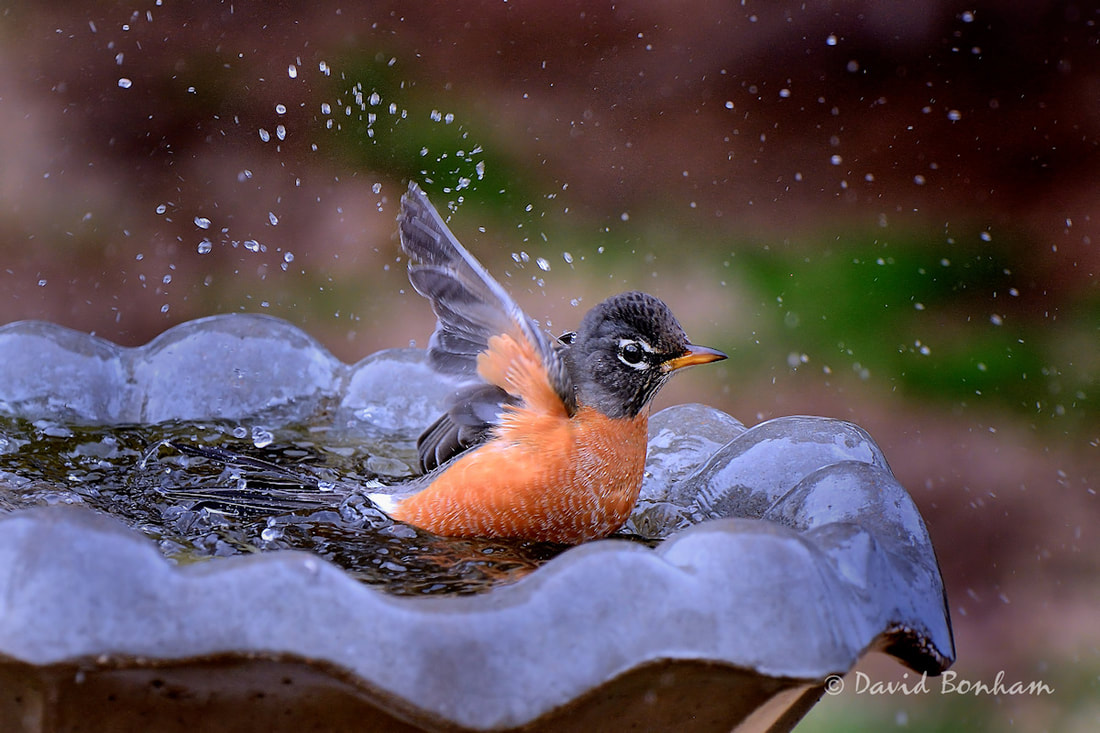 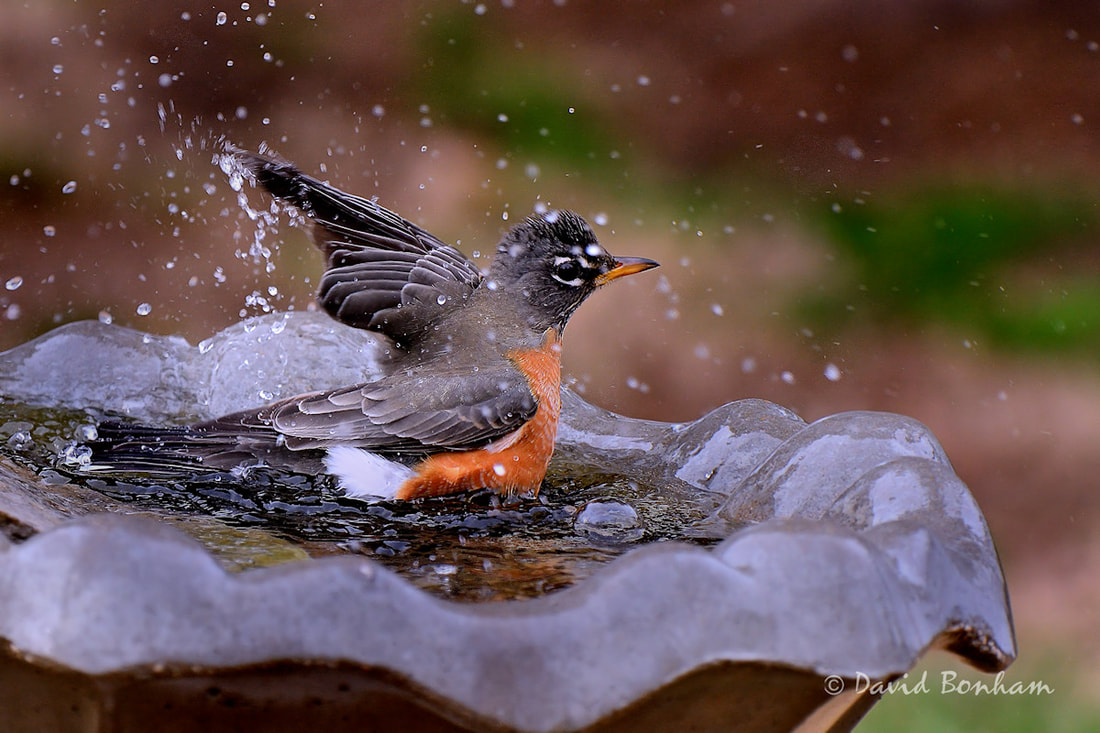 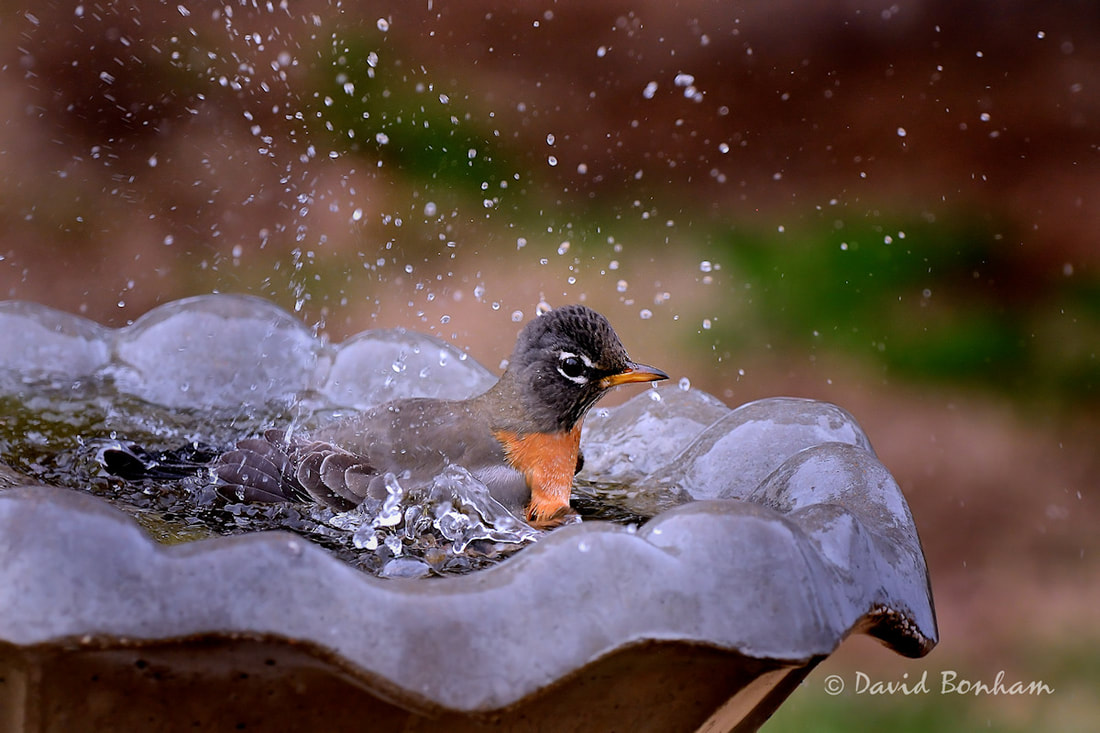 And here is Mister Robin, all clean and refreshed.  He even styled his hair into a nice pompadour. 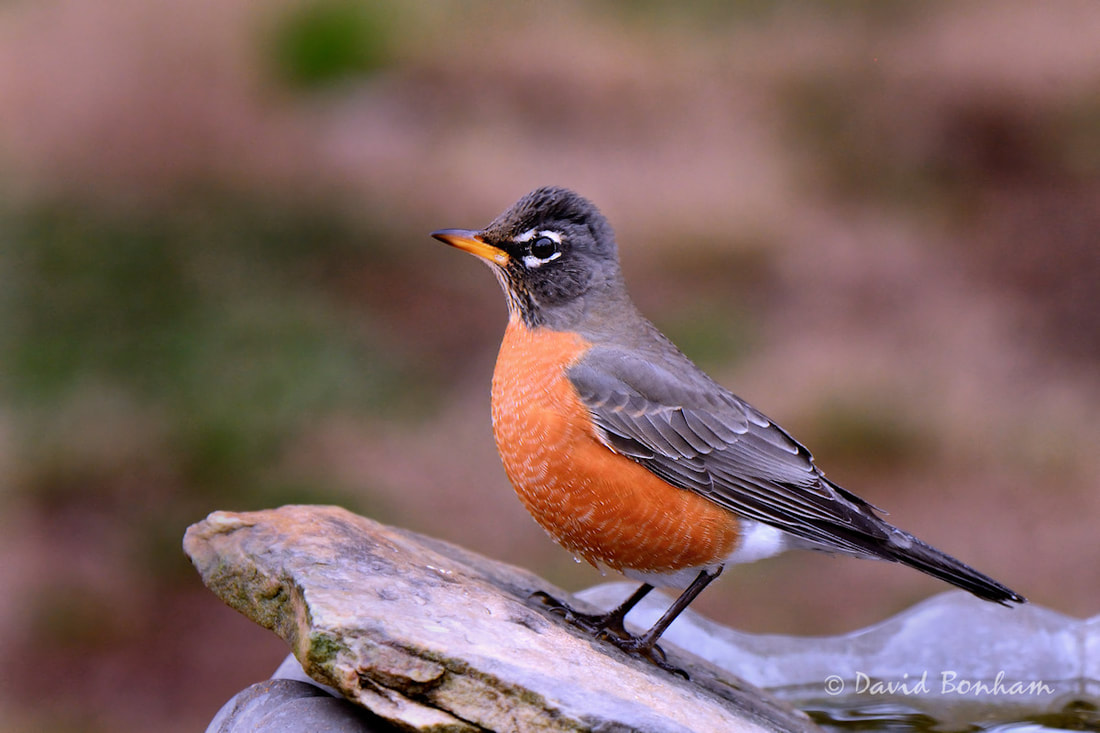