Oh, I forget to mention I was going to start with an unidentified (or at best tentatively identified) insect.  At first I was certain this was a tarnished plant bug but what look like clear wings on the bottom half of him makes me wonder. 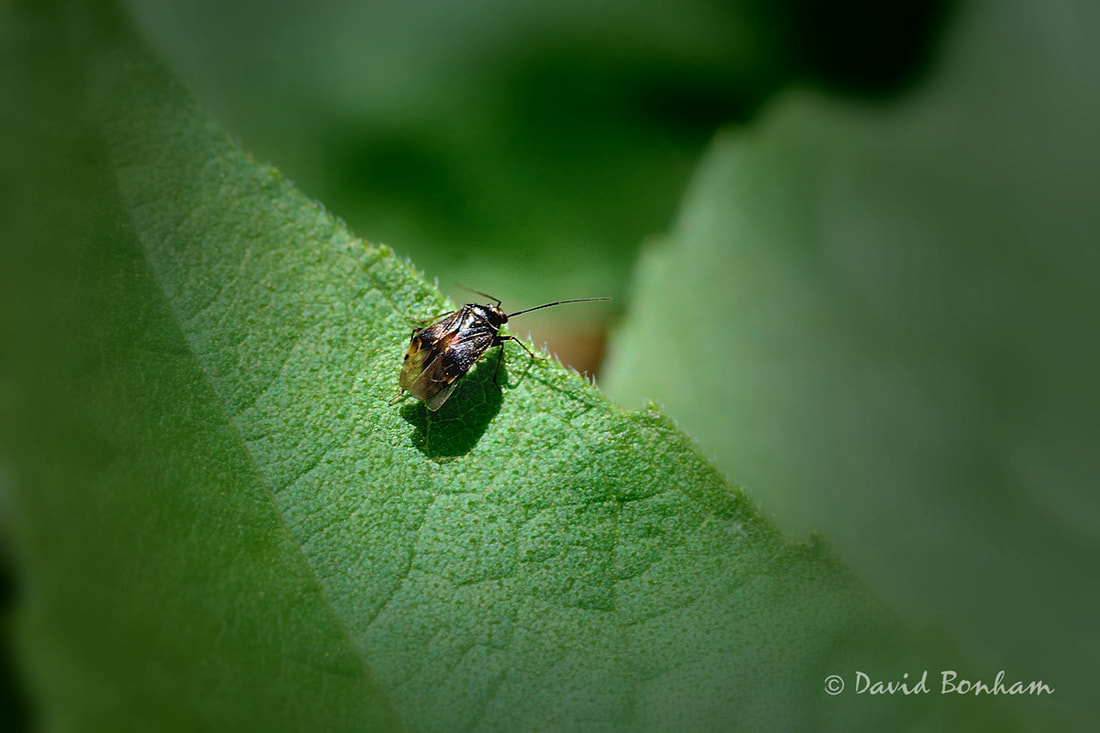 Faded Glory in the garden.  What was a purple coneflower fading away to brown. 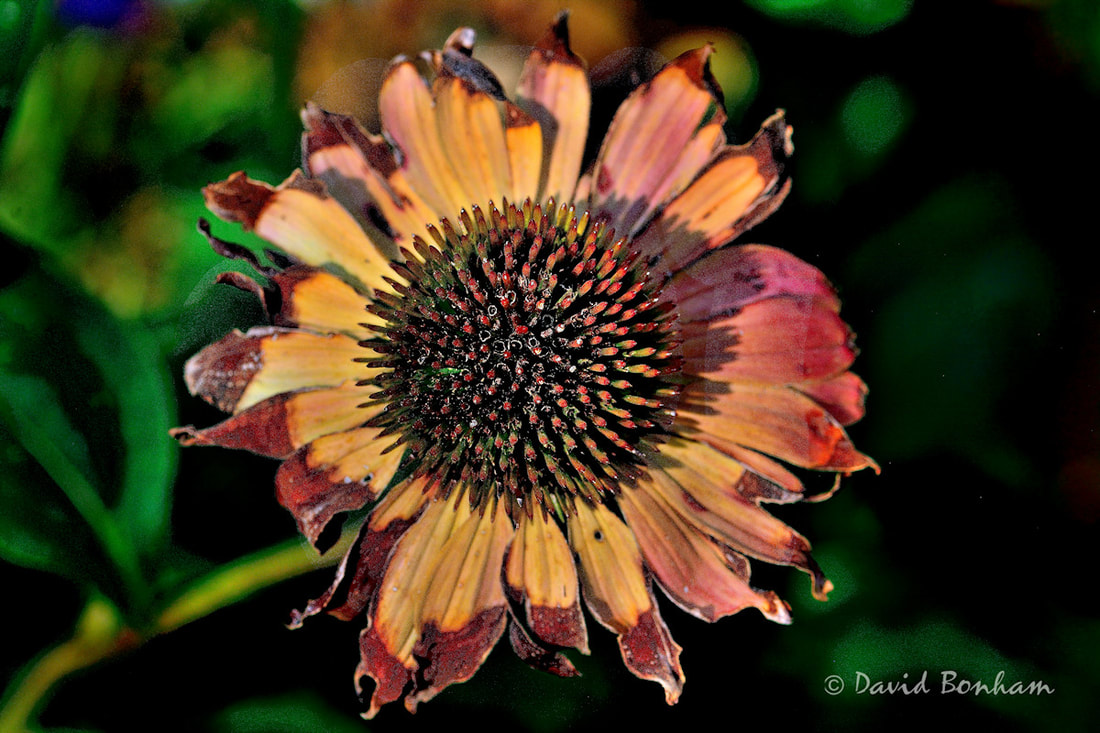 A buckeye butterfly enjoying the late season orange sulphurs that self seeded toward the end of summer. 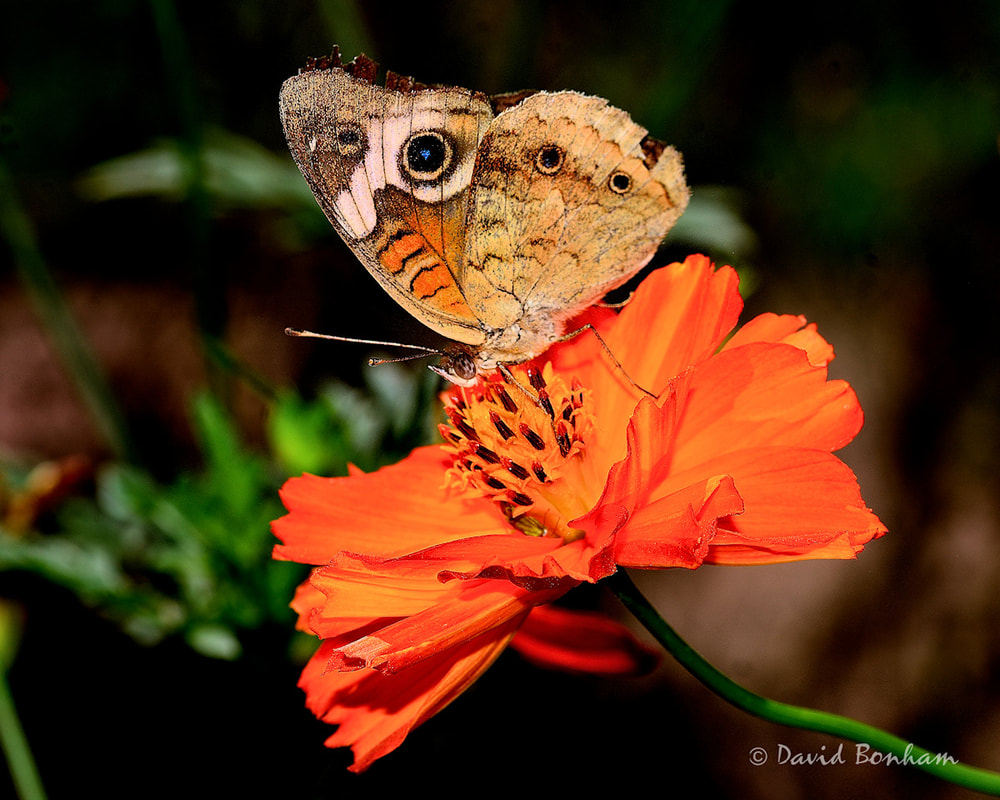 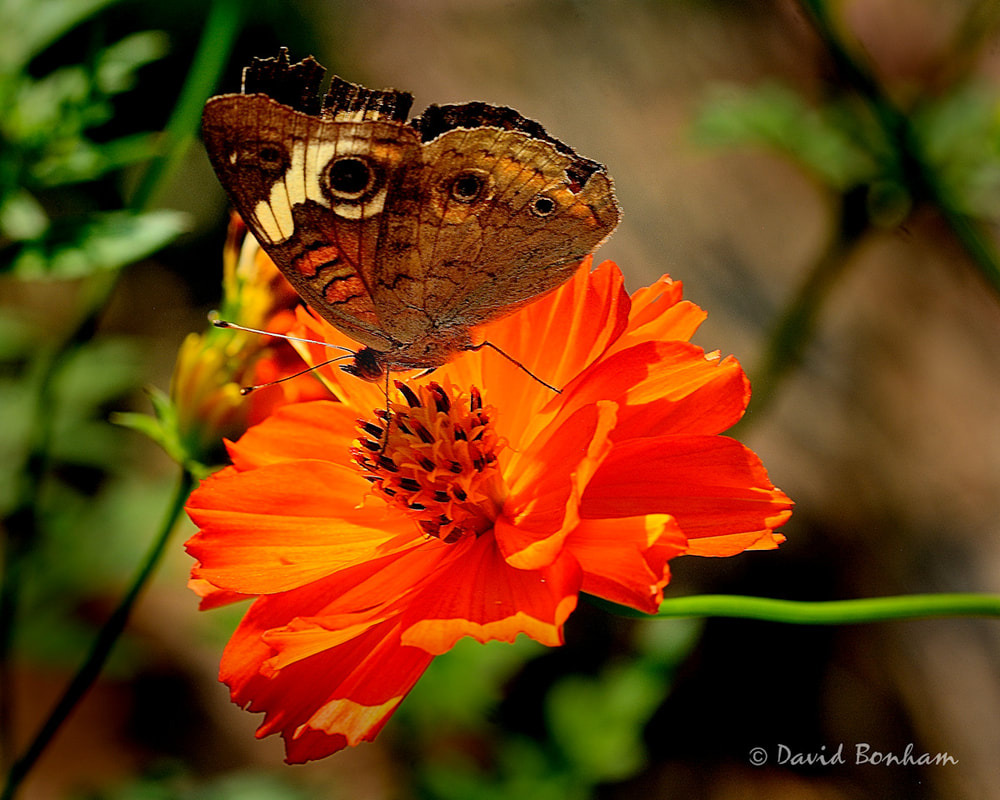 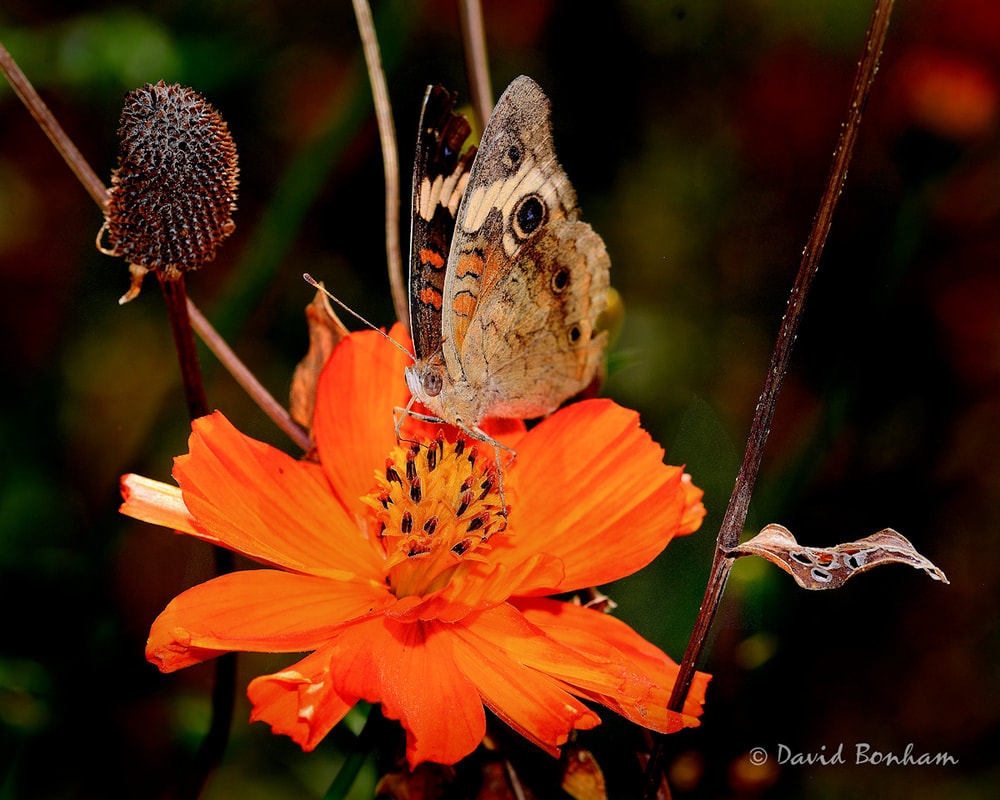 A spotted cucumber beetle making its way on a giant (to him) leaf. 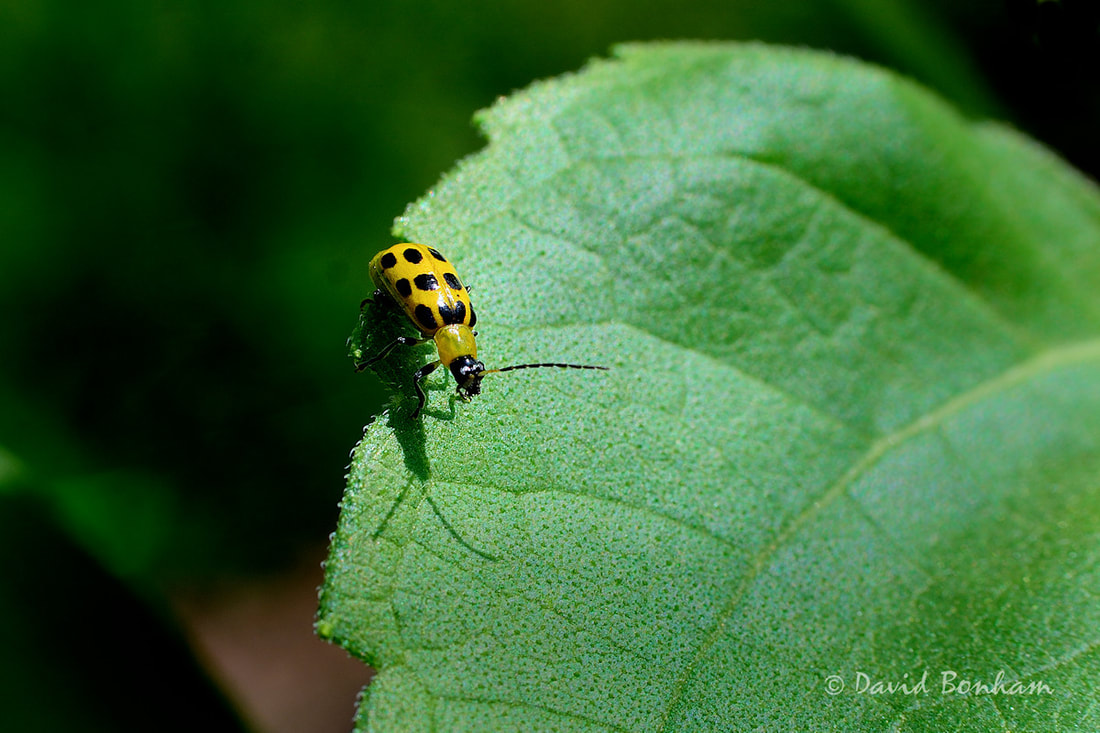 Getting up the nerve to look over the edge of his world.  He had heard the old timers say that it was flat. 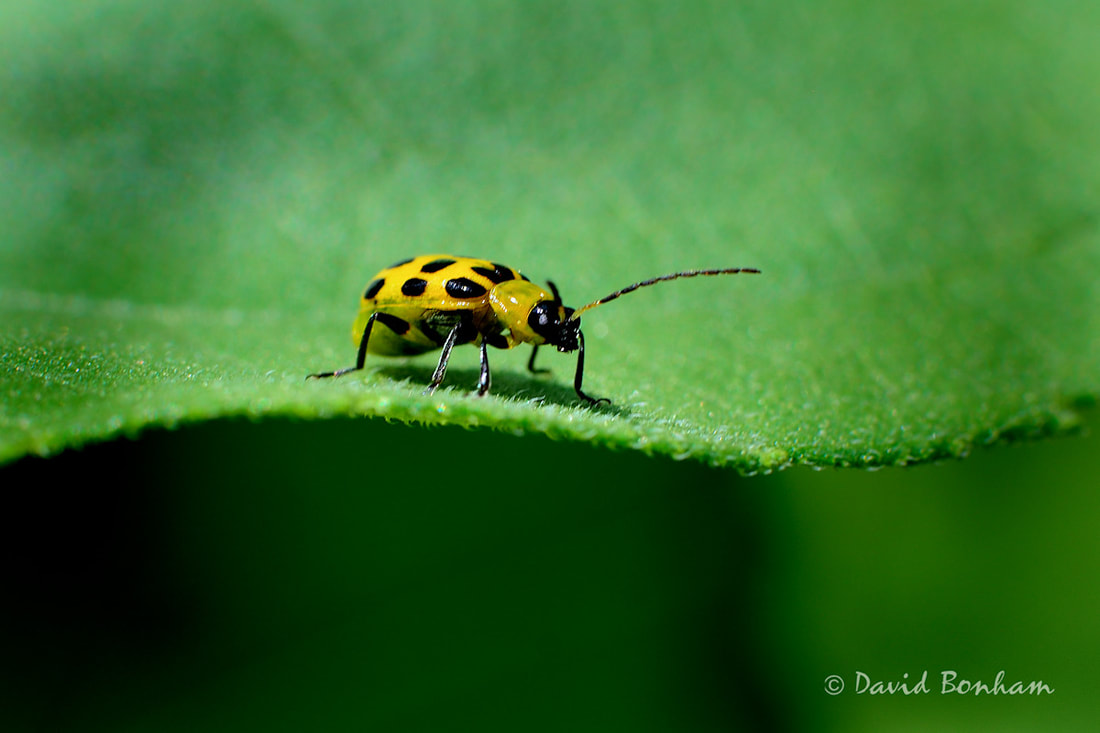 Trying to decide if he should go to the next leaf because (again based on what the old timers say) the leaves are always greener on the other side of the plant. 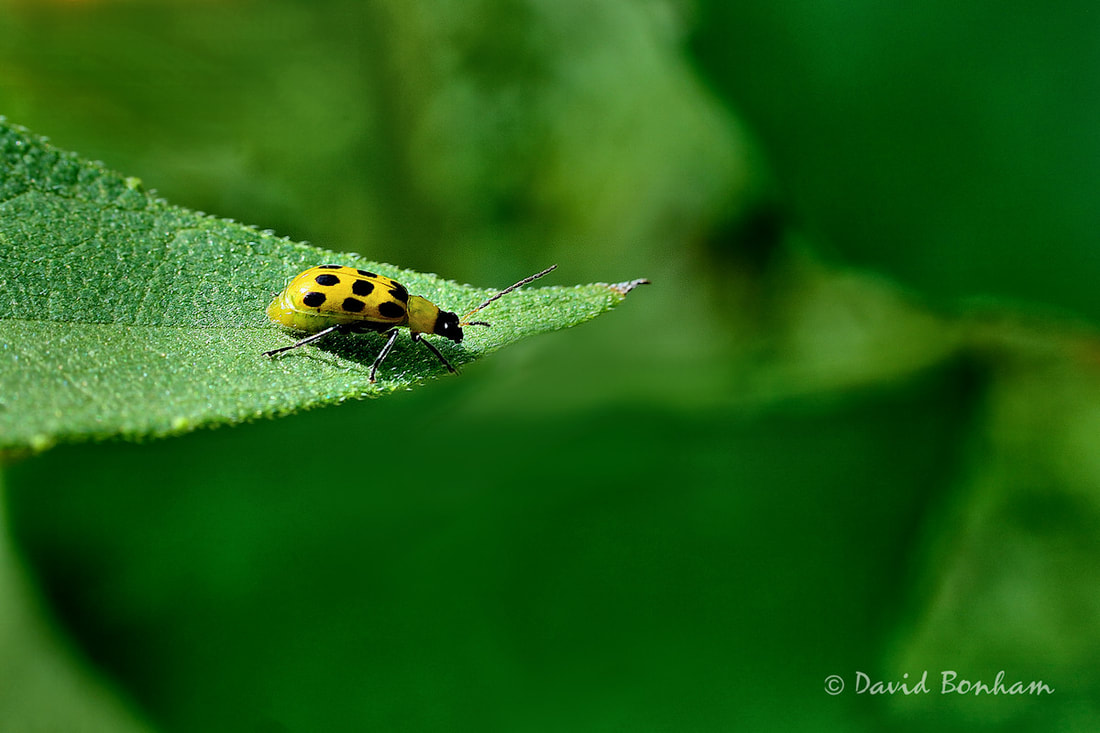 Is he unknowingly lowering himself down into danger or, has he reached the end of his escape route?  Hopefully his bug years age is not equivalent to my human age so there is a chance he will remember that he can fly away. 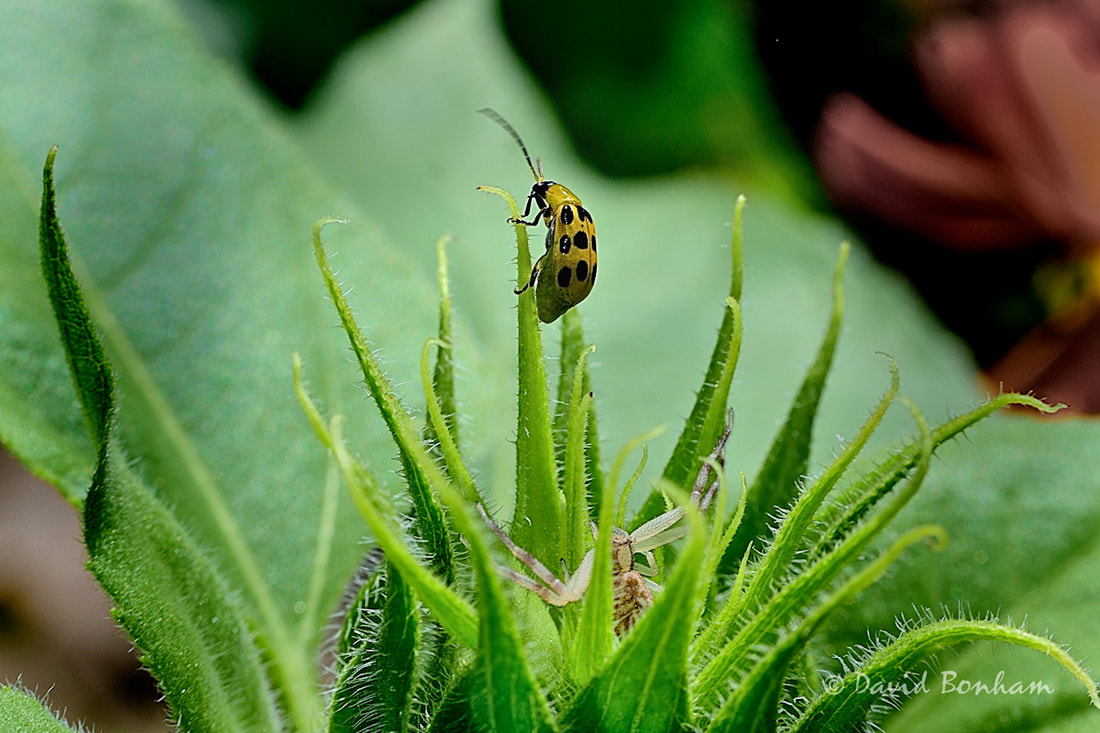 8 thoughts on “Faded Glory in the Garden, a Buckeye Butterfly, and a Spotted Cumber Beetle”