Last week I said that the Photos From My Garden #5 post was … “the last past in this series From My Garden.”  I was wrong.  I now see that I still have quite a few photos left.  I am so embarrassed to have reported fake news like that.  Anyway, let’s get one with more photos from my garden.

These first three photos are of a pair of skippers on a purple cornflower.  As I’ve noted in the past, late summer seems to bring on more sharing of flowers by various pollinators.  I’ve seen as many as four insects on a flower in late August or early September and multiple species on the same flower. 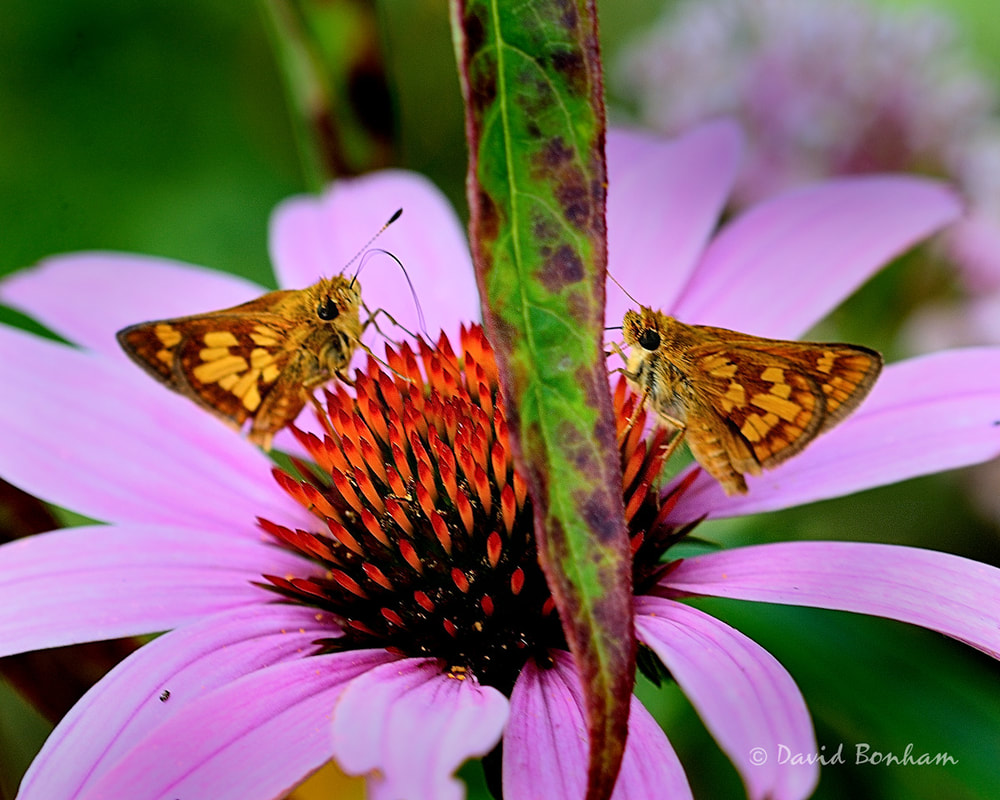 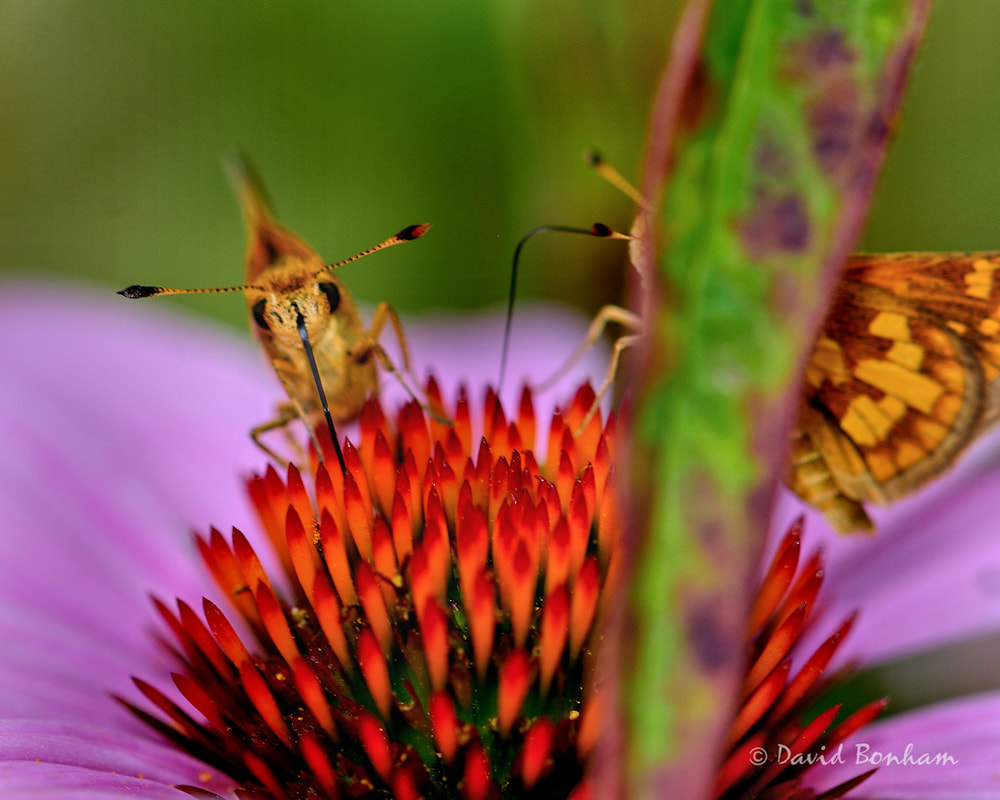 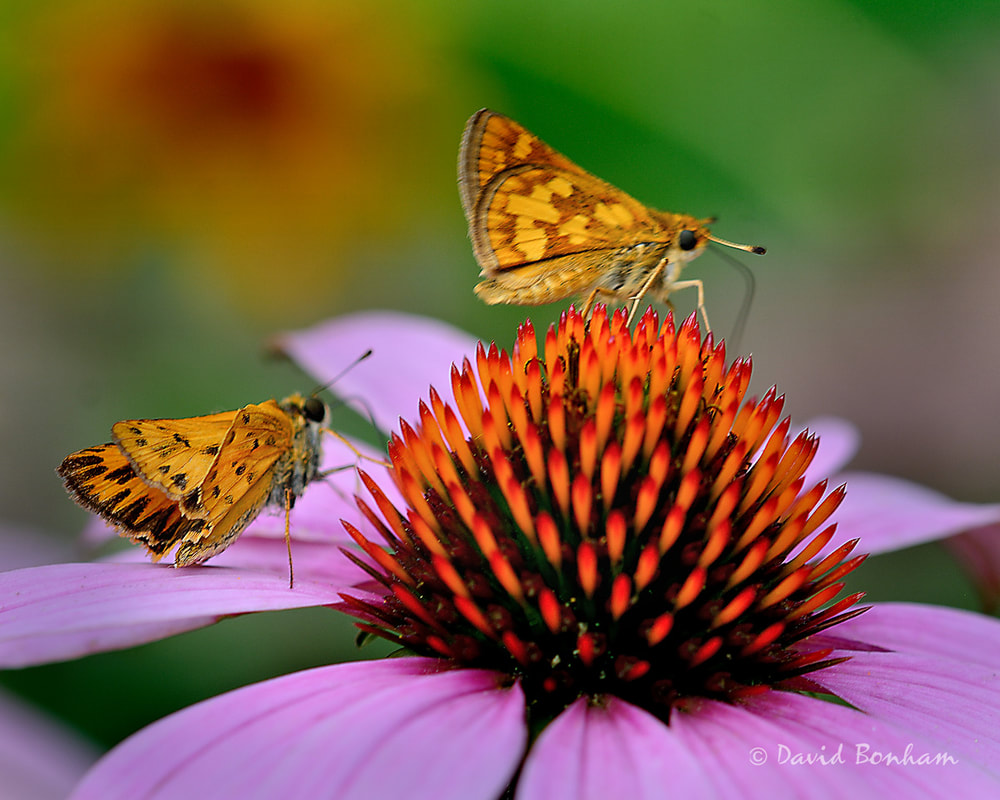 This is the backend of a skipper.  Normally I wouldn’t keep a photo like this but I made an exception this time.  Why an exception this time?  Three reasons:  (1)  I really like the skinny silhouette of the skipper, (2)  I like the way the skepper is holding on to the torn flower petal on the left, and (3) ,and most importantly, I like the little pink and white hand and arm on the right waving “hi” to me. 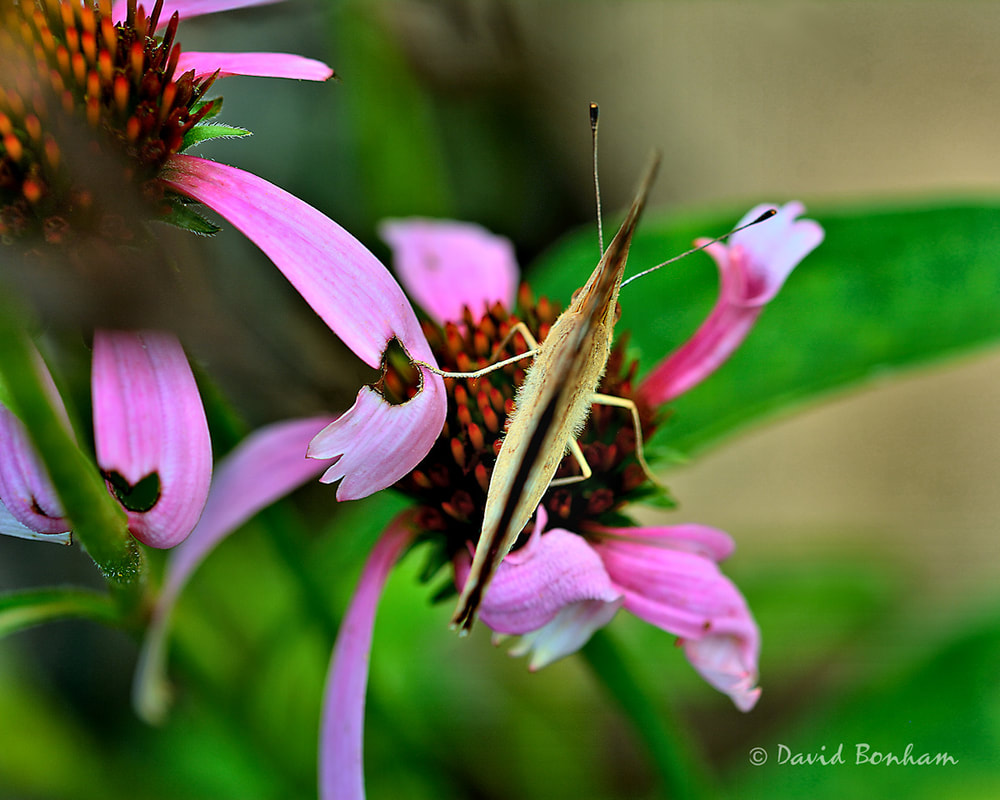 The next two photos are a couple of orange sulphurs. 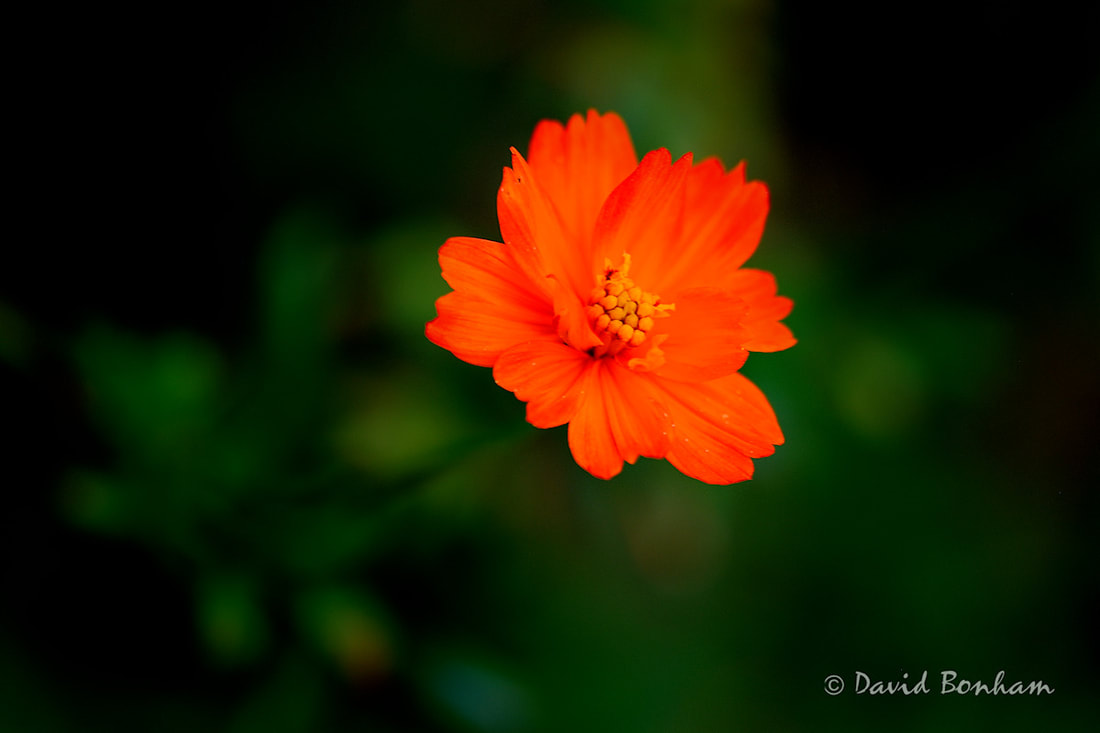 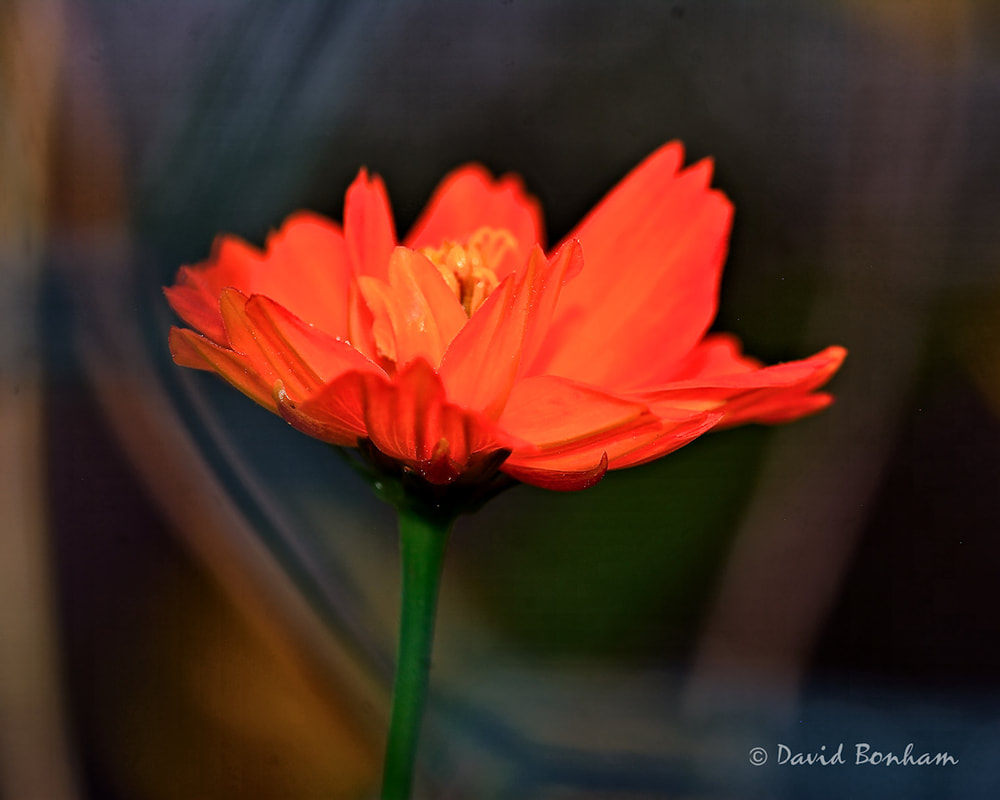 A monarch caterpillar getting ready for the chrysalis (cocoon) stage of its lifecycle.  It has attached itself to my fencing to keep out the rabbits. 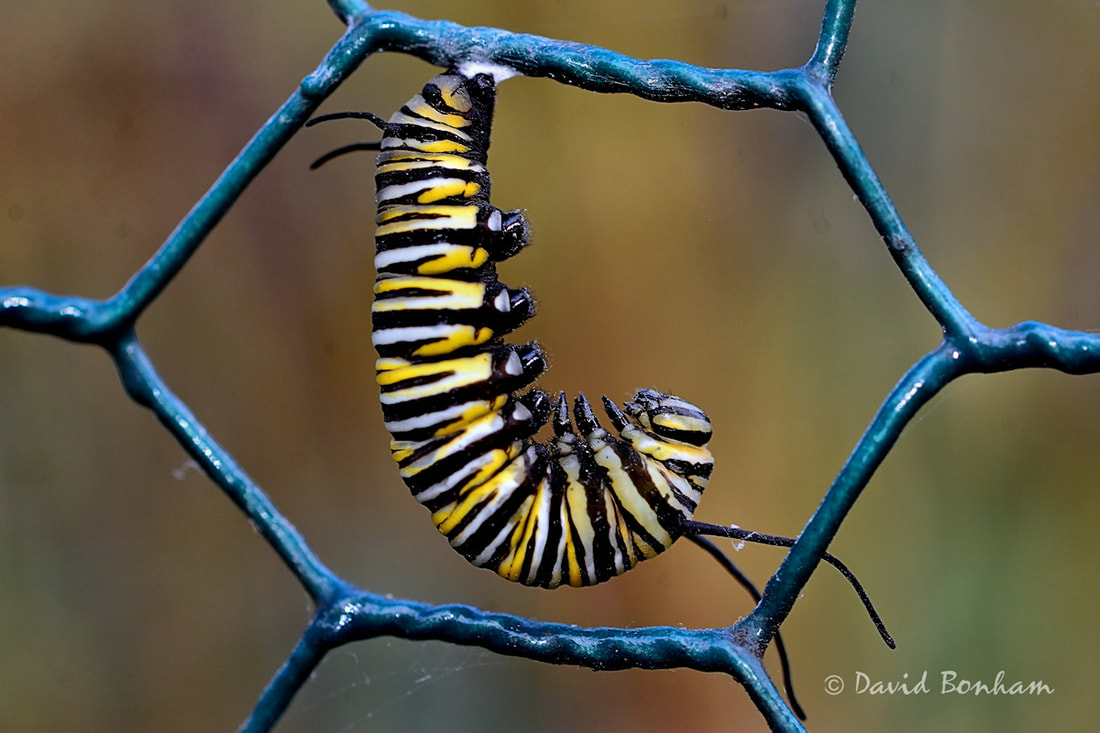 I checked on it two days later at it was sting hanging in there and I spotted this ladybug larva on one of the orange sulphur blossoms. 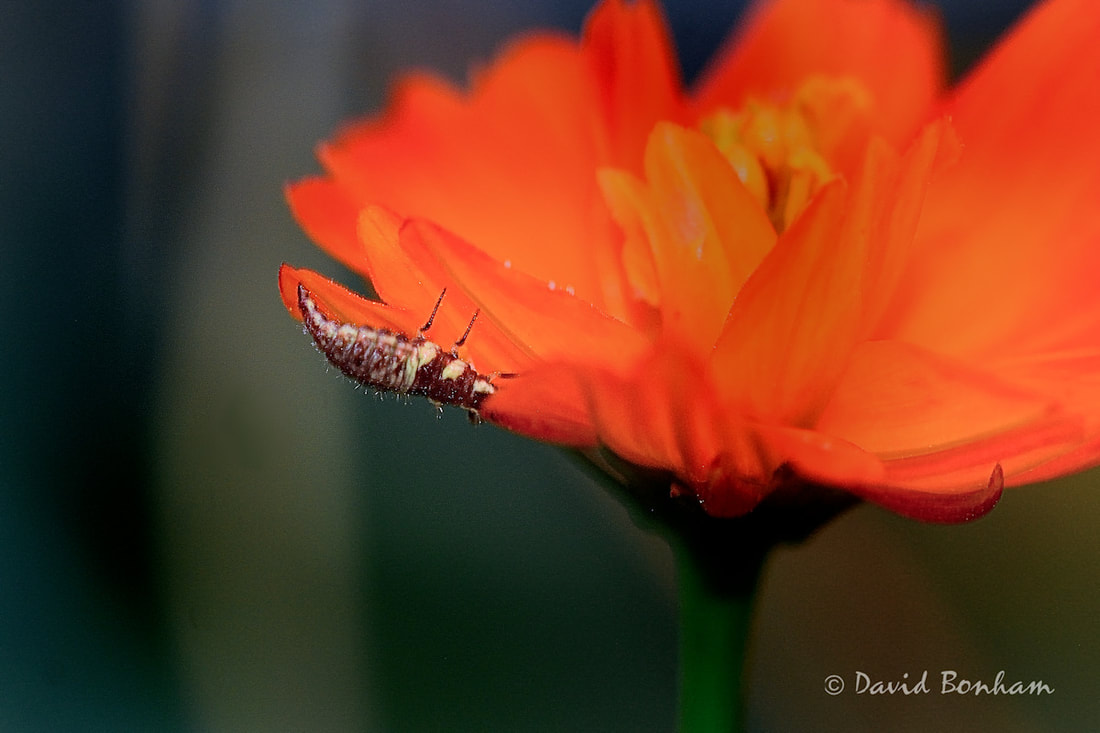 The next time I checked on the monarch caterpillar things were not good.  It appeared to have a puncture wound dripping body fluids.  Maybe a young bird not familiar with monarchs took a stab at it, discovered the bad  taste, and let it as is.  Such are the ways of nature. 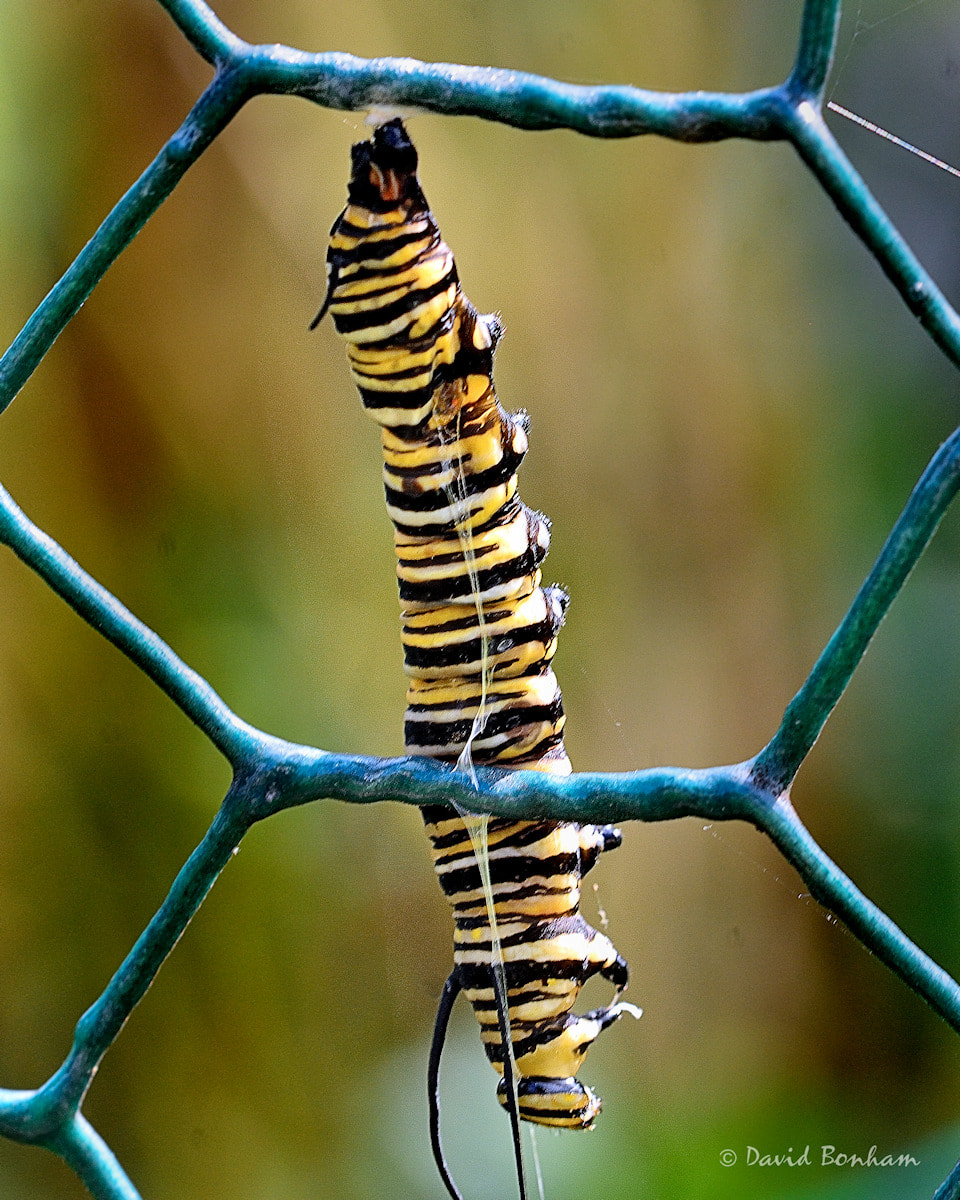 This cosmos is not looking that good either. 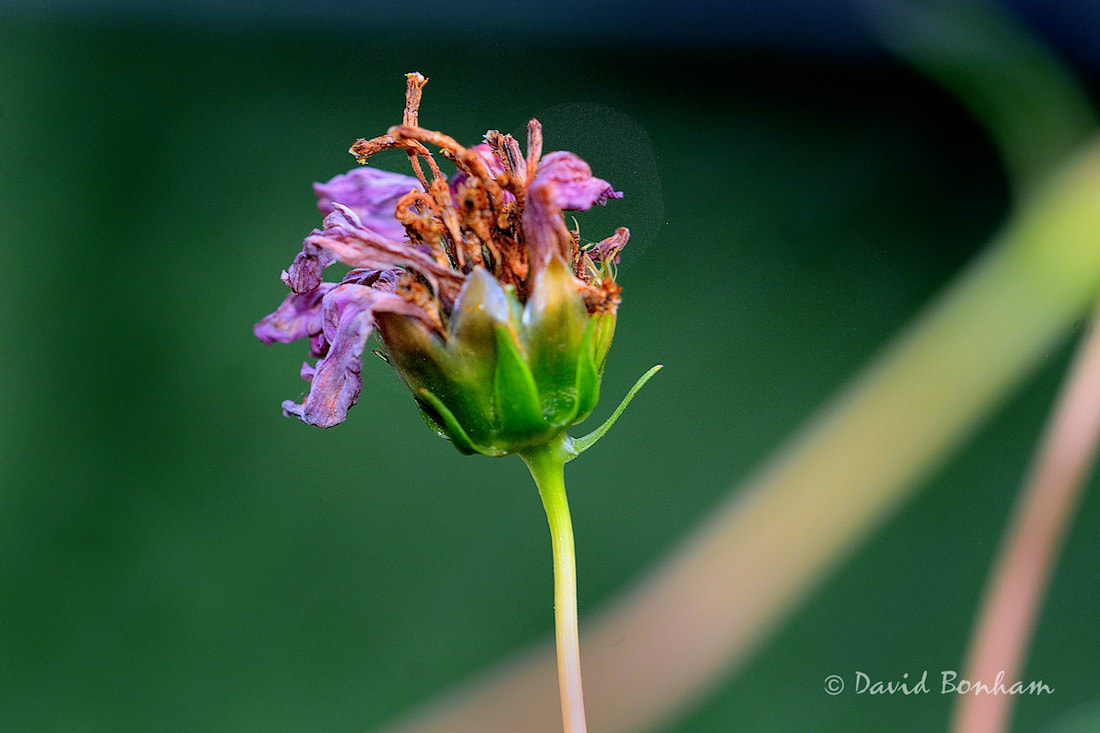 Let’s have a happy ending enjoying a striking monarch caterpillar mixed in with some colorful swamp milkweed leaves. 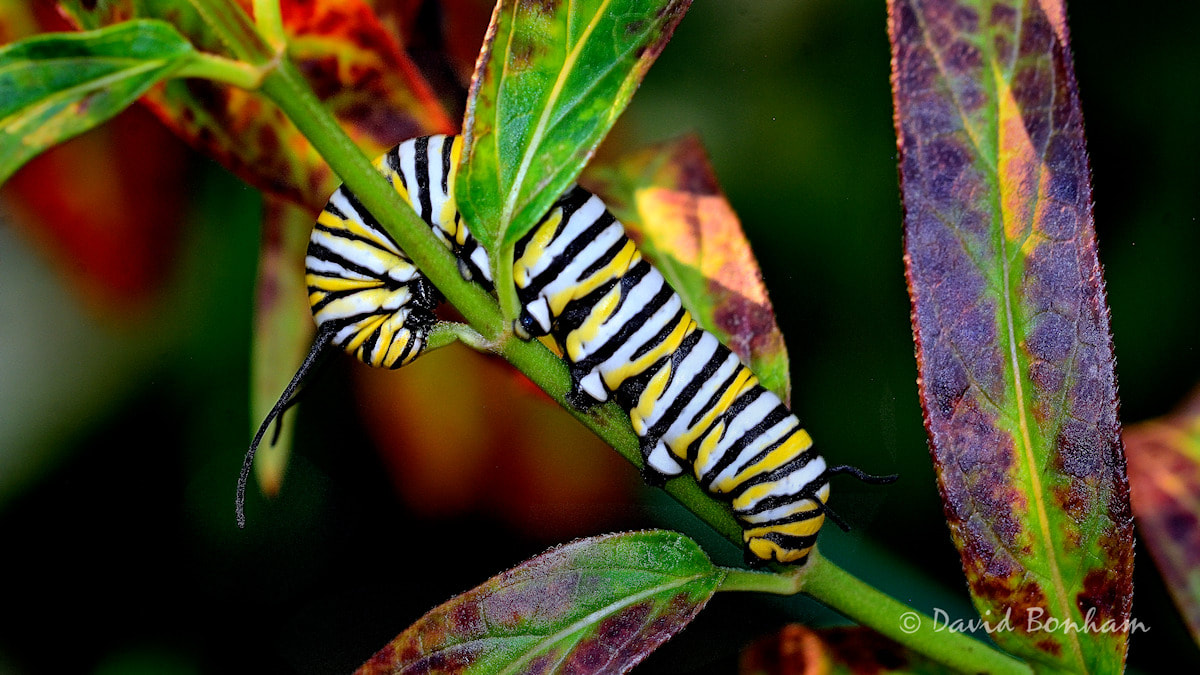