Both the front and rear garden have a wide variety of plants and flowers with numerous Missouri natives and this abundance and mixed flora attracts a wide variety of insects.  I don’t have a preference for either garden except I do like the layout of the rear garden better.  I think it was the year before last that I drove out to the park for a photo shoot.  As I walked up to the butterfly house it dawned on me that I had forgotten to bring my Missouri Botanical Garden membership ID which gets me in for free.  It’s only $5.00 for non-member seniors but the idea of paying rubbed me the wrong way so I had to settle for just the front garden.  I now carry the ID card in my wallet.

I’m pretty sure these next two photos are of a ringed paper wasp, based on the yellow ring near the top of his abdomen. 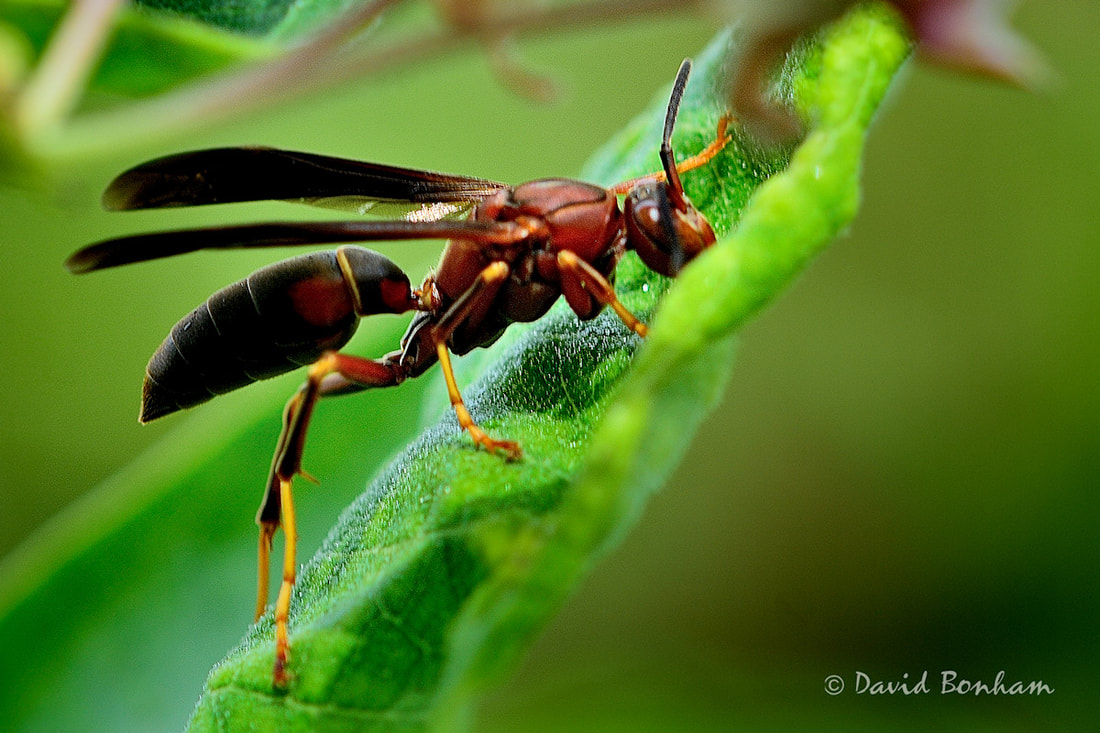 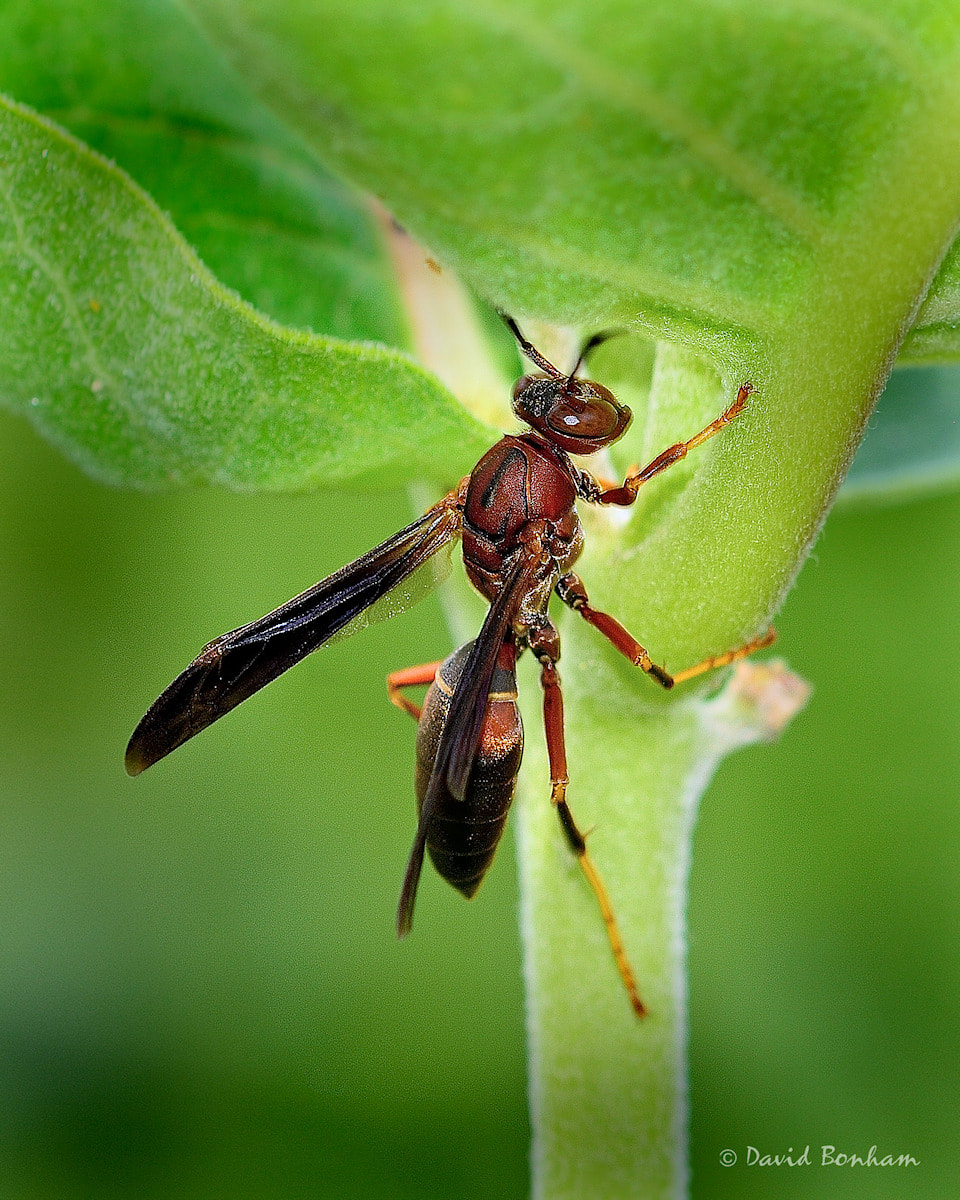 A carpenter bee.  As I’ve said before the easiest way to distinguish a carpenter bee from a bumble bee is that the carpenter bee’s abdomen is all black, smooth, and shiny versus the bumble bee’s fuzzy black and yellow abdomen. 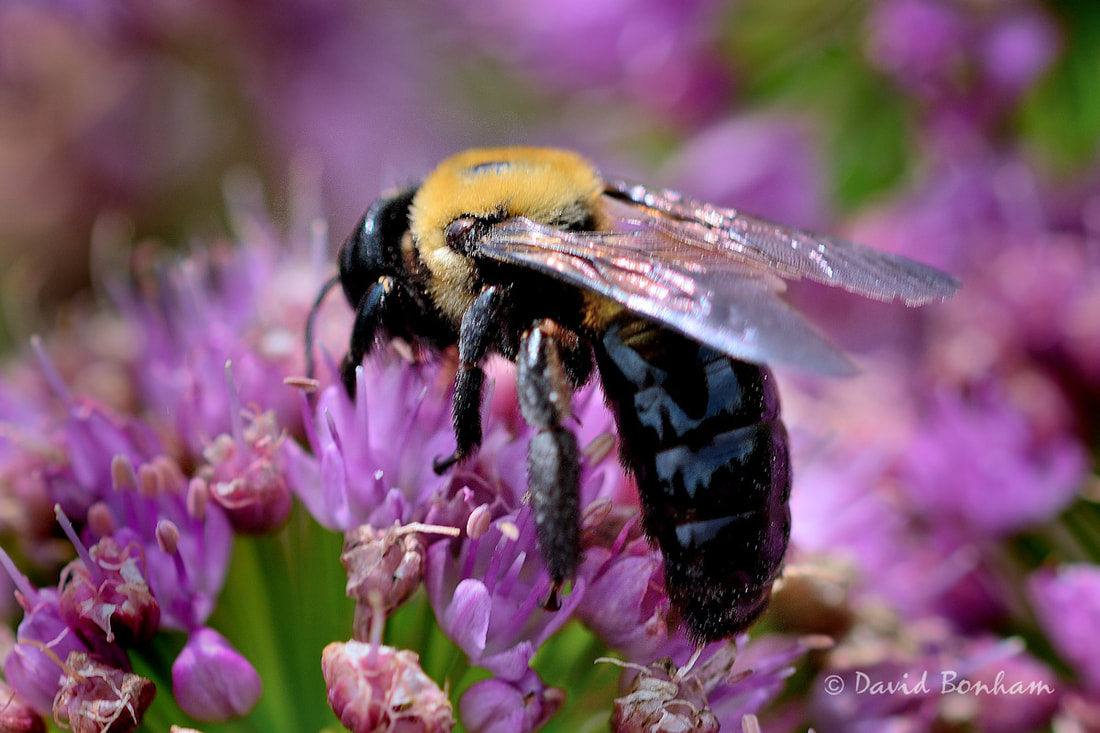 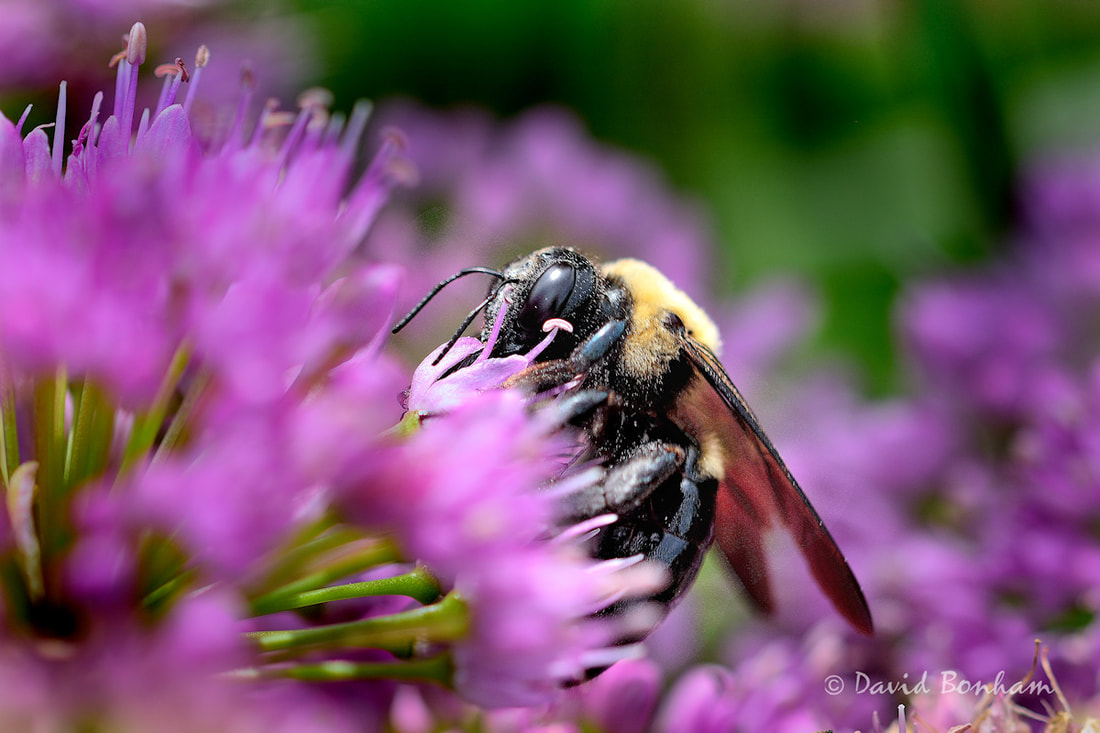 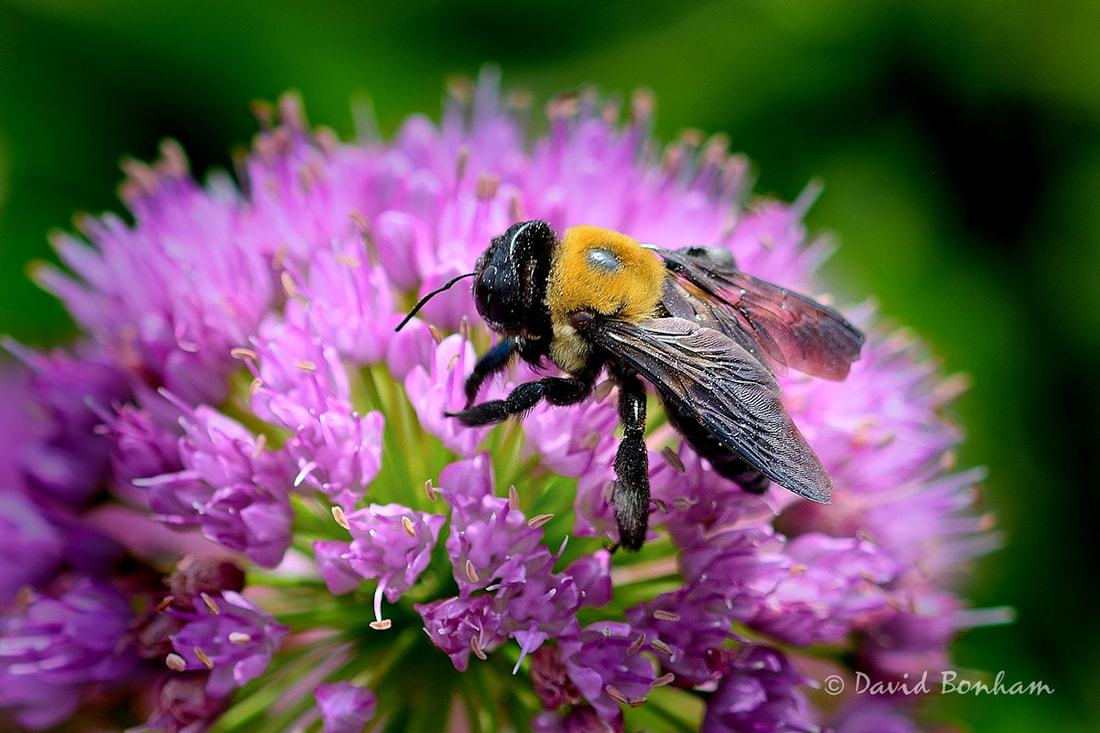 Here is the flower referenced in the title to this post.  I’d tell you what kind it is but I don’t know. 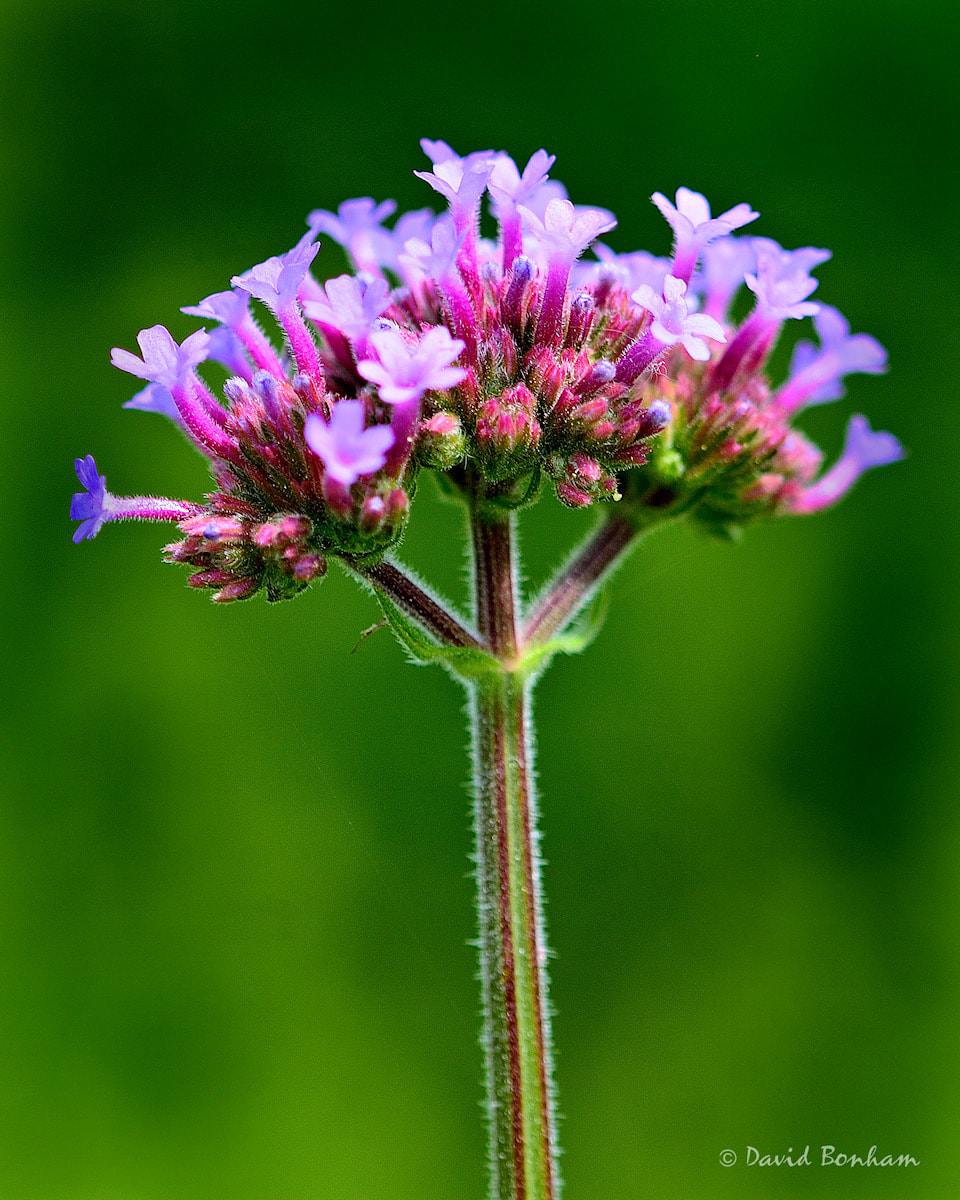 I think maybe this is a shield bug.  Hard for me to tell at this angle. 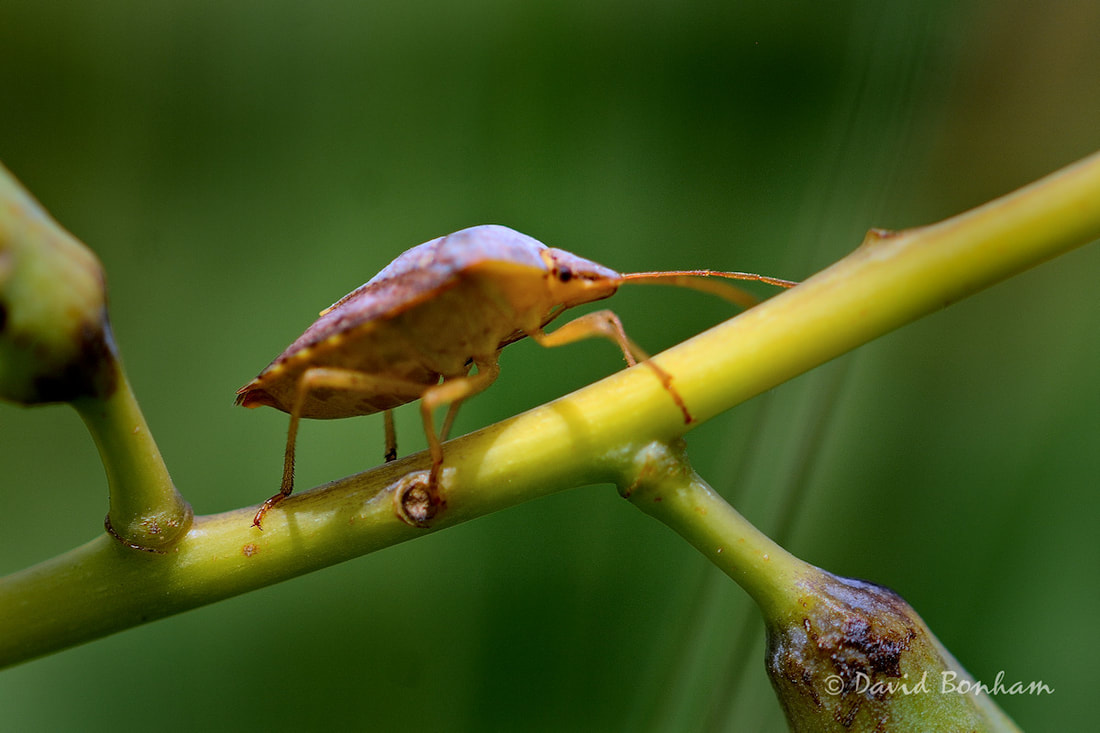 Milkweed bug nymphs (the little yellow things in the lower left) and some larger red juveniles. 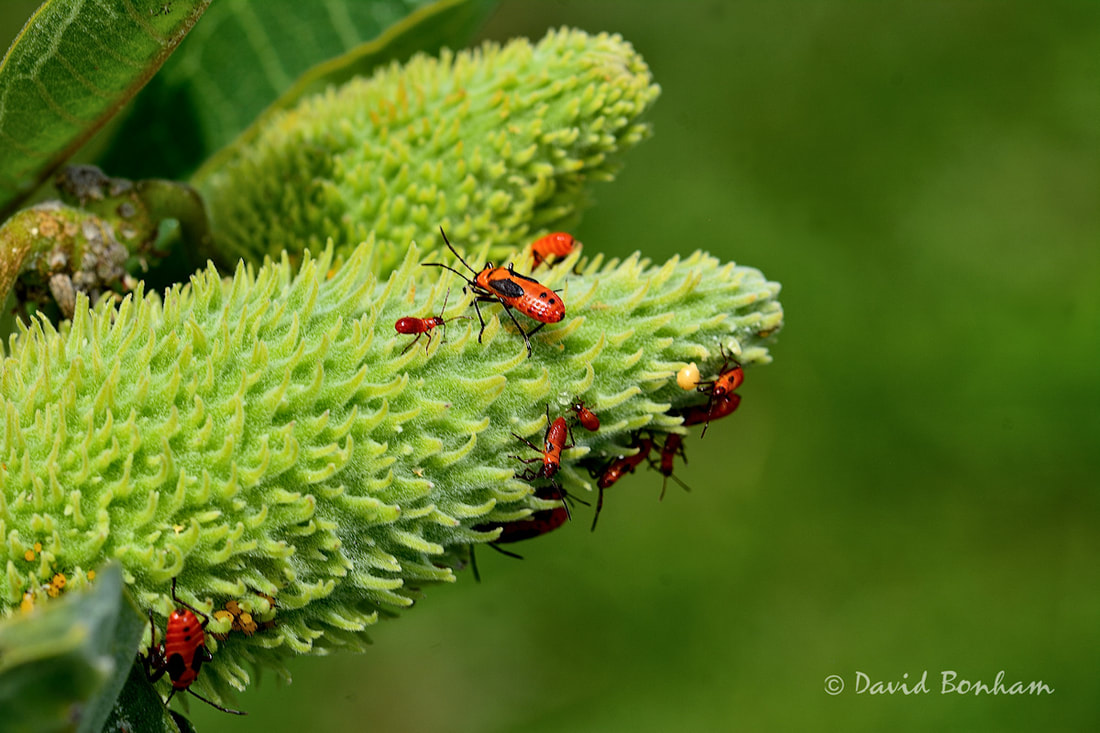 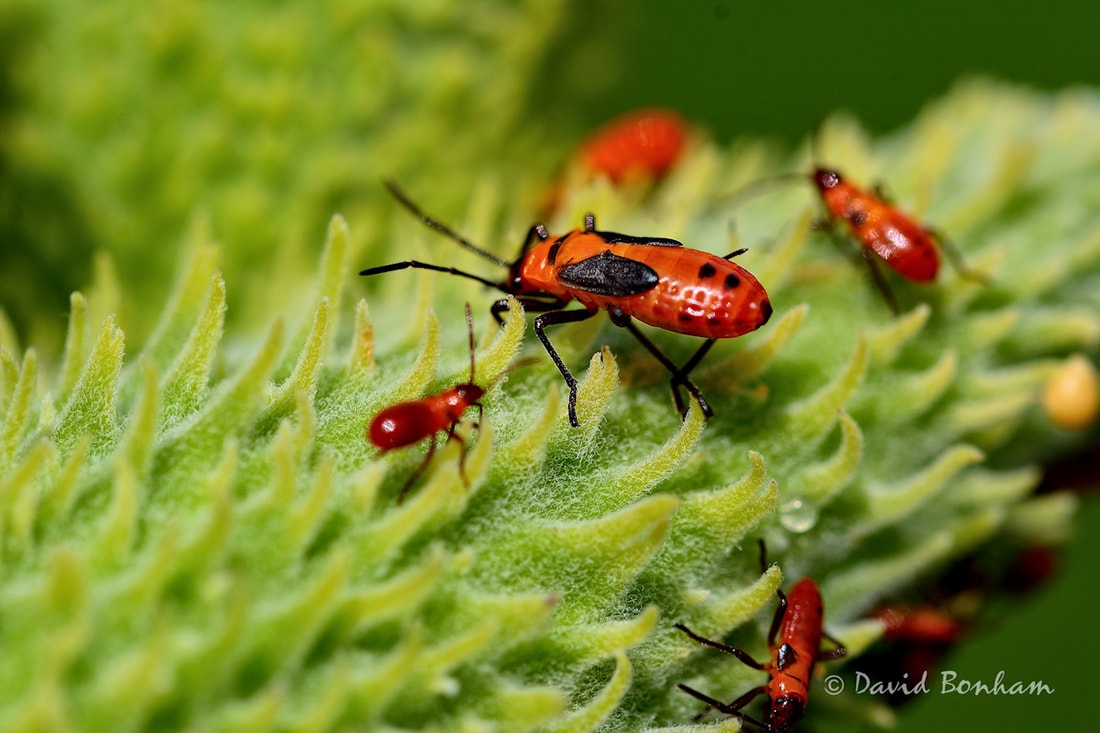 I’m not sure what this started out as but it appears he is morphing into the fairly rare Reformed Dragonfly.  As you can see he is in the process of turning over a new leaf. 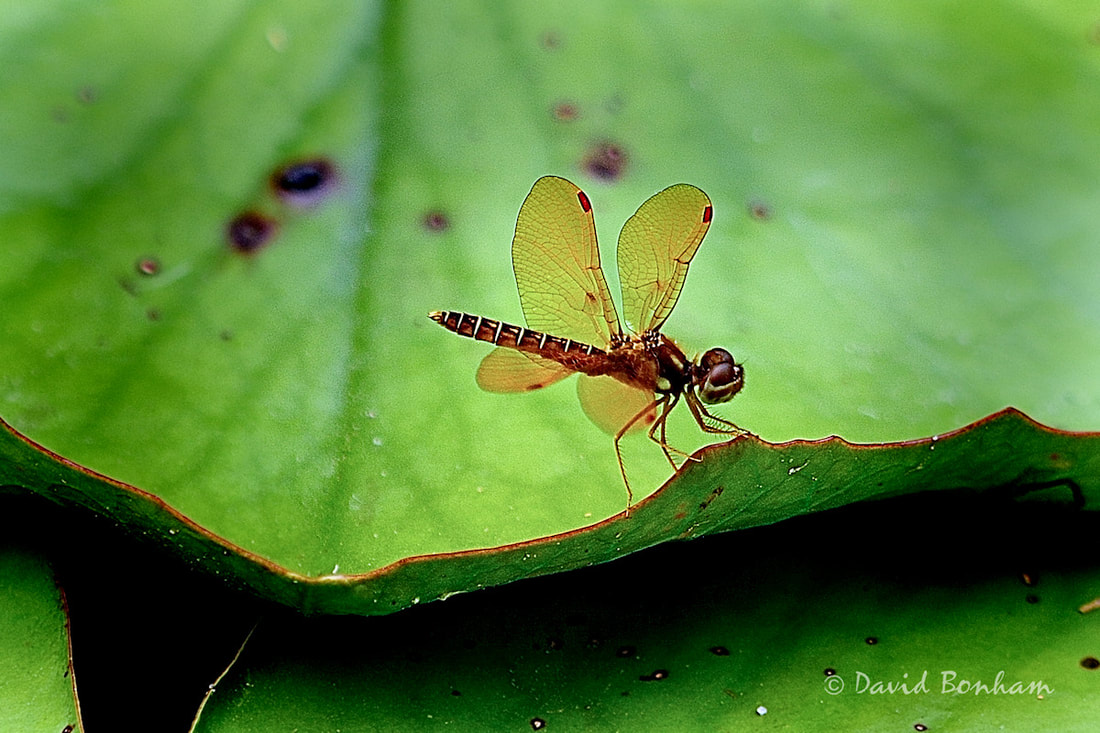 19 thoughts on “Faust Park: Bugs, a Flower, and More Bugs”