Just a reminder of what I’ve said before, the majority of my photos are posted on a one year lag from the date they were taken. The following photos were taken during springtime last year.

My son’s band was playing at a local brewery in St. Louis and the next two photos were taken across the street from the brewery.

Mural on a garage at the back of the Stella Blues bar on Morgan Ford in South St. Louis. 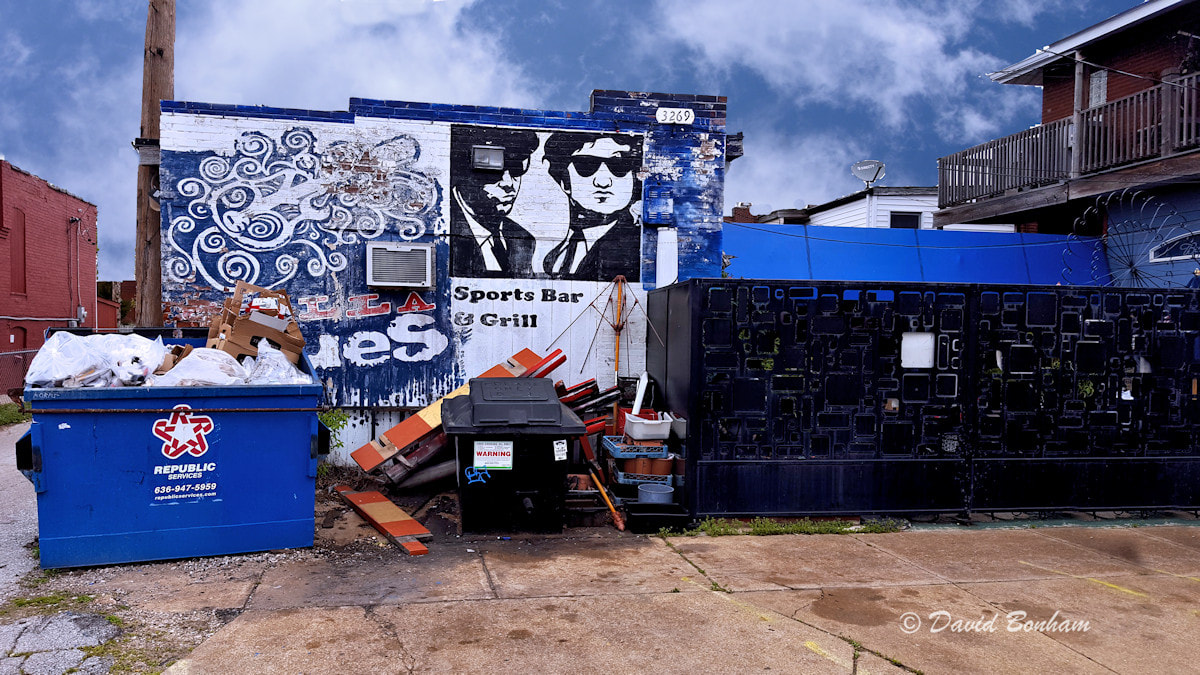 These shotgun house are just to the left of the photo above. They are called shotgun houses because you could open the front and rear doors and then fire a shotgun into the house without hitting anything. At least that’s one explanation. The other is that it’s a corruption of the African word togun meaning house or gathering place. I prefer the first explanation. 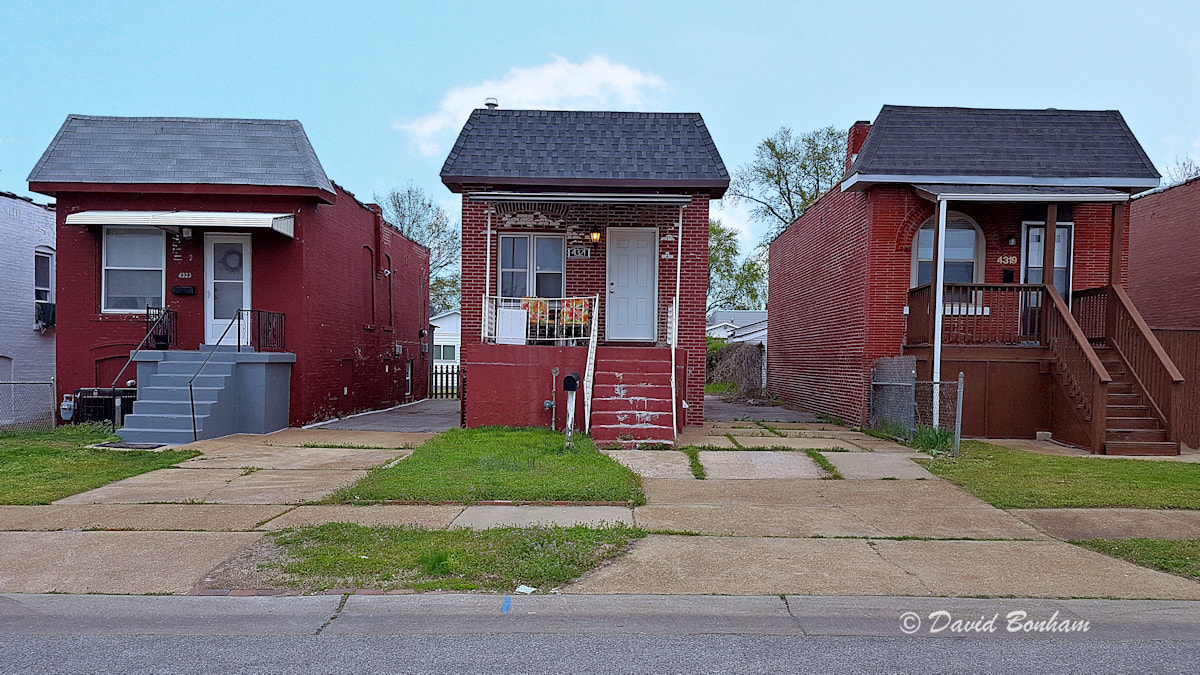 The rest of these photos were taken during a walk around my neighborhood.

Not sure what this is. Maybe eastern redbud tree. 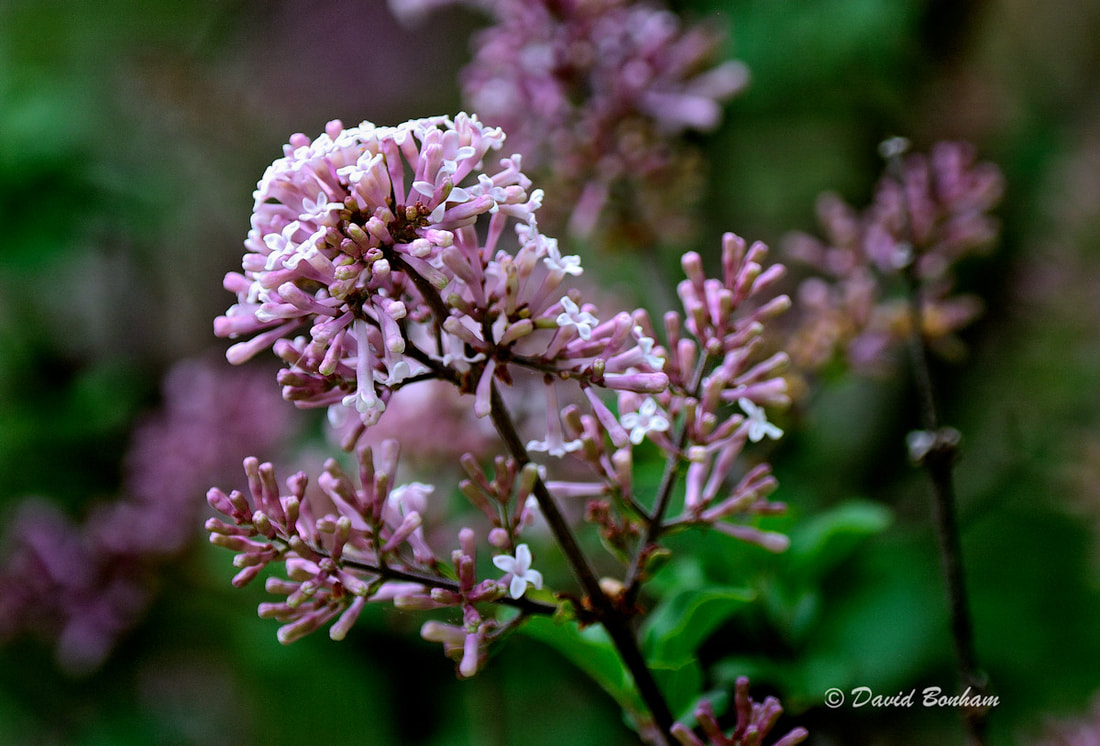 Can’t even guess at this. 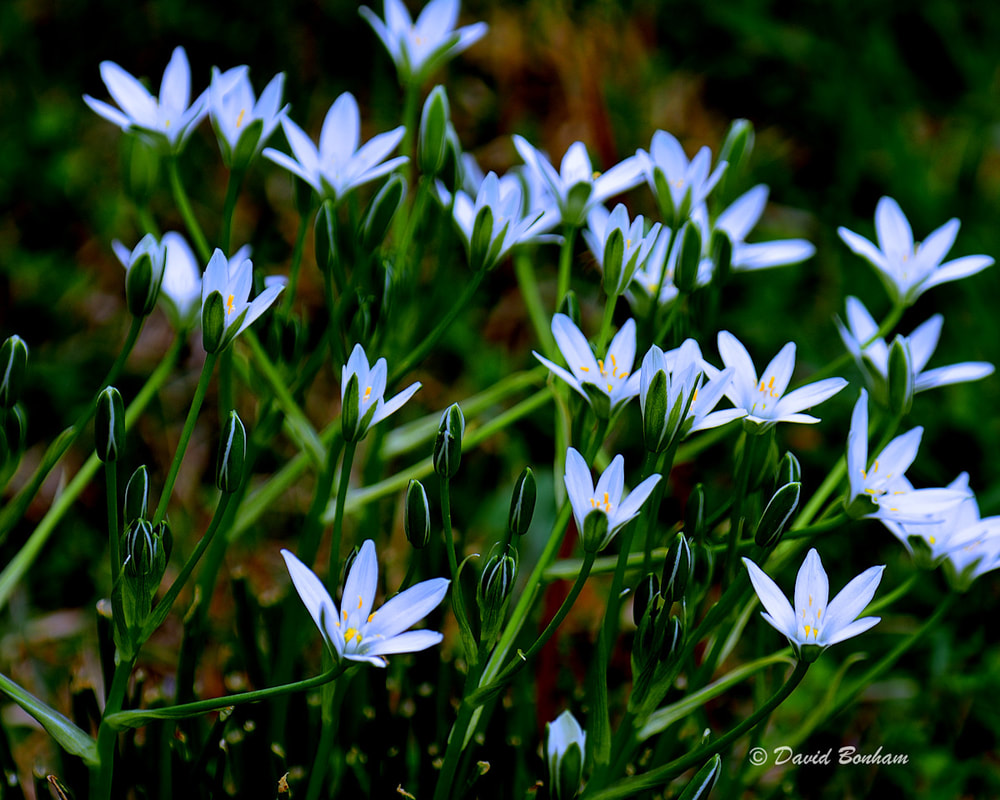 Evidently my ignorance is overwhelmingly apparent today. Not sure what tree these are from. 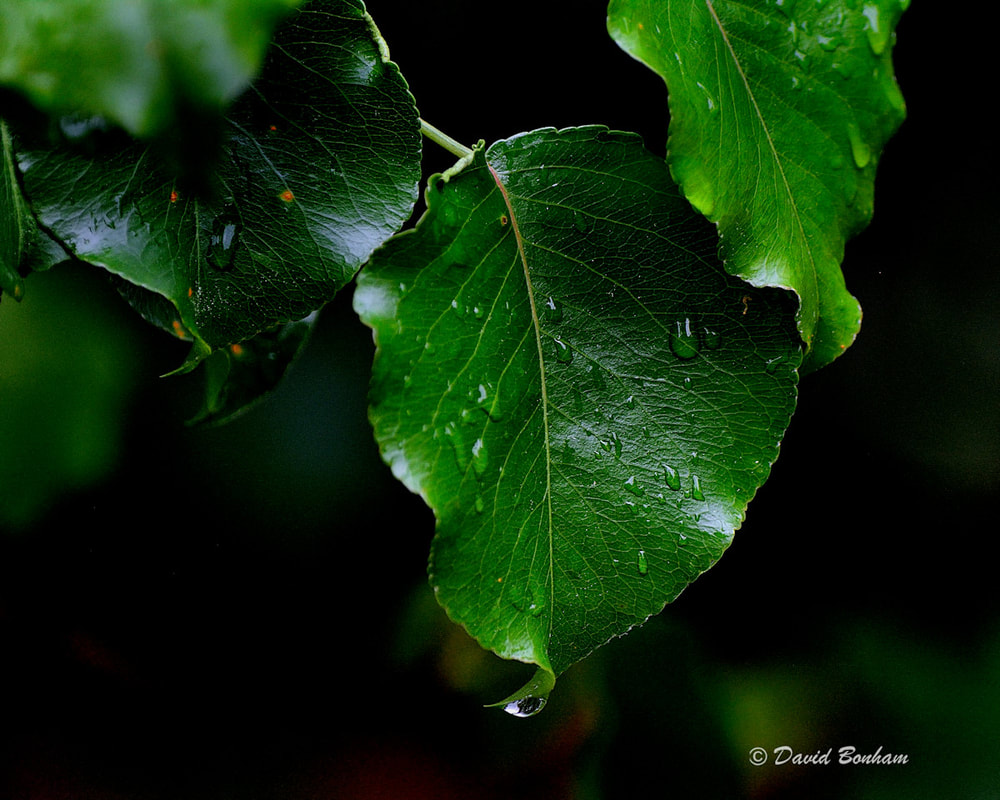 Sure, it may look cute, but it’s not. It (and/or its kin) dig up my yard, flower garden, and potted plants; and gnaw holes in the pumpkins set out on the porch in the fall. It’s also a person of interest in the nesting materials and chewed electrical wires (to the tune of $300+) on the engine in my wife’s car. Let’s face it – this thing is a rodent, a suburban rat. 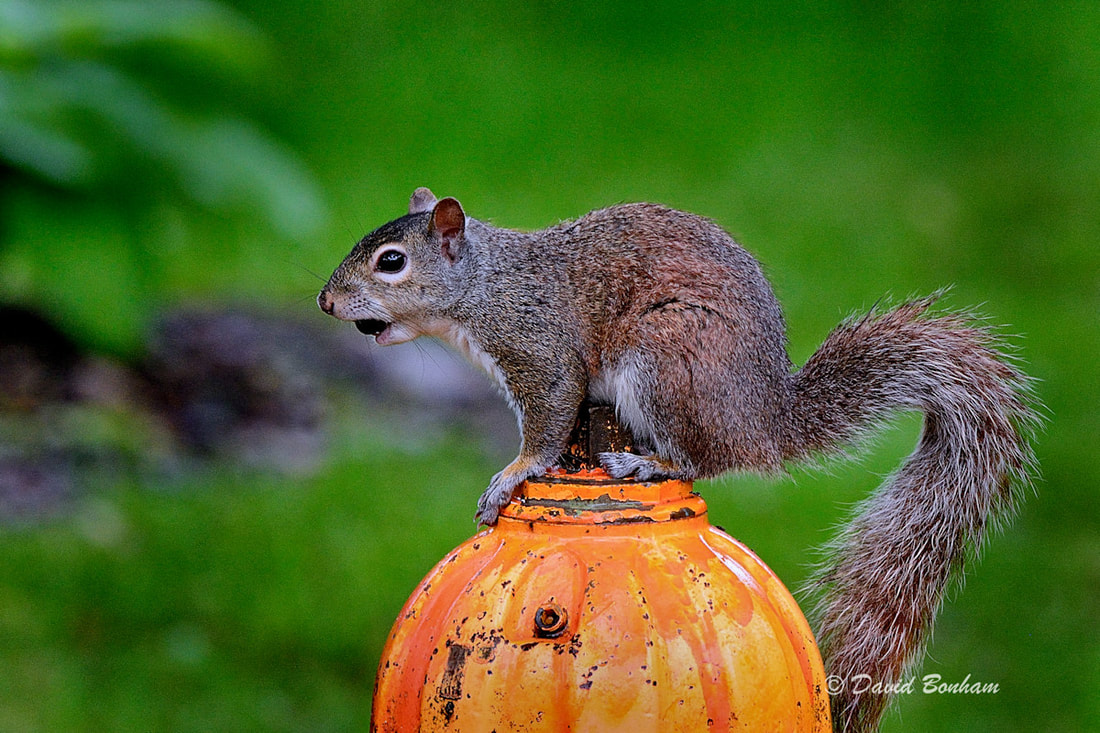 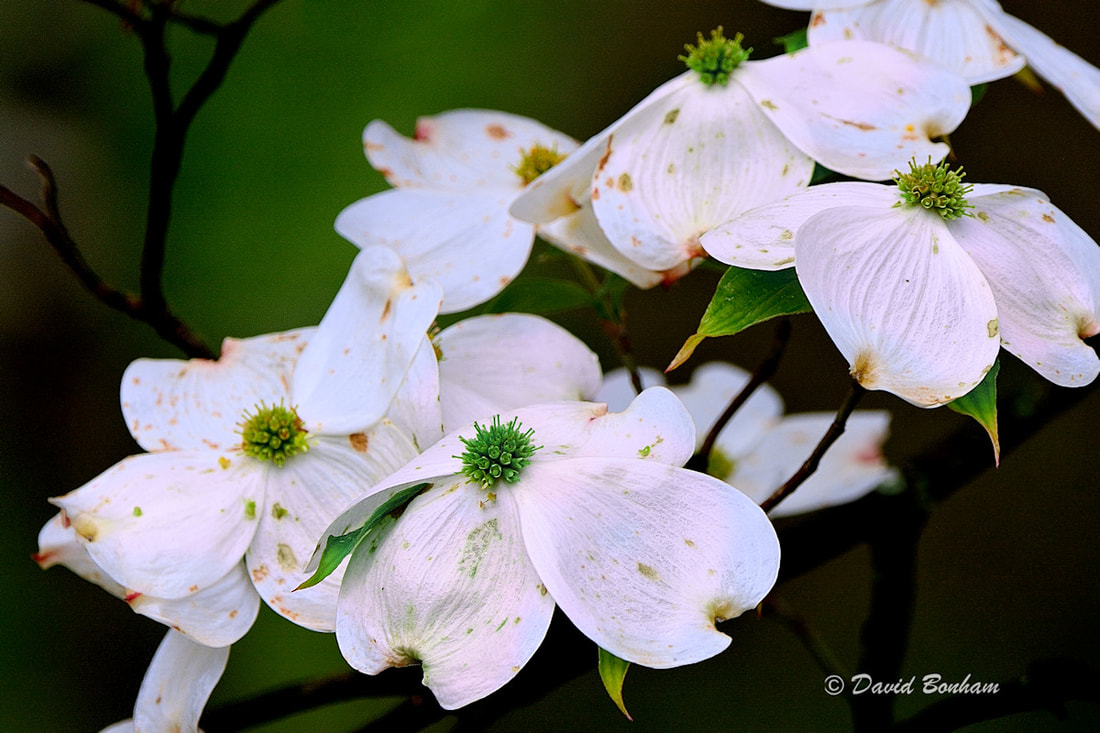 Eastern redbud leaves. In the spring they are my favorite leaf to photograph, especially when they are just starting out. To find this many so red is rare for me, there are usually a few smaller ones that are red. 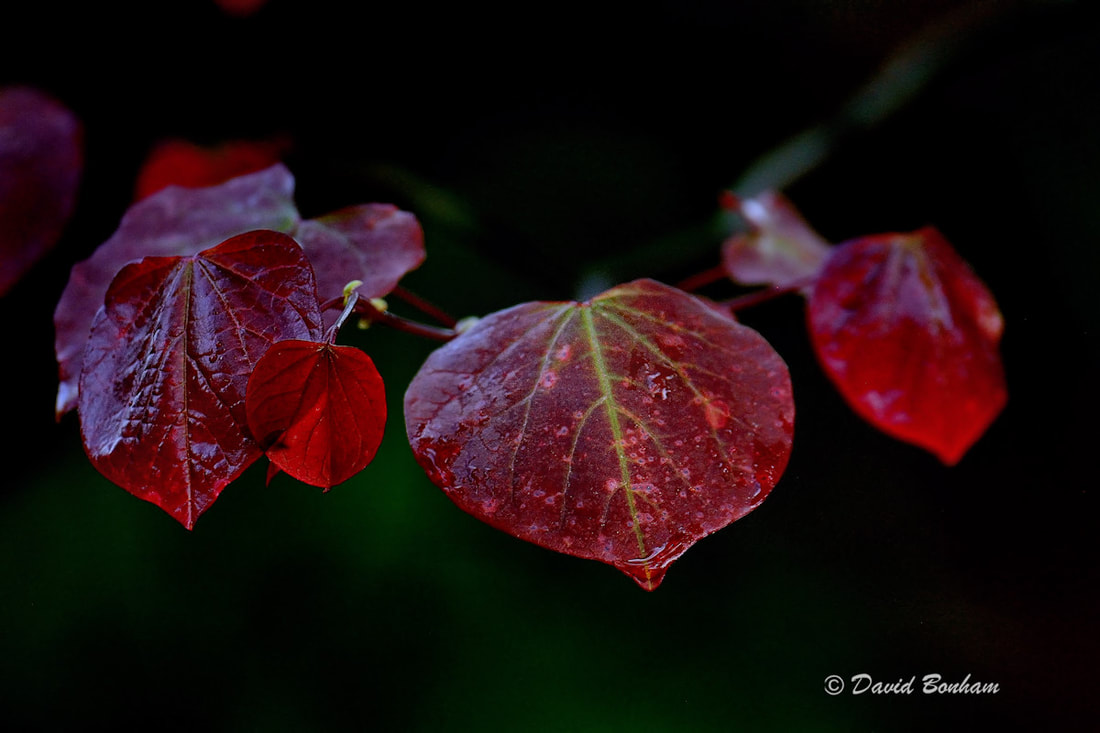 A laid-back, nonchalant dog lazily watching a random guy with a camera walking by taking pictures. (I’ve felt like that dog looks on several days during this stay at home period.) 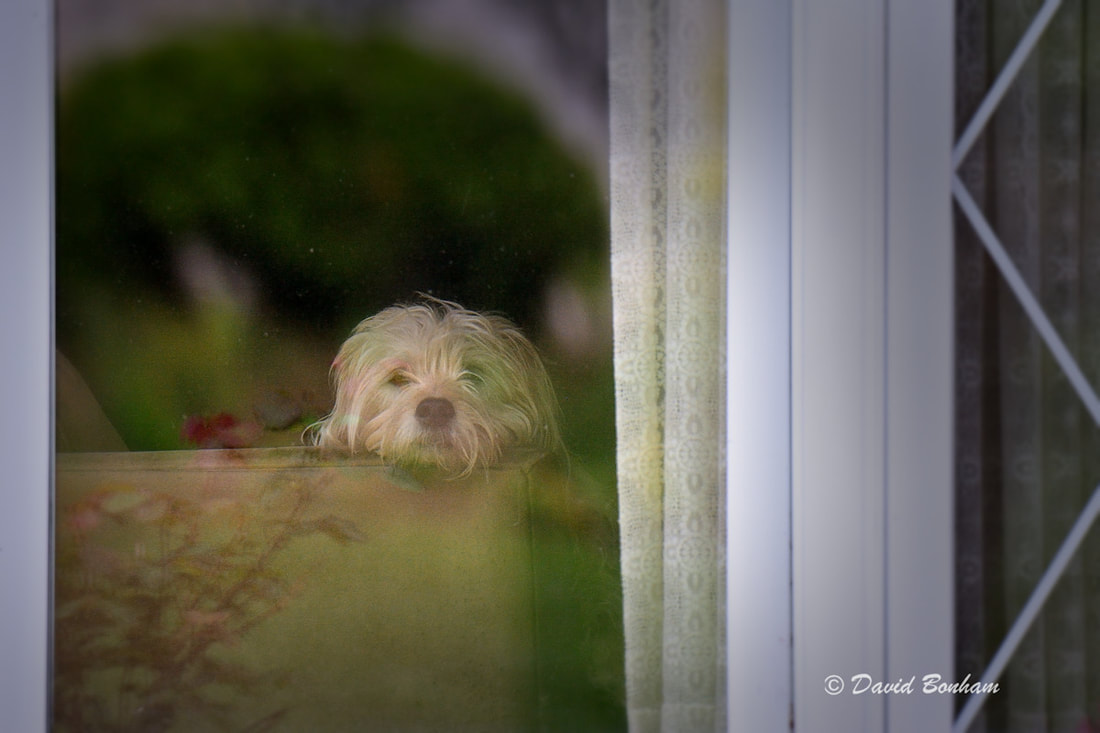 Thank you for stopping buy

6 thoughts on “Miscellaneous Photos From Here and There”