So In my last post I told you about the Rock and Roll Hall of Fame where we spent most of our first day.  The next morning we went to the house used in the movie A Christmas Story and then traveled to the intersection of Professor and Literary looking for a shopping area.  We did find the shopping area but it wasn’t much.  We then decided to go to the West Side Market.

According to one of the little tourist flyers we had, the market is “… the oldest oldest operating indoor/outdoor market space in Cleveland, Ohio … and on December 18, 1973, it was added to the National Register of Historic Places.”  Who wouldn’t want to cap off their Cleveland activities there?

The place is basically a giant year round farmers’ market.  When we were there it was strictly indoor as I think it was still too early in the year for outside stalls.  We walked around inside the whole building and, among the six of use, bought a good sample of some sausage type meats, chocolates, and cheese for a snack.  Here are some photos of the place from Wikipedia.

I did take a few photos myself.  This is the inside of the main center hall.  One end of the building had a balcony with a great view allowing me to get this shot. 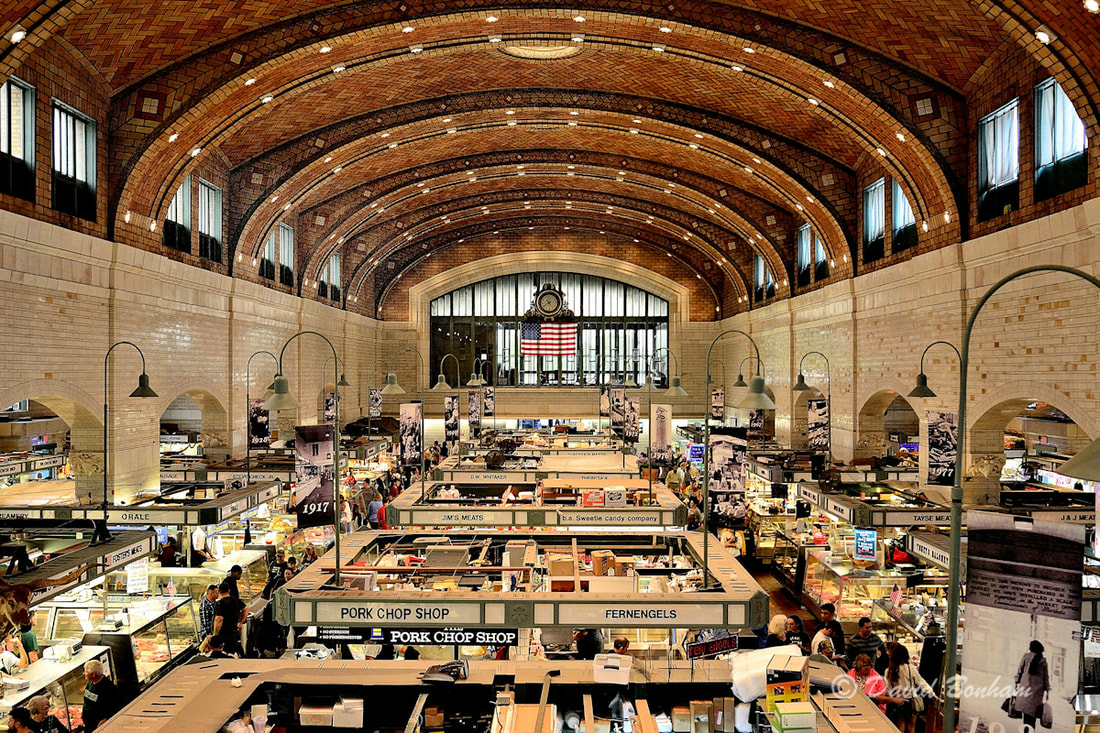 I also took some shots outside of the building.  These are its iconic smoke stack and tower. 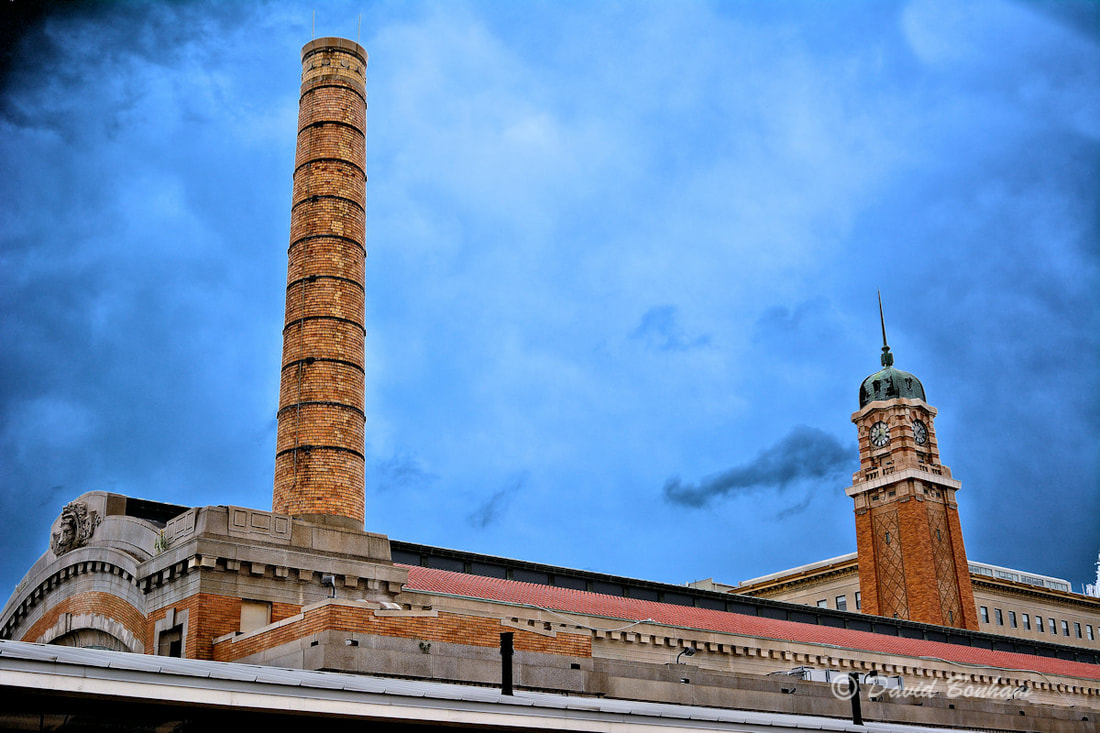 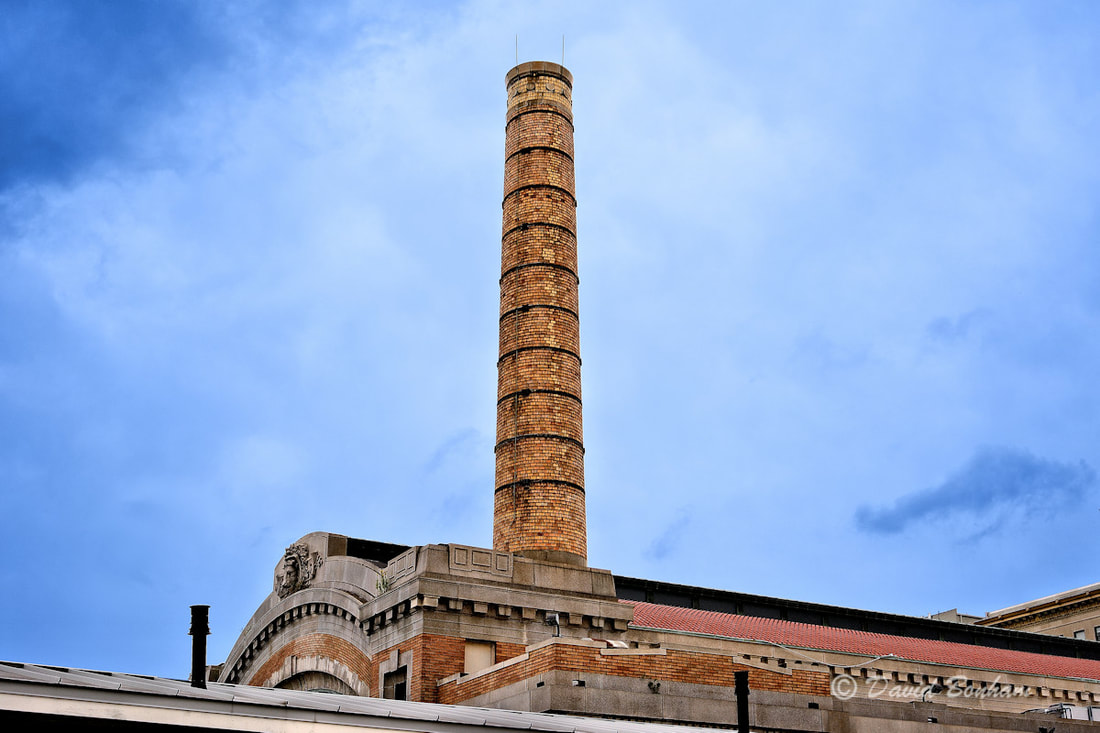 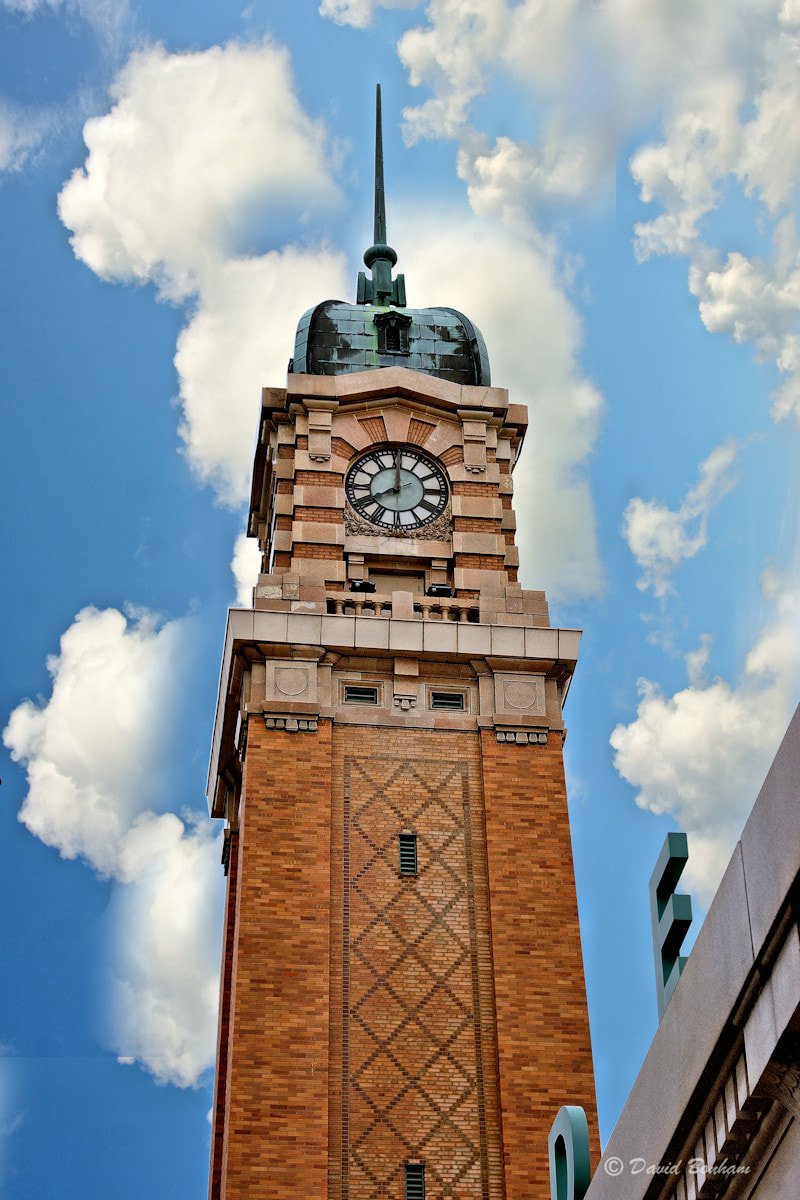 Following are some shots in the general are of the market.  About a block away was this very small glass blowing shop run by two ladies.  It was so small it was a bit tricky moving around inside because of all the glass items everywhere on makeshift shelves and on the floor.  Also the kiln or furnace was just a few steps inside and it was going full blast putting out a tremendous amount of heat and the ladies were busy making glass objects blowing them out on the ends of five or six foot long poles.  It was all very interesting. 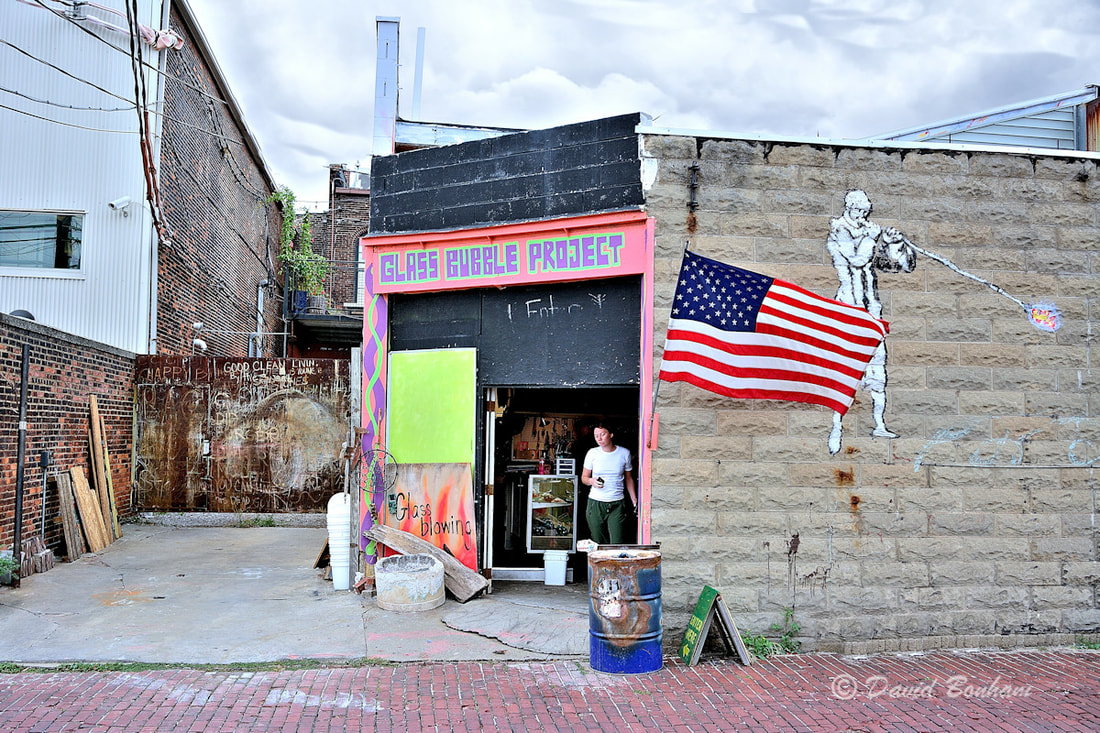 This is a closeup of the drawing on the outside of the building and it pretty well illustrates what the ladies were doing inside. 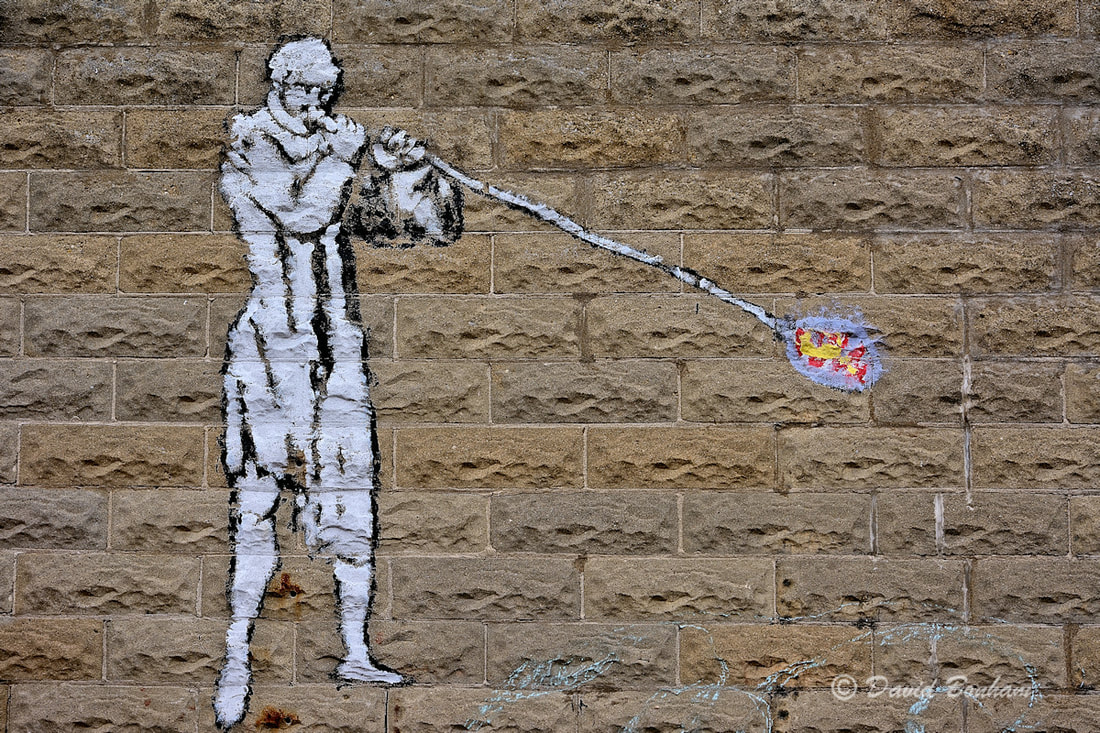 Looking around I found a few subjects of symmetrical interest to photograph. 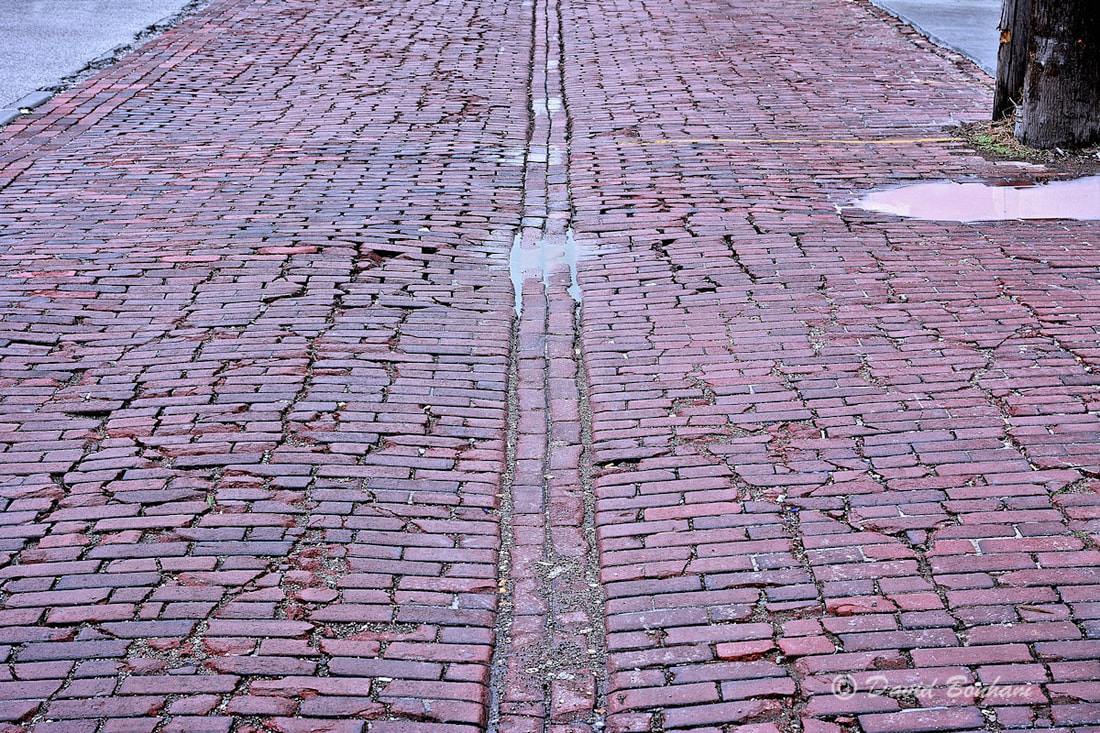 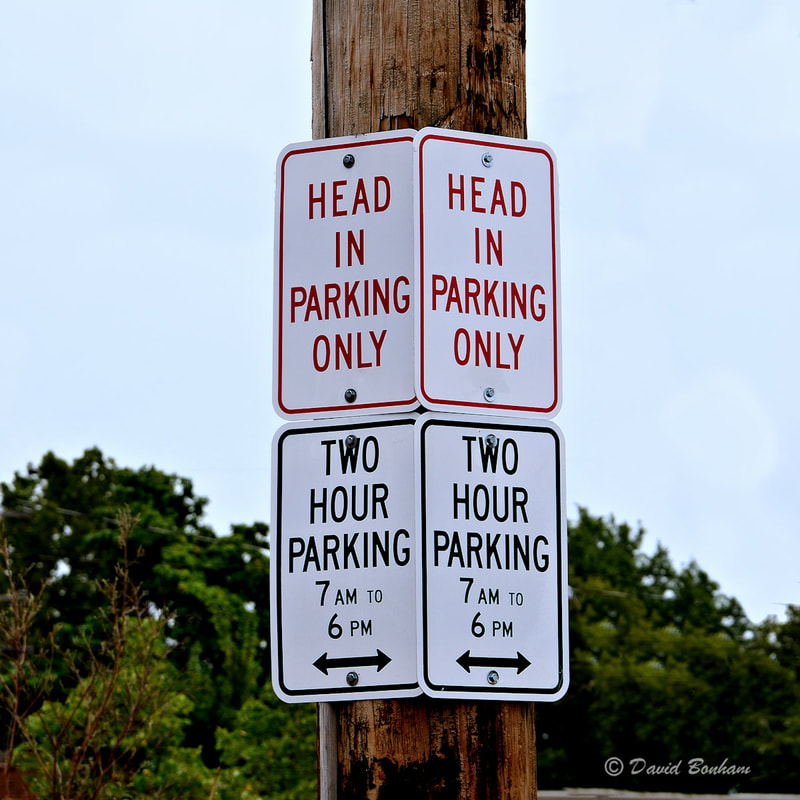 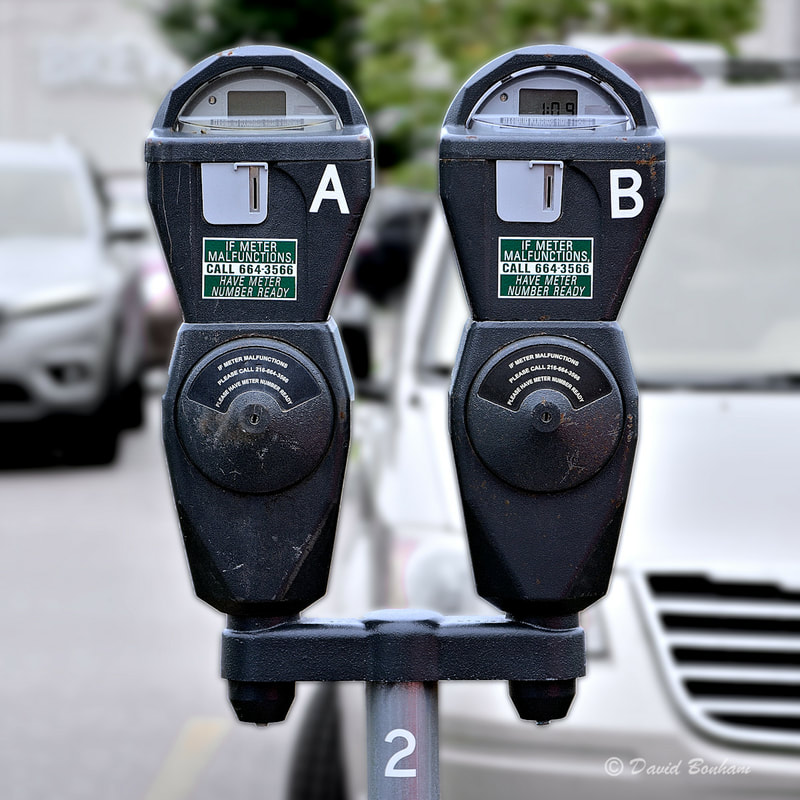 This shot is not part of the symmetrical series.  While looking at this bottle I realized that in none of my folders on my PC do I have a shot of a beer bottle on the ground with some beer still in it.  Now I do. 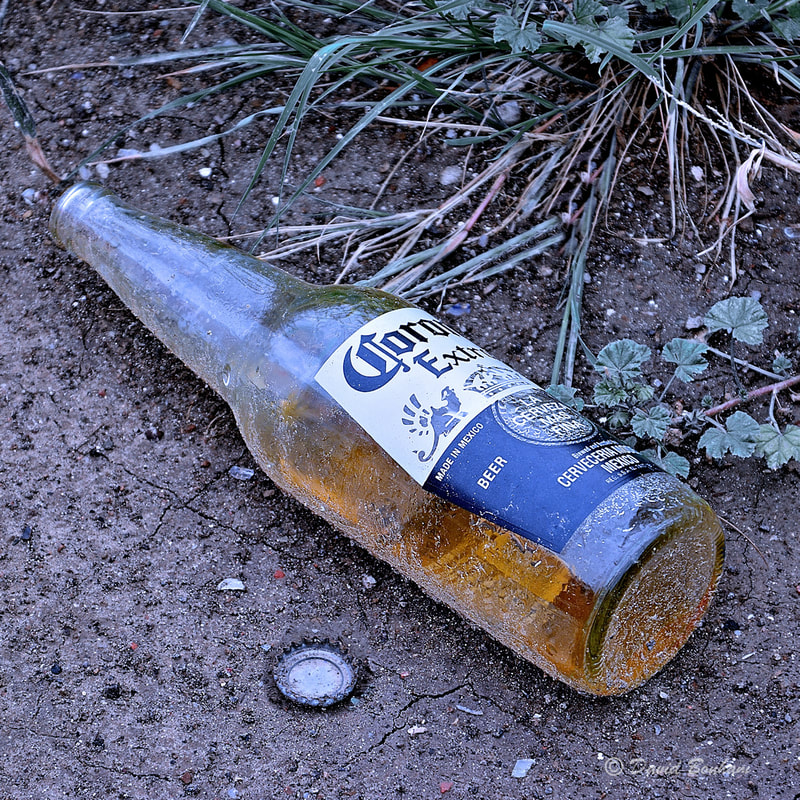 Oh boy!  Anther close up shot of the top of market tower. 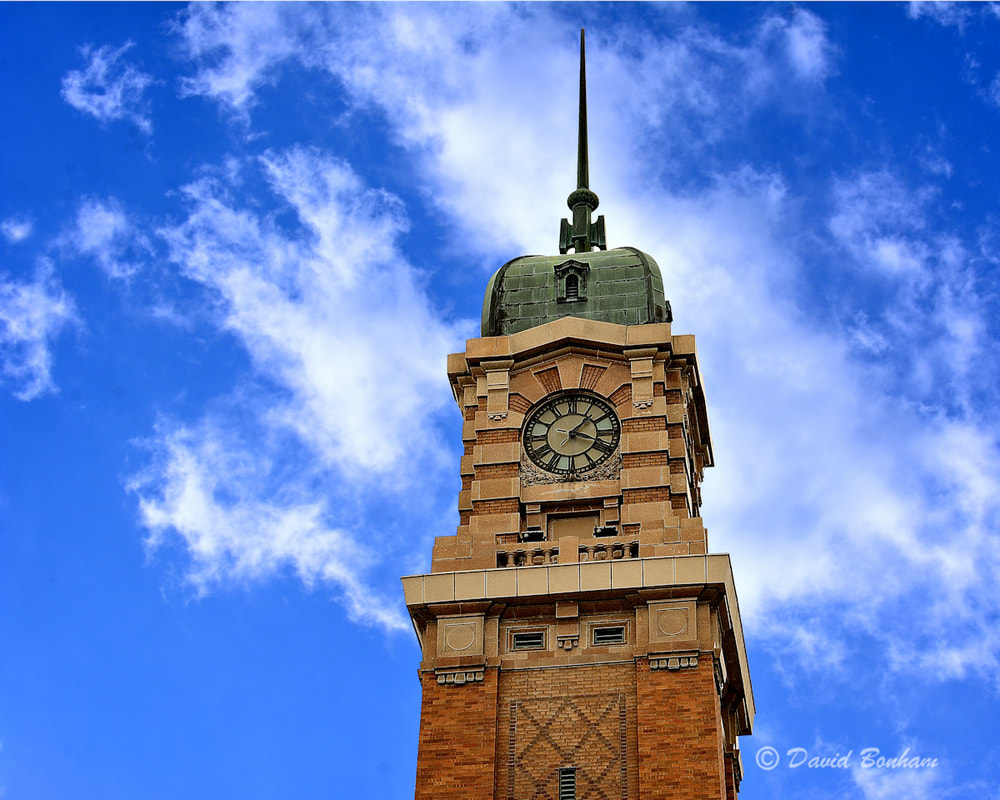 A few blocks further from the market we ran into this interesting plaza.  In addition to shots of this unusual mural I managed to get a few street photos. 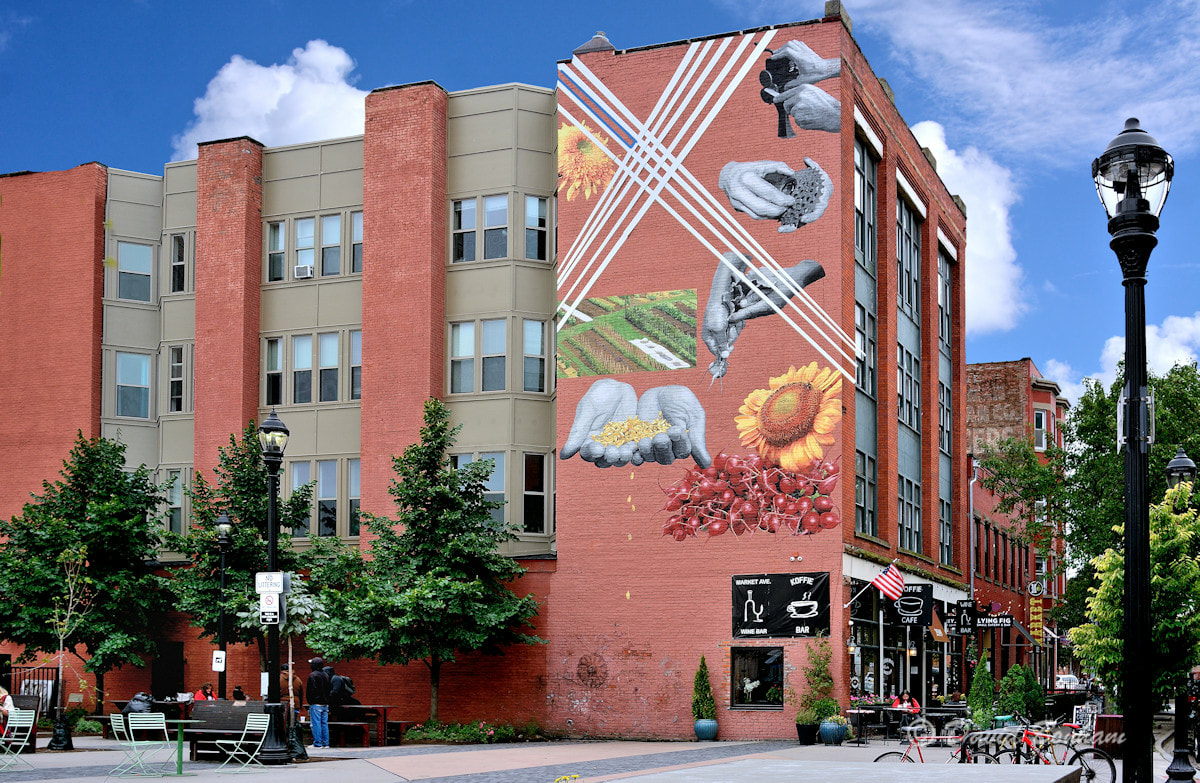 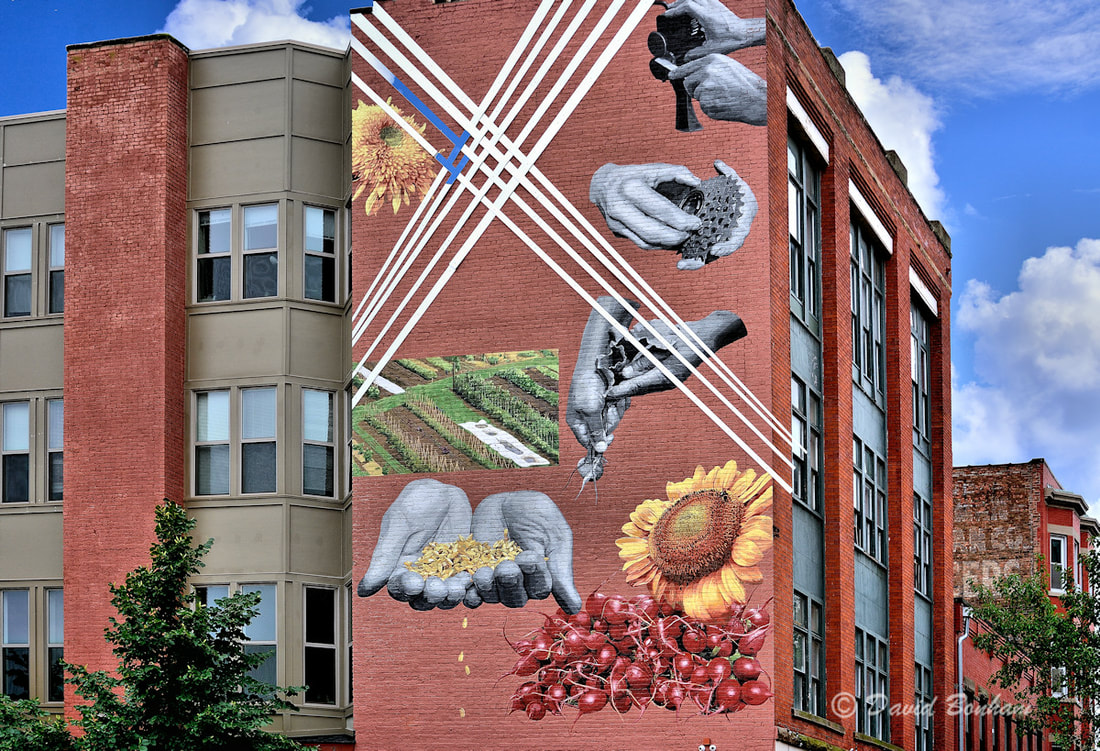 I originally converted this to B&W but it works much better in color. 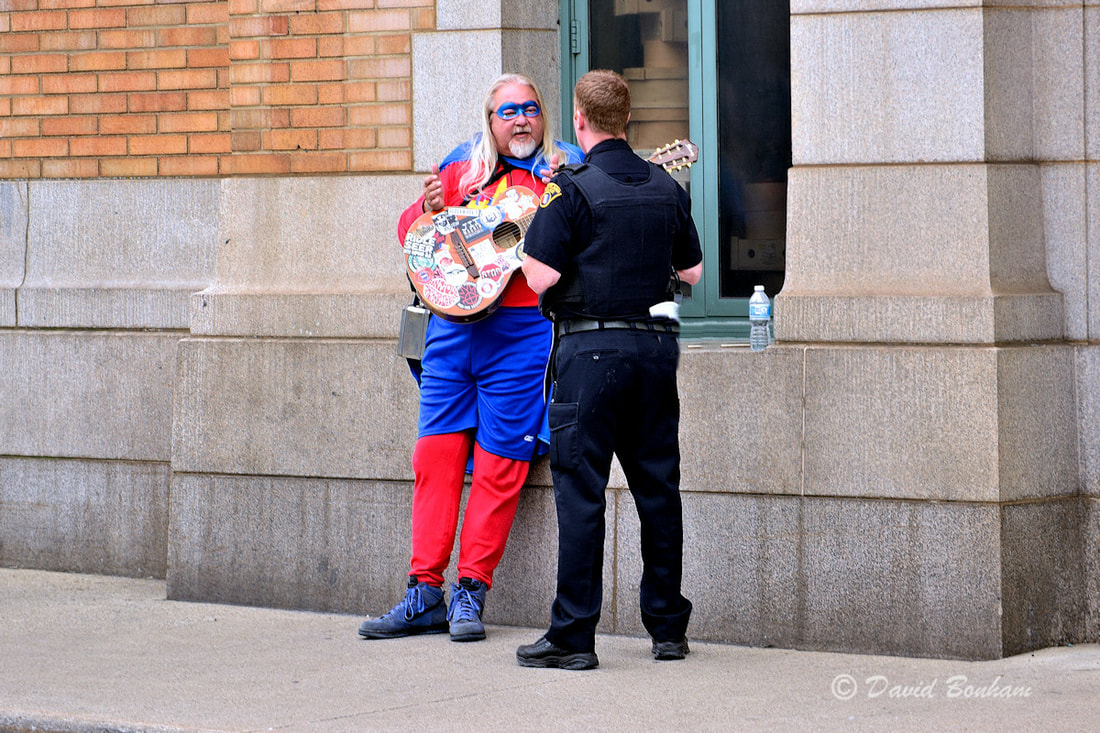 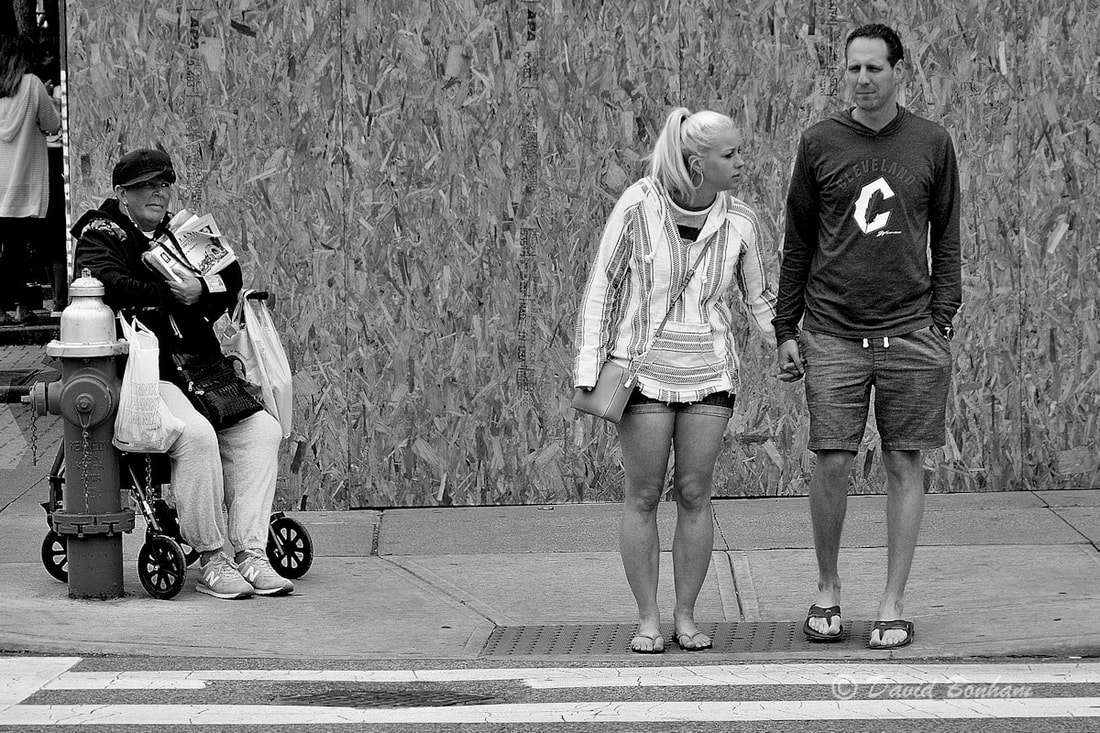 I think he’s letting me know my welcome is wearing thin.  It’s time to leave Cleveland. 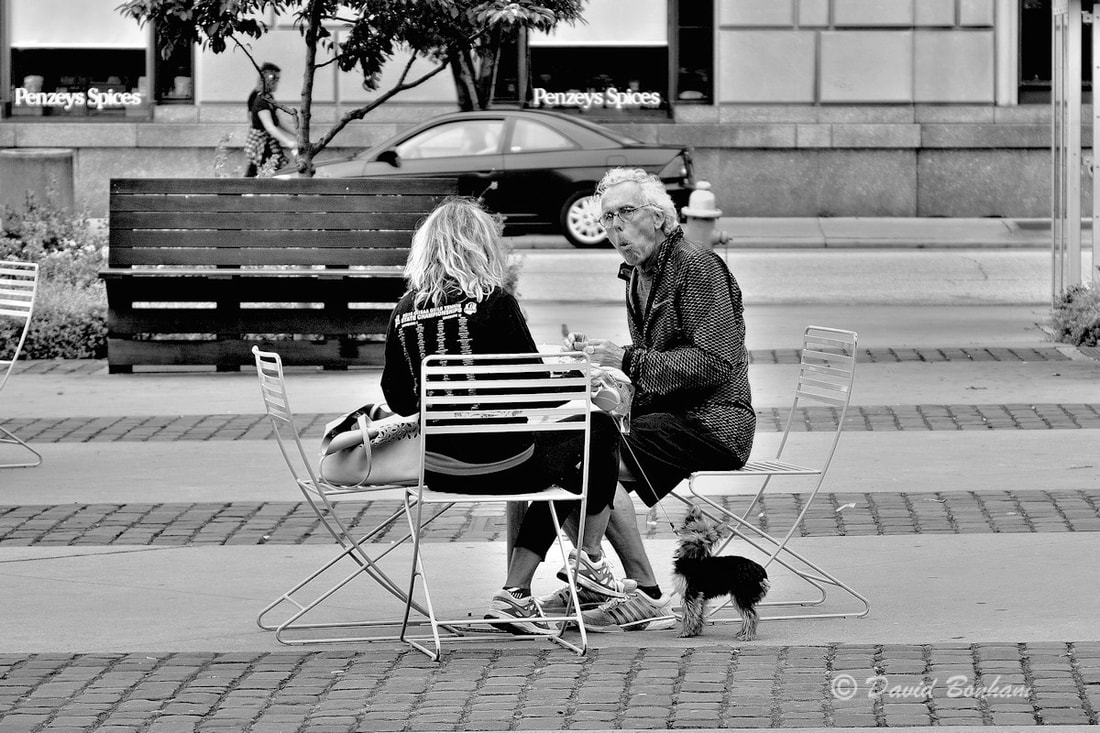