Okay, we are going to see the photos in the order listed in the title; that means we start with zinnias.

I have mixed feelings about this photo in terms of “do I like it or not.”  The thing is it evokes some sort of reptilian association in me that I find strange to associate with a flower and that kind of draws me to the photo, but it kind of repels me too. 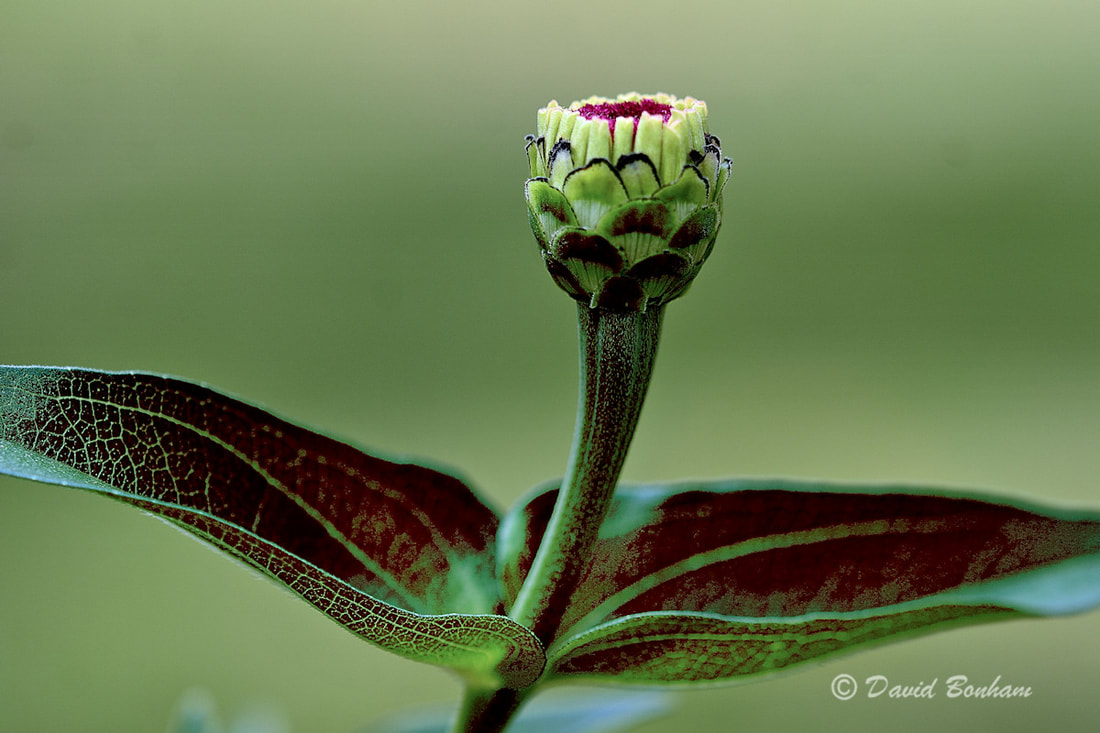 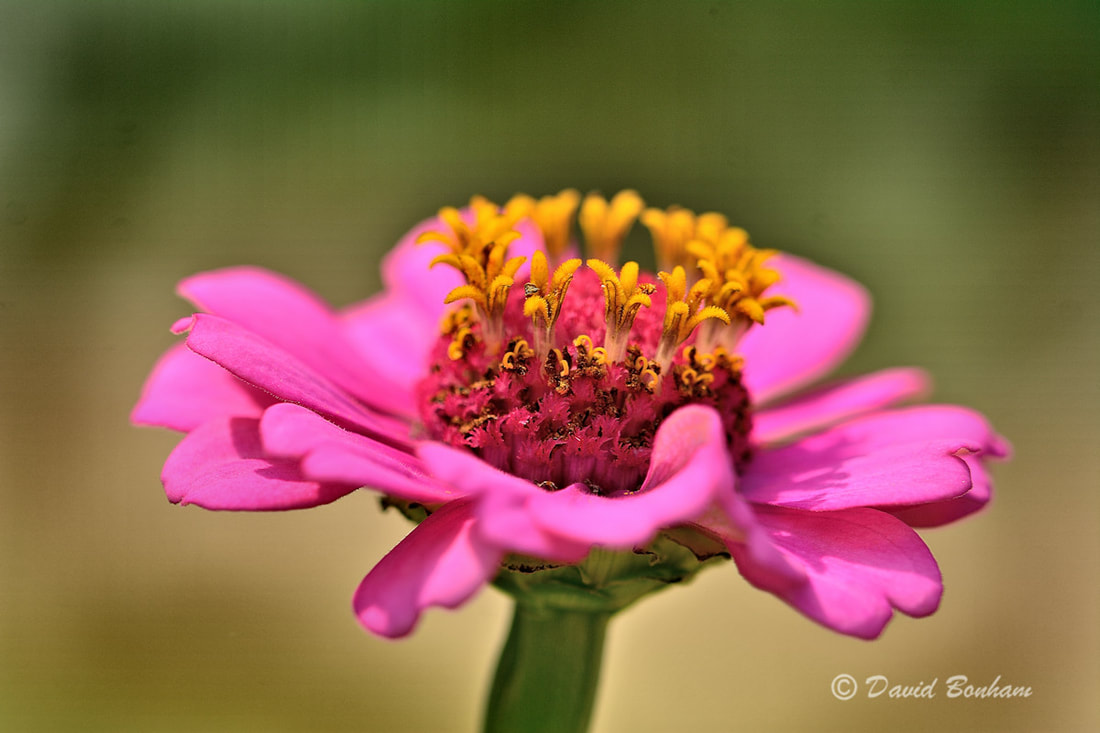 This is that “ball head” type zinnia that I’m not too fond of but this tight composition works for me. 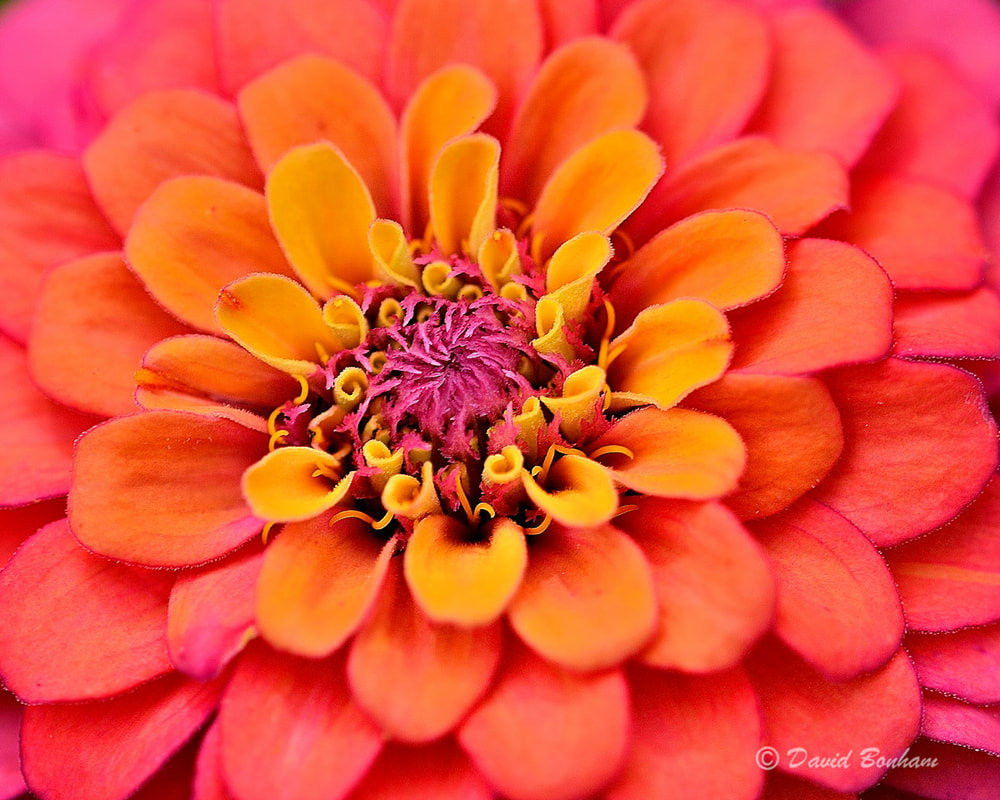 This of course is my go to shot for zinnias which, if you haven’t become tired of it, you may as I’m pretty sure there’s more to come in the future. 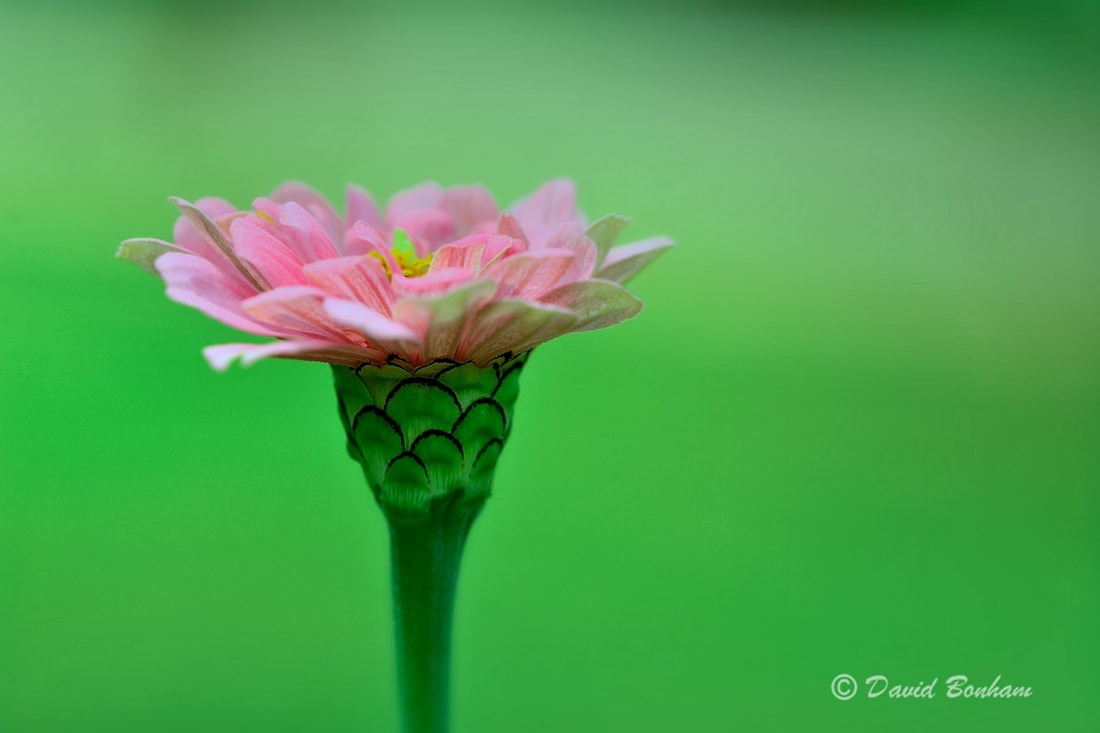 The next two photos represent the honey bee portion of the title.  (You probably figured that out on your own.) 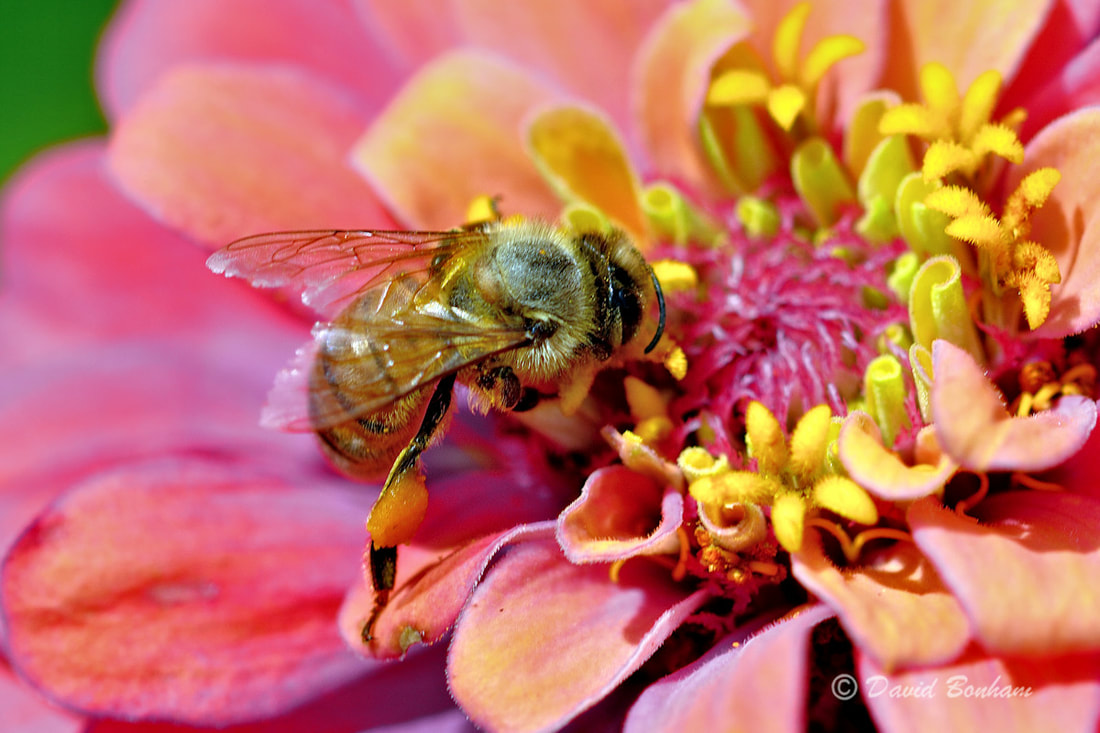 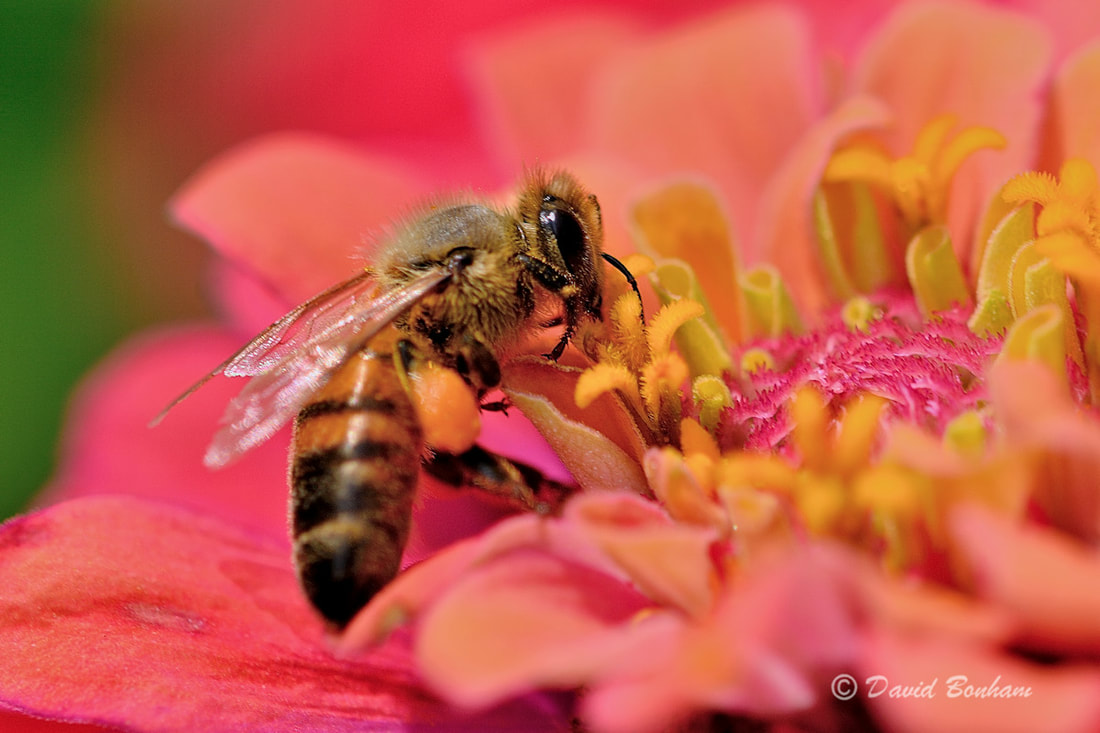 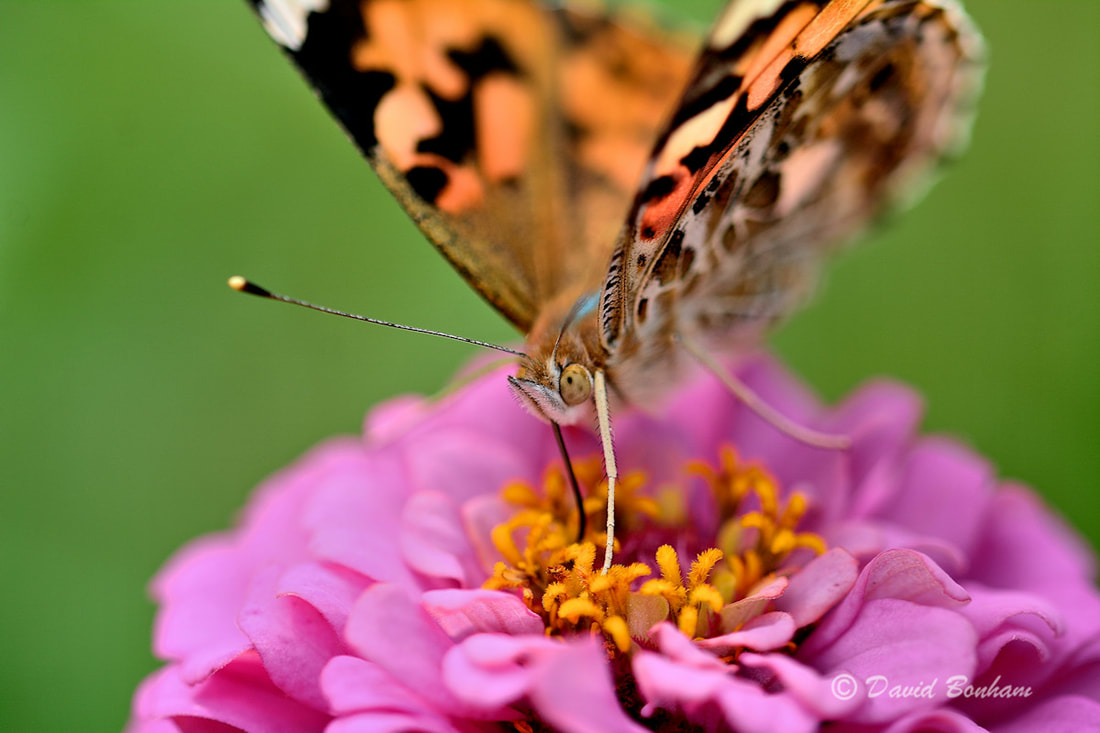 And now we finish with two photos of the “… and More” from the post’s title.

I thought that at one time I had looked this insect up on the web, found an exact match, and committed the name to memory.  Now that I need to know I have no idea what the name is.  I used to have a mind like a steel trap.  With aging it has become more like a steel sponge.

I have tried looking it up with multiple searches.  One would think that it is distinctive enough that a descriptive search would nail it but no.  At first I thought it was a moth but then the antennae made me think it was a butterfly, but I’m not entirely convinced of that either because I don’t see the little bulb or club on the end.  If anyone knows what this is I’d appreciate hearing from you.

UPDATE NOTE:  Just before posting this I gave google search another shot for the insect’s identity and I may have found it.  For now I am going with:  mint-loving moth, pyrausta acrionalis. 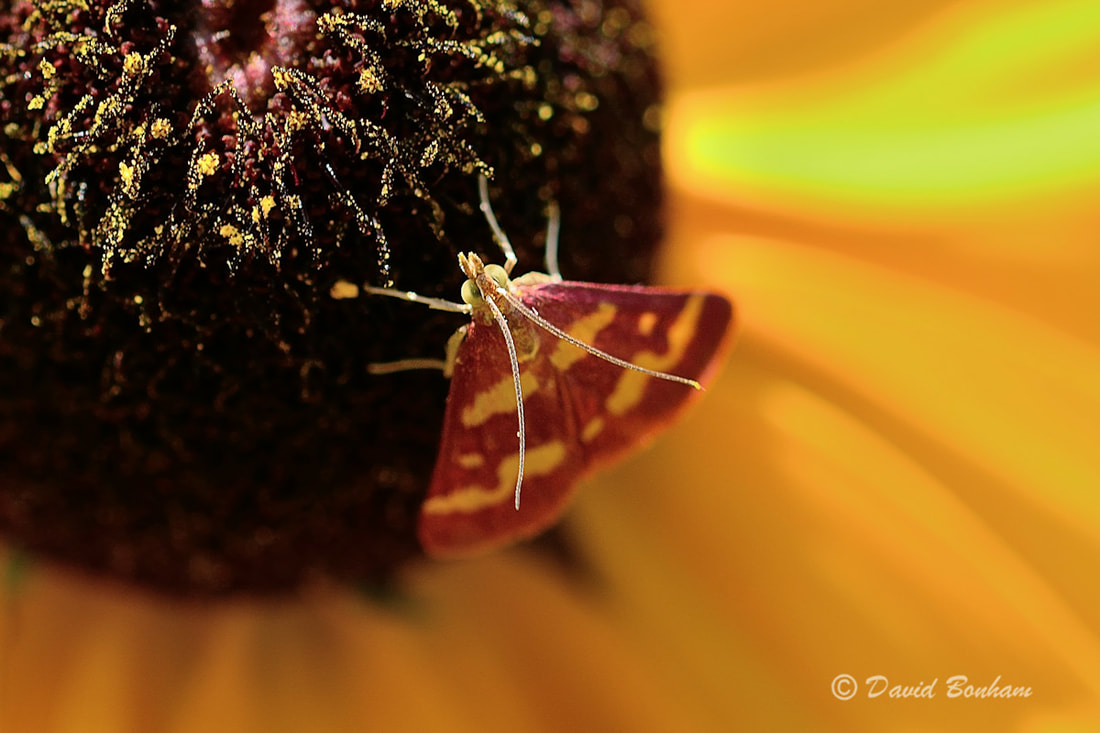 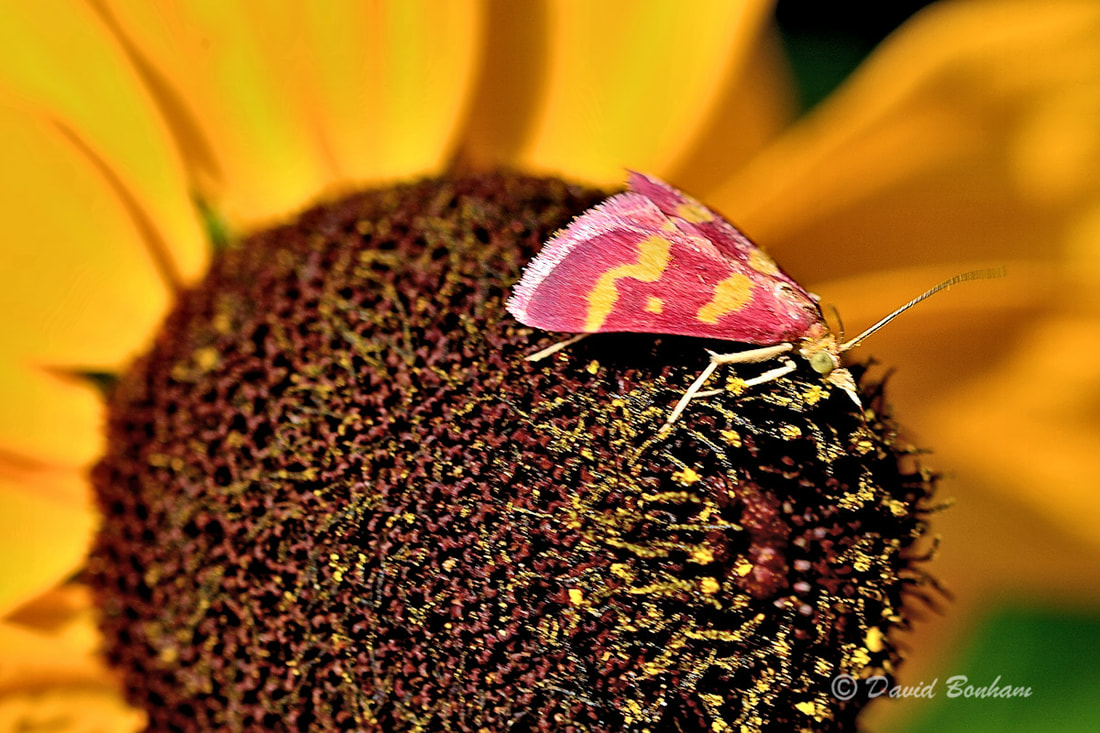 4 thoughts on “Zinnias, Honey Bees, a Painted Lady, and More”