Hope you like zinnias because that’s all I’ve got here.  Of course if you don’t like them you probably didn’t even open this and I’m writing to no one; at least no one who doesn’t like zinnias.  I guess the people who like zinnias are overhearing this conversation and wishing I’d get on with it.  Okay, here we go.

A couple of “blocks” up the street from me a guy planted a long skinny garden (about 20 yards x 1 yard) along the side of the sidewalk.  Except for a couple of cone flower plants and yellow rudbeckias it was all zinnias and packed in close side by side forming a flower hedge.

At the beginning of that first sentence above I put the word blocks in quotes because some sections of my community have streets laid out in the typical grid pattern.  Other parts have streets that are winding and curvy so that the distance between intersections or where one street comes in to another is not uniform, and still other sections, like where I live, have a mix of the two.  This means one has to estimate the number of blocks.  But then again the length of a block varies everywhere in the world so when I say “a couple of blocks” who really knows what I mean in terms of distance.  I don’t know why I am going on about this.  It appears my train of thought kind of turned into a runaway train of pretty meaningless, inane hooey.

Here are the zinnias. 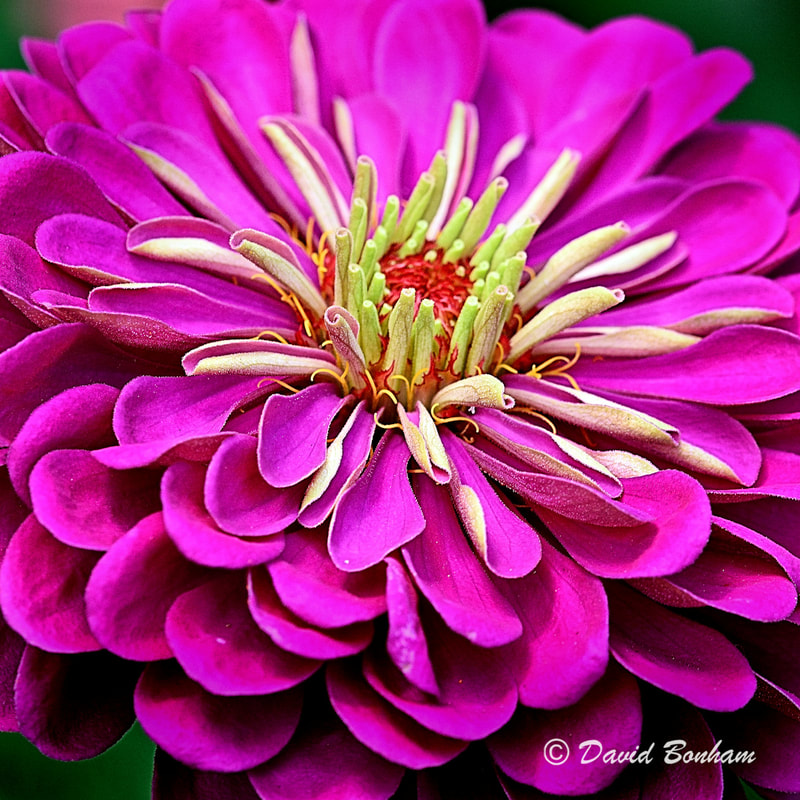 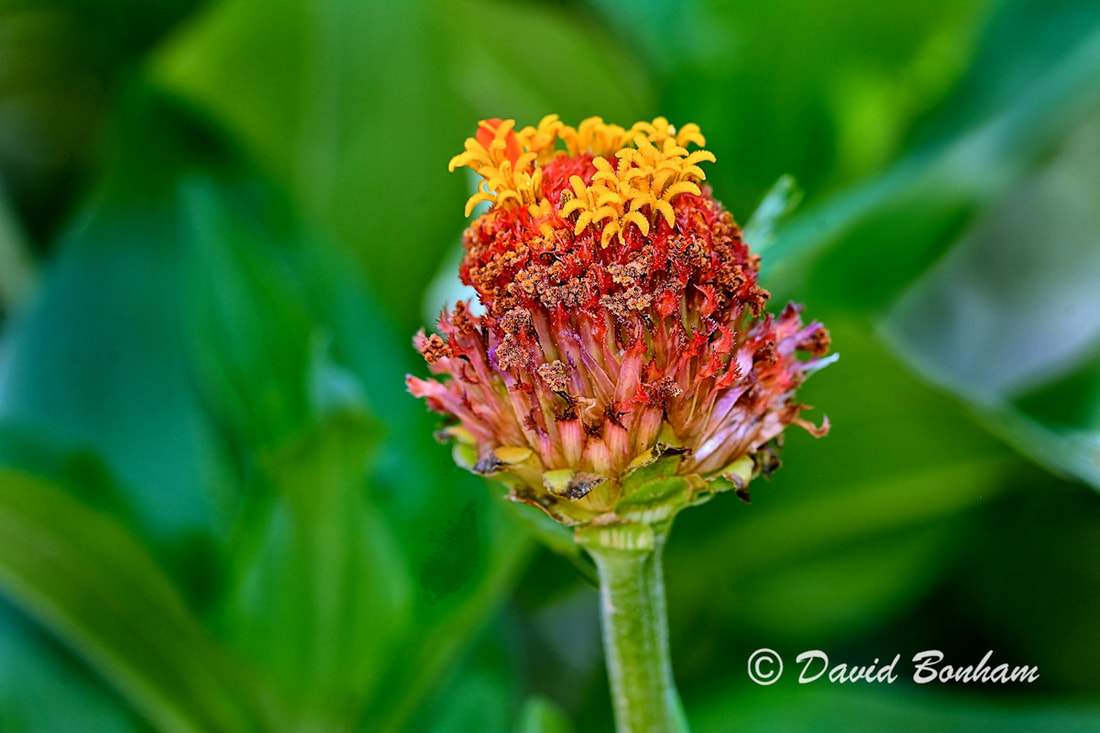 It might look to some like this flower has been taken inside and put in front of a background, or a background taken outside and place behind the flower.  Neither is the case.  I’ve mentioned before that I can often get a black background using flash if the subject is relatively close to the camera and there is a good distance between the subject and anything in the background.

I’m not using flash here but the subject is far enough away from background items, and the green background items are so closely bunched that the bokeh just “melts” into solid wall.  Using a darken brush I have added vignetting in the corners and on the sides that makes the center background appear to glow a bit. 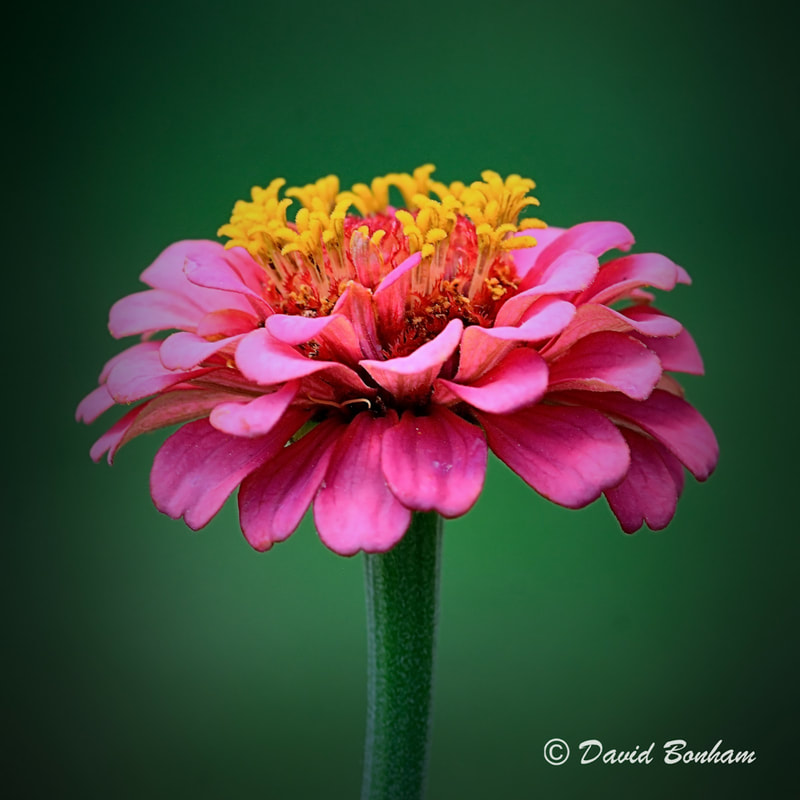 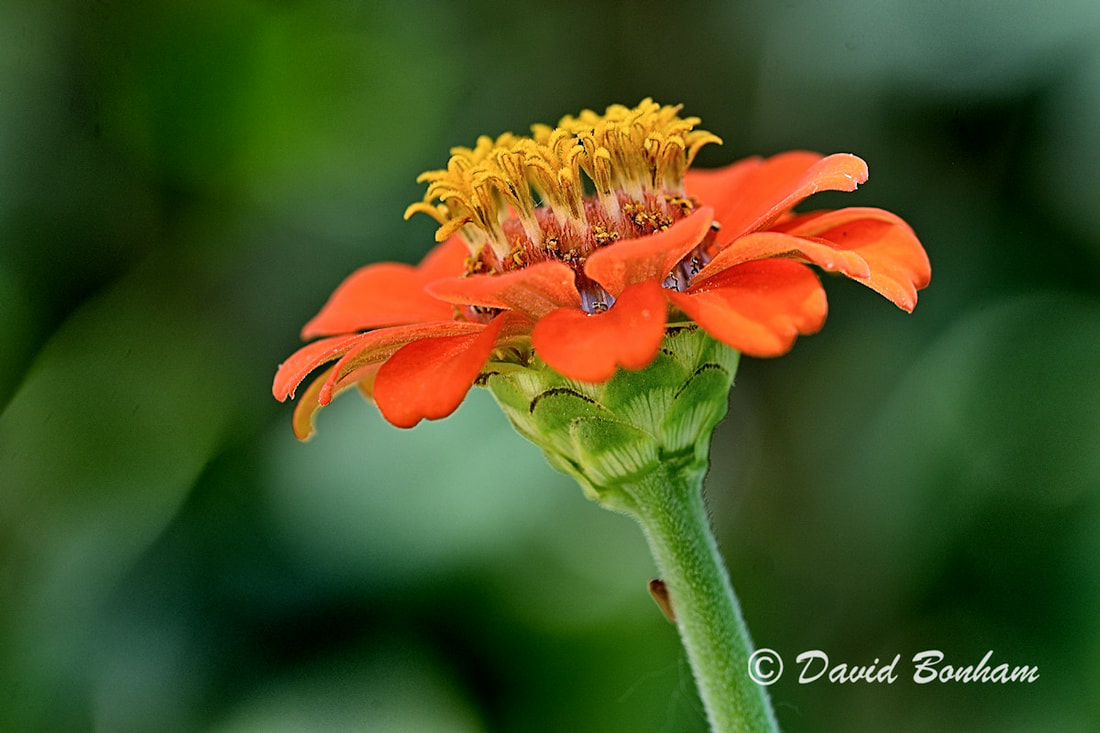 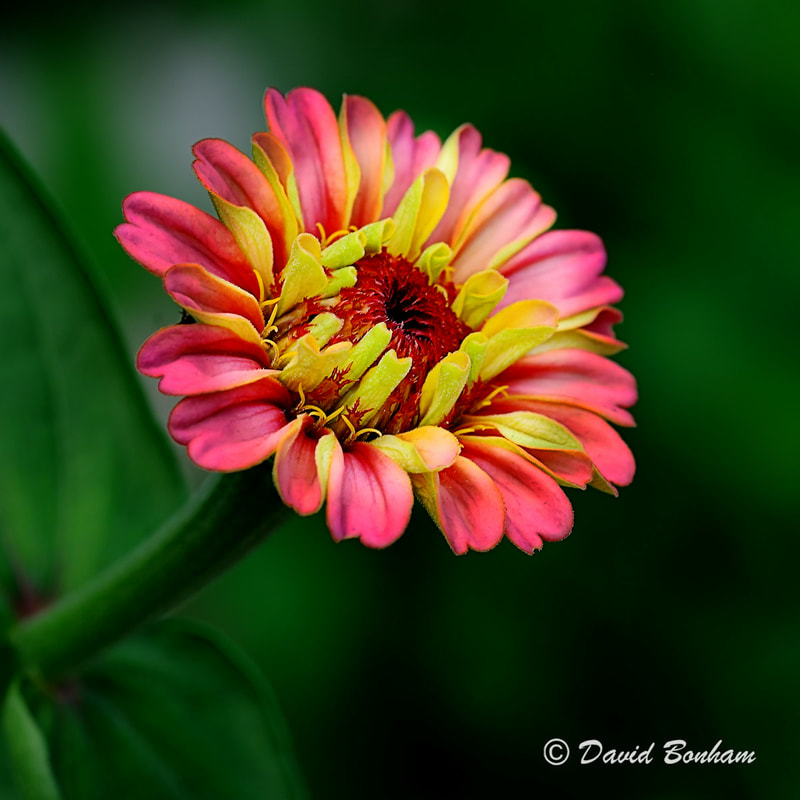 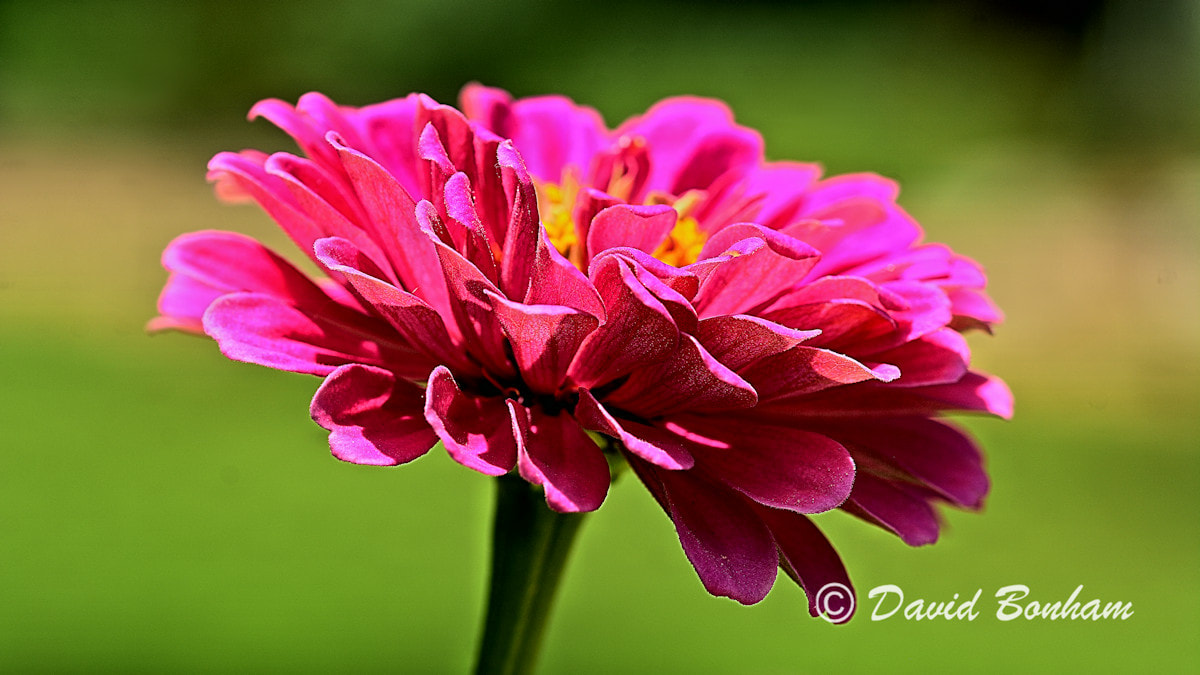 12 thoughts on “Nothing But Zinnias”