During the past couple of years, and this year too, there has been a cardinal pair and a house finch pair making regular rounds to my bird bath.  I’ve yet to see the cardinals at the bath together and I rarely even see the female.  The male is not that frequent a visitor to the bath staying mostly on the wires above the middle of the back yard or in a cedar tree fairly close to the bath.  When I go to festivals and outdoor art shows I often see beautiful photos of cardinals, especially in the snow.  I always wonder why any cardinal I see within a reasonable distance takes off as soon as he sees me.  I have to settle for a different bird with red coloring; house finches.

The male and female are together quite often, perched on the wires when the cardinal isn’t there or in the bird bath.  They don’t seem to mind me too much as long as I stay put and don’t make any sudden movements.  Below is a shot of the female house finch. 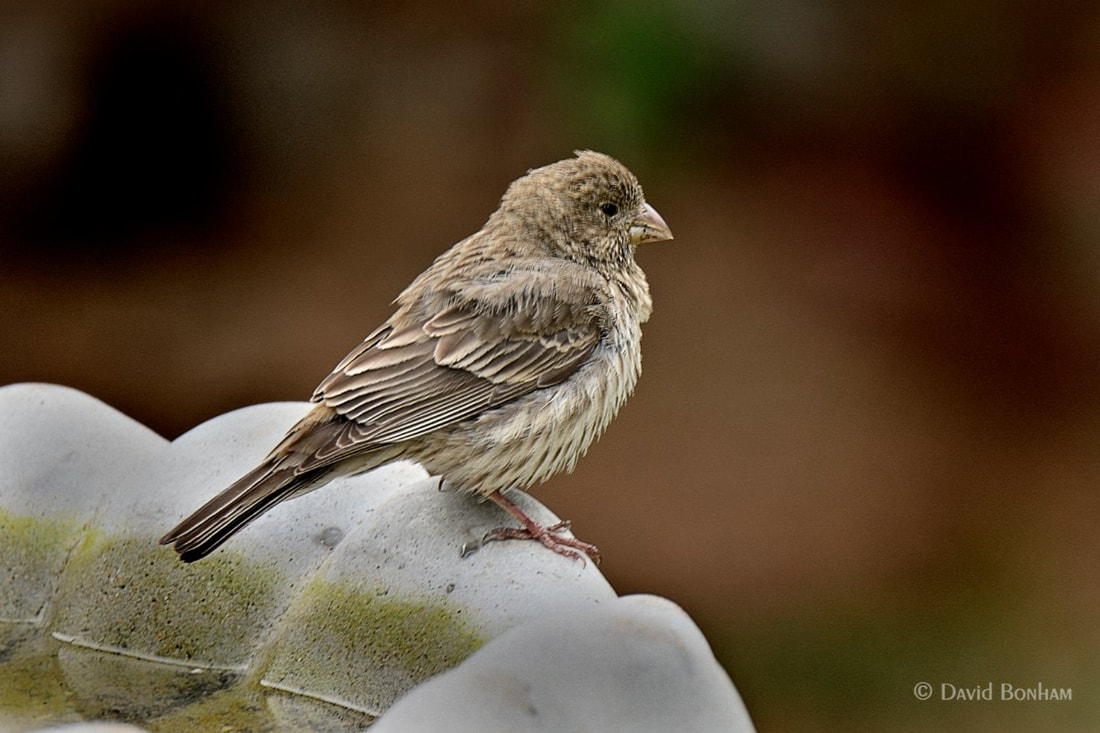 This is her mate. 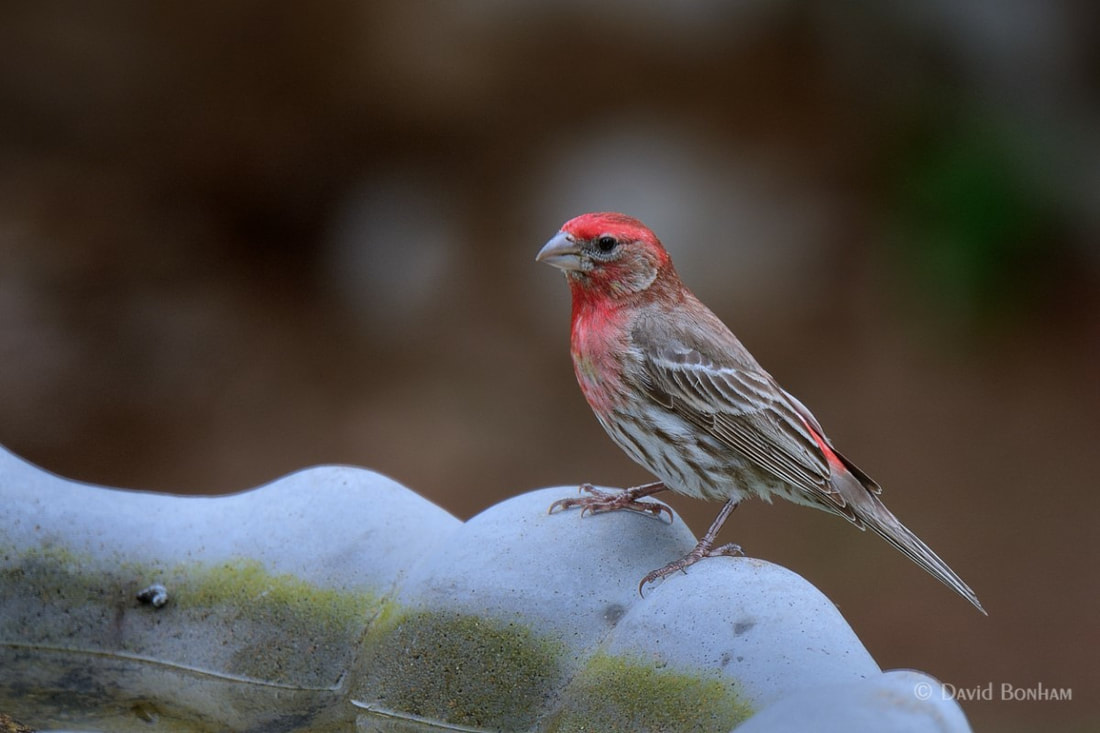 Kind of an abstract nature shot. 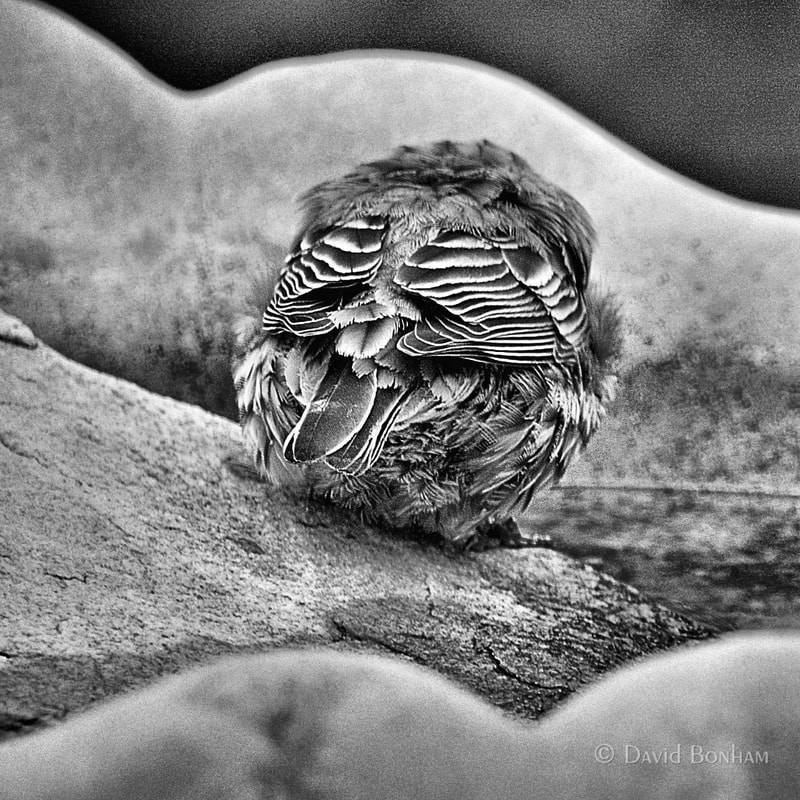 This is the photo the above was taken from.  As you can see I did a heavy crop and conversion to black and white. 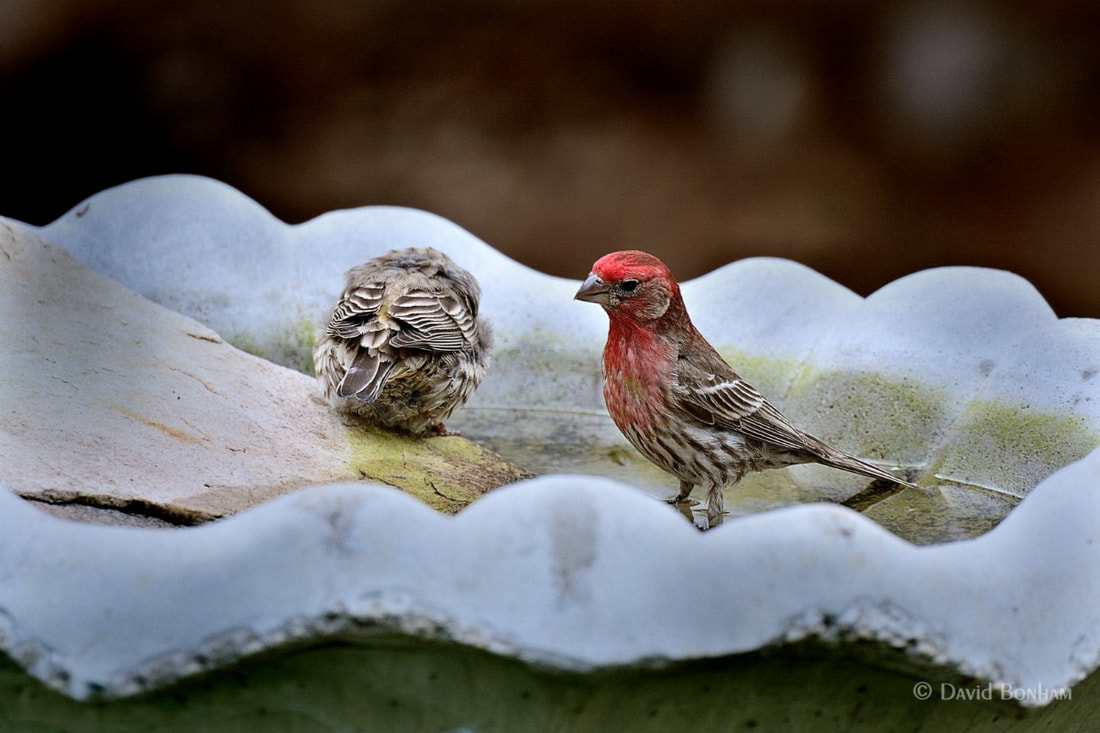 I think the male is giving me a look like why did you take that picture and blow it up to concentrate on my mate’s rear end. 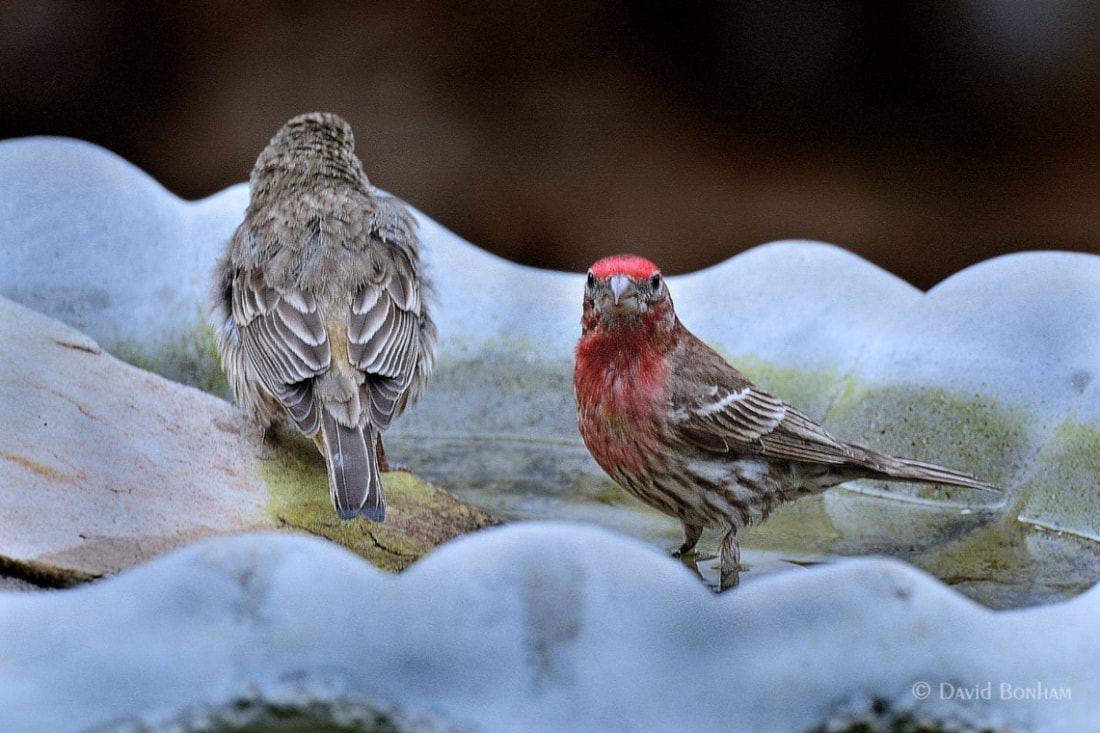 Here he is giving me a couple of more looks. 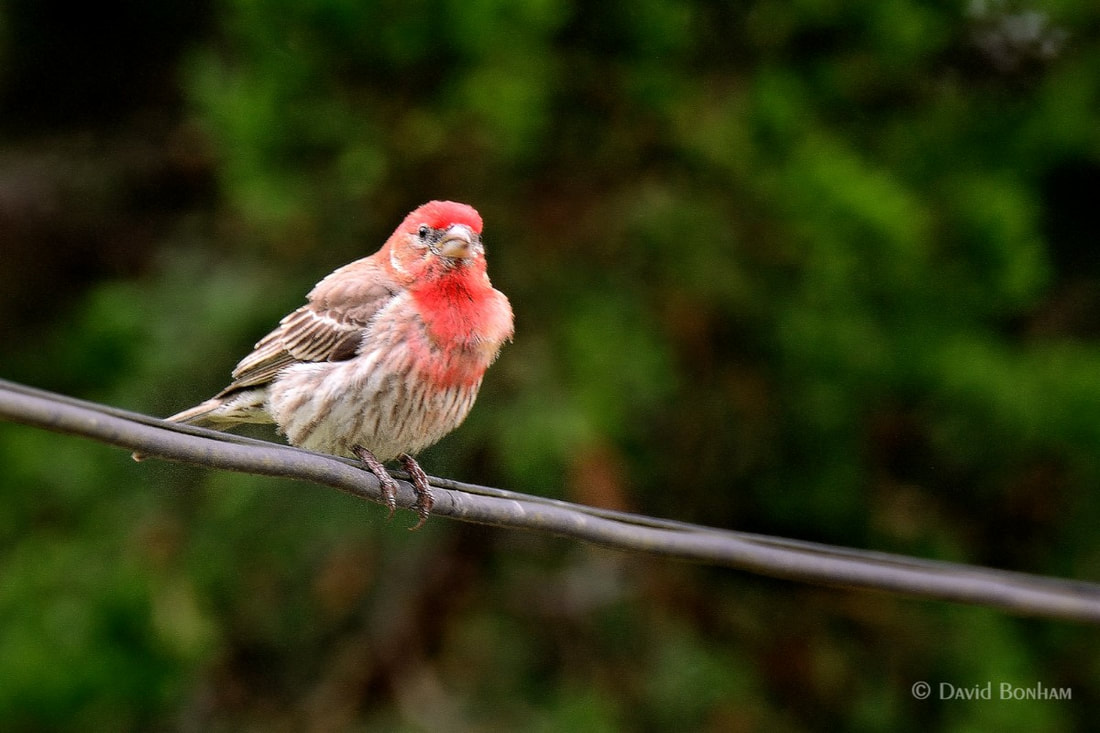 I think with this look he’s letting me know he’s keeping an eye on me. 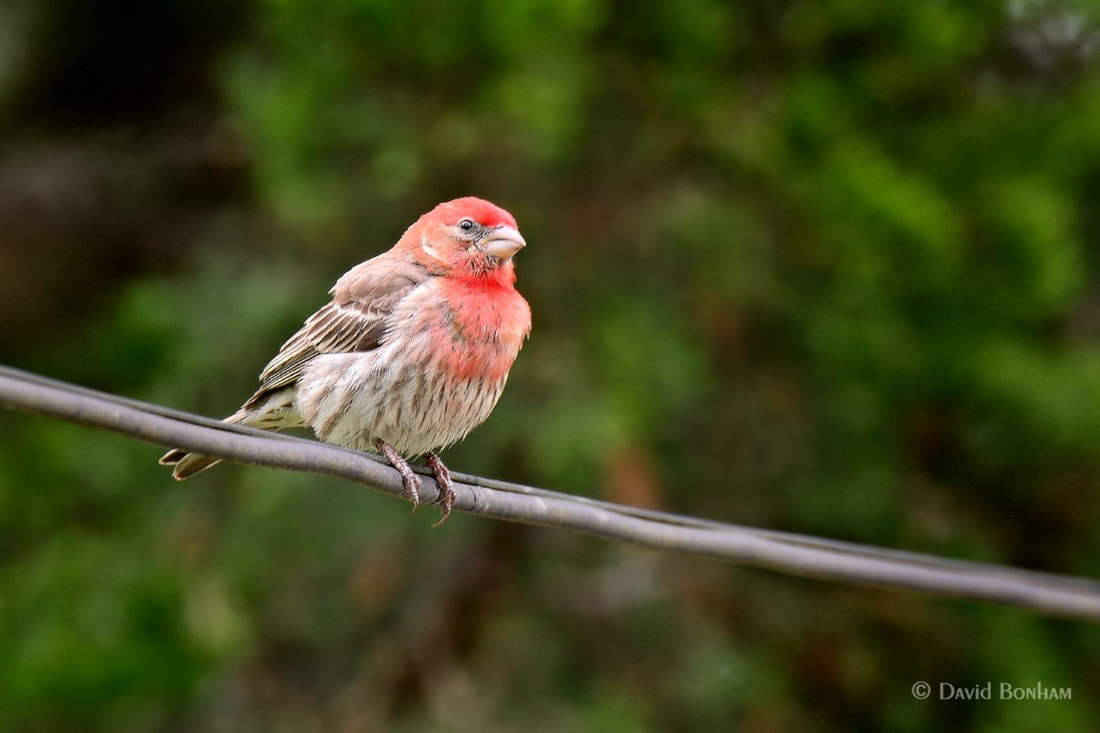 When I first saw this cardinal from a distance I thought it some sort of finch like a goldfinch that I had never seen or heard of, but it was much too big for a finch.  It’s not the male cardinal from the pair I was talking about earlier.  Turns out this is a bald cardinal.  I looked up “bald cardinal” on a whim and it is a thing.  It can be caused by normal molting or feather mites. 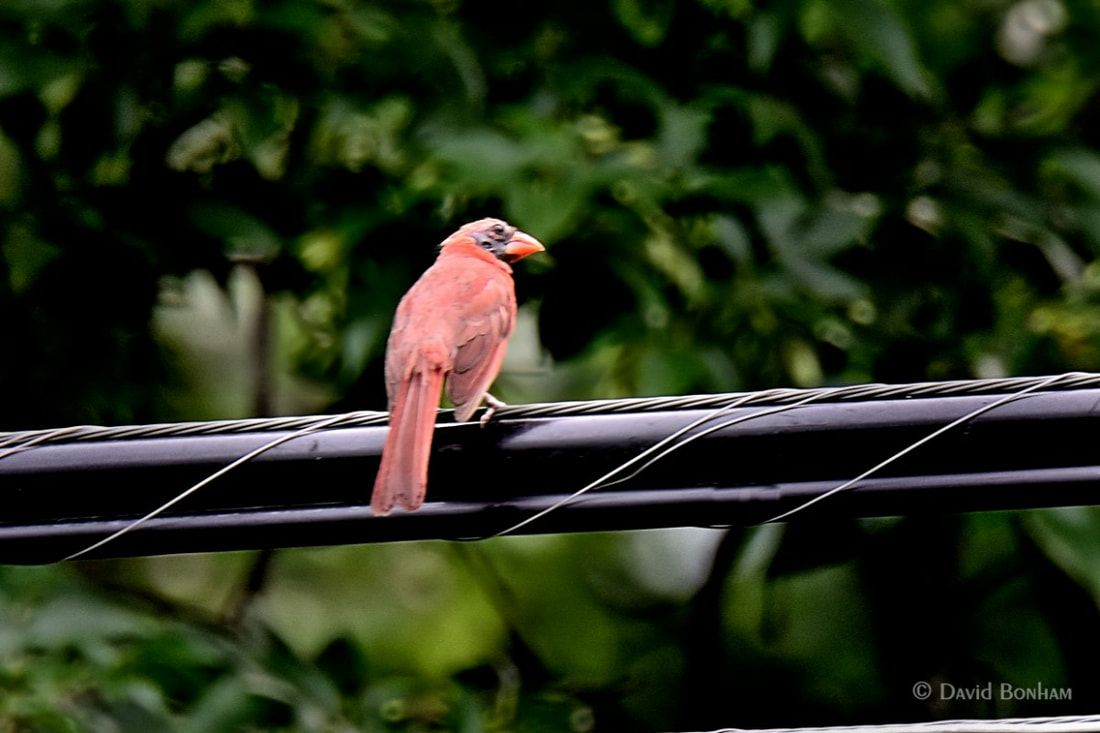 One site said that if the top of the head is not white but the normal black or red coloring then it’s probably not mites.  The top of his head looks fairly normal to me so I would guess this one has molted vs. mite infestation.  Still it a pretty sad looking bird and one whose appearance belies its song of “pretty bird, pretty bird”. 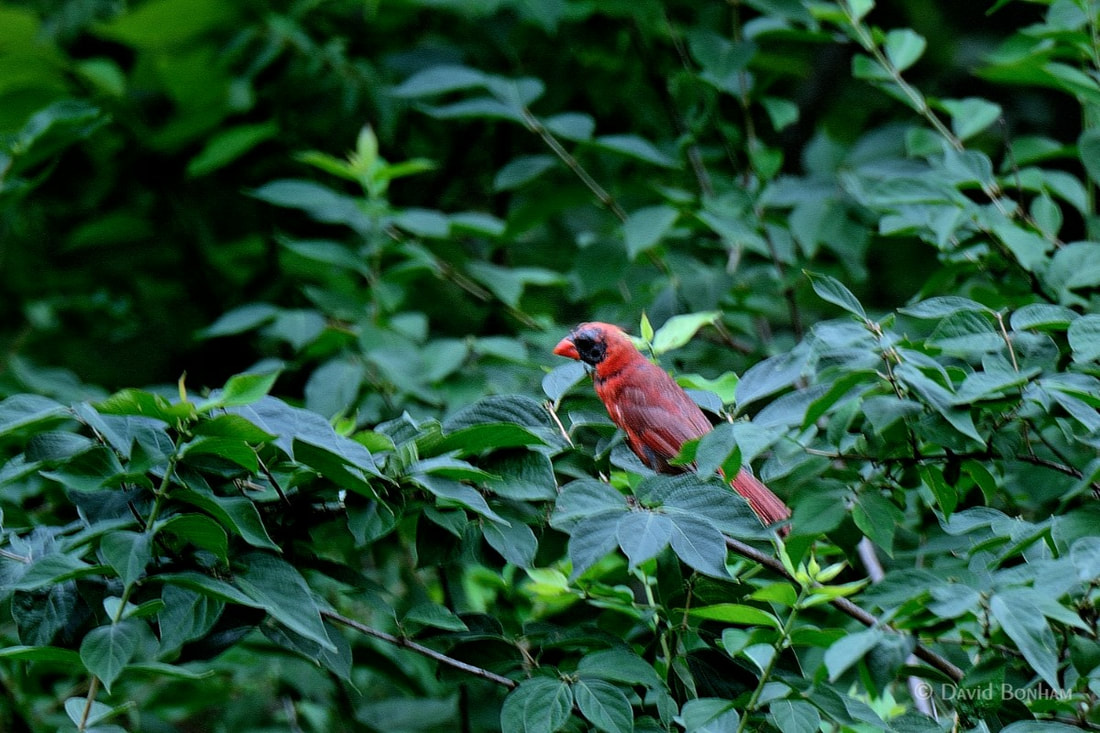 5 thoughts on “House Finches and a Cardinal”