At first I thought this was a common grackle which I’ve seen in the yard pretty often, but then I notice the head an neck was brown and not greenish-bluish-purple.  I did some research and found out this is a brown-headed cow bird, not the kind of bird I want in my neighborhood.

Why wouldn’t I want it?  Because I like cardinals, house finches, goldfinches, and similar birds.  Turns out the cowbird can be very detrimental to other birds.  The female does not make a nest.  Instead she lays her eggs in the nest of other birds which gives her the strength and time to lay three dozen or more eggs a season – in someone else’s nest.

The two paragraphs below from The Cornell Lab of Ornithology explain how this act of parasitic nesting can be harmful to the other birds.

“Cowbird eggs hatch faster than other species eggs, giving cowbird nestlings a head start in getting food from the parents. Young cowbirds also develop at a faster pace than their nest mates, and they sometimes toss out eggs of young nestlings or smother them in the bottom of the nest.”

We can learn a lot form nature and I believe the lesson to be learned here can be best expressed with words from Willie Nelson when he sang “Mammas Don’t Let Your Babies Grow Up to Be Cowbirds”. 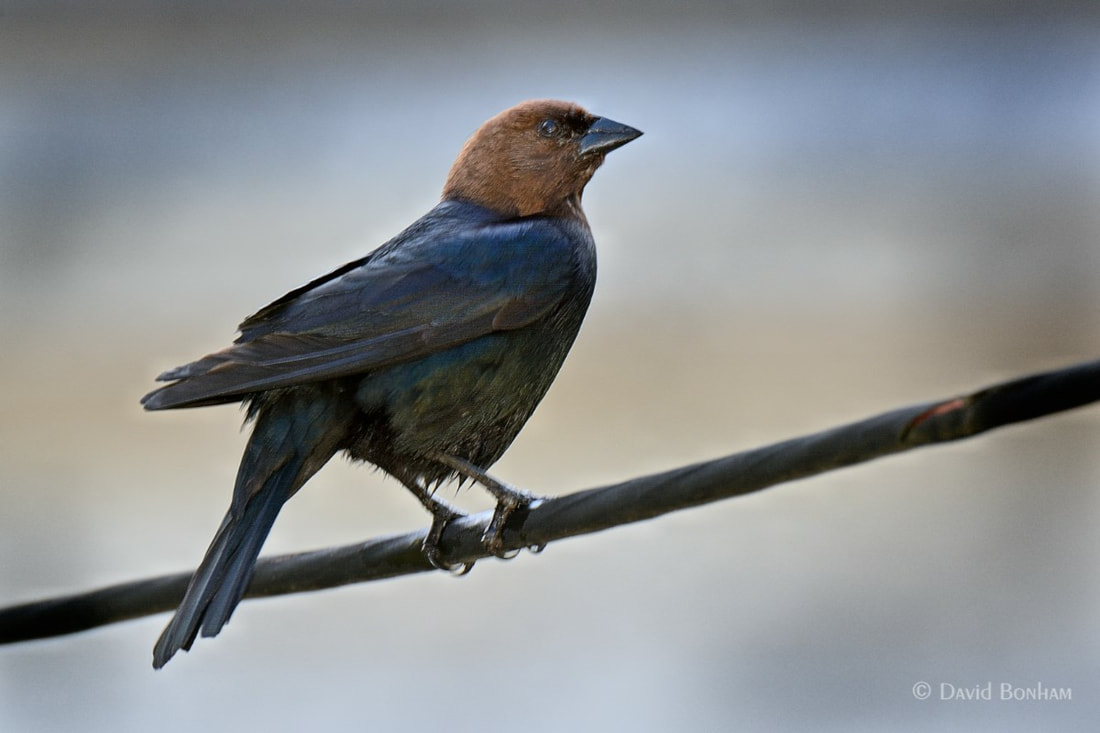 Hey!  Is that a birdbath? 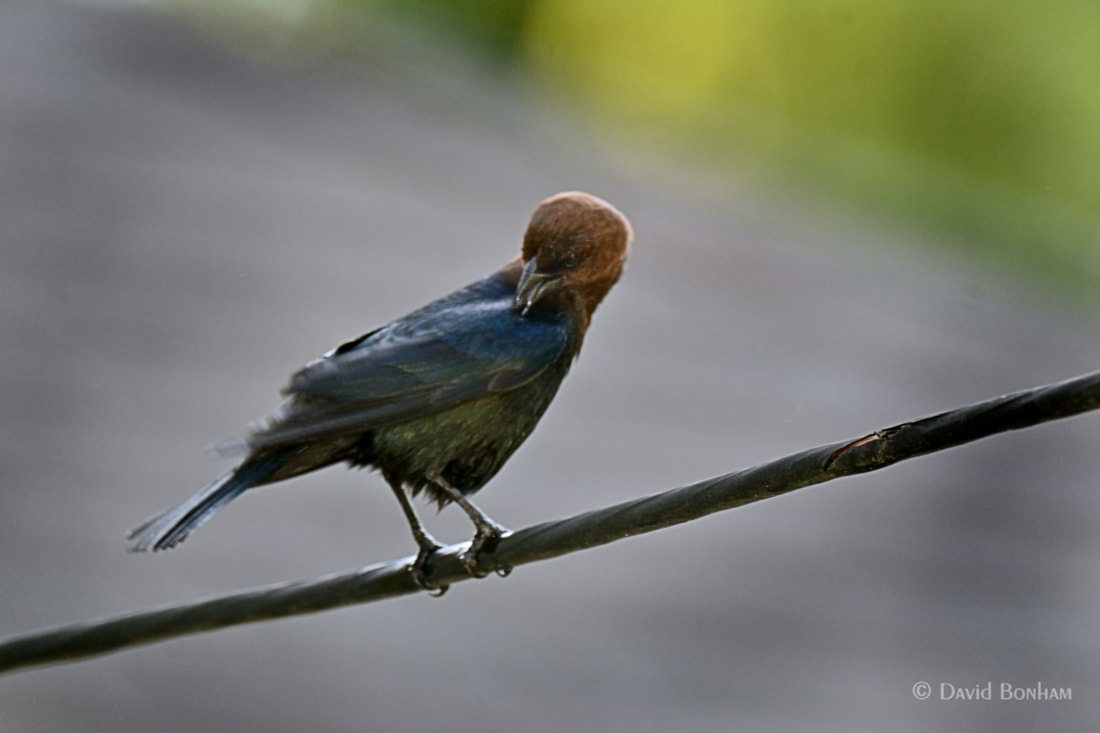 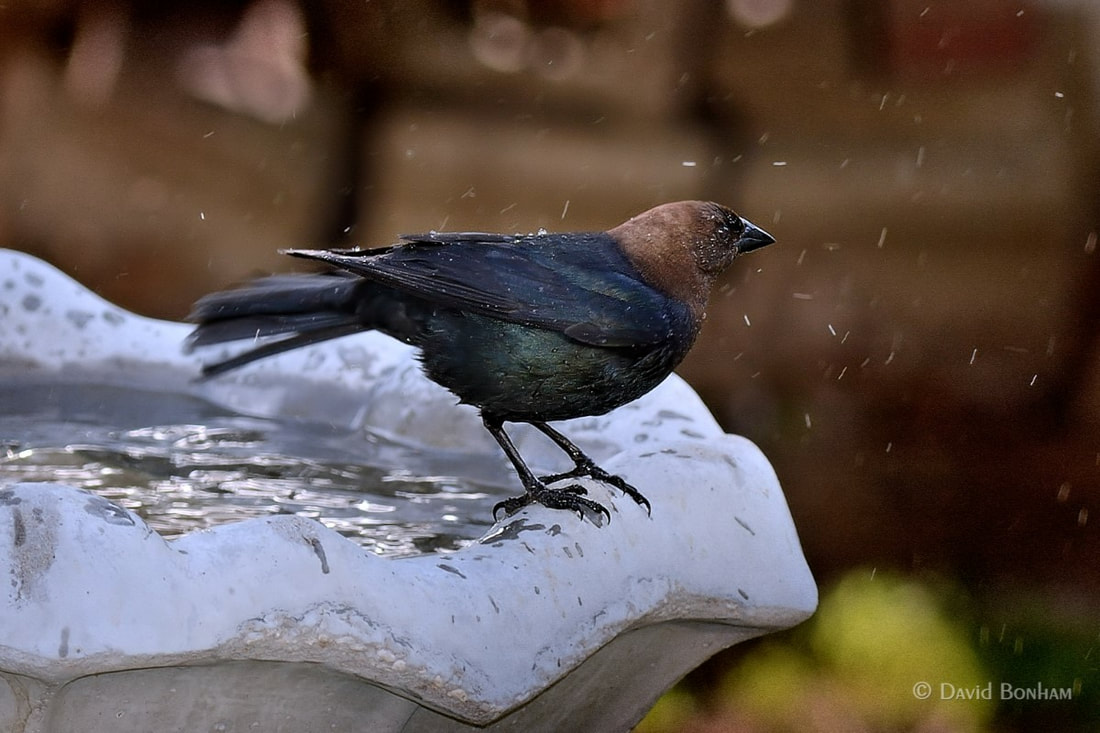 “Bend over, let me see you shake your tail feather … 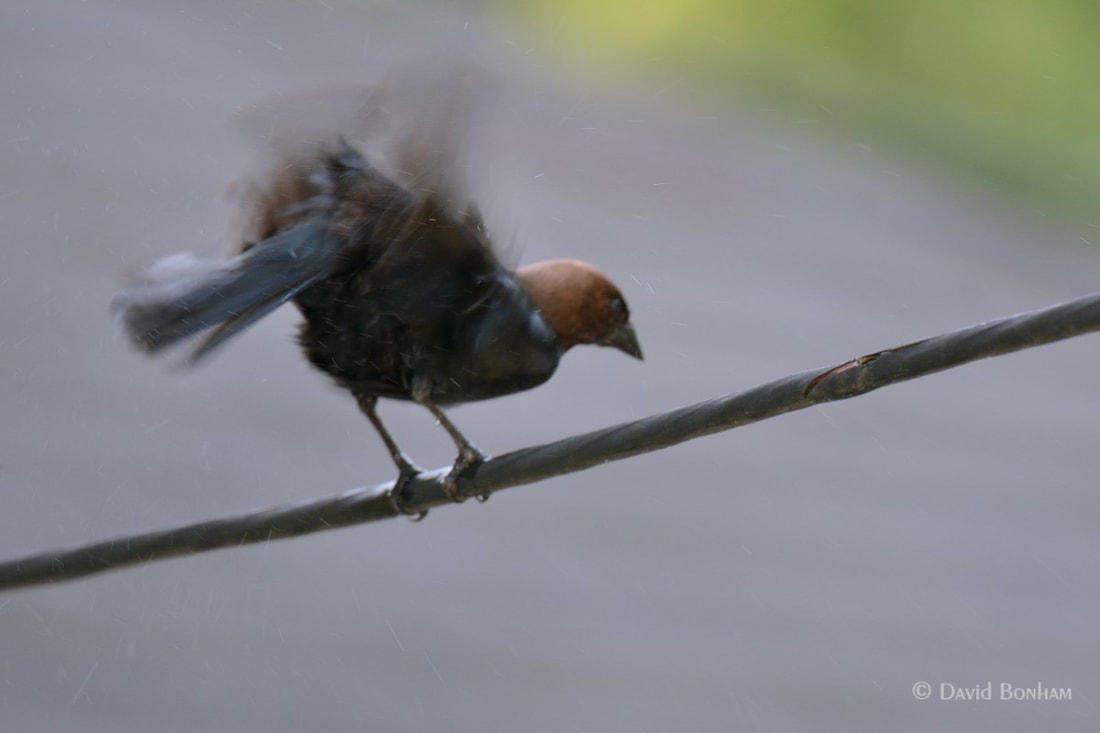 … Come on, let me see you shake your tail feather …” 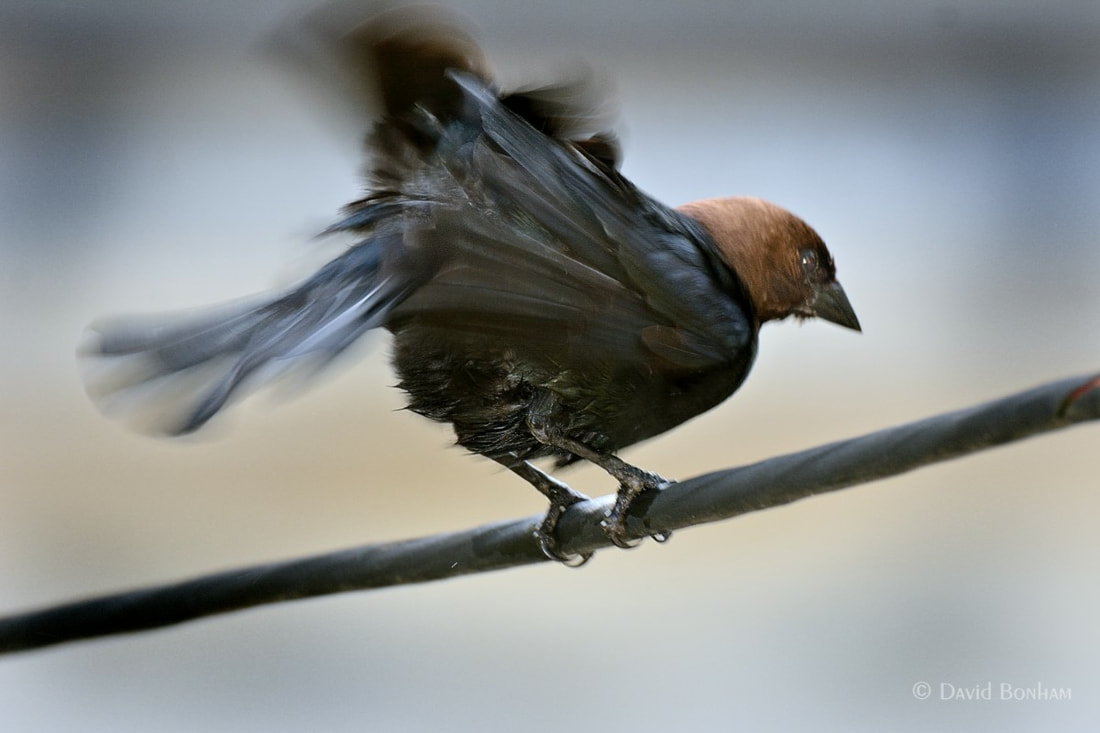 Hope I can still fly out of here after all that shakin’. 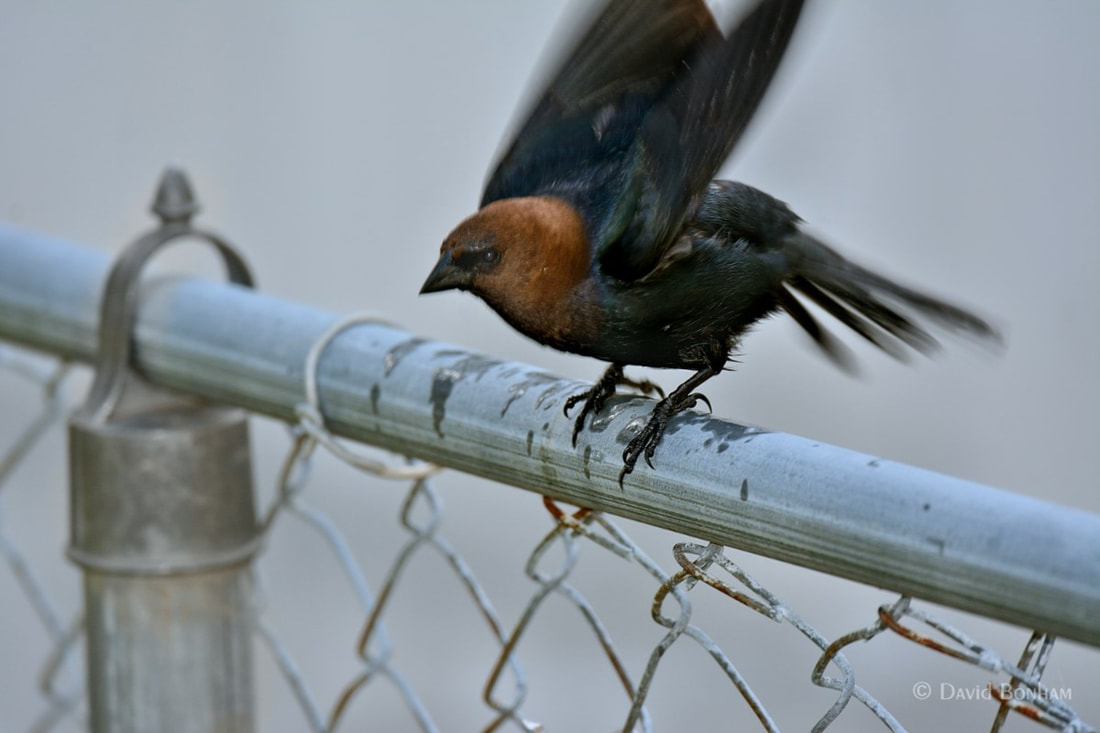 The above lyrics are from an early 1960s song titled Shake Your Tail Feather.  It was originally recorded by The Five Du-Tones, was on the Billboard Hot 100 chart for twelve weeks, and peaked at #51.  It’s been frequently covered by groups such as The Kingsmen, The Monkees, Tommy James and the Shondells, Ike and Tina Turner, and many other well know artists.  It’s a great party song and as such is found on many party song compilation albums/CDs.

Thanks for stopping by and in the words of Wayne and Garth – “Party on!”