With last week’s post I tried to give you a little flavor of what Cherokee Street is like when celebrating Cinco de Mayo.  This post focuses on the neighborhood parade on Utah Street, just one block north of Cherokee and running parallel with it.  As I said in last week’s post it is a relatively small, grass roots parade.  No big corporate floats but a lot of back yard ingenuity and creativity plus people marching in costume, or not, but all having a lot of fun.

There is never a theme for the parade so costumes tend to be eclectic to say the least. 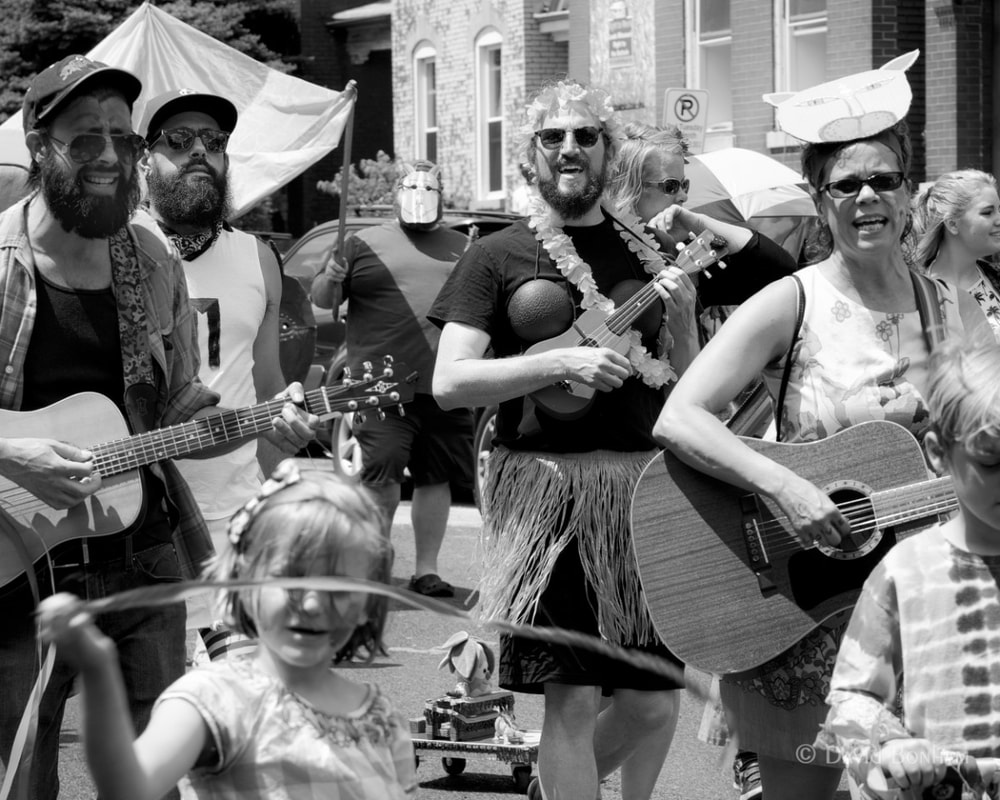 In last week’s post I mentioned spandex.  Well here it is.  Why?!  And just because you can wear it does not mean you should.

See the guy on the left of “Spandex Guy”?  That’s “I Dressed Myself Guy” with his plaid shorts, western style belt, Grateful Dead t-shirt, and snappy plastic hat.   Oh yeah, not to mention his “I couldn’t see so I had to enlarge the eye openings” face mask. 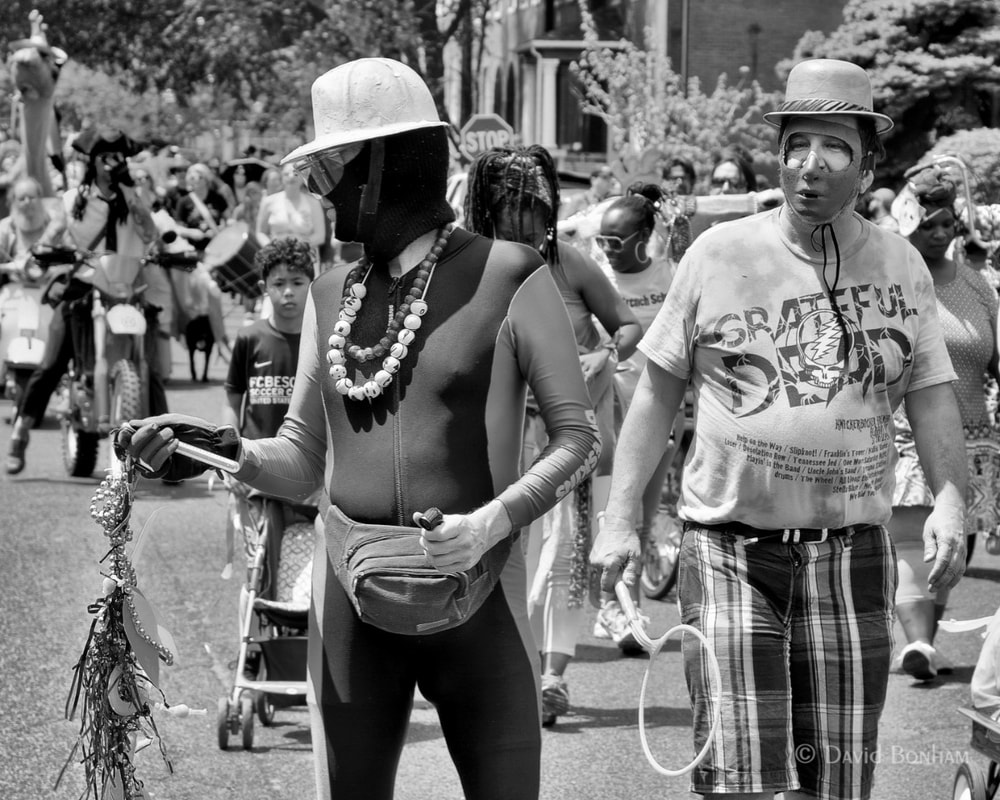 I have no idea what he’s holding – I doubt that he knows either. 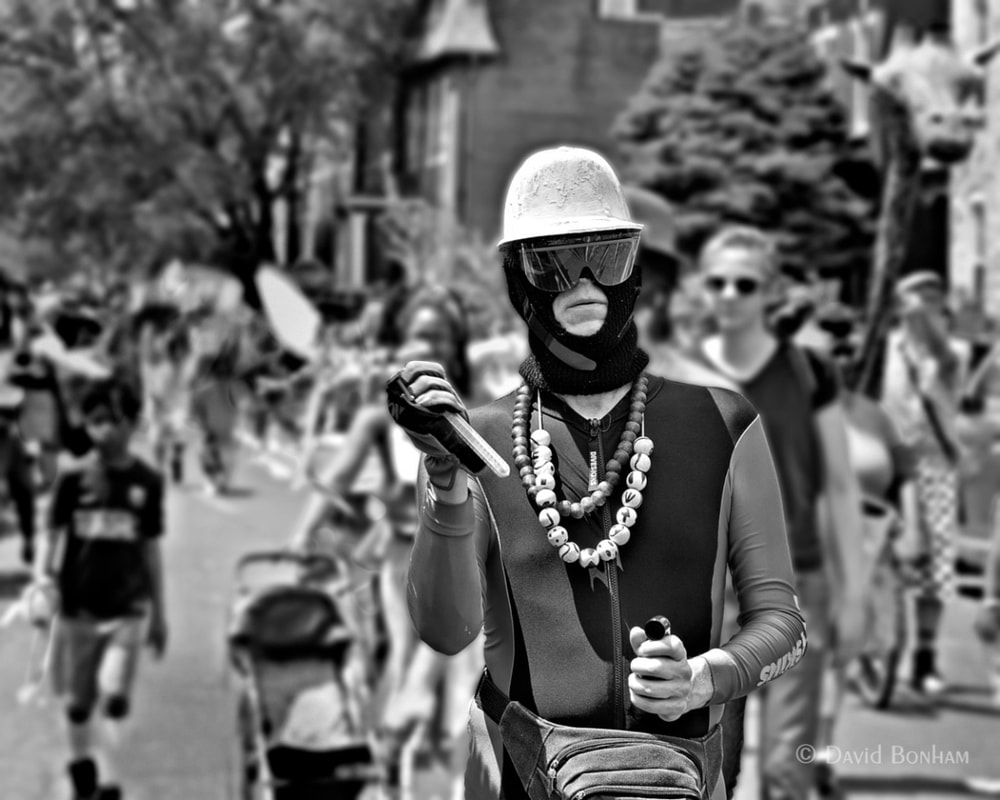 I thought about sending this photo to the FBI because I think that might be Julian Assange behind the left shoulder of “I Dressed Myself Guy”.  Note that “Spandex Guy” still has a good grip on whatever. 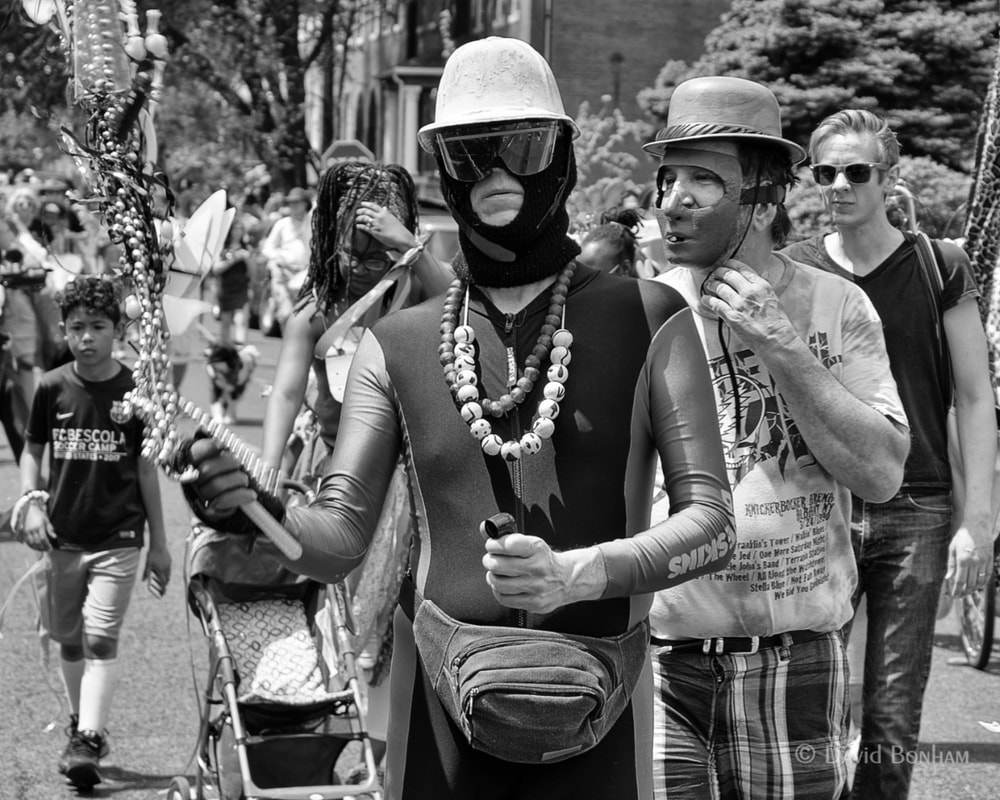 Sometimes I think I might be better off if I didn’t zoom in and crop for a closeup. 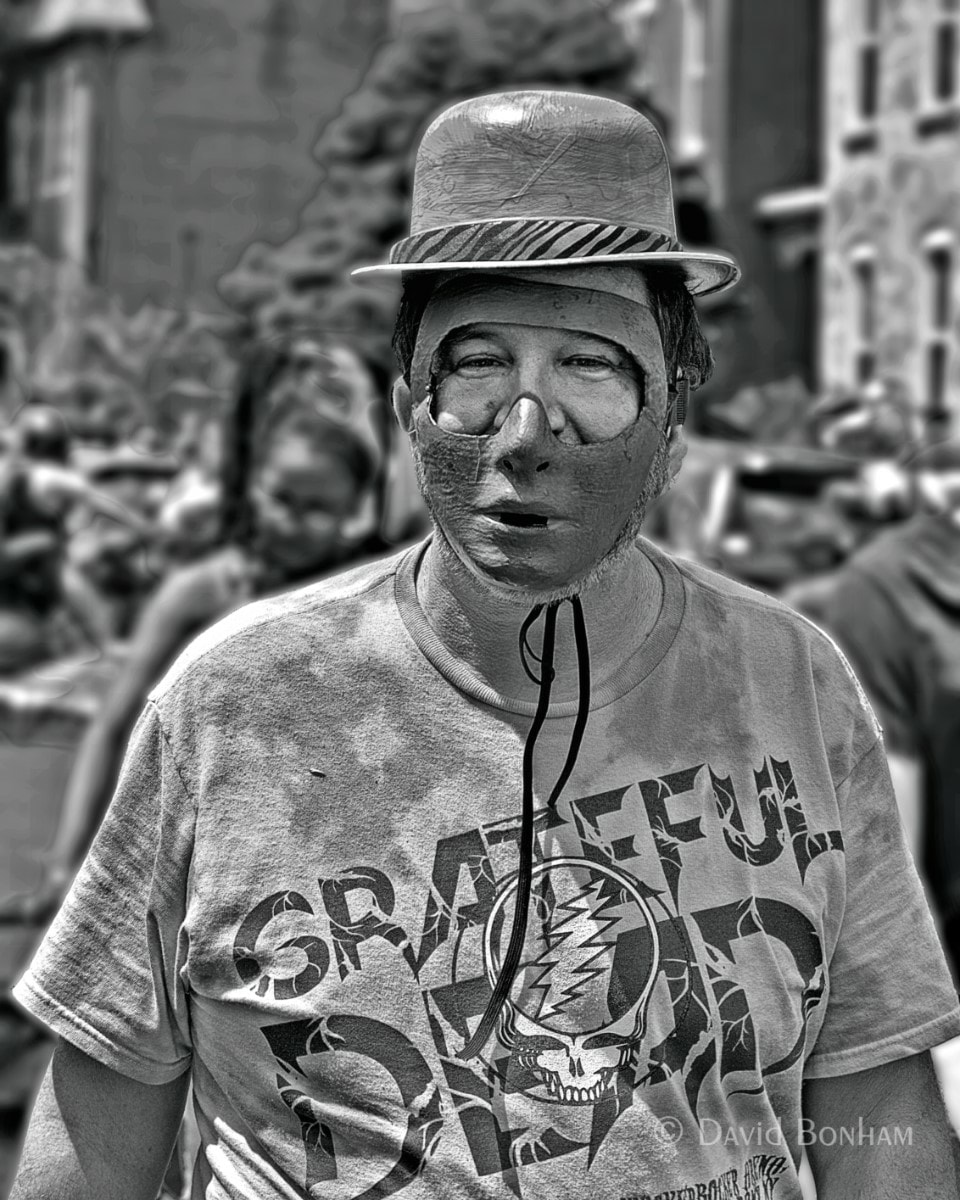 This couple and another couple (shown below) have been in the parade every year I’ve gone.  Their costumes though belong to a completely different holiday and one that, unlike Cinco de Mayo, is celebrated through out much of Mexico and other countries.  Their costumes are associated with the Día de los Muertos holiday which is celebrated on November 1 and 2. 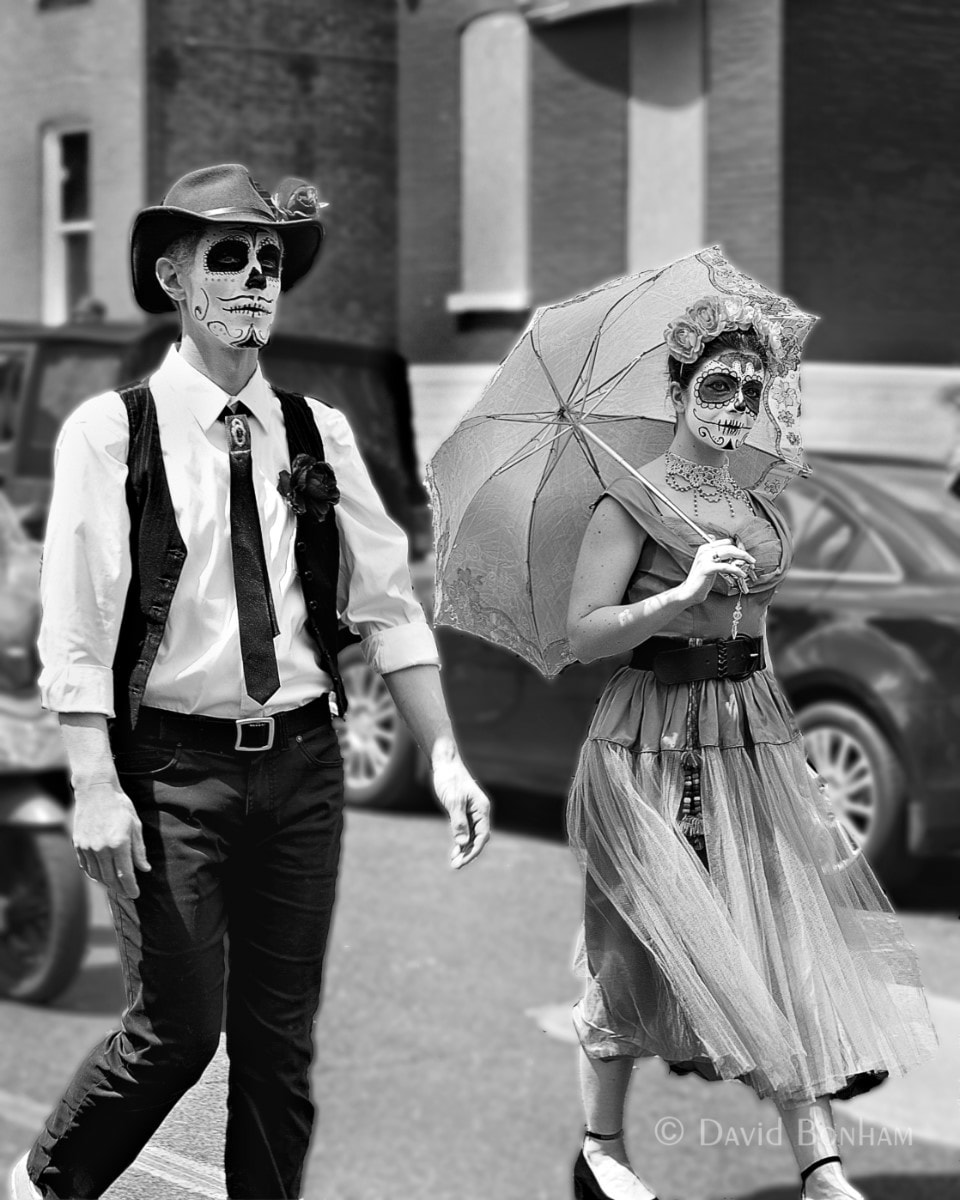 On the right is the other couple who always show up for the parade.  Their costumes are very colorful and elaborate so below this B&W photo I’ve include the color version. 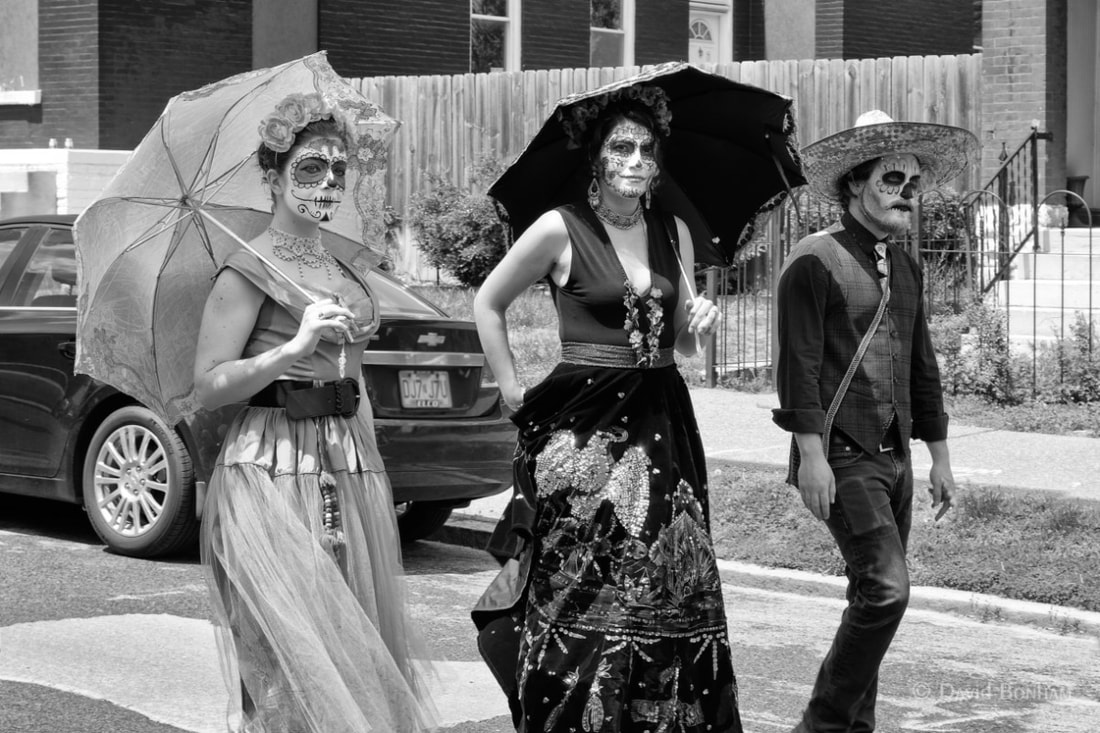 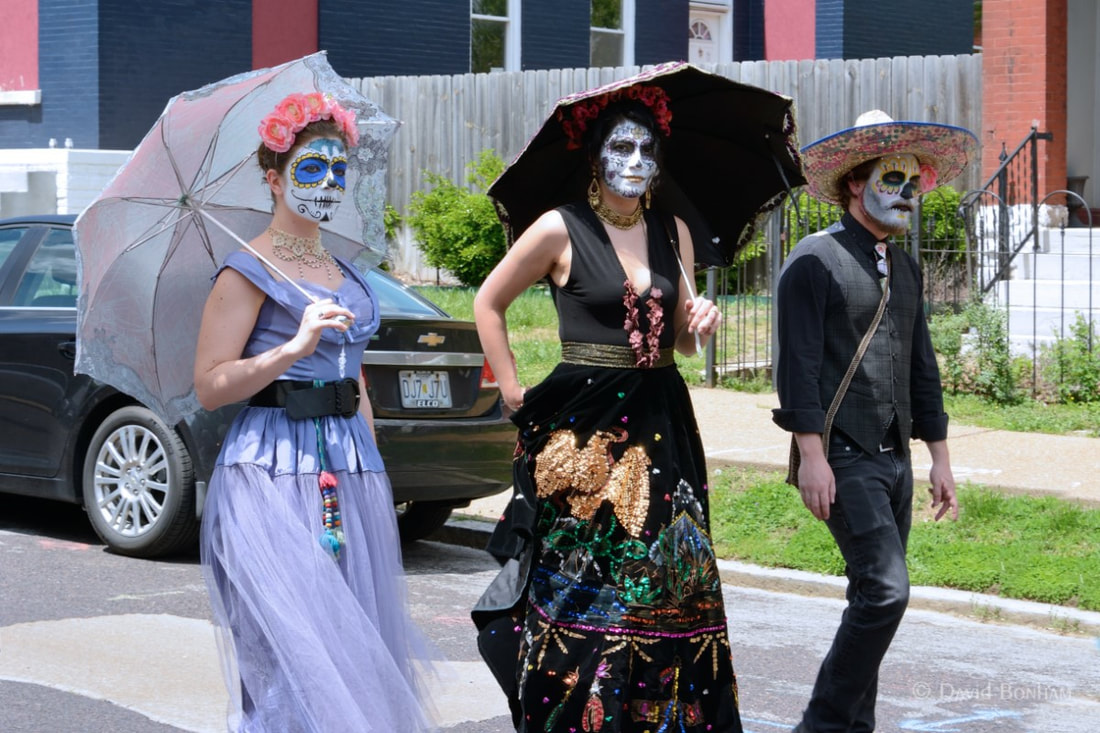 That look on the face of the “Día de los Muertos Lady”:  curiosity, disdain, annoyance … ? 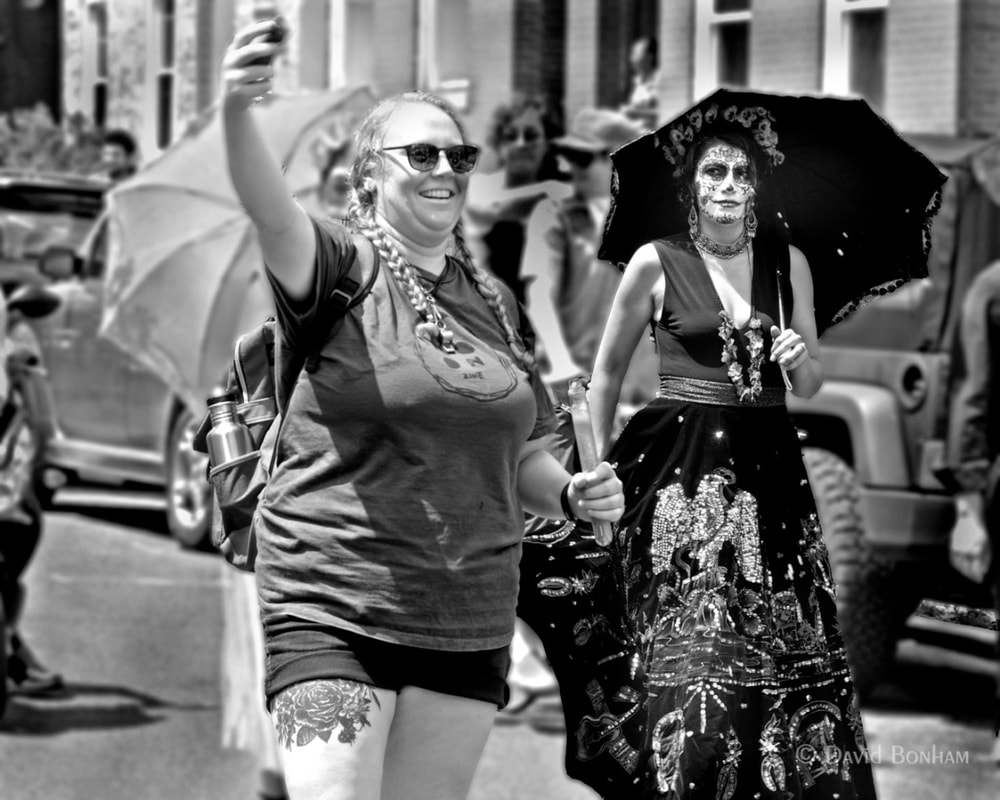 I originally converted all of this photo to black and white but it just didn’t work for me.  It made him stand out more from the background but I lost that mellow color tone with the man.  I left him in color and made everything else black and white plus added some blur to make “Man with the Sax” pop. 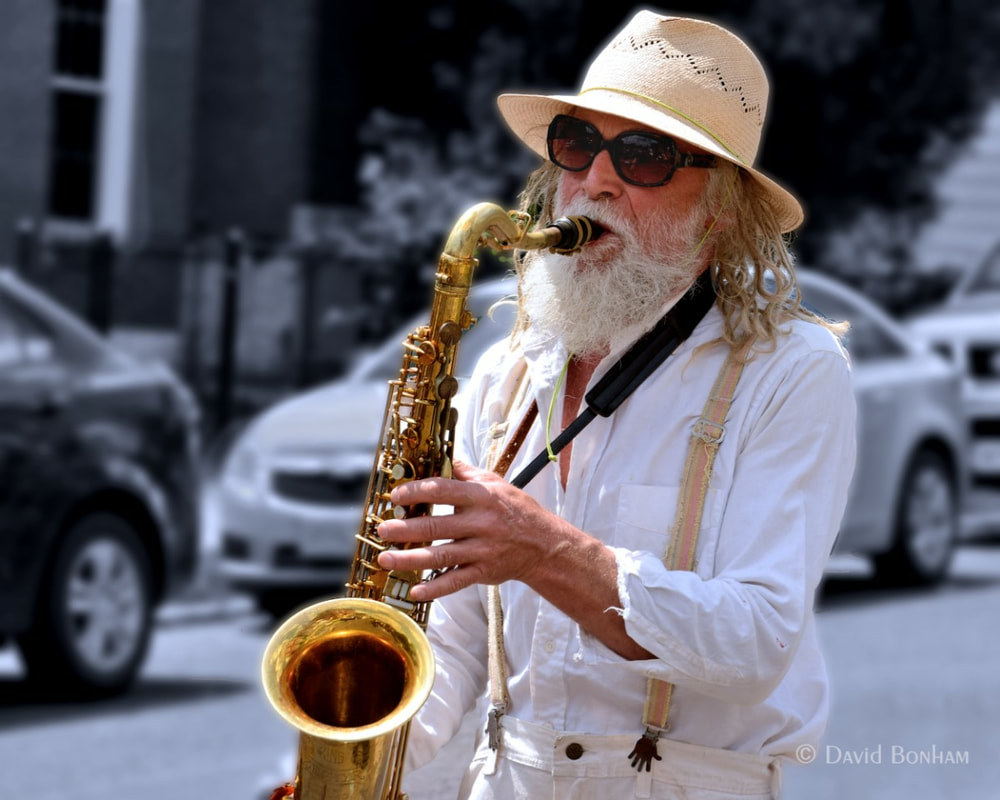 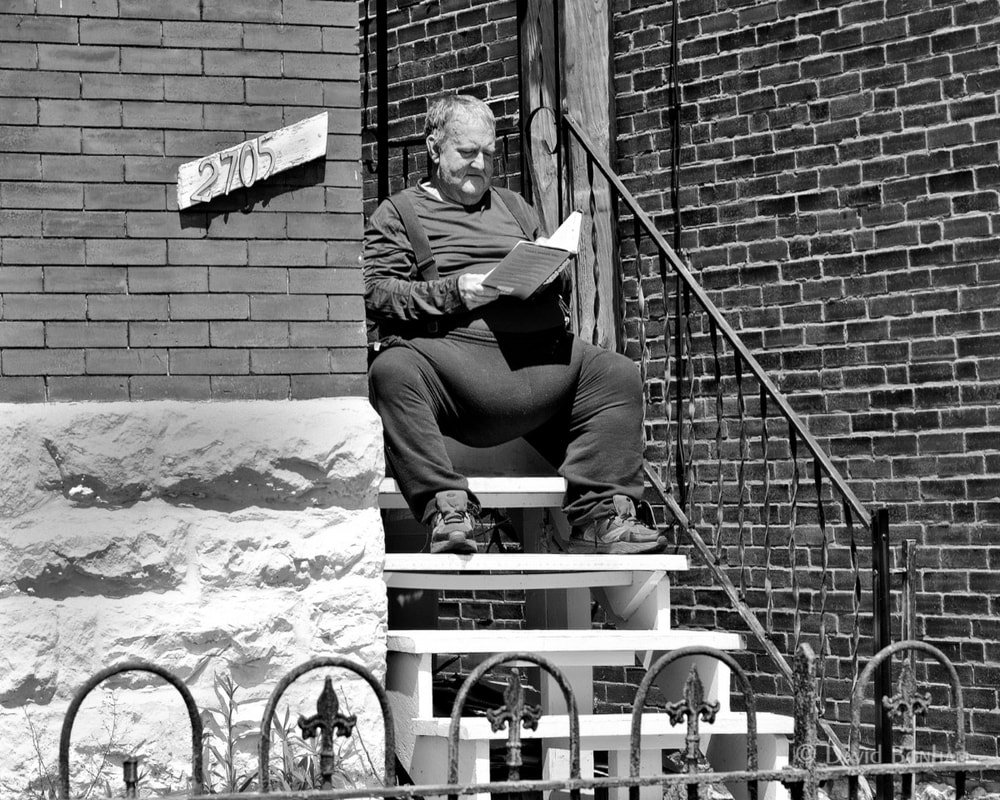 I do appreciate you taking the time to visit my blog and I always welcome your comments.