Two weekends ago Cinco de Mayo was celebrated in the South St. Louis, Cherokee Street neighborhood.  I took photos but these are from last year’s celebration.  It’s a pretty big party day in the St. Louis area (sometimes referred to as Drinko de Mayo) which is kind of surprising given St. Louis has relative small Mexican-American population and Cinco de Mayo is not a major holiday in Mexico.  A friend of mine was in Mexico on May 5th a few years ago and asked one of the staff at the condo complex about the celebration.  The guy told my friend they have a celebration strictly for the American guests.  It is not celebrated by the locals and all business and government offices are open.  Here is some interesting information about the Cinco de Mayo holiday from Wikipedia.

In St. Louis six blocks of Cherokee Street are closed to all but foot traffic.  Both sides of the street are lined with tent/canopy type booths selling food, drinks, and merchandise.  One can travel up the middle of the street or on the sidewalks between the businesses and restaurants behind the booths.  This latter route can be dangerous in some spots with boxes of supplies and trash stacked behind the booths and all sorts of electrical cords coming out of the buildings to the booths.

My favorite part of the celebration in the Cherokee neighbor hood is the parade.  It’s a relatively small grass roots parade.  No big corporate floats but a lot of back yard ingenuity and creativity plus people marching, in costume or not, but all having a lot of fun.  After the parade runs one block north on a street parallel with Cherokee but dumps into Cherokee Street at the end so that Cherokee is so crowded that moving around is basically every man for himself.  Not that people are rude or anything but you do have to be goal driven to get anywhere.

So … this kind of lets you know where you are.  The sign has been there forever and so far there have not been any complaints about demeaning the culture of native Americans by using their likeness on the face of a clock.  I think though it’s just a matter of time. 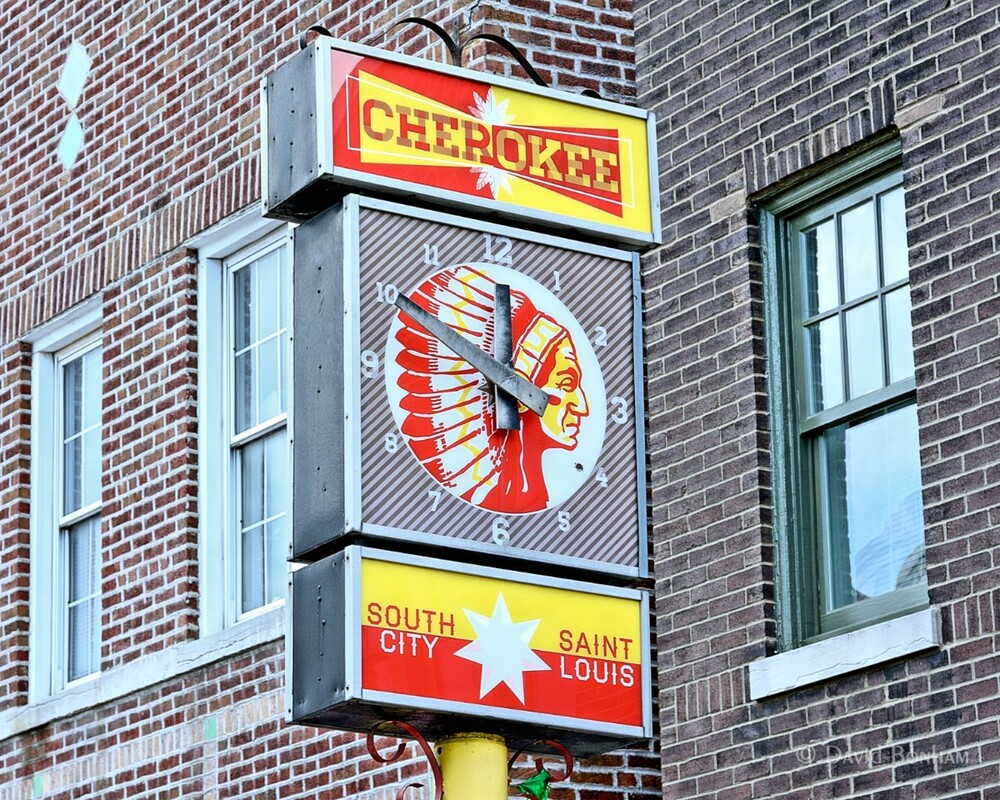 These people have a great view of whats happening on the corner of Ohio Ave and Cherokee St directly below them. 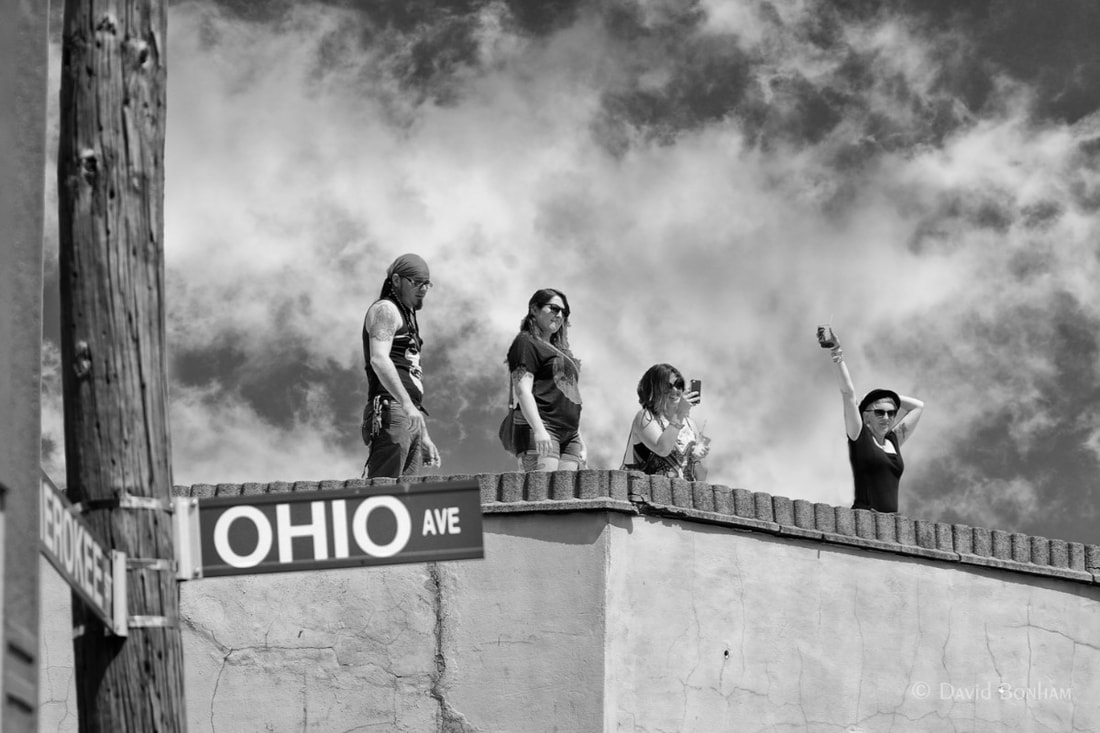 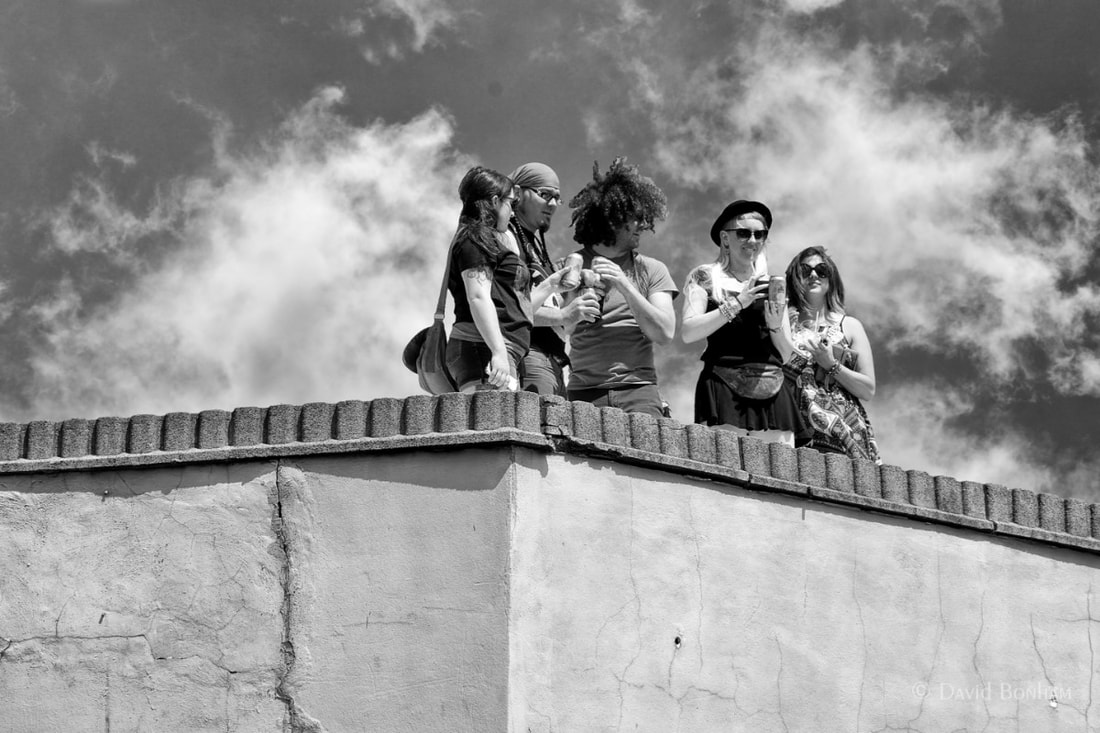 However, if you are actually down on the street you get a closer, more personal feel of what’s happening. 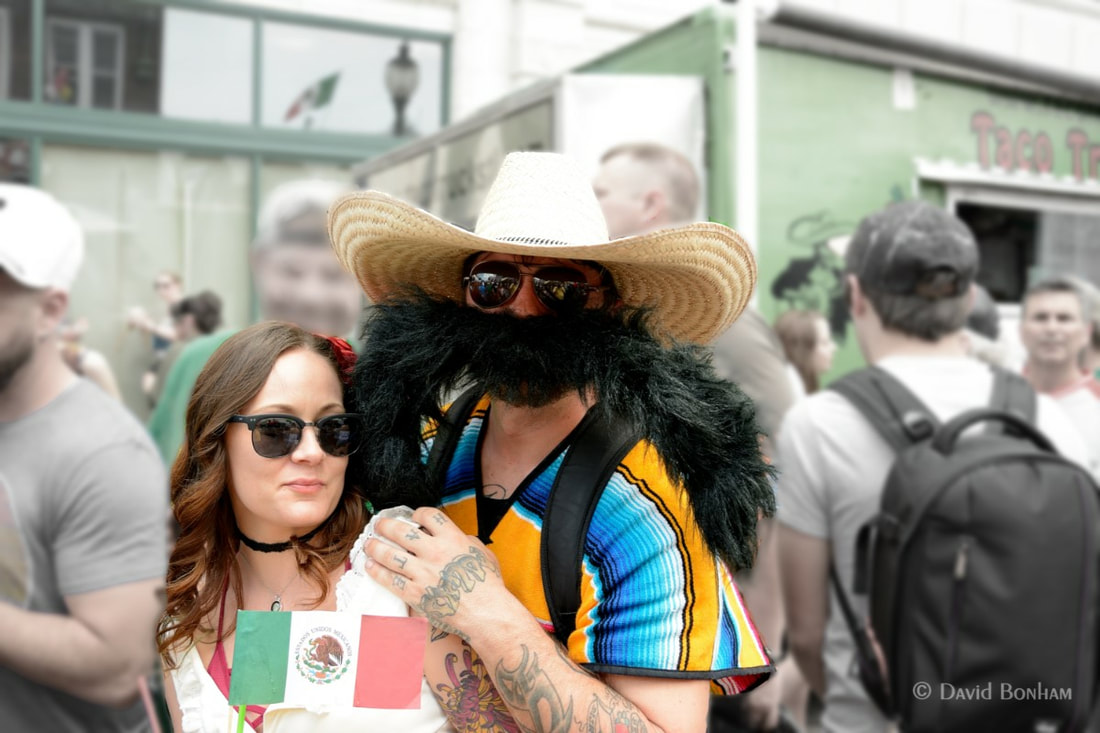 The remaining shots are to give you just a little bit of the feel of Cherokee Street. 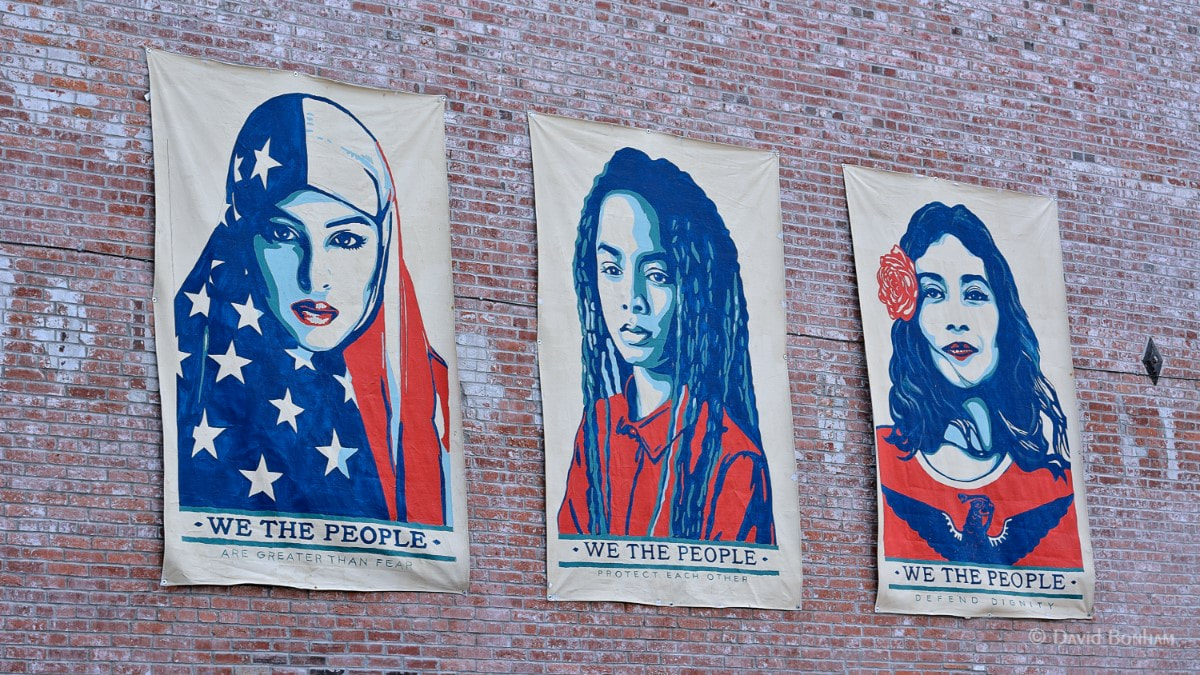 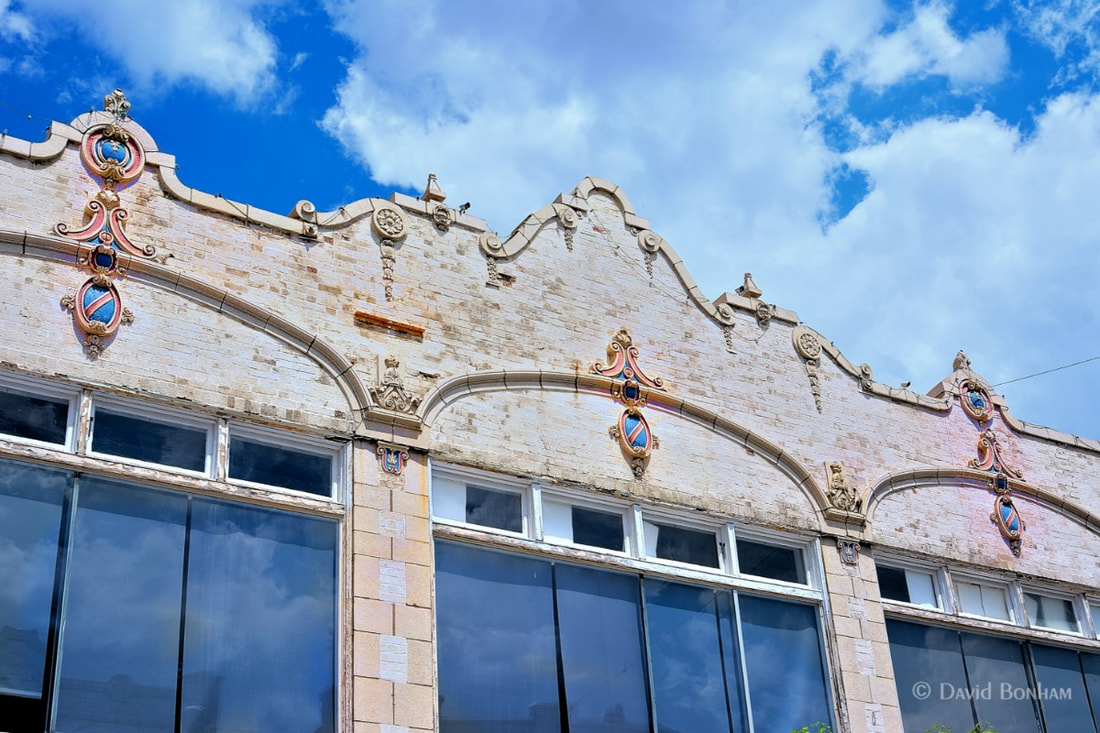 Of course at any festival, fair, or parade there will be protesters of some sort.  The protesters are usually, but no always young and adamant about their cause.  I remember when my generation was young and it was pretty well know for protesting.  Now that generation is the one sitting behind the tables in polling places checking you ID and finding your name on the list of registered voters.  We’re also the ones that have their left turn signal on forever.

I was involved with protesting when I was young but my marching was much more disciplined than your typical anti-war demonstration and May Day march.  I was an Army MP in a unit in San Francisco that specialized in riot control.  California was an interesting place to be in 1969-1970.  On a Friday night, across the bay from the Presidio of San Francisco where I lived, the streets around the University of California, Berkeley were packed with people in their late teens and early twenties making car traffic almost impossible.  The air was full of excitement, but also the odor of patchouli oil and weed. 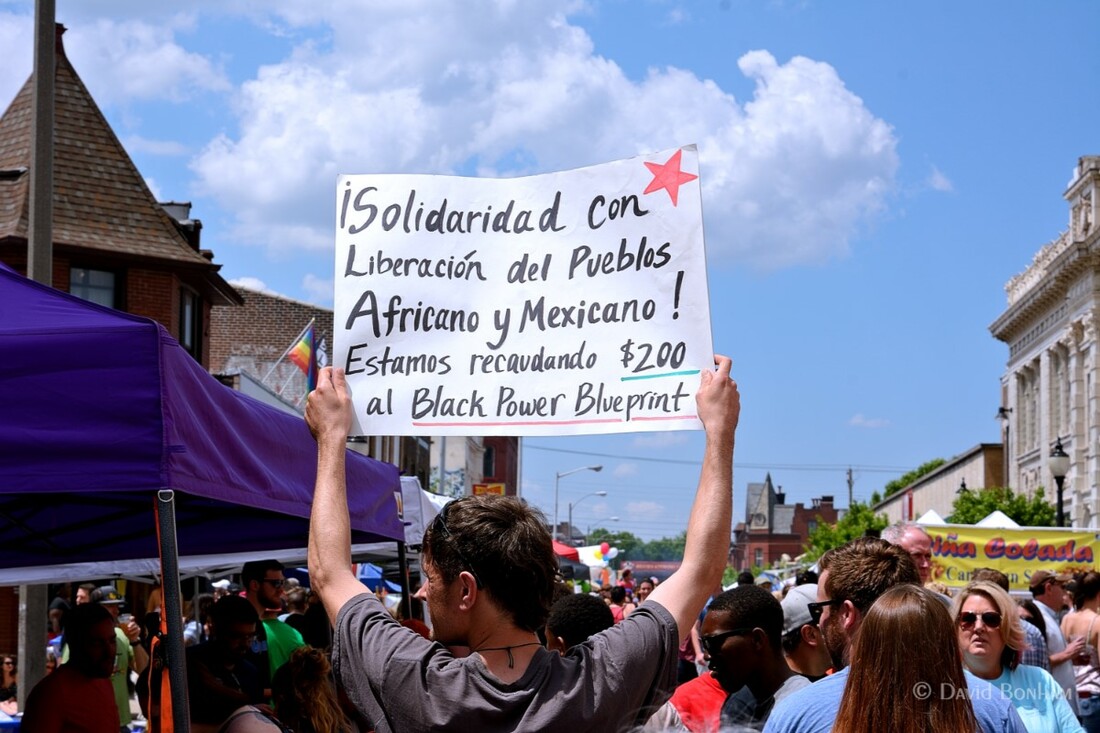 This is a Google translation I did of the above.  It seems that last sentence may have lost something in the translation.  Looking at their web site it appears that the Black Power Blue Print is a community organization working for housing and businesses in the the black community. 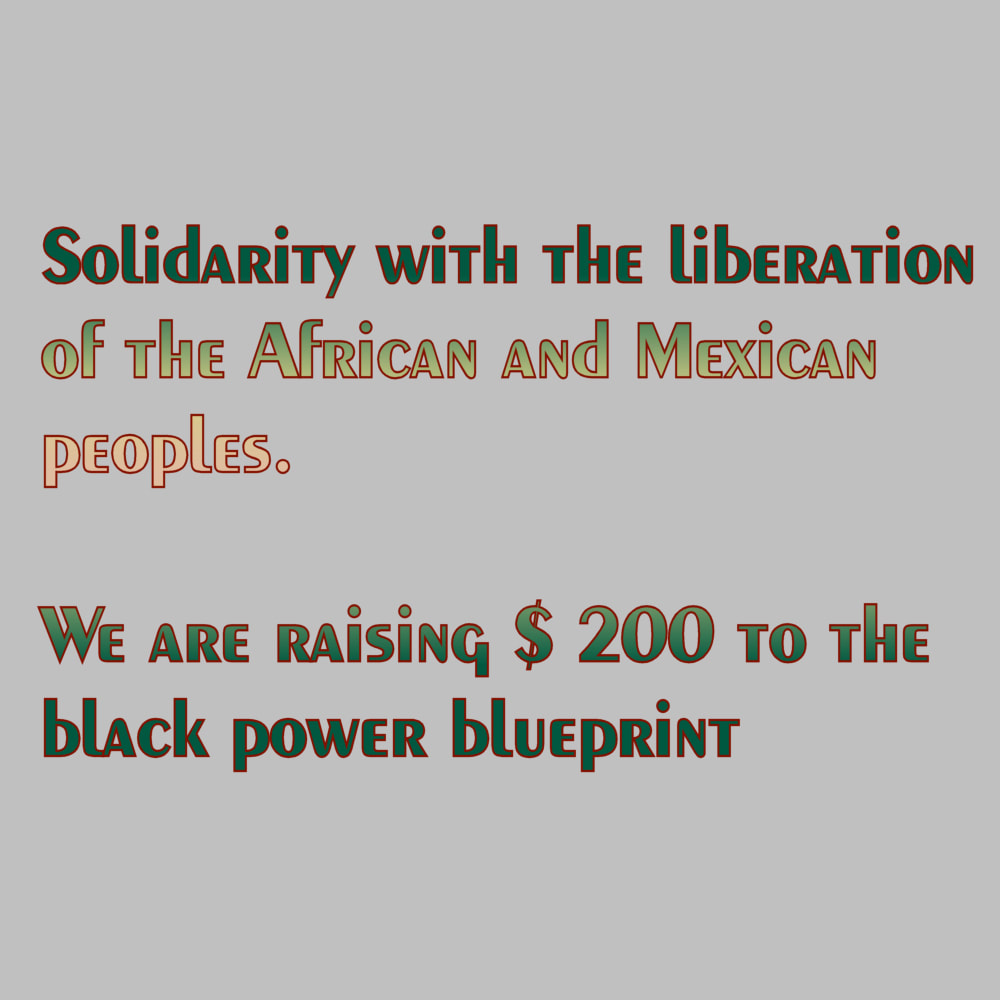 That sheet in the center is not nearly as professional looking as the banner on the left side, but I respect the cleverness of the slogan. 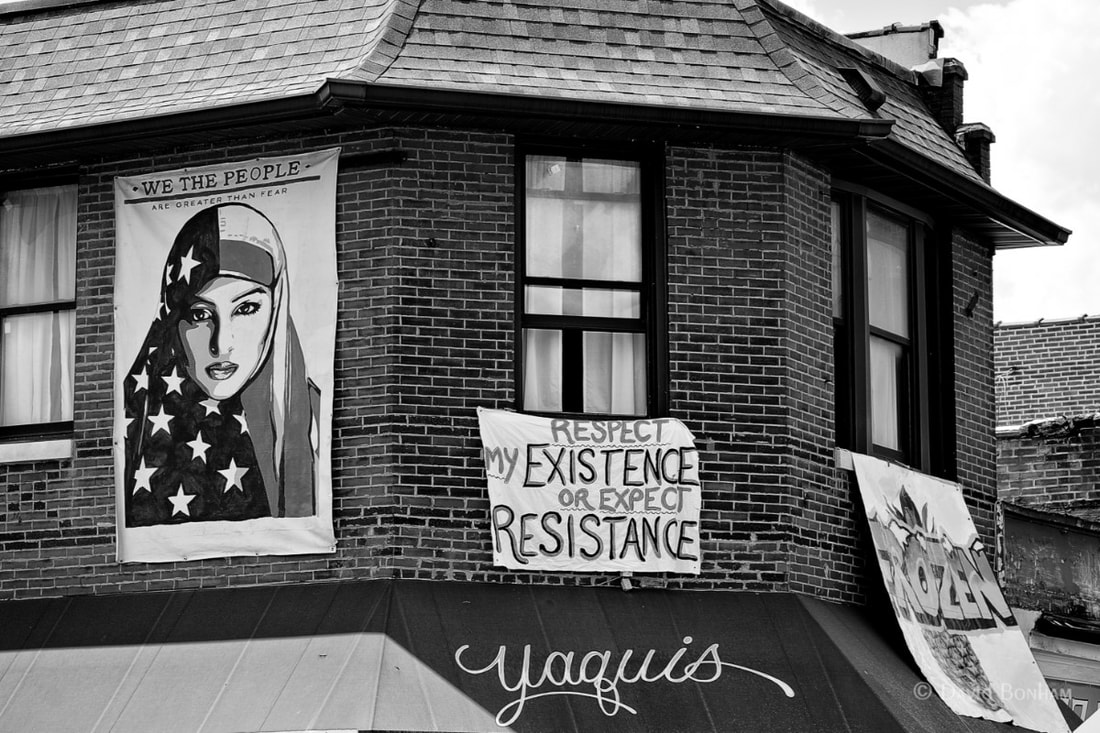 Not all housing in the area looks this bad, but there is quite a bit of it. 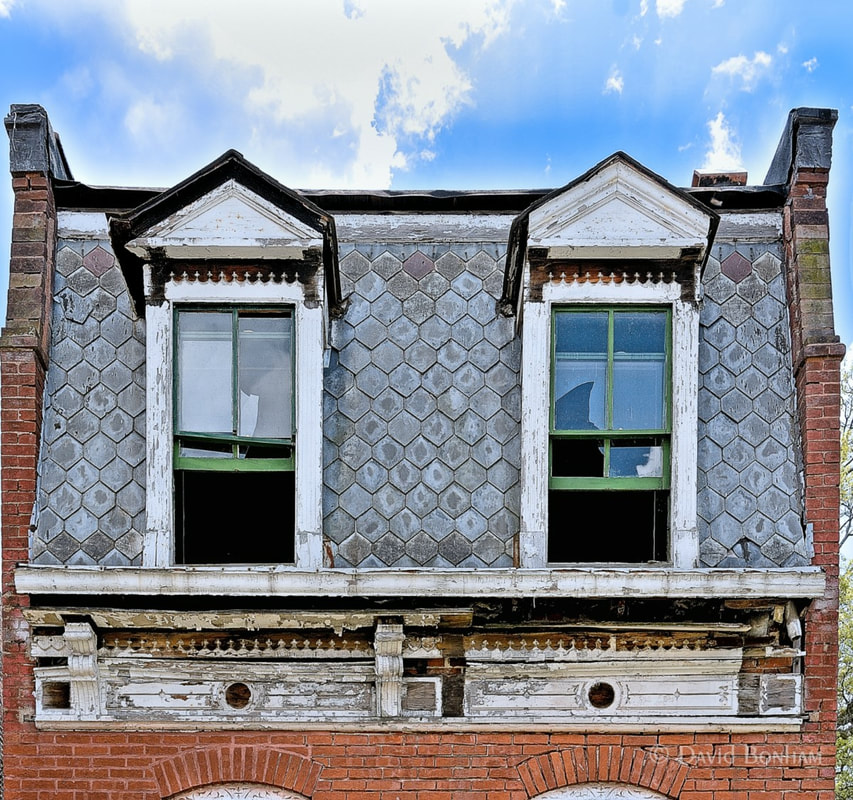 Kind of makes you wander just what type of photography goes on in the Playful Allure building. 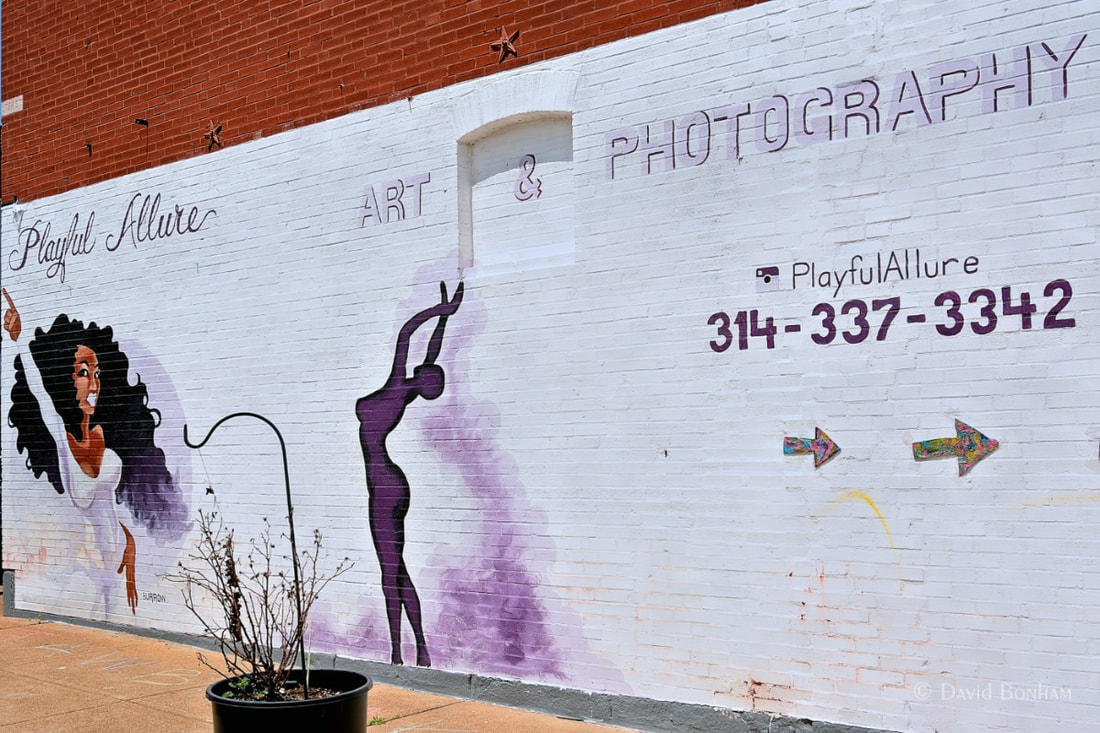 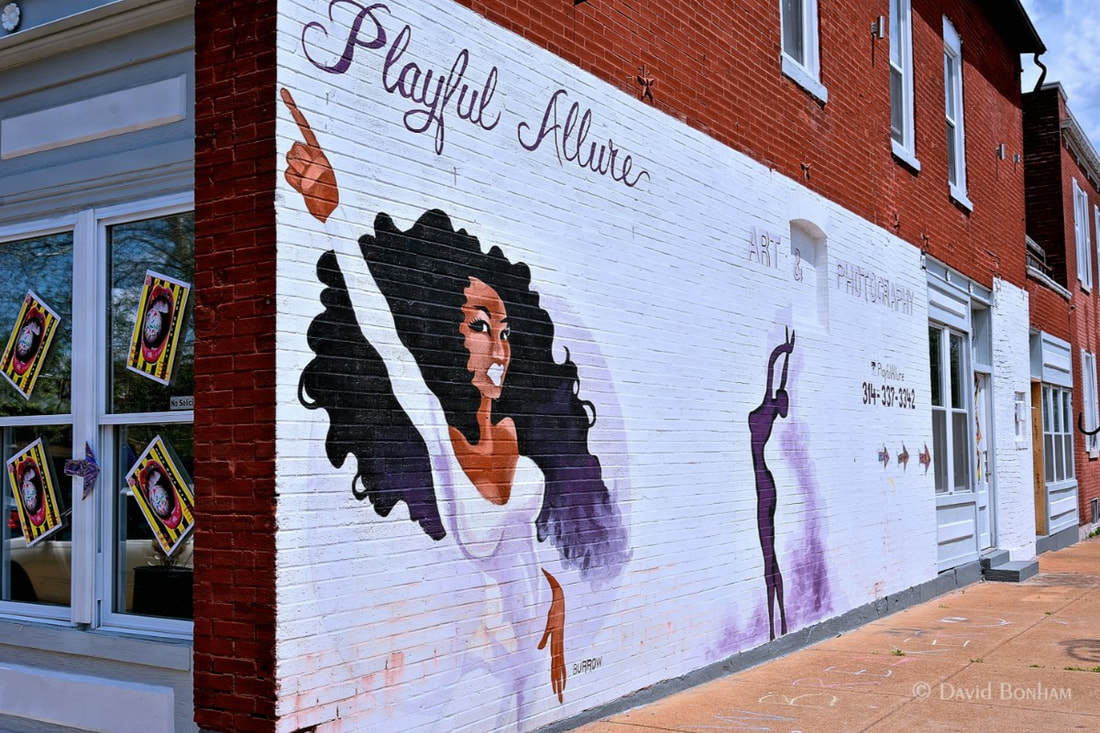 Next week I have photos from the parade that you won’t want to miss.  Spandex – need I say more?