It’s been a little over a month since my last post, a little longer than I had anticipated.  I had planned on resuming again around the end of March or first of April.  That obviously did not happen.  My goal during my time off was to catch up on all my post processing, both my family and friends photos, video clips, and all other processing which, with regard to the latter, includes files for this blog and my personal files.

So what happened.  Most of you probably don’t know this because I think I only mentioned it once a long time ago.  With just a few exceptions my posts are in chronological order (based on the date the photo was taken) but are on a one year lag – approximately.

Shortly after starting my blog I realized (realised for those who prefer the non-North American, English spelling) that I needed to share my photos chronologically otherwise I got all mixed up with what I had or had not already shown.  I briefly tried keeping track with various “shown”/”not shown” file folders but that was just too much work.

So, getting back to my time off to catch up on processing, what I was trying to do was the following:

What these steps don’t show are all the time robbing steps of:  me losing track of where I was when I would get called away for more than 10 minutes, looking for files I accidentally deleted or put in a wrong folder, or re-processing a file because I think I can do it better.

I did pretty good with step one but not perfect; I still could get rid of some if I didn’t have that mutated gene that makes me want to save files that even I know I shouldn’t.  Step 2 is where I really ran into some problems.  About 75% through my files I realized I made a big mistake and would have to redo everything except for two folders that in total had less than 30 files in them.  At this point I said “the heck with it” (actually it was  words expressing a bit stronger emotion) and walked away from everything for a week.

When I came back I switched my batch processing from a really nice program to the tools in my editing software (PaintShop Pro).  It just makes for a better work flow using just one program.  I printed a screen print of my 15 plus folders and added columns to it to identify and kept track of where I was in the process for each folder.  It’s amazing how being organized can so nicely compliment the work and time savings of batch processing.

So I finished my photo processing redo and now here I am.  This first post is of photos taken six days apart on days that were both unseasonably warm for February.  (Basically a couple of January thaws in February.)   My wife and I decided to shake off some cabin fever and get out of the house and take the two grandkids to the Missouri Botanical Gardens one day and the St. Louis Zoo about a week later during the second thaw.

Being February there were no flowers to photograph outside so I settled for ducks.  There’s a small cove tucked away in the southeast corner of the lake in the Japanese garden where the ducks and koi fish like to hang out (mainly because there are feed dispensers there at the bridge that crosses the mouth of the cove).  I found one male mallard duck swimming, another on ice near the edge of the cove, and a female on the ice.  And that was it for my February outing at the Missouri Botanical Garden. 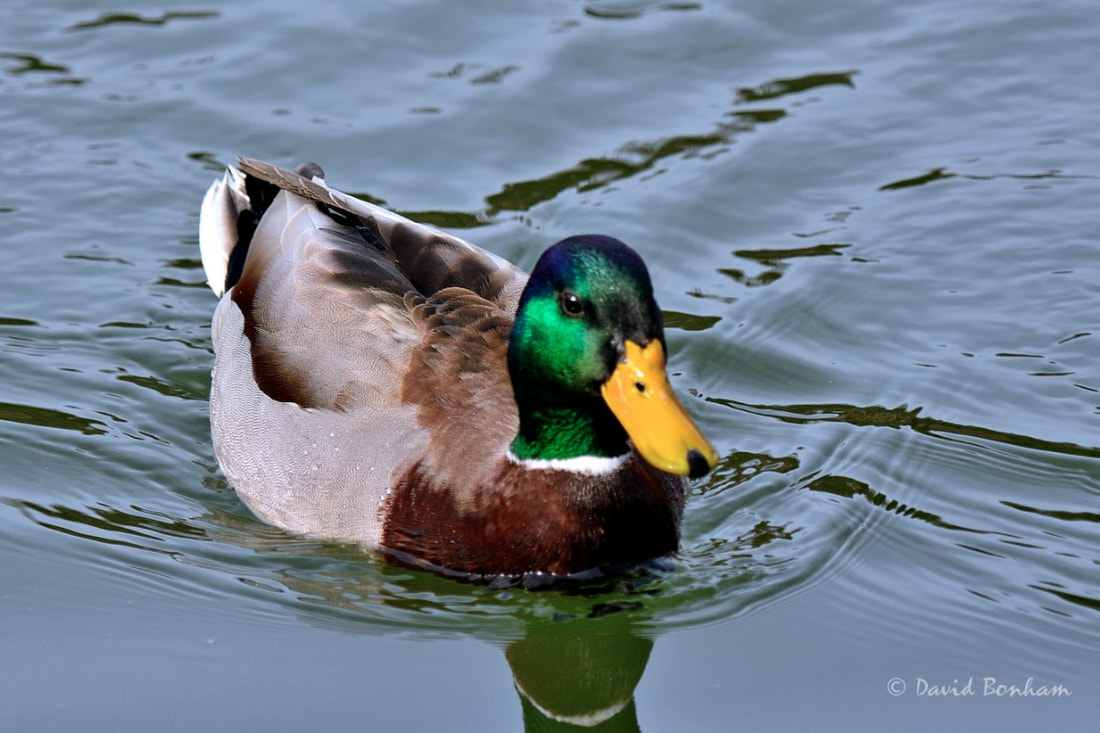 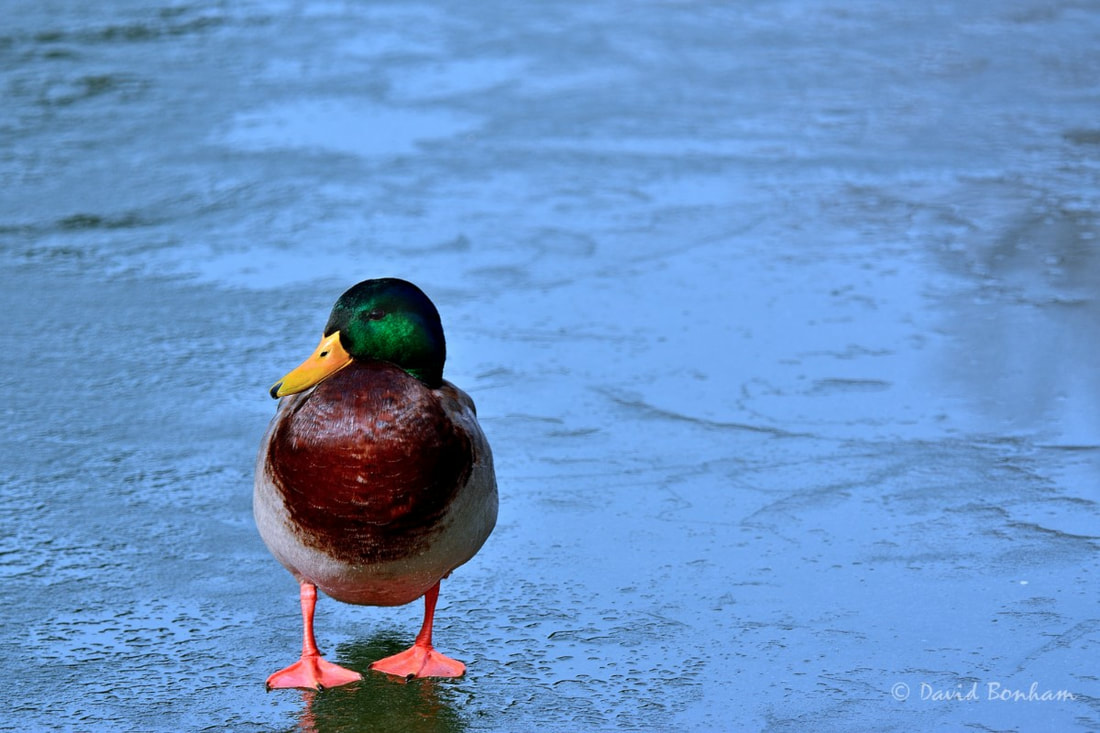 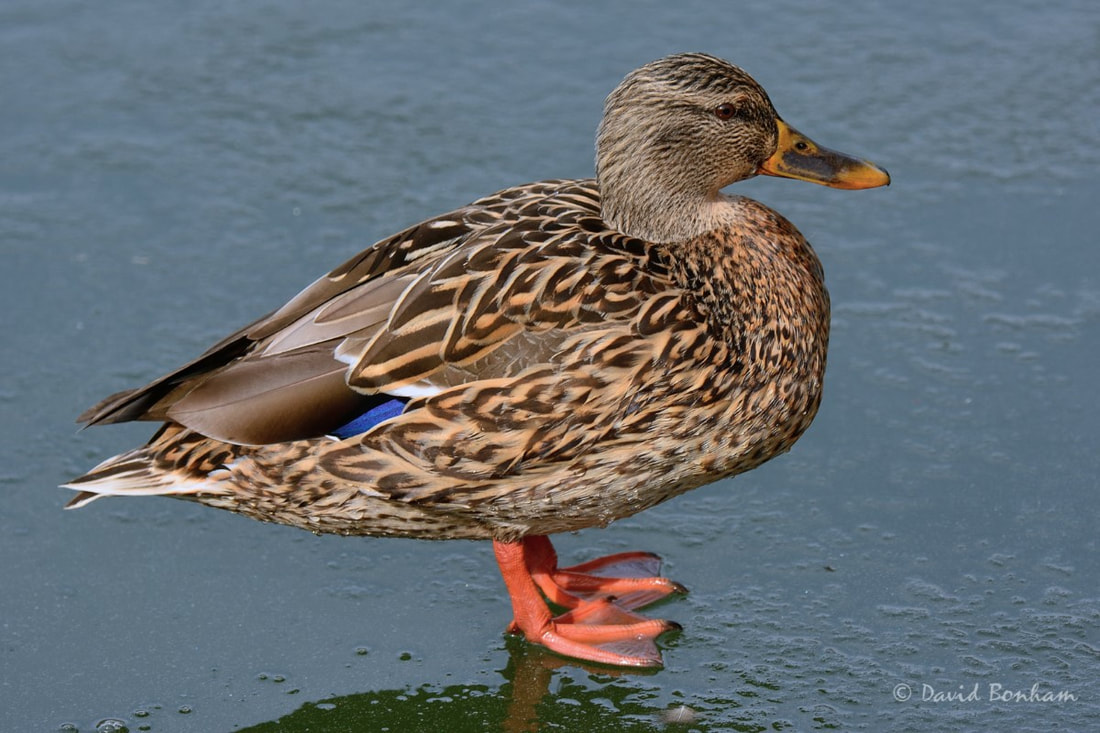 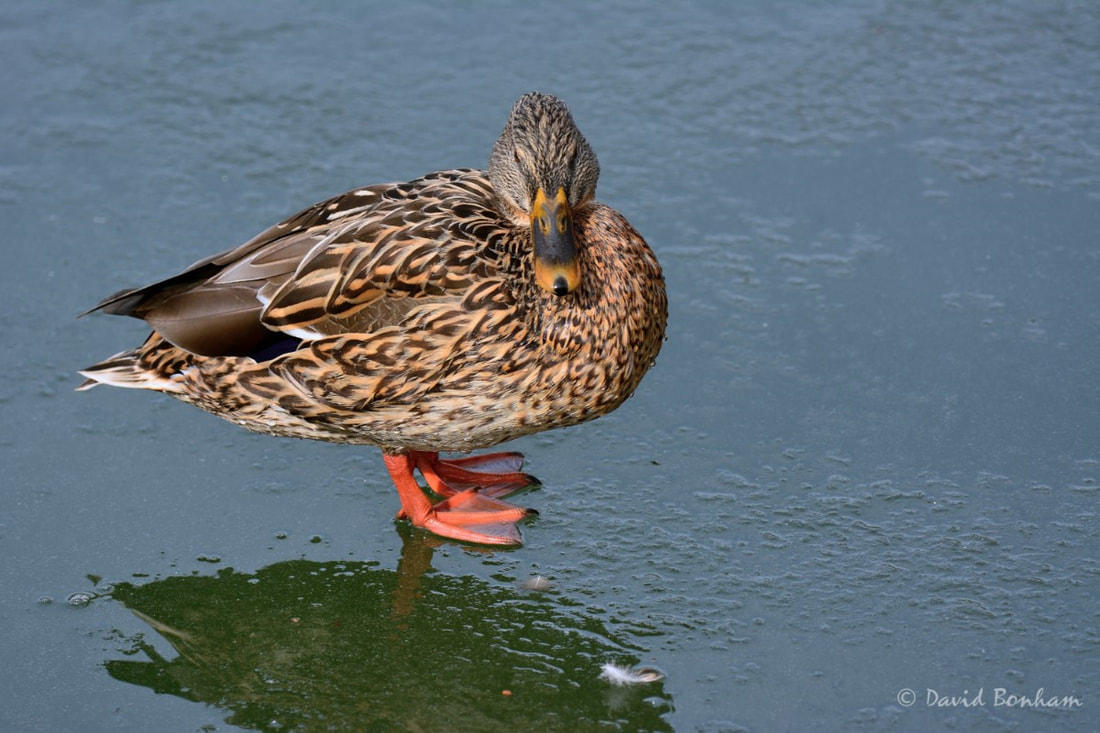 Like I said, about a week later we had a chance for some more cabin fever release and took the kids to the St. Louis Zoo.  These first two photos are of a Chinese goral.  He or she is pretty cute so feel free to let loose with an aaaww or two. 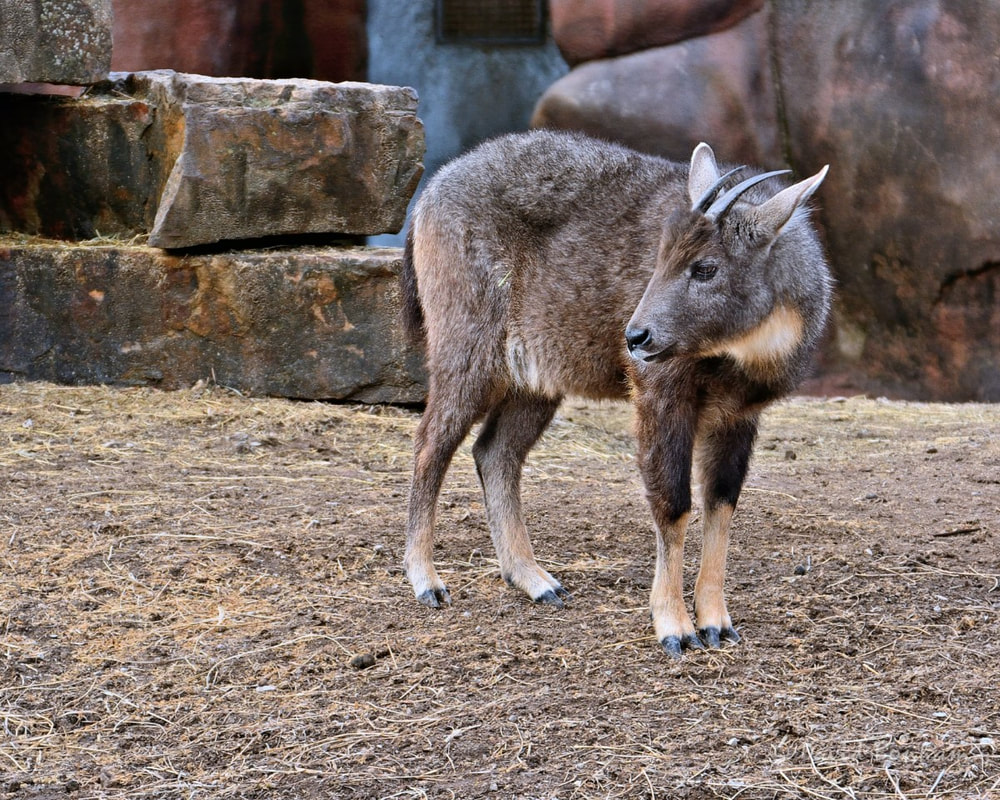 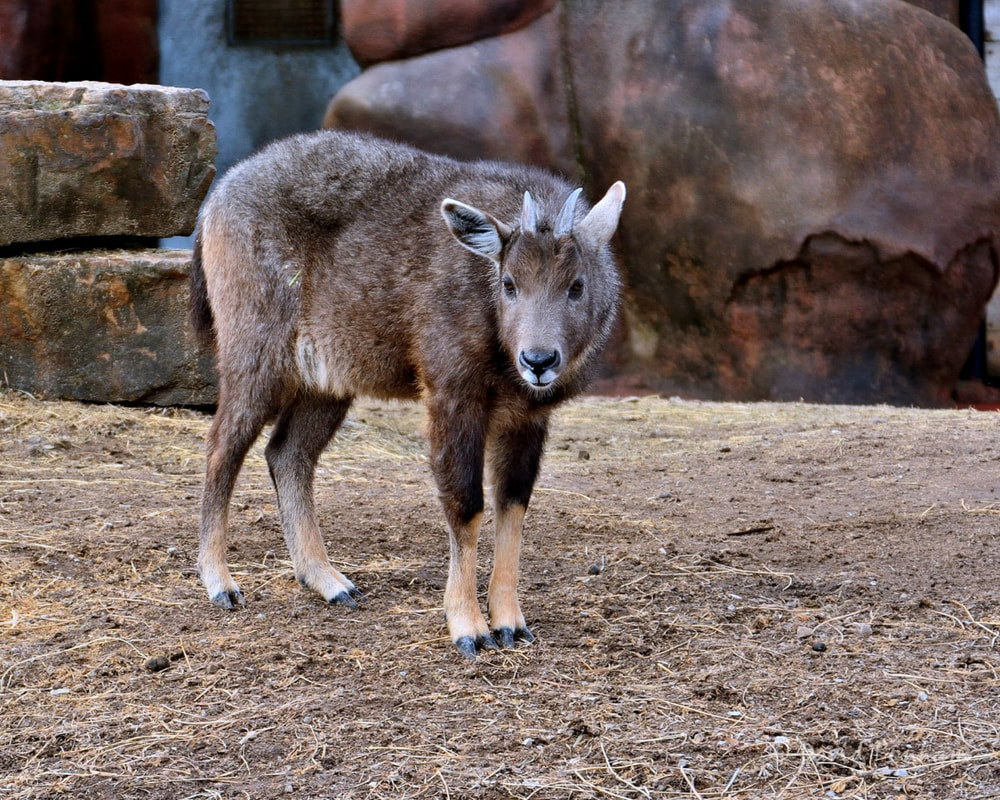 Canada geese coming in for a landing at the zoo’s main lake.  The circled behind some trees to land so I didn’t get any photos of that. 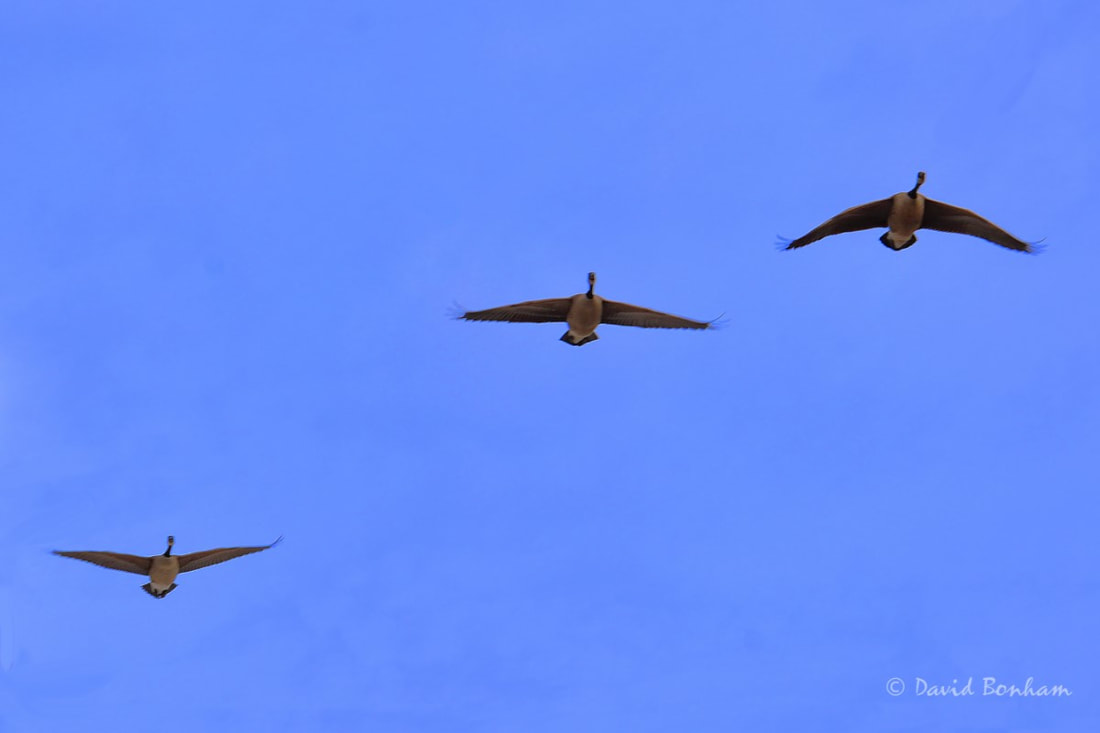 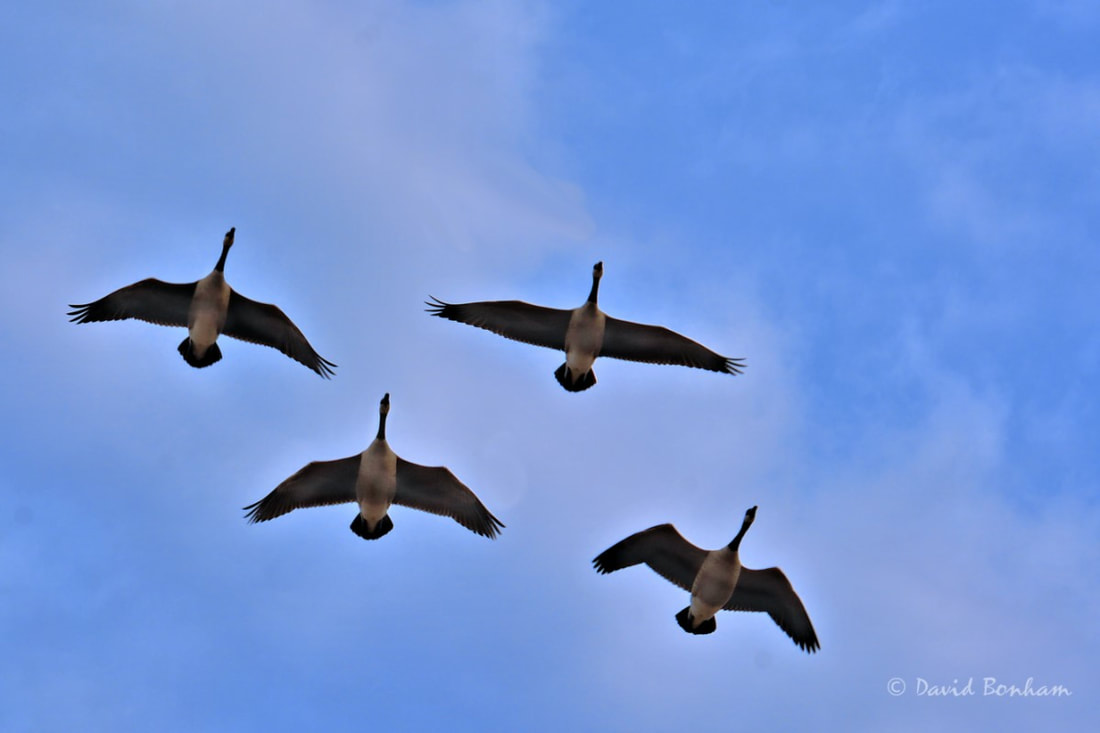 I just love the natural grace shown by the animals in these next three photos. 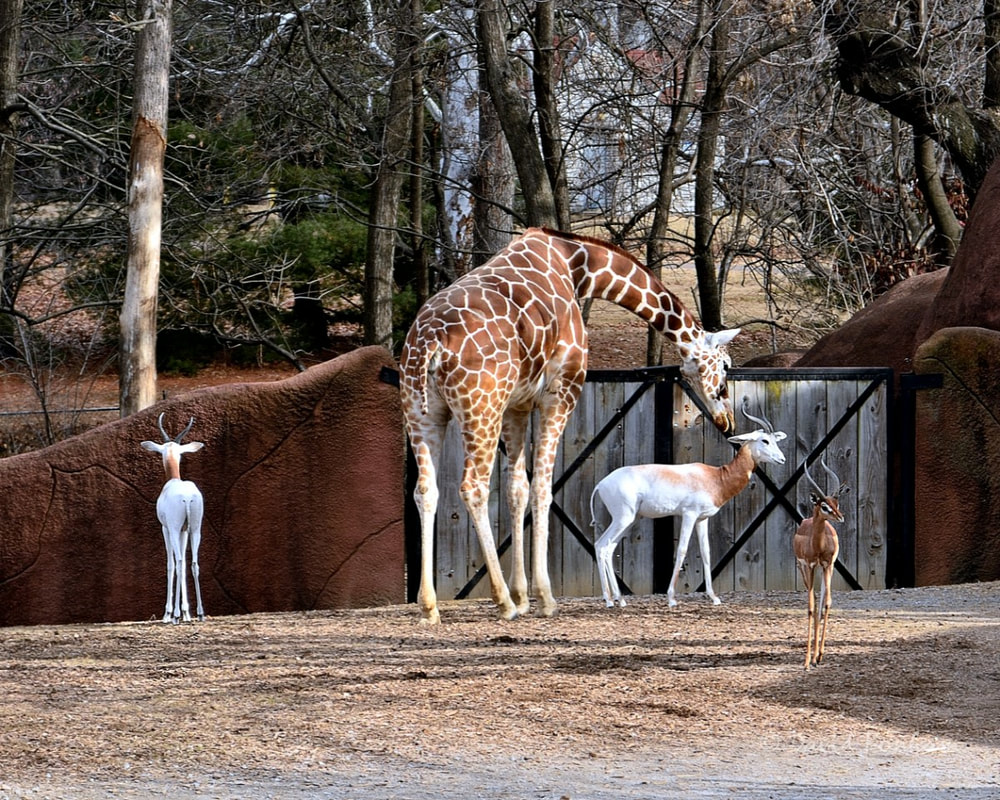 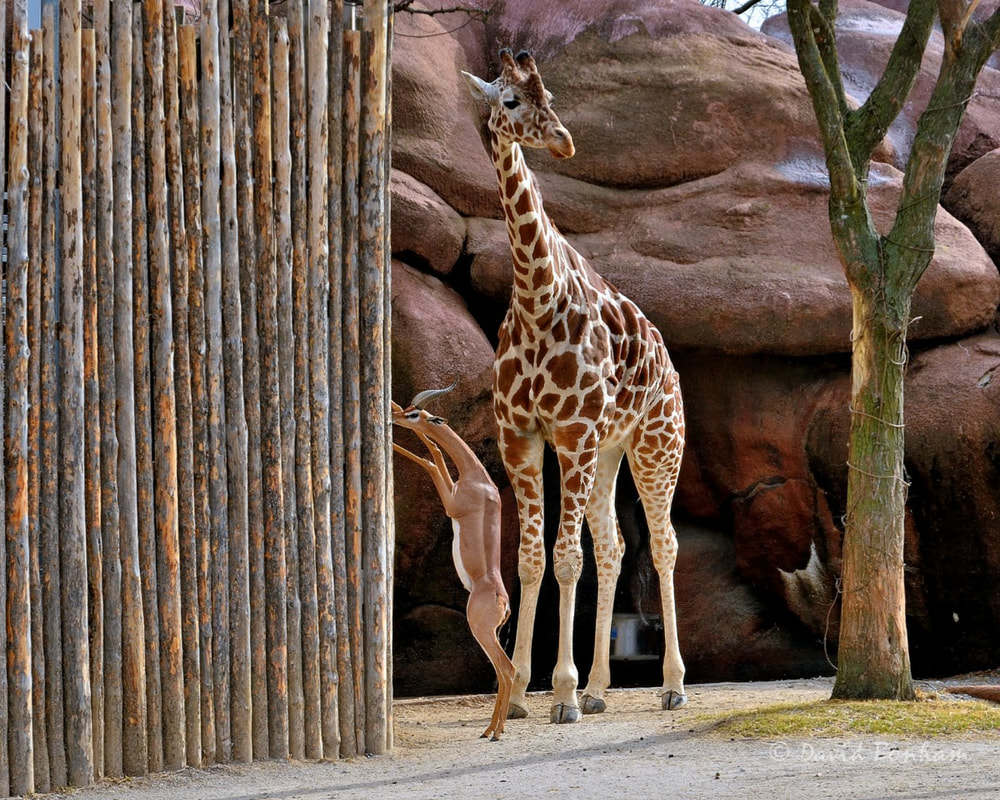 Stretch is trying to eat some of the forbidden leaves from a bush high in the rocks while Tiny keys an eye out for tho zoo keeper? 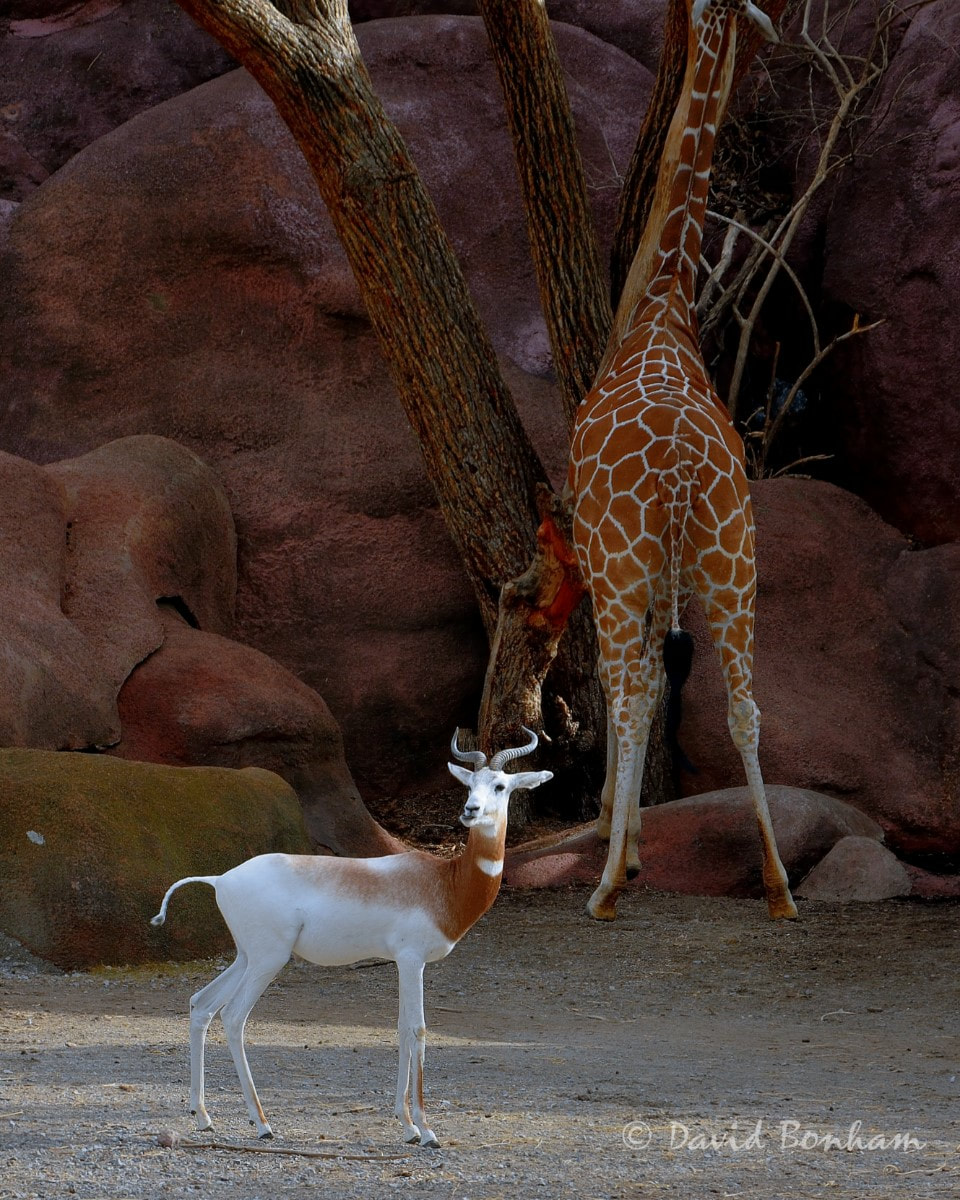 Mama on the lookout while papa sleeps. 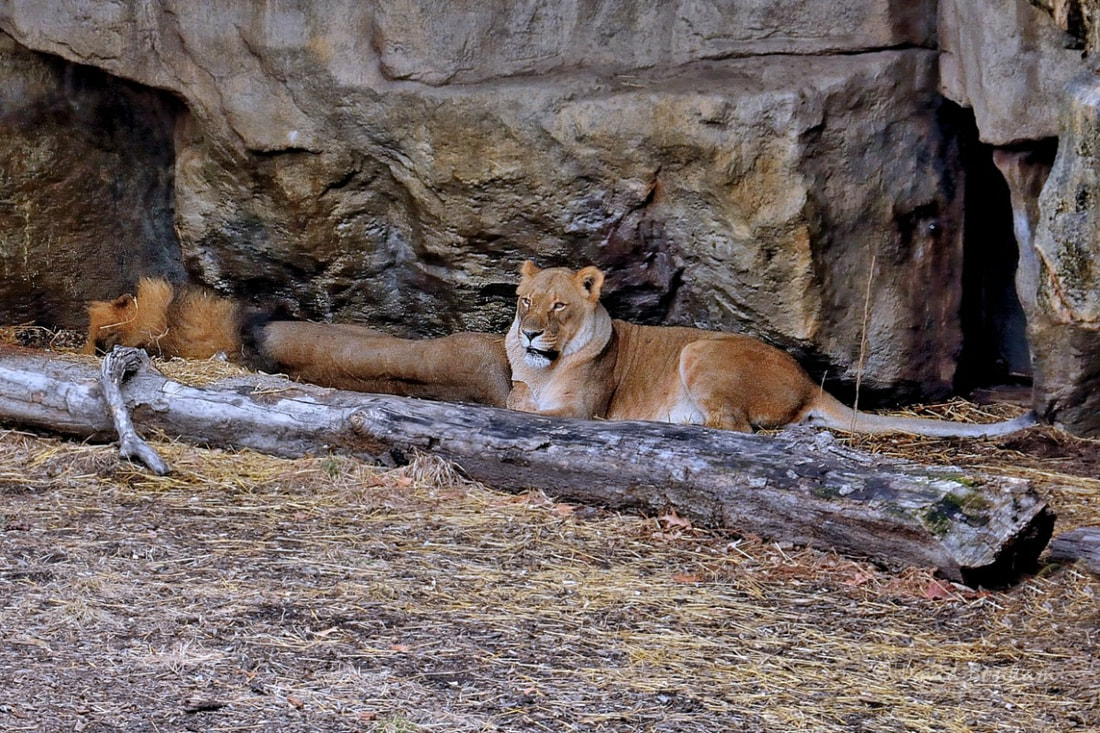 Penguin still wearing his club admittance bracelet from the night before? 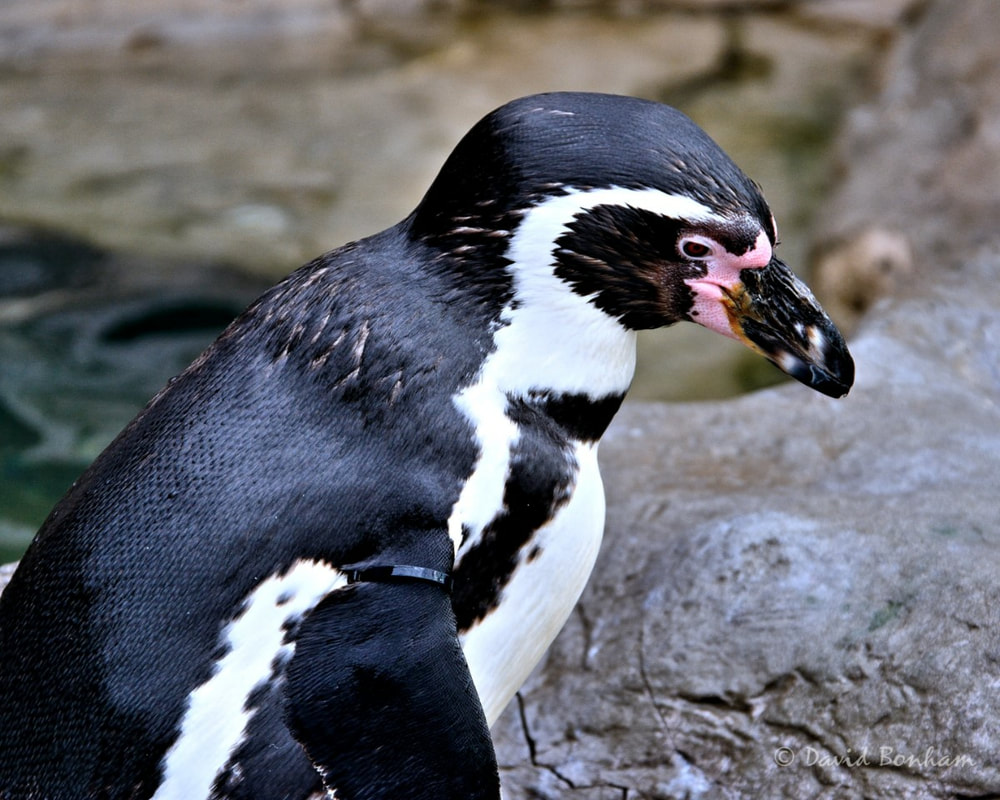 This one had VIP admittance to the club as designated by red bracelet versus the black one on the penguin above. 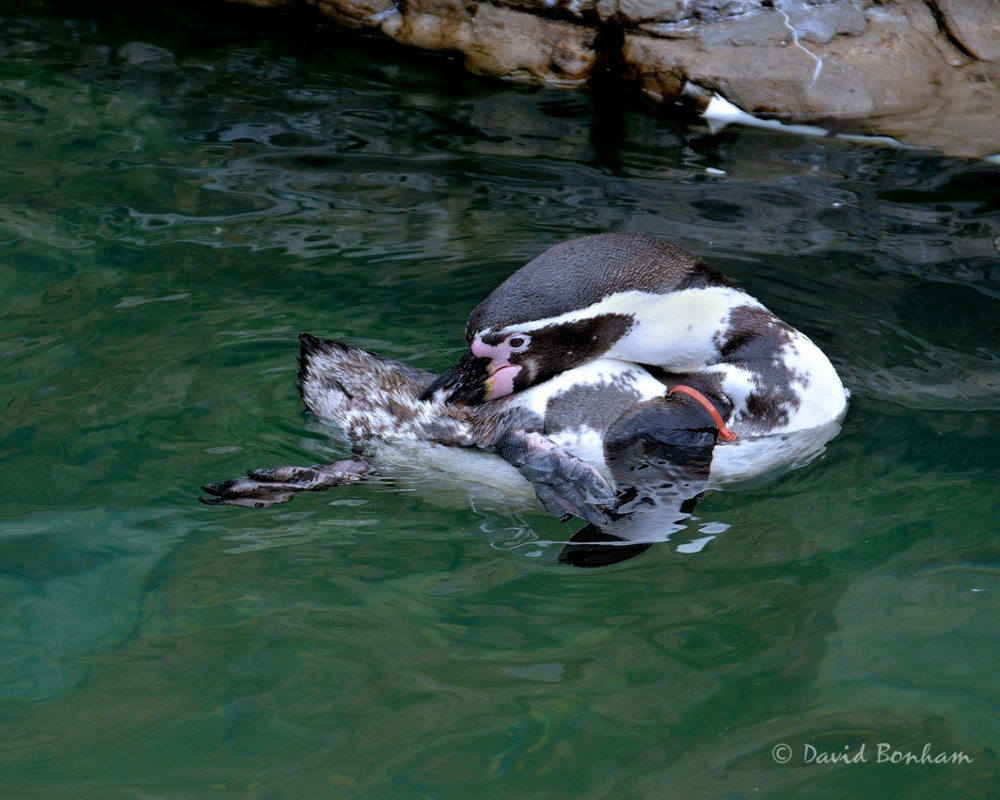 Makes me thirsty for a Coke and hungry for a Klondike Bar … mmm vanilla ice cream dipped in chocolate. 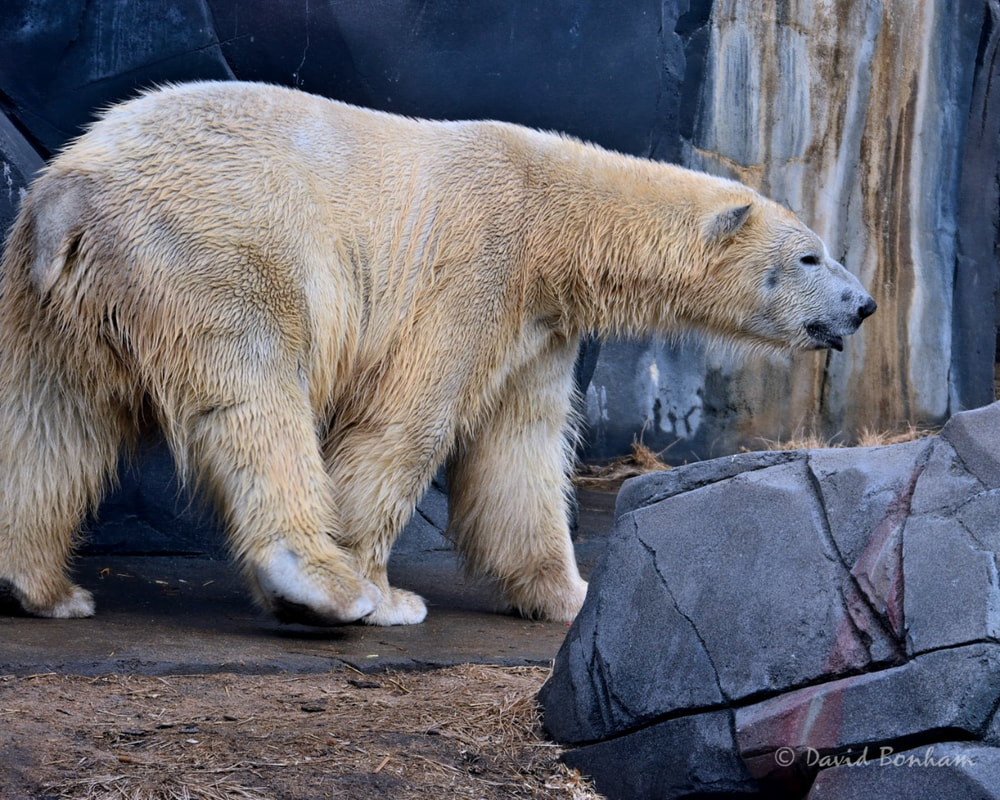 These are takins whose normal habitat is the eastern Himalayas. 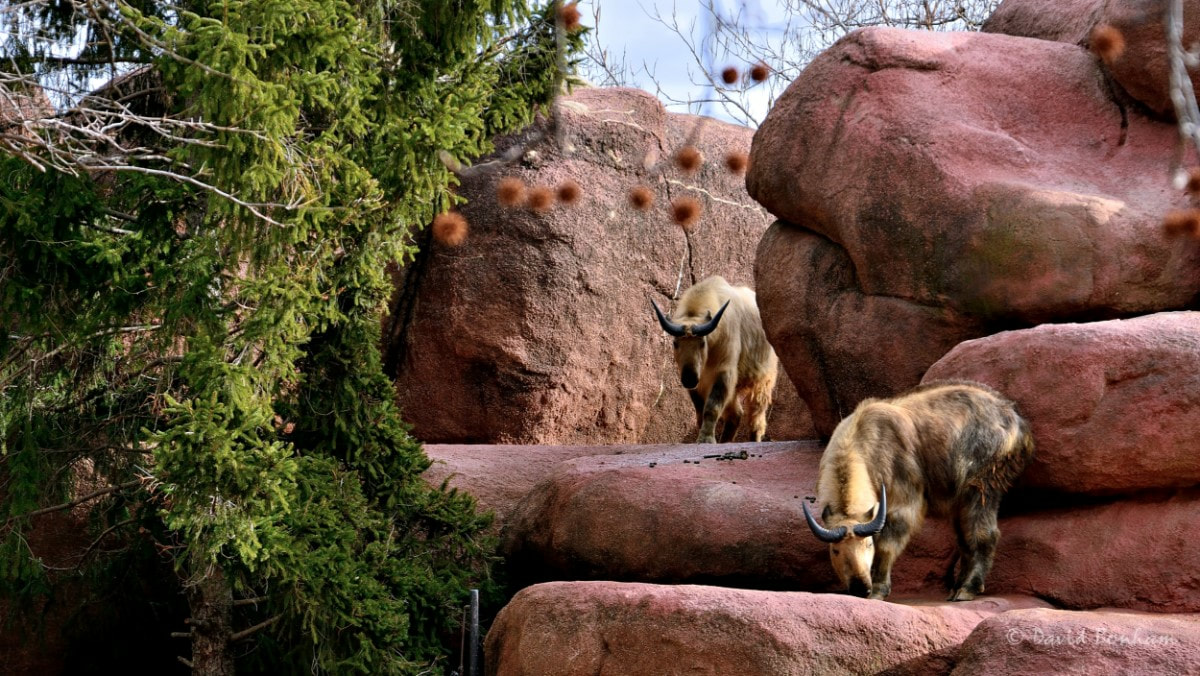 They keep telling the zoo keeper that nothing is going on, they’re just friends. 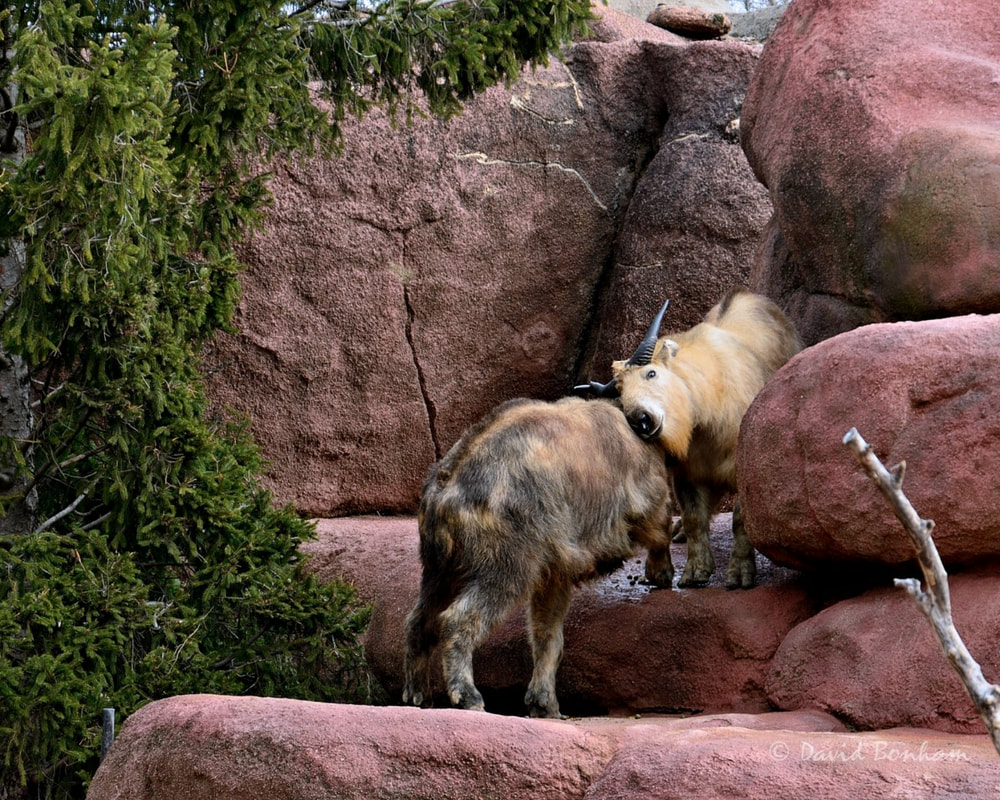 I have tried to convert zebra photos to black & white several times in the past but so for I have been very unsuccessful.  One would think that would be a no brainer but it’s not, at least not for me. 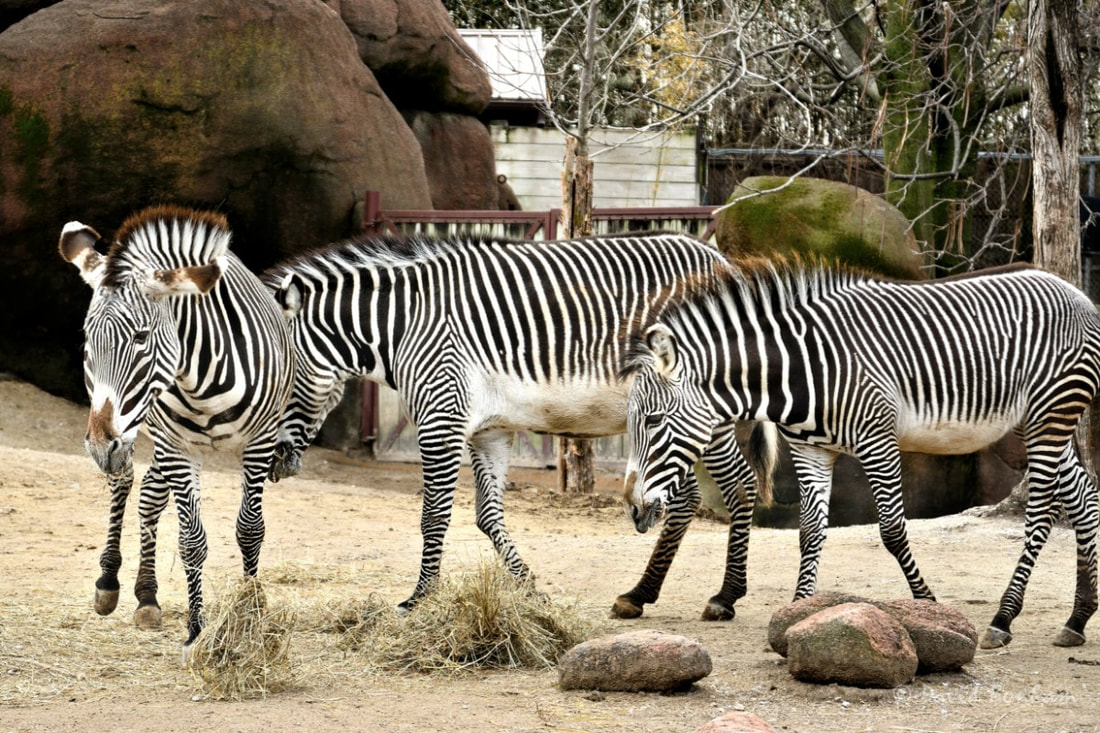 You have all been such wonderful readers and viewers of today’s post that I feel compelled to apologize to you in advance for what I am about to say.  As happens with all good things, today’s cascade of tantalizing prose and magnificent photos has reached its ends(s). 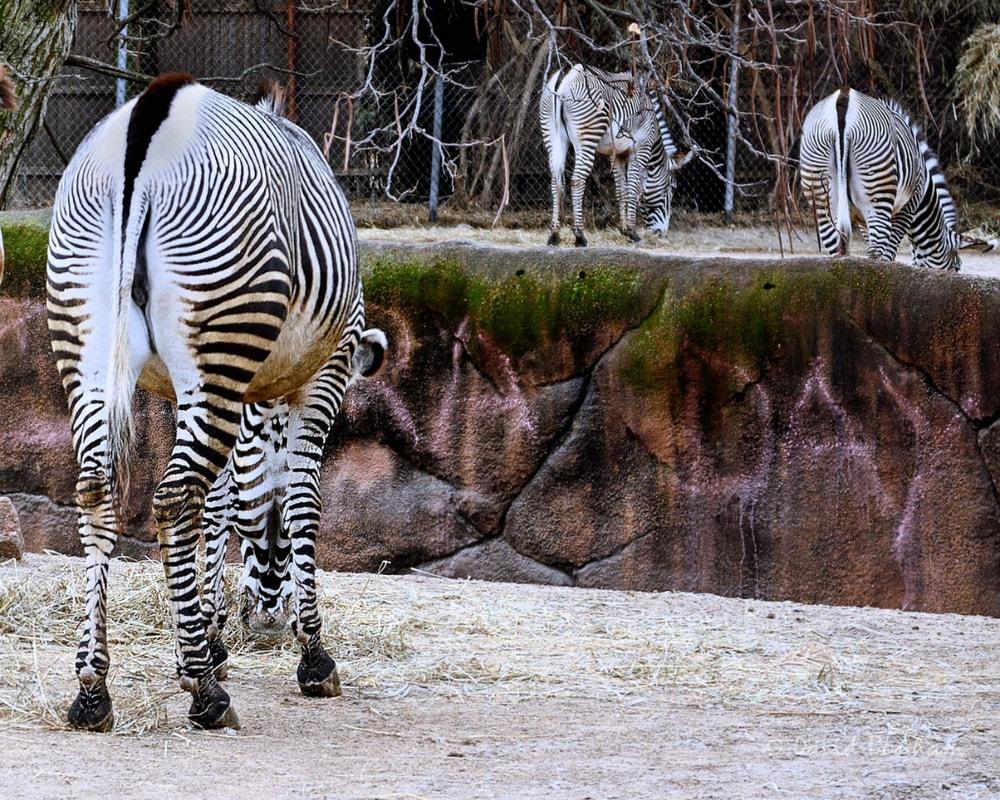 P.S.  Please do not ask how I did with the video clips.

16 thoughts on “Some Cabin Fever Relief”