The month following our South Dakota road trip we took another road trip, this time in the opposite direction to Orange Beach, Alabama.  By we I mean my wife and I, P & B from our SD trip, and S & K who we went to Orange Beach with the prior year.  P & B were also on that prior year trip.  If you’re interested the posts from that trip are here:  OB 2016,  OB 2016 – Part 2,  and OB 2016 – Conclusion.

For the first Orange Beach trip we flew down with P & B and rented a car.  S & K had to drive down because they wanted to stop in Nashville on their way back and spend time with their daughters who, coincidentally, both live there.

This time we all drove down for two reasons:  1. cheaper than flying, a good enough reason on its own and 2. we wanted to have a car to go places whenever we pleased.  Going down in a three car convoy was, well unique.  We’ve convoyed before on trips to Mizzou for football games and occasionally to the Lake of the Ozarks for our twice a year trip.  This was quite different though.  The first day was all interstate so maintaining eyesight with each other was no big deal.  However, on the second day we were on four lane highways (not interstates) with more than enough small towns and junctions with stop lights to cause disorder in our little convoy.  Had we taken this trip about thirty years ago we would have kept in touch (breaker, breaker) with CB radios.  Fortunately those days are gone and I managed to miss owning a CB radio and therefore did not ever had to have a handle.  Now days we keep in touch with smart phones (and have user ids instead of handles) and use the phones for navigation instead of those bulky atlases or filling station road maps that can take ten or fifteen minutes to fold back up the way it was.  Despite the capabilities to text or talk and see the distance to your destination decrease as you progress

If you remember from the post from our first trip I said that Destin, FL and Orange Beach were my two least favorite beach destinations.  The primary reason was you couldn’t just walk out the hotel or condo and walk down a street to a souvenir shop, restaurant, or grocery store, or any place actually.  Everything in these two areas is located on  busy four lanes or more highways.

We went this second time because, as was the case the last time, the rates were so good for a very, very nice condo and we wanted to see if having a car made a difference.  It did make a difference but not enough that my wife and I would go again.  We like staying in beach towns without all the condos that make the place crazy crowded.

We made it a two day trip.  This allowed us to stop for lunch is Memphis and spend some time there.  We went to the National Civil Rights Museum which is at the site of the motel where Dr. King was assassinated.  That was kind of a somber experience.  We livened things up quite a bit with a tour of Sun Studio.  I didn’t expect the latter to be as good as it was.

If you are a fan of the pioneers of Rock ‘n Roll, and/or their music, then this is a must visit.  Also if you are an Elvis, Johnny Cash, Jerry Lee Lewis, or Carl Perkins fan then you probably know about Sun Studio.  If not there’s always Wikipedia’s entry for Sun Studio.  Sorry no photos from these places; we were having too much fun taking pictures of each other.

We got to to Orange Beach the next afternoon and as soon as I got our luggage in the room I made a beeline to the balcony to see if there was any thing to photograph.  There was.

Two or three brown pelicans (I think) were diving into the water.  I was too high up (31 stories) to see what they were after. 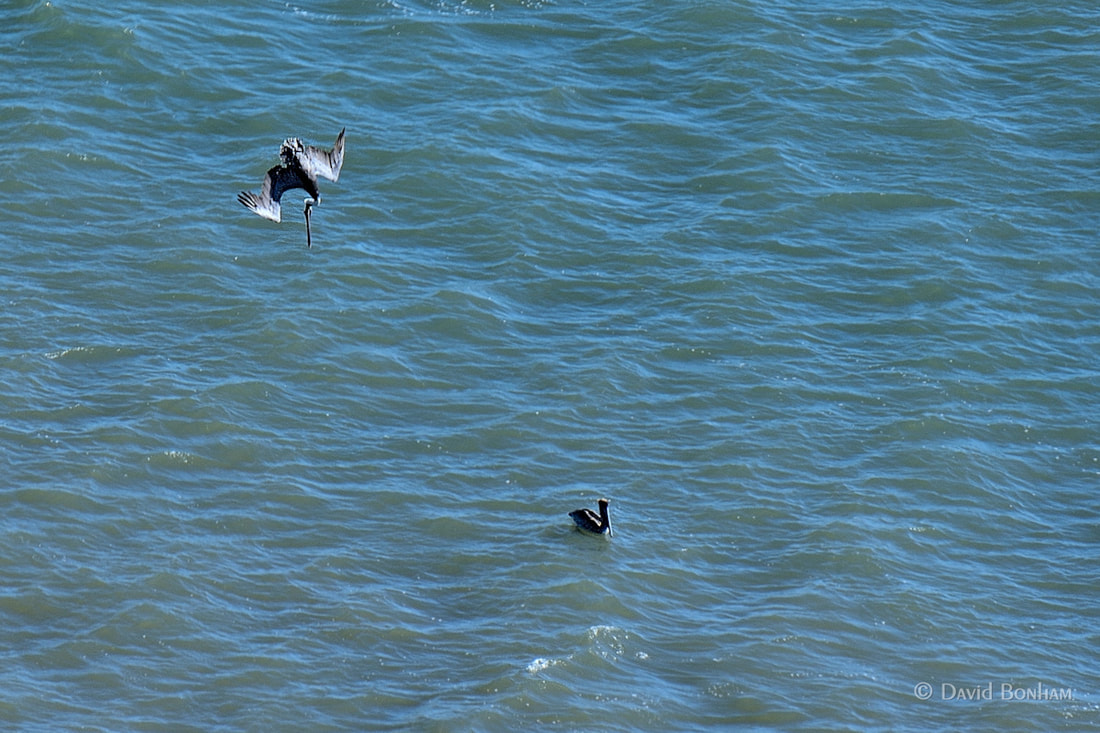 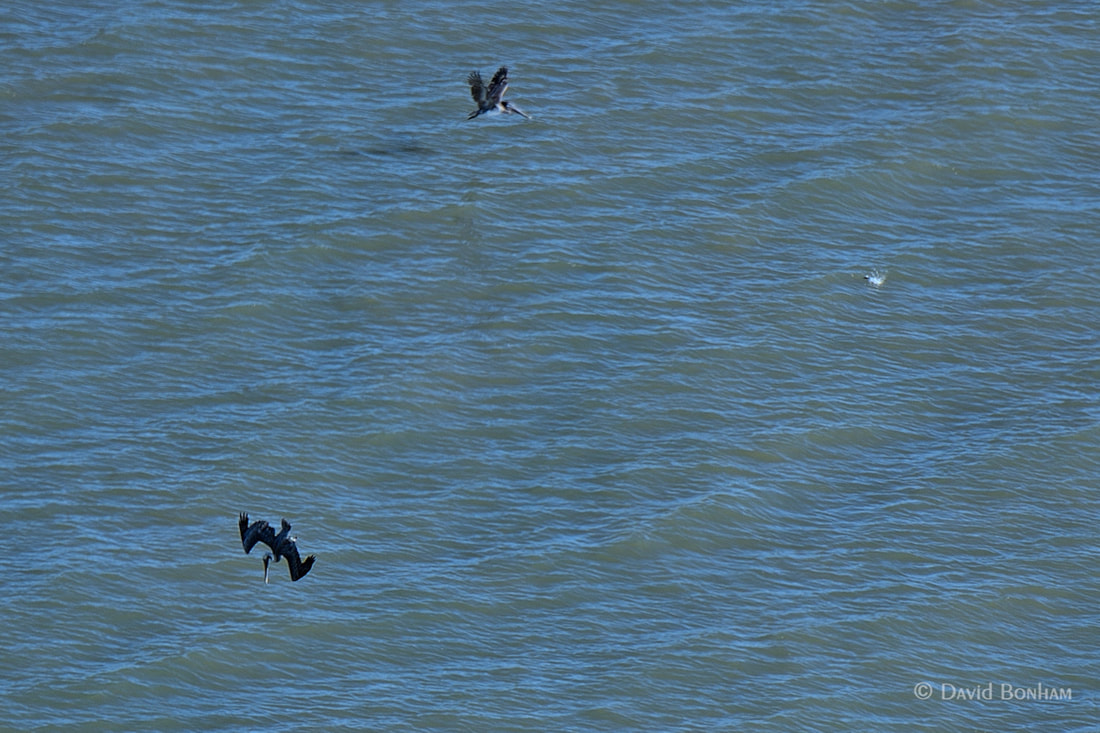 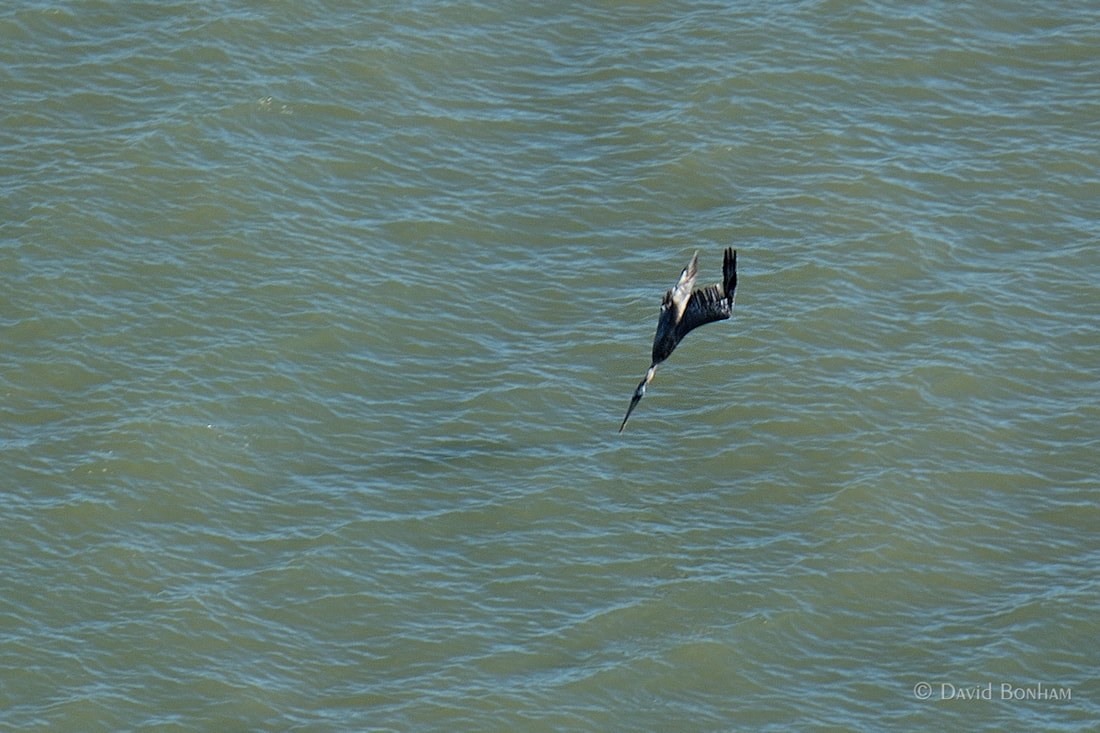 Hope this isn’t the pelican’s target. 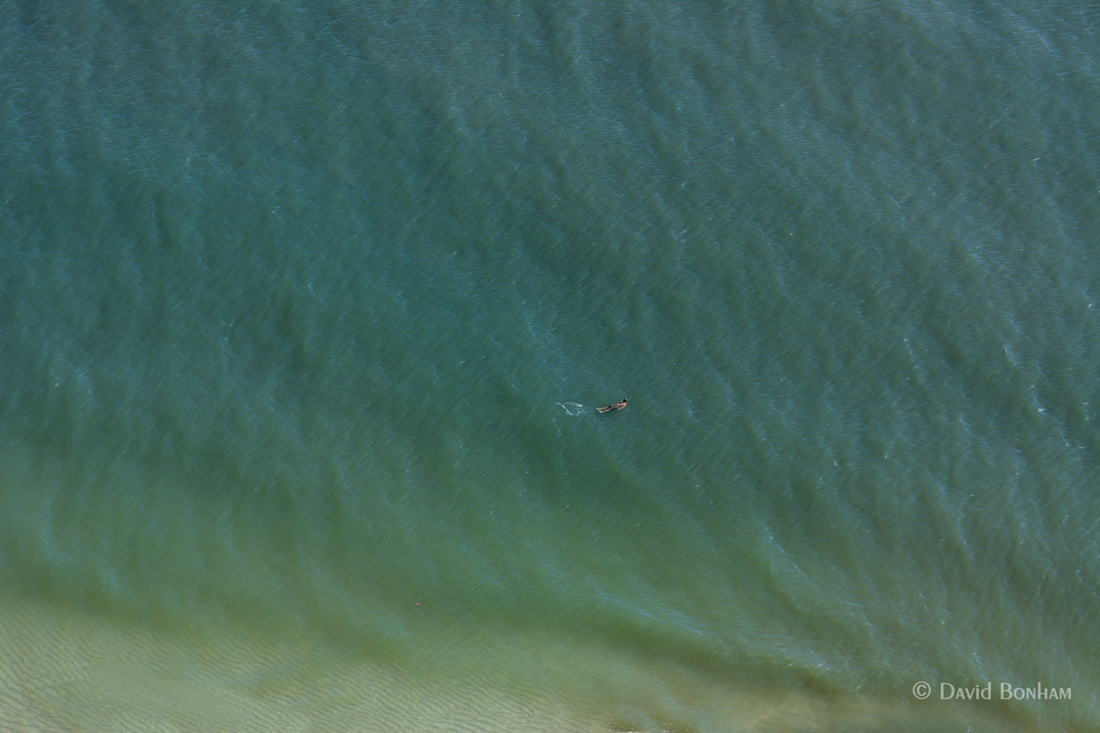 I can just see this poor guy with a big ol’ pelican sticking out of the top his head. 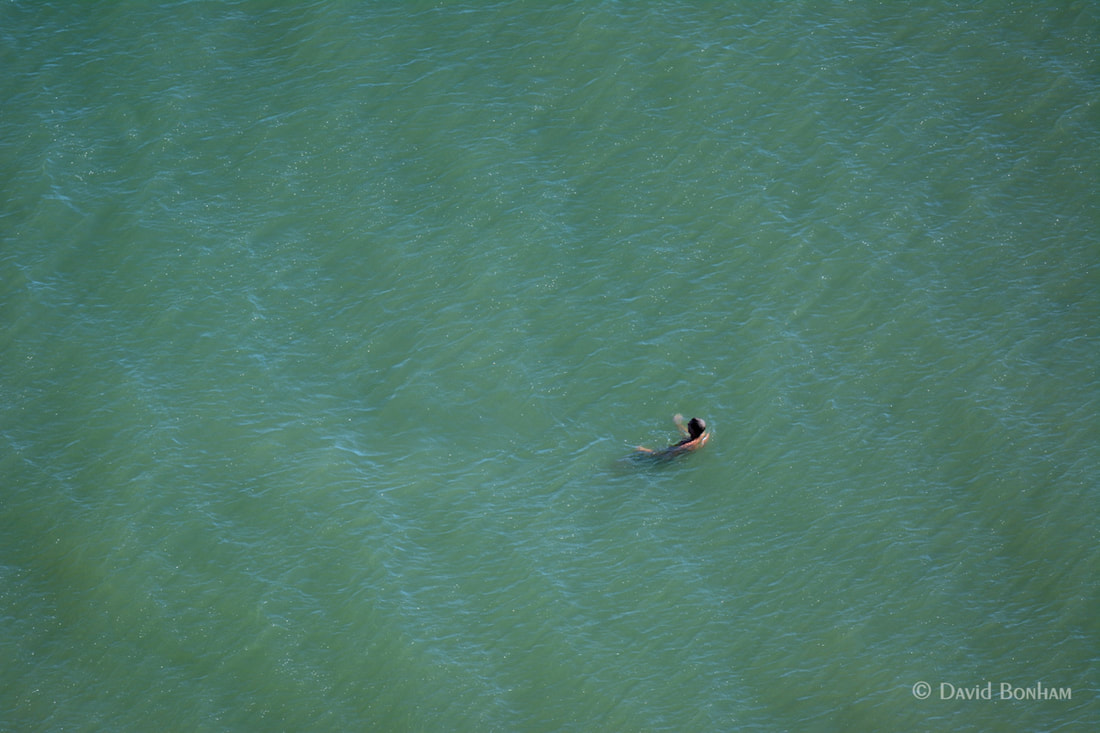 The next day I got up kind of early (7:15 – 7:30 AM) to take photos, again from 31 stories up.  I really, really like the view from this high up and in no small part because I’m rarely this high ( so to speak) and it’s a whole new photographic experience.  It’s the one thing I will truly miss about Orange Beach because I doubt I’ll every have this vantage point again.  The rest of these photos were taken in the early-ish morning.

Lots of solitude on the beach before 8:00 AM. 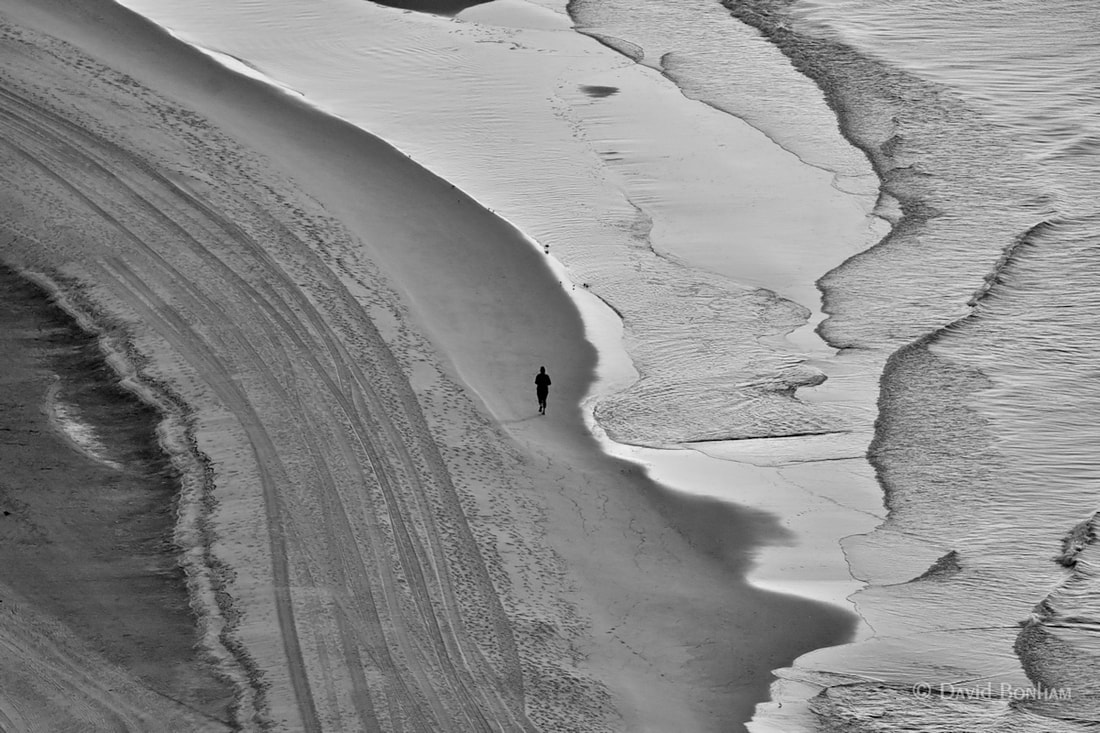 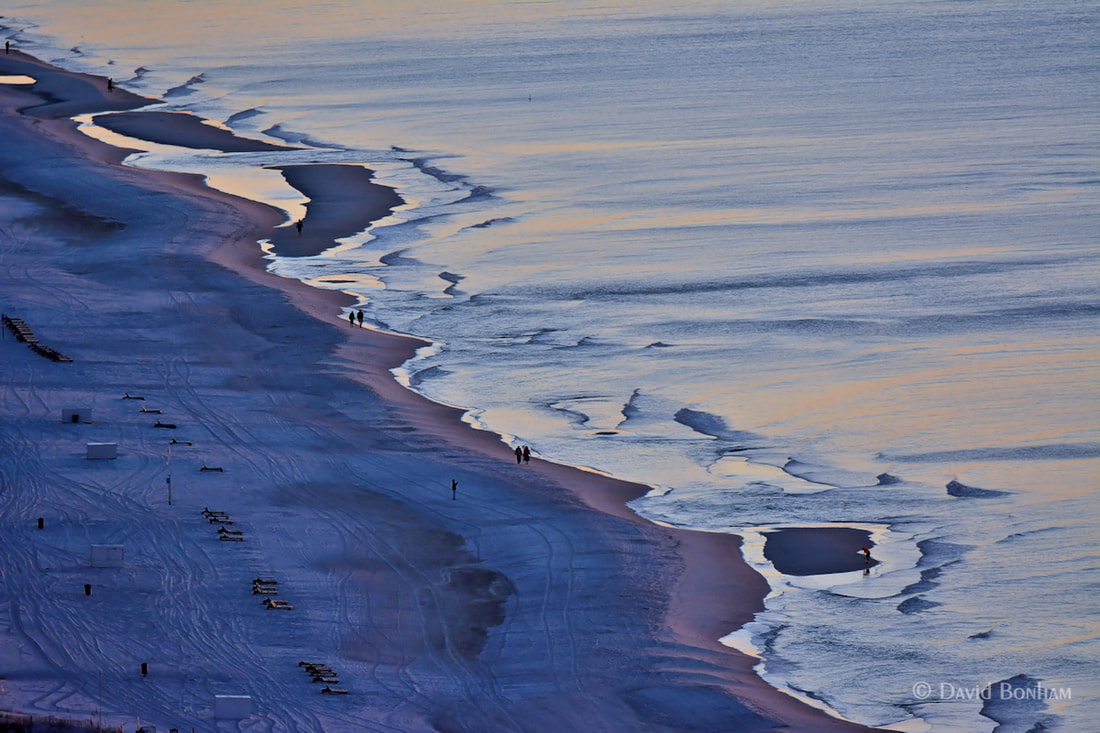 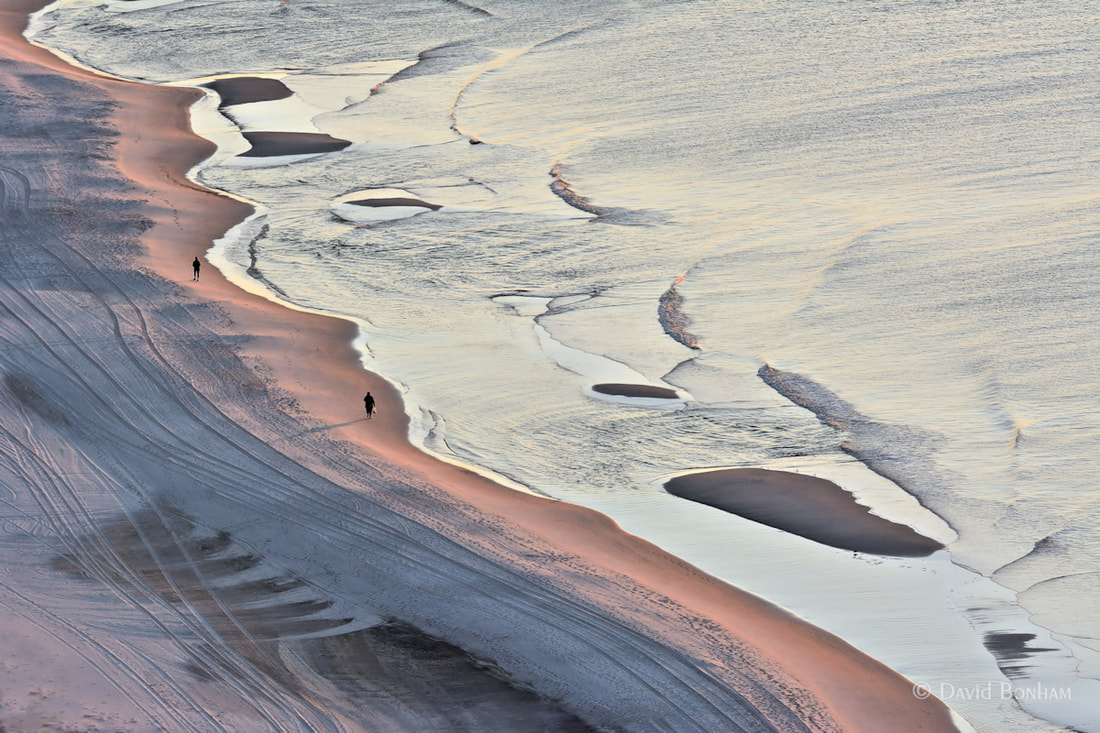 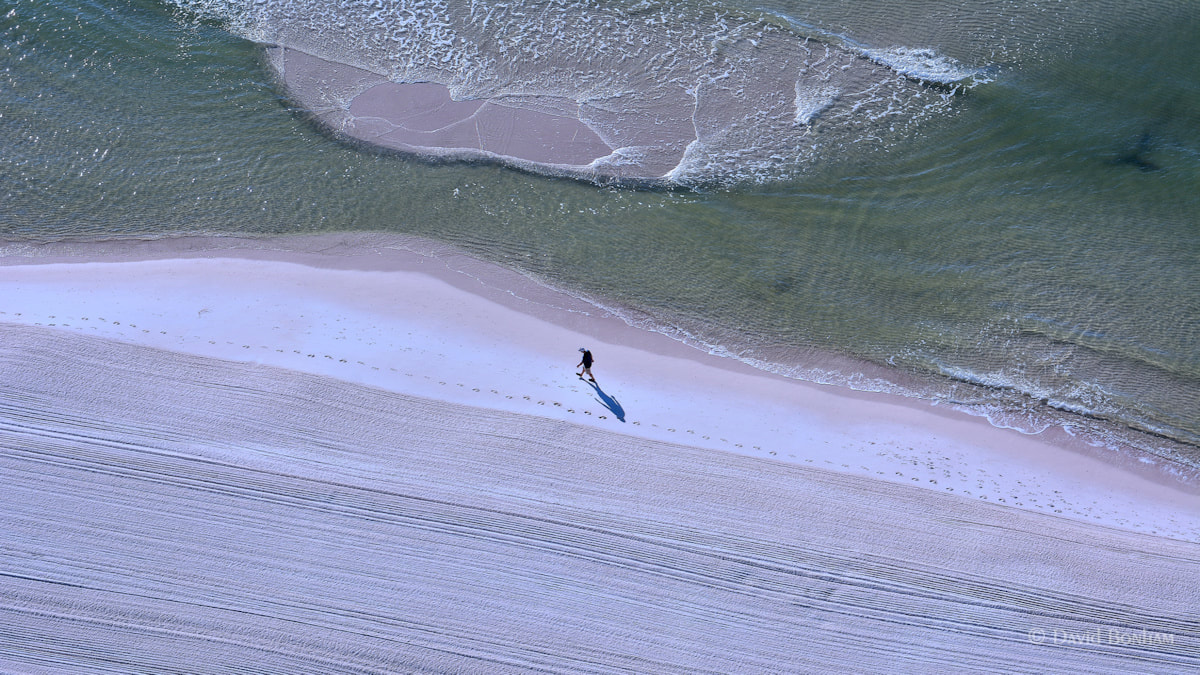 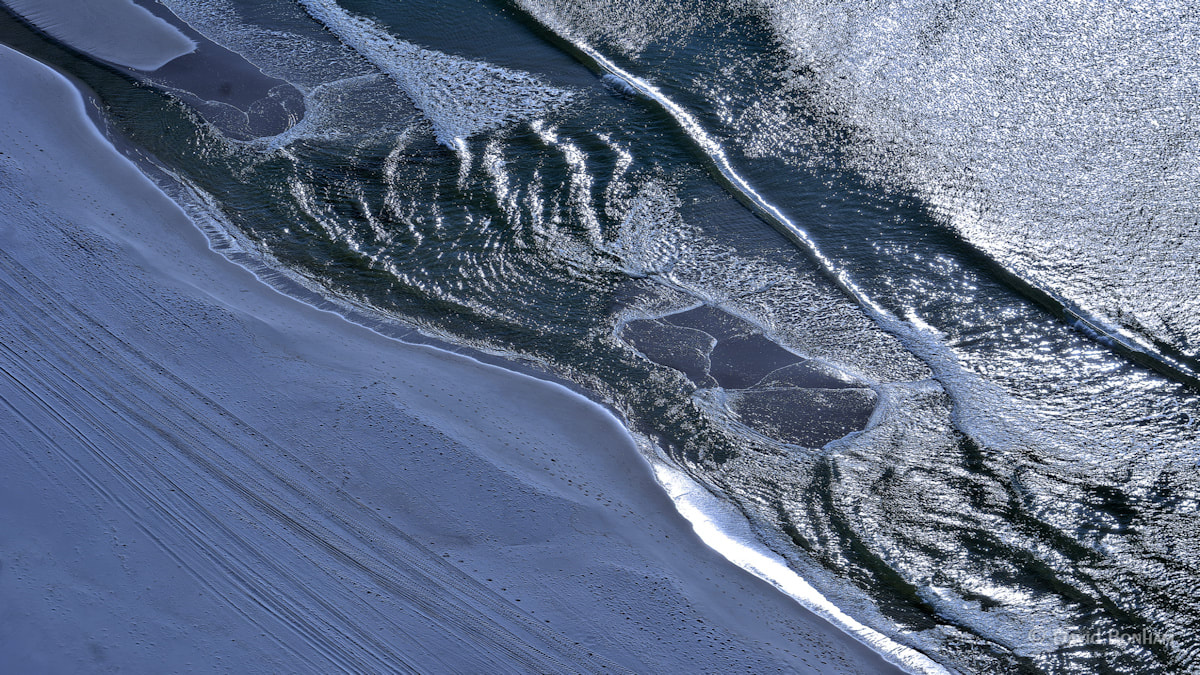 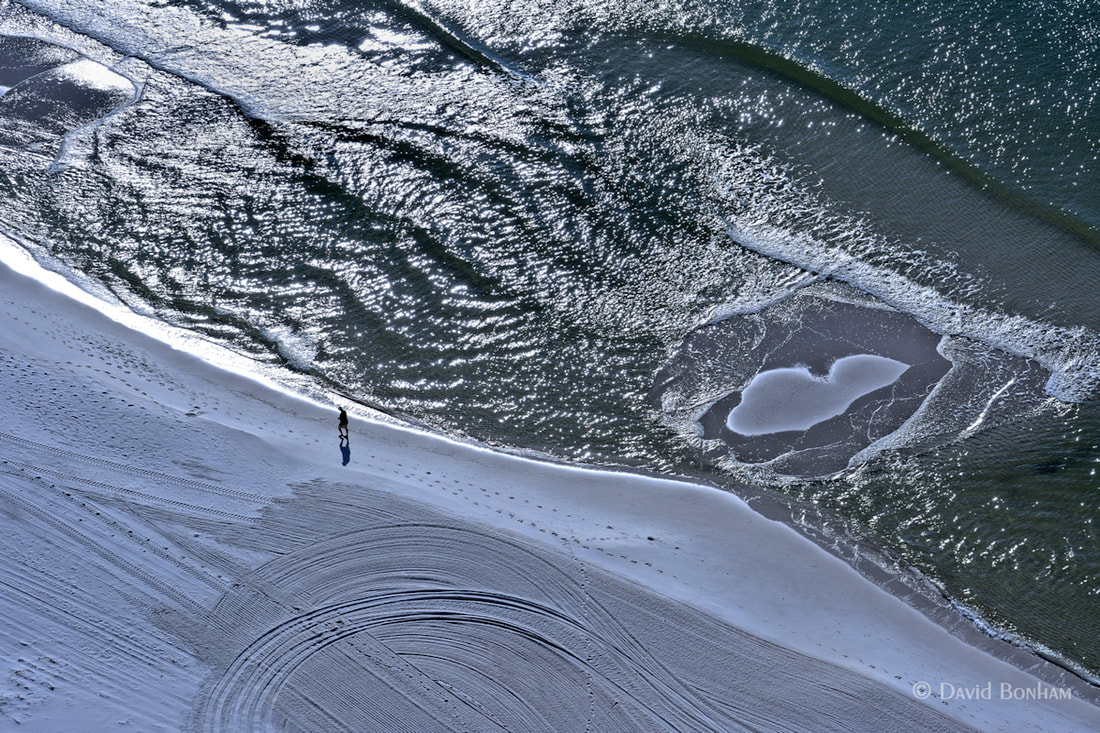 The rest of the photos were taken later in the day and on different days. 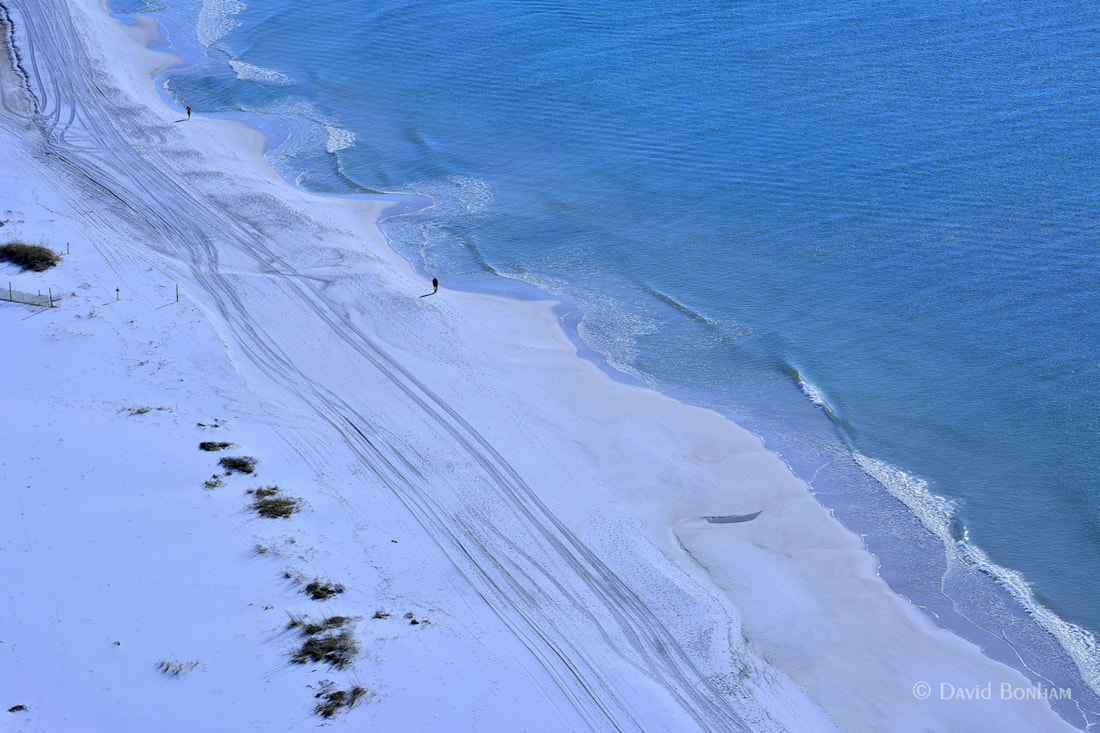 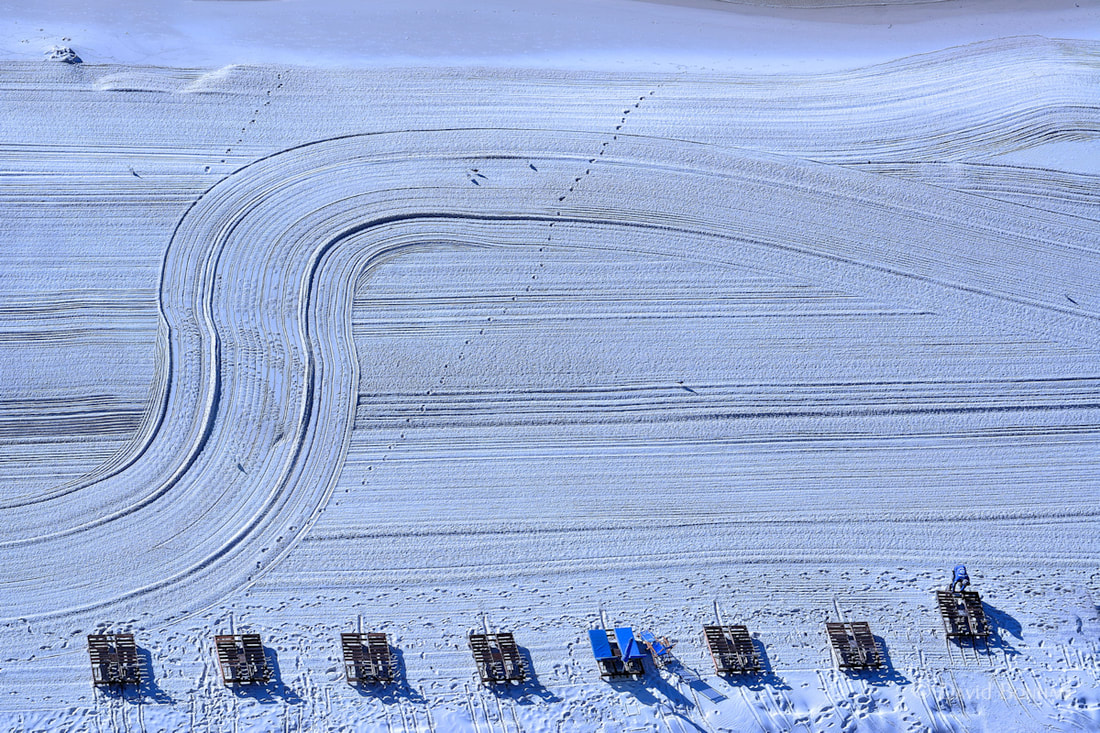 You may remember a couple of very similar photos form my prior Orange Beach trip.  Some subjects just beg me to repeat and I think this might be the better of them all.  Some day when I have time I’m going to play with it in the “dark room” trying different saturations, curves levels, B&W, etc. just to see it I can make more if it. 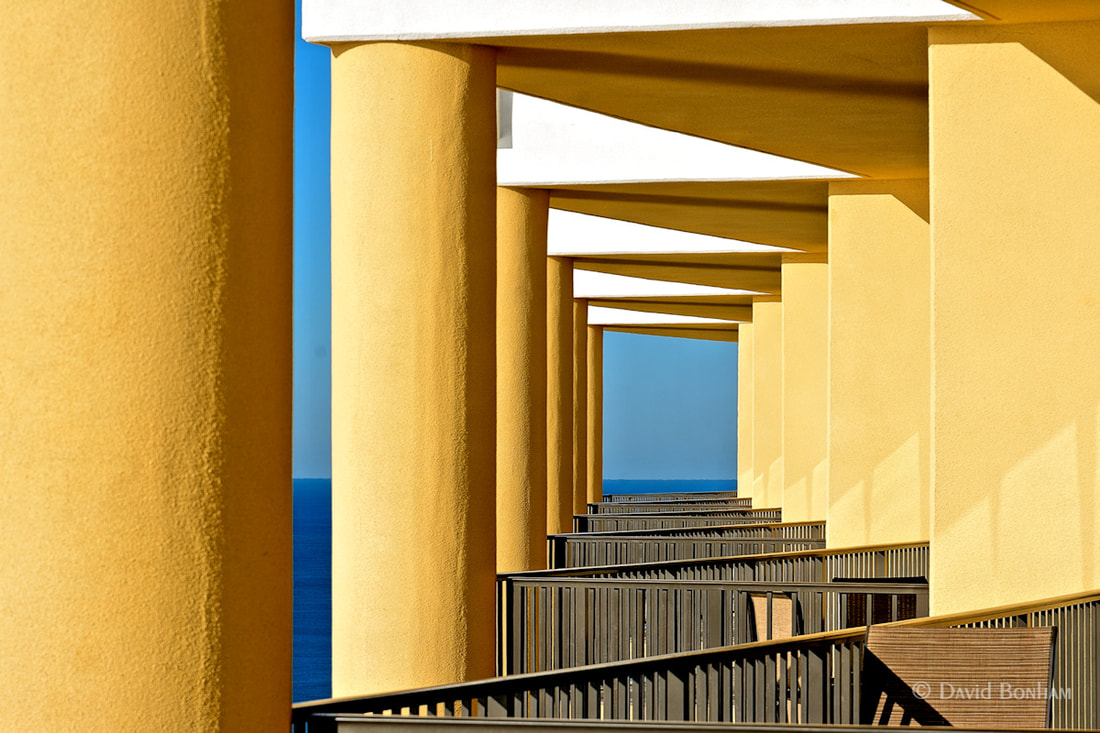 There is just something about the height, distance and angel from the balcony that I really enjoy. 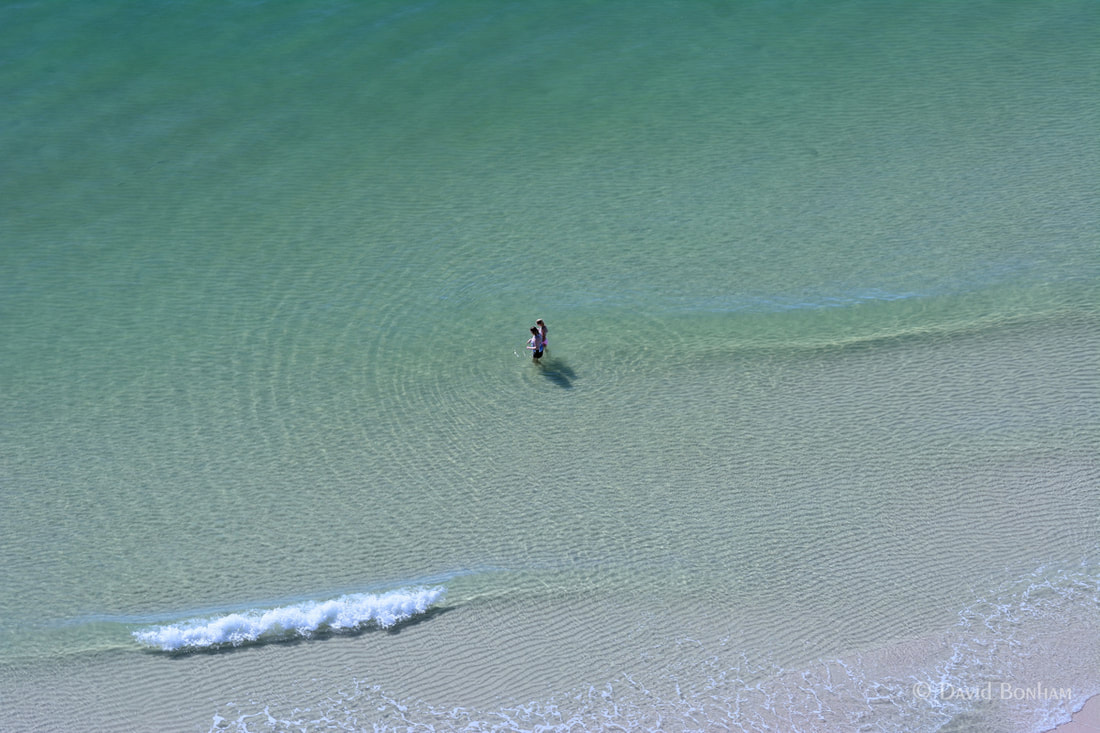 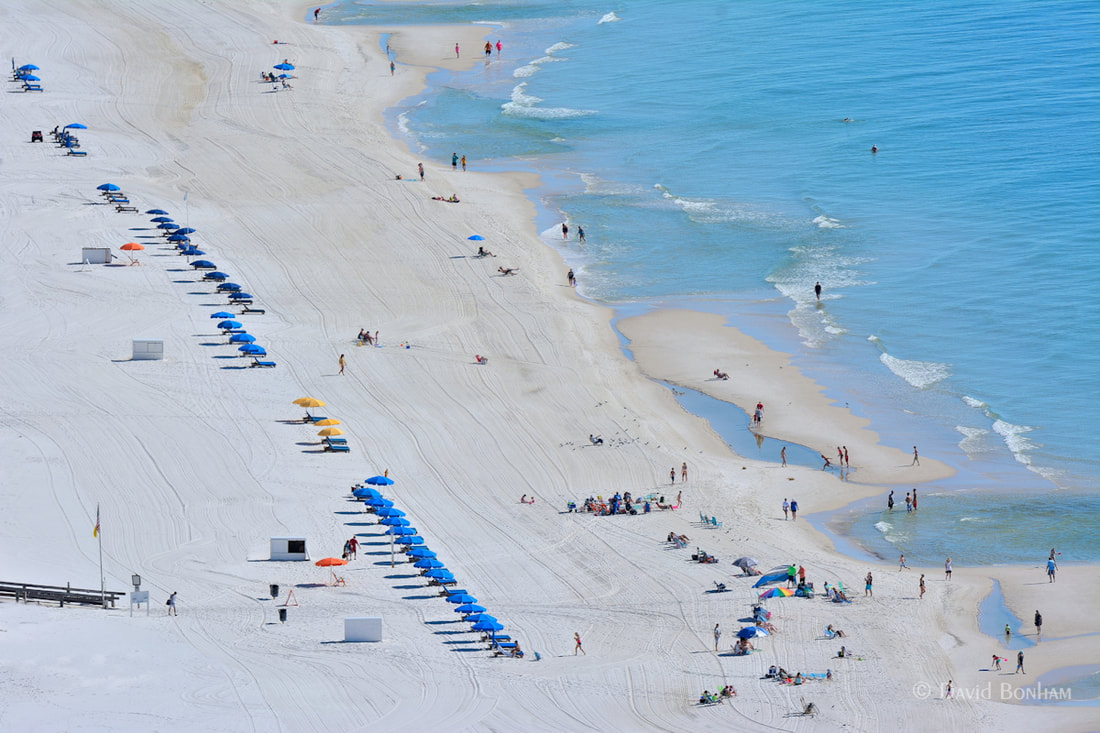 I was taking pictures of the beach off to the east (as the one above) when I saw a large bird in the distance through my viewfinder.  I took the camera down from my face and immediately saw it was a Coast Guard helicopter.  But the helicopter was below me?!  From all the years we spent going to Florida I was used to seeing CG helicopters patrolling the shoreline but I had always had looked up to see them. 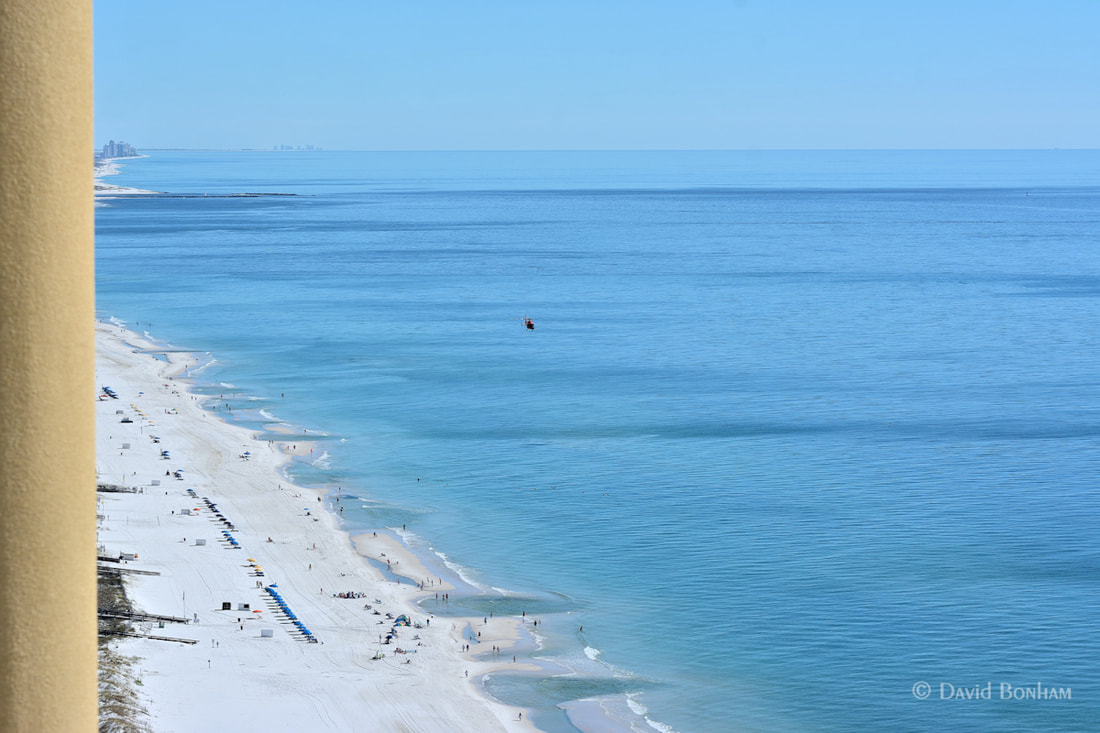 I mean really, how often in life are you going to get this angle on a flying helicopter with out being in another aircraft. 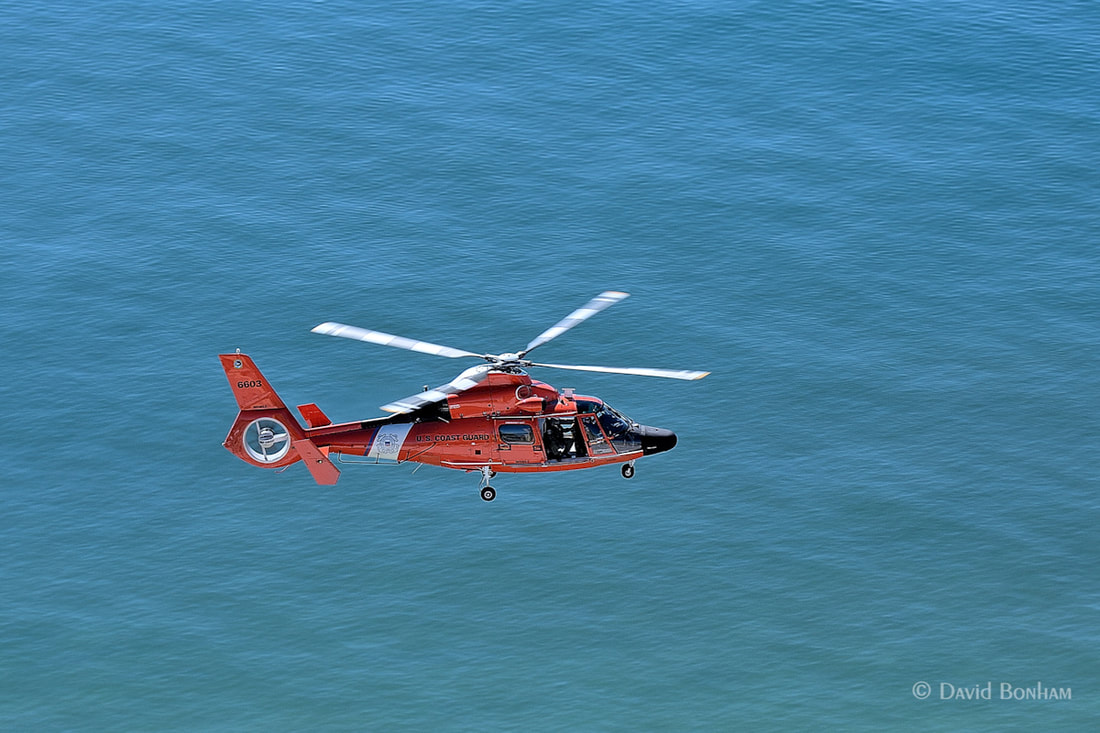 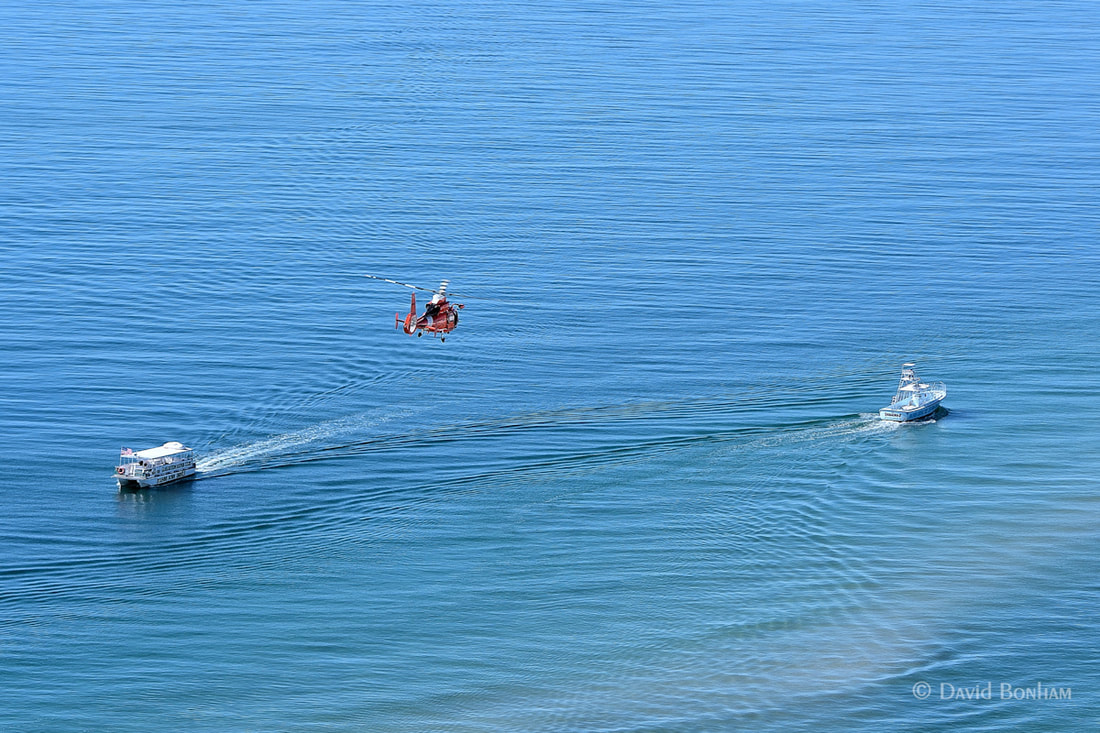 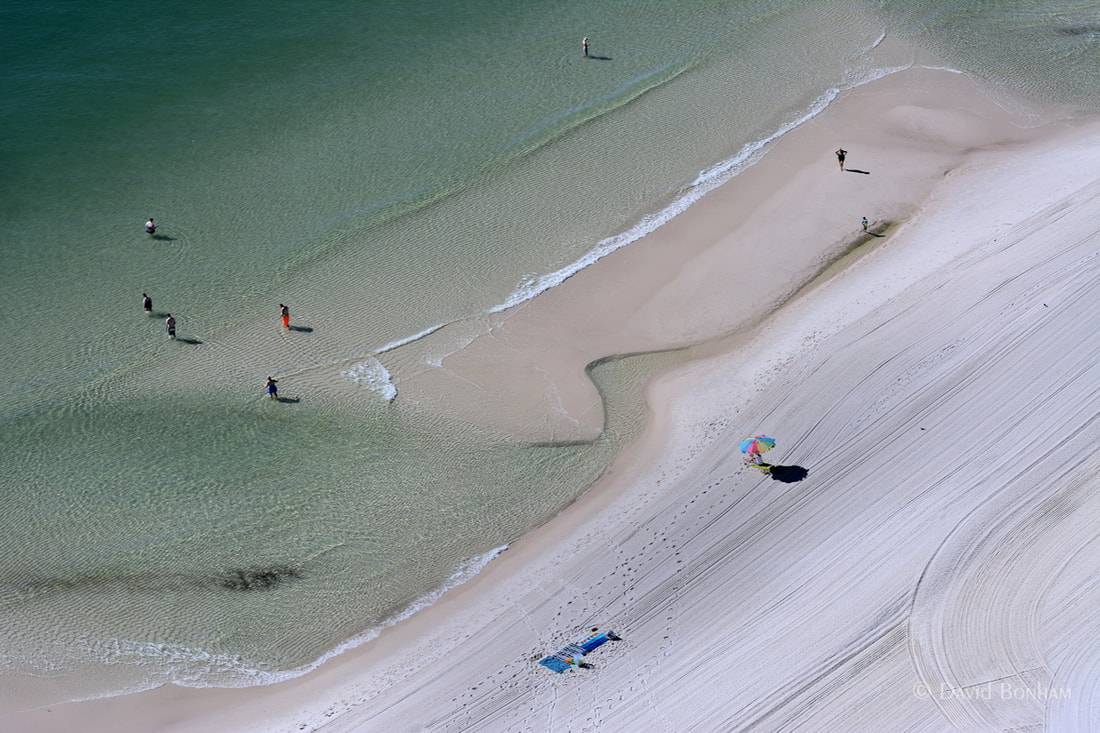 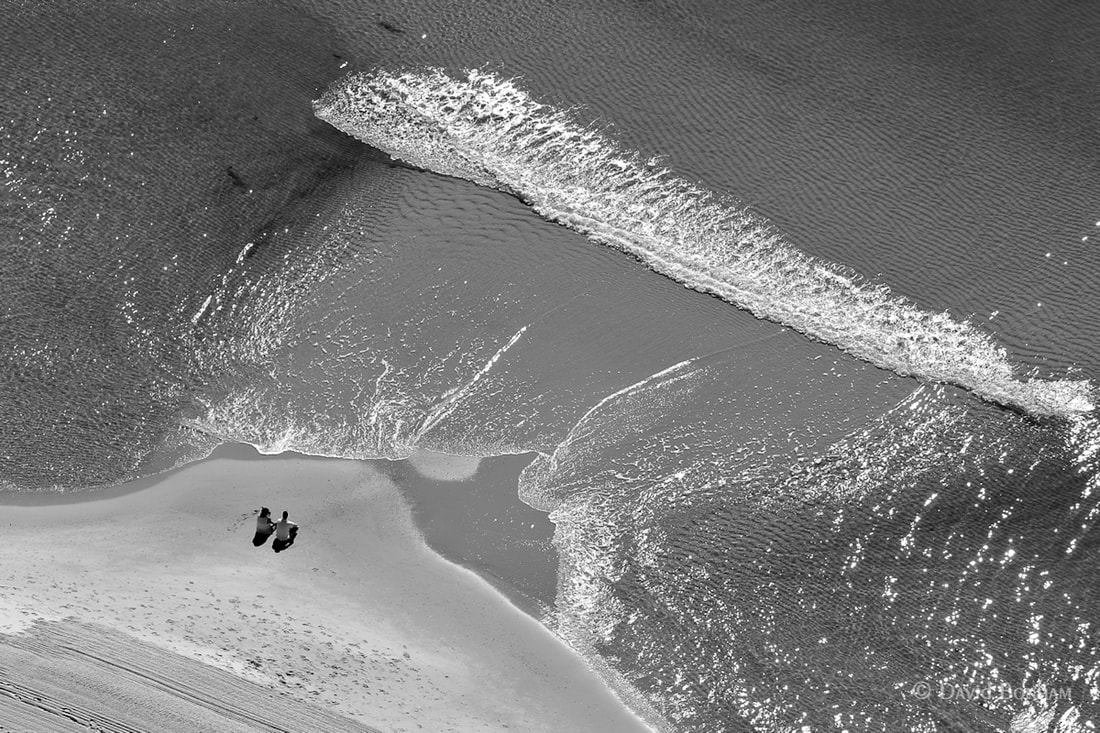 Have I mentioned how much I love shooting from this angle? 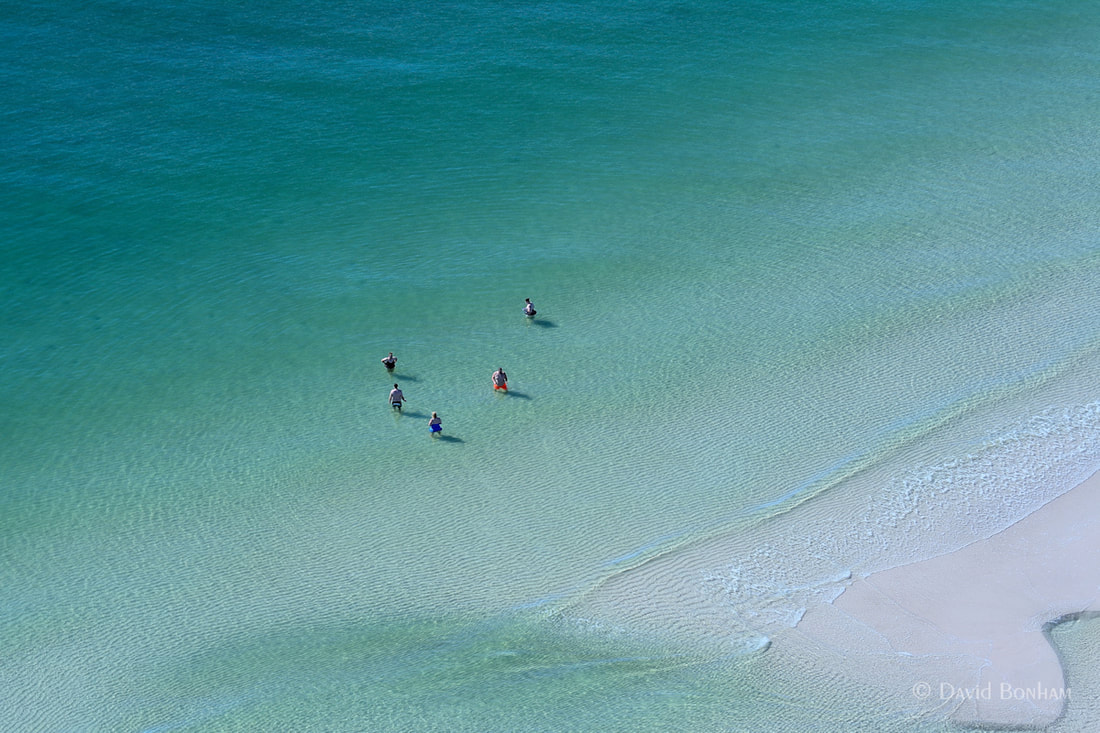 Next week I’ll have a second and final post for Orange Beach and that will be it for road trip photos, at least for a while.

Almost all the photos were taken with a Nikon D7100 and a Nikkor 80-400mm telephoto zoom lens.  There were one or two taken with the Nikkor 24-85mm zoom, but I’m not sure which ones.  Well I do know that the shot looking across all the balcony rails was with that lens, anything else I’m not sure.