About eighteen months ago I developed an inch to go somewhere, somewhere I’ve never been before. After spending a couple of nights looking at Google Maps I thought a road trip to Mt. Rushmore might be good.  My wife agreed with the idea and one night we told some friends (P & B) what our plan was.  They liked the idea, asked if they could go too, volunteered to drive, and a couple of months later we were on the road.

We had a couple of months to plan the trip and to see if another couple (S & K) could go too.   P & B and S & K are the same two couples we went to Orange Beach with the prior year.  (If interested see Orange Beach  and Orange Beach Part 2 .)  Unfortunately S & K couldn’t go because S is still working and didn’t have enough vacation time given they normal time she takes off plus the fact that the month following the Mt. Rushmore trip we’d all be going to Orange Beach again.

So my wife and I and P & B went to dinner one night and afterwards to our house for desert for trip planning and to make hotel reservations.  We knew we had seven days and six nights with a primary destination of Mt. Rushmore.  We also wanted to fit in as many “side trips” as possible.  The basic itinerary we came up with was:  Mt. Rushmore, the Badlands, the Crazy Horse monument, the Black Hills, and the towns of Sturgis, Deadwood, and Spearfish all in South Dakota.  Additionally we wanted to visit Devil’s Tower in Wyoming.  We also wanted to take a different route home so we thought we would circle around to Colorado and then head East through Kansas back to St. Louis.  At first everyone wanted to spend a night in Denver, Colorado and do some sight seeing there.  I convinced everyone that Denver was nice but just another city and that we would probably find Colorado Springs more interesting.  If nothing else we could go up Pike’s Peak there.  Everyone agreed to that and we were all glad we did.  So by the end of our planning we weren’t sure what all we could fit into our trip but at least we had and outline to follow and knew we could be flexible.

The first leg of our trip called for heading due West from St. Louis to Kansas City, Missouri via I-70 and then make a right turn and head North on I-29 to Sioux City, Iowa, to spend the night there.  All in all about 530 miles.  Our first stop was Kansas City, Missouri for lunch and I took some pictures there.  I also took some pictures in Omaha, Nebraska, which was across the Missouri River from where we stopped for diner, but all the pictures from Omaha were just of us so you’ll have to settle for the Kansas City photos.

AS we neared Kansas City our friend P, of P & B, started to look for places to eat in KC on her phone and read the choices to us,  We decided on a place called BRGR Kitchen + Bar and headed there.  Turns out BRGR stands for burger and the place has known for its hamburgers.  All four of us love a a good burger but for some reason well all ordered salads.  After lunch we walked around a little bit and here are some photos from around the restaurant.

Based on the sign I’m guessing this is the Hotel President.  I don’t know why but I love buildings that have cross walks between two sections of the building.  Maybe because it opens up the building and is something different that just a solid rectangle.  The towering building behind the hotel is the Kansas City Power and Light Company Building. 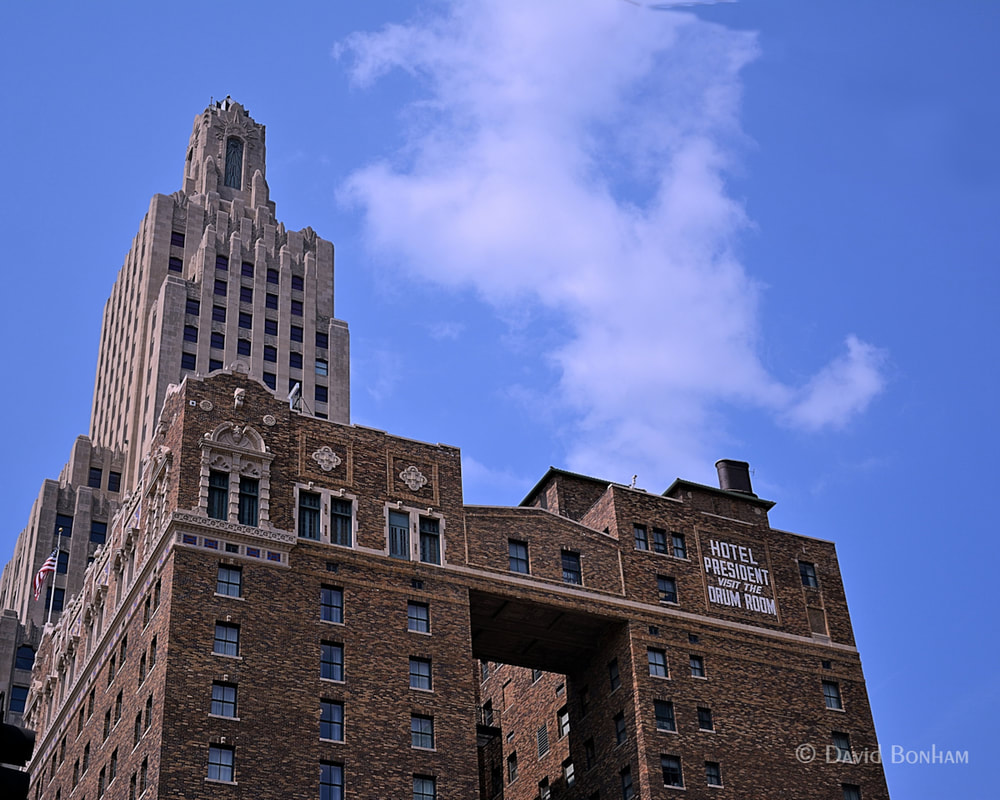 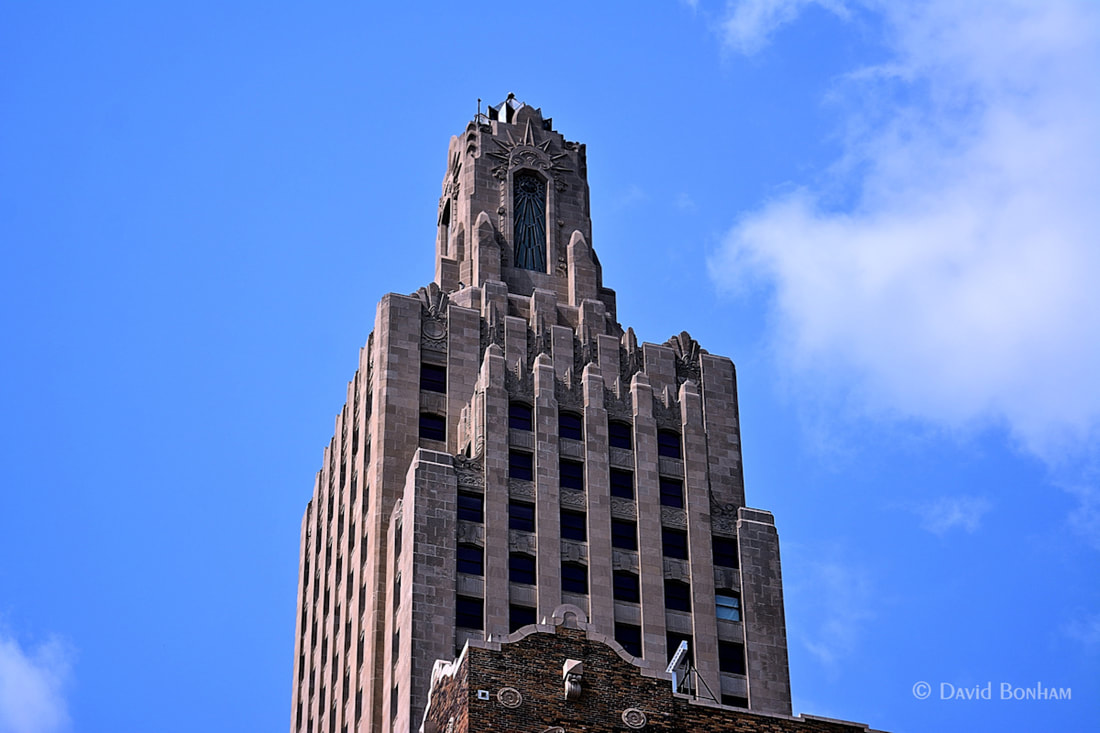 Something a little more modern.  These are nice but I really like the old style buildings. 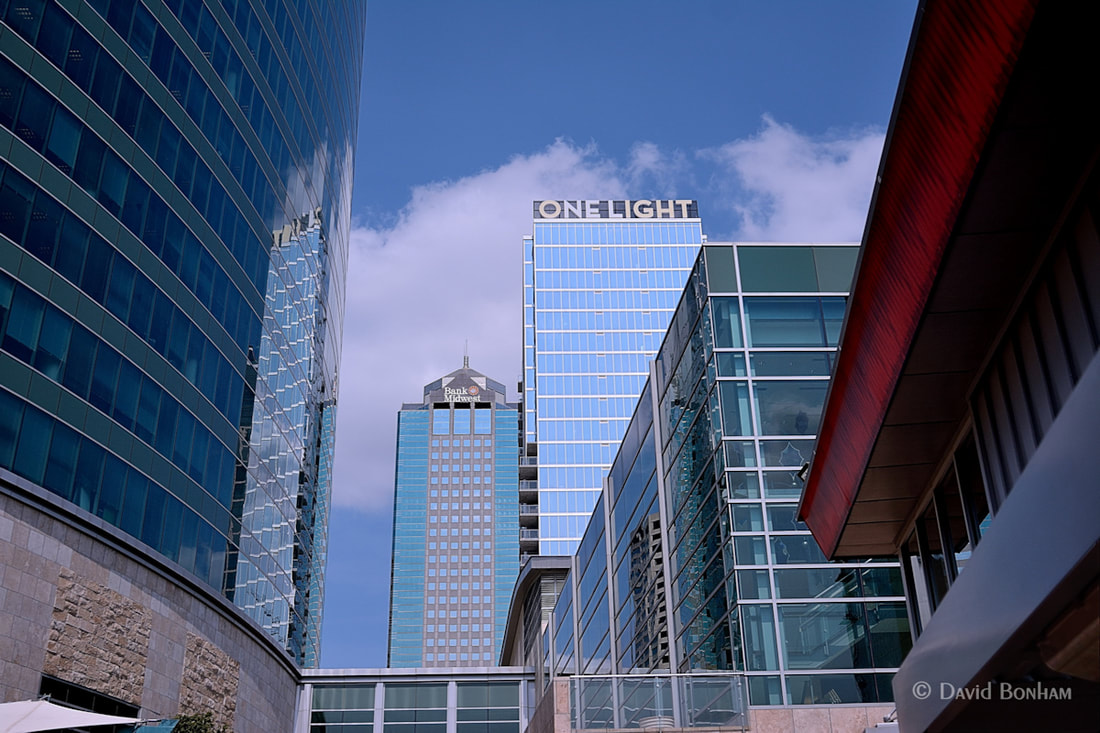 One last look at KC Power and Light and Hotel President.  If we would have spent the night in KC it would have been nice to check out the Drum Room. 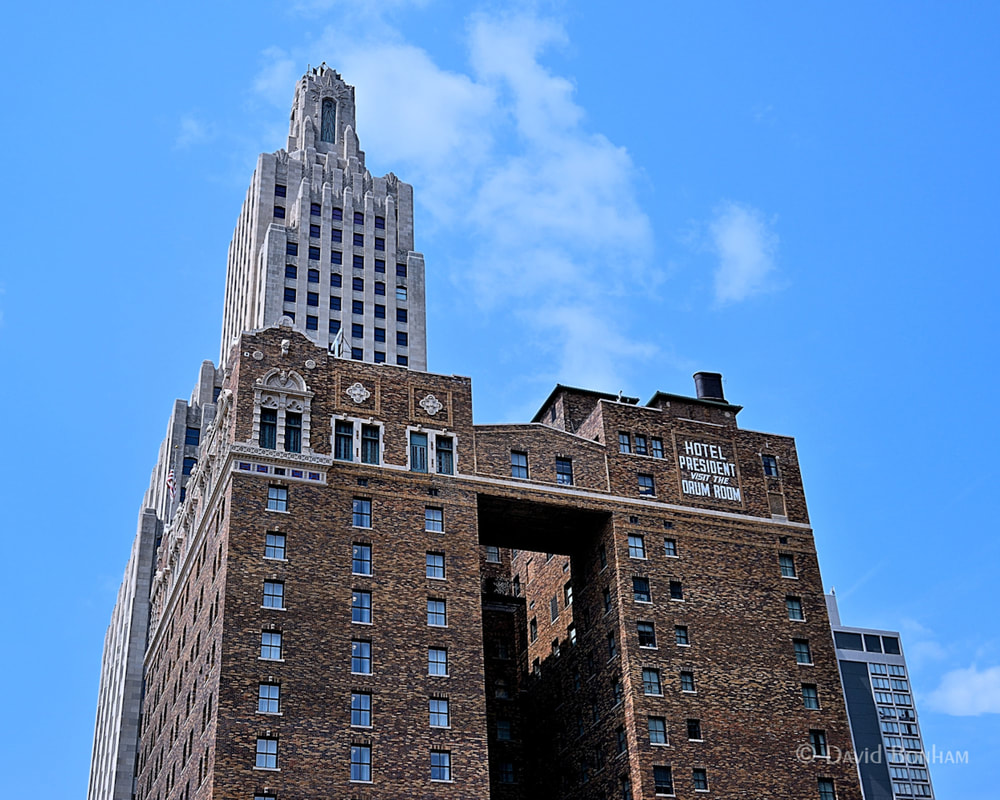 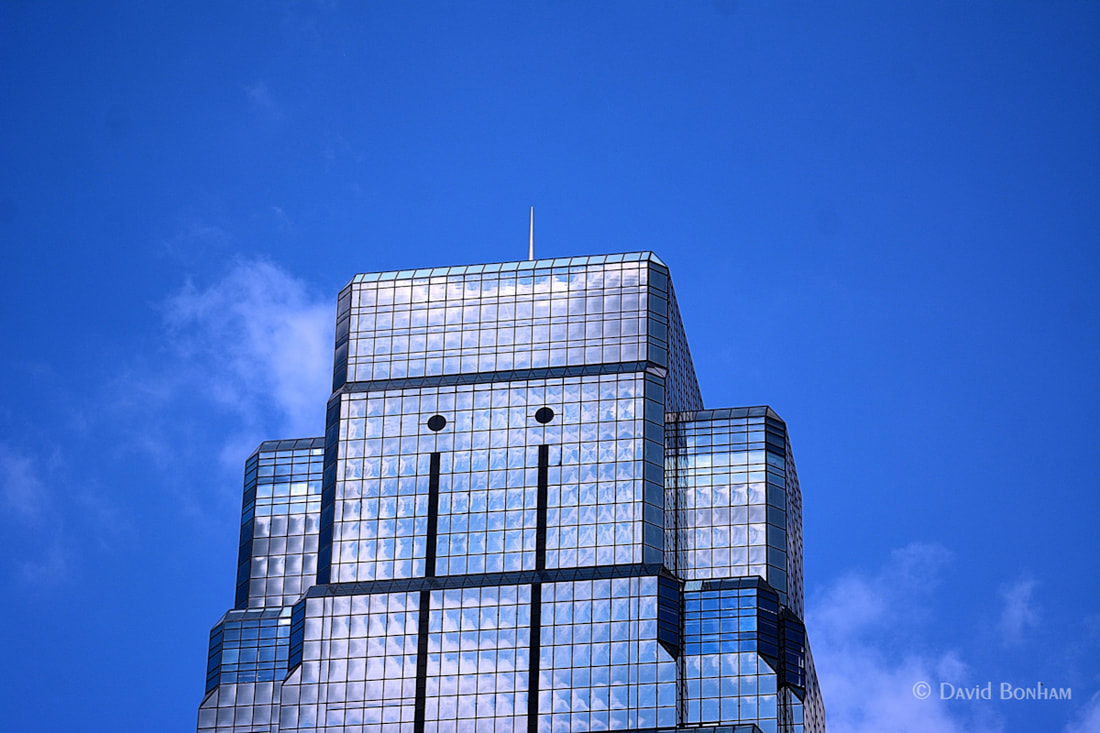 So KC was the first 246 miles of our trip now we’ve got about 280 miles to our overnight in Sioux City, Iowa.