I really have nothing to show relating to the annual Japanese Festival because the actual ceremony of lighting the lanterns and setting them afloat on the lake doesn’t happen till nighttime and we were there in the afternoon.  Still I did taken some photos, I mean after all we were in a huge garden.

A lotus blossom is something nice to start with.  But the next photo subject kind sparked a rant in me. 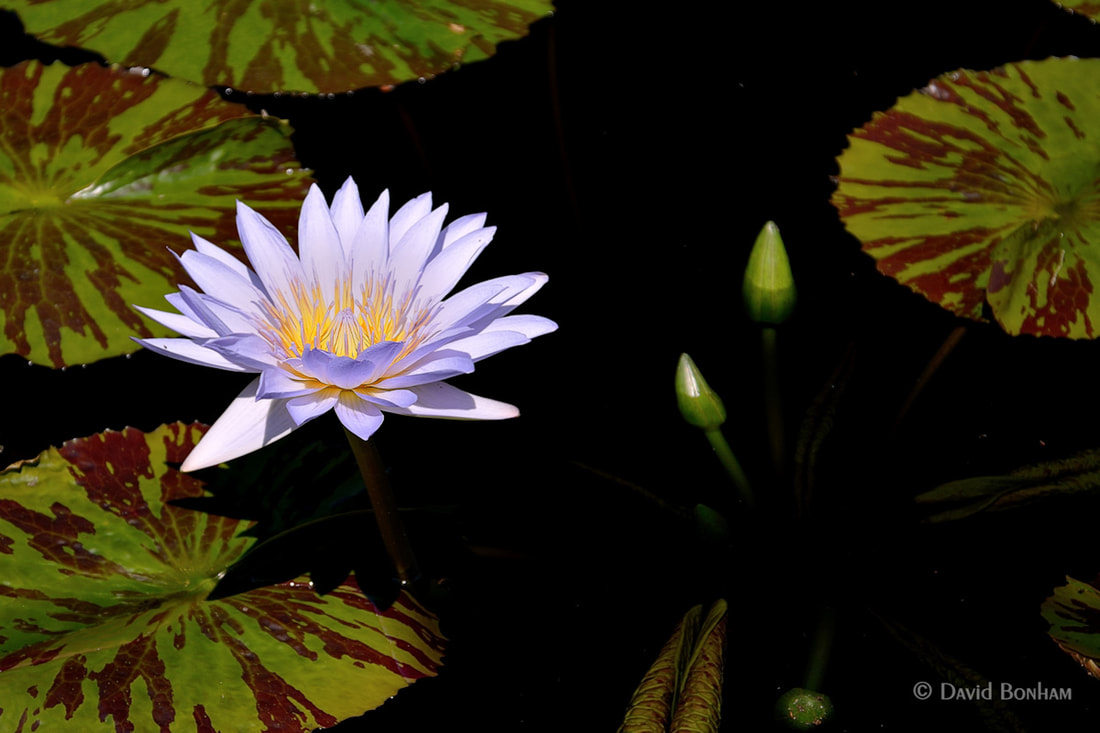 I’ve said it before and I’ll probably say it again every time I post a shot of Chihuly glass:  for me this adds nothing to the natural beauty of a garden and I think it actually cheapens the look.  Cheapens it with a very, very expense piece of glass.  As a piece if art by itself the glass is okay, but I mean how does a giant, pinkish glass onion add to the natural beauty.   What gets me is that Chihuly glass shows up in botanical gardens all across the US.  I have nothing against the artist, in fact I think Mr. Chihuly is a marketing/sales genius. 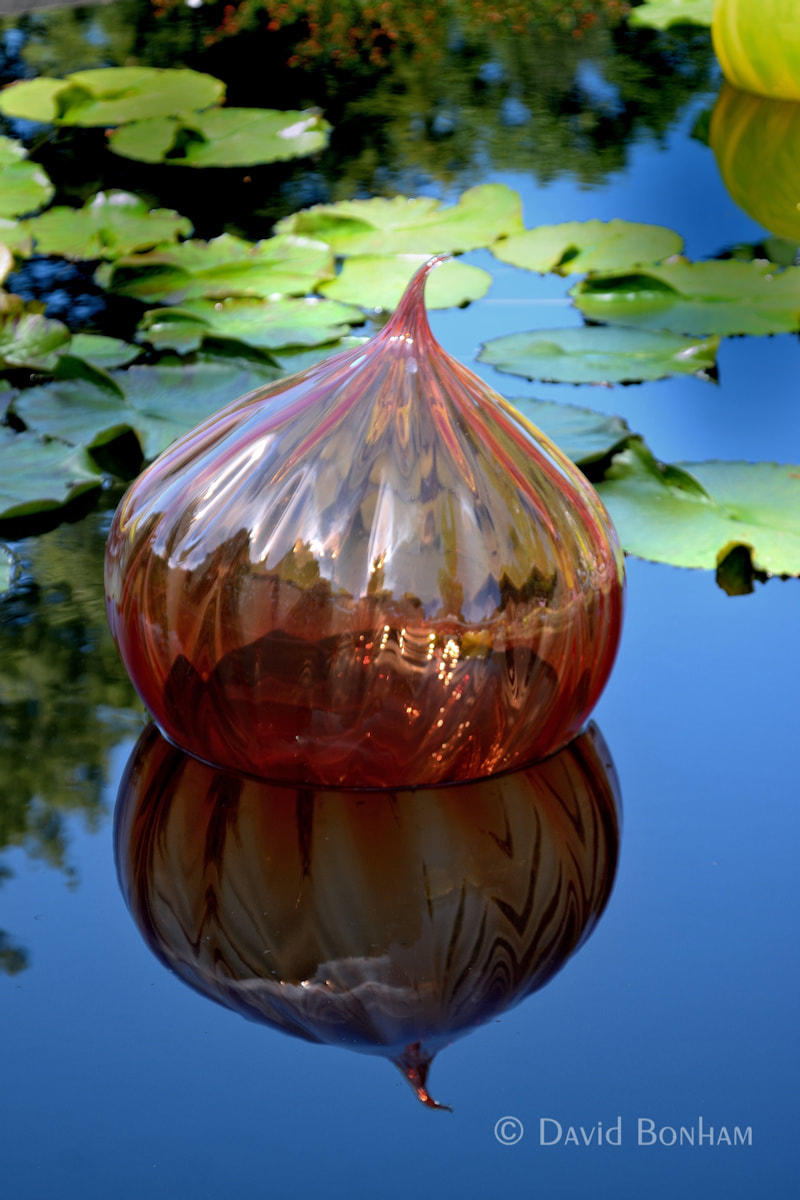 Is in case you were hoping for a bit of dry, boring information I’ll point out that this is a statue of Juno, queen of the Roman gods and protectress of marriage.  It’s by Italian sculptor Carlo Nicoli and is located at the center of the Victorian Garden on the east side of the Tower Grove House. 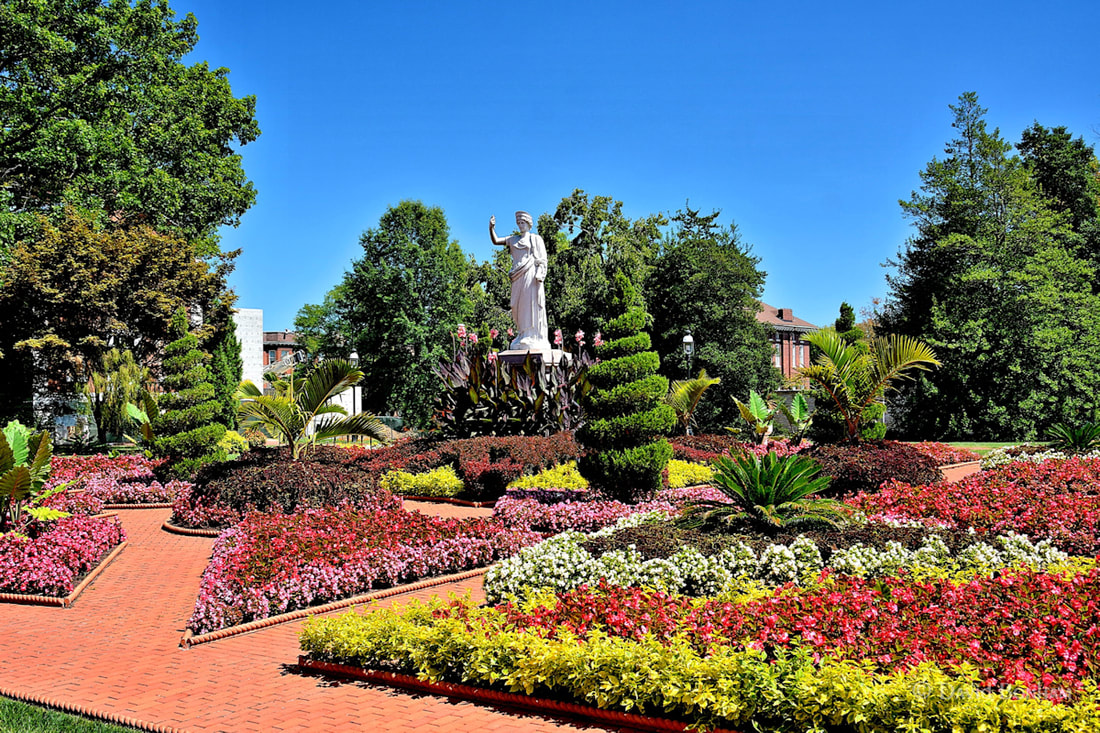 Often when photographing a flower I am so intent on focus, lighting, and angle that I don’t notice when there is an insect on the flower. 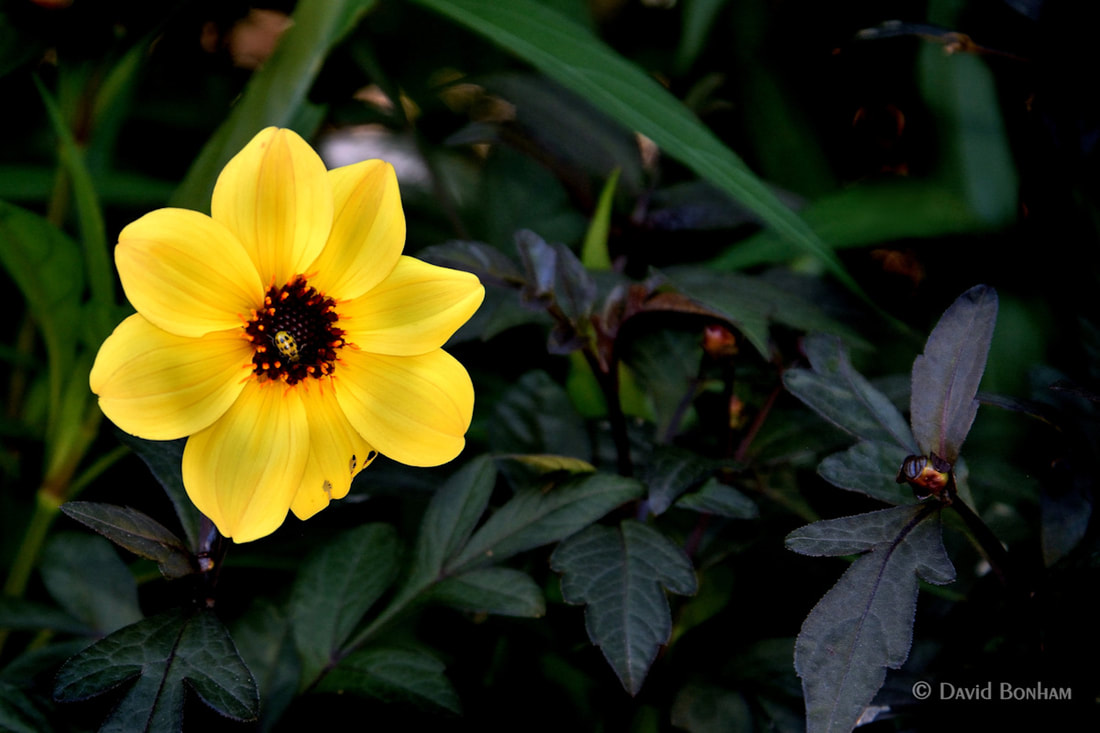 But this time I did notice the insect, a spotted cucumber beetle, and moved in for a closer look.  Unfortunately the lens I had that day was the 24-85mm zoom instead of the 105mm macro. 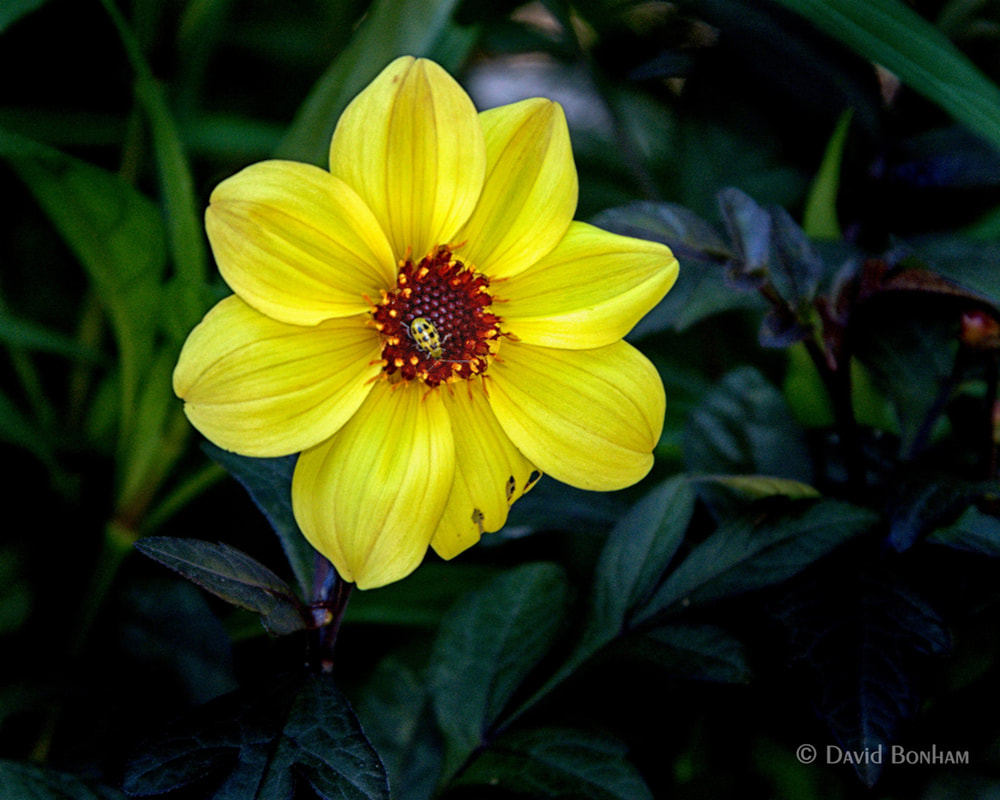 This festival is one that really draws a lot of interestingly dressed people.  (Which is why I went to a botanical garden with a 24-85mm zoom instead of a macro.)  Usually a lot of young ladies in anime costumes and guys dressed as ninjas or samurai warriors.  One of my friends and I wanted to sit on a nearby bench and people watch.  I was hopping to get lots of photos of the various “characters”.  However our wives wanted to stroll the garden.  My friend and I didn’t want to do that … but stroll we did.  In the end this was another missed opportunity for some people photography.  I only got two shots before we had to stroll but at least they were real people this time instead of dummies like at the International Festival.

I think this man’s shirt gives him much more credit than he deserves. 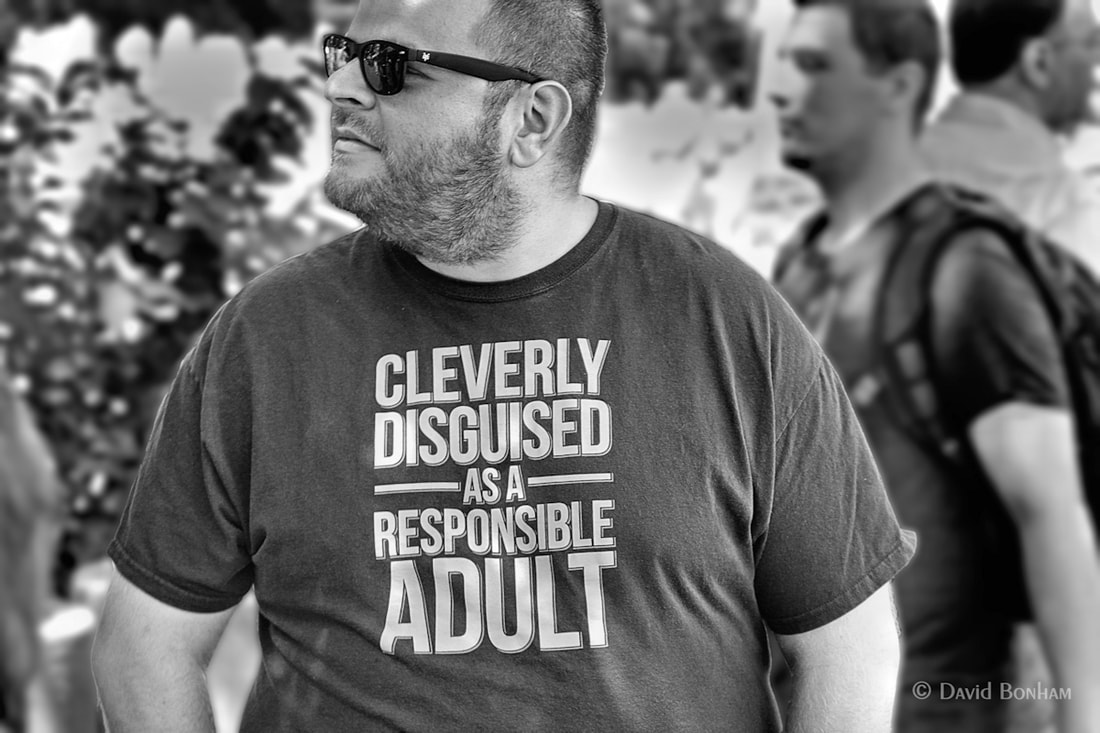 Thank goodness a picture is worth a thousand words because I don’t know where I would even begin to start. 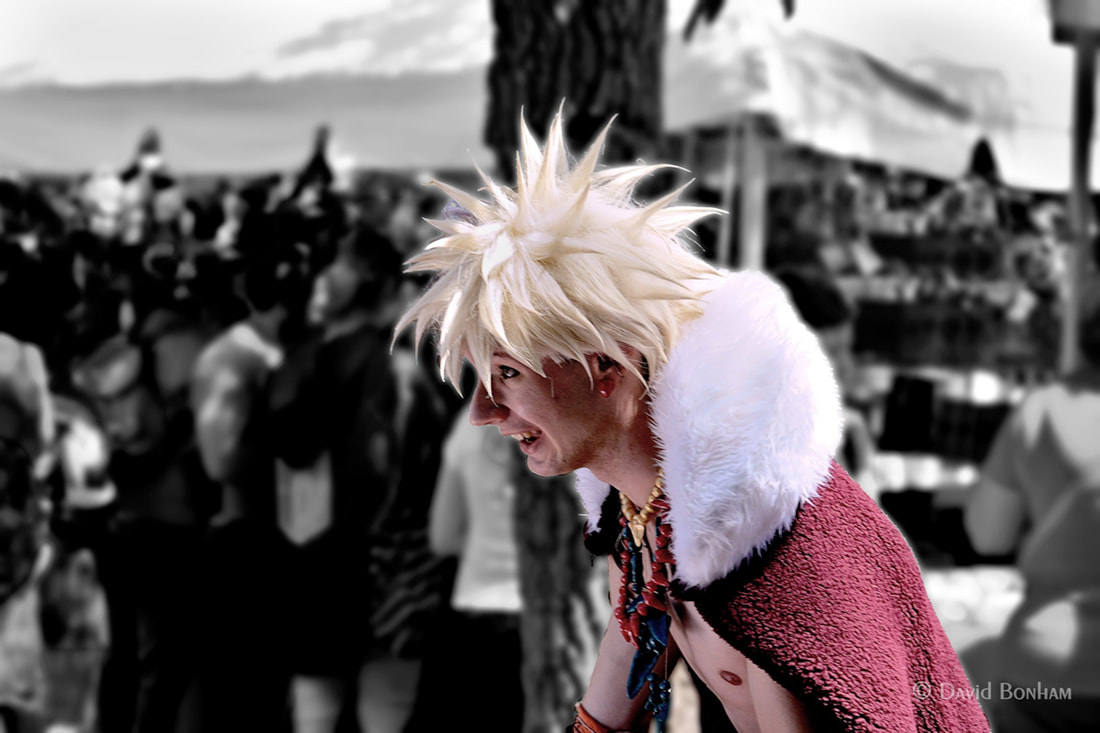 As I sometimes do I am ending this post wait a shot similar to the one the post began with. 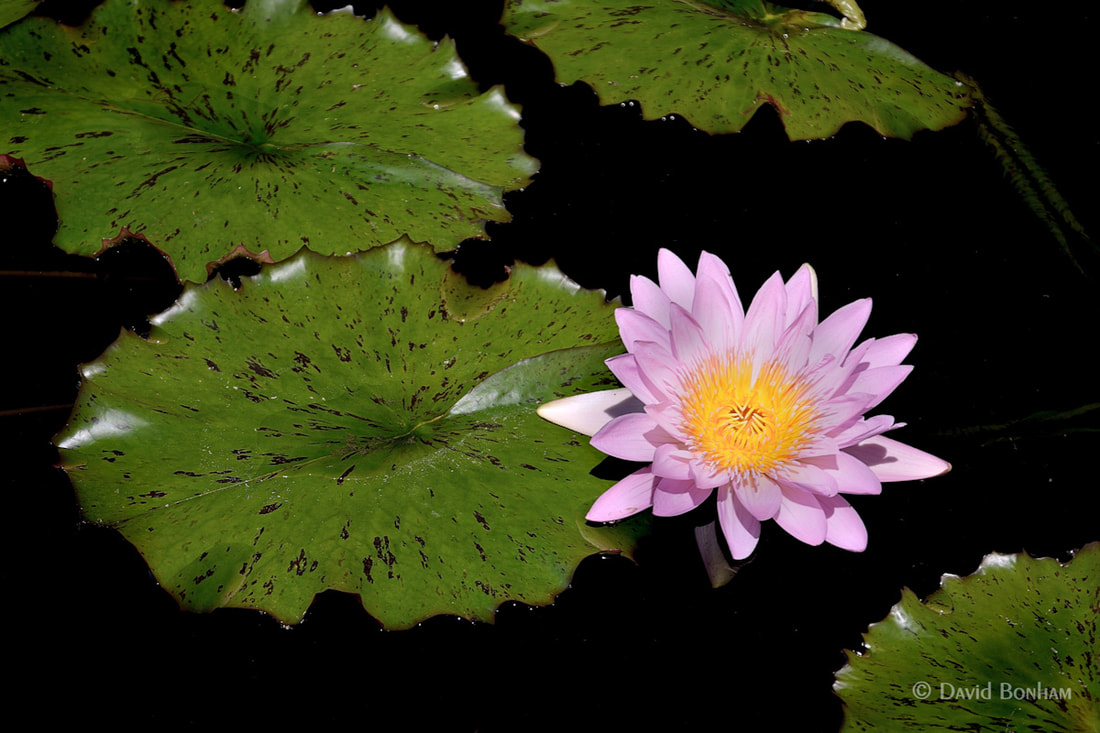