One spring day my wife and I took our then one year old grandson to the Missouri Botanical Garden to enjoy the weather and quite frankly to kill some time.  We decide to head to the Japanese garden where he could feed the koi and ducks as he was now old enough to really enjoy it … or be afraid.  Turns out he enjoyed it.

At the southeast end of the lake in the Japanese garden there is a small out of the way cove with a wide, twenty foot or so long bridge that crosses the cove at its entrance.  At both ends of the bridge are a couple of machines filled with food to feed the ducks and fish.  I put a couple of quarters worth of feed in a plastic sandwich bag and my wife, grandson, and I (but mainly the grandson) started feeding the fish.  I eventually pulled away from the activity to start taking pictures of them and the fish.

I started out taking pictures of the koi from the lake side of the bridge with the cove behind me. 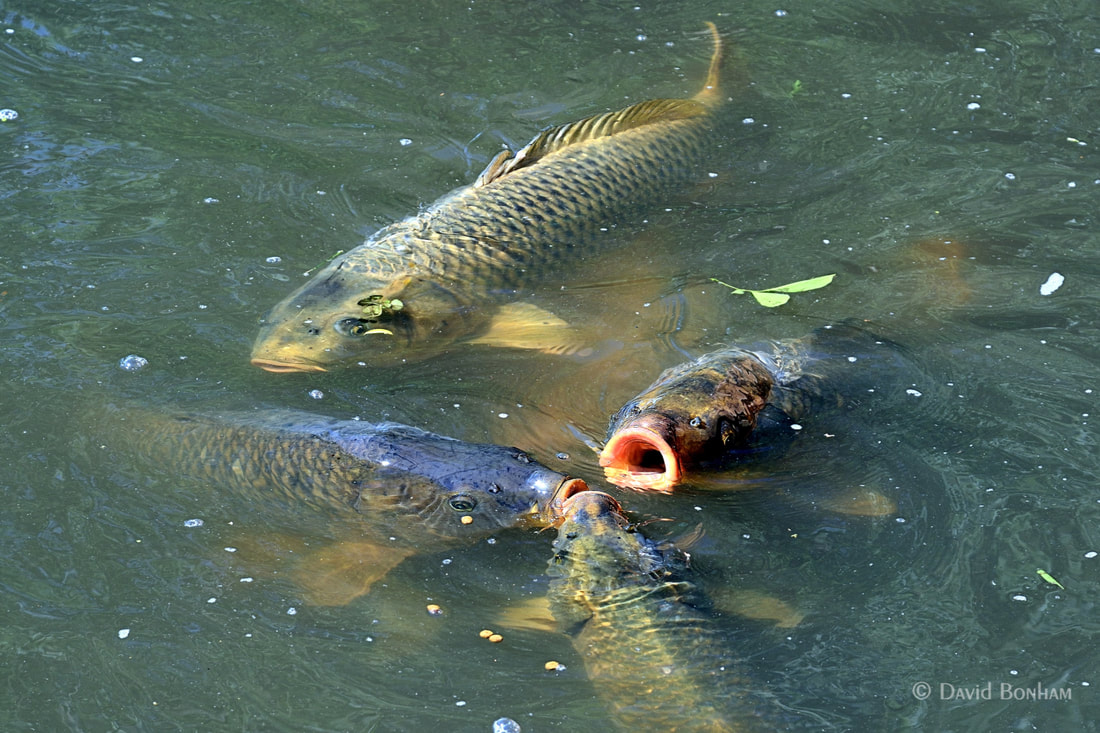 They’re really not the prettiest of fish. 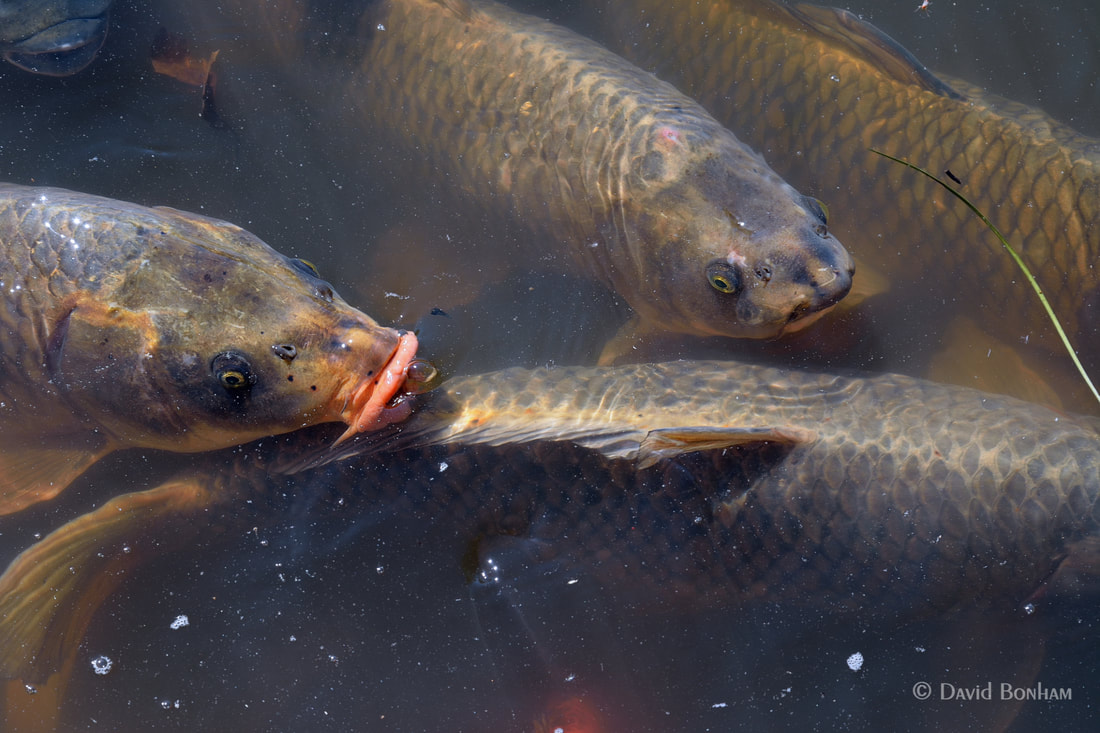 I think that if I toned down the highlights significantly and reduced the exposure on these next two photos they might pass for Rembrandt paintings.  Then again maybe not. 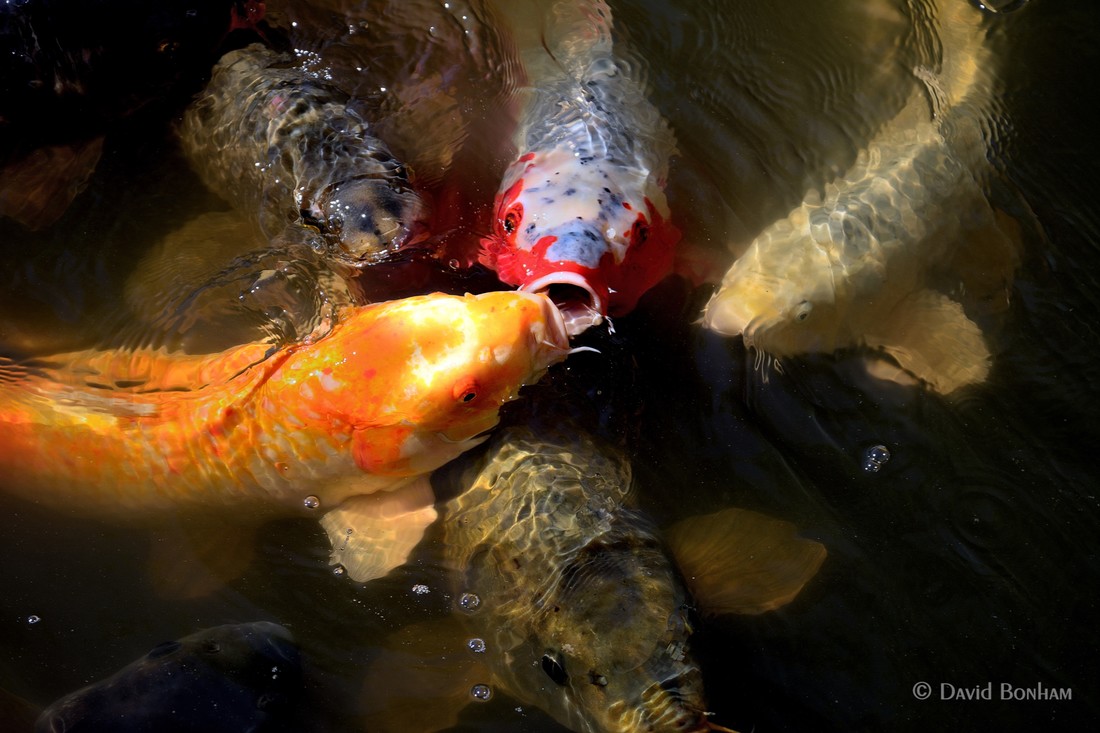 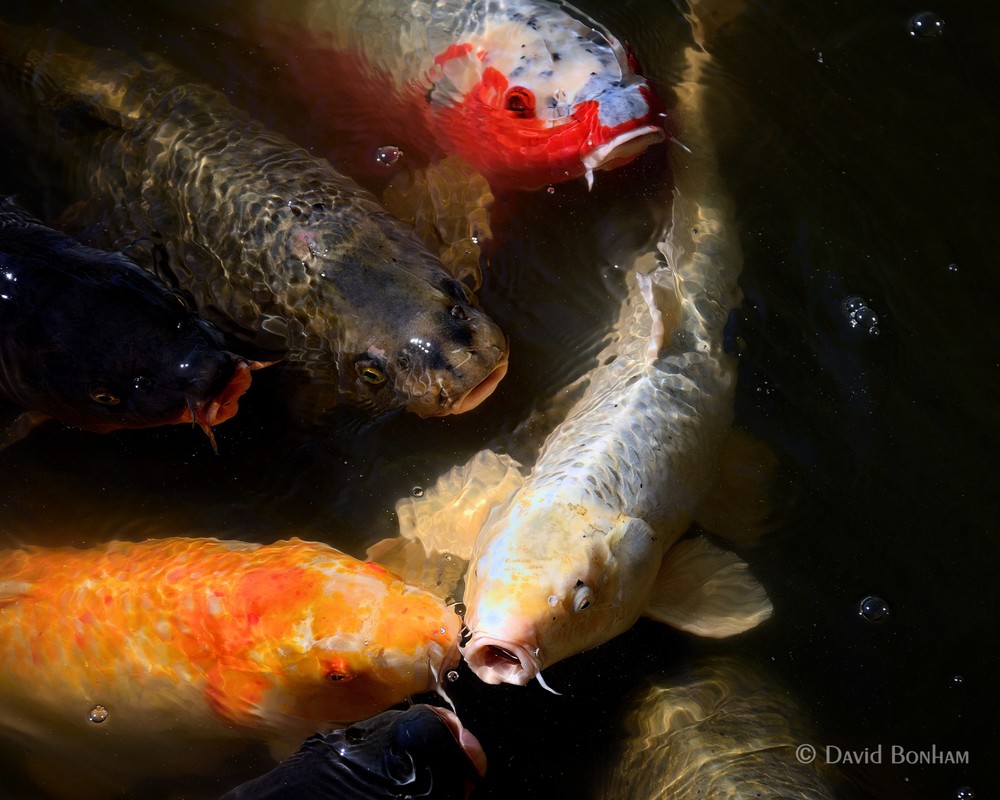 I was photographing this wood duck when behind me there arose such a clatter that I sprang to the other side to see what was the matter.  (That’s not plagiarism is it?) 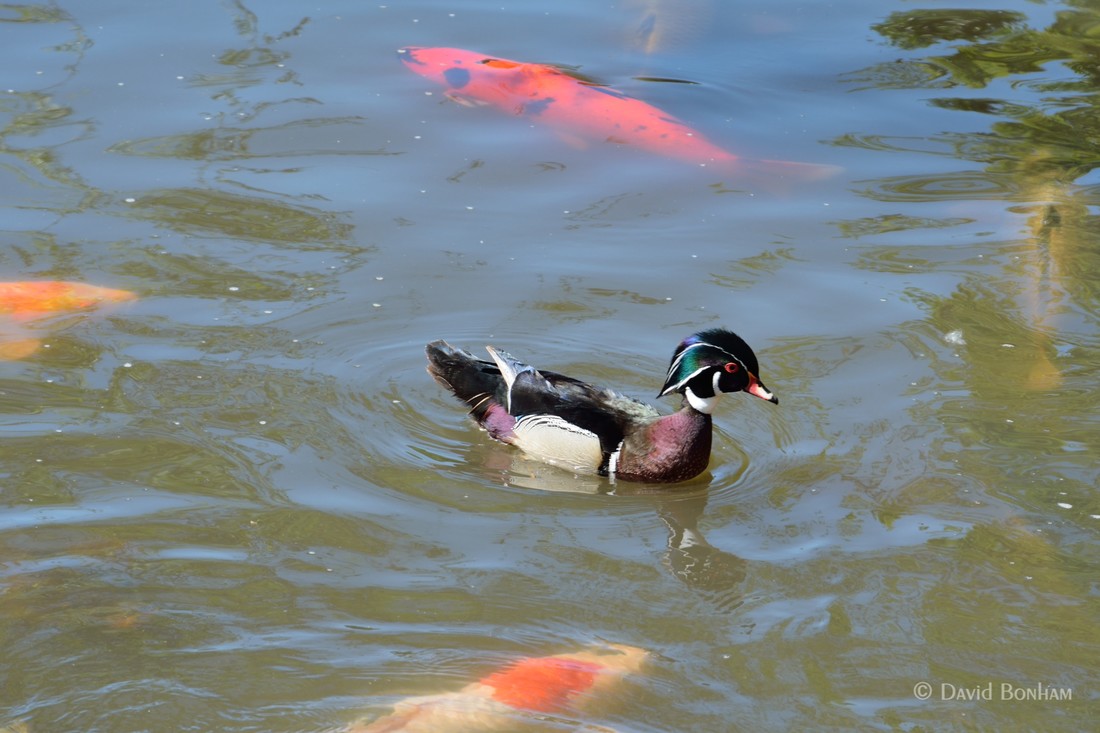 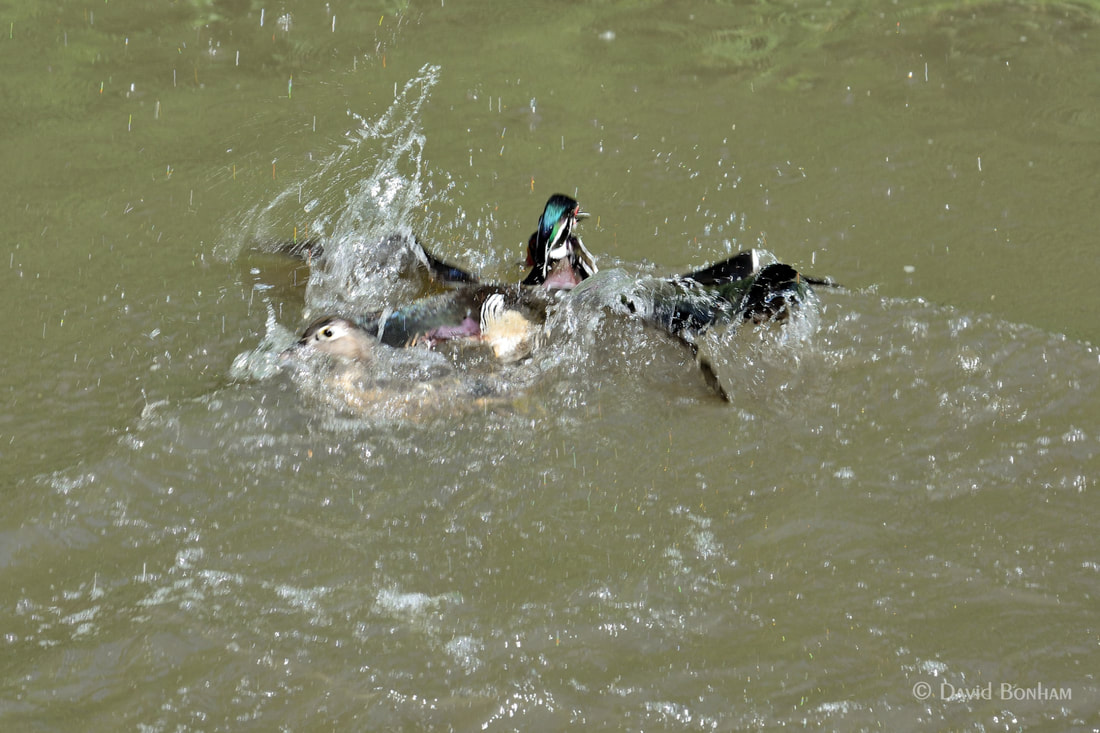 Evidently one male wood duck had decided he was going to take another’s mate and the other was having nothing to do with that.  The female wanted no part in the fight and you can see her leaving in the lower left. 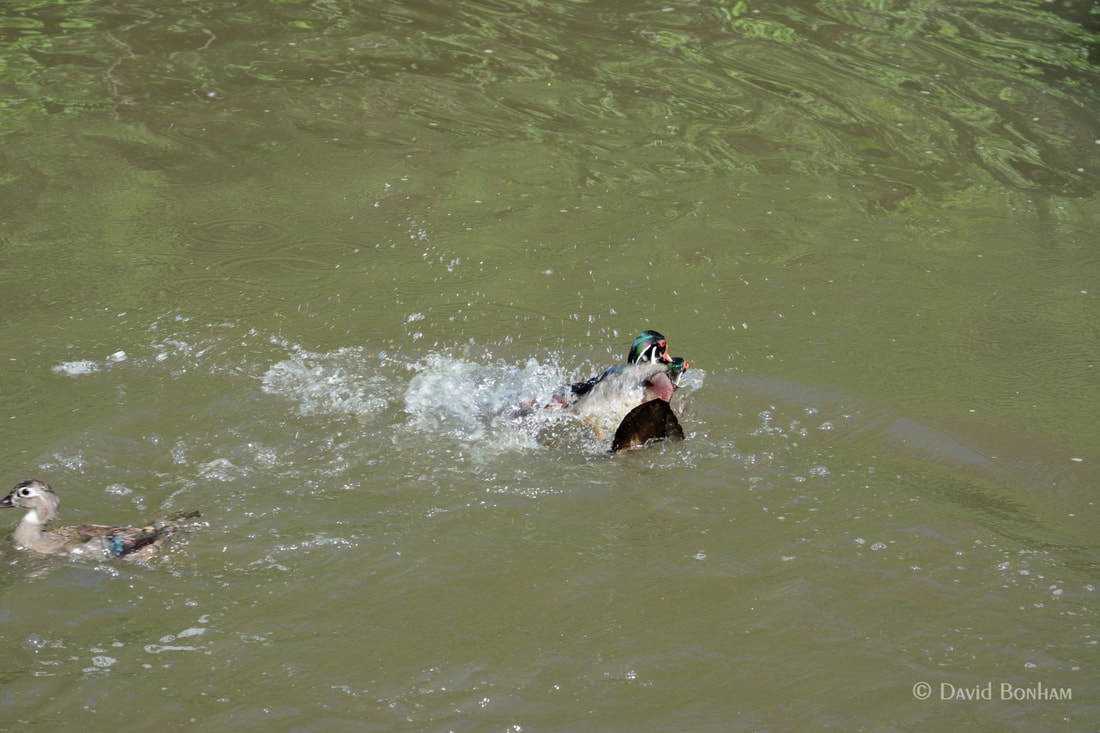 The two males went at it for quite a while. 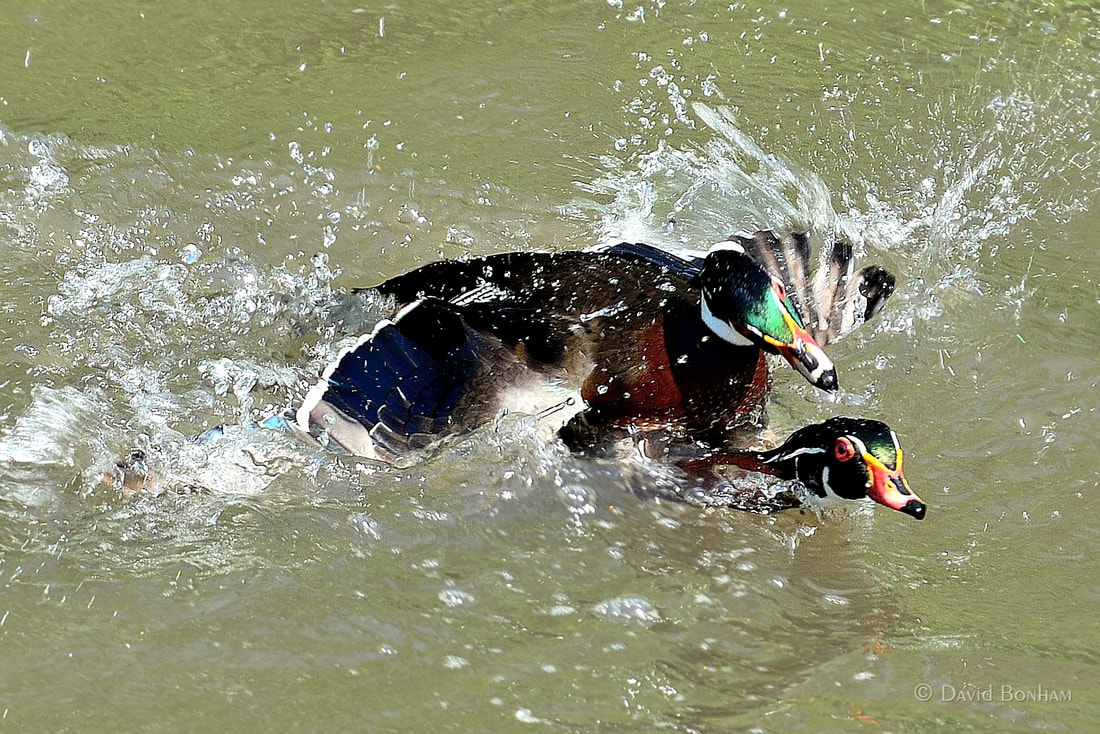 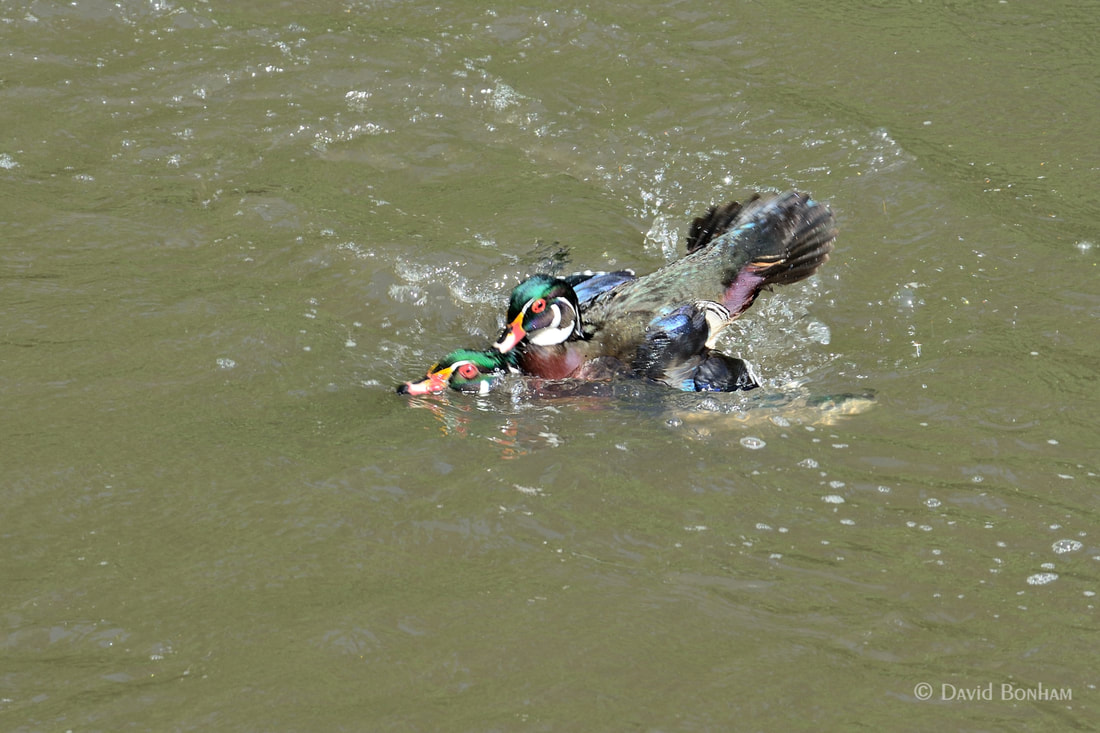 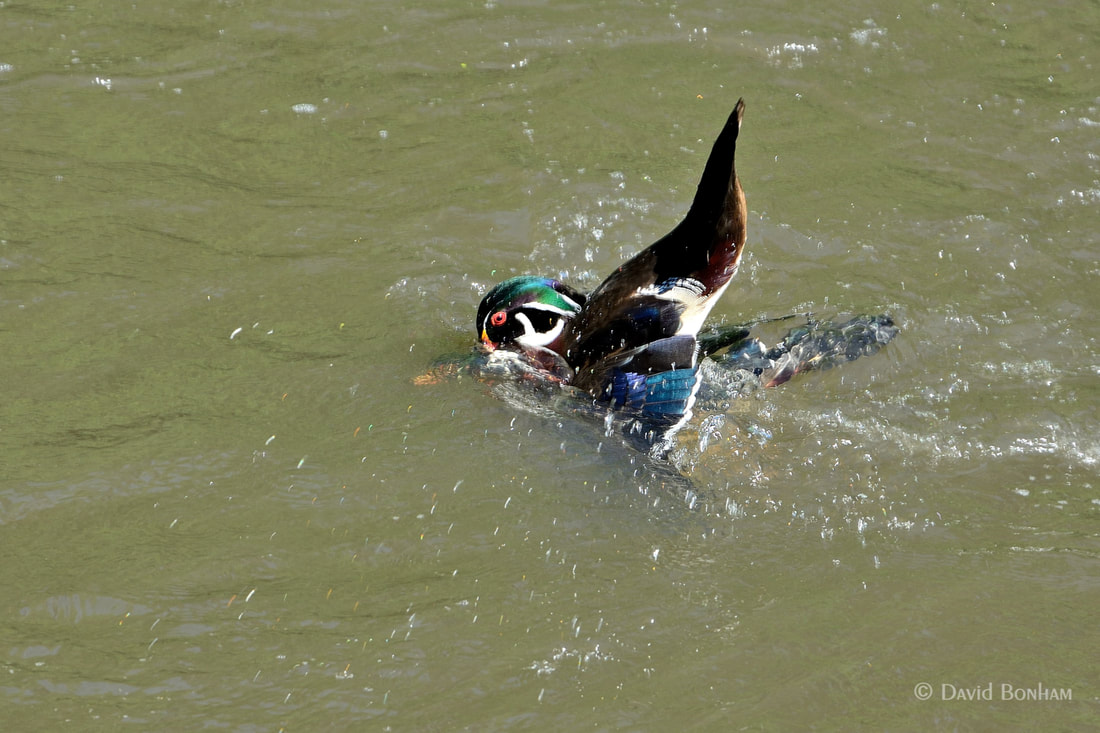 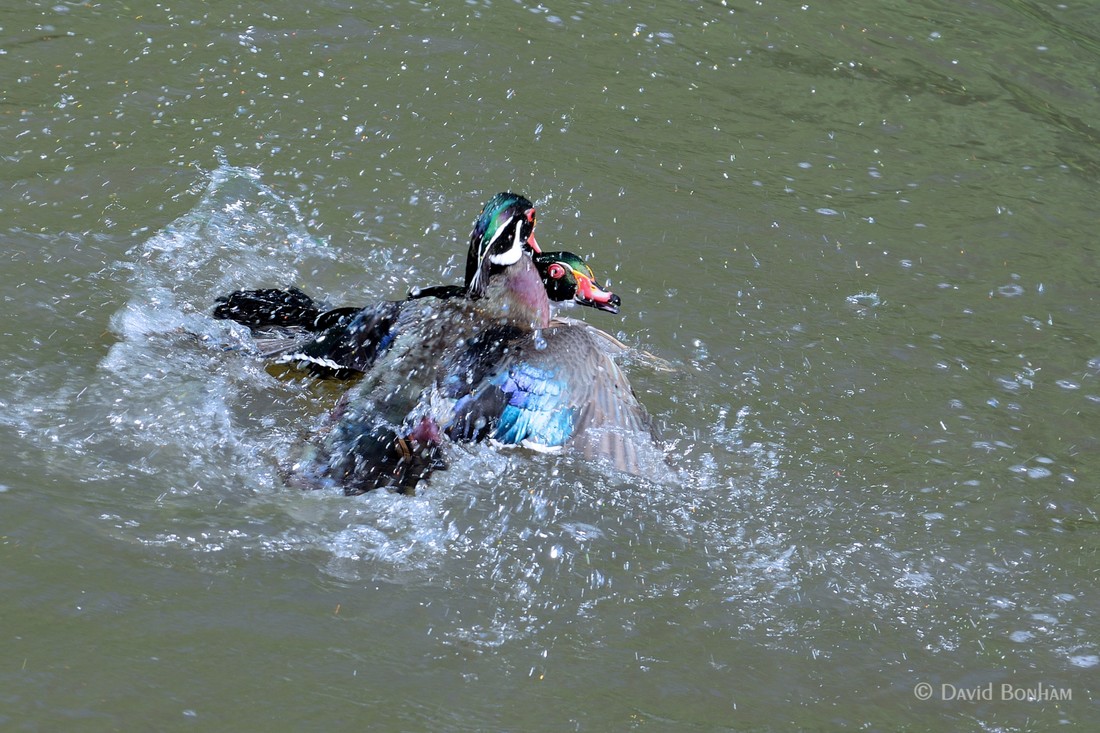 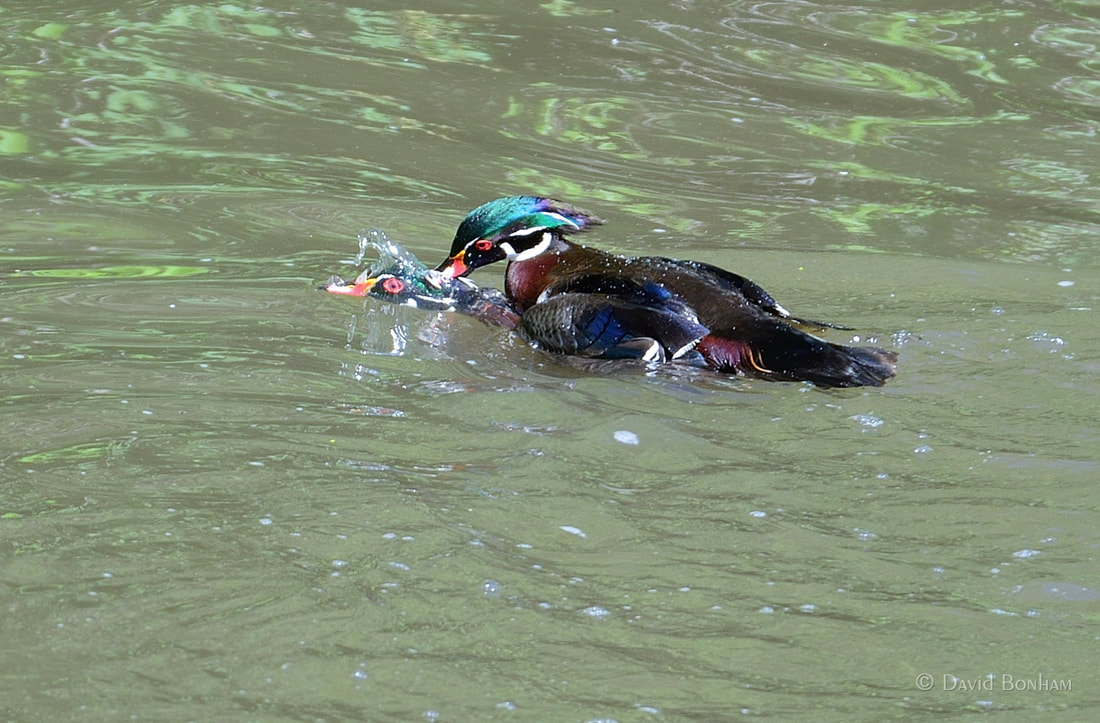 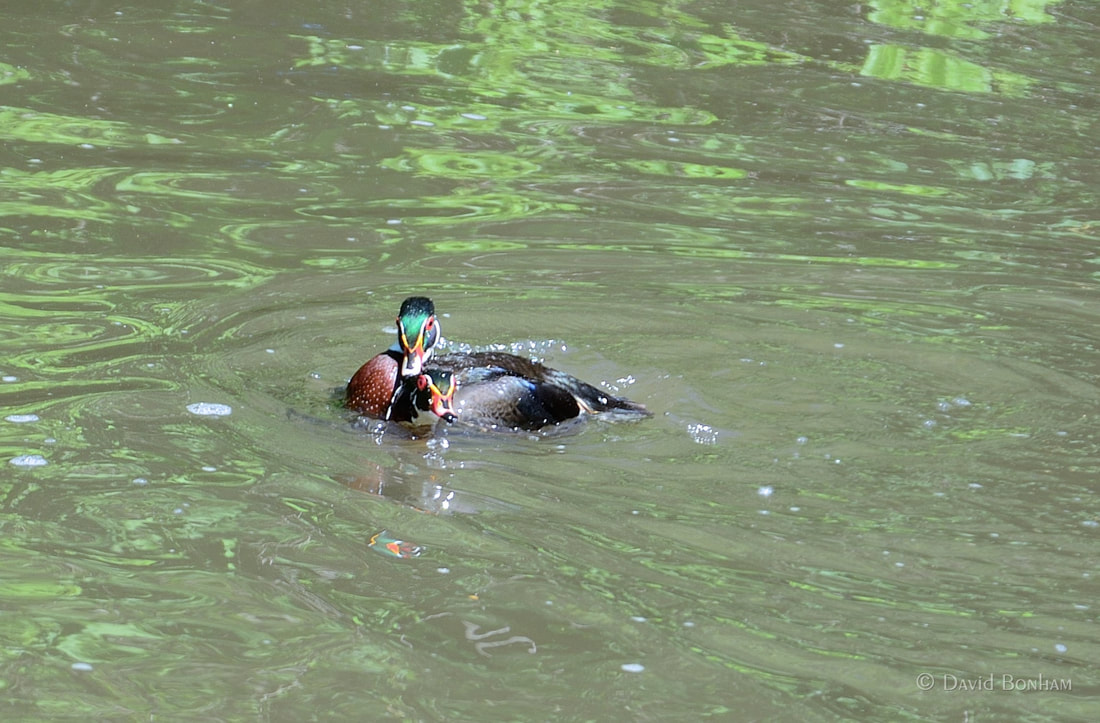 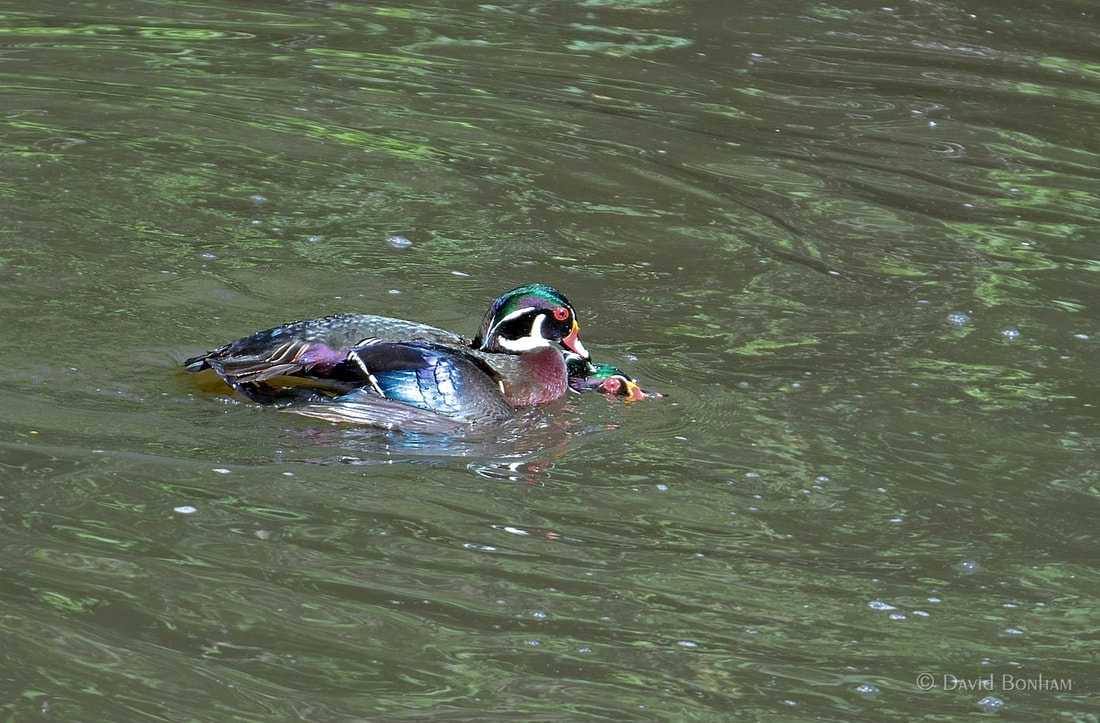 Finally when it looked as though the intruded had been subdued and was under control – he got loose and took off! 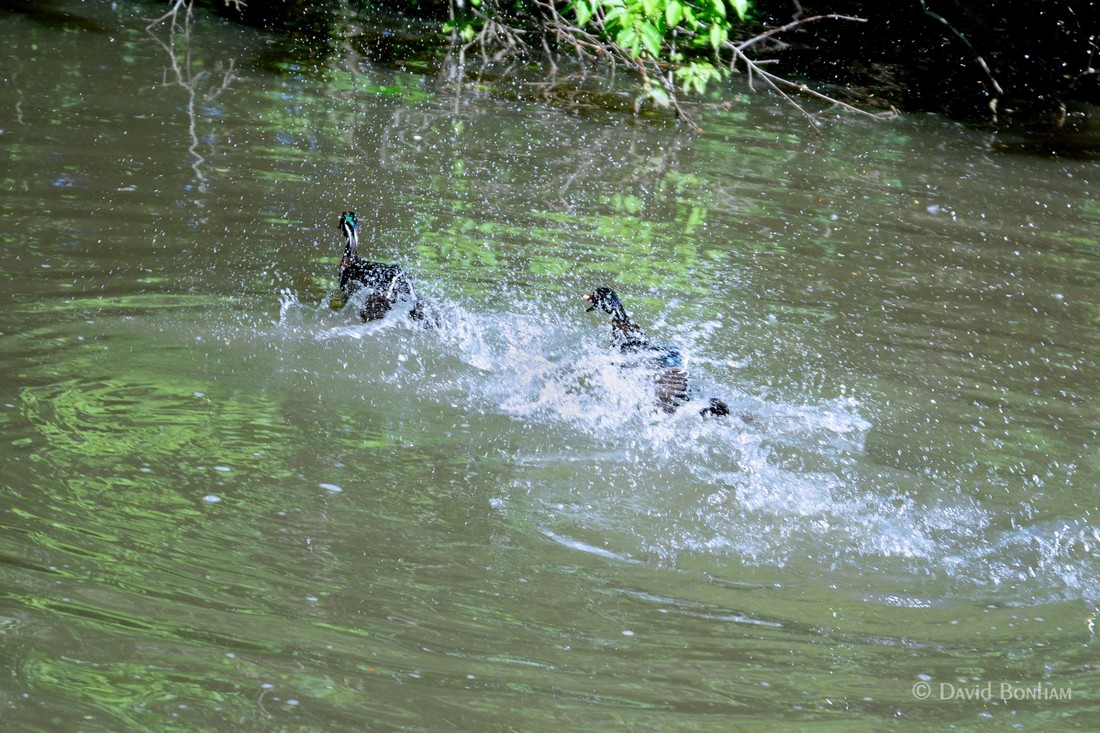 He was chased around the cove a couple of times before being finally chased away for good.  Well … I guess that’s not totally honest reporting.  We left about ten minutes later and the intruder could have come back then, or that evening, or the next day; you see where I’m going with this don’t you?  The truth is I don’t know that he was actually chased away for good, just for the remainder of our stay.  Whew!  I feel better now having set the record straight. 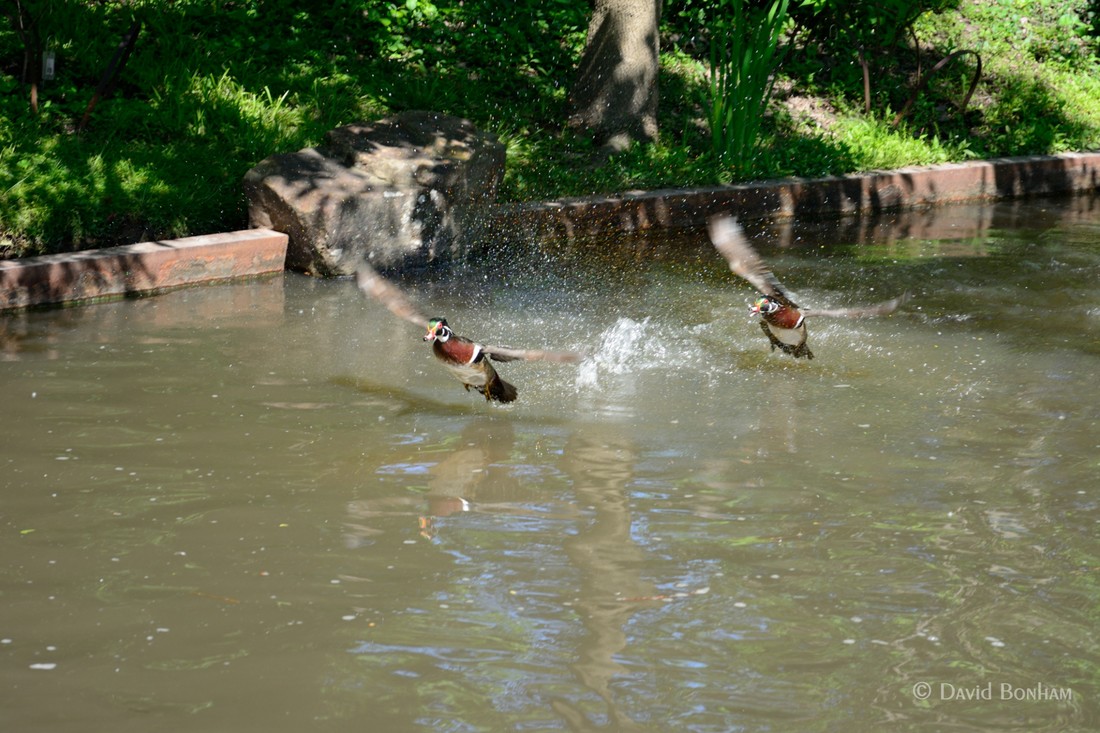 The winner turned around and swam to find his mate. 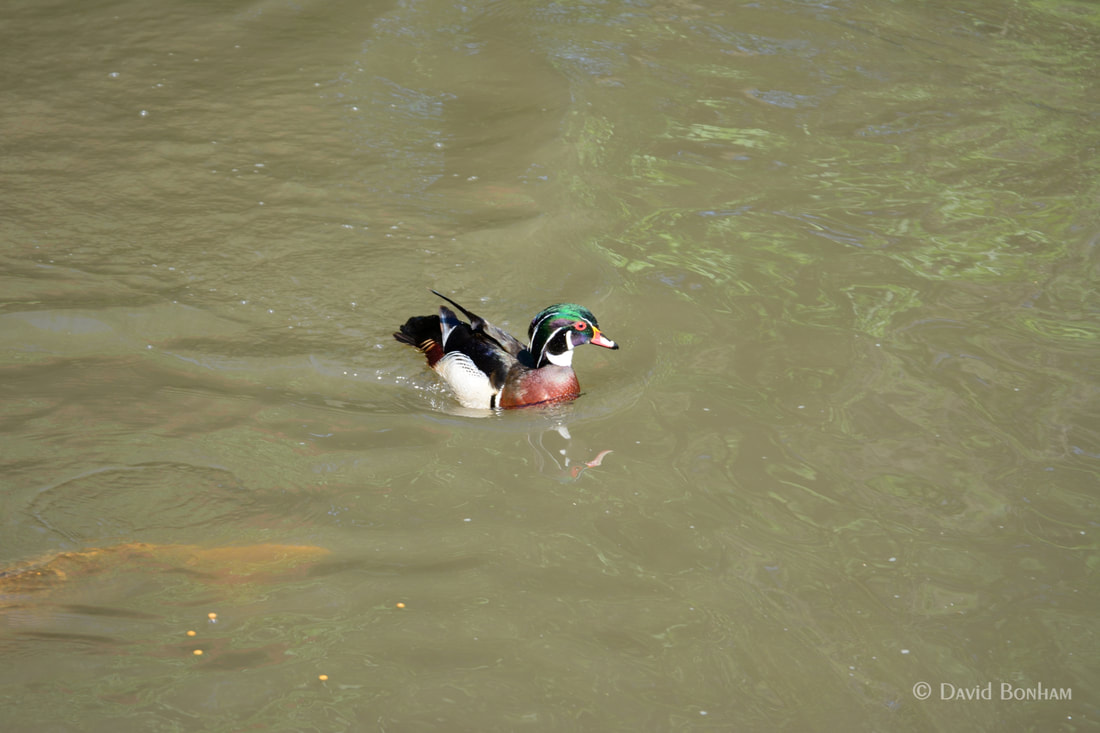 They caught up with each other among the koi. 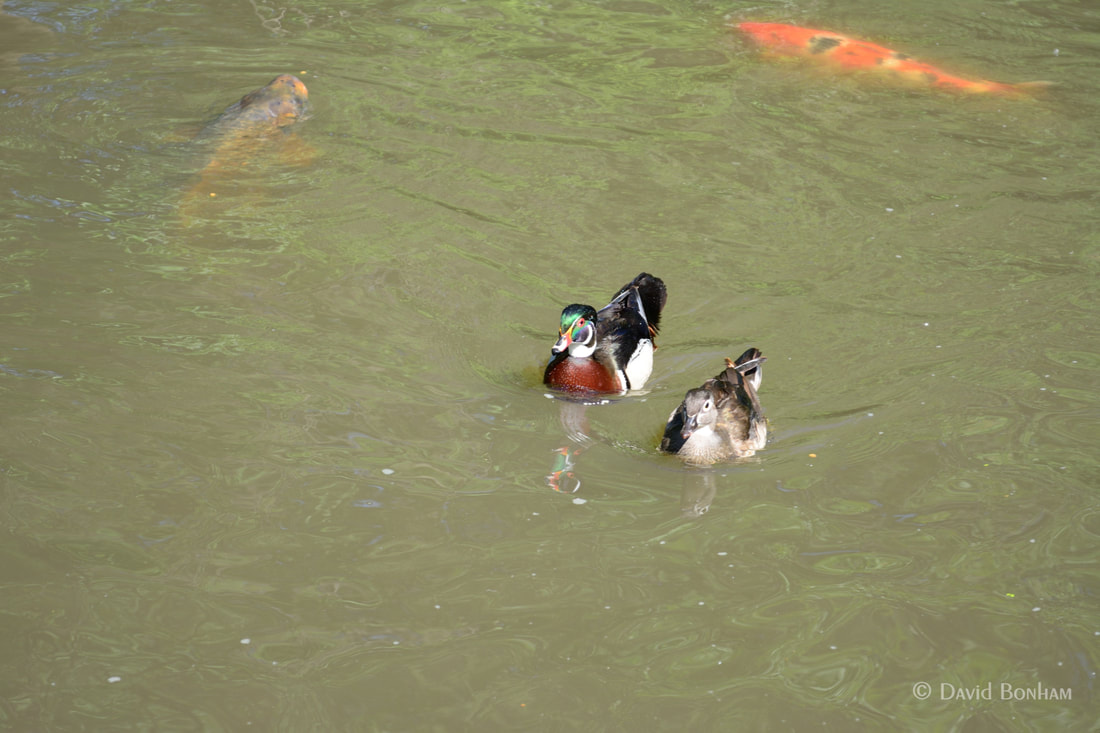 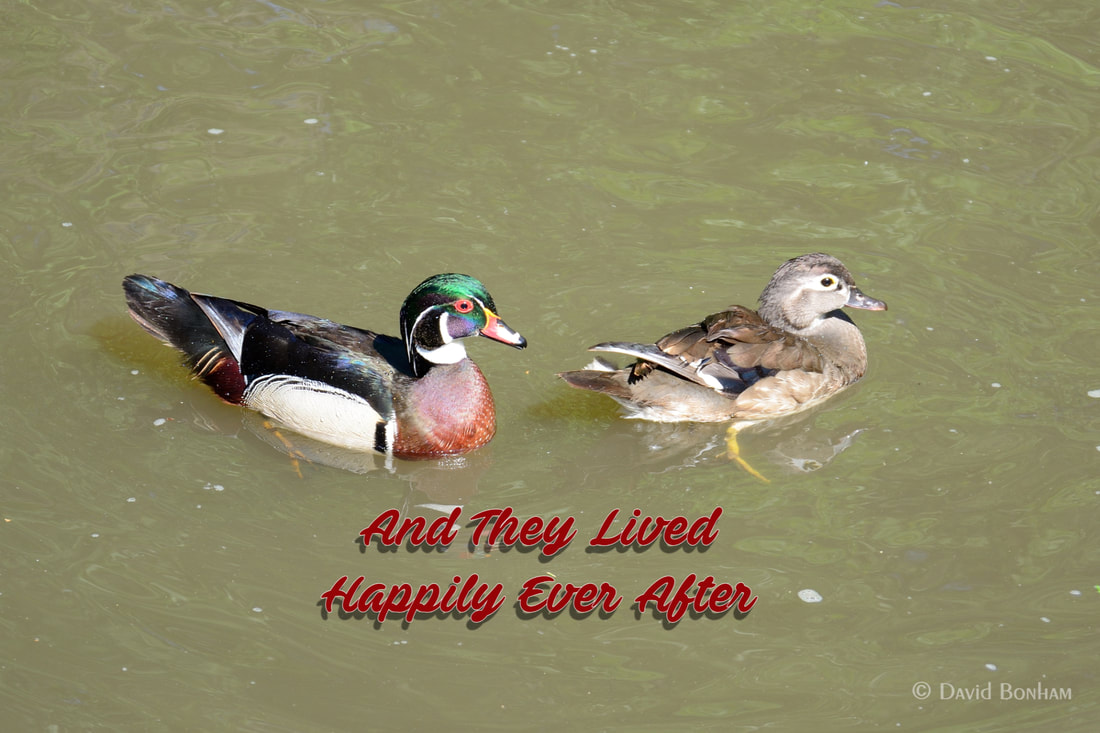