One nice thing about macro photography of flowers or insects is that you can go to a garden (in this case the small one in my backyard) with the intent of photographing X (in this case some cosmoses) and end up photography Y completely unexpectedly (as I did here).

Do bee be alive, or do bee be dead, or do bee be asleep?  Just what do de bee be doing?  Those be the questions I had about this bee.  Of course they were just thoughts in my head and phrased with much better grammar than what I wrote here.

It wasn’t that late in the morning, and was not a cool morning but this bee was hanging motionless and not disturbed by anything I did.  Maybe if I got in closer I could figure out the bee’s state of being. 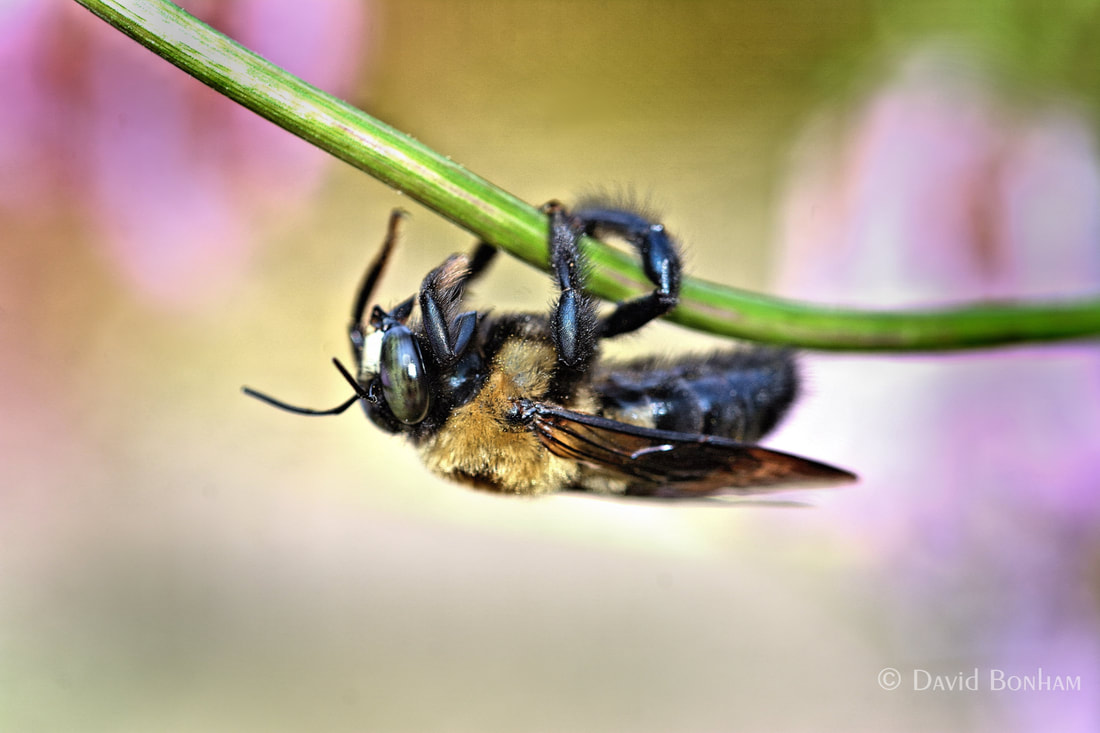 Nope.  Can’t see anything different here, except an ant appeared out of nowhere.  Maybe the ant is sensing something?  Maybe even closer might help. 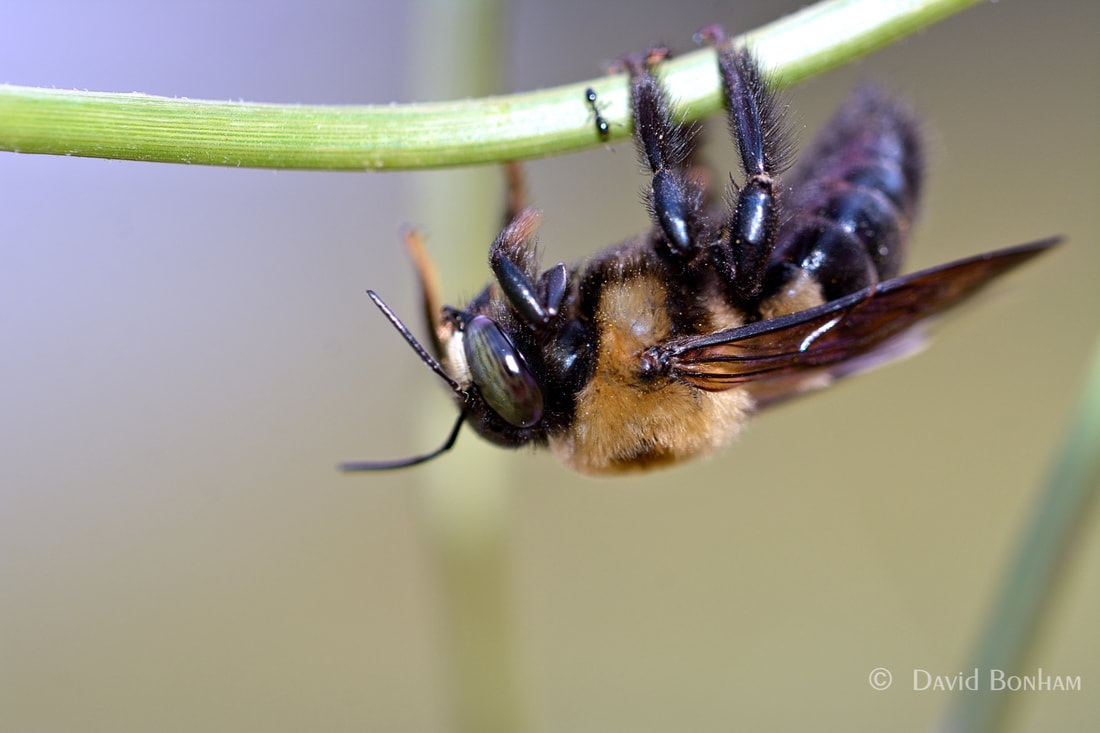 No, not at all.  Maybe a different angle? 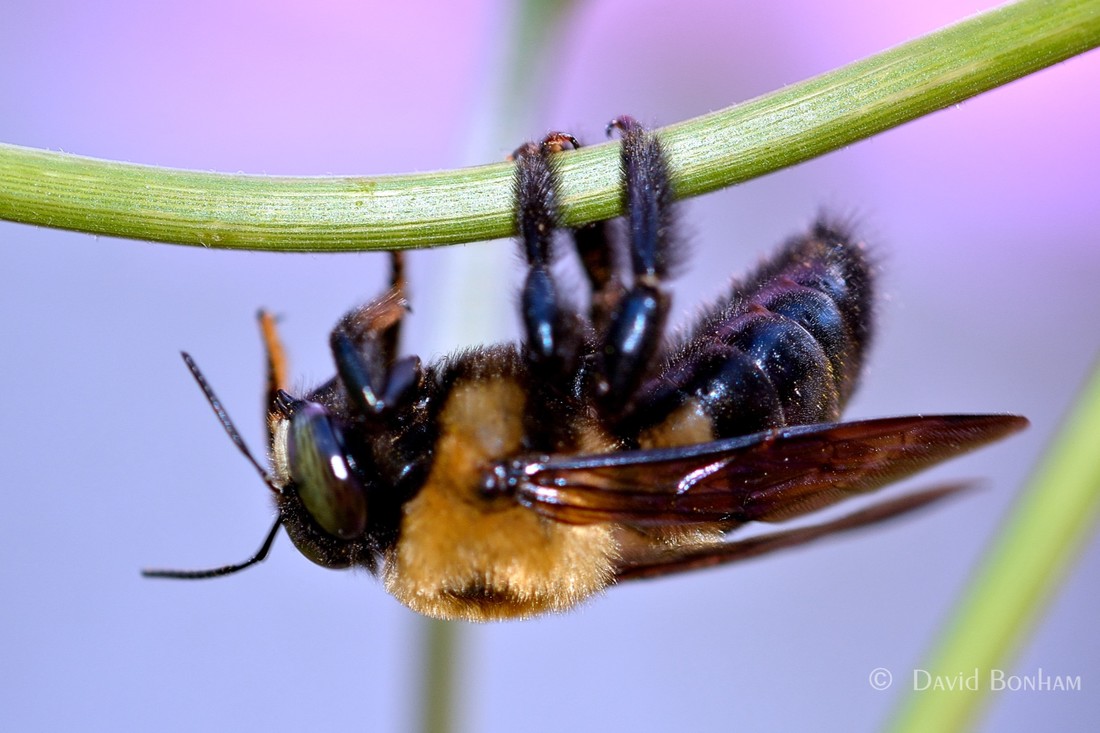 Uh uh.  Maybe close up from this angle? 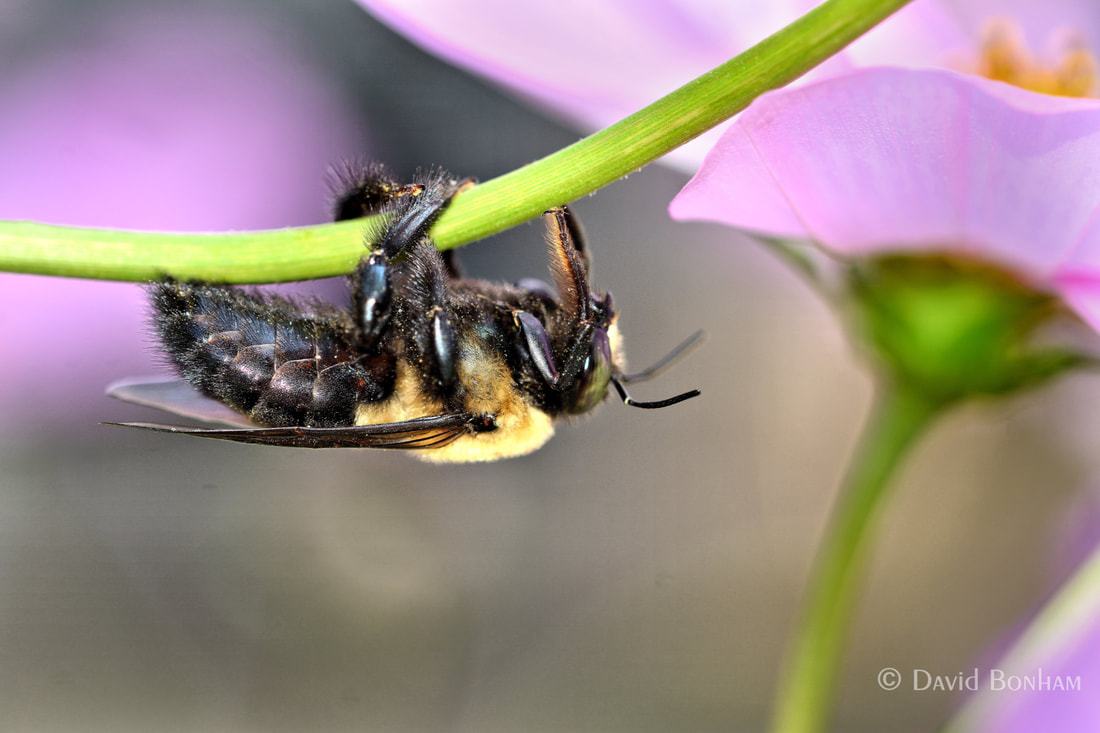 Tells me nothing.  Let’s try another angle. 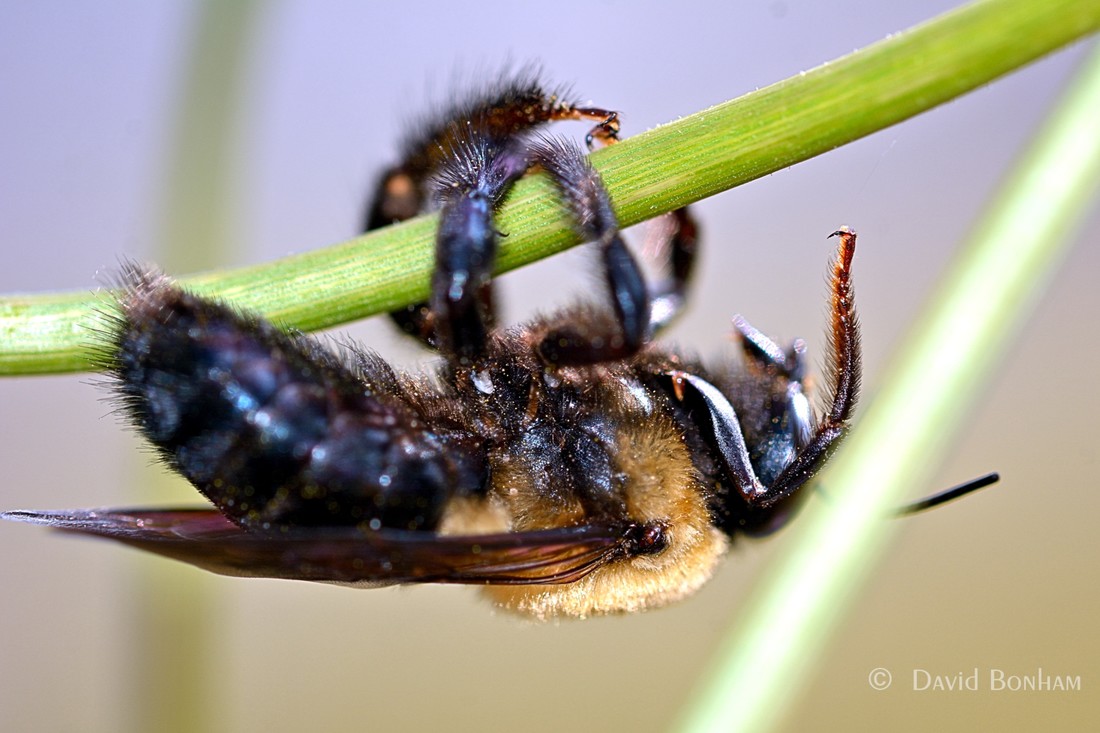 I give up, you’d have to be a some sort of entomologist veterinarian to figure out what’s going on with this bee’s being. 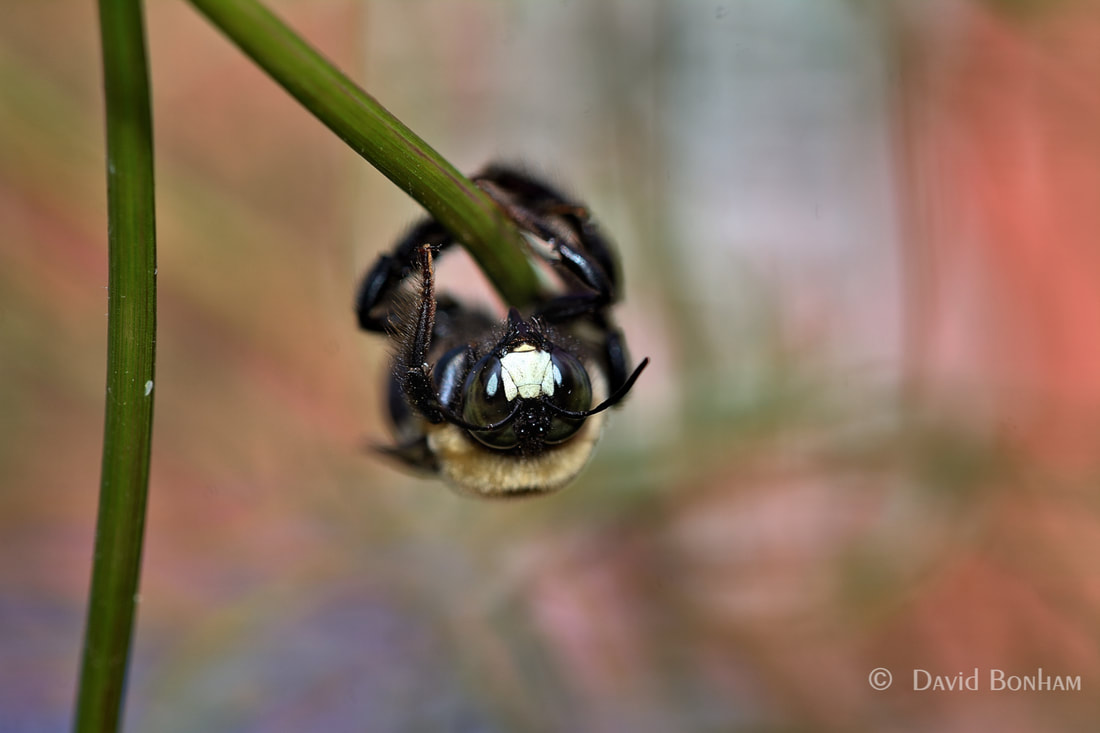 Let’s end on a brighter note.  A different bee with a livelier shot.  I know there are queen bees.  If there is such a thing as princess bees I think this is one. 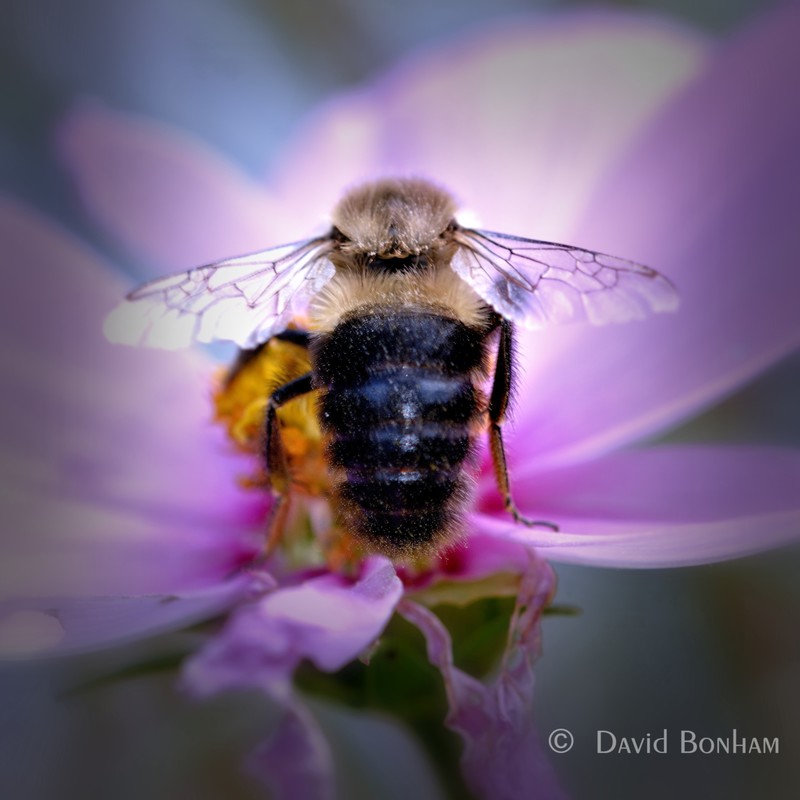 Thank you for stopping by and FYI, I went back out about an hour later and the bee was not there.  Not where it was hanging earlier nor on the ground.  It either flew away or was carried away – if you catch my drift.