For two weeks now I’ve said I was going to tell you how I rated Orange Beach to the various beach locations where we’ve stayed.  I know the suspense must be killing you so rather than wait till the end of this post I go ahead and tell you now.

Let’s start with the pros and cons.

Pros:  1.) very nice condo building  2.) excellent condo unit with large new rooms very comfortably furnished  3.) 32nd floor was way fun for photography  4.) all the restaurants we went to were better than average with one being excellent (the positive restaurant experiences were influenced in no small part by the fact that it was off season – we never had a wait.)

Cons:  1.) Beach at the condo had a sharp drop off at water’s edge make walking very difficult until you walked about 50 yards either way.  I’m very fussy about be able to walk on my beaches  2.)  There was very little deck area around pool for lounges, the big lounge area was about 30 or 40 feet way from one end of the pool.  For me  a large portion of the enjoyment of laying out by the pool is people watching, aka gawking.  3.)  Condo was on the main highway so couldn’t just walk around and no place to walk to for a few miles  4.) No place to go unless you drove  5.) Driving was a pain because it was 4-lane busy highway; would probably make my blood boil during busy season  6.)  Limited attractions in the area.

This is the type of place to go to if all you want to do is stay in your room, at the pool, or on the beach or if you don’t mind driving large distance to find an activity.  But if you like to walk around looking at gift shops, local cafes, restaurants, snack bars, etc. forget it.  Ain’t gonna happen here.

I rank Orange Beach, Alabama and Destin, Florida as the two worst beach vacation spots for the type of activities and accommodations I like.  Except for the drop off at water’s edge, the cons of Destin are almost the exact same as Orange Beach.  The problem is these are beach destinations originally built away from a town’s shopping area out in the boonies were land was cheaper.  Now both areas have mile after mile of huge high rise condo complexes with multiple buildings.  This concentrates thousand of people in a small area generally serviced by just one east/west road/highway.

So what’s my favorite beach vacation.  I can’t say anything negative about the beaches I’ve visited in Hawaii and California, except it cost too much to get there.  If I could I go to either in a heartbeat.  My favorite and the family’s favorite is still St. Pete’s Beach, Florida.

SPB is on a small island off the southwestern part of St. Petersburg which is across the bay from Tampa.  When we first started going to SPB I would guess that 99% of the hotels, restaurants, and retail shops were mom and pop operations.  About the only thing representing national chain type operations were the four or five gas stations, and a Pizza Hut.  The only regional type operations were a Piggly Wiggly store, an Eckerds drug store, and a Publix supermarket.  All in all it was like a small Midwestern town but with a beach and lots of sunshine and warm weather.

Things started to change a lot in the mid to late 1980s.  All of our favorite gift and souvenir shops got bought out by regional chains and the ones not bought our (including two of our favorites) closed up.  Also one or two mom and pop motels on the beach were bought out and replaces with condos.  At least they are low rise condos.  Fortunately this trend didn’t get too crazy and completely change the nature of St. Pete’s.  I was happy to see that the chain that had bought out so many of the gifts shops ranging from SPB all the way up to Clearwater was no longer there.  My guess is the tried to do too much to fast.

We last went to SPB two years ago and things were still pretty much the same.  I’m just hoping that’s because the city government is actively managing what changes take place and not because two years ago was the tail end of a prolonged slump in commercial and residential real estate.  We are going to SPB at the end of July and I’m anxious to see what it looks and feels like.

So yes, St. Pete’s Beach is still my favorite by a long shot.  I don’t mean to trash Orange Beach or Destin they are both very nice areas.  And they can’t be that bad given that millions of people visit these spots each year; they’re just not my cup of tea.

Now let’s get to some photos from Orange Beach.

For the first two days the purple flags were out because of all the jelly fish which meant we weren’t about to get in the water except to wade ankle deep.  This jelly fish is about the size of a medium sized dinner plate. 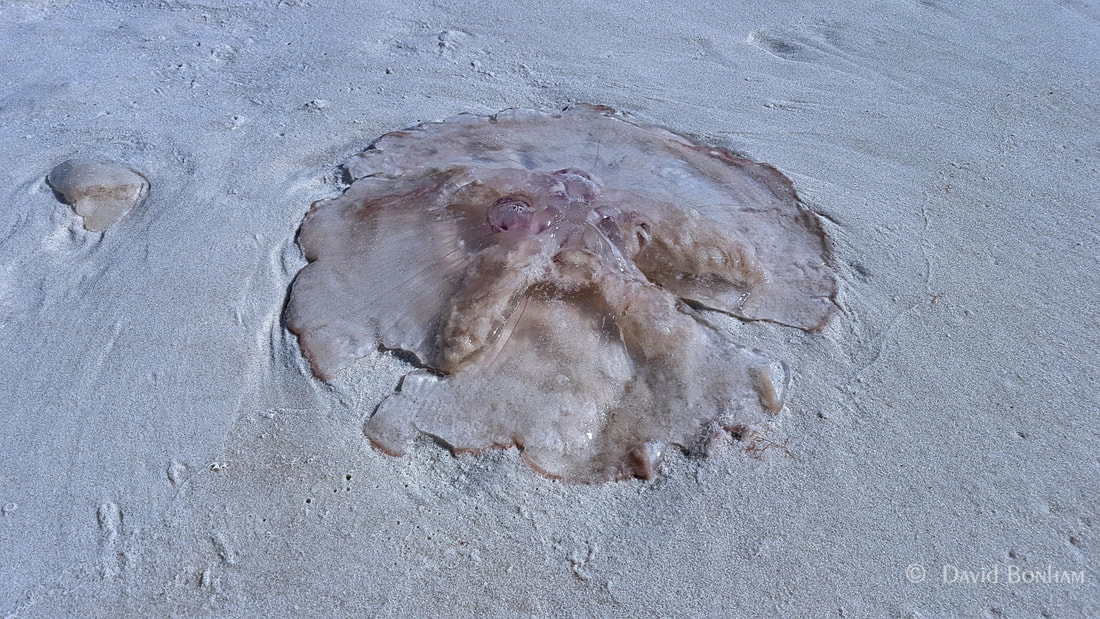 Some houses and condos a few hundred yards down the beach from us. 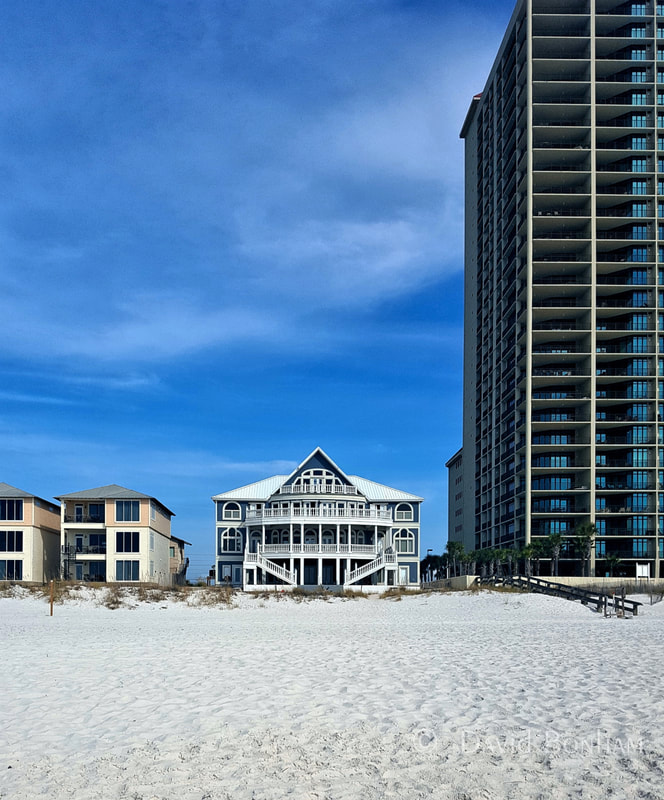 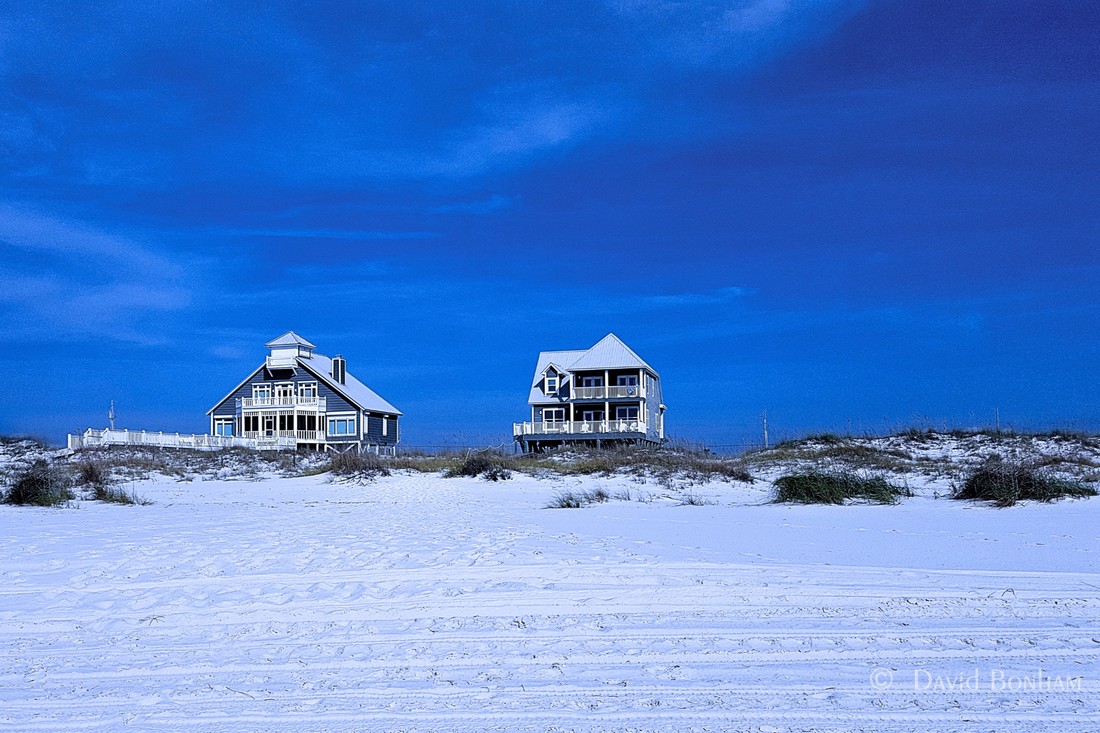 Another shot of the condo we stayed in. 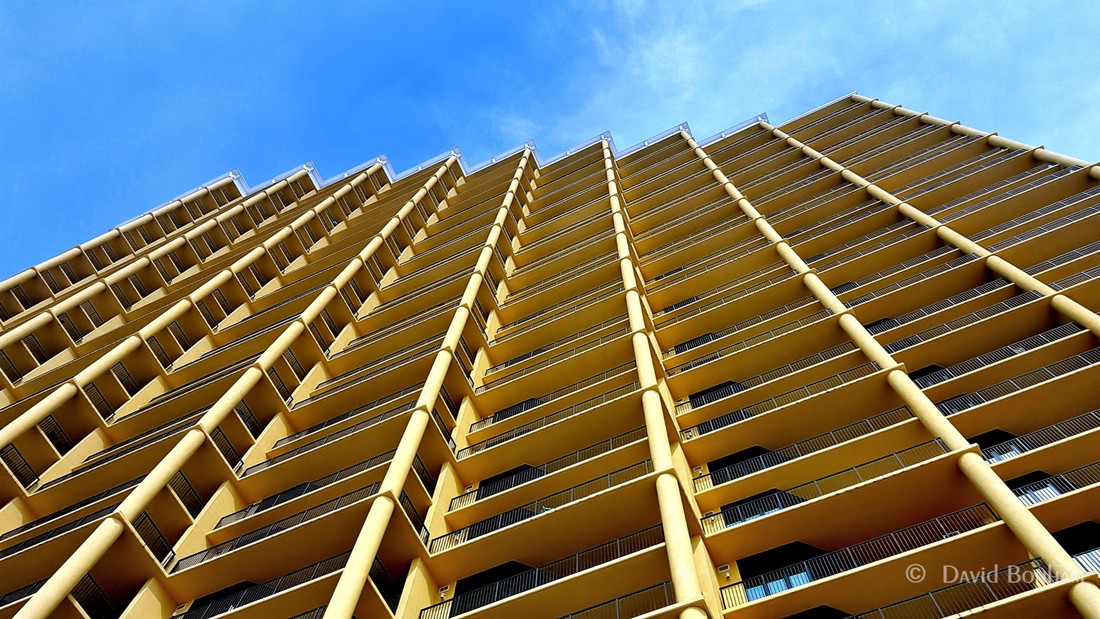 I’ve said it before but I love it when they stare into the lens. 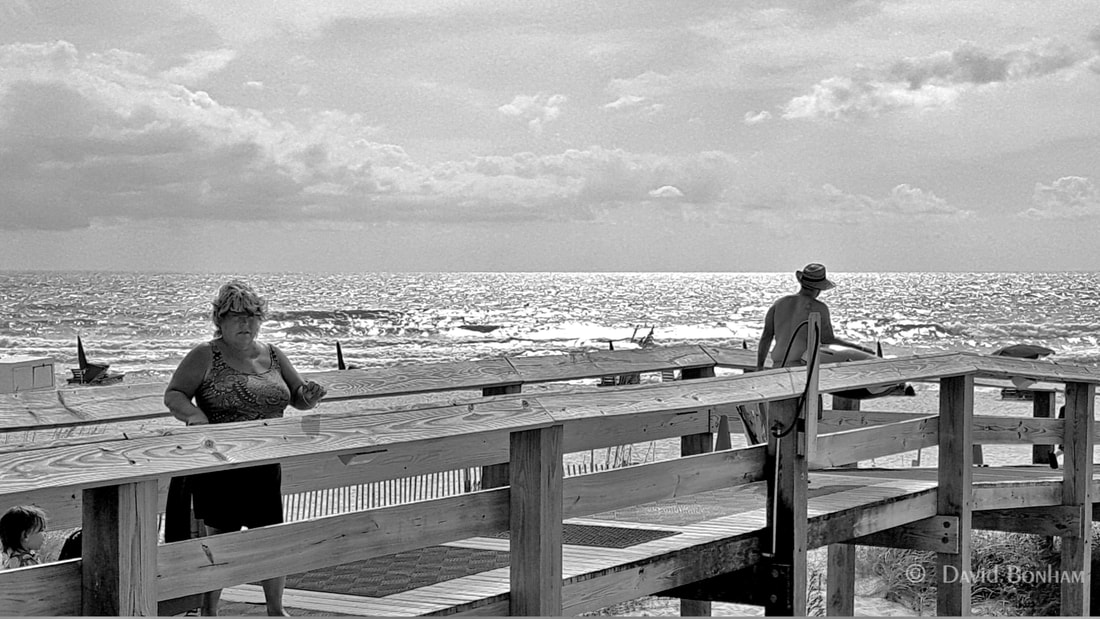 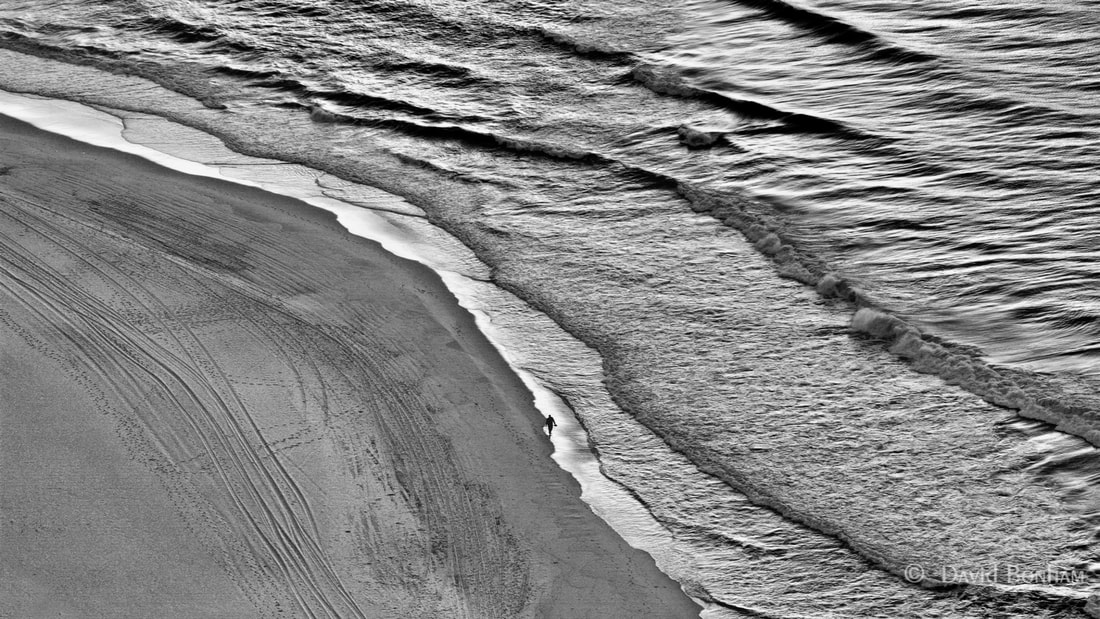 These are before and after post processing photos.  The first is “after”.  It took about twenty minutes to do the processing and when all was said and done I didn’t think the final result was worth it.  I’m including it to give you an example some of the hard work I do to bring you these fine photos.  Not that this one is that fine. 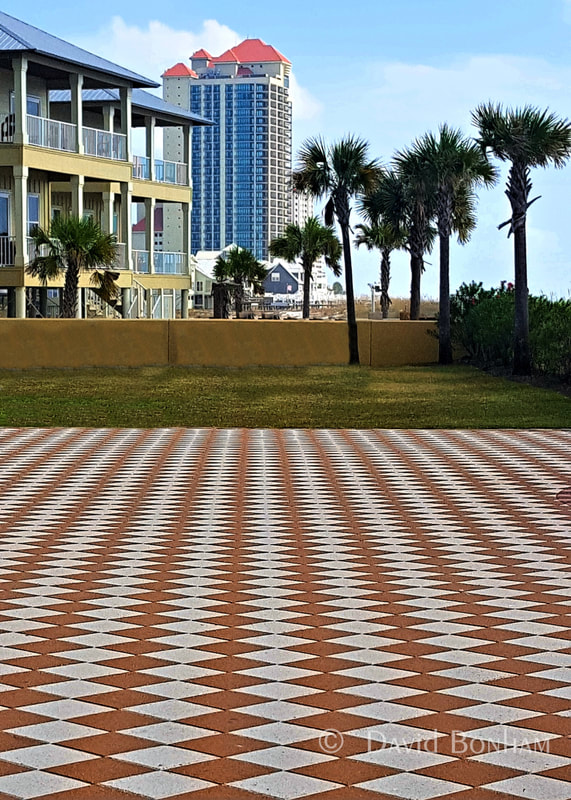 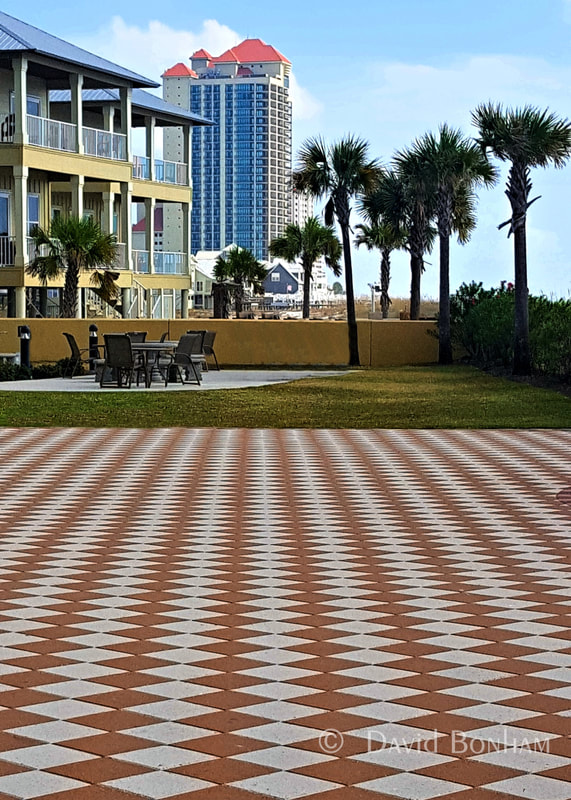 This is taken from my dinner table (looking straight ahead) at a restaurant called LuLu’s.  It’s claim to fame is that the owner (Lucy Buffett) is Jimmy Buffet’s sister.  It’s one of those huge open air restaurants that can seat a couple hundred people while another hundred are wanting to get in.  There were probably thirty people at most when we were there.  Off season does have perks. 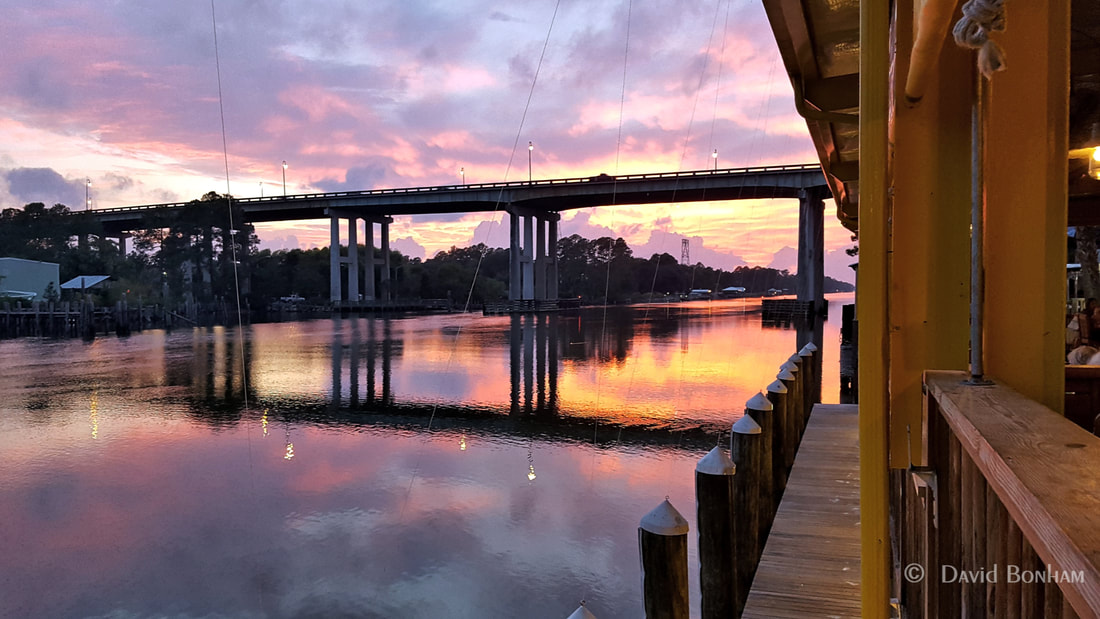 This was the view on my right side at LuLu’s. 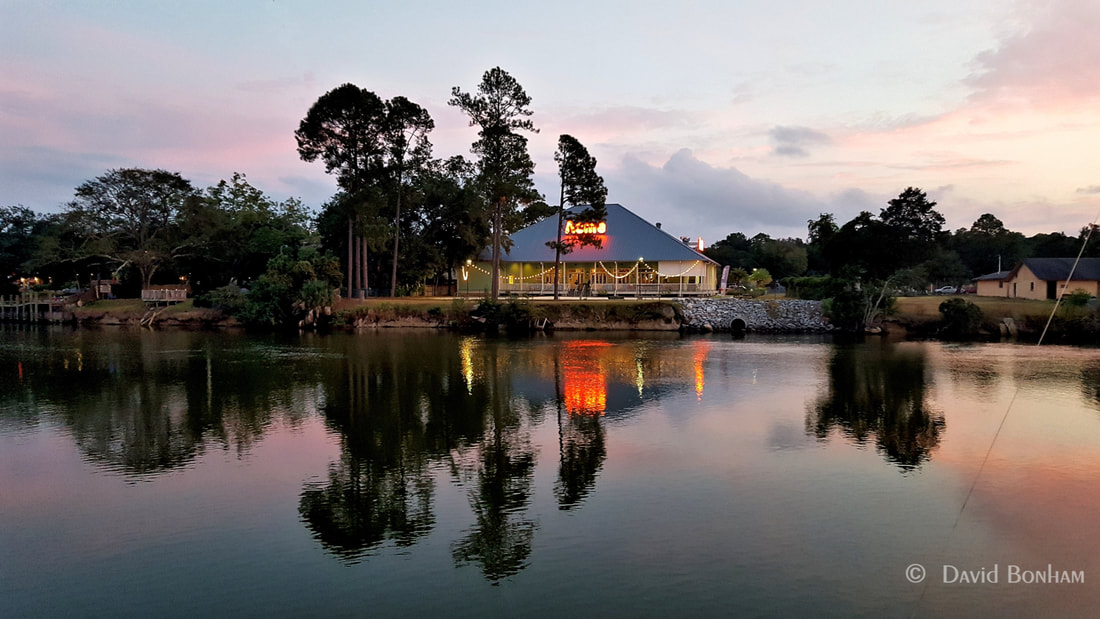 Alabama state flag at a discount mall we just “had” to go to.  ‘Course there wasn’t much else to do.   I took this photo and the one below because the sky was so blue and there was so much white making the blue really pop, not to mention the red. 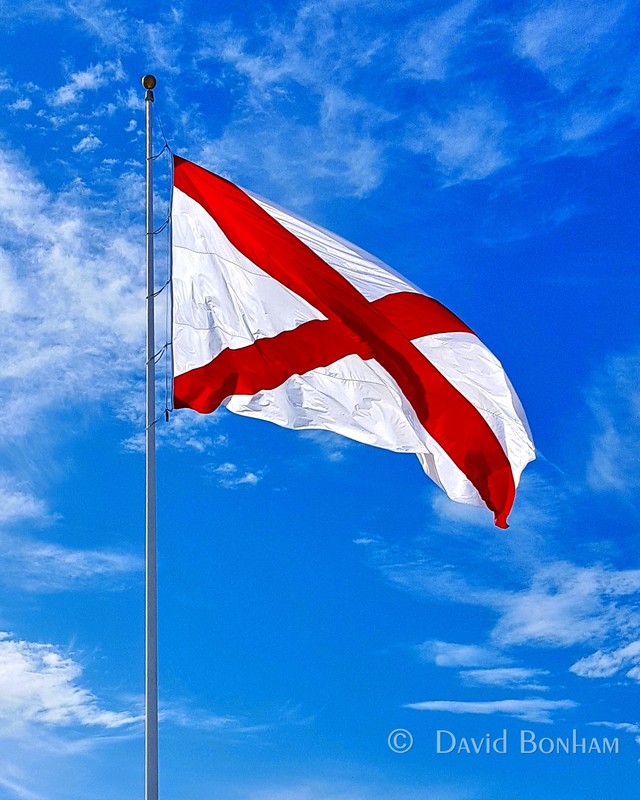 Next to the Alabama flag was the U.S. flag. 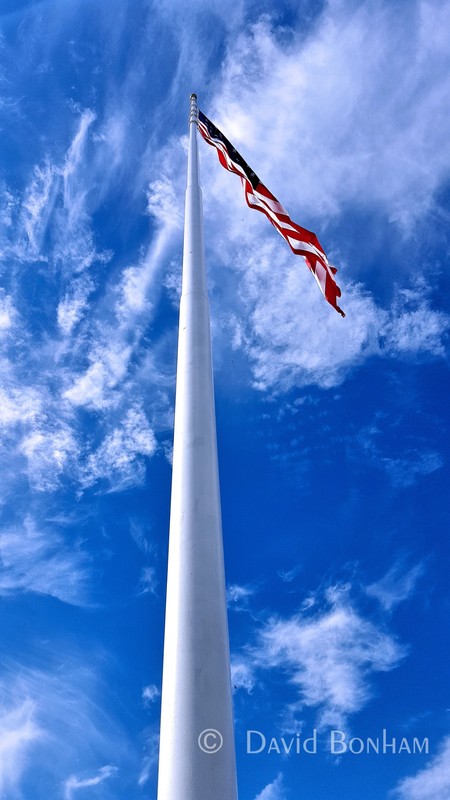 A couple of jelly fish showing how the waves push them along. 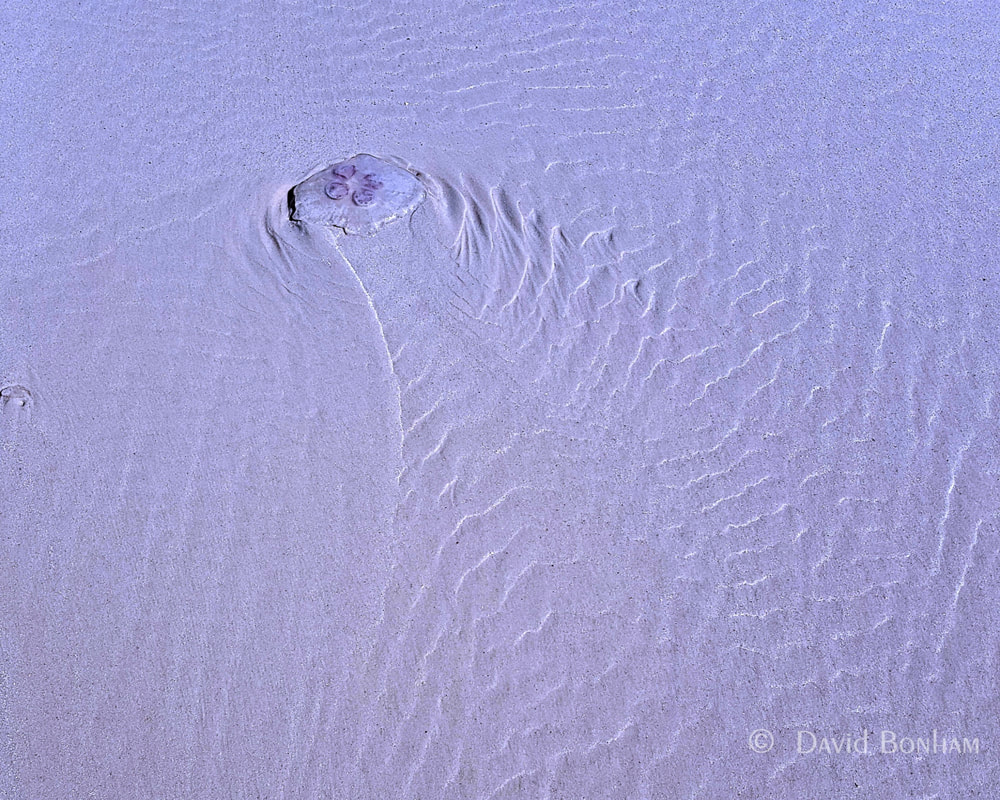 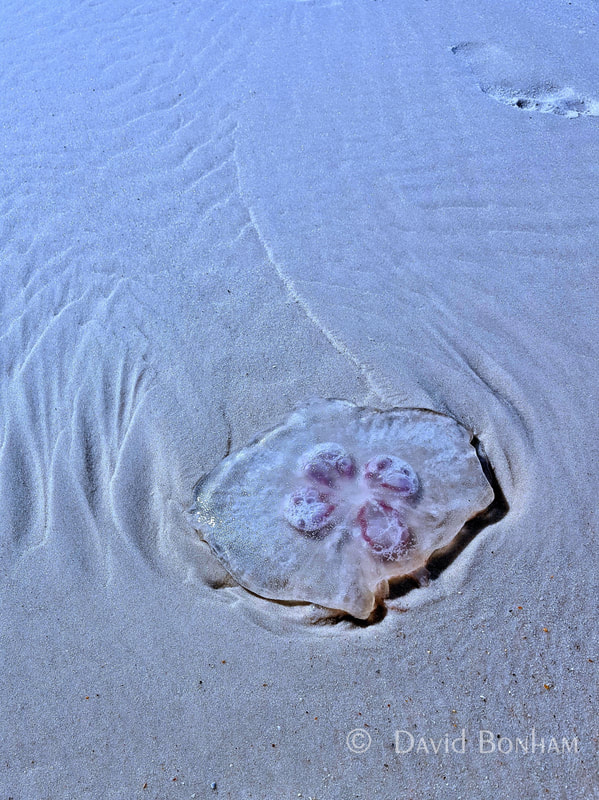 I was surprised when I first went down to the pool area and the beach to see so many butterflies.  I’m not sure but I think this was the first time I ever saw a butterflies actually flying on a beach.  There were quite a few dead ones on the beach.  Not sure if just at the end of their life cycle or died from exhaustion trying to fly in the wind. 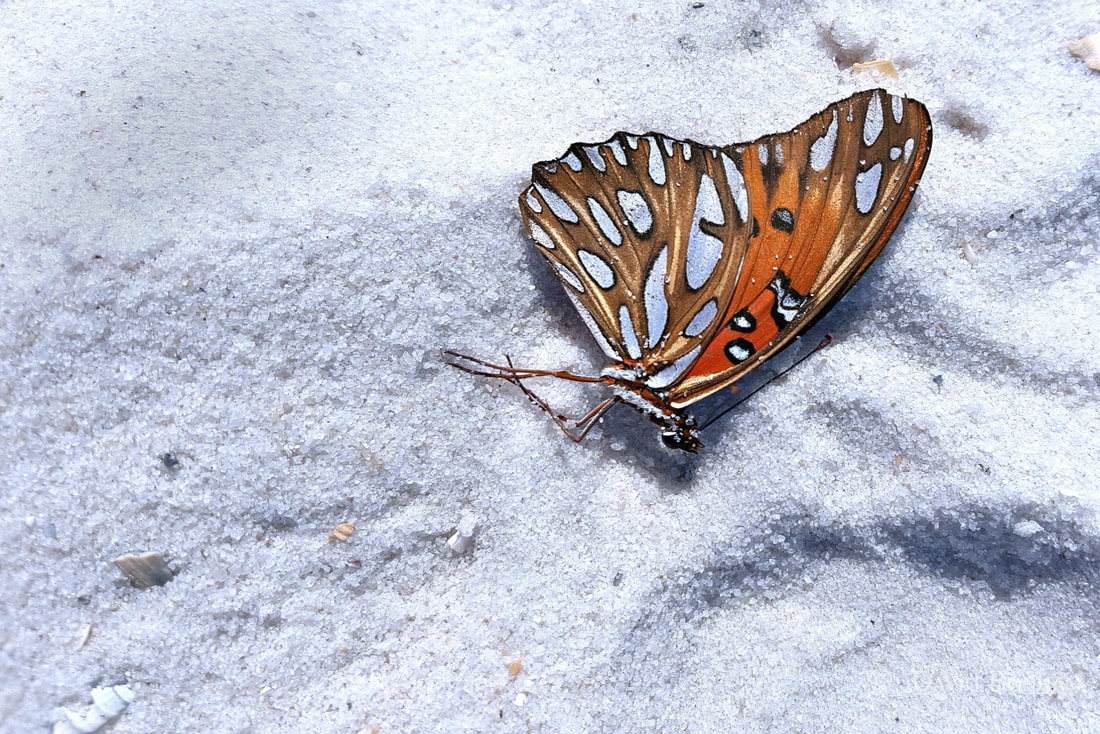 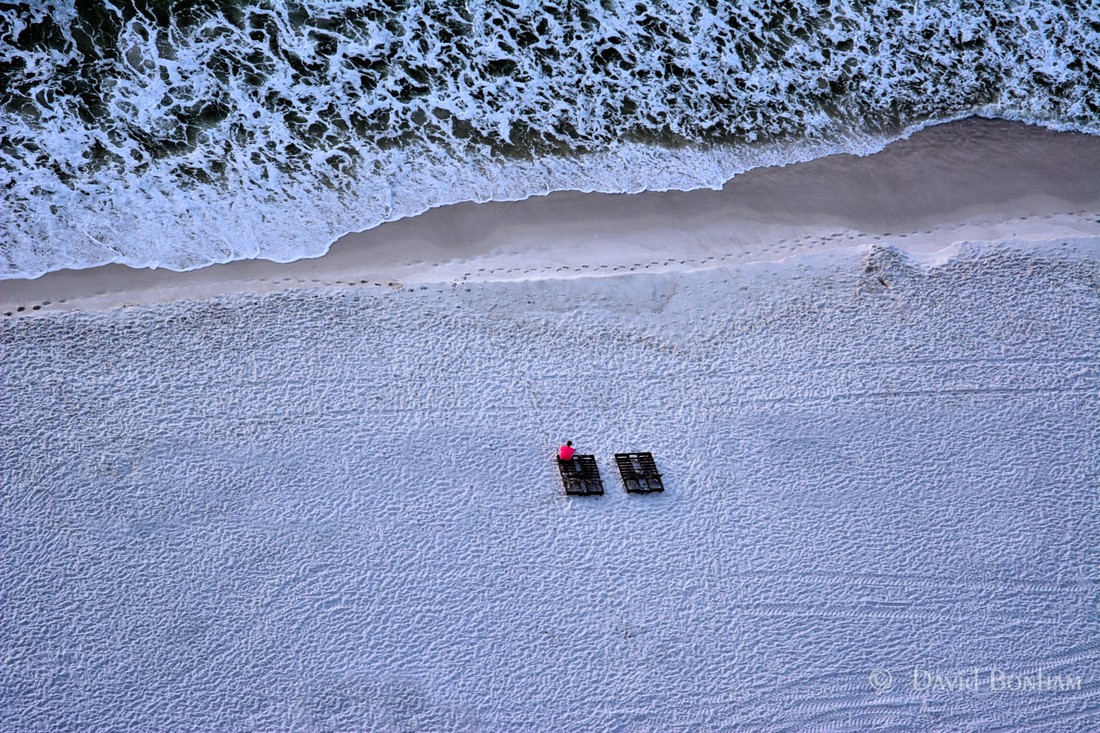 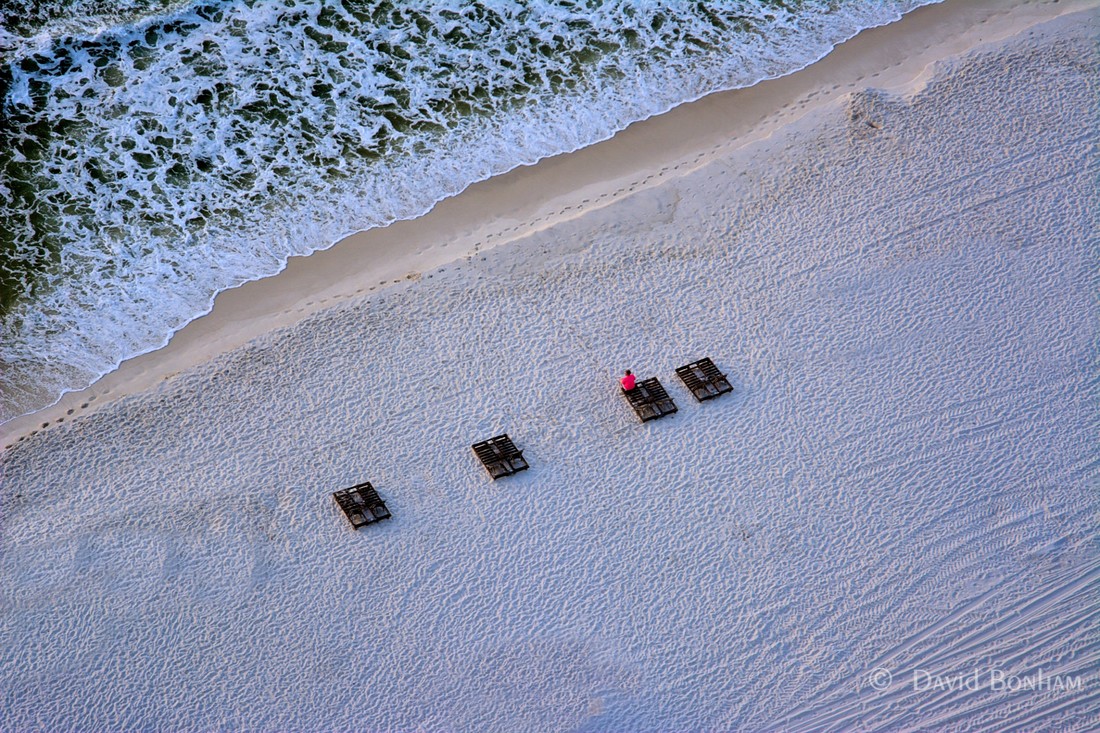 These emergency call boxes with flags are spaced about every hundred yards on the beach. 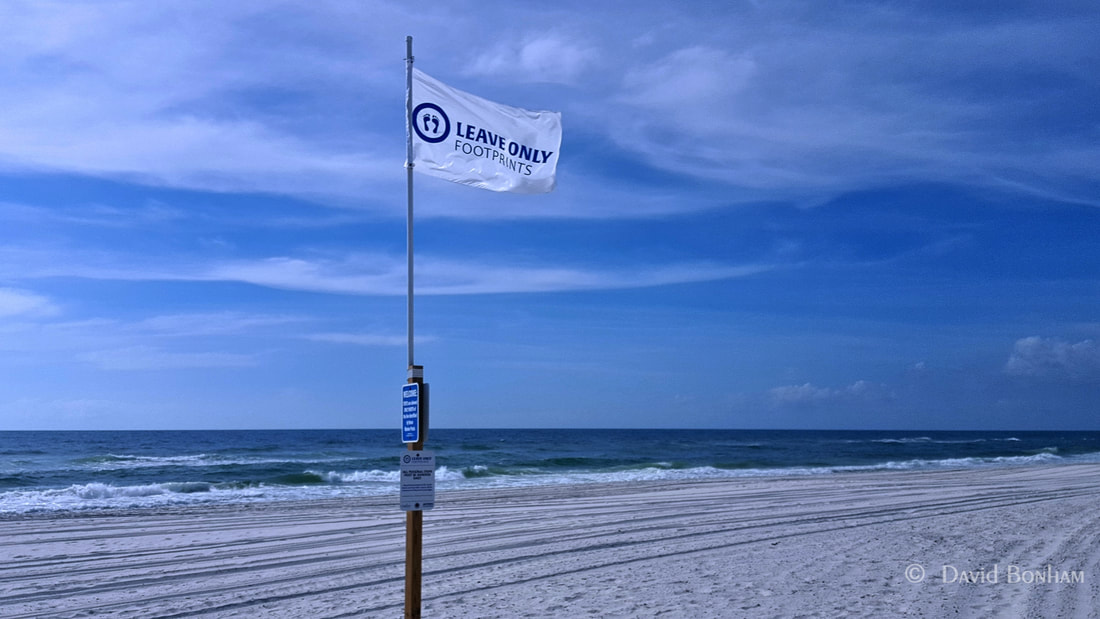 No!  Look at the flag again. 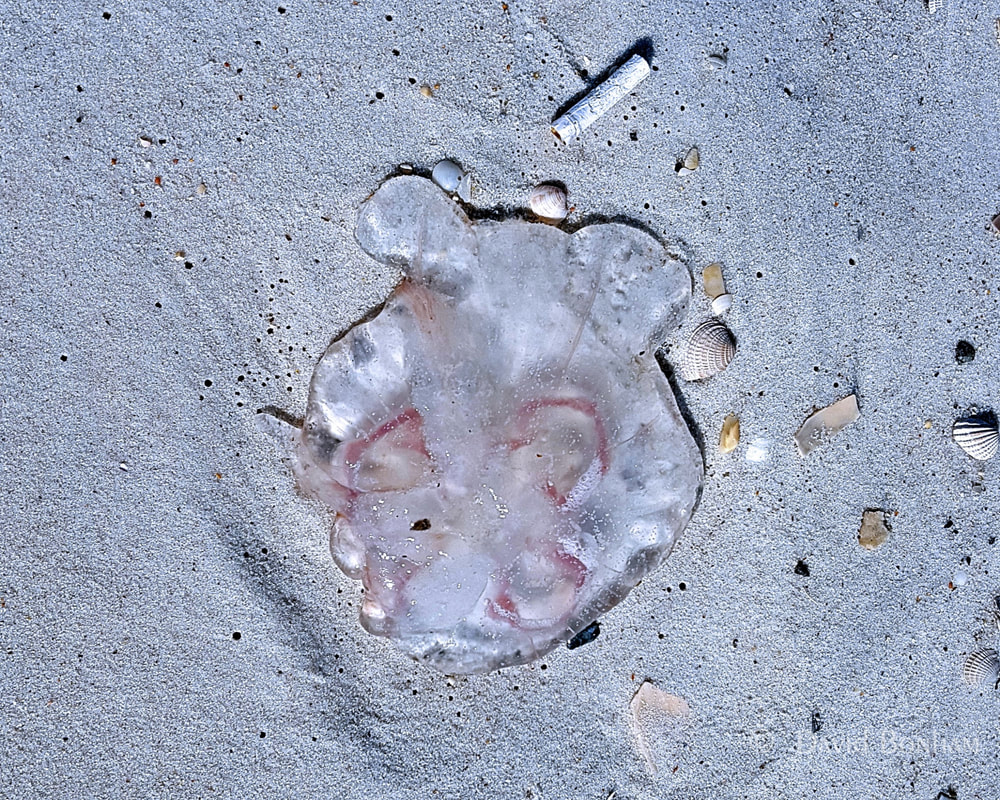 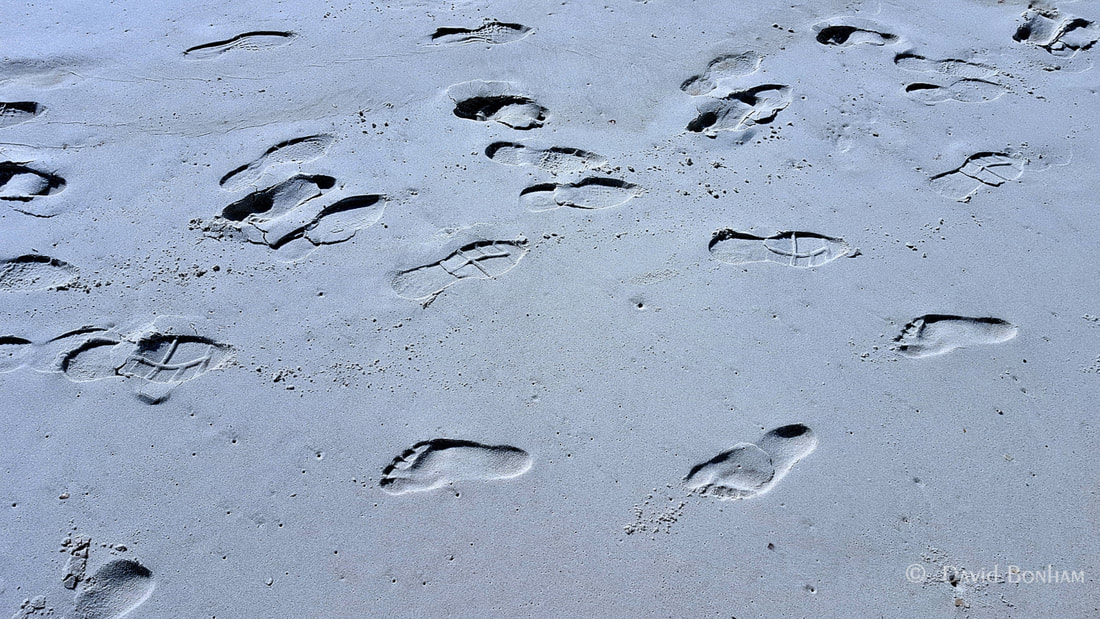 Thank you for stopping by and I hope you enjoyed the photos from Orange Beach.

Except as noted, all photos were taken with a Samsung Galaxy S6 smartphone.