Two Octobers ago (I told you I was behind on my processing) we went with two other couples (our best friends) to Orange Beach, Alabama which borders the east side of the better known Gulf Shores, Alabama.

The mother-in-law of one of the daughters of one of our friends has been renting a three bedrooms, three baths condo for the month of October for the past several years.  She makes it available to family/friends during the last two weeks of the month at cost.  Splitting a week’s stay three ways among us made the proposition pretty attractive so we decided we would give it a try.

On our anniversary the following year (1972) we packed up my wife’s little yellow Volkswagen Beetle and headed off to St. Pete’s Beach, Florida.  Neither of us had ever been to Florida but my wife heard a friend of her Mom’s say what a nice place St. Pete’s Beach was.  We figured out how much we could spend daily for gas, food, lodging and a few incidentals.  So, with some travelers’ checks, an atlas, and a AAA triptik someone got for us we were on our way.  We kept a meticulous, itemized record of what we spent:  what, where, when, why and how much.  As I recall we were budgeting $3 per day for lunch and $5 for dinner, combine for both of us.   We couldn’t afford to go over budget and not have enough money to get us back home.  It’s not like we had a bank account with extra cash at our disposal.

On the first day of the trip we spent the afternoon and night in Chattanooga, Tennessee instead of the planned early evening stop in Atlanta for the night.  That’s because I had an appendicitis attack starting near Hopkinsville, Kentucky.  I was in pain all the way to Nashville (at the time I didn’t it was appendicitis) but did finally manage to get some sleep as my wife drove.  I woke up as we were driving up the mountain at Monteagle, Tennessee.  At the top I asked my wife to pull into the rest stop.  I quickly got out of car, made a beeline for a trash barrel I saw, stuck my head in and, well I’ll spare you the details.  Let me just say that I spent two years in the Army and near the end of the month, as everyone’s money ran short,  we would contributed what little change we had to the group effort to buy some communal Red Mountain wine at $1.49 for a gallon glass jug.  That was a different kid of sick than this, especially if you didn’t cut it with 7-Up, but often the end result was very similar in terms of involuntary control of what your stomach wants to do.

Anyway, after a brief rest at Monteagle we headed on to Chattanooga and my wife decided to stop there and figure out what to do with me.  (I think she’s still trying to decide.)  We got a room at a place called the Kingston Motel.  I was feeling weak, chilly, feverish, tired and had a lot of intense stomach pain.  We had no money or insurance for a doctor and didn’t know what if any non-prescription medicine might help.  I told her I just wanted to lay down and rest for awhile then we could try to figure something out and make a decision of whether or not we would turn back.

I remember laying there thinking I knew didn’t want to turn back.  Then the next thing I knew I woke up, it was morning, and I felt like nothing had happened.  I had evidently fallen asleep right away and didn’t wake up until the next morning.  We got back on the highway and headed to St. Pete’ Beach.  I felt fine the whole rest of the trip.  It wasn’t till about 18 months later that I felt the same symptoms when my wife and I were in a wedding, me as a groomsman and she as matron of honor.   That’s when I got a doctors diagnosis of appendicitis but that’s another one of those stories for another time.

We got to St. Pete’s that afternoon, picked a hotel at random (first one we tried was in our price range) and had a great stay.  After this very first trip we went to St. Pete’s on our anniversary almost every year for the next 25 years and stayed at the same hotel.  We still go to St. Pete’s occasionally and we will be headed down there the last full week of this July.  We’ll be going with our son and daughter their spouses and a 3 1/2 year old grandson, another grandson (cousin to the 3 1/2 year old) who will be just one month shy of two when we are there, and his little sister who will be two months old when we are there.  We took the kids and their families once before but there was only once grandson at the time.

Wow!  My “momentary digression” got a bit out of hand.  It looks like the excess verbosity (redundant?) from my post a couple of weeks ago has spilled over into this post.  My intent was I was going to make the point that we love St. Pete’s Beach, Florida and have a very deep seated emotional attachment to it.  That attachment stems from the adventure that was our first trip, and just the two of us going there for a little over eight years, and then one by one taking our two kids from the time they were babies.

We’ve also had other beach vacations over the years:  St. Augustine (twice), Daytona Beach, Ft. Lauderdale, Destin (several times), and Hilton Head Island, South Carolina.  There has also been a few California trips with time spent at these beaches:  Carmel Beach, Santa Cruz, Stinson Beach, Malibu Beach, Venice Beach, Huntington Beach, and Laguna Beach.  Finally in  our list of beaches there was a three island trip to Hawaii where enjoyed theses beaches:  Waikiki, Waimea Bay, Bonzai Pipeline, Kauai, and Maui.  While we like all the beaches we’ve been to, we don’t like any of those place as much as St. Pete’s.  Orange Beach was going to have to be something to get a good ranking in our list of beach vacations.   I’ll let you know how it did at the end of this.

Sunrise at Orange Beach.  Okay, so I slept a little longer than I should have.  I was going to take a sunset picture with the sun halfway hidden by the horizon and say it was a sunrise photo.  Who would know? 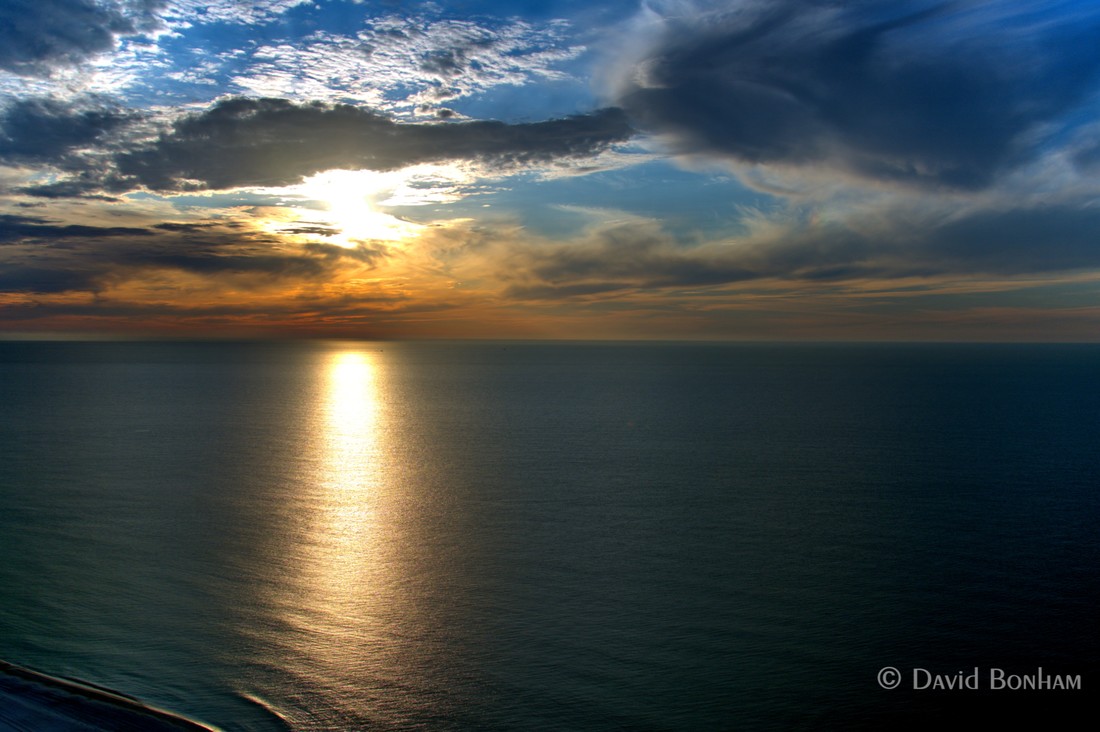 A shot from the balcony.  Just some architectural detail on the condo that I photographed many times, and processed in many different ways, many times too many. 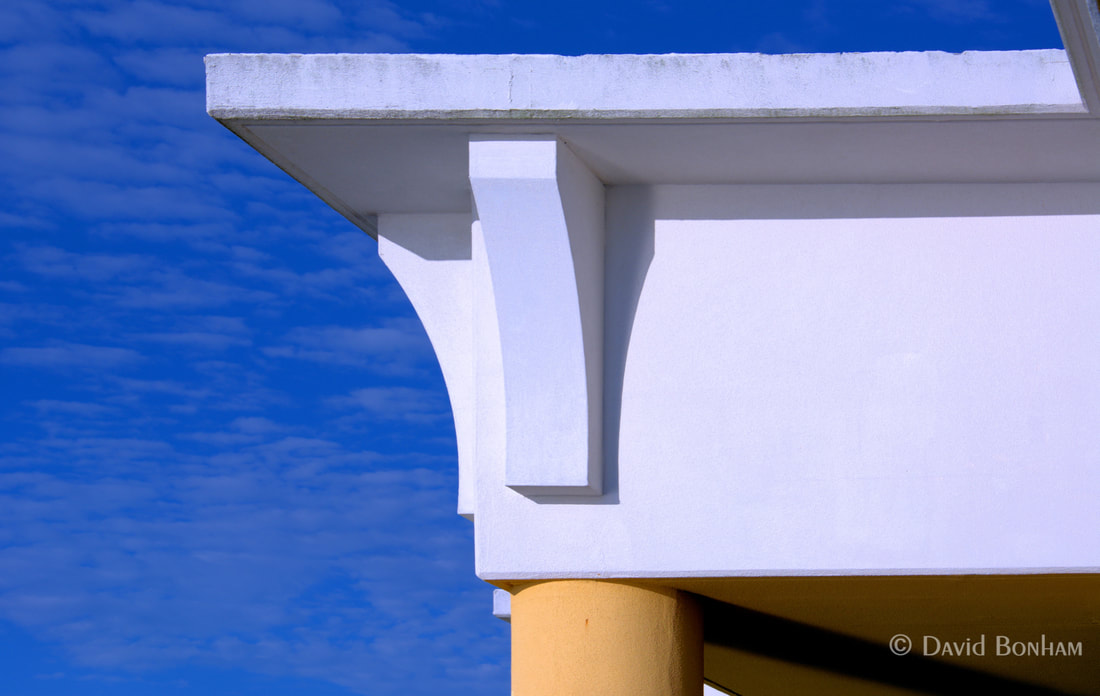 Another shot from the balcony of some architectural detail on the condo that I photographed many times, and processed in many different ways, many times too many. 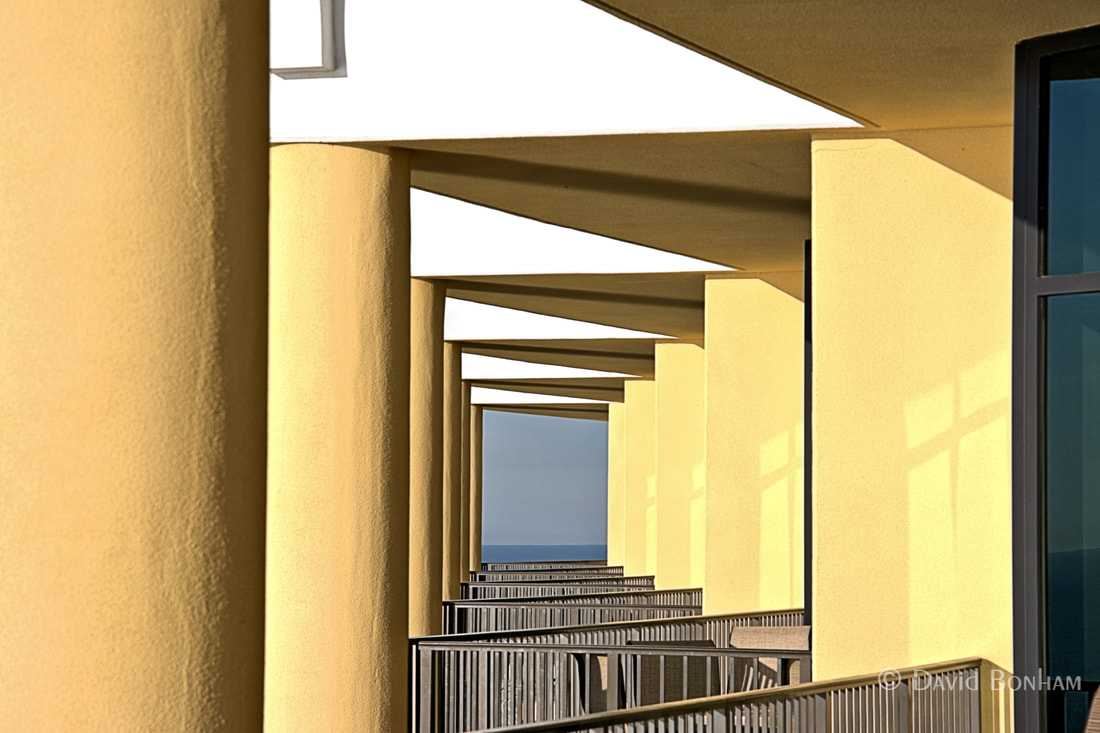 Can you believe it, still another shot from the balcony of some architectural detail on the condo that I photographed many times, and processed in many different ways, many times too many. 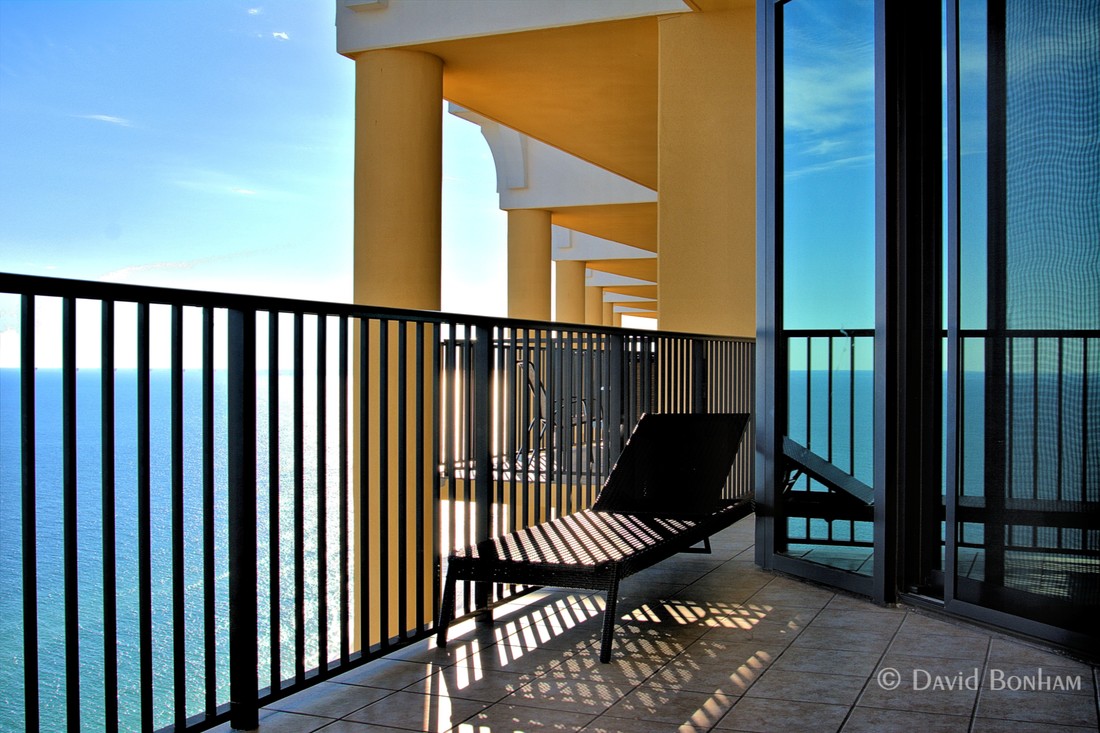 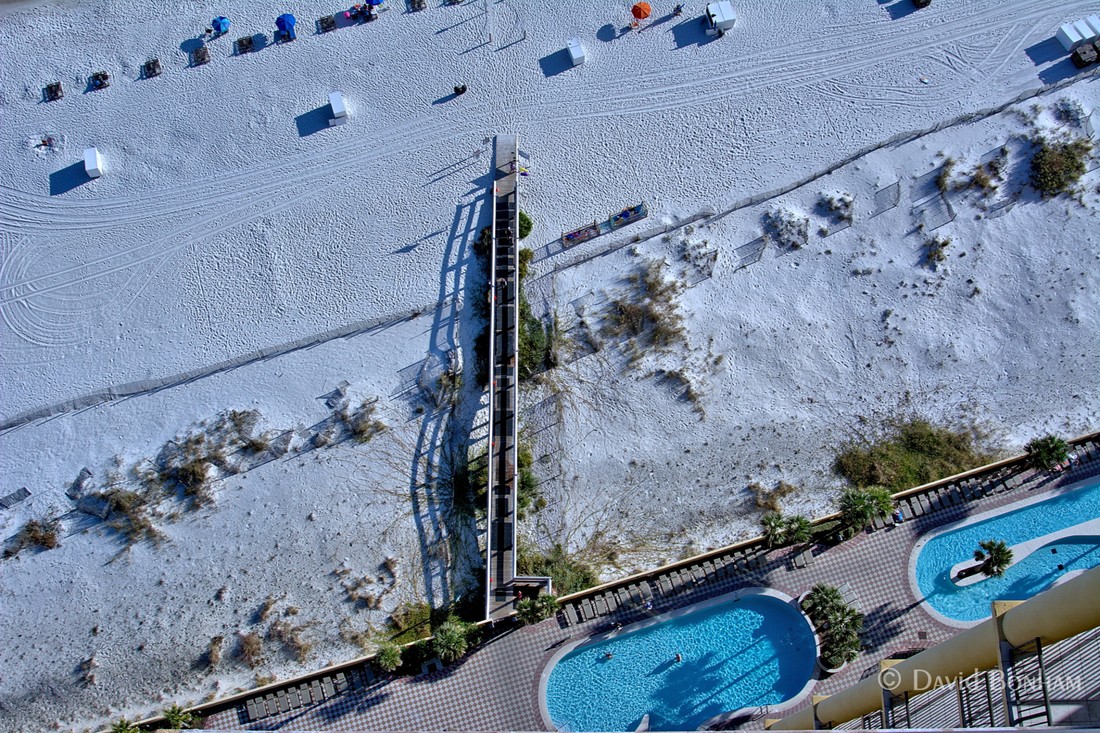 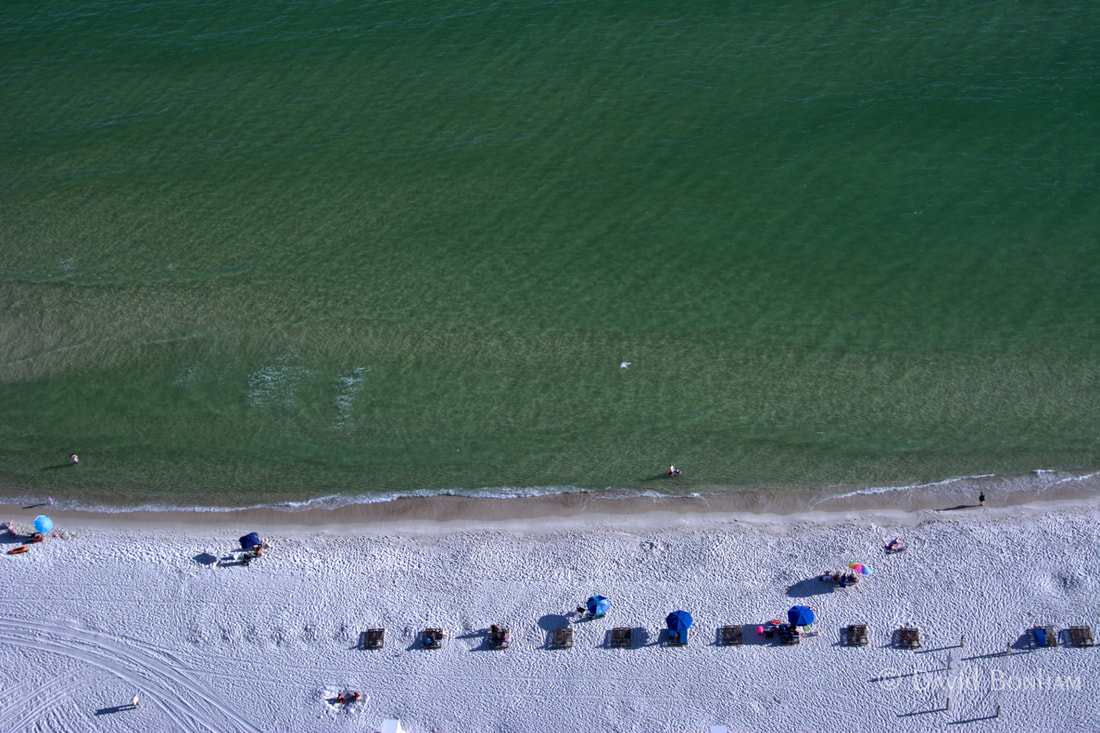 Color, shapes, and texture – in that order.  And yes, your are correct.  This is another shot from the balcony of some architectural detail on the condo that I photographed many times, and processed in many different ways, many times too many.  And now you are probably starting to understand and feel what I mean by “many times too many”. 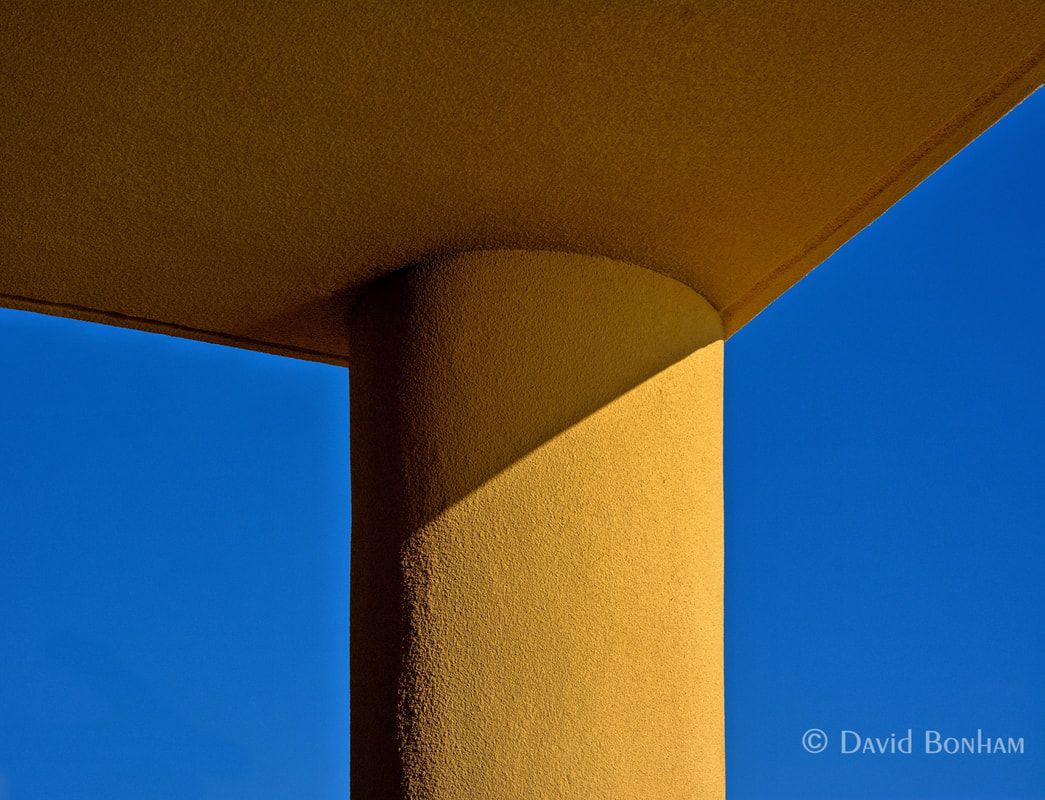 Wow, this was fun.  I’ve been high before (cough, cough), but never this high up except in office buildings, but then I couldn’t wear my flip-flops as I sipped on a bourbon and coke while leaning over the railing looking at all the little things below. 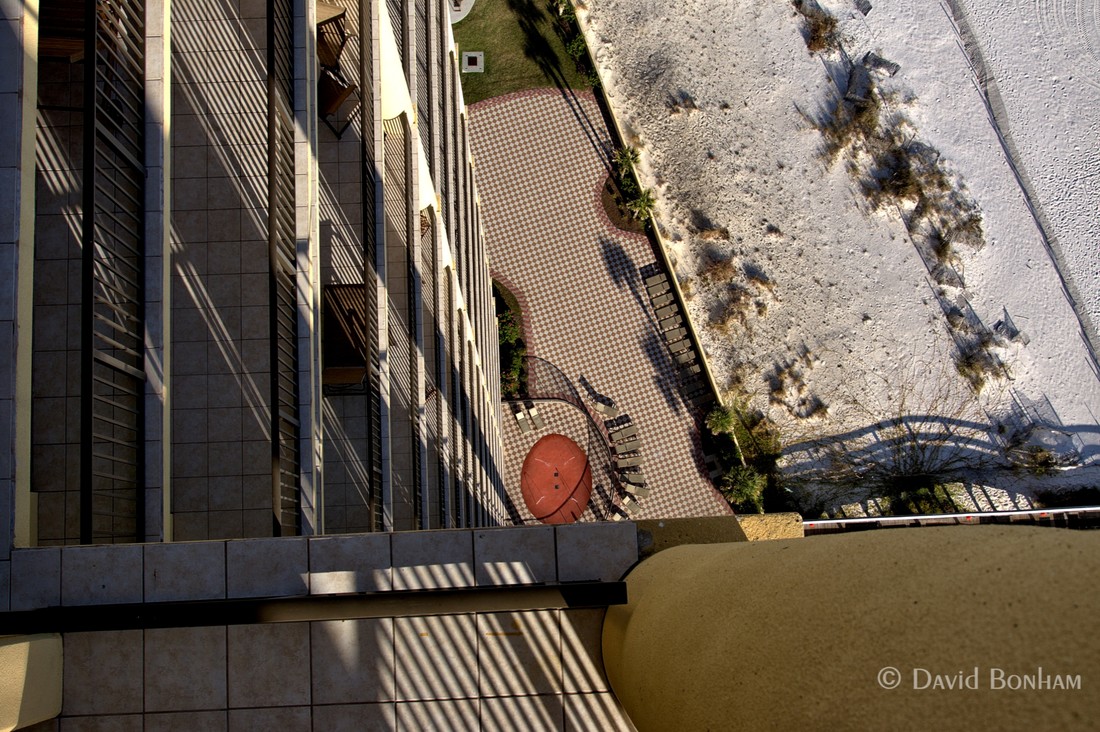 I should probably put my camera down, put on a swimsuit, and head down to the beach. 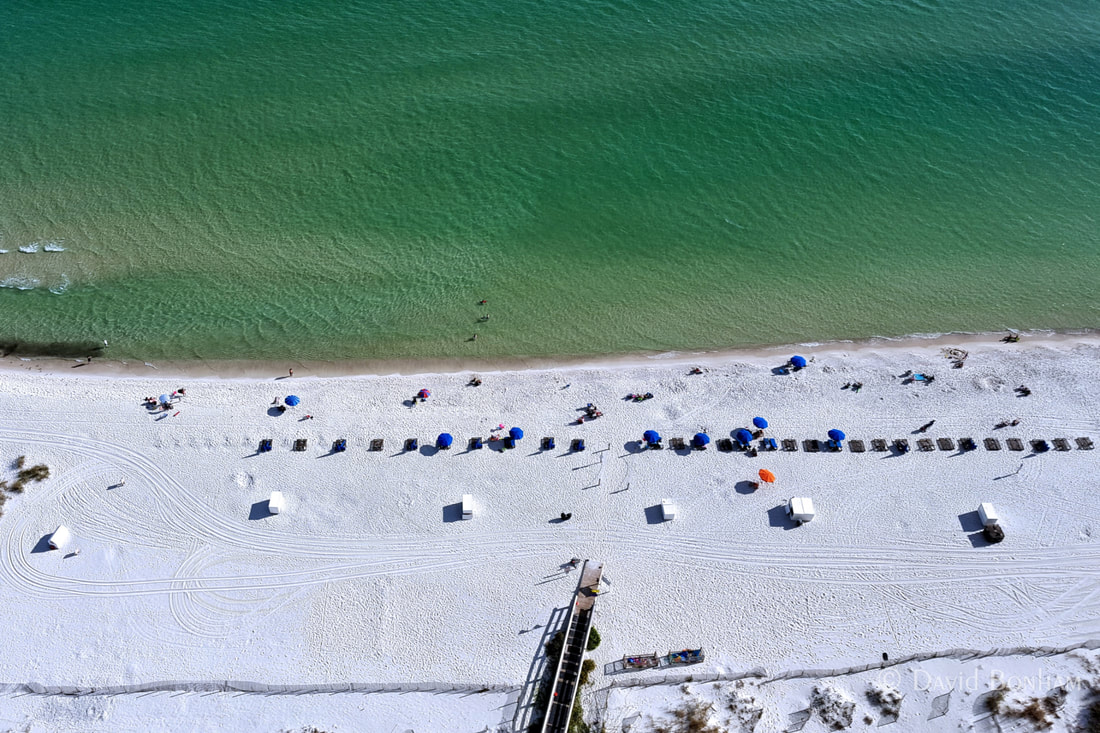 Maybe I’ll go down later.  I like being high. 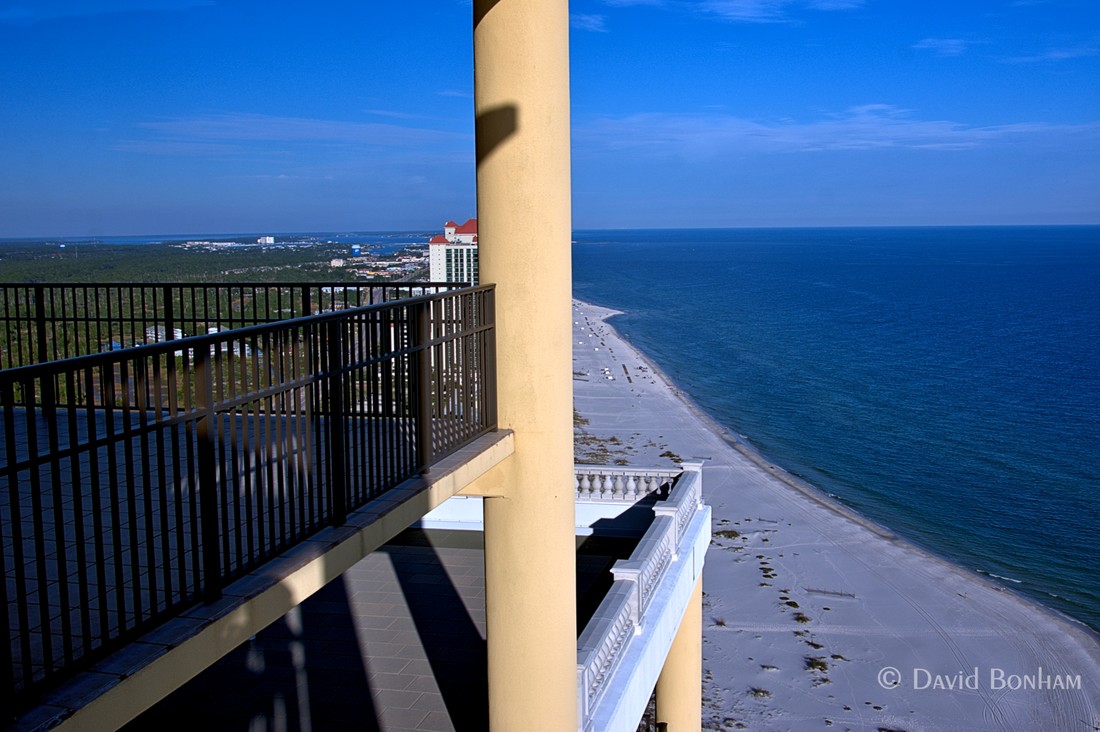 I know that up top I said I’d let you know how I ranked Orange Beach relative to our other Gulf Coast and Florida stays.  Well I forgot I have enough photos for an additional post so I’ll let you know at the end of that post.  That what’s known as a teaser to get you to look at my next post.

Thanks for stopping by and I hope you’ll come by again next week for the exciting conclusion of Orange Beach, Alabama 2016.