As soon as I opened the folder with these photos I knew there was something different about them compared to my other macro insect and flower shots.  I’ll tell you what’s different later.  For now I just hope you’ll enjoy them.

Bumble bee on a cosmos. 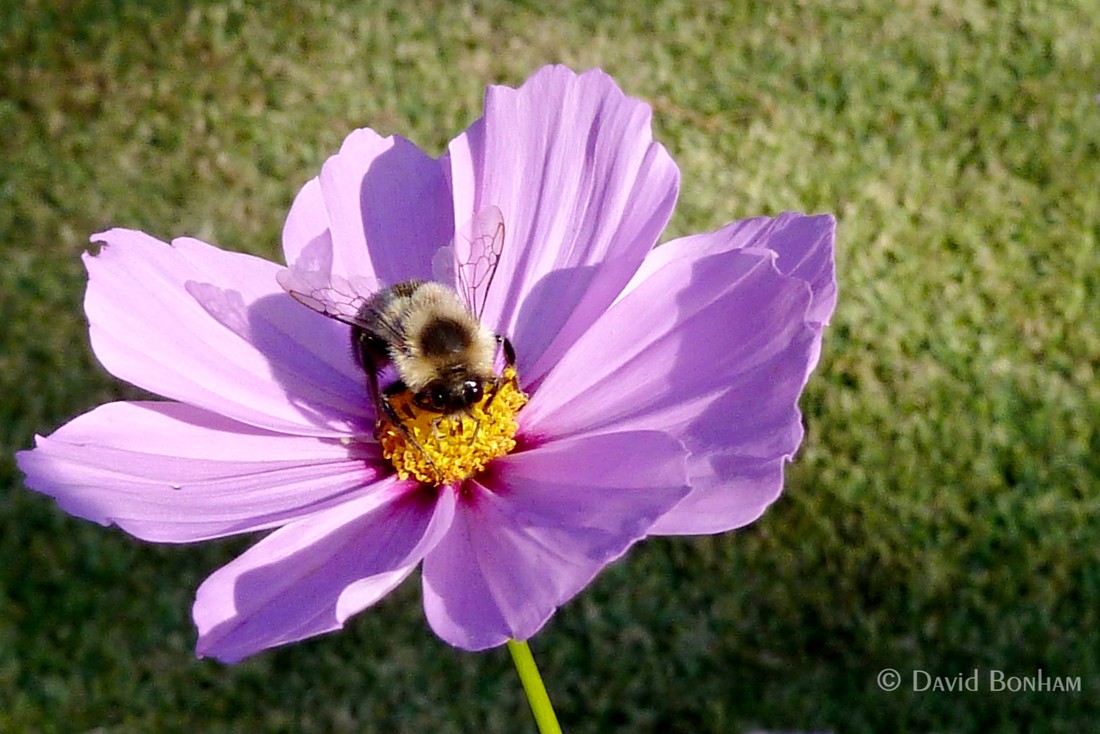 Ditto, but I had to stick my head deeper into the flowers. 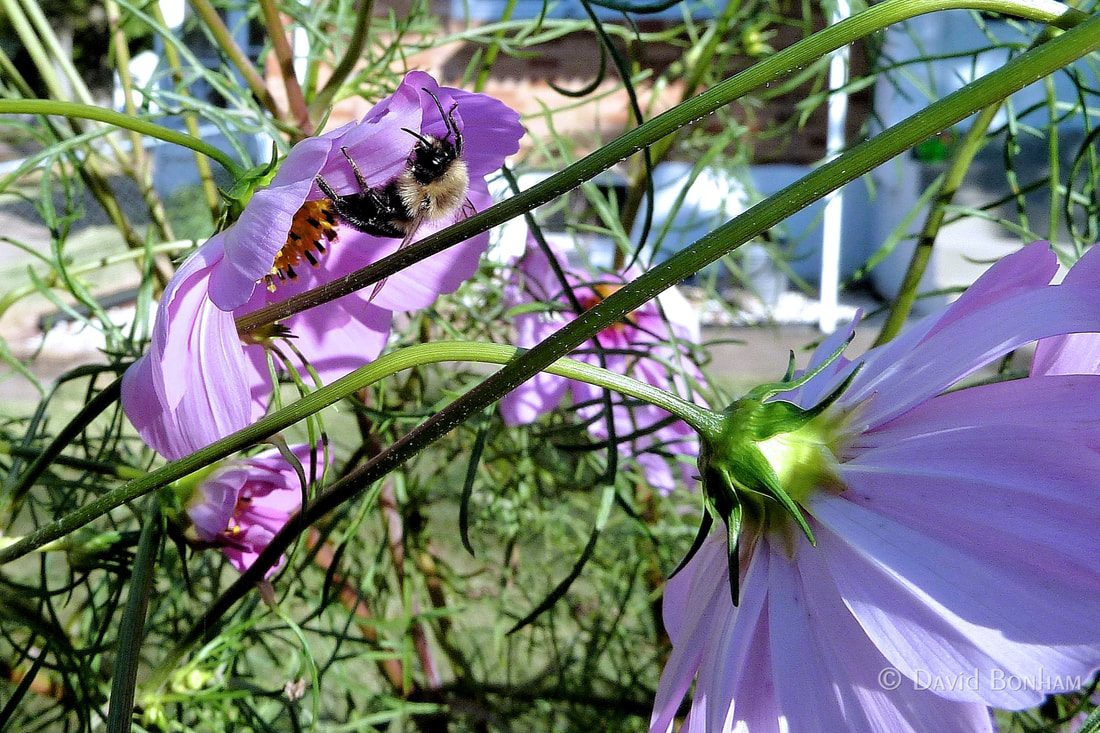 Look out, I’m coming in said the little bee to the big bee. 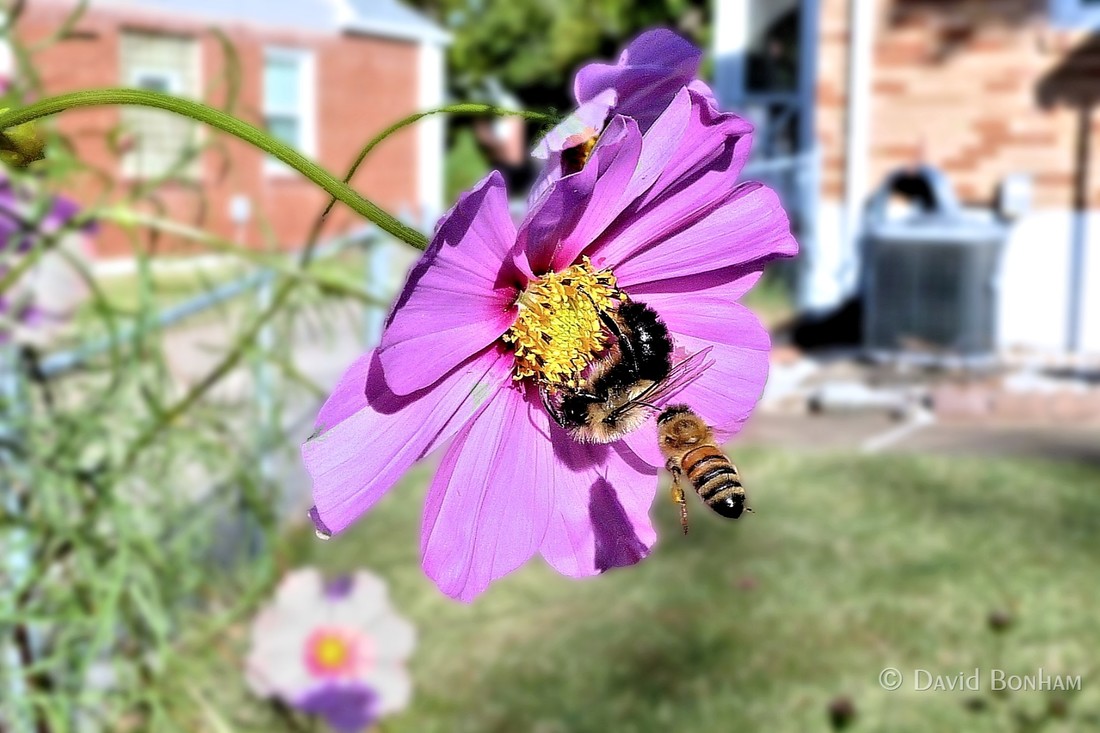 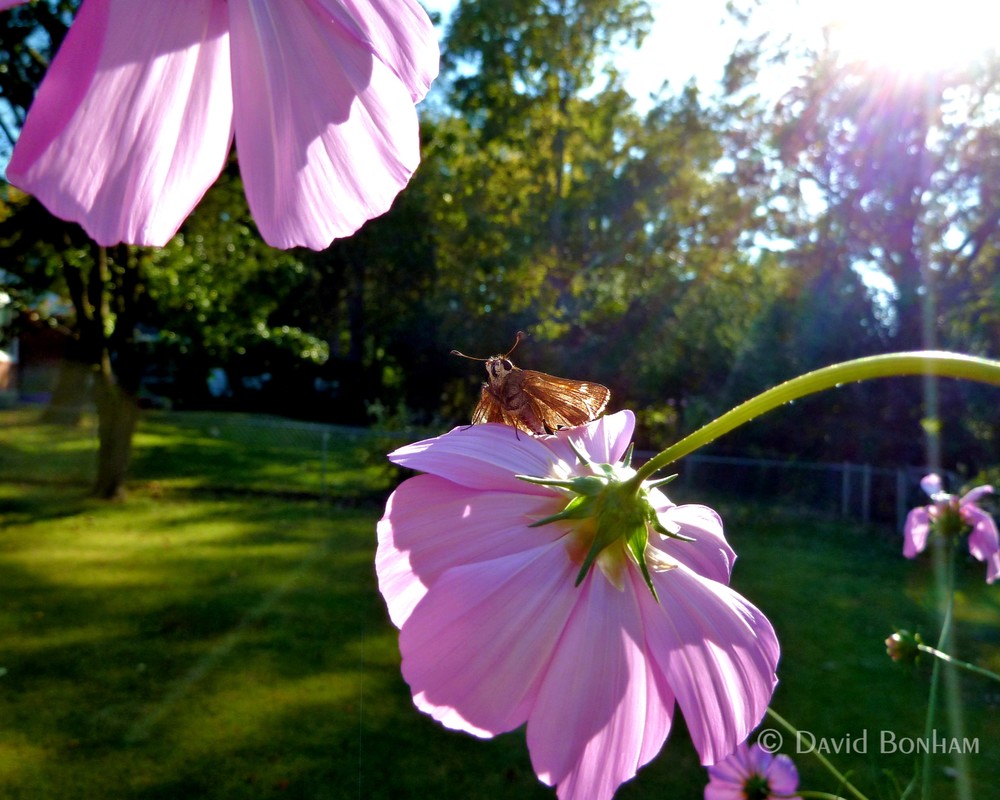 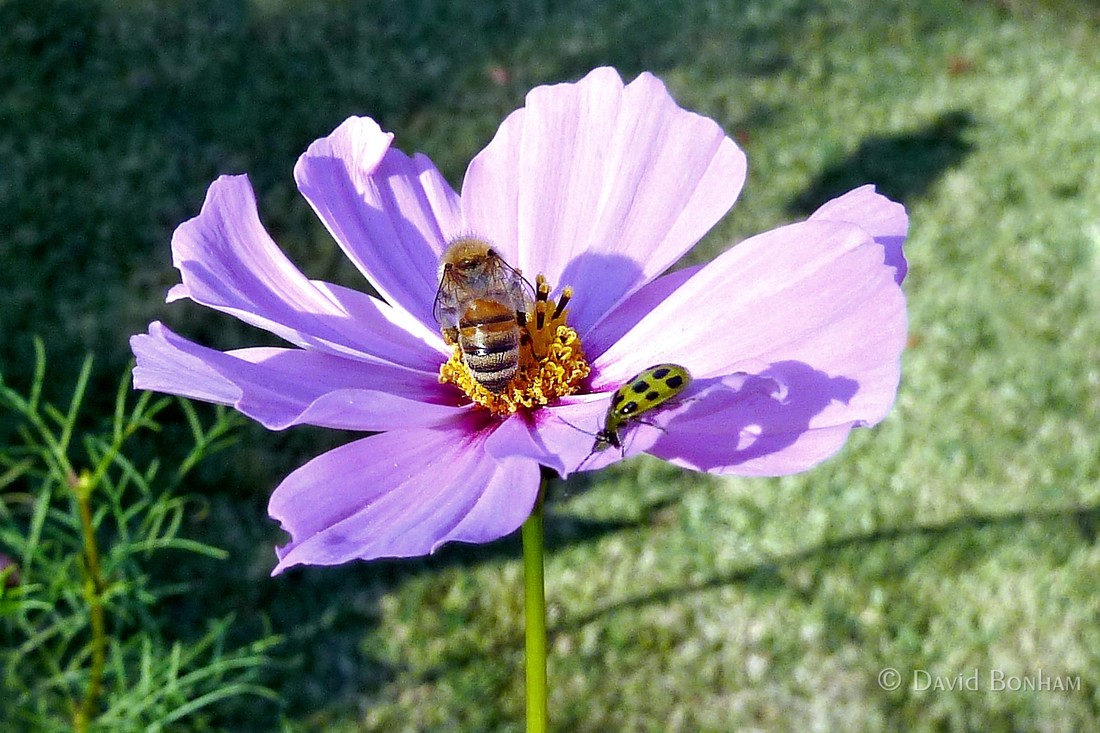 On his own now. 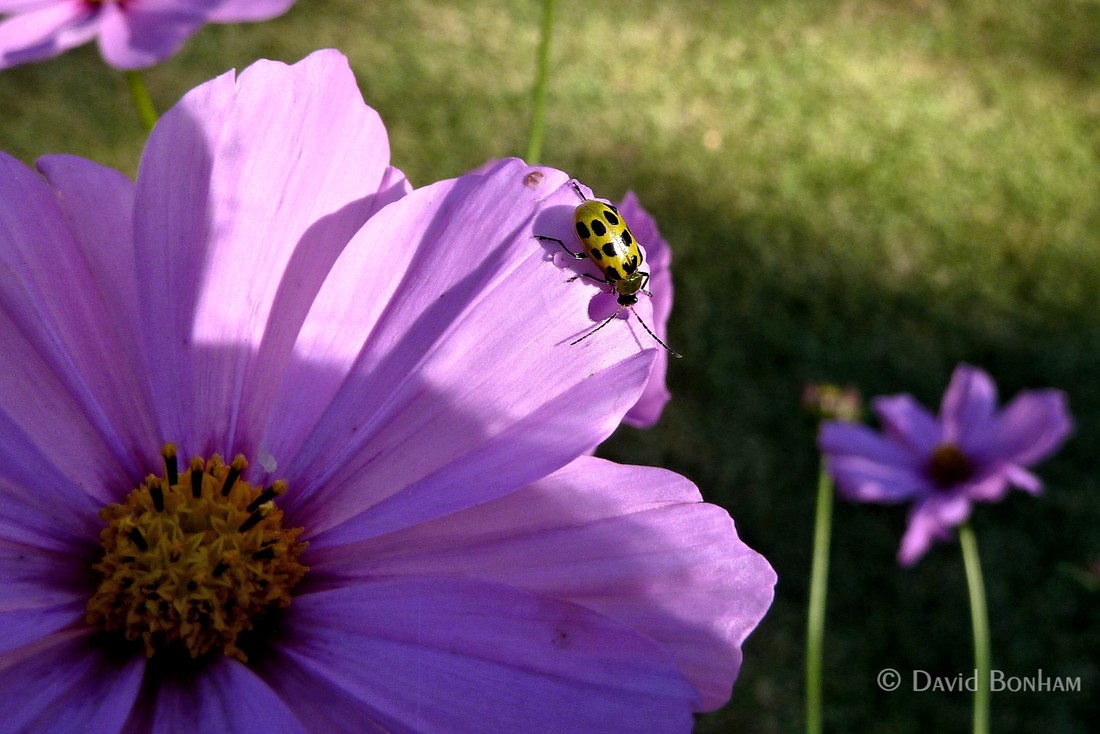 This why many gardeners, both vegetable and flower, do not like spotted cucumber beetles.  They are destructive. 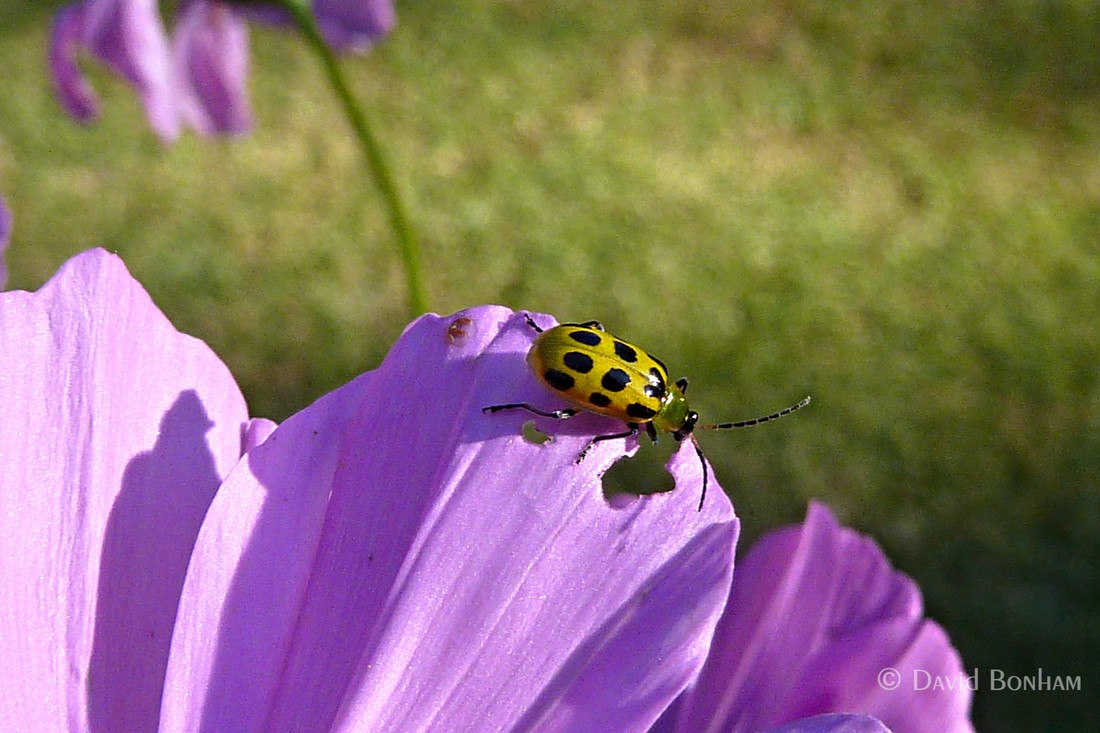 Not only are they destructive but the are very rude too; leaving their poop behind as they devour your plants. 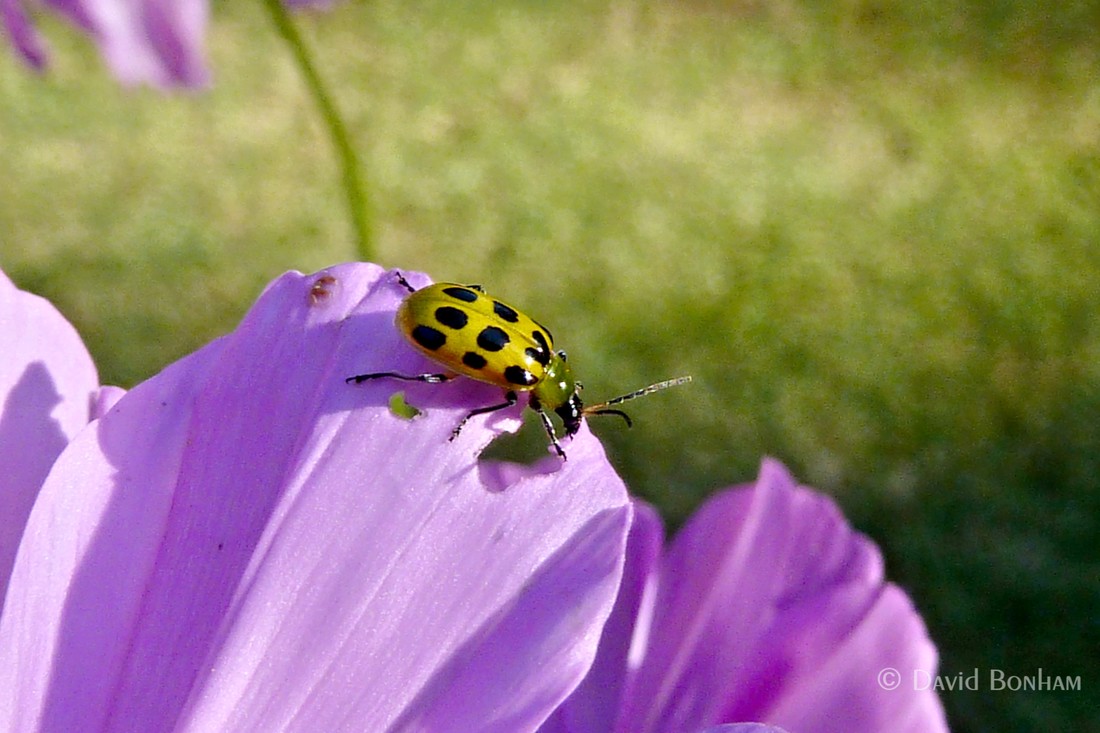 What’s so different?  The depth of field and backgrounds in these photo are both pretty different from the flower and insect macros I usually post.  Compared to my usual photos there is much more depth of field in these and the background is not so out of focus that all you see are blurred, creamy swatches of color.  This is the result of using a different camera than my complicated Nikon D7100.  The photos in this post were all taken with a Panasonic Lumix DMC-Z57.  It has a much smaller sensor than my Nikon (about 1/15 the size) which results in the greater depth of field.  Why would this be you ask?  Well I asked too,  Google specifically.  I read a lot about it and pretty much understand it but not enough to explain it because it takes so much explaining.  The web site Cambridge in Colour does a good job of explaining technical things about digital photography such as depth of field.  Check it out if you want to know more.

11 thoughts on “Hmm, There’s Something Different About These”