Steam engine No. 844 is a Union Pacific engine that went into service in 1944.  It was the last steam engine built for Union Pacific.  It was also known as No. 8444 because an additional 4 was added to its number to distinguish it from a diesel numbered in the same 800 series.  When the diesel was retired in 1989 the steam engine got the 844 number again.

While active No. 844 was a high speed passenger engine and pulled well known trains such as the Overland Limited, Los Angeles Limited, Portland Rose, and Challenger.  When diesel engines took over all passenger train duties No. 844 was put into freight service in Nebraska from 1957 through 1959.

In 1960 No. 844 was saved from being scrapped by being put into special service.  The engine has become Union Pacific’s ambassador of goodwill making excursion runs and appearances across the U.S. and that’s how my wife and I got to see it with our grandsons over seventy years after it first went into service.

Our oldest grandson is a huge Thomas the Train fan and when his little cousin came along and was old enough to stand at the train table he was indoctrinated into the “Thomas lifestyle”.  When we heard the No. 844 was going to make a stop at the Amtrak station close to us we knew we had to take the kids.  When we got to the station I wasn’t surprised by the number of kids there.  It was a school day so they were almost all preschoolers.  What surprised me was the number of kids aged 60+ that were there.  I think they prefer to be called train enthusiasts.

Before my pictures of No. 844, here are some stats for the engine. 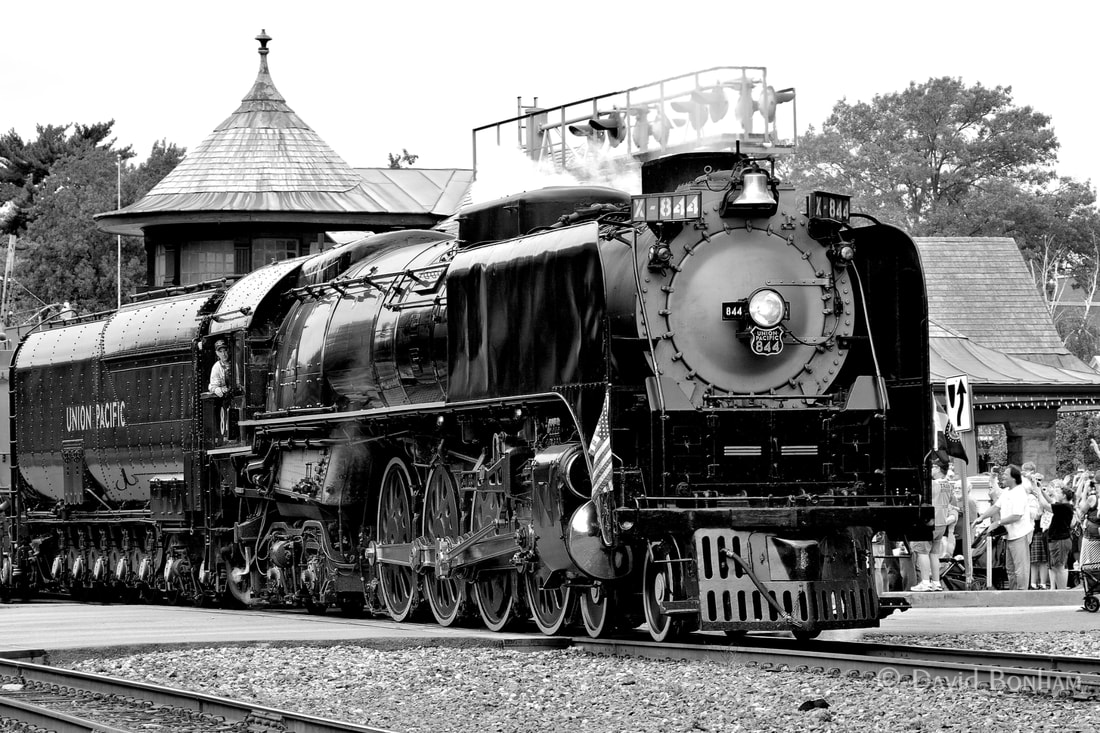 No. 844 pulling away from the station.  Note the Union Pacific yellow for the cars. 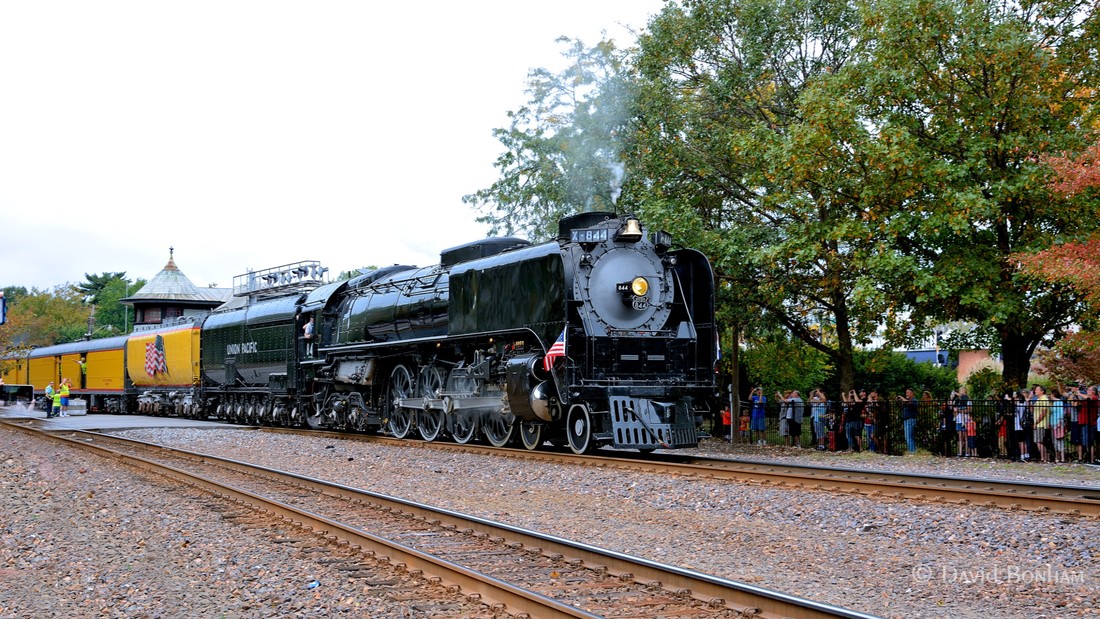 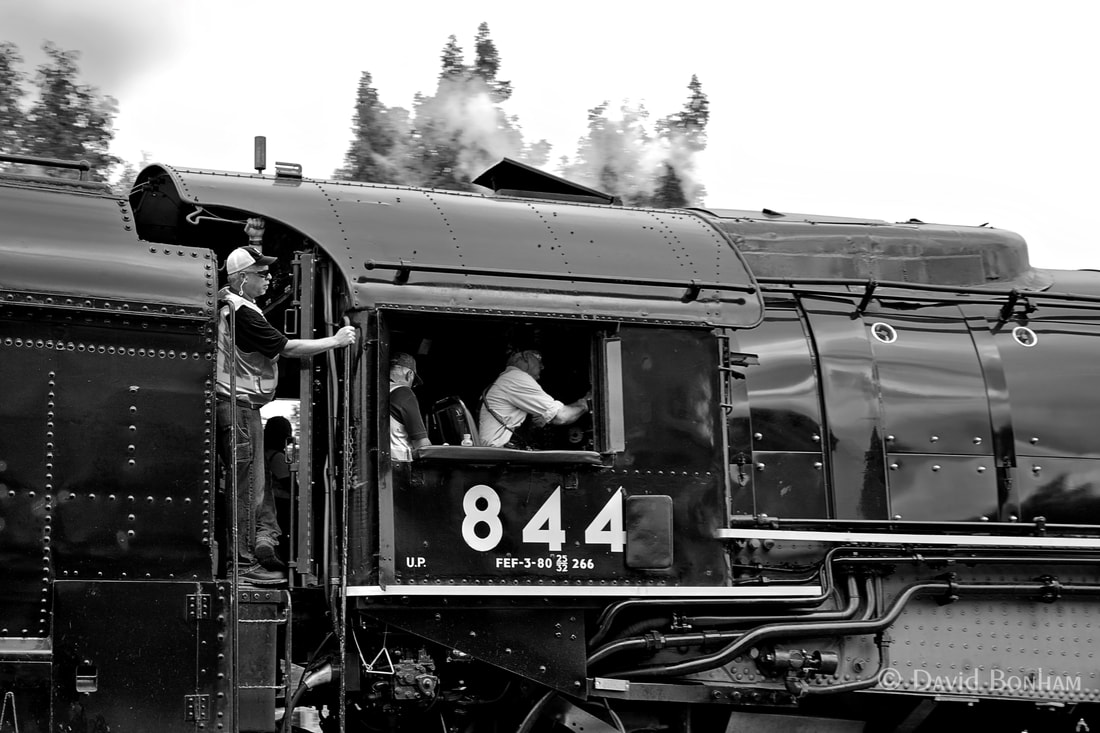 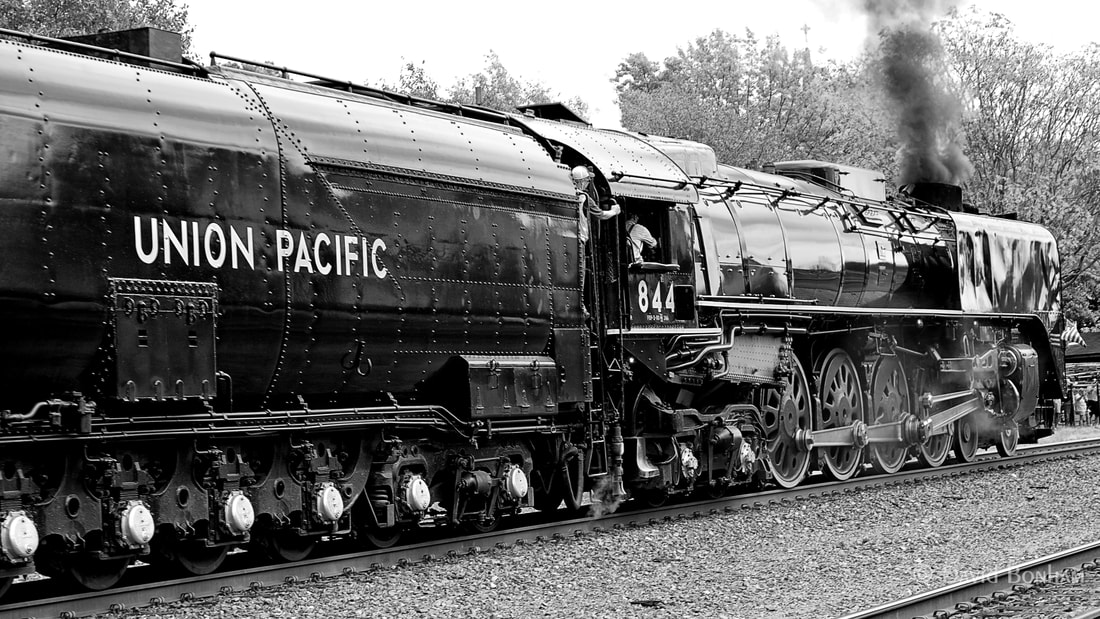 Another color shot showing the iconic Union Pacific yellow.  At least it’s icon if you lived anywhere for any length of time along a Union Pacific line. 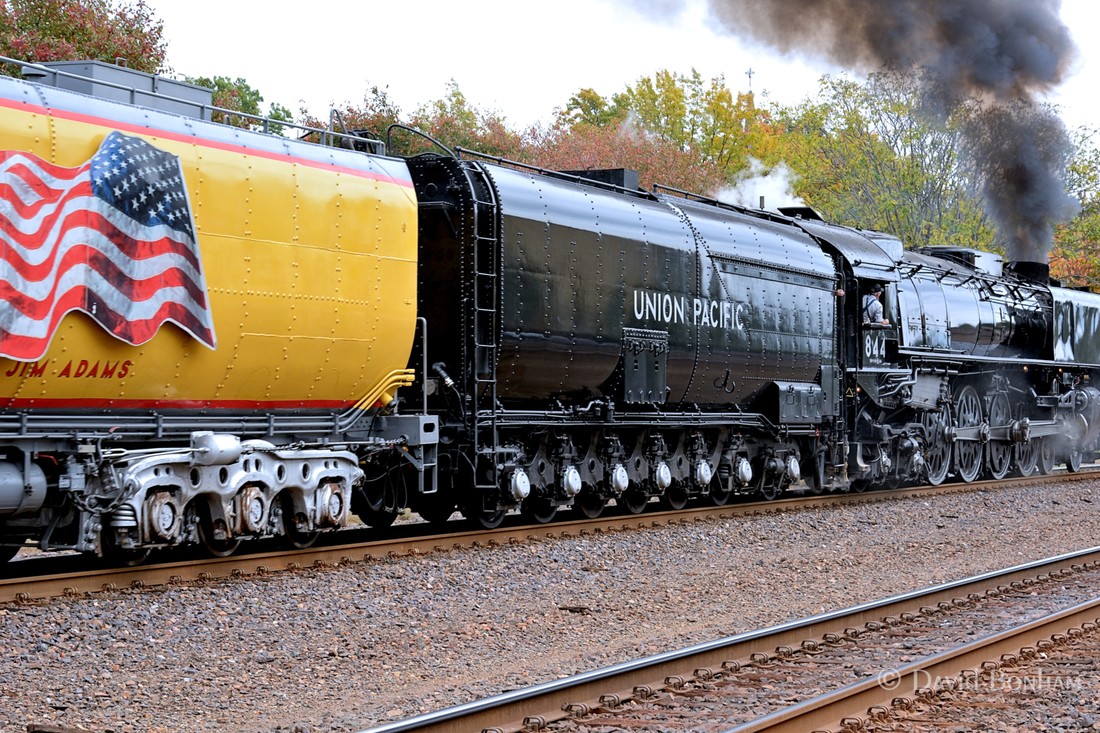 Same as above but in black & white 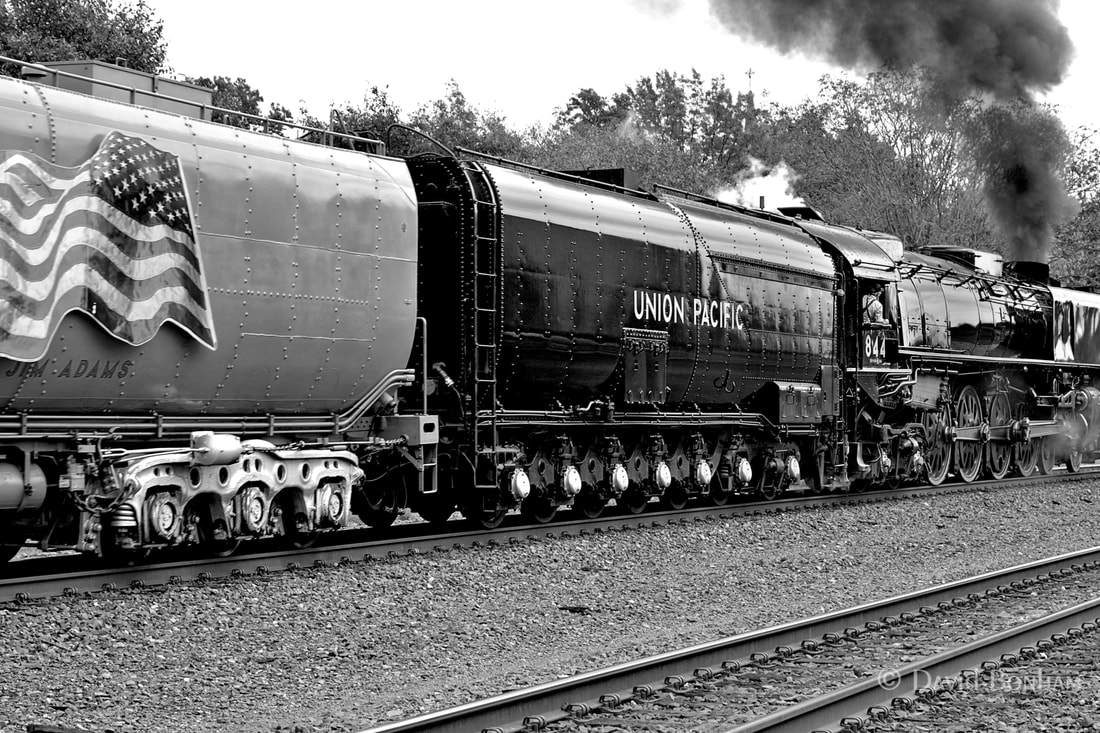