The title may be (unintentionally) a little misleading. I have no photos of wine, but I was drinking wine while taking photos of landscapes. I don’t mean that I was drinking wine and photographing at the same time, I’m not a crude person. I would put the bottle down before I’d snap a picture. I’m not sure which winery this is but based the limited number of ones I’ve been to, and the view of the Missouri River in some of these photos, I’d say it is one of the wineries in the Defiance or Augusta, Missouri area. This area is thirty-five to forty miles west of where I live in St. Louis county but that doesn’t mean it’s thirty-five to forty minute drive because about two-thirds of the drive is two lane highway following the course of Missouri River.

If you get seated in the right area of the patio this winery has a nice view of farmland, woods, and the Missouri River. 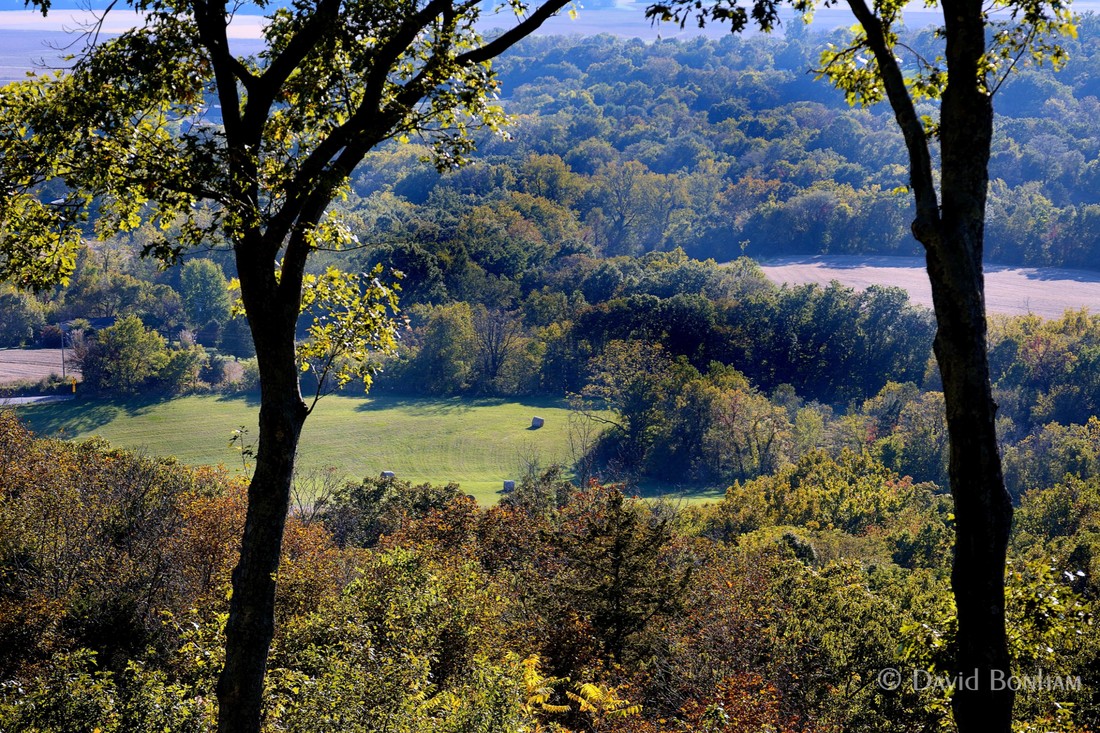 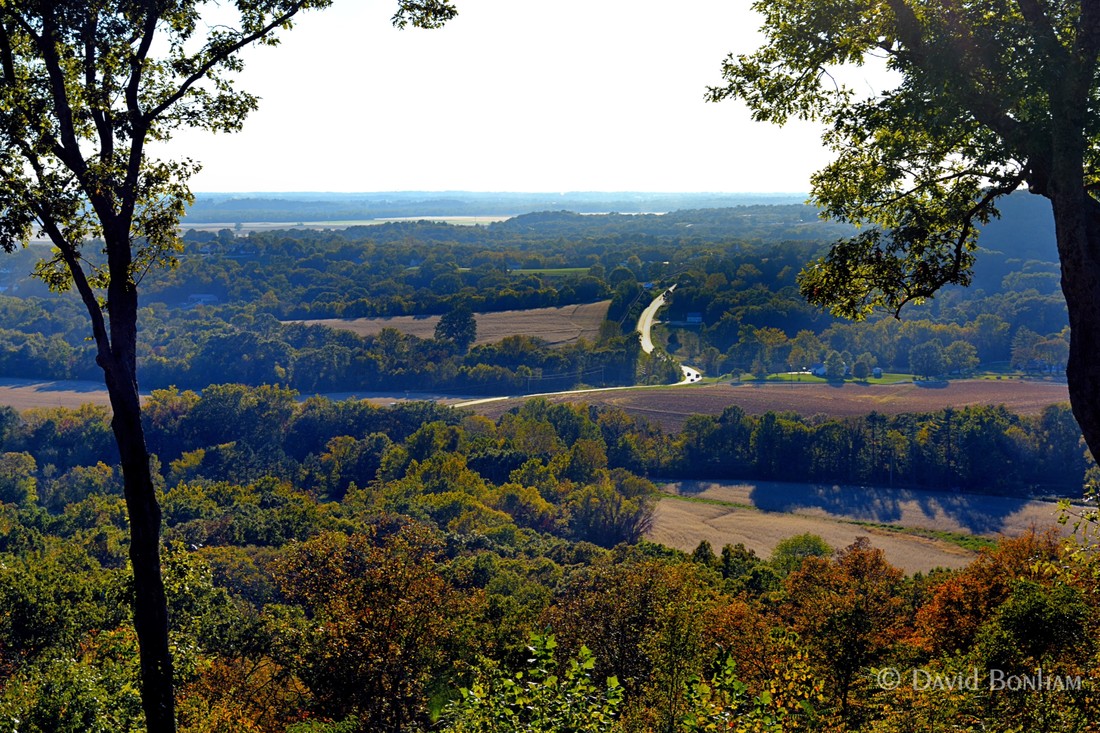 This was taken from the same spot as the photo above but I zoomed the lens in to get more detail of the buildings. 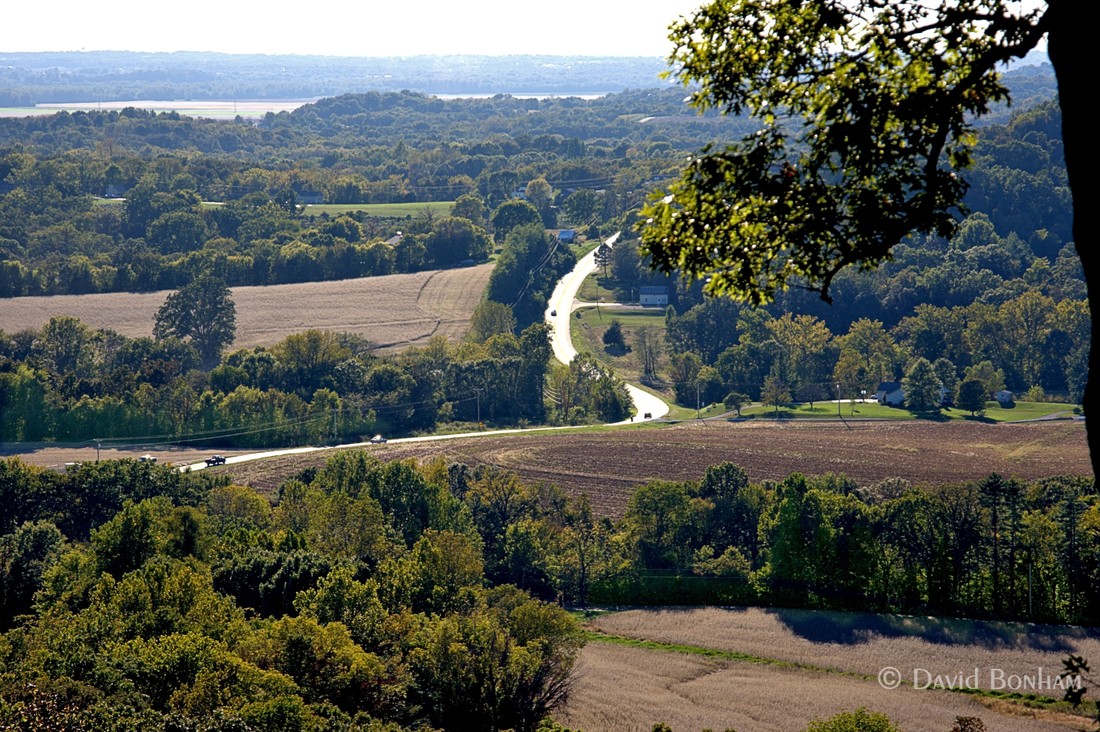 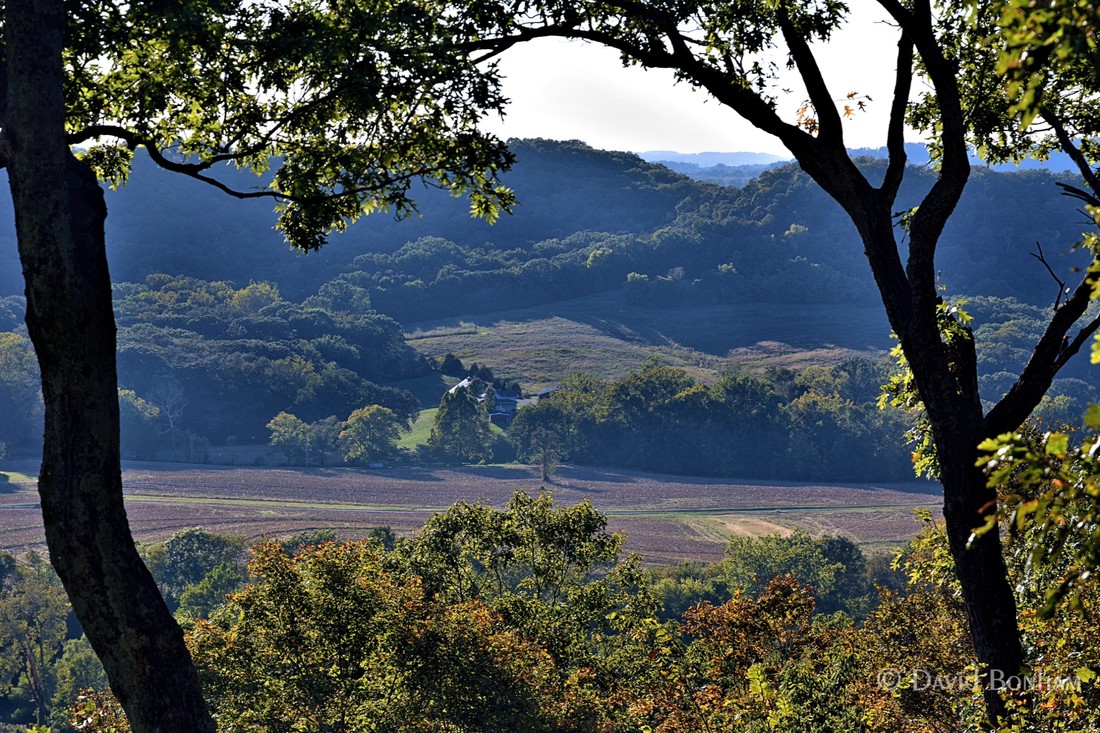 I call this photo Treeo. This has nothing to do with the clever name of the photo but while I was looking at it this morning during my final proof of the post I noticed a very small bright cross or telephone pole in a bare spot between the two trees on the left. It had me puzzled because, although it was very tiny and thin, it was fairly bright and I thought I would have noticed it. I started to turn the scroll wheel on my mouse to enlarge it and realized the object was my cursor. We had a very nice Memorial Day party with family and friends yesterday, need I say more. 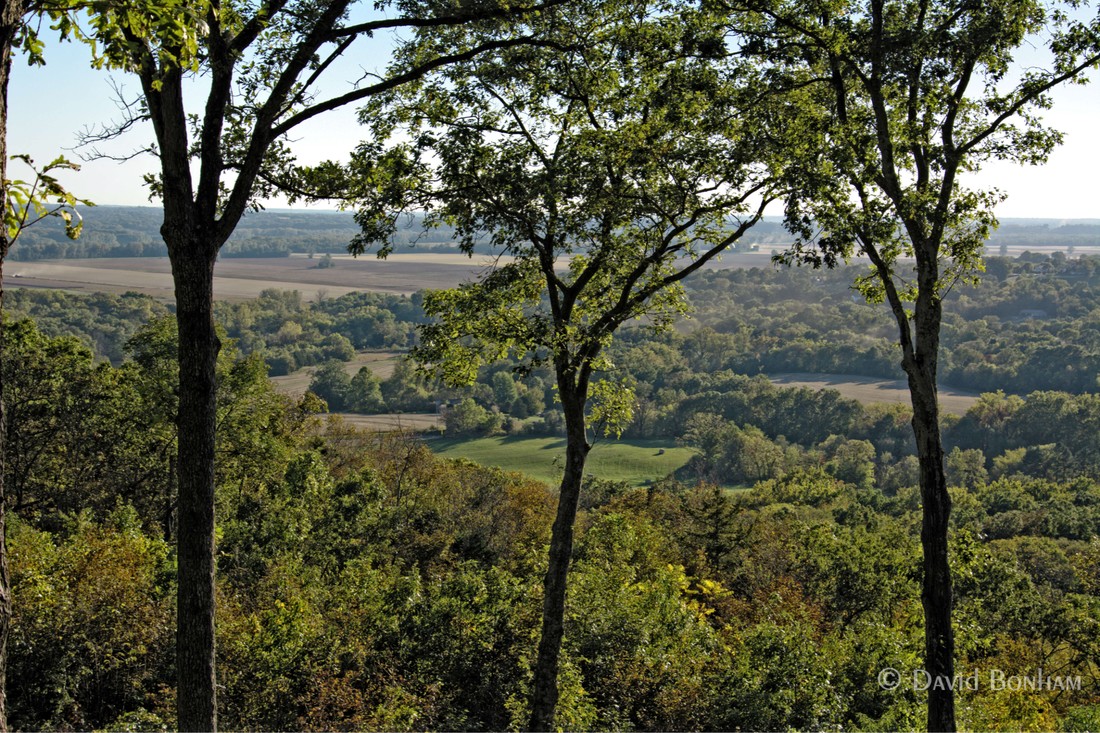 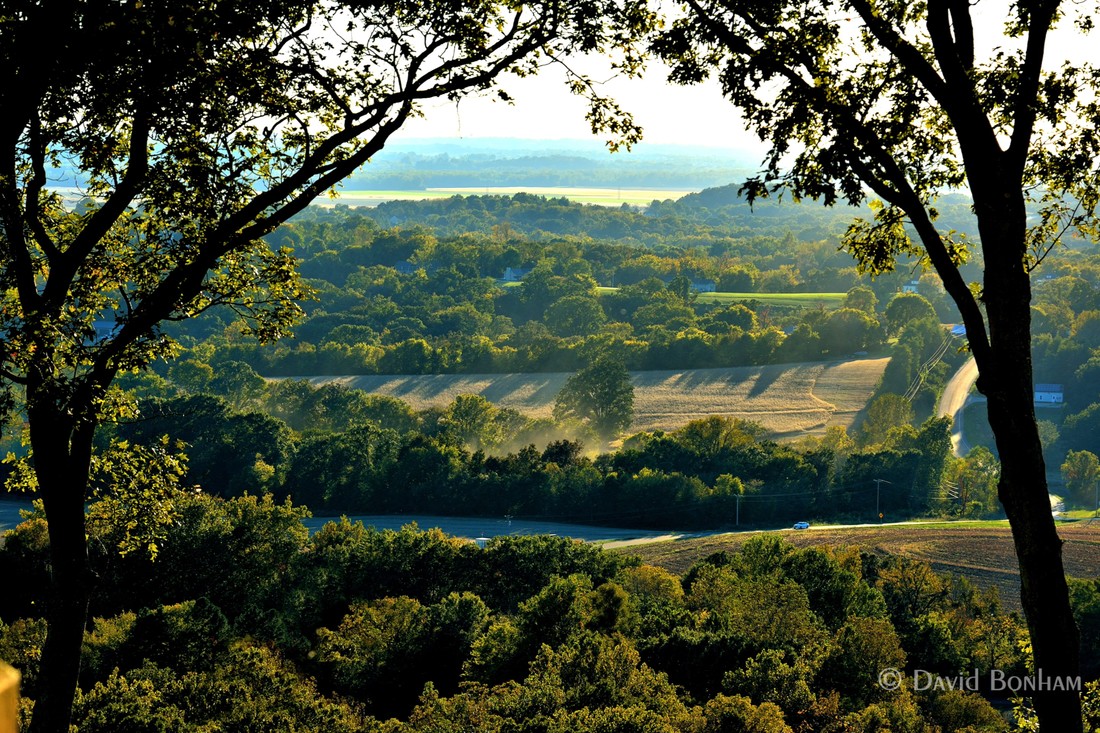 14 thoughts on “Wine and Landscapes”