One Saturday morning I had occasion to be on a parking lot near Busch Stadium in downtown St. Louis. It was a family event promoting Missouri farming and agriculture. I took roughly one gazillion photos of my grandson, his mom and dad, and my wife. I also got in some photos of the buildings surrounding the area. I don’t know the names of most of the buildings.  I think the majority of new buildings in St. Louis (city an county) are kind of boring, but I do have two newer ones here that I like.

This first photo is one of the newer ones that I like.  It’s the 8th circuit federal courthouse, officially named the Thomas F. Eagleton Building.  Eagleton was a U.S. Senator from Missouri.   He was briefly the Democratic vice presidential nominee under George McGovern in 1972.  When news came out that Eagleton had a history of severe depression requiring hospitalization and shock therapy he, at McGovern’s request, resigned from running.  He remained in the U.S. Senate for a total of three terms. 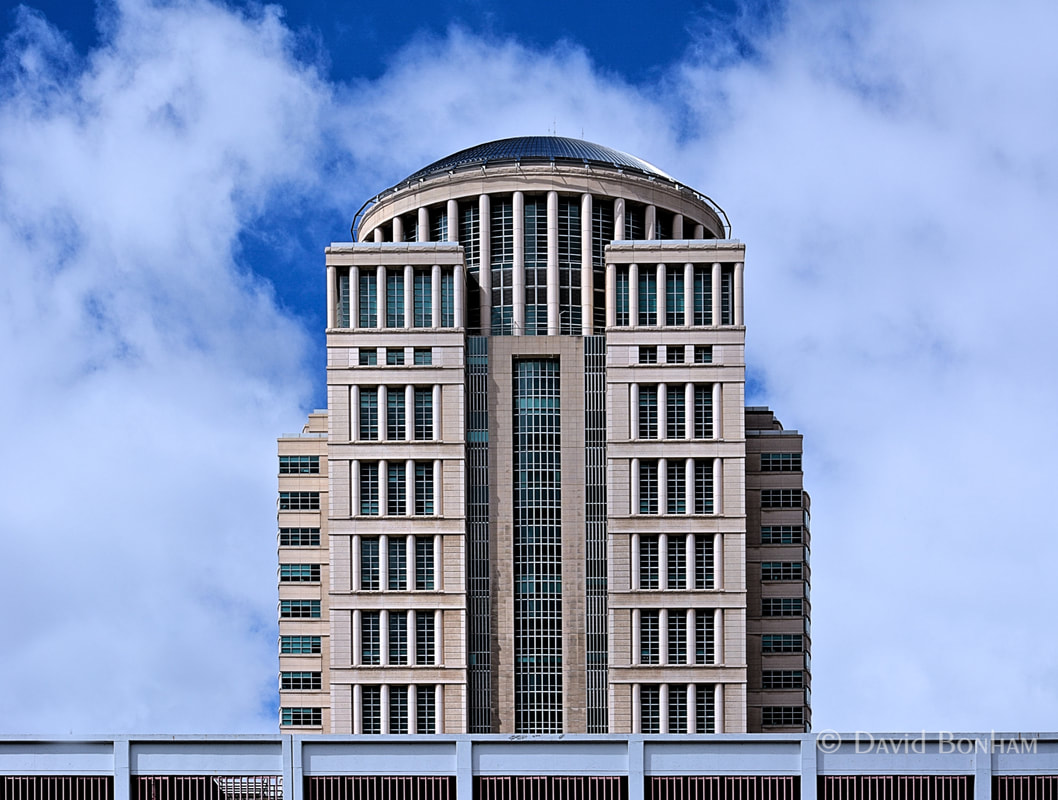 I think this building is more interesting in a photo than in person. 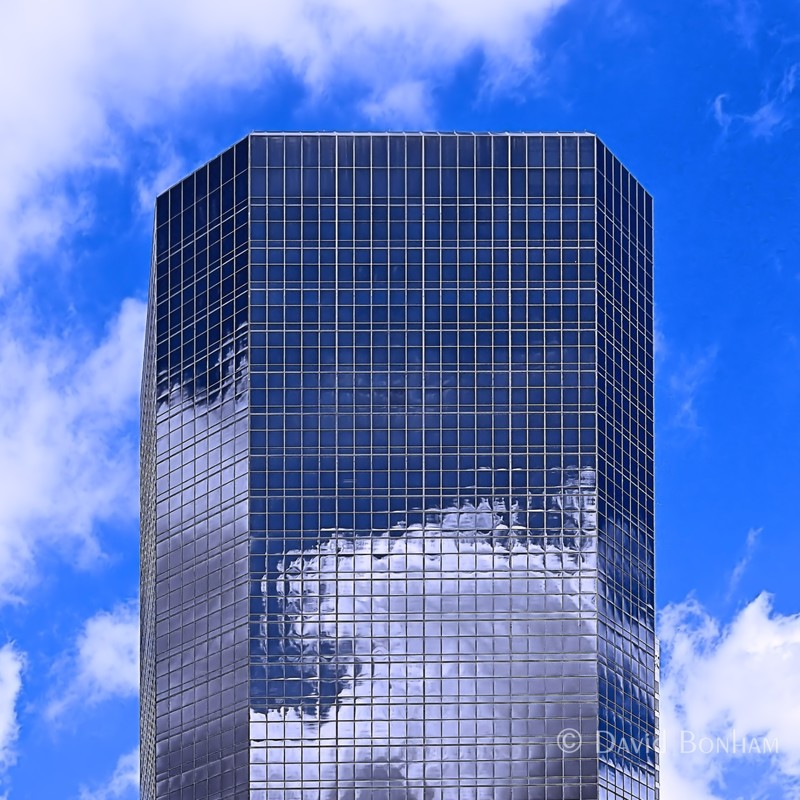 Okay, not a building but it was in my viewfinder as I circled around. It’s one of the light banks for Busch Stadium. 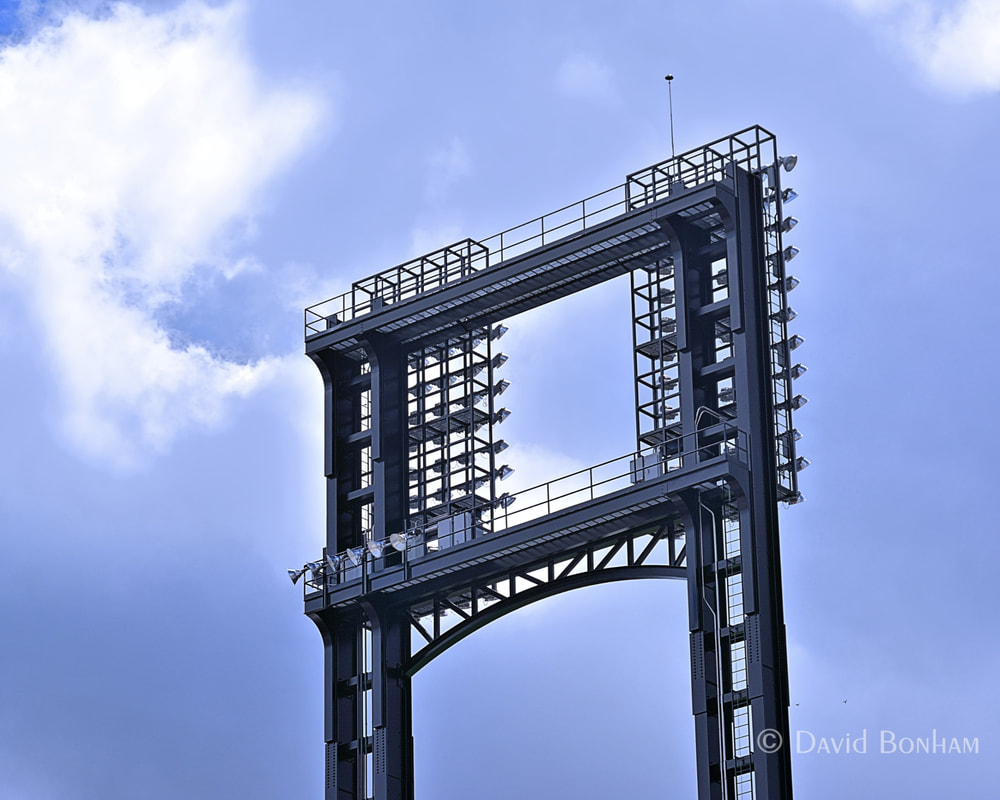 Typical boring rectangular buildings that look a little nicer in photos, especially with a nice blue sky. Look in the lower left of the white building on the left. You’ll see a partial green dome. That’s the top of the old St. Louis Court House where the Dred Scott case was conducted. Want a brief reminder of what the outcome of the case was and its impact on slavery in the U.S.? See this. 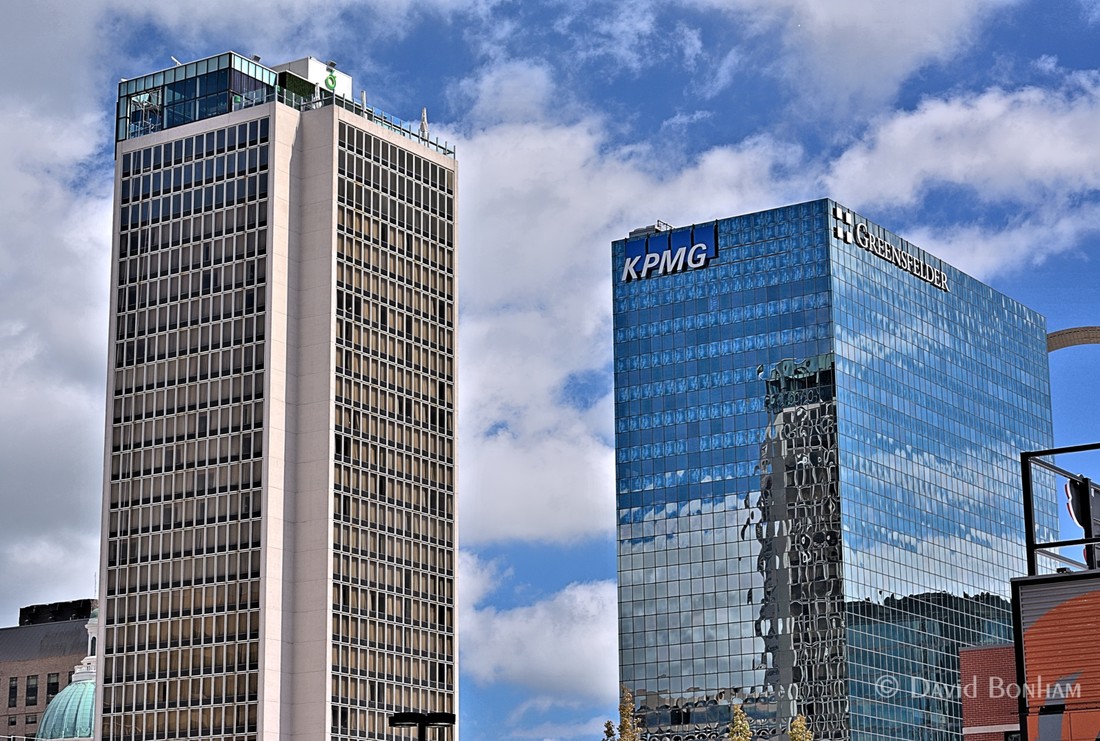 Same two buildings as above with different angle and post processing. 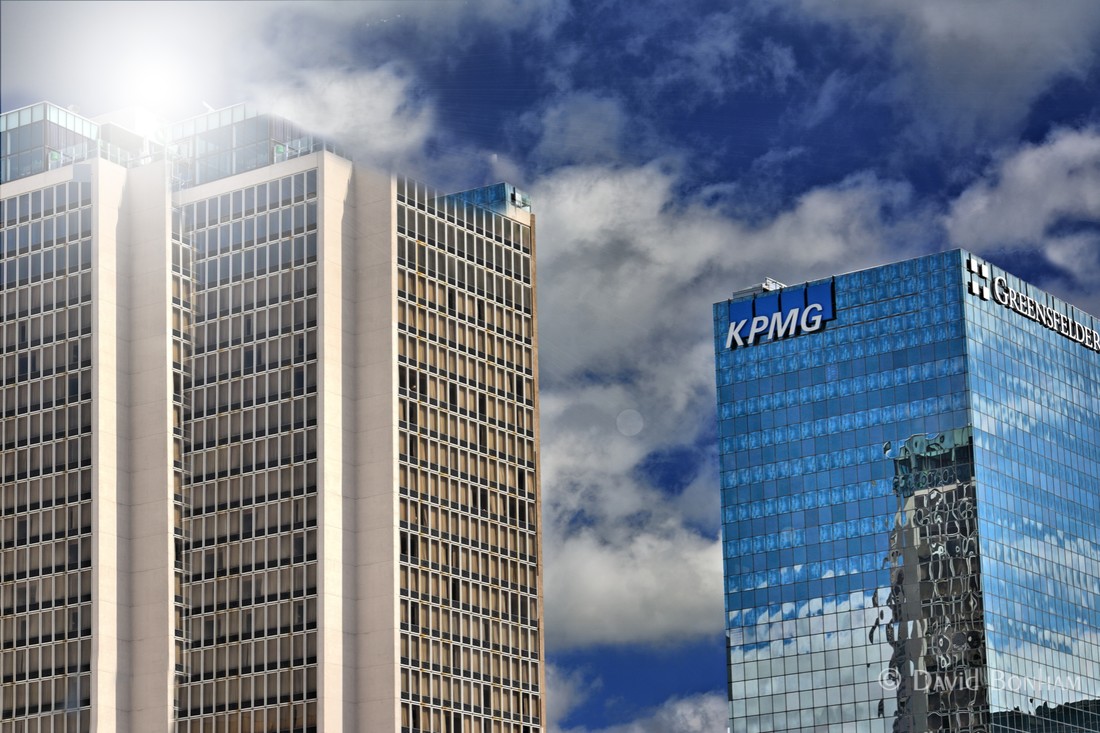 This is the top of the St. Louis civil courts building. That’s a parking garage in the lower foreground; about two blocks away from the building. 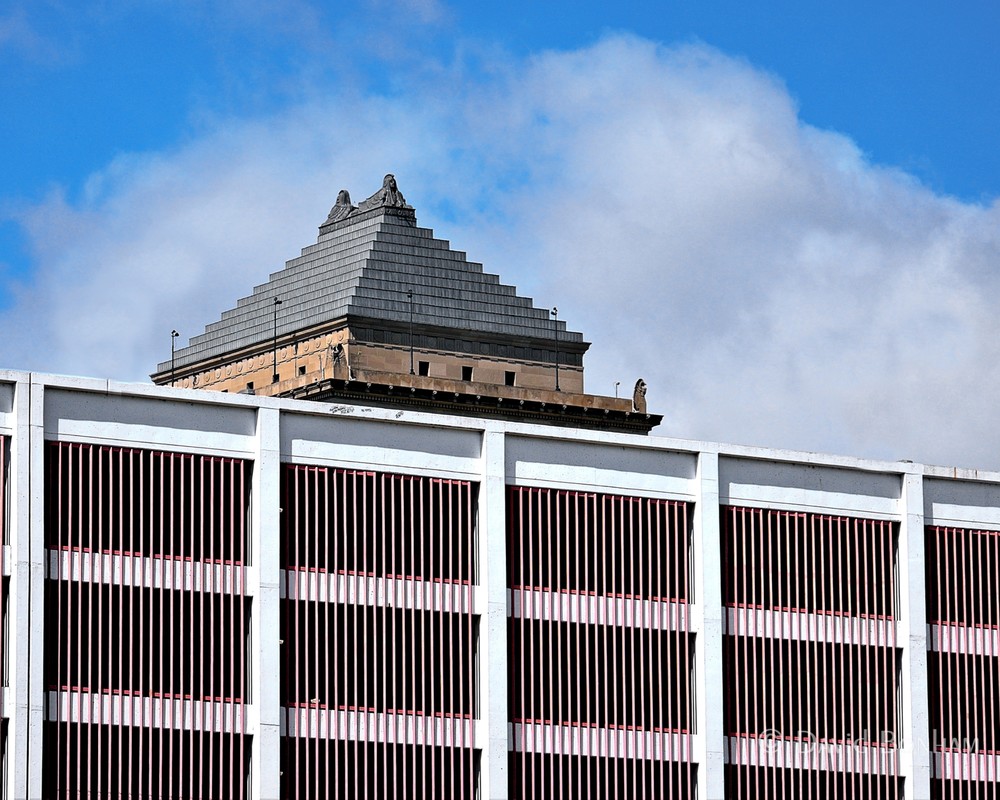 The only thing that partially saves the building in the background are the mirror windows on a bright blue sky day. 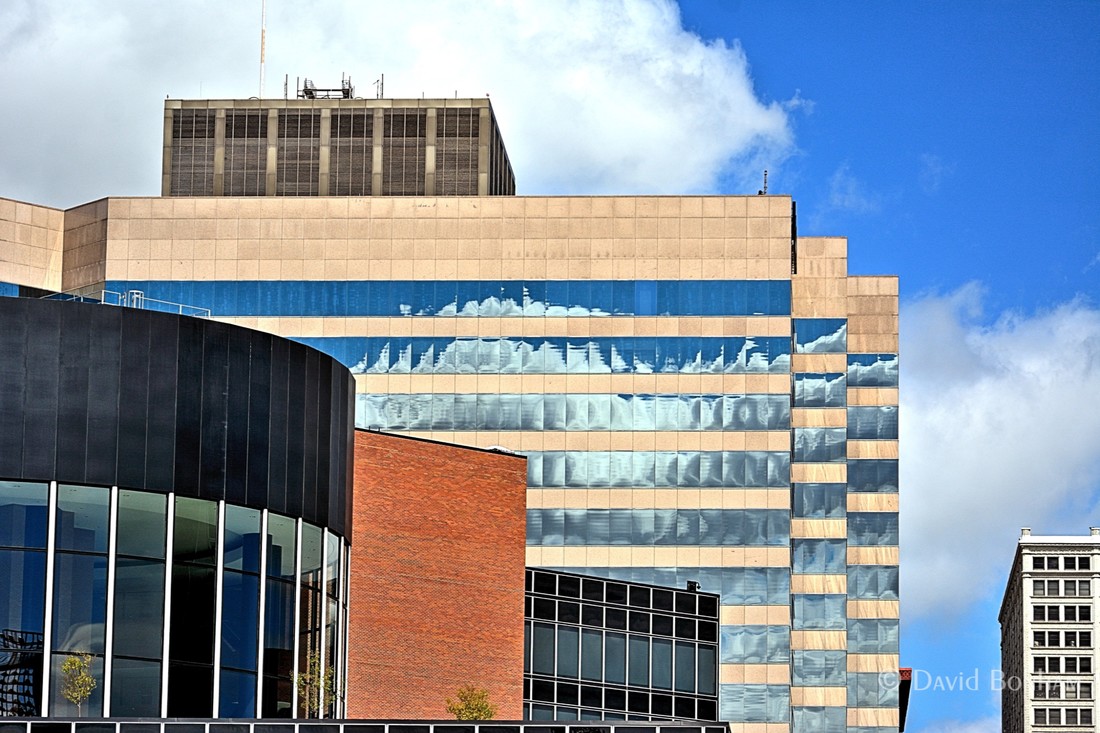 Another shot of the Thomas F. Eagleton Building. 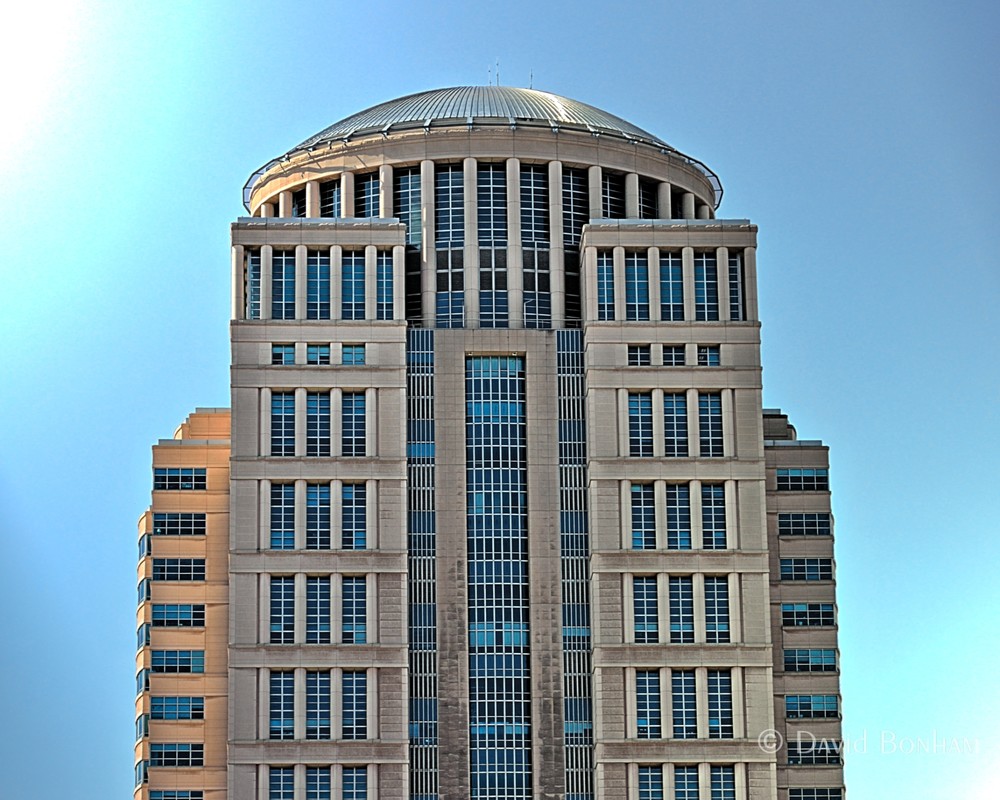 I like this building and I think it is fairly new. I looked it up on Google maps but could not find a name for it, even in 3-D view. I’m kind of curious what it is. 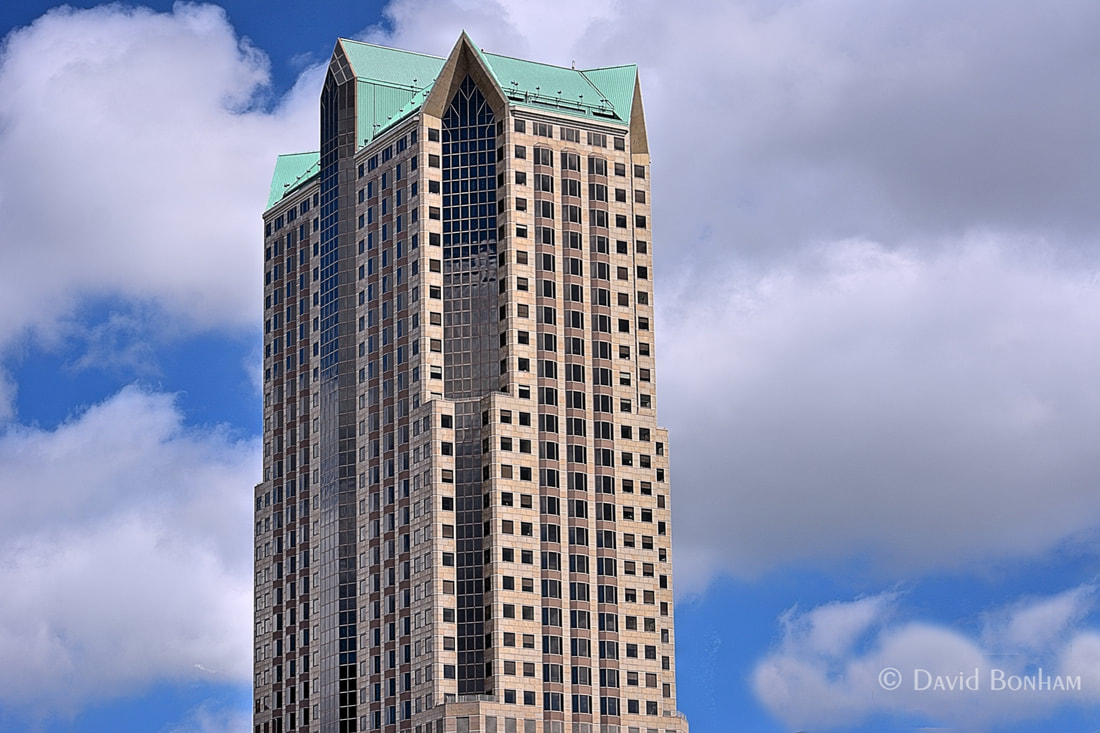 15 thoughts on “Some Buildings”