Every year the city of Clayton, Missouri (the county seat of St. Louis county) hosts the St. Louis Art Fair. We’ve being attending for the past seven years and really enjoy it. It’s a fair or festival with lots of food and drink and about 180 booths situated on the main east/west street of Clayton and several cross streets. In addition to typical art booths the fair includes quite a few jewelry booths, a smattering of clothing booths, and a large number of photography booths which is the main reason I like going. I also enjoy the booths with normal paintings, drawings, and sculpture. By normal I mean the subjects are for the most part presented as recognizable actual living things or objects. I do like some abstract art but not the Jackson Pollock paint drippings kind of stuff or a canvas divided into four squares of primary colors, etc.

You’ll notice I don’t have any photos of the art being shown. Artists tend to frown upon people taking pictures of their original works they are trying to sell. I don’t blame them. It’s a pity some people are so dense or just so outright rude and self centered that they are offended when they are told they cannot take pictures.

I also don’t have any photos of people. We almost always attend the fair with two other couples and that makes it hard for me to set myself up on a spot with an interesting or neutral background and wait for my “prey” to come within “shooting” distance. I have to keep up with our group. When we go it is really too crowded to take photos while walking among the booths. Basically that leaves me with taking pictures of buildings. So here they are.

Here’s the first building I shot without any perspective correction. I started out a little further to the left of the building but moved to the right to get a better composition with the moon. 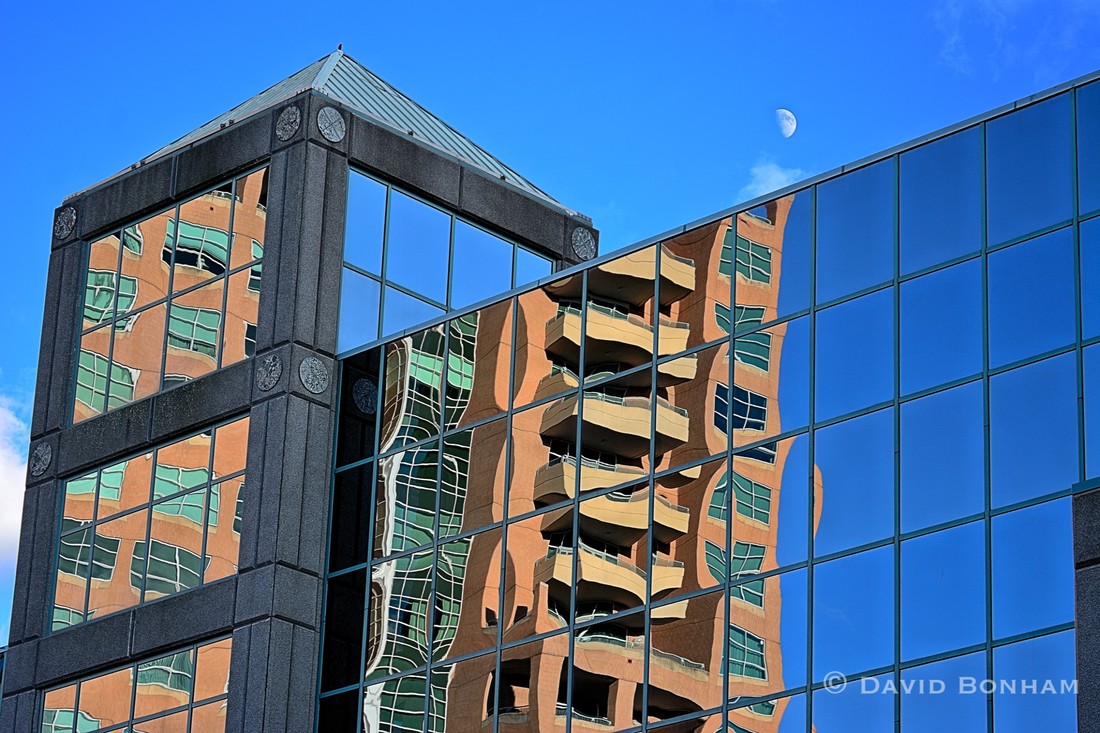 This is a similar shot to that above but it has had the perspective corrected a little. Unfortunately the clouds moved and pretty much covered the moon. 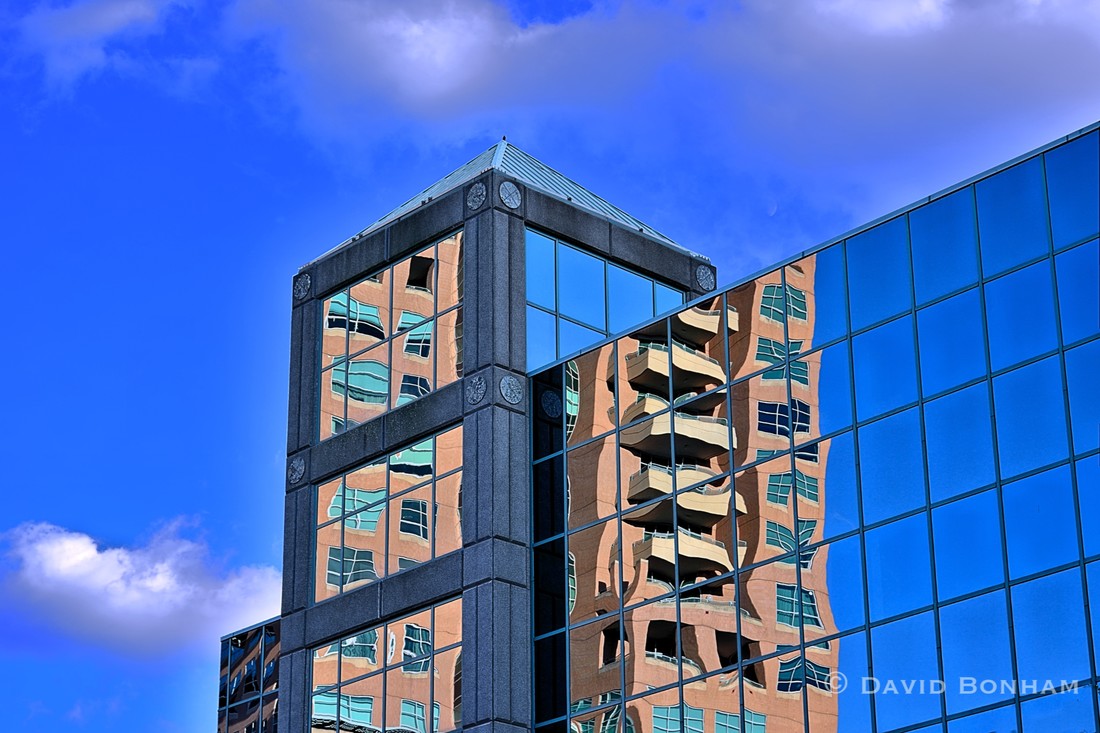 Again similar to the two proceeding shot and this one also with perspective correction. On this one I zoomed in because the clouds had moved enough to get the moon in the photo and I wanted it to appear larger than in the first photo. 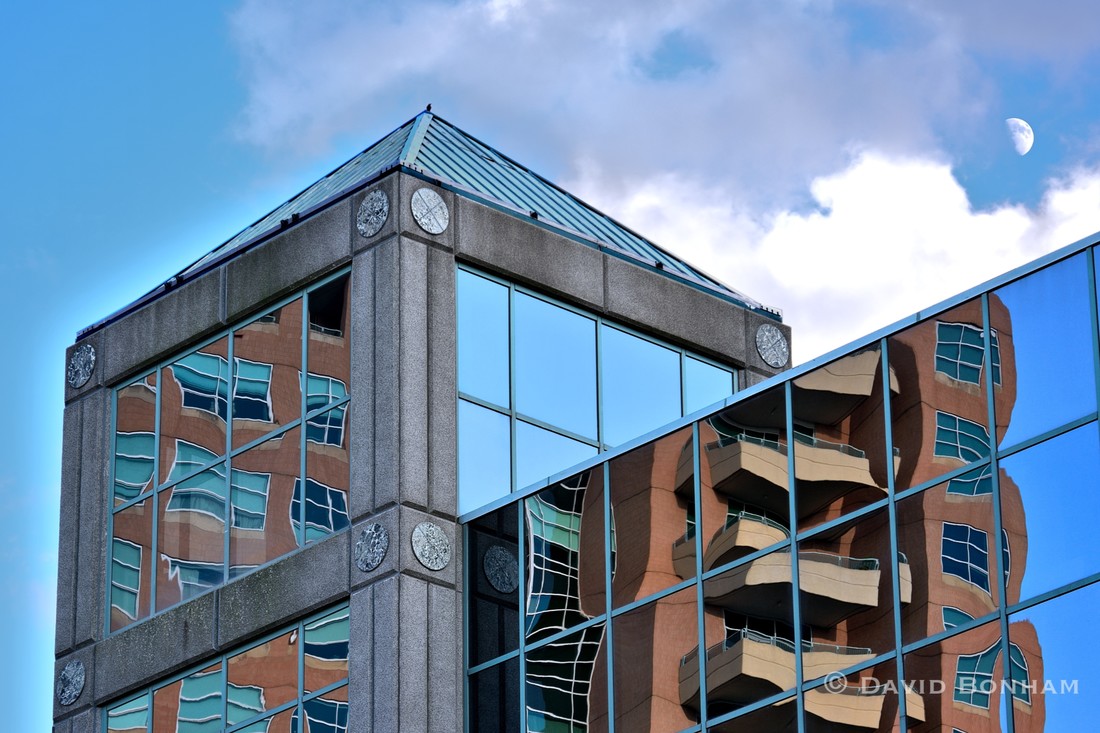 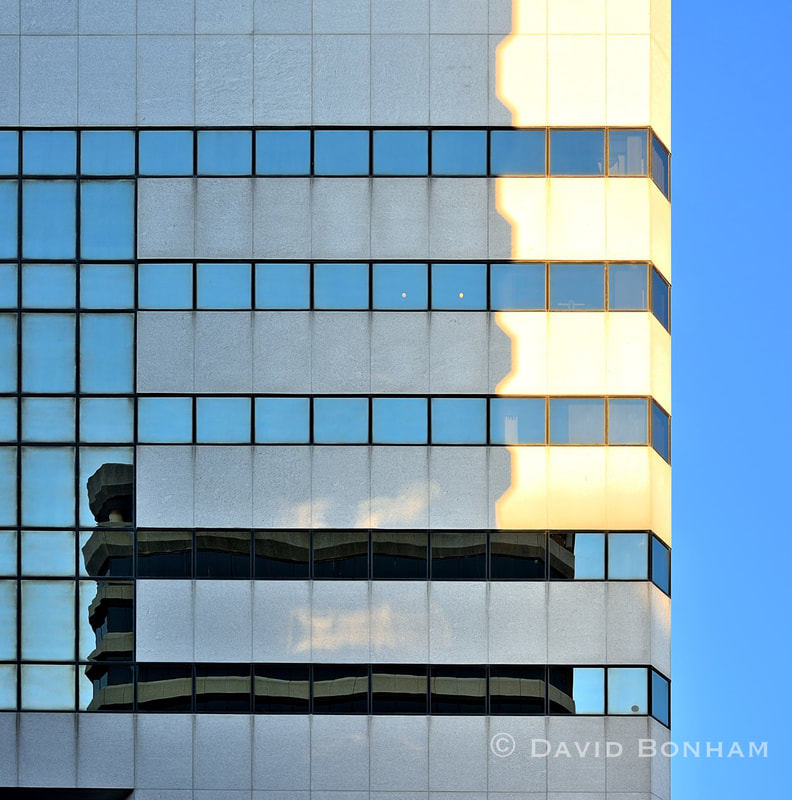 Over the years I’ve taken many photos of the street lights, those with and without banners. I really like this one because of the two main colors and the shiny metal and glass globe. 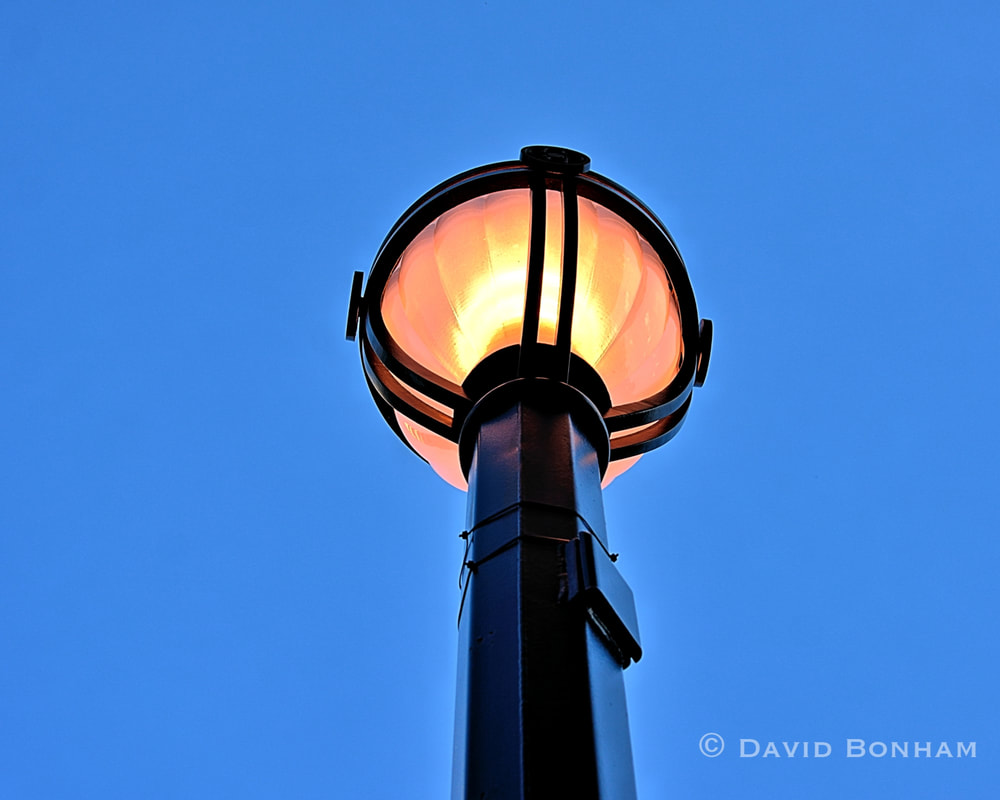 I have also been taking a photo of this church every year. It is on the northeast corner of an intersection just across the street from the fair area. We go to the fair at about the same time of day every year. We park the car(s) a few block away from the event area and eat diner either at the fair or a nearby restaurant. Either way the church is one of the first the first photographic things I see.

It is always bathed in late afternoon, golden glow sunlight light and I always try to take a picture of it from a block away at the bottom of a hill so I can get the whole church in frame. No matter what there are always cars, or people, or utility poles, or wires in the way. I usually try for the picture anyway because the sunlight on the brick is so good. Even though I’m always hoping I be able top do do something in post production, I’ve never kept a shot.

One year there was only one parked car on the street and a couple of people at the top of the hill who were very small because of the distance. I figured I could clone out the distractions. I couldn’t, or at least did not have the patience to do it. After two hours I had removed the people so you would never know they had been there and I removed a prominent utility wire. The people took about fifteen minutes to remove, the wire took the other thirty to forty-five minutes. I still had a half dozen more wires and the first one was the easiest. Plus I had the car and several utility poles. I’ve always been a sprinter; not a long distance person so I gave up.

For this particular photo of the elusive church I went to a different spot. This time I went to the top of the hill on the same street as the church but on its south side instead of the west. I got up on my tip toes and shot high to avoid all the distractions.

Problem was though it was later than usual and all the tall buildings to the west of the church put the church in shadows except for the very tip top. Also there was a huge section of tree branches and leaves on the left side of the frame and the perspective was distorted. I cropped off most of the leaves and branches and cloned out what remained. TI did some perspective correction and then, to add additional highlight the top portion that was already highlighted by a low sun in the west, I added my own sun.

It’s not a great picture but now I have a picture of the church I’ll keep and I’ll never have to try to photograph this church again. It’s out of my system … hallelujah and amen! 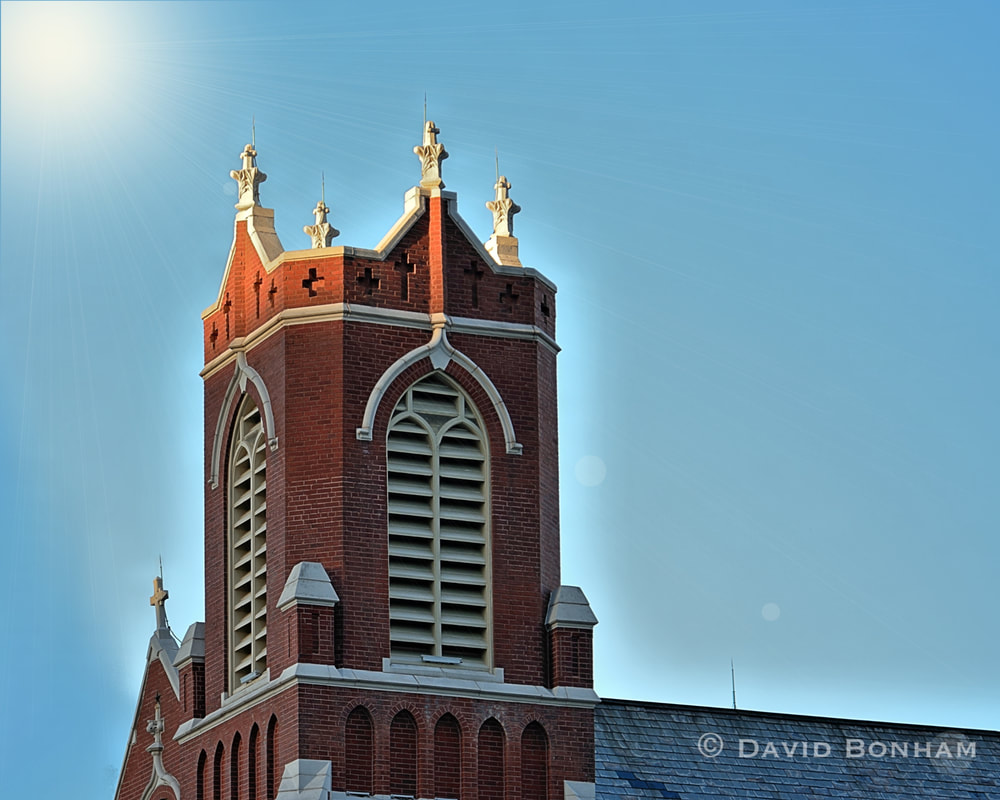 An almost organic monolithic structure reaching up to recieve the empowering energy sunlight. Maybe I’ve been reading to many art books lately. 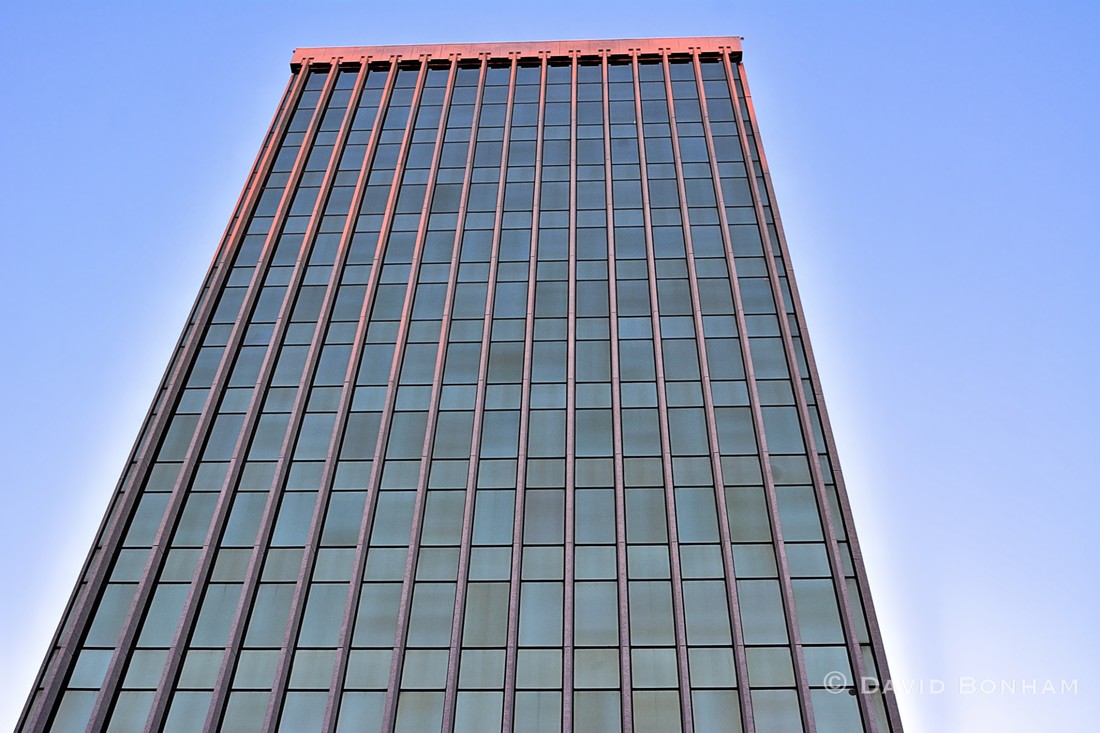 This building facing west is a magnet for the sun’s rays. I’ve no idea of what is creating the shadow in the bottom center but I like it. 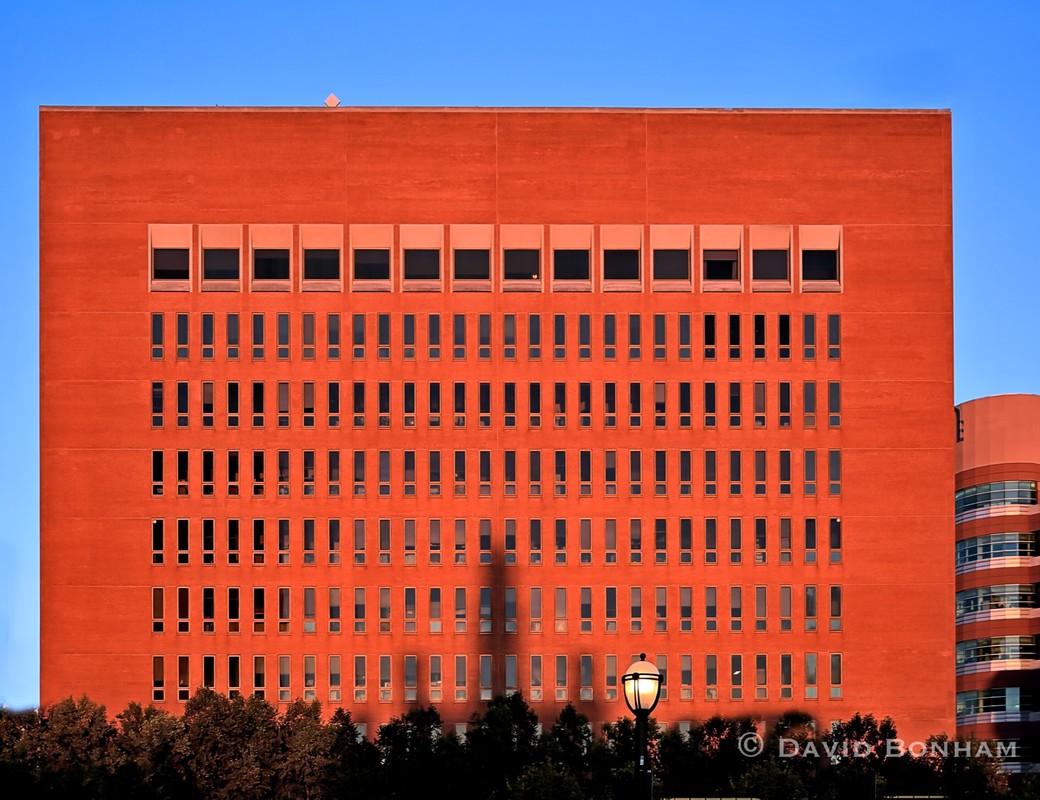 When I looked down this street I couldn’t believe the layers of blue, purple, and pink that I was seeing. I took the picture and within thirty seconds all the layers had disappeared. The colors were so subtle I didn’t really think there was a chance they’d show up in the photo. I was very pleasantly surprised. It came out exactly as I saw it, down to the darker line of pink. 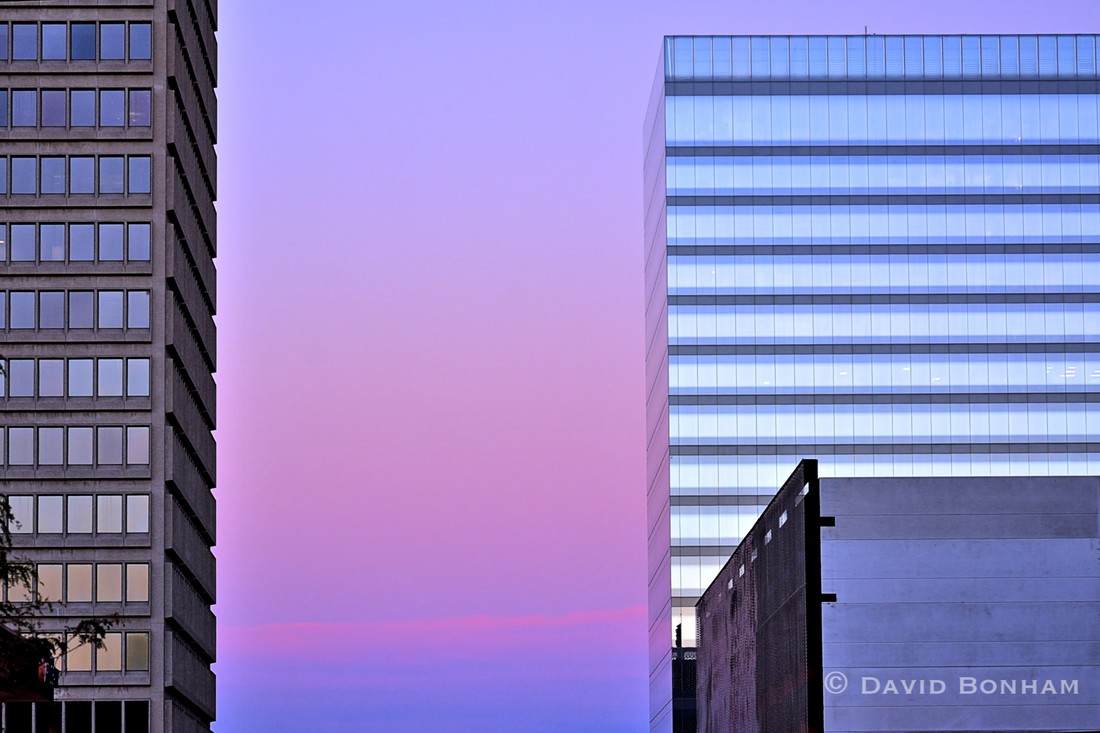 It’s getting darker and yeah, I like street lights. 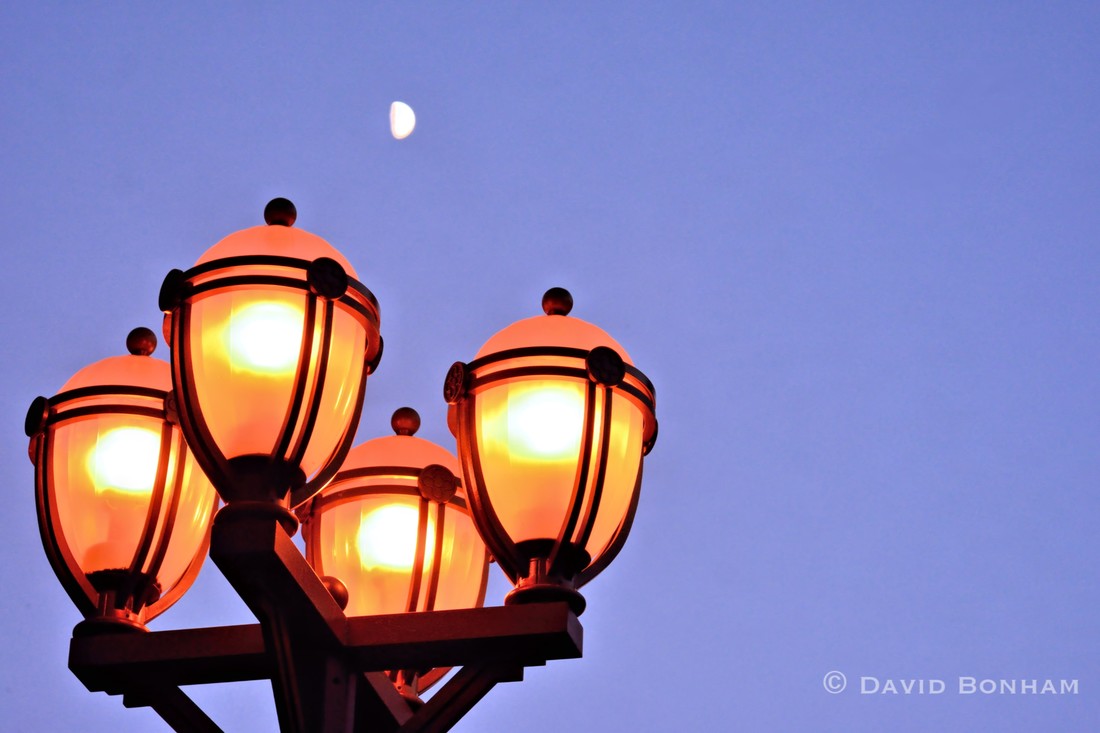 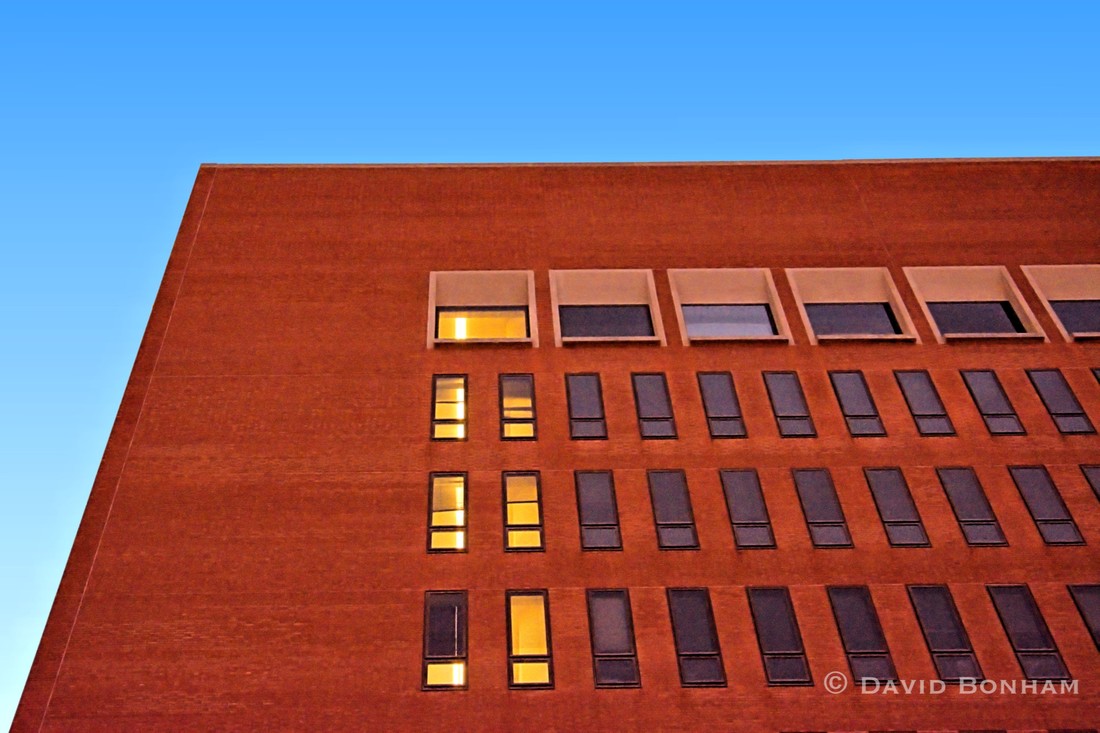 It’s really dark now. I exposed for the stairwells on this building but I guess you’ll have to take my word for it that this is a multi story building. 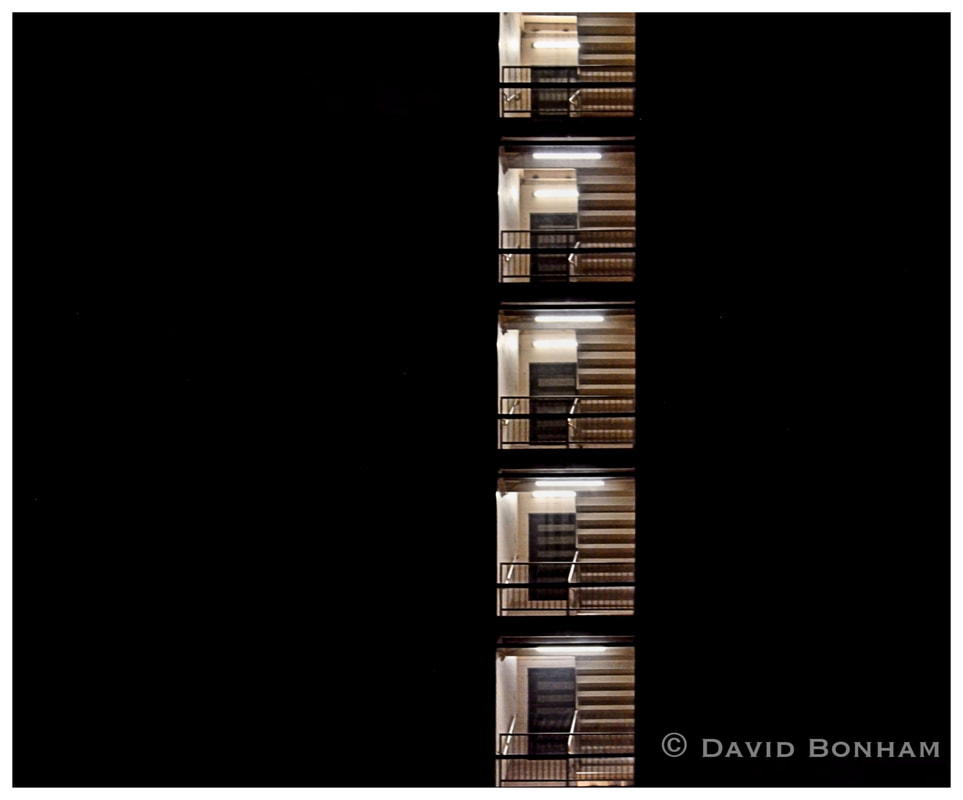 Sort of but not specifically related to this post I’m still trying to figure out where to go with photography. I will continue to do macro flowers and insects but continue to also photograph and post other subjects until I find the one that I really, really like and think I might be good at. (remember it’s okay to end your sentence with a preposition, especially in informal writing and if it’s not a school paper.)

At one time I thought I’d give wildlife photography a try but after thinking about it I realized it was not for me. Like golf it just takes up to much time. First I’d have to travel to an area with wildlife (the squirrels and rabbits in my yard don’t count) and then there is the time needed for stalking and or waiting in cover. Also the hours are bad. Generally early morning and late afternoon is the best time for finding most wildlife.

So the search is still on, no idea how long it will take me to find something but if anyone has any ideas of genres or subjects to investigate I’d like to hear from you.

Thank you for taking the time to view my blog.