Each year we, along with two other couples, make two trips to Lake of the Ozarks.  One of the couples has a condo at the southwestern end of the lake just west of Camdenton, Missouri.  I don’t mean to be disparaging but Camdenton, at least the downtown area, is not the prettiest small town in the U.S.  The downtown area is where US highway 54 and Missouri highway 5 intersect.  This is also where the Camden County courthouse is located.

Unlike the most midwestern county seats the Camden County courthouse is not surrounded by streets on all four sides making up the typical courthouse square.  Instead this courthouse sits on the northwest corner which pretty much relegates the business district to very short sections of the east side of highway 5 north and south of US 54 and a short section of the west side of highway 5, south of US 54.  With two busy highways running through the business district, the area is not really conducive to retail traffic.  All in all it’s just not your nice town square with a large grassy area surrounding the courthouse and four short streets on all side with lots of foot traffic.

The photos in this post are not typical Lake photos of people in boats, water and jet skiers, and kids jumping off docks.  I’ve done those pictures.  These are scenes on dry land in the Lake area.  These are scenes that I found interesting for one reason or another.  I suspect a lot of viewers will find them boring because they are so different than what I normally do and not what they are looking for when they come to this blog.  That’s fine, we all have our own tastes and preferences and next week I’ll be back with macros.

These next seven photos are shots taken from an alley behind the Camdenton business district on the east side  Missouri state highway 5.  The subject matter does not really look a whole lot better when viewed from the front.  I still haven’t figured out why but for some reason these silver propane tanks in conjunction with the rest of the scene really grabbed my attention. 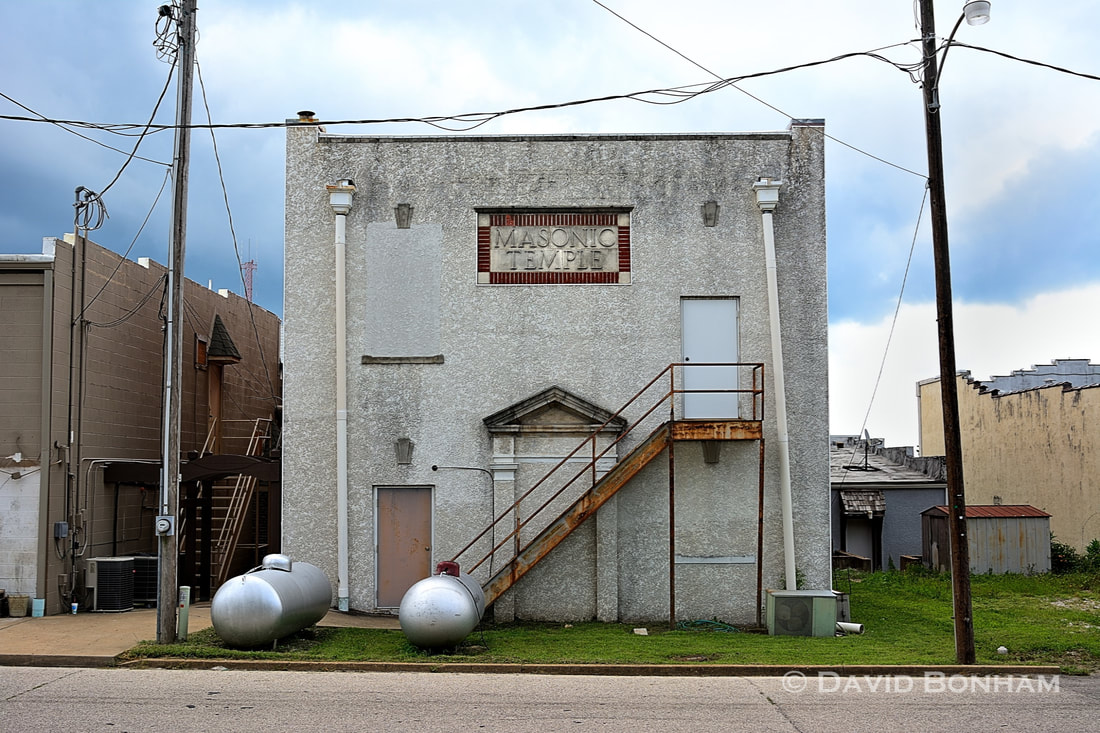 This is a closeup of the Masonic building shown above.  I really liked the propane tanks in the shot above but when I zoomed in and saw all these vertical, horizontal, and diagonal lines (not to mention the oblong, triangular and other shapes) I knew I had to take this picture too. 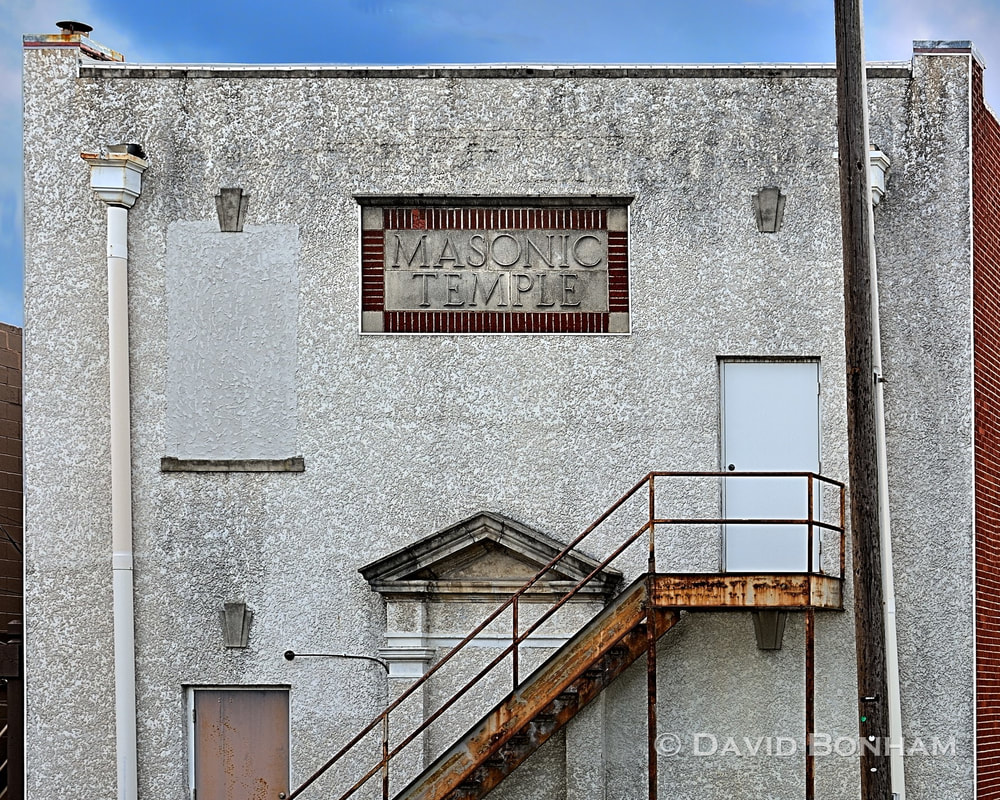 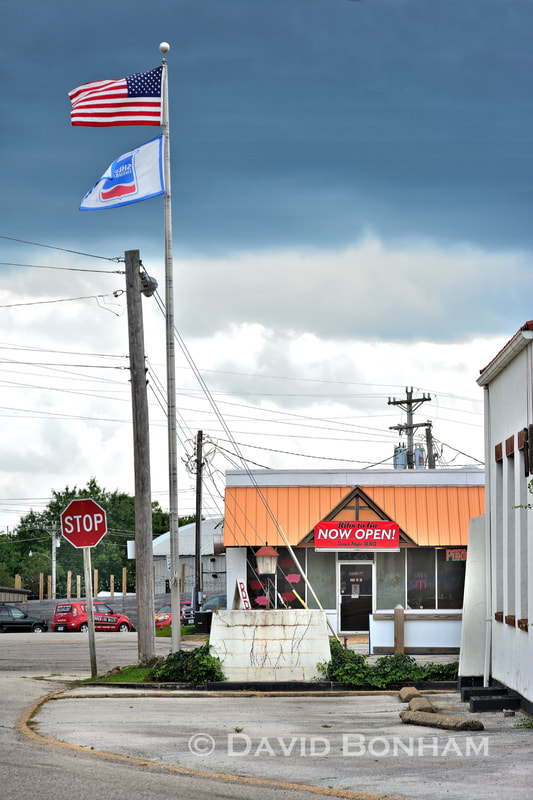 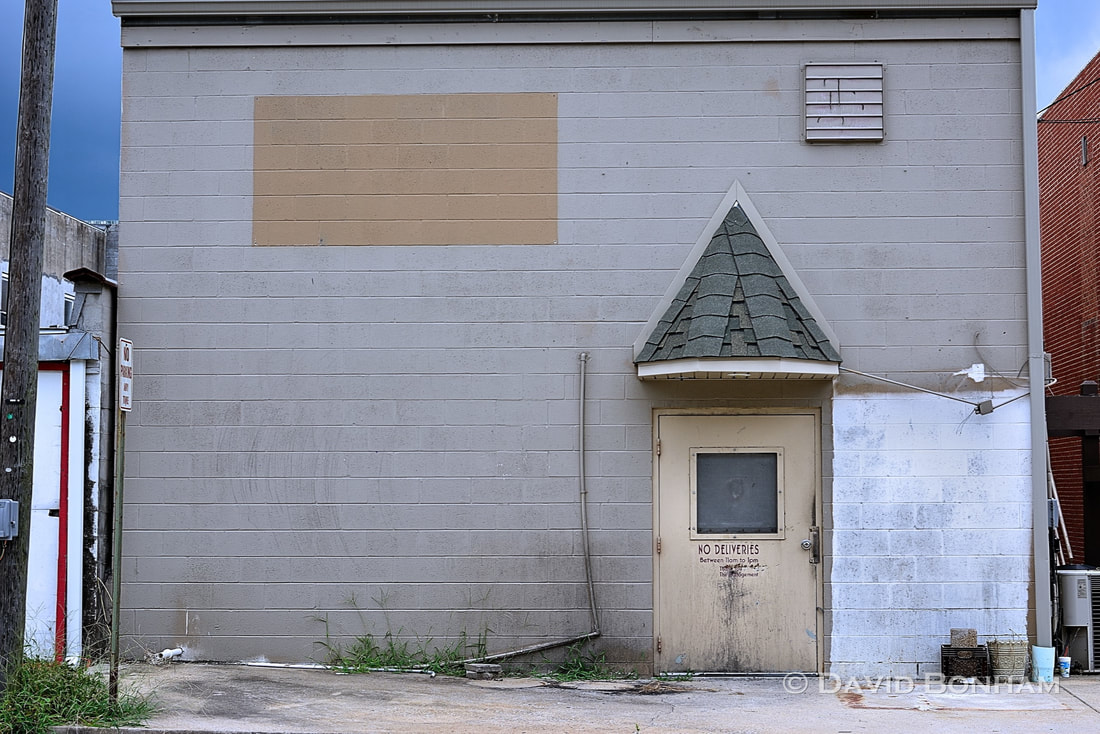 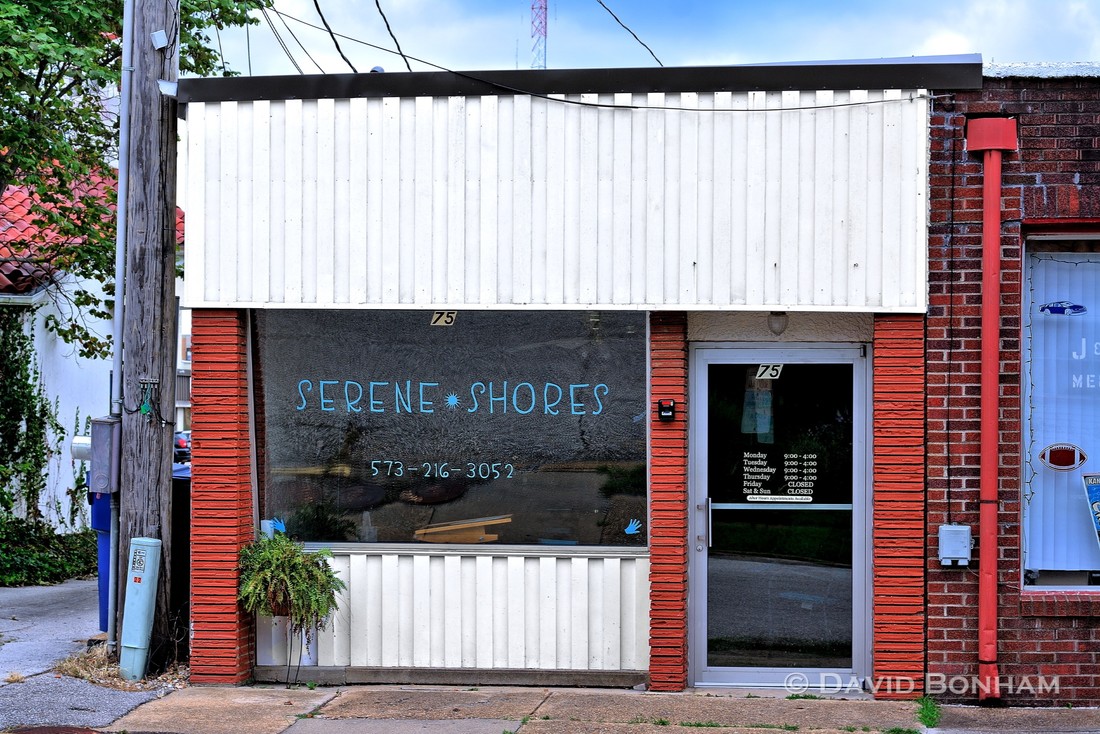 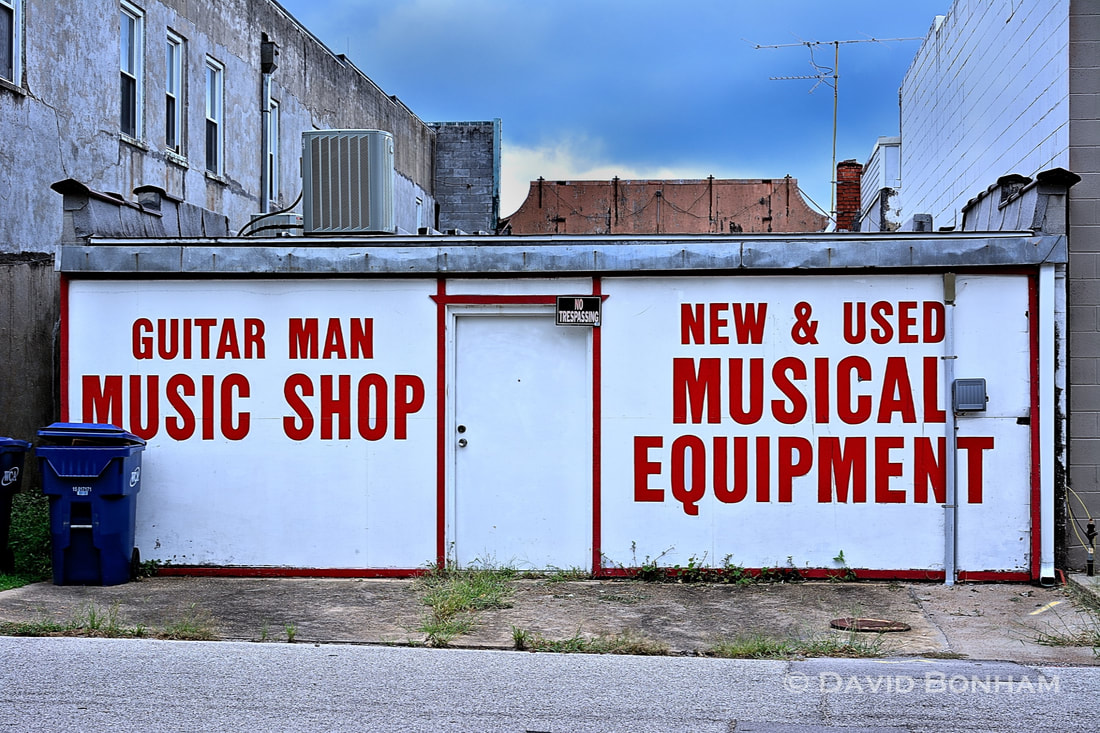 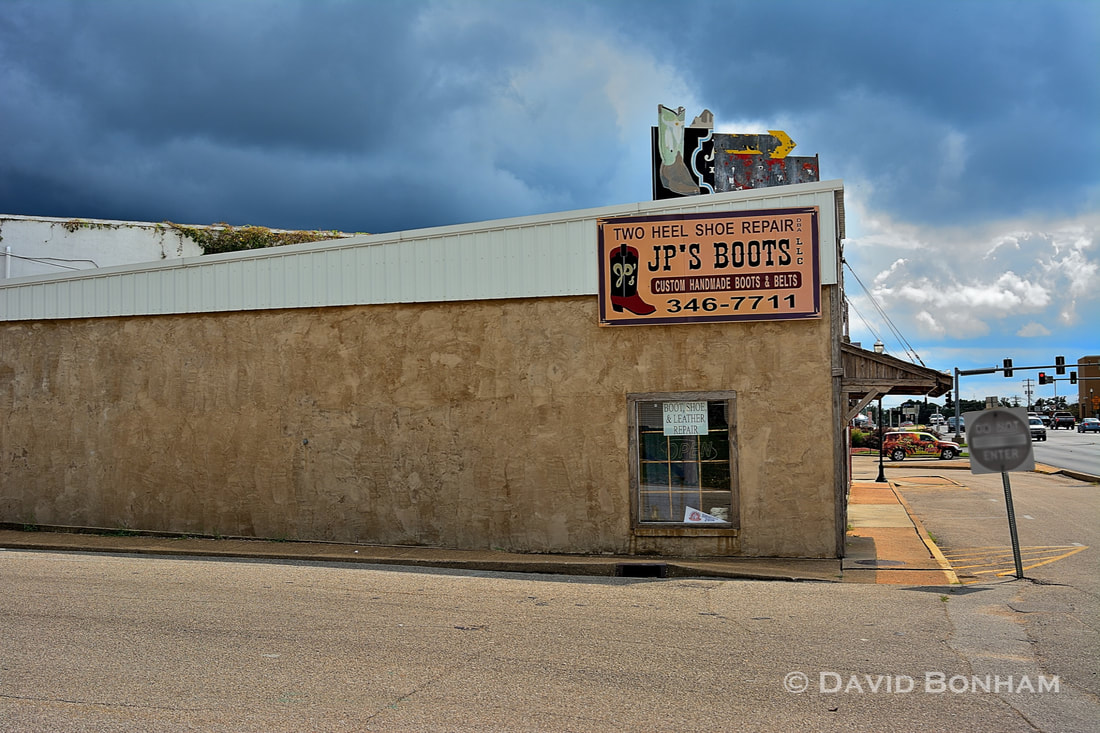 I forget in which shopping area the photos were taken (maybe Blair’s Landing).  I’ve taken shot of these roof many times in past years but this time the clouds and lighting finally added a good background for these colorful and interesting roof lines and texture. 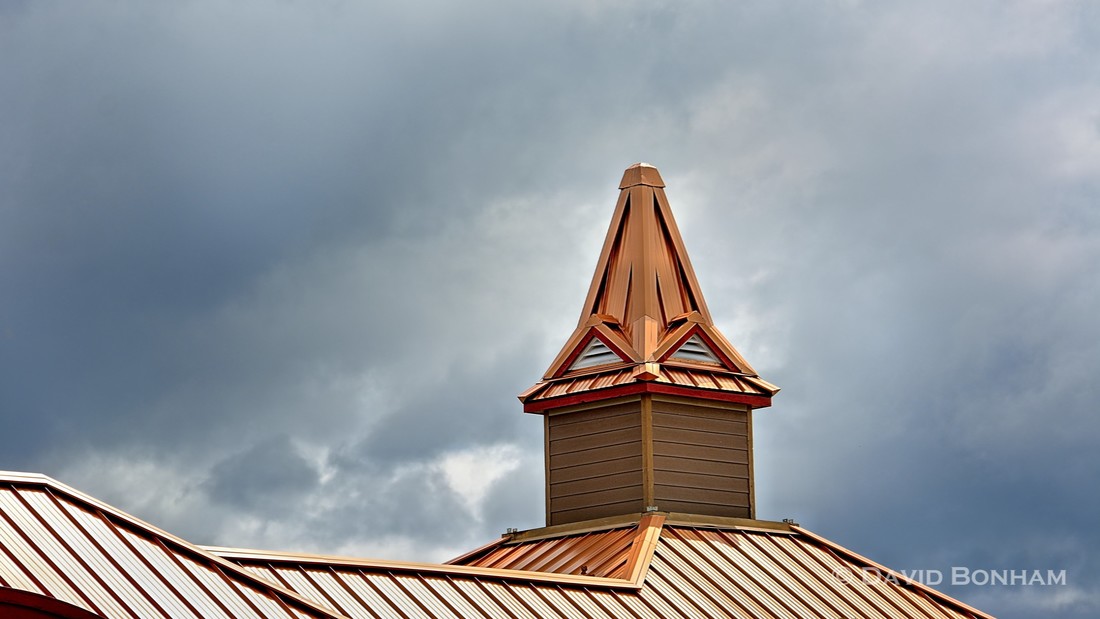 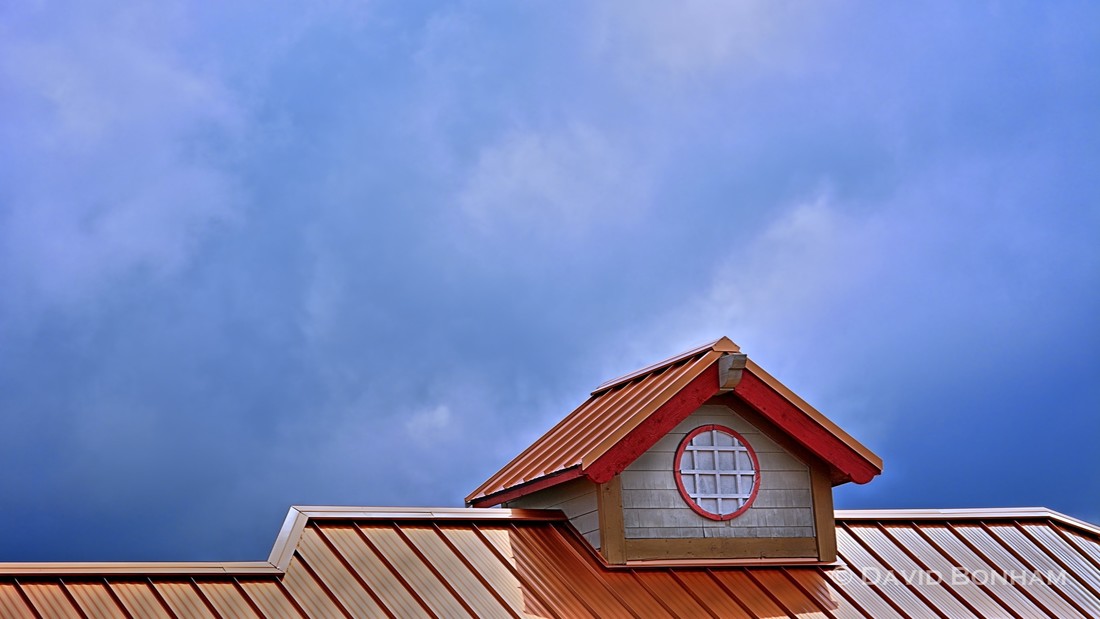 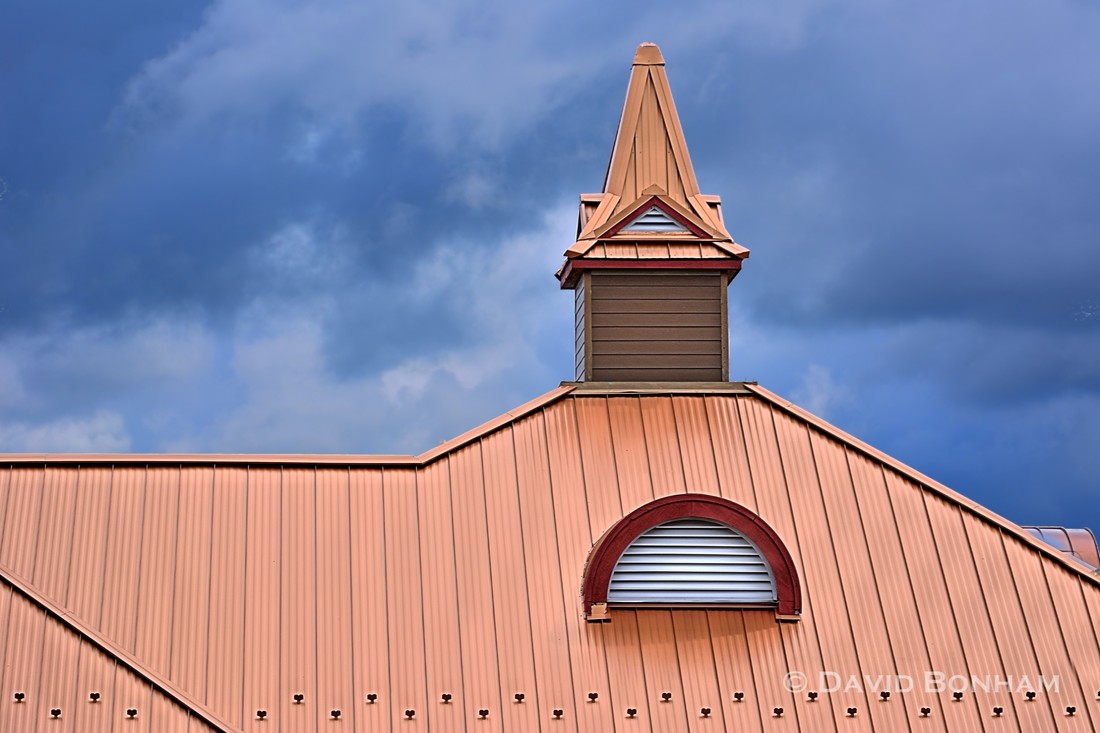 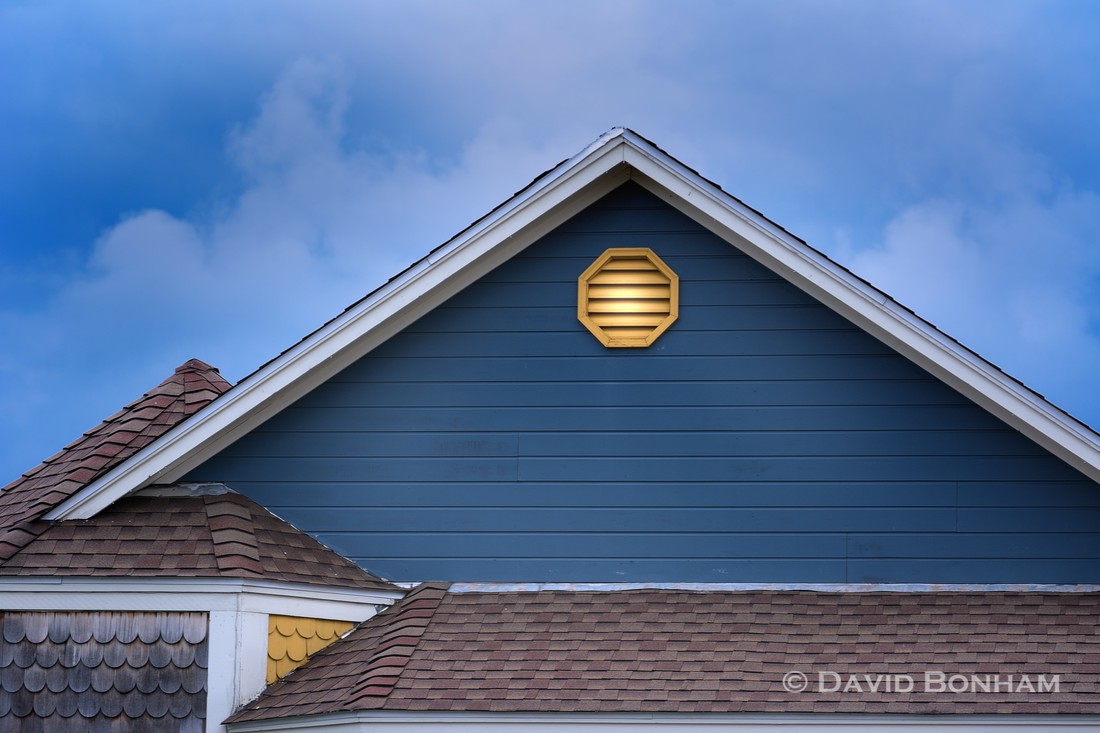 I guess these last two photos are closer to what you would find if you Googled Lake of the Ozarks in Google images.

The shot below was taken from my friend’s condo.  Evidently a lot of the condo residents were pretty upset when the tower (shown in the center) went up recently.  As a photographer I normally hate towers and electrical and phone lines that ruin landscapes or buildings I’m trying to photograph.  In this case I think the tower adds interest.  I don’t know how many times in the past I’ve taken this shot but deleted it because I thought it was boring.  Of course if I had paid for one of these condos, in part to sit on my balcony and enjoy the natural scenery, I might be a little miffed too. 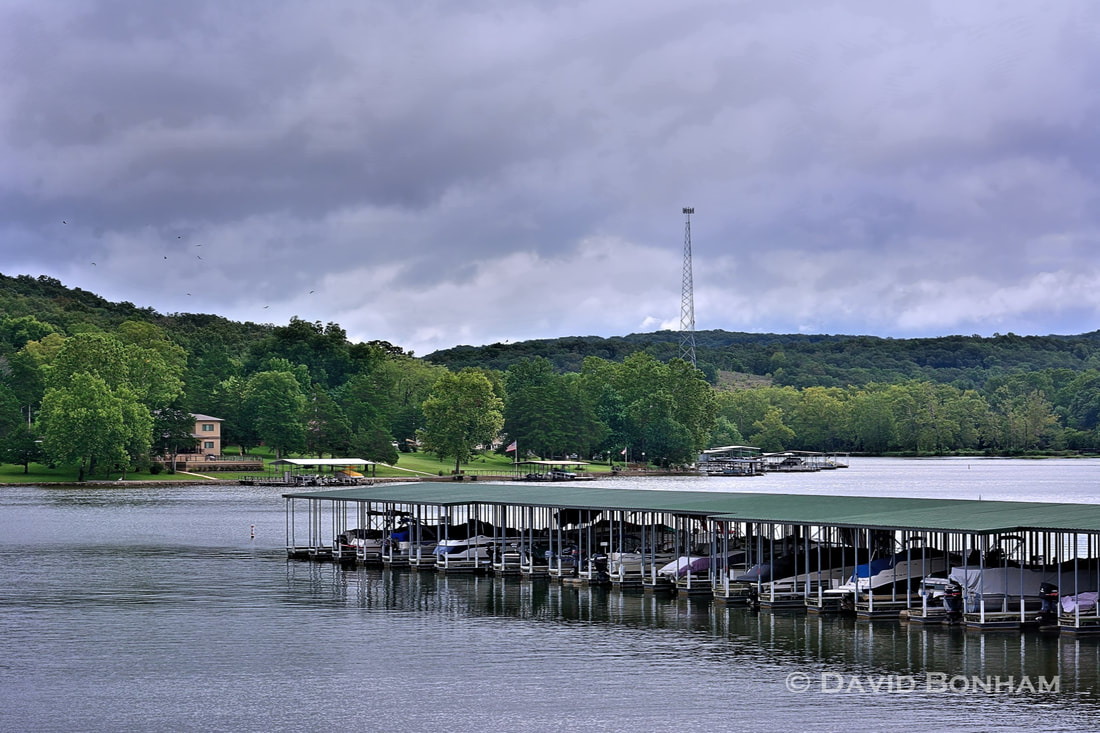 A low sun was throwing some great lighting between the condo buildings.  Unfortunately a cloudless, light grey sky was not was not adding anything and in fact it was making things look pretty drab.  I stepped in to help, at least I think it helped. 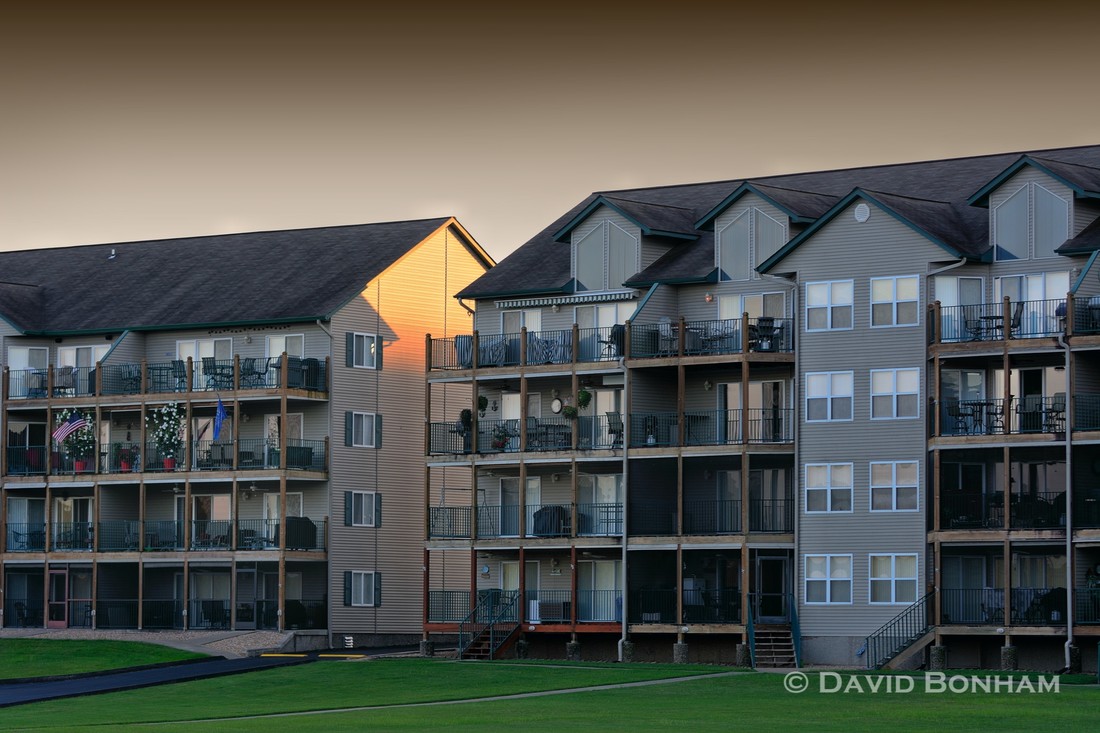 4 thoughts on “Lake of the Ozarks, Missouri”